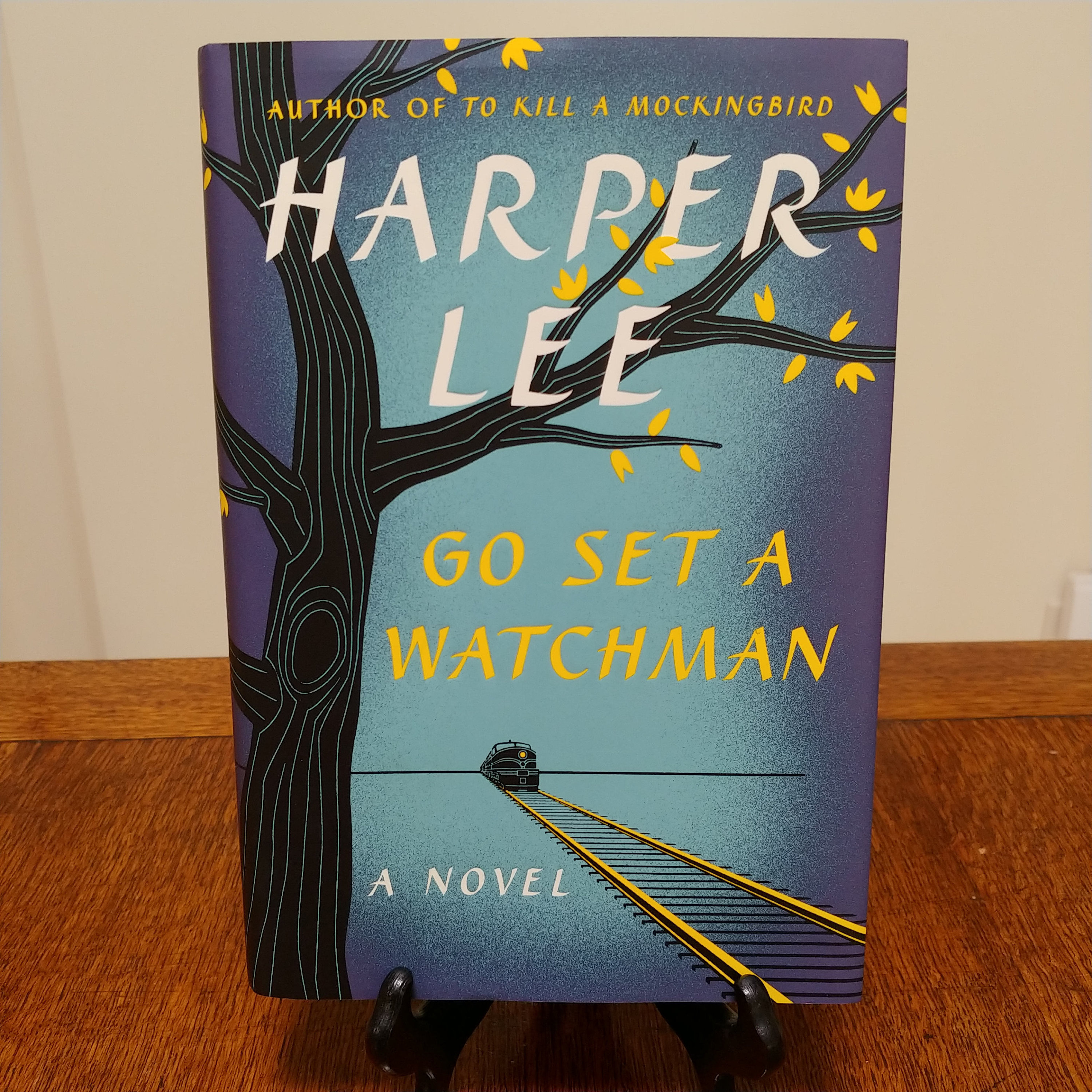 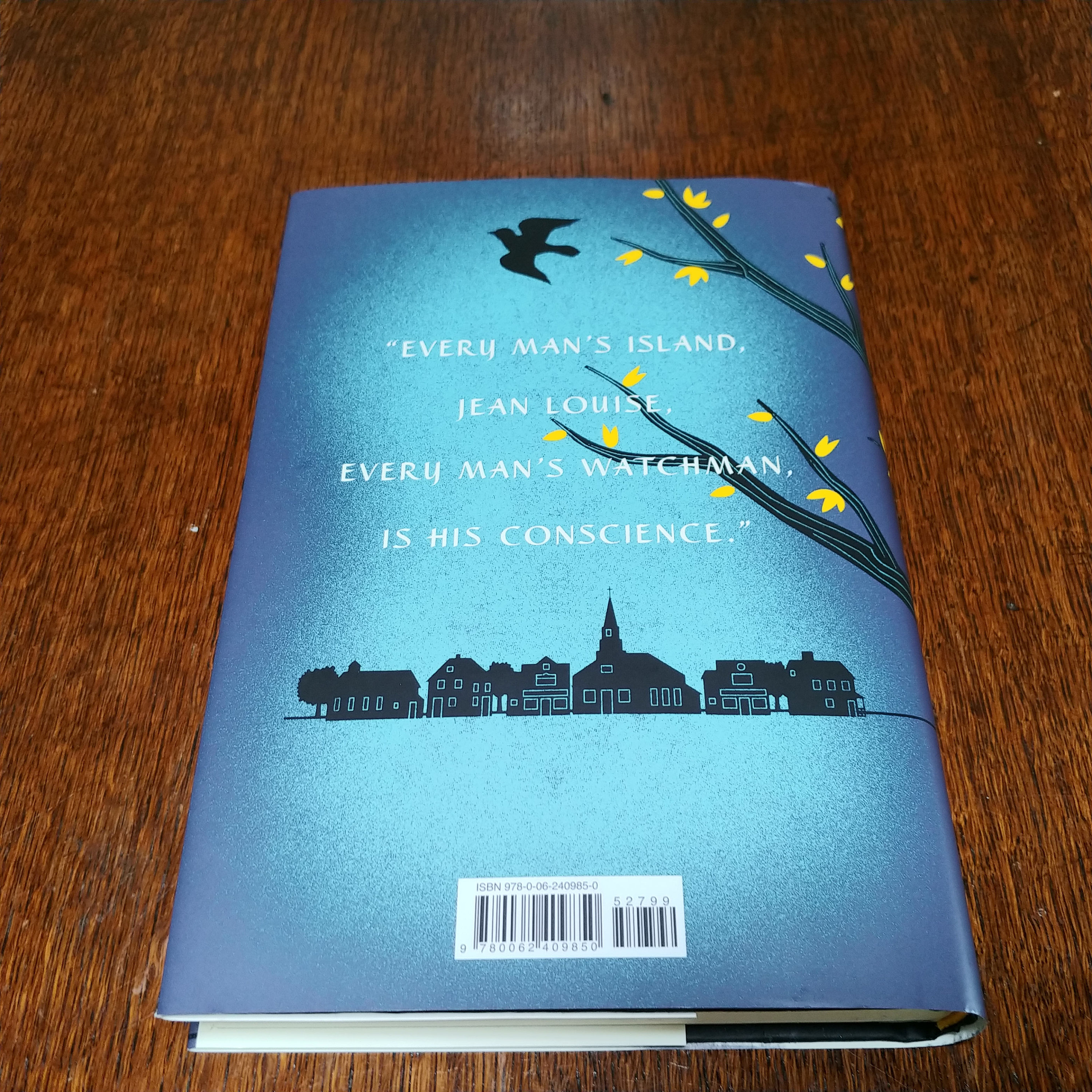 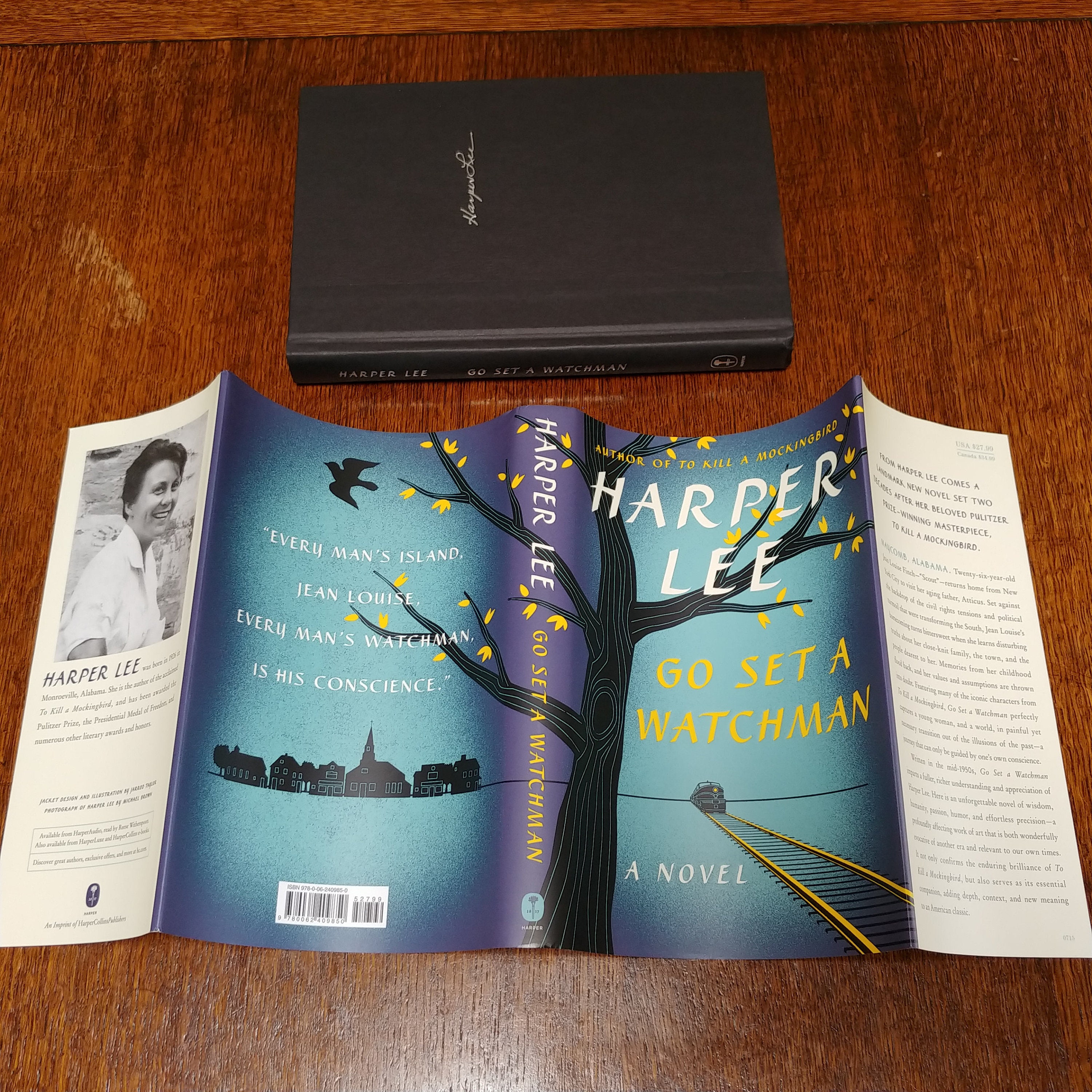 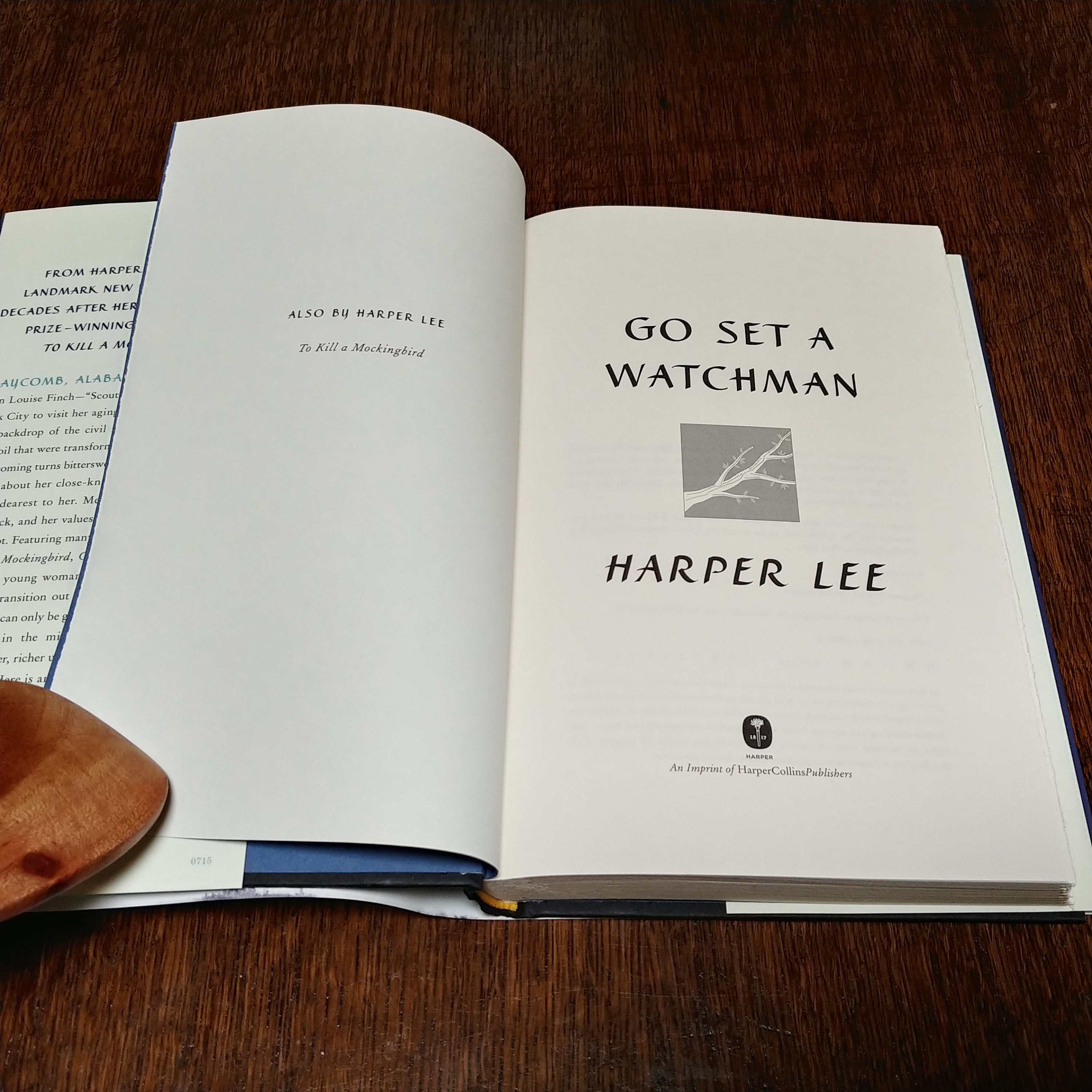 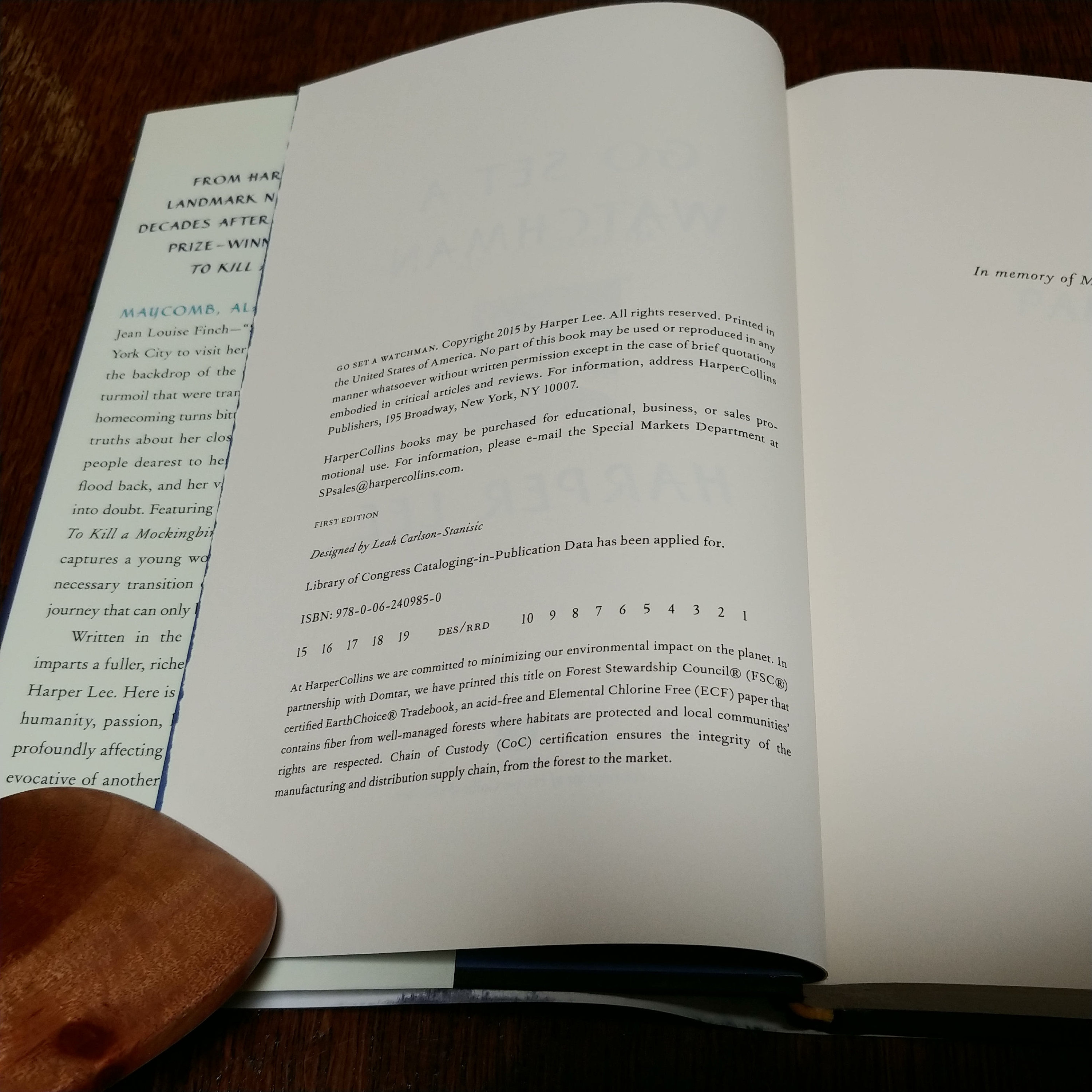 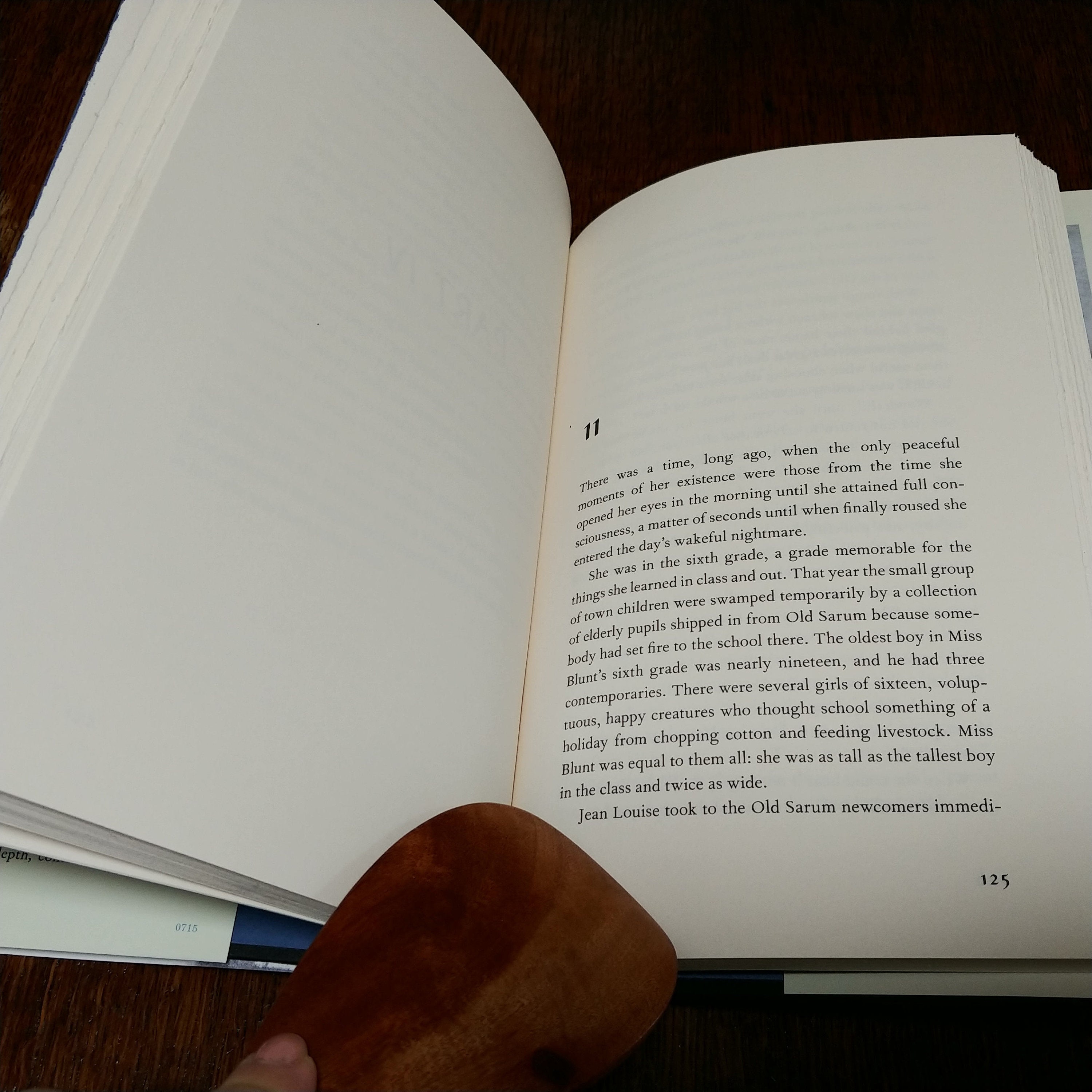 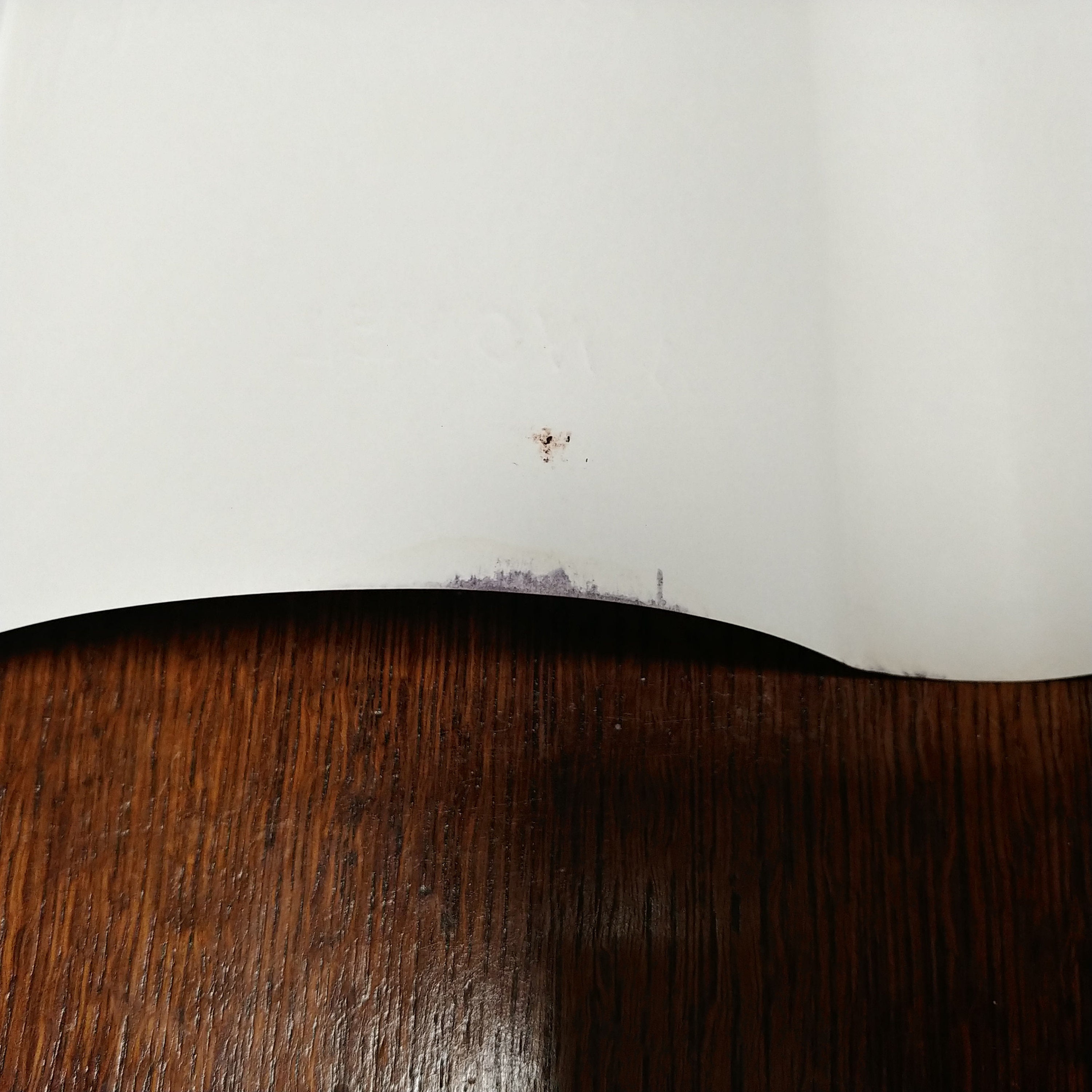 First edition of Go Set A Watchman by Harper Lee, the acclaimed story that Lee wrote before To Kill A Mockingbird.

"Every man's island, Jean Louise, every man's watchman, is his conscience."

Harper Lee first submitted Go Set A Watchman to her editor, and in this early draft, Jean Louise, a young woman who'd left Monroeville, Alabama for New York City, comes home and has her childhood illusions of her father and her hometown shattered by the reality of racism in the Deep South in the 1950s. Her editor believed it was too difficult a story for their readers' sensibilities at the time, in the early days of the Civil Rights movement, and suggested a rewrite from Jean Louise's perspective as a young girl. The result two years later was To Kill A Mockingbird, which sealed our affection for Atticus, Scout, Jem and Boo, and our understanding of Tom Robinson, and is revered today as "our national novel". But Watchman simply waited for its time.

As The New York Times wrote in its review:

"One of the emotional through-lines in both “Mockingbird” and “Watchman” is a plea for empathy — as Atticus puts it in “Mockingbird” to Scout: “You never really understand a person until you consider things from his point of view.” The difference is that “Mockingbird” suggested that we should have compassion for outsiders like Boo and Tom Robinson, while “Watchman” asks us to have understanding for a bigot named Atticus."

Watchman is still a difficult read. But Watchman and Mockingbird are inseparable, each story one side of the same coin. Where Mockingbird is idealistic, Watchman is true. To be able to imagine the best we can be, we have to know who we are.

Condition*: Near Fine/Near Fine. The inside lower edge of the dust jacket shows a small blue stain, apparently from the cover board, though there are no signs of moisture on the boards, text block, or pages.