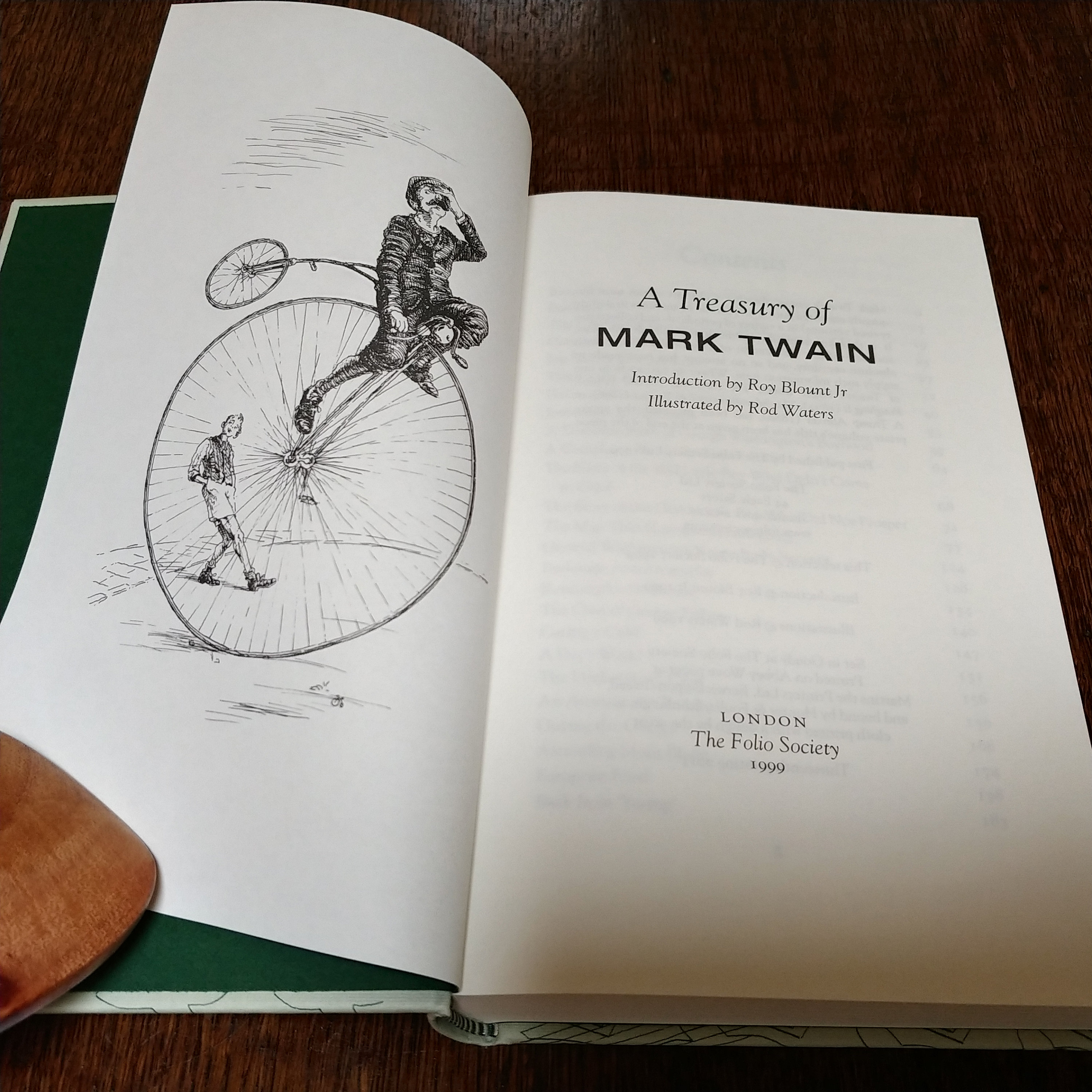 A deluxe edition of A Treasury of Mark Twain published by The Folio Society.

As fellow humorist Roy Blount, Jr. writes in the Introduction, "I put it to you simply that the most impressive thing about Mark Twain is, he is still funny".

I agree, and would add that his humor made his telling of the American story more accessible to millions of people.

Yet Mark Twain ranks among the most-censored of all American authors and is difficult to find on many school reading lists. This is understandable but a shame. Twain still has much to tell us, but as a man of his times, though he despised slavery and the romanticization of the Old South's "way of life", he used the language of his times, both intentionally to get his point across and naturally, in contemporary vernacular. If you'd like to introduce a young reader to Mark Twain but are concerned about potentially insensitive language ask your librarian for versions of Huck Finn, Tom Sawyer, and other of Twain's works that have been edited to be more suitable for younger readers.

Contents include The Celebrated Jumping Frog of Calaveras County, Taming The Bicycle, A Touching Story of George Washington's Boyhood, and other great stories.

Condition*: Fine. Please note, this is not a first edition but the thirteenth printing of the Folio Society edition in like new condition.