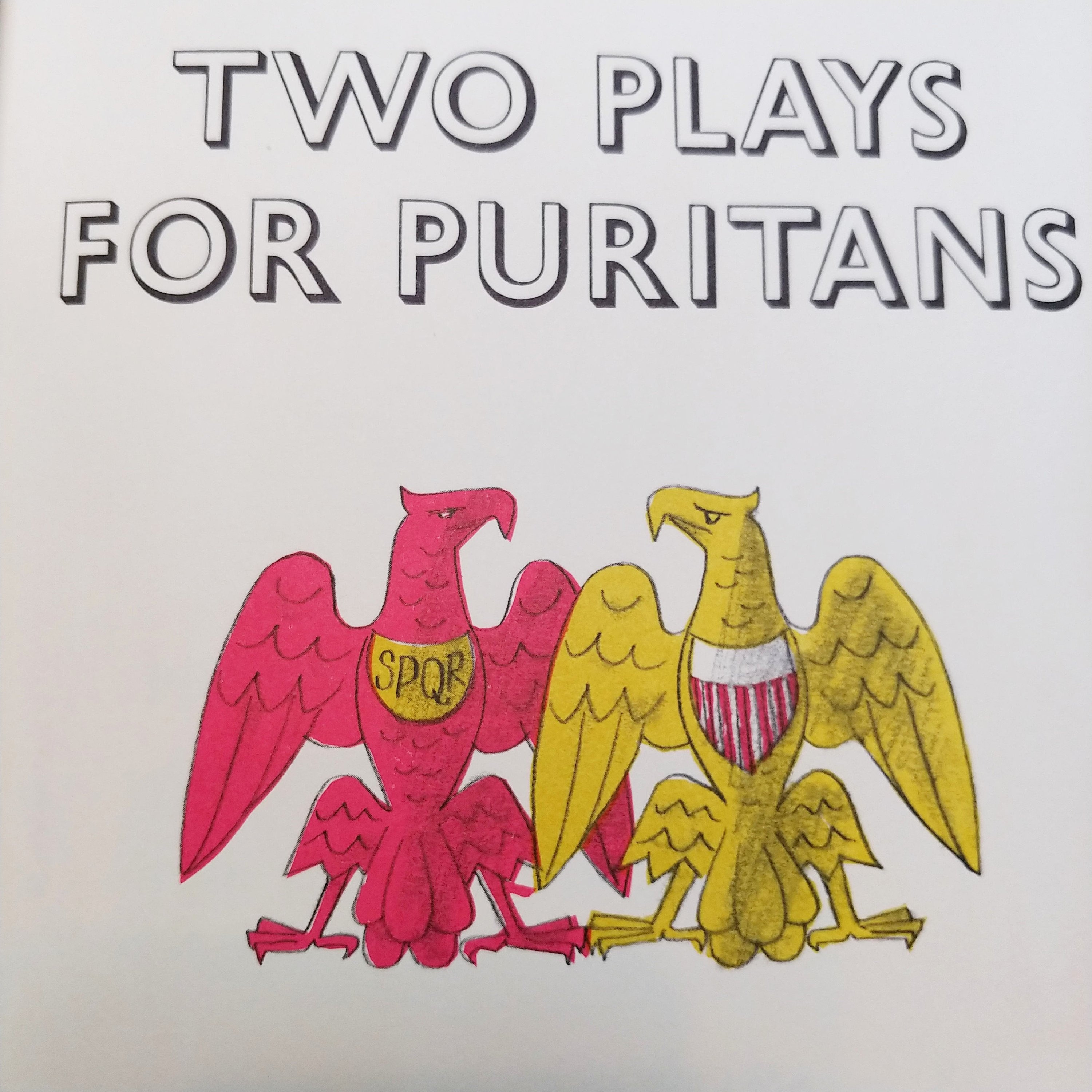 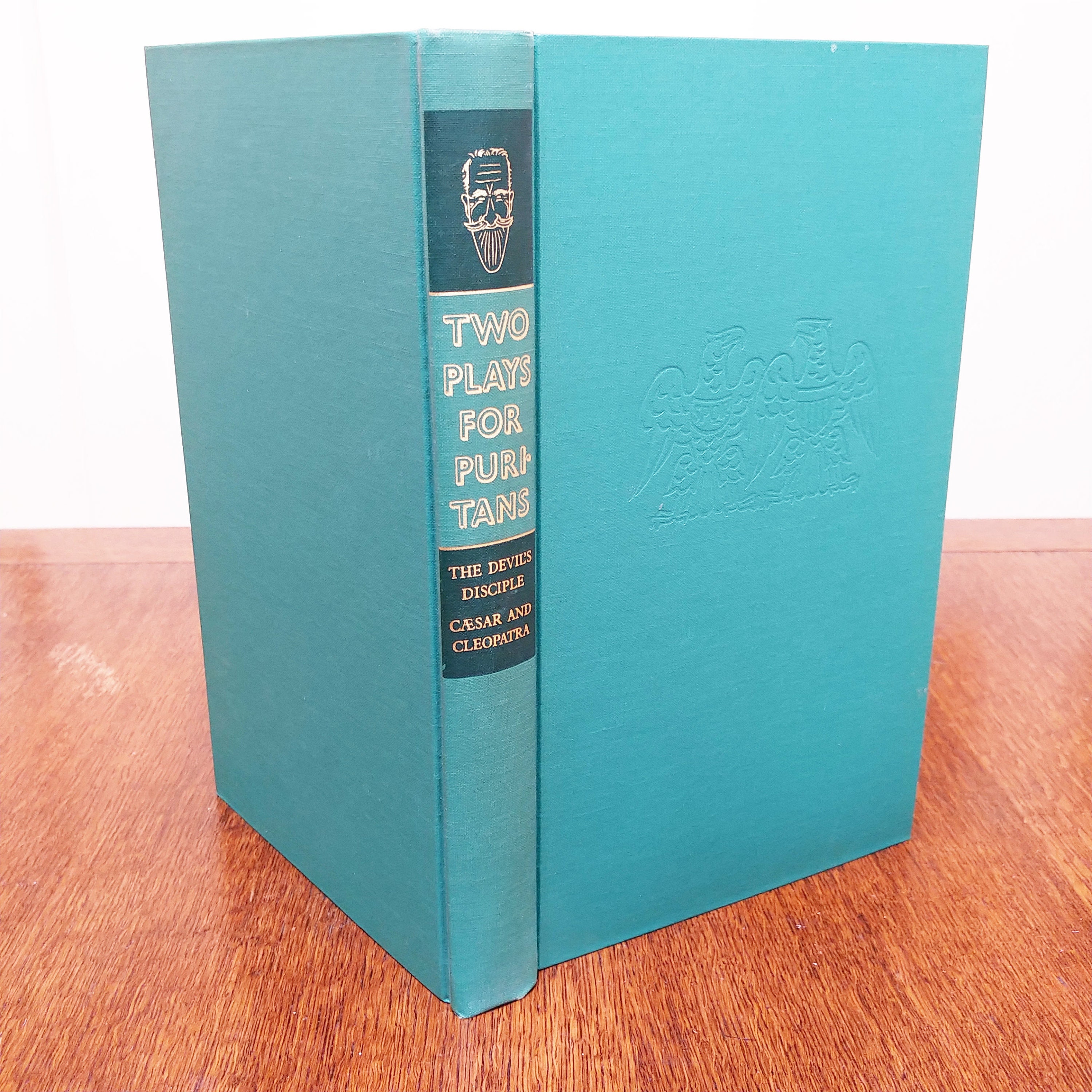 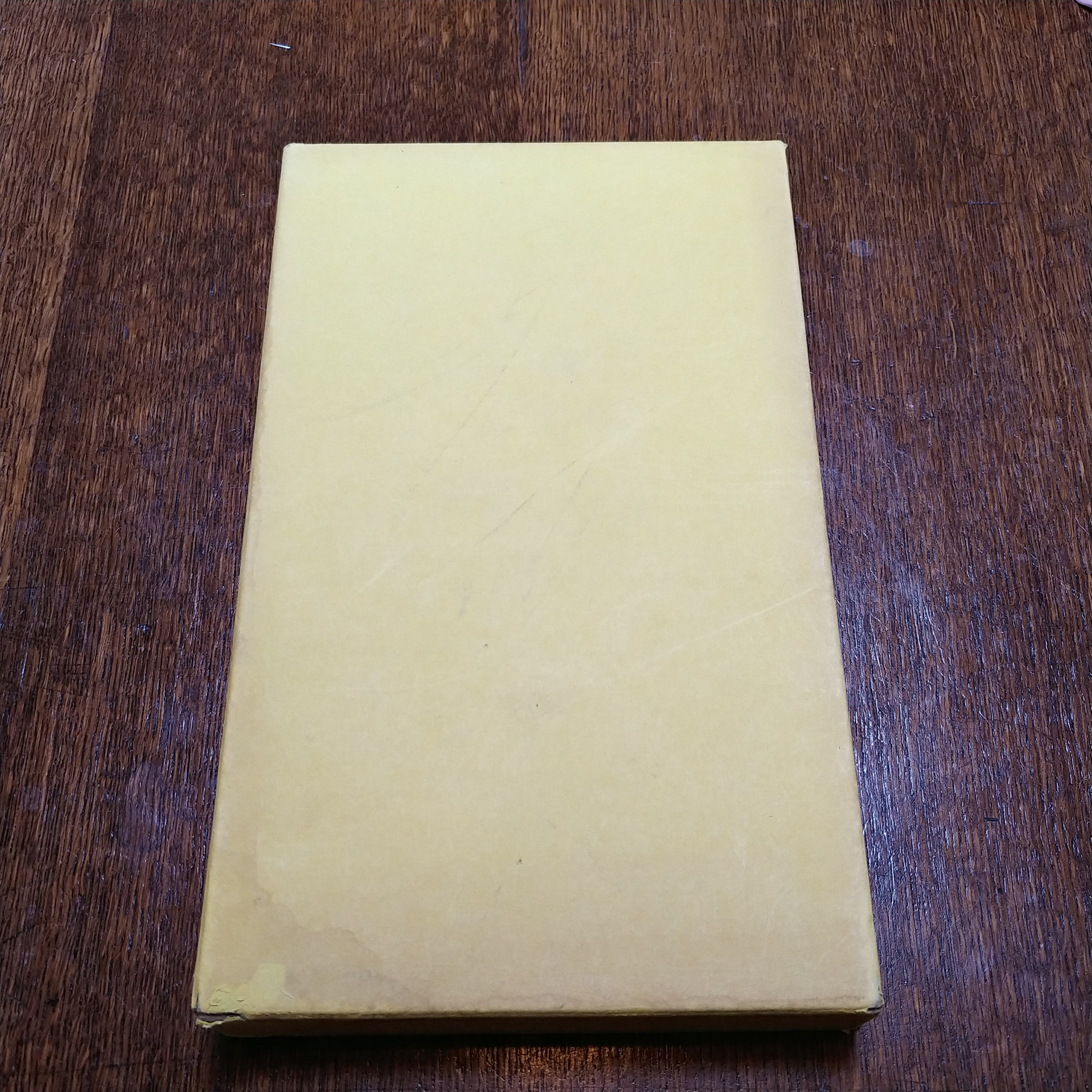 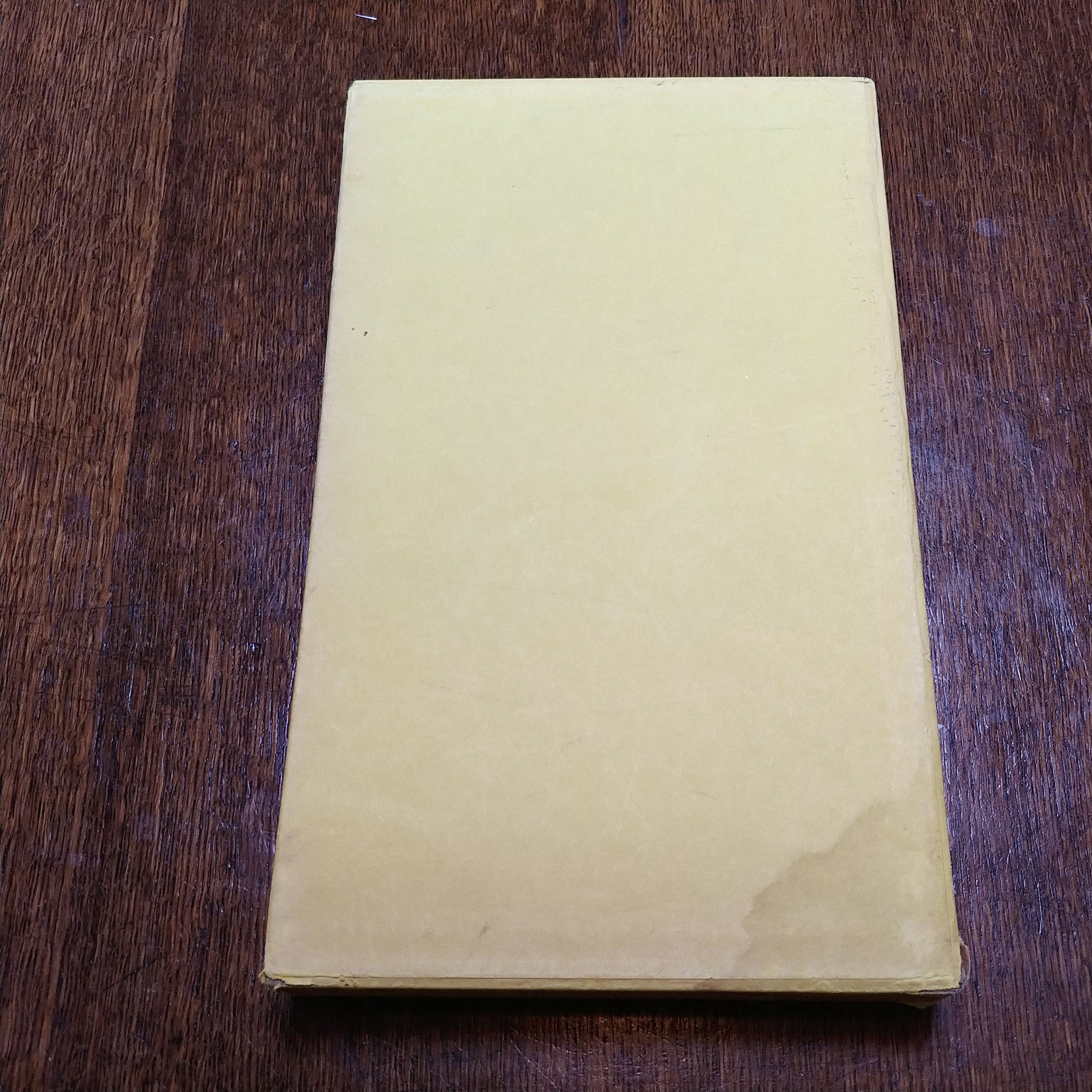 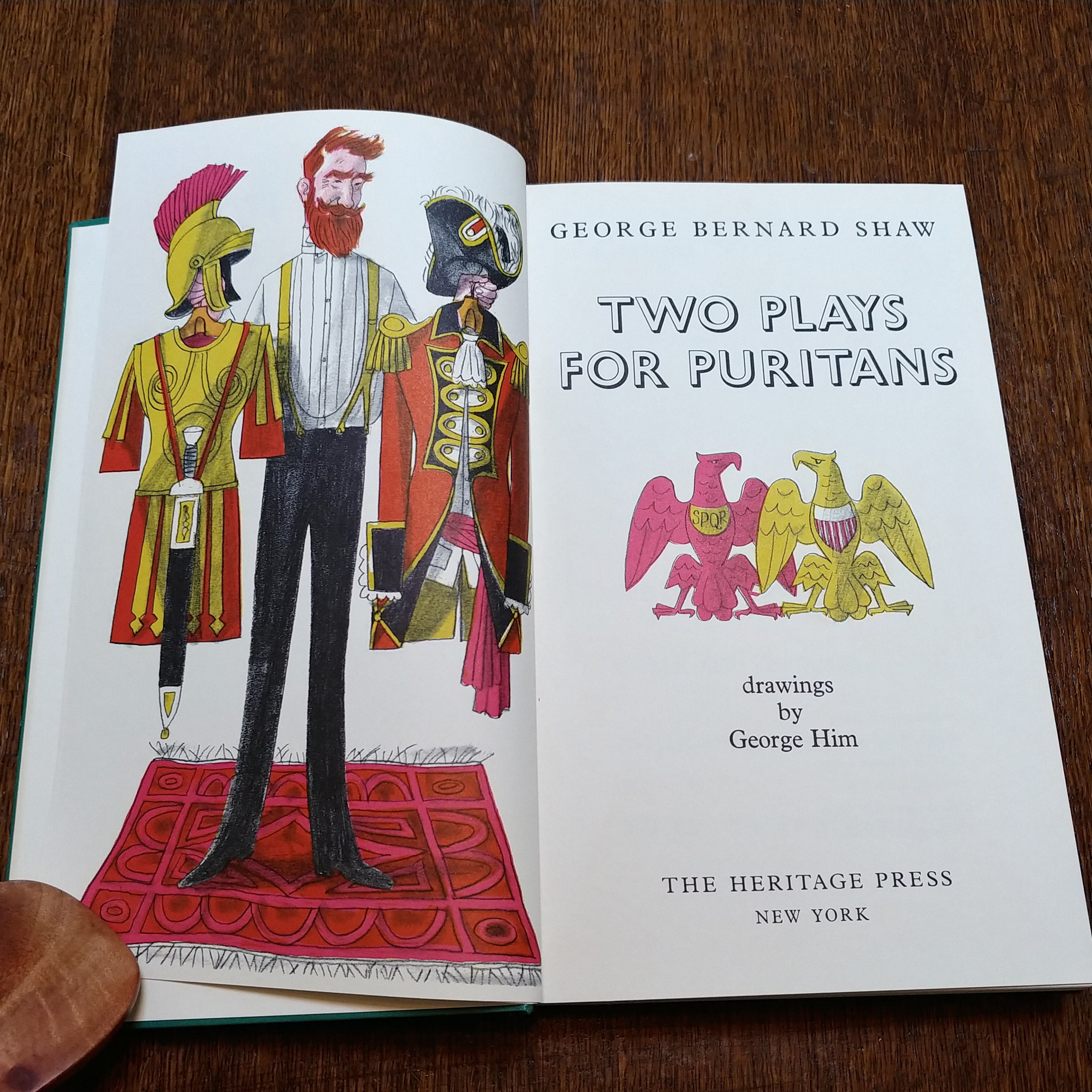 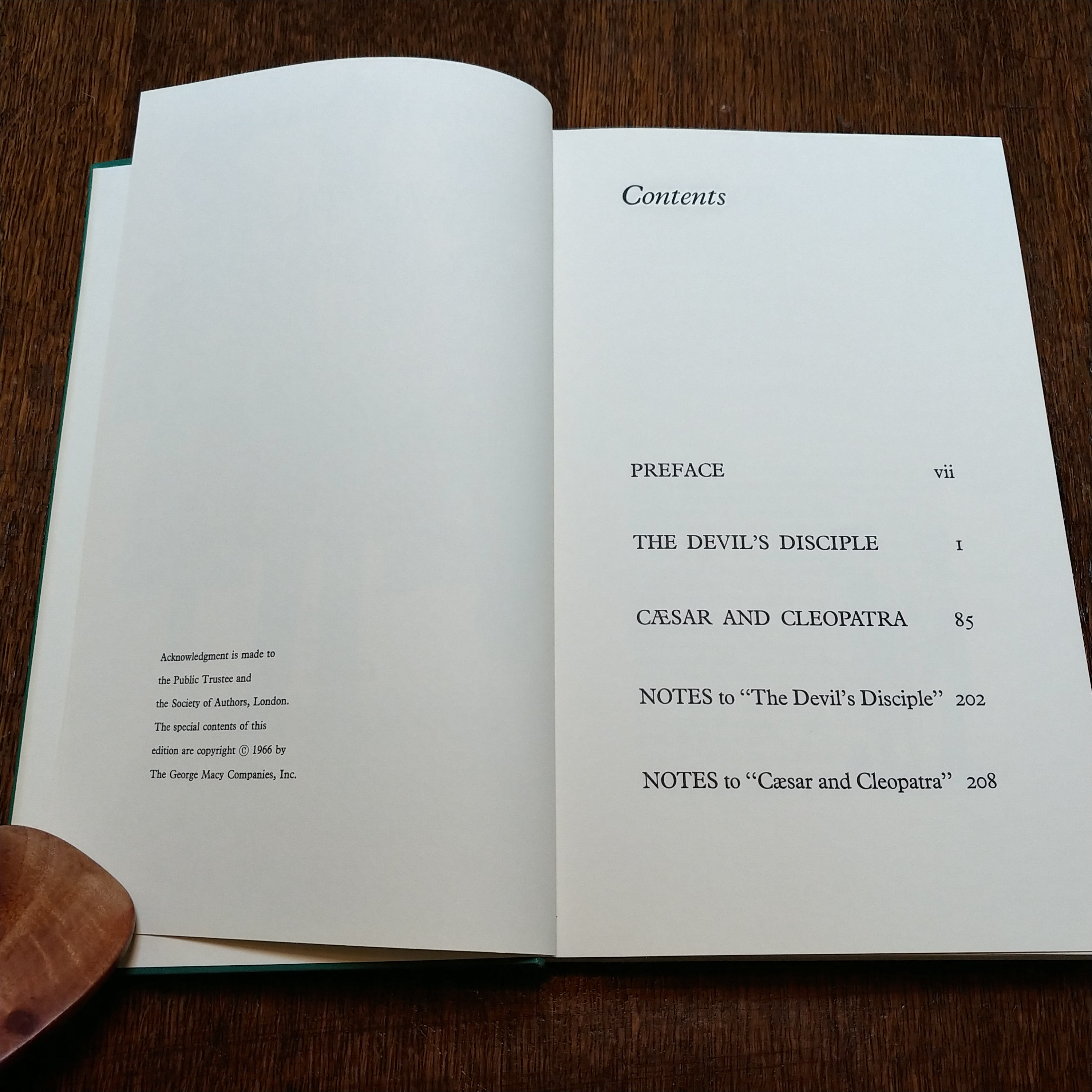 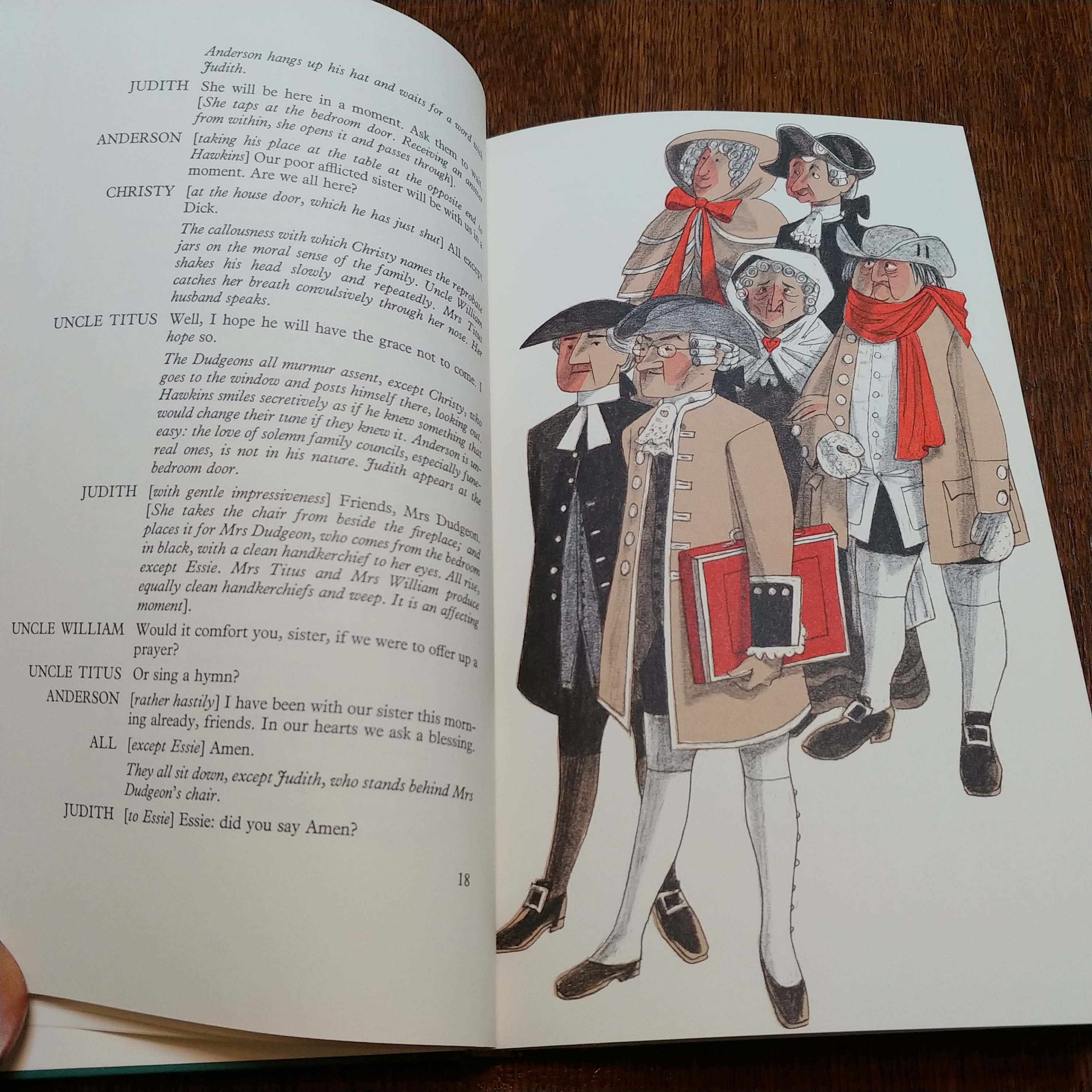 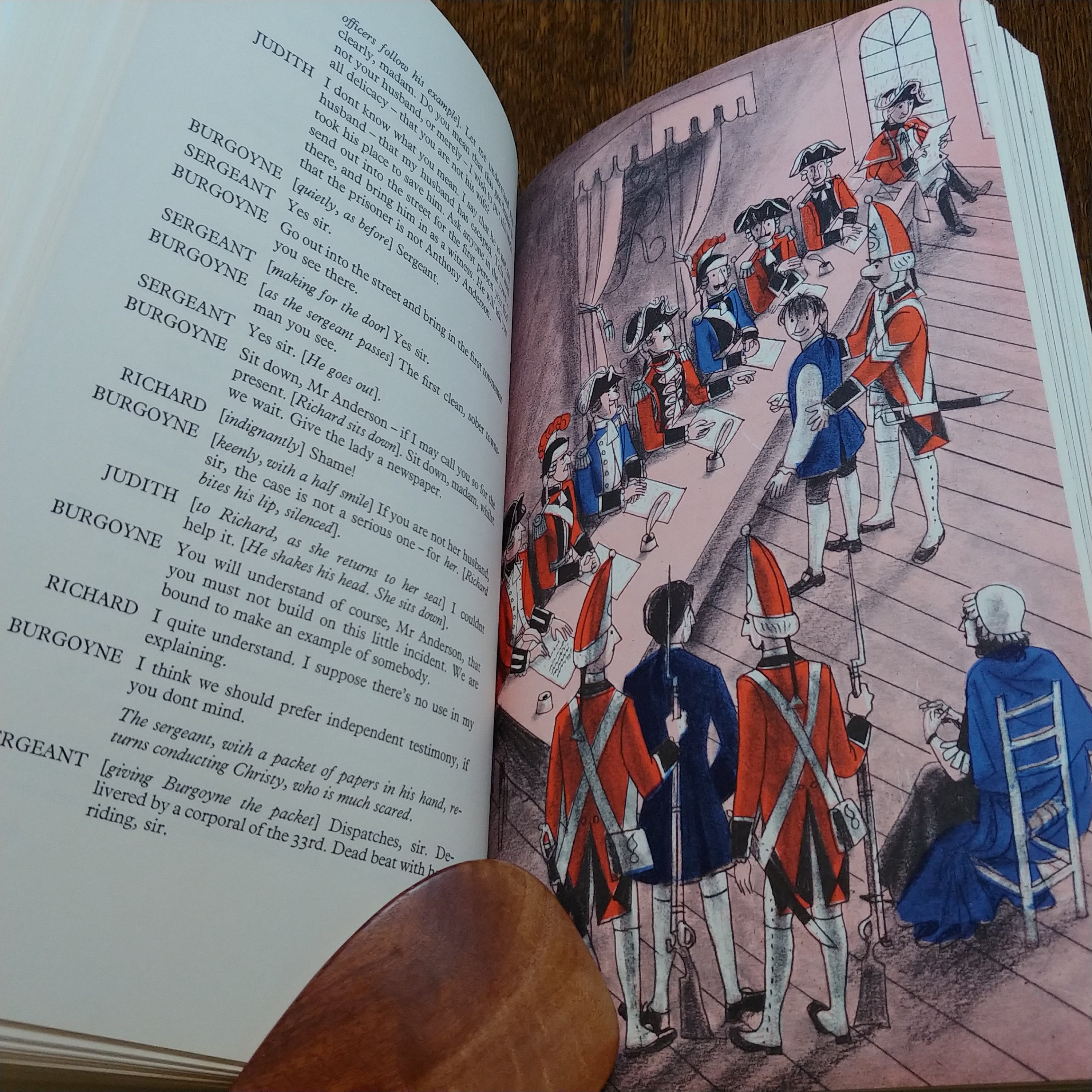 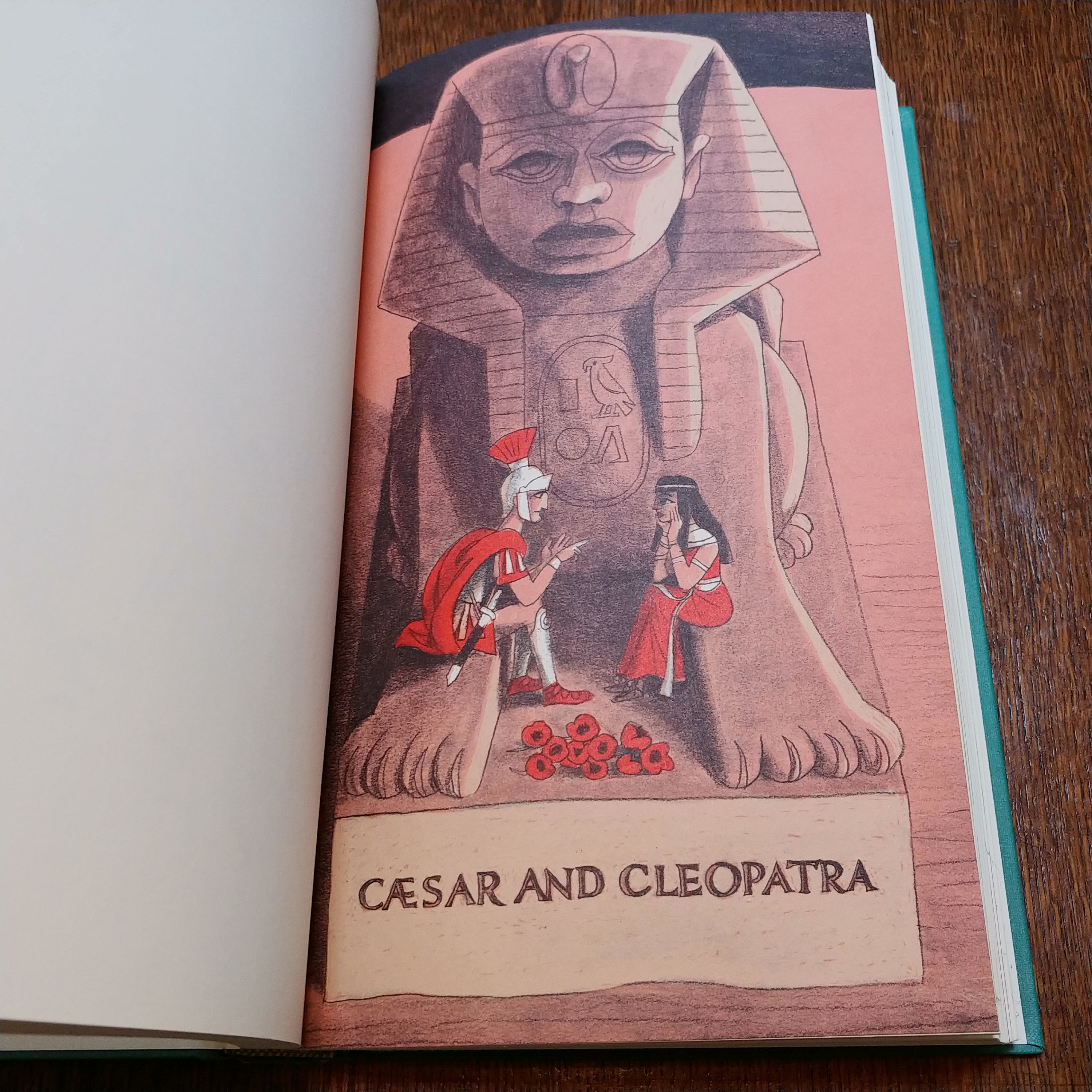 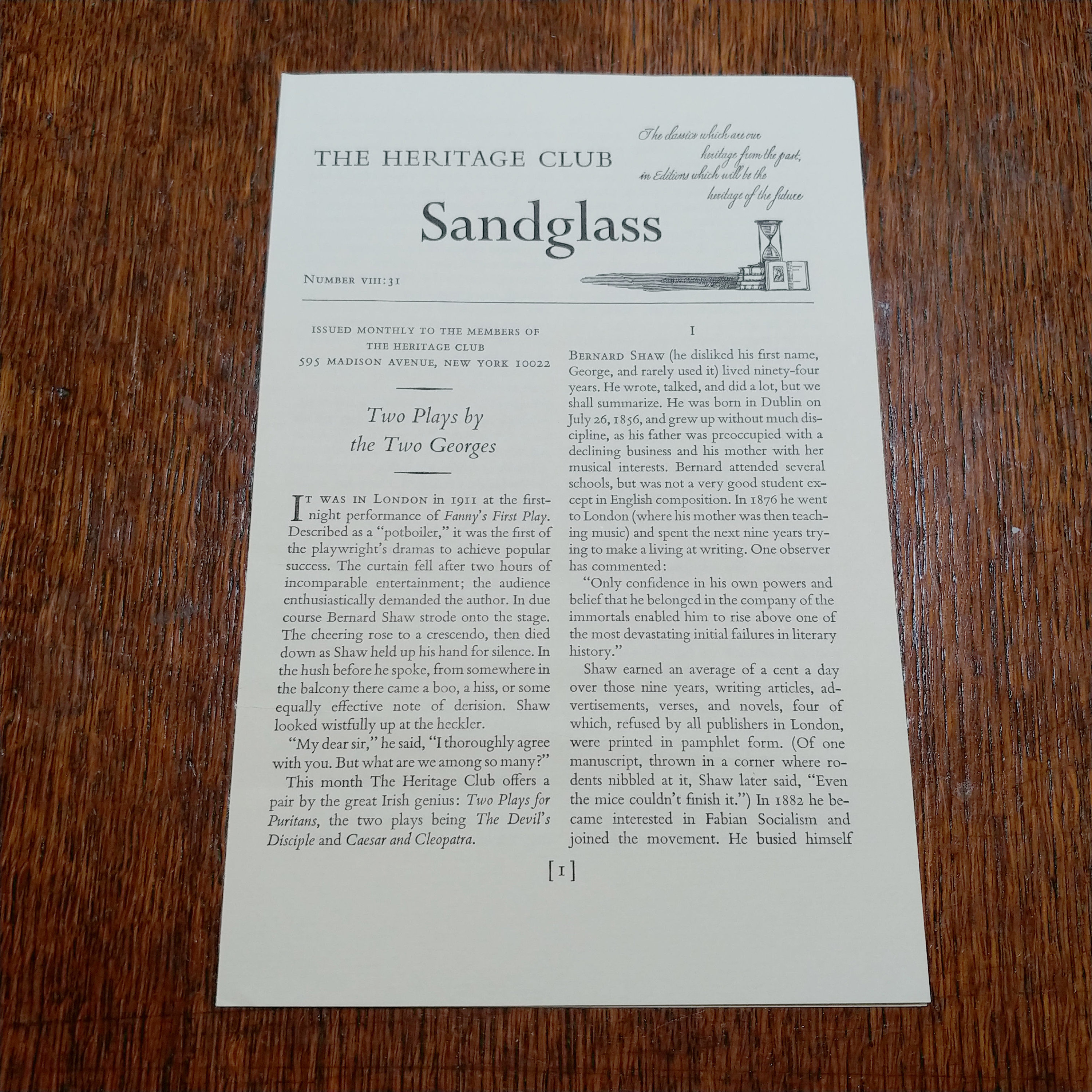 Heritage Press edition of Two Plays for Puritans by George Bernard Shaw, illustrated by George Him.

George Bernard Shaw, or, as he preferred, Bernard Shaw, born in Dublin in 1856, was a playwright, theater critic, and political activist. He wrote over sixty plays over a long life and won the Nobel Prize in literature in 1925.

The Sandglass newsletter, also published by Heritage Press and included with every volume, states:

"Shaw revolutionized the English stage. He forced people to reconsider their old habits of thoughts, for almost every one of his plays is a dramatized sermon on the desperate need to reform society before it is too late. He fought against poverty, exploitation of people, vivisection, censorship, divorce laws, blinding patriotism, and pessimism. The things he fought for included a national theatre, a form of Socialism, a new phonetic alphabet and simplified spelling."

"We who see or read The Devil's Disciple are certainly a little better educated regarding Shaw;s ideas on intellectual freedom and the military mind. And in Caesar and Cleopatra, Shaw tells us something about genius and greatness."

Artist George Him (1900- 1982) was a Polish-born British graphic designer and illustrator well-known for advertising graphics and illustrated books.

Condition*: Near Fine/Good. Without dust jacket, as issued. The pale yellow slipcase is moisture stained at the tale of the spine and soiled along the spine. Includes Heritage Press Sandglass newsletter that accompanied the book.