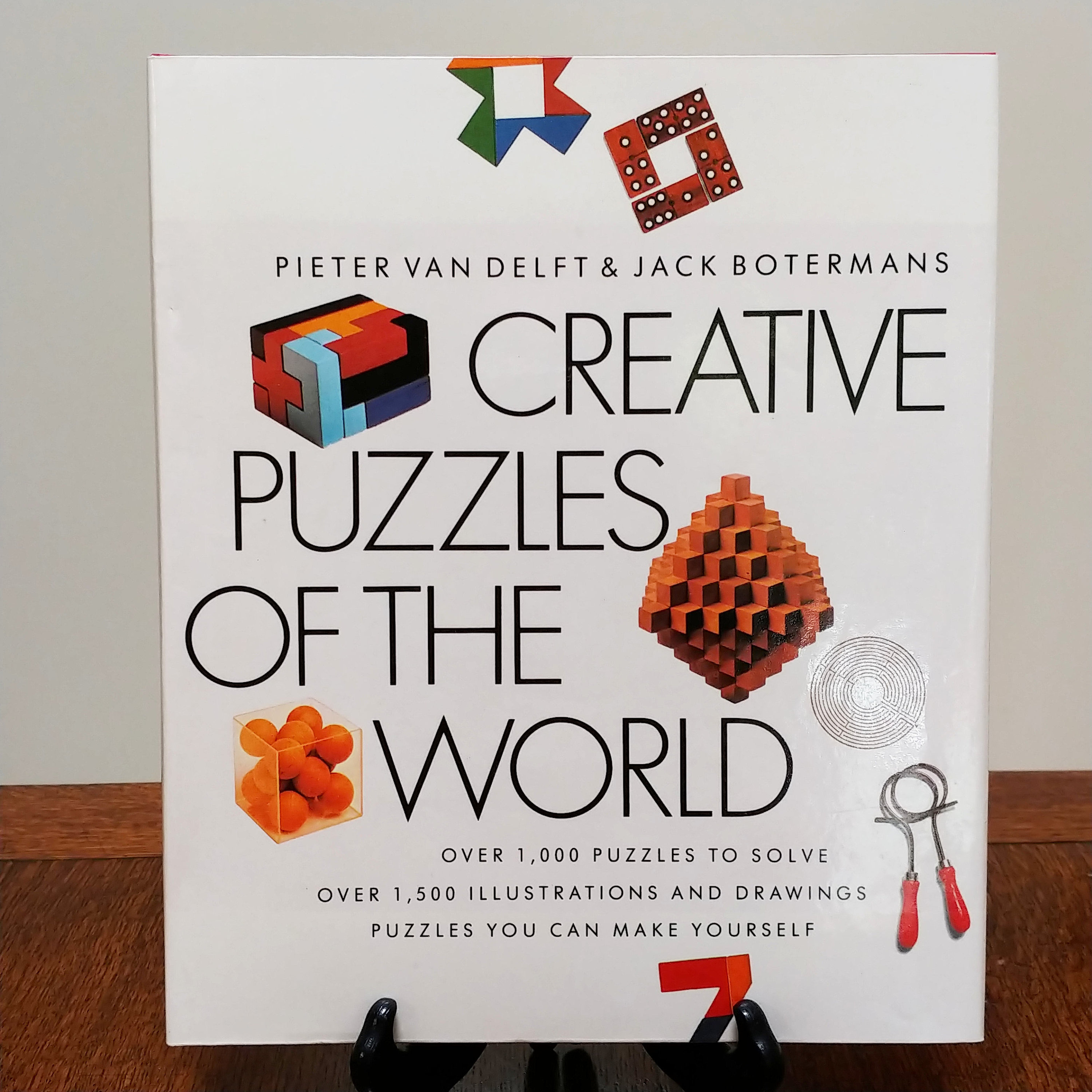 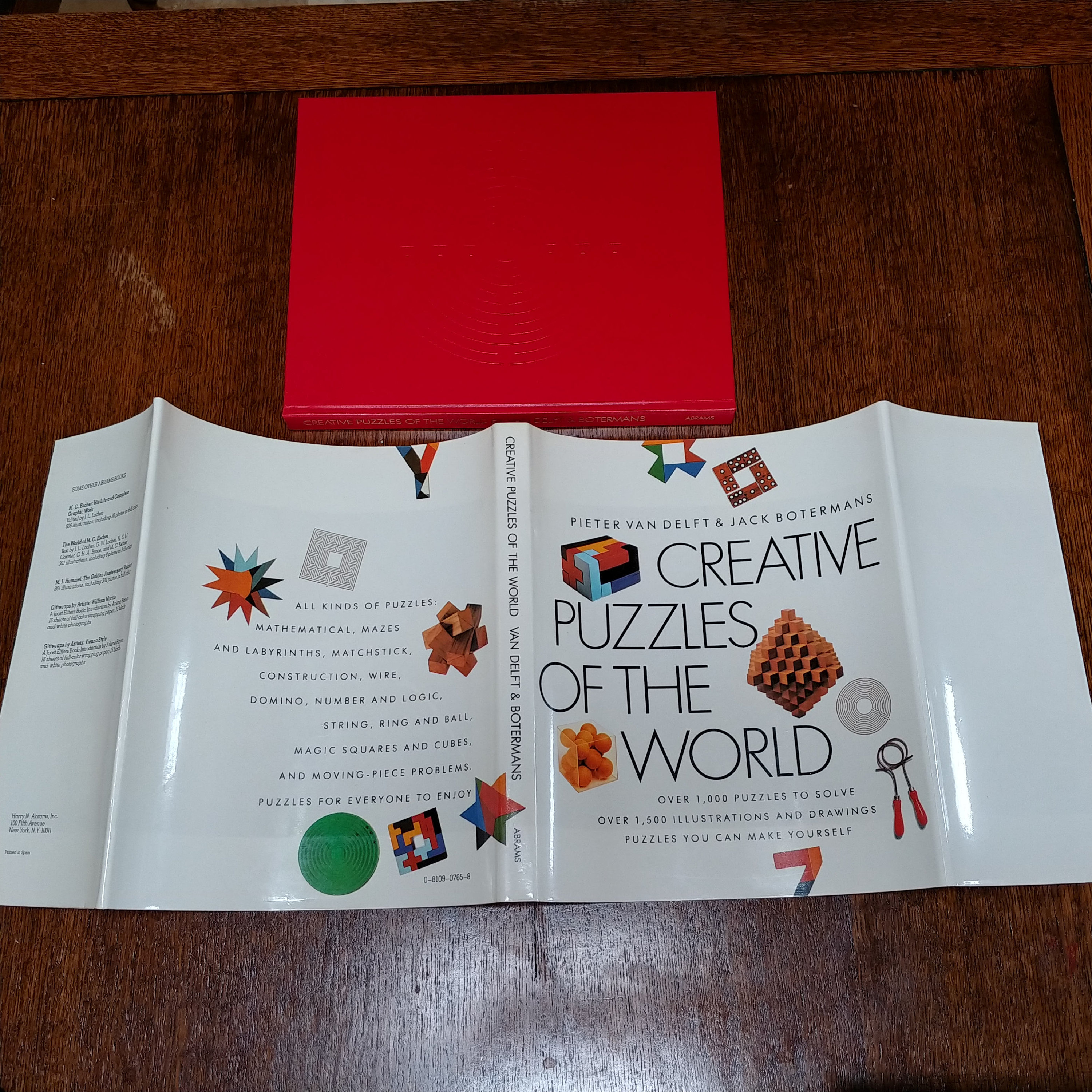 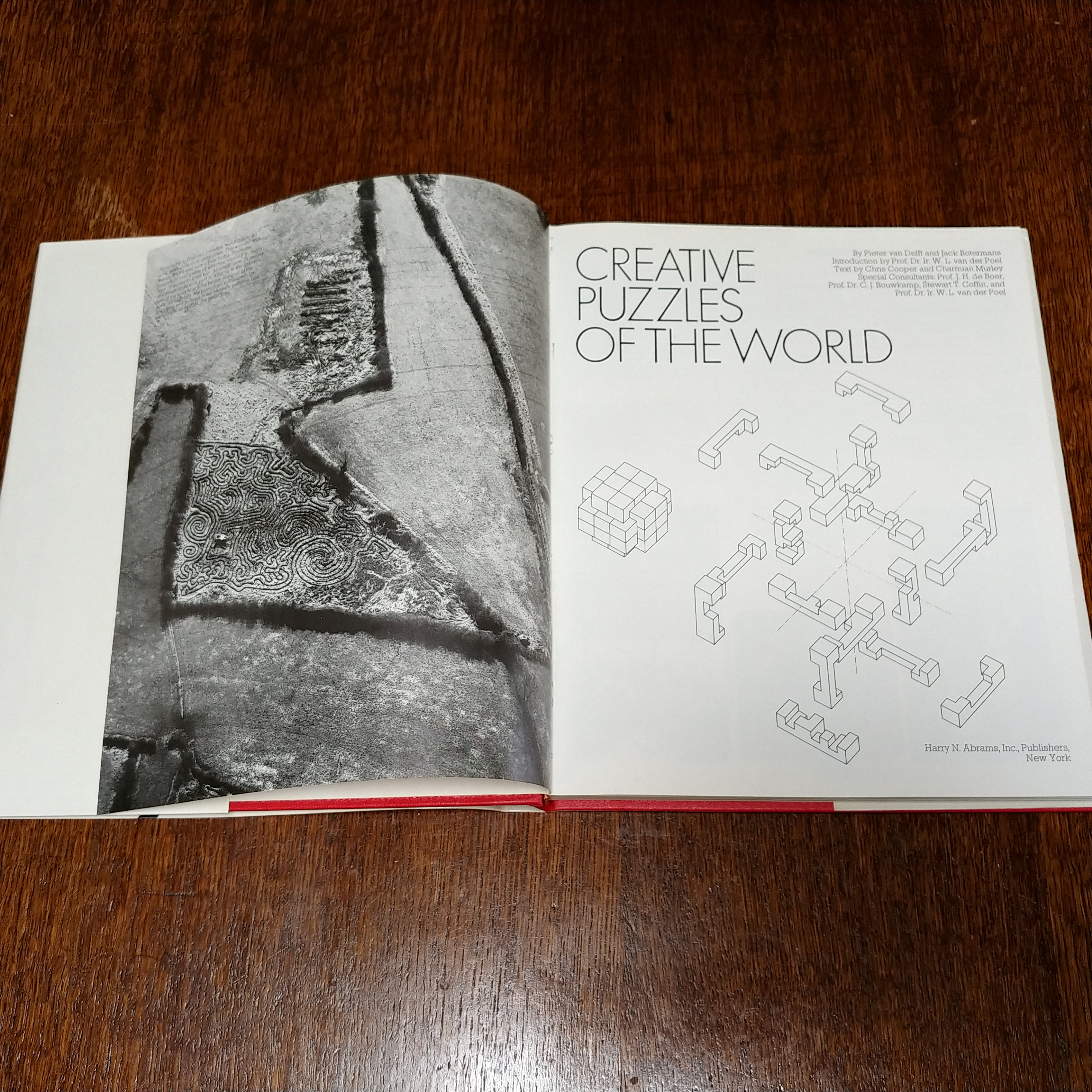 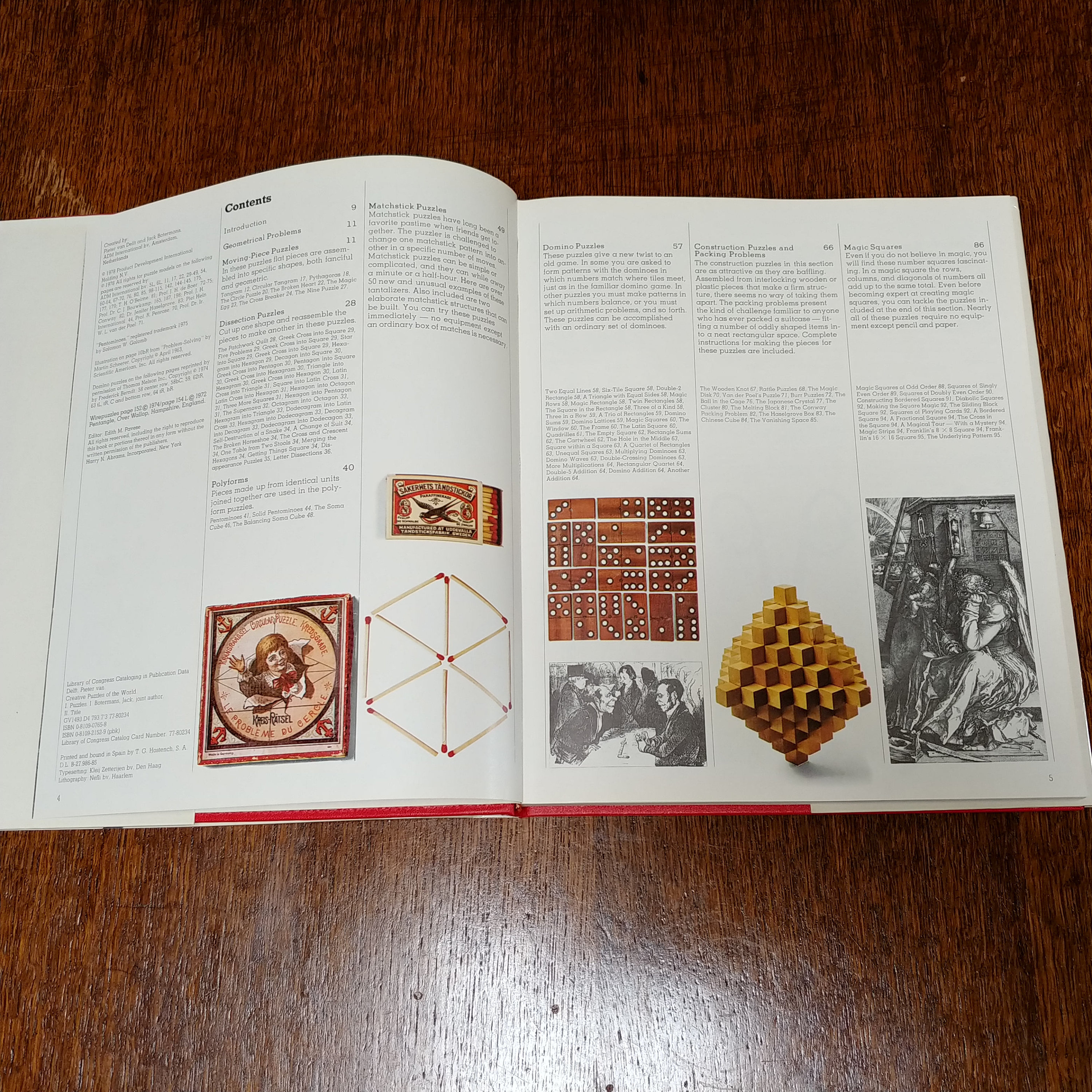 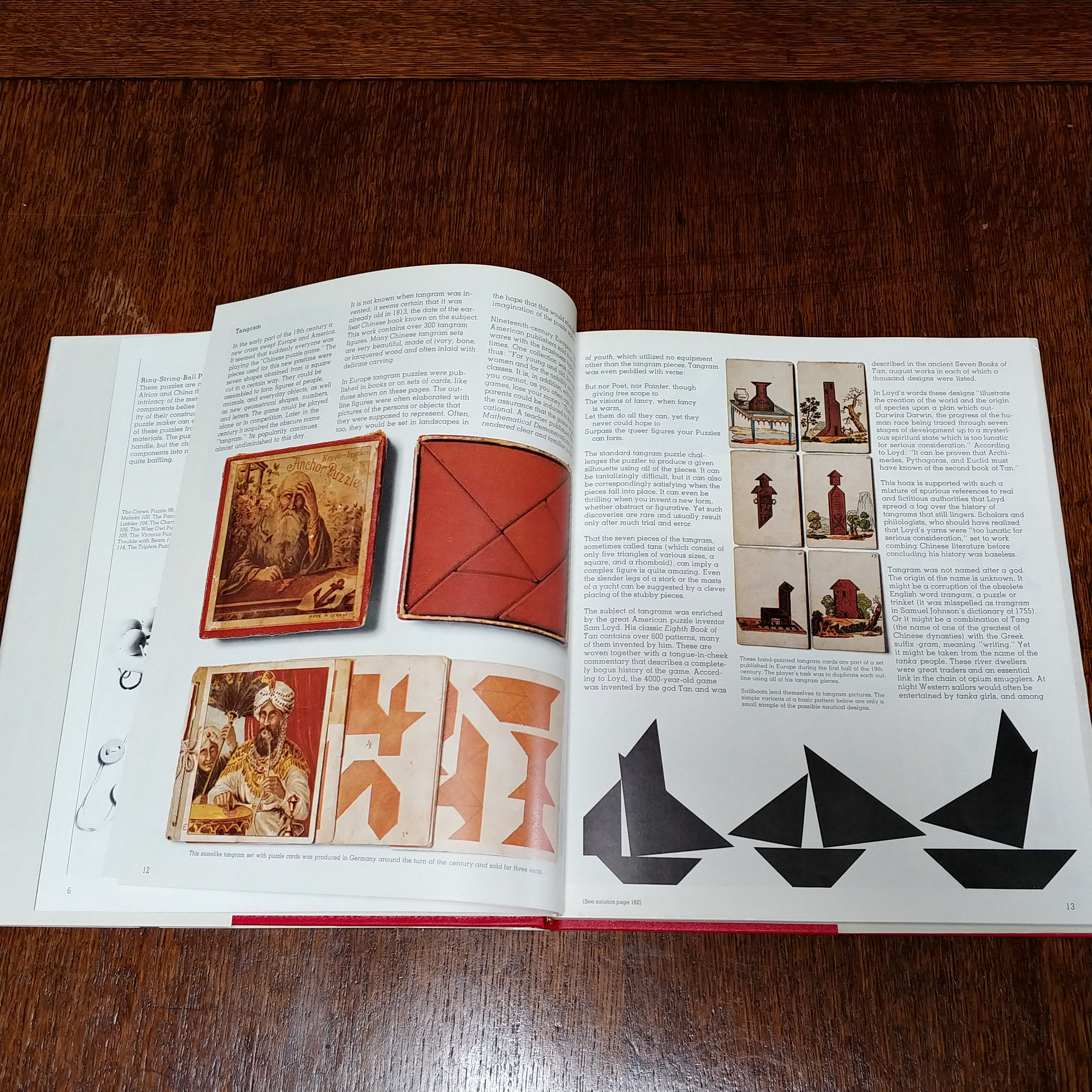 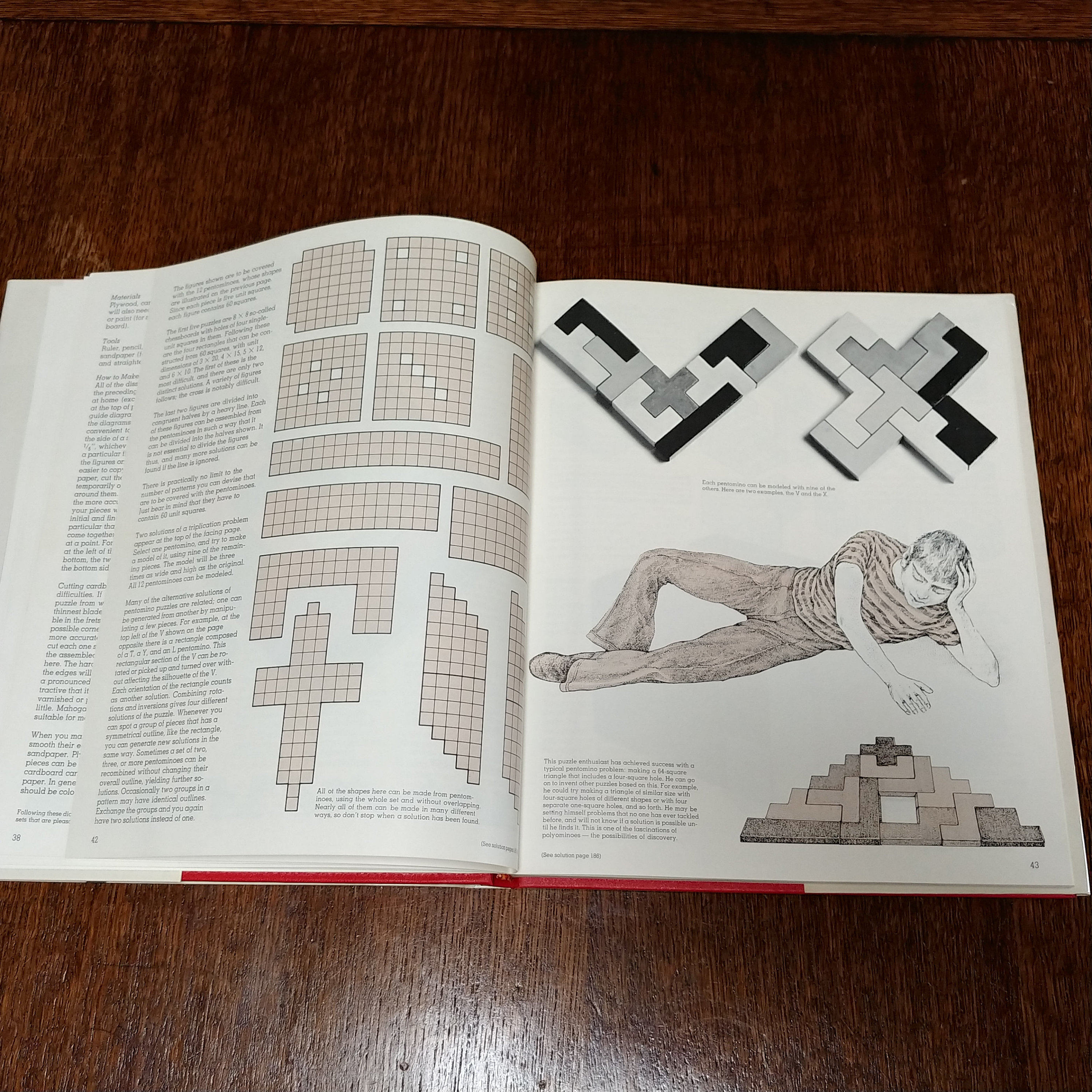 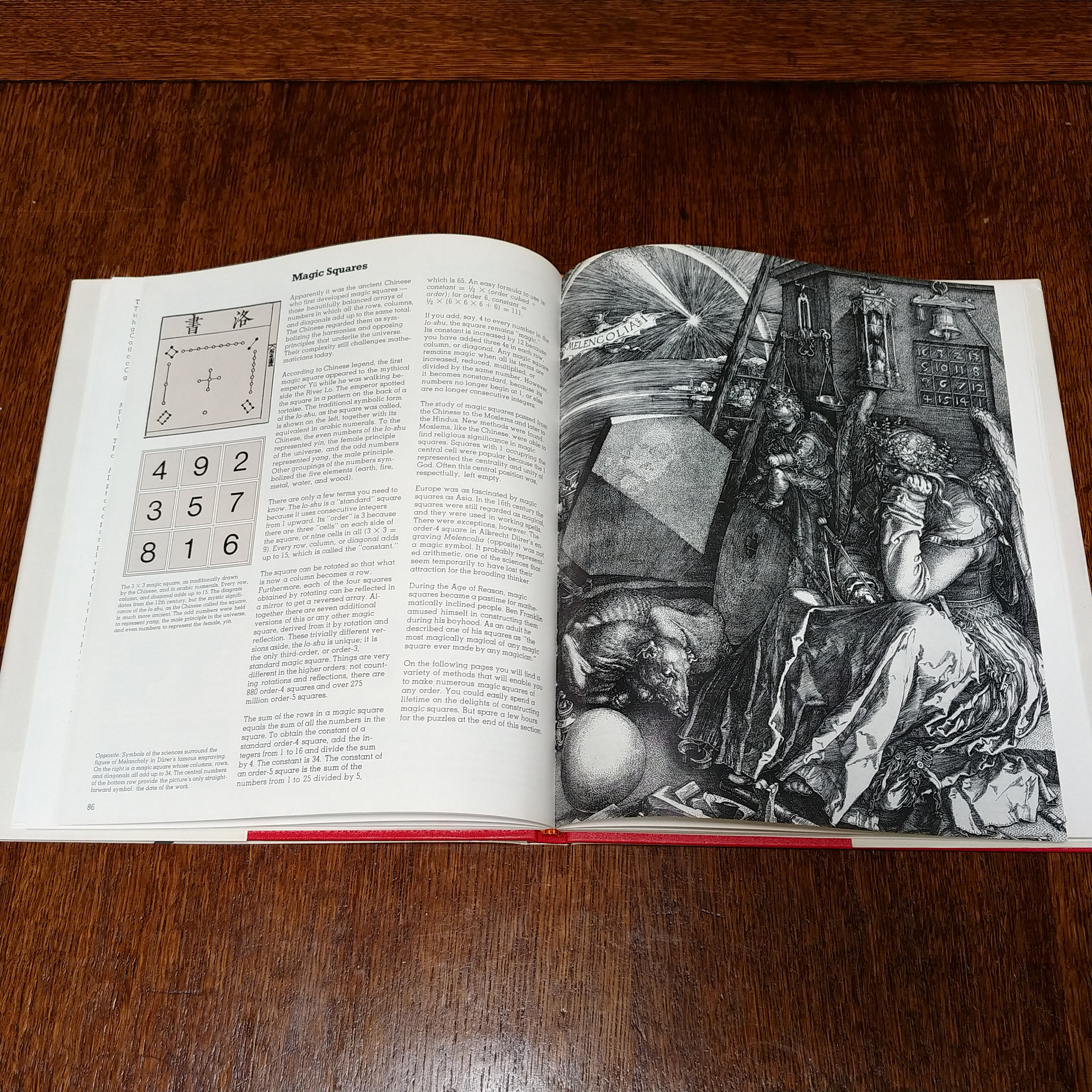 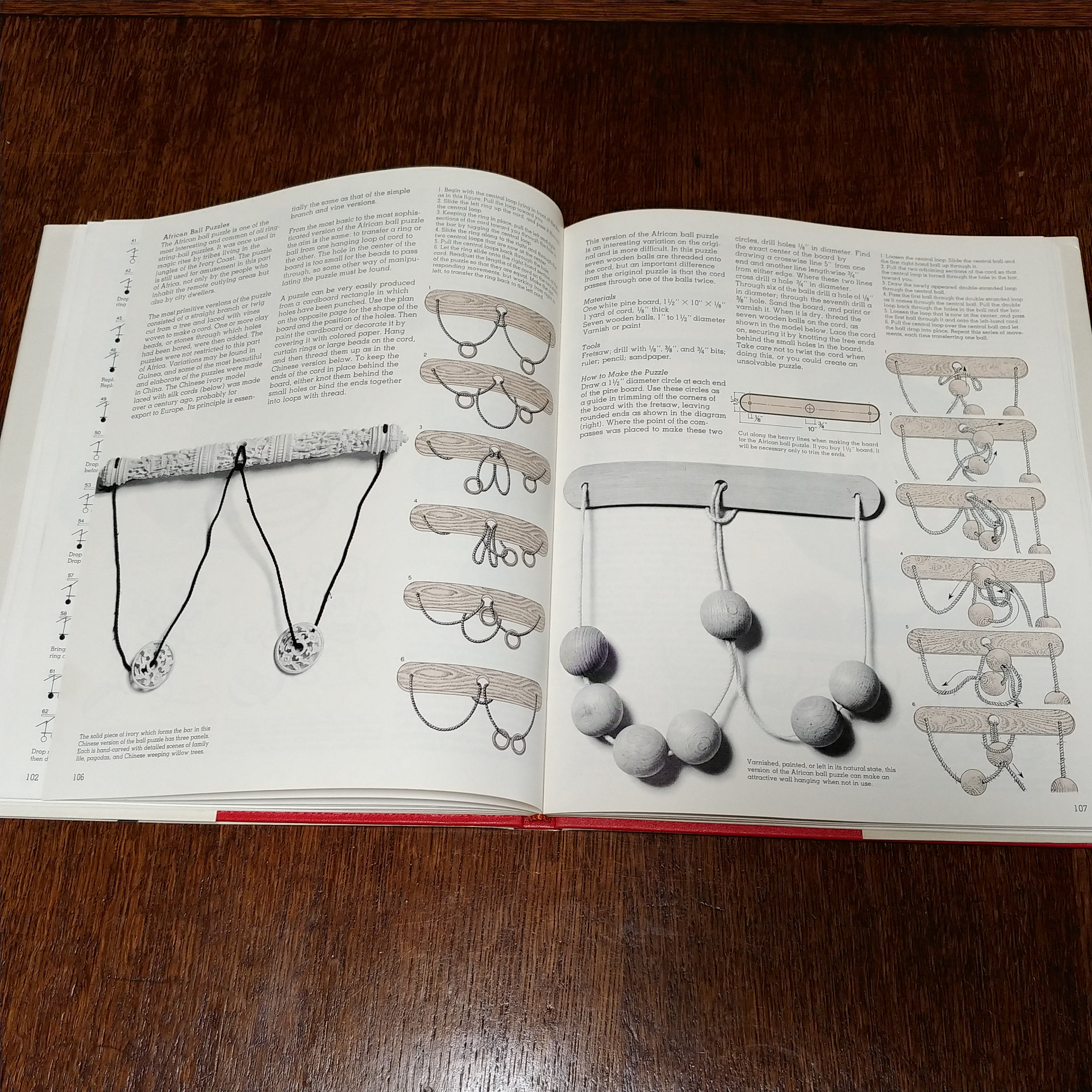 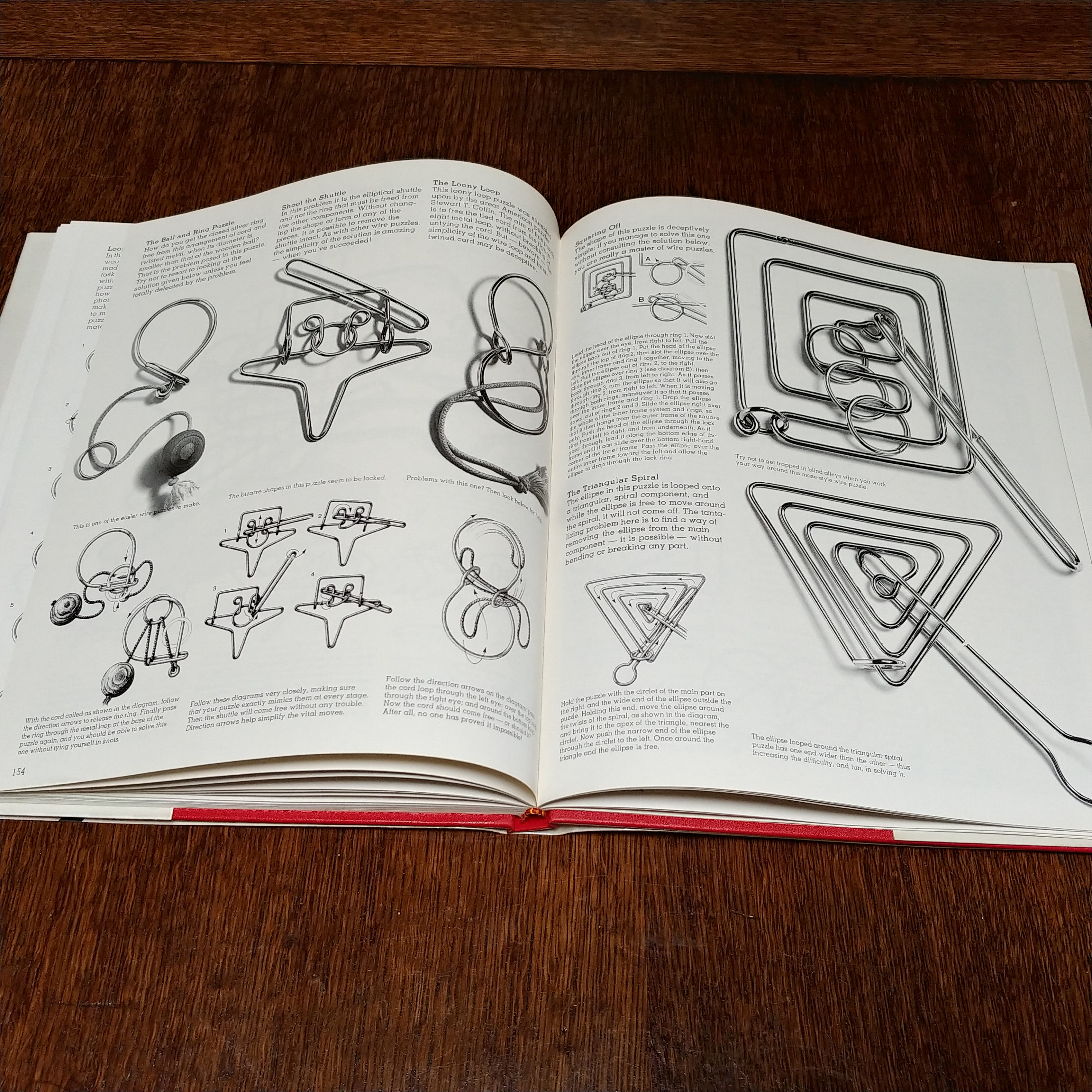 First edition of Creative Puzzles of the World by Pieter Van Delft and Jack Boterman. Hundreds of classic and modern puzzles of all kinds to challenge puzzle-lovers of all ages.

This out-of-print collection of hundreds of classic and modern puzzles that also demonstrate the history of puzzles will challenge and entertain, and at times frustrate, puzzle-lovers of all ages.

"Nearly all human beings love to test their wits on puzzles. In solving them they are exercising skills that are characteristically human, shared to only a small degree by other species. ... Many of the puzzles we encounter do not require great originality to solve them, for past experience gives us methods of approaching them. ... Perhaps the most satisfying kind of puzzle is one whose solution comes only with a change of viewpoint when the usual approaches have been completely exhausted.

There is an old tale about a young woman who in a flash of insight solved an apparently impossible problem. Her father owed a large debt to an evil moneylender and had no hope of paying it. The moneylender offered to release the father from his debt if he agreed to a wager. The moneylender would place a black pebble and a white one in a bag and the daughter would take only one from it. If her luck was good and she retrieved the white pebble, the moneylender would make no claim against the father. However, if she took the black pebble, she would have to marry the moneylender. With no other choice available, the father and daughter agreed to the wage. The moneylender picked up a handful of pebbles from the hundreds that were lying around. He dropped two into the bag - but the sharp-eyed daughter saw that they were both black. Her dilemma was terrifying. If she exposed the moneylender as a cheat, he would certainly have her father sent to prison for nonpayment of a debt. On the other hand, if she took a pebble, she would be compelled to marry the hated moneylender. Trying to find the daughter's solution should be quite tantalizing to the reader.

The girl turned the moneylender's trick against him in an ingenious way. She quickly took a pebble, fumbled in feigned nervousness, and dropped it before anyone could see its color. It was immediately lost among the myriad pebbles on the ground. "It's all right," she said, "we can easily find out what color it was, for it was the opposite of the pebble that is still in the bag." Thus she was able to "prove" that the pebble she had taken was actually white.

The heroine's shift of attention from the pebble she was to select to the pebble that would remain is perhaps typical of what happens when we have a flash of insight into a problem."

Condition*: Near Fine/Near Fine. The laminated dust jacket has a minor scuff on the back. There's a shadow from a small label on the front free endpaper.