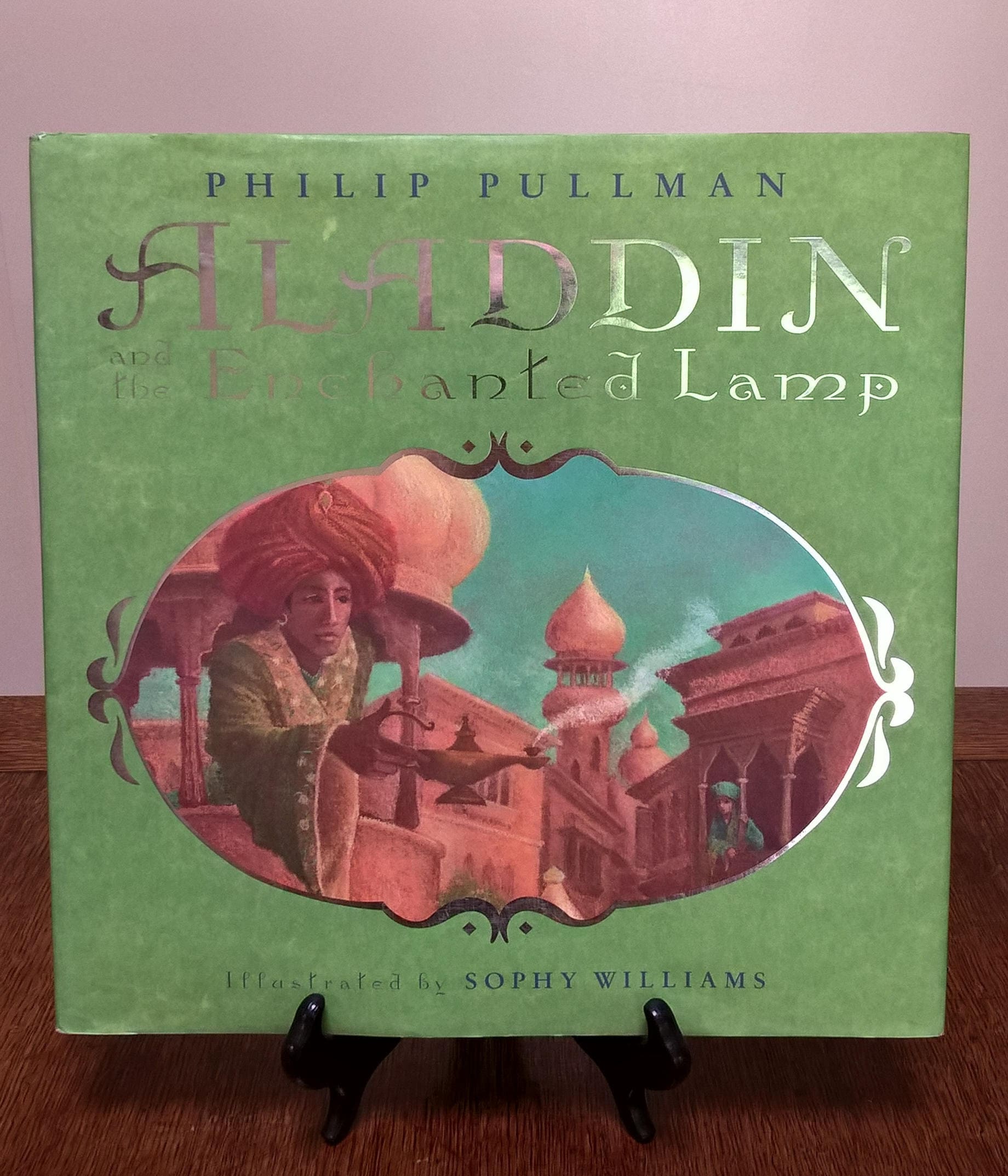 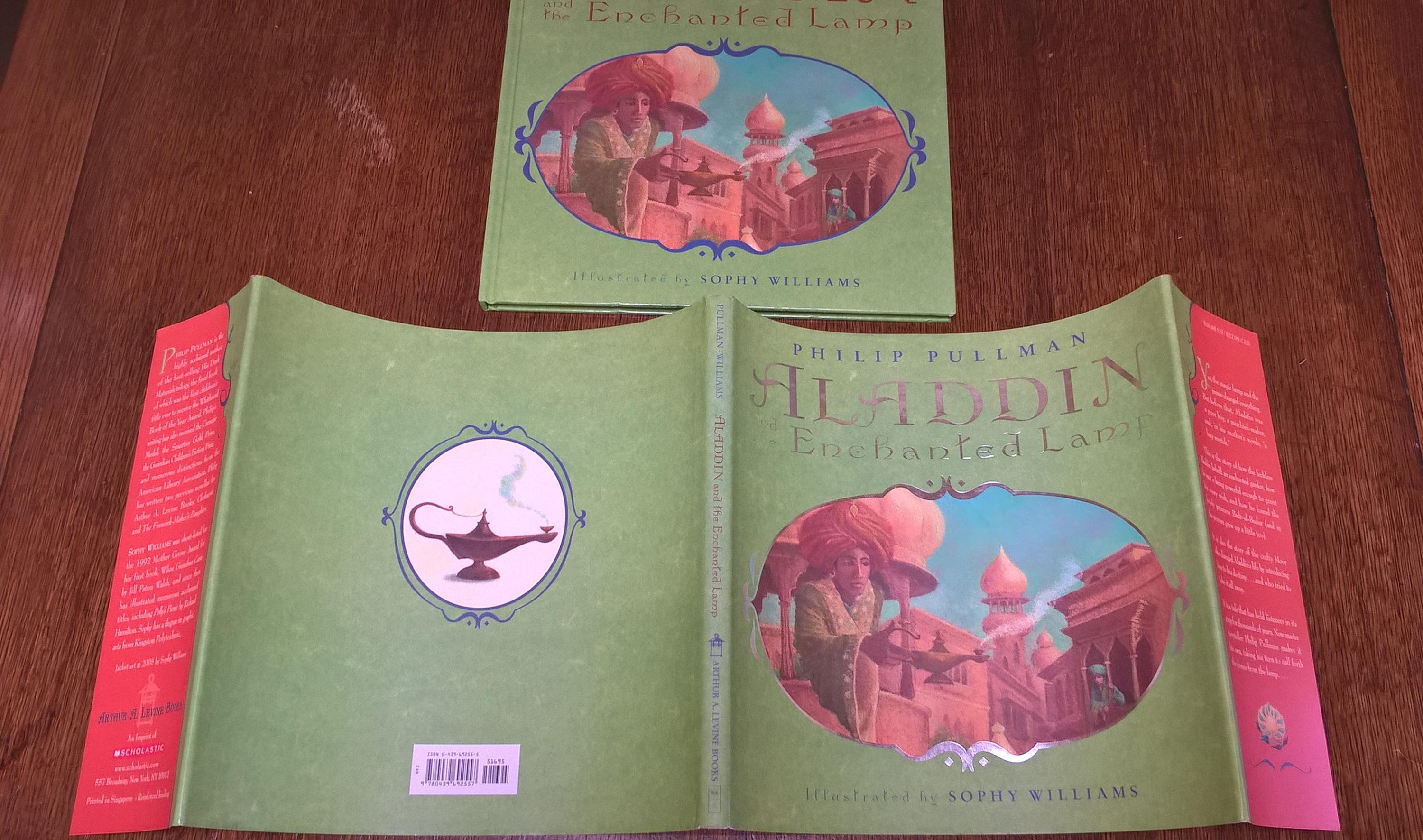 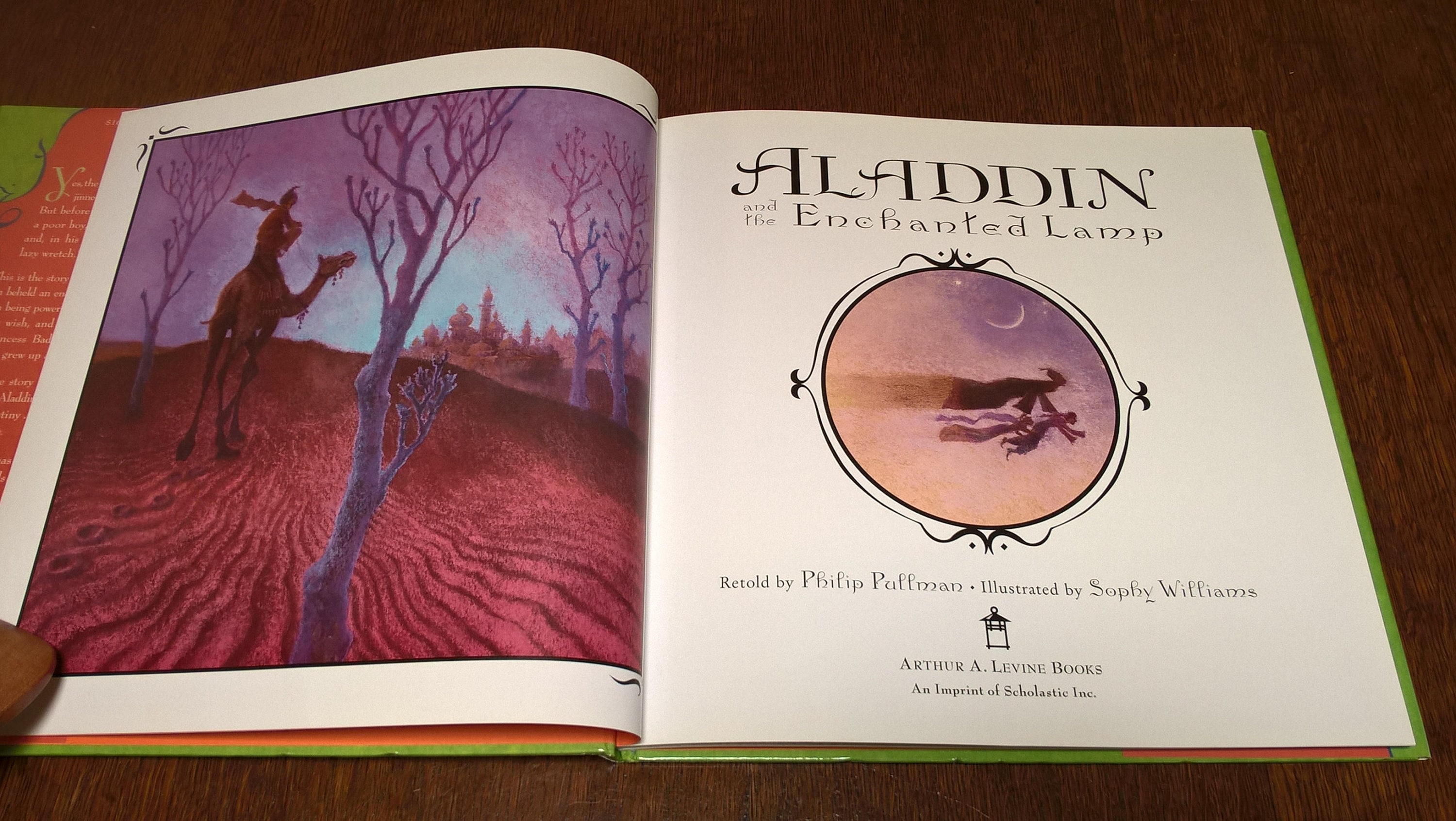 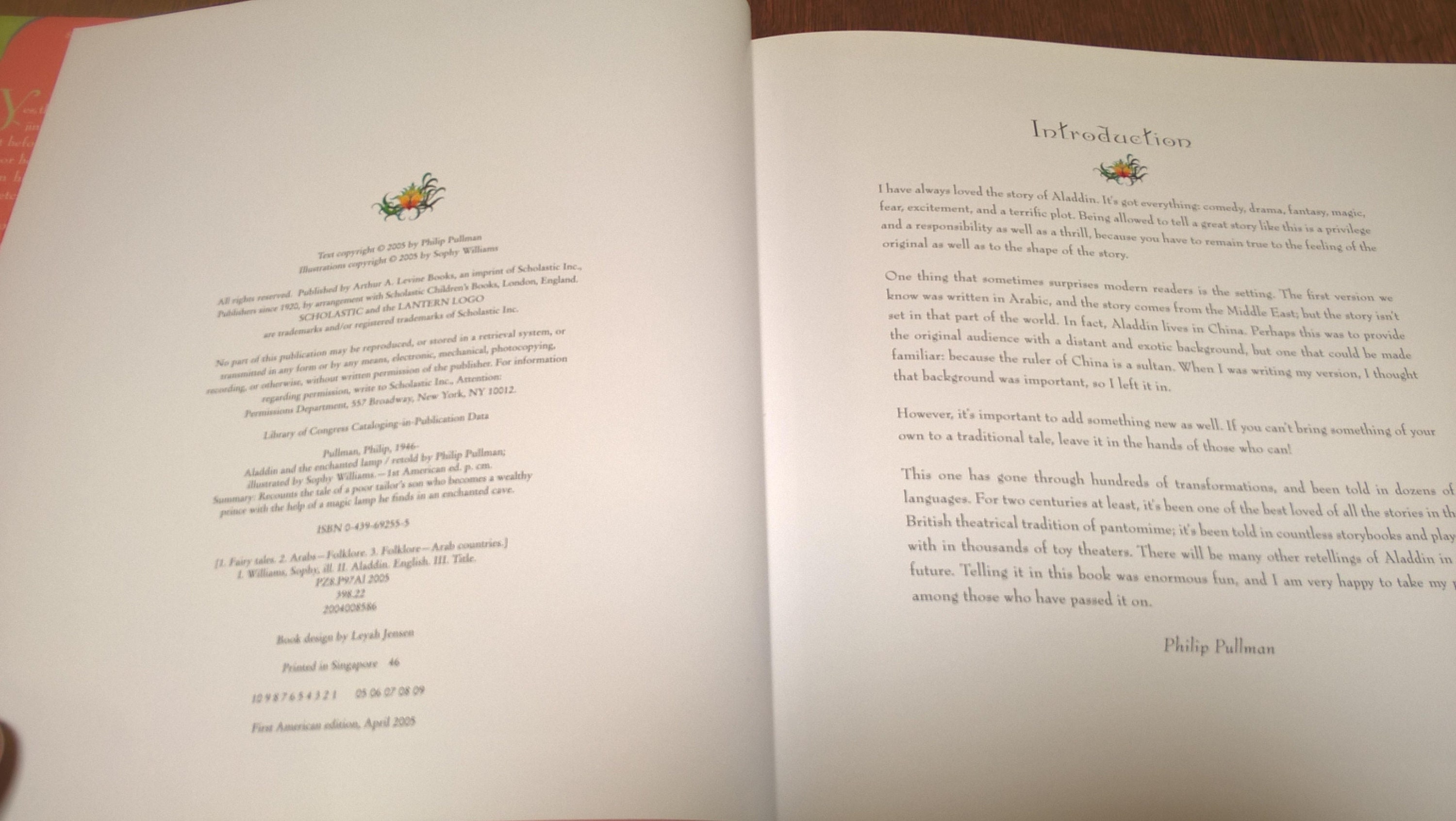 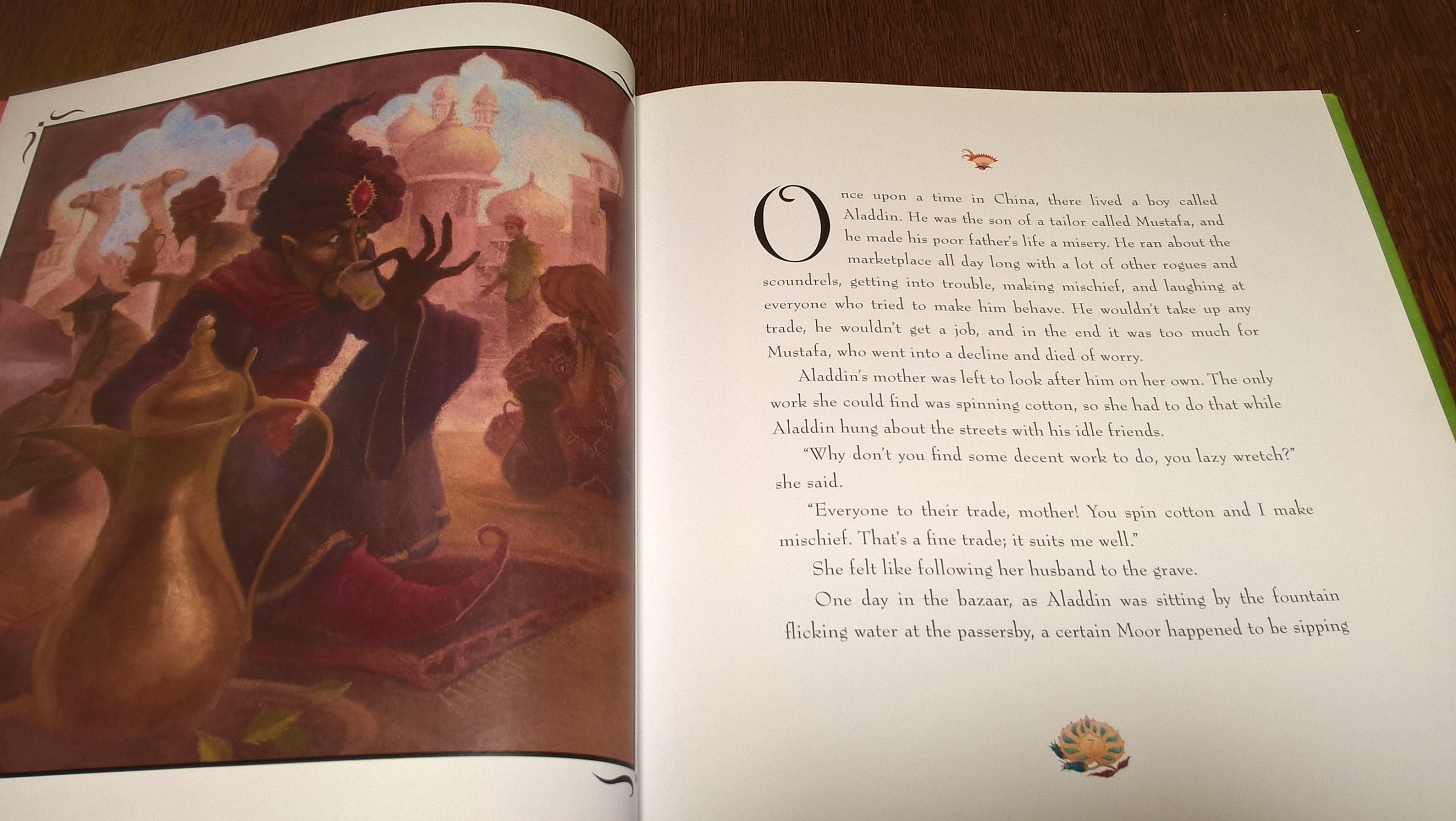 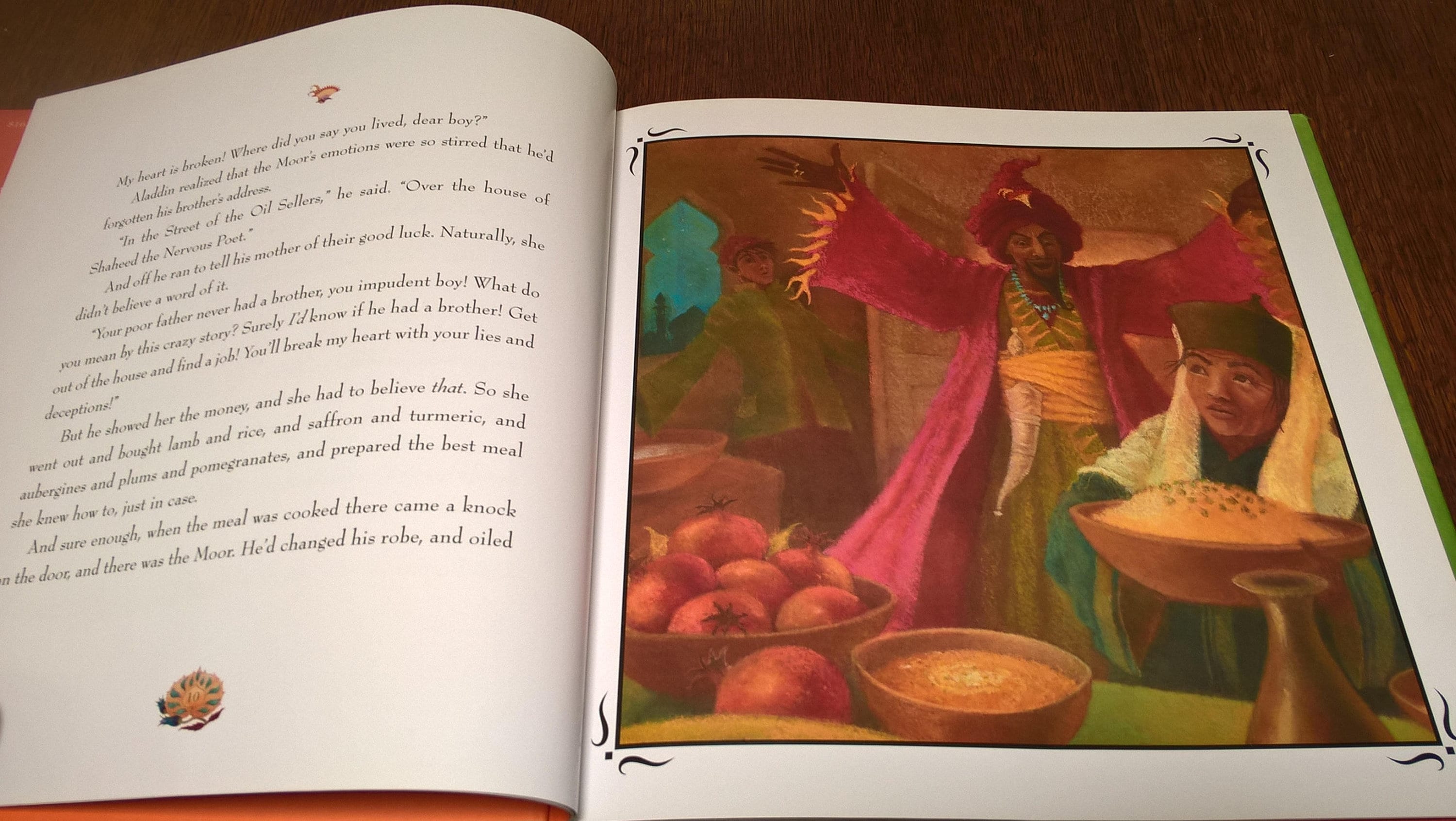 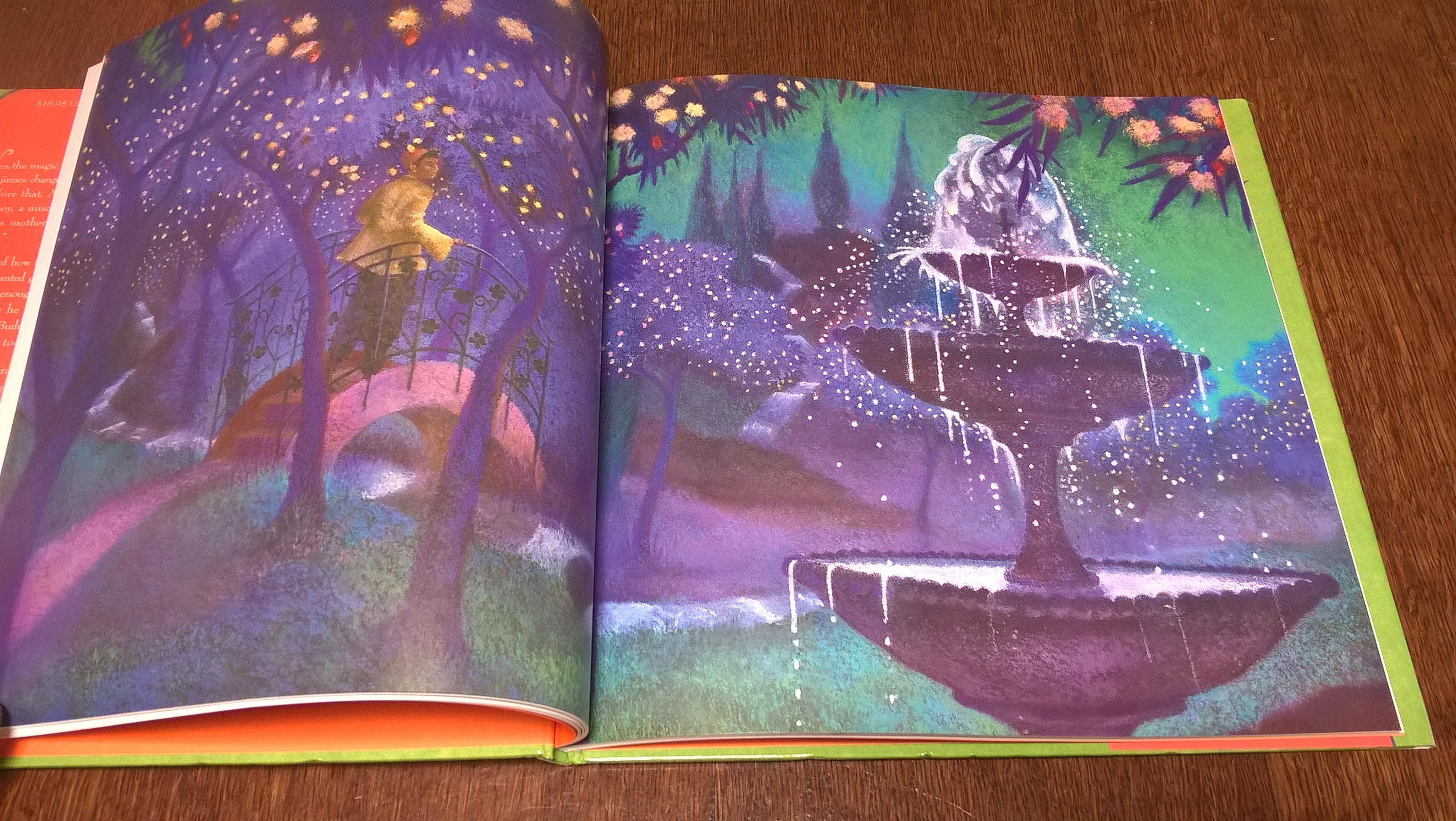 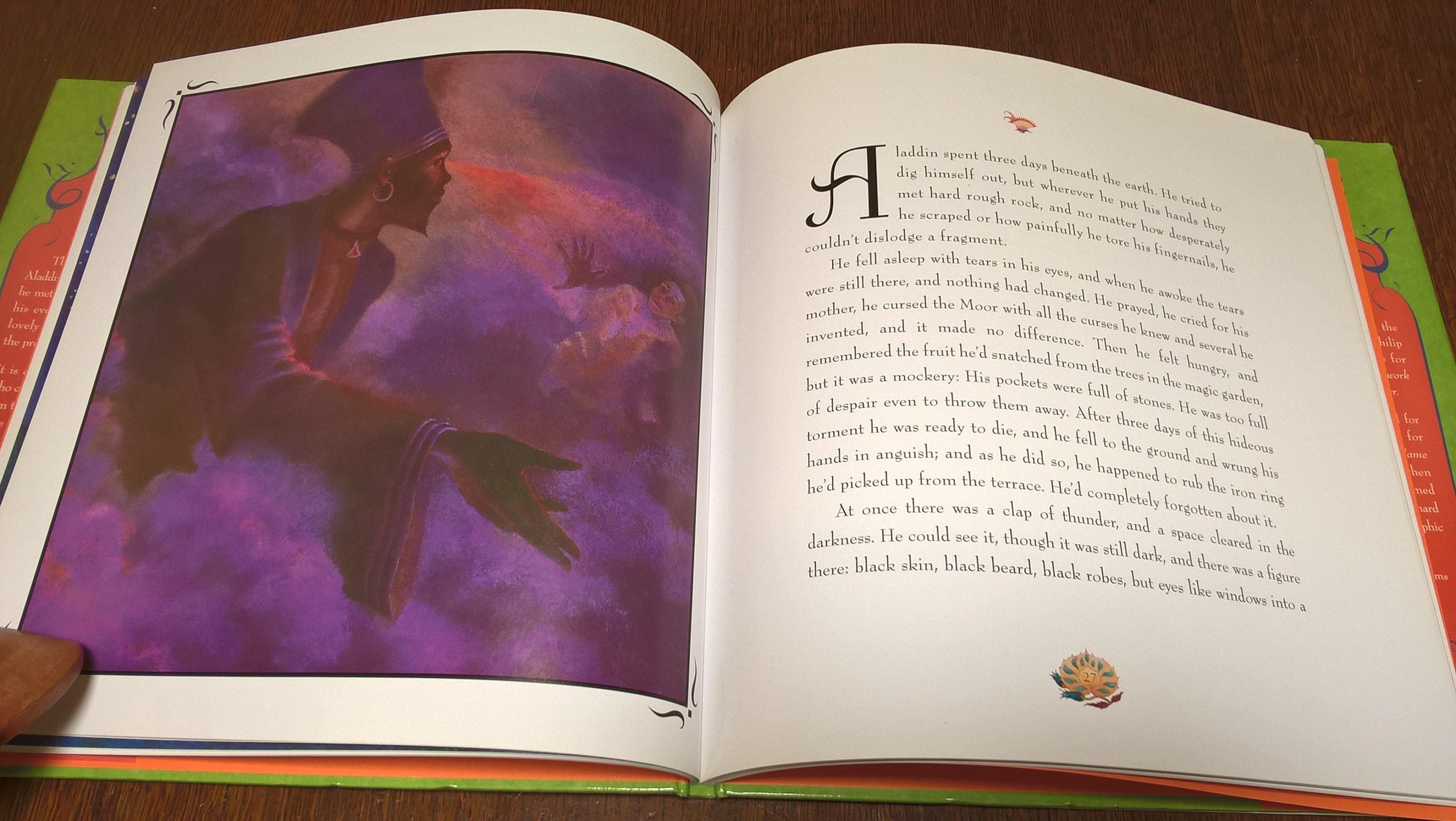 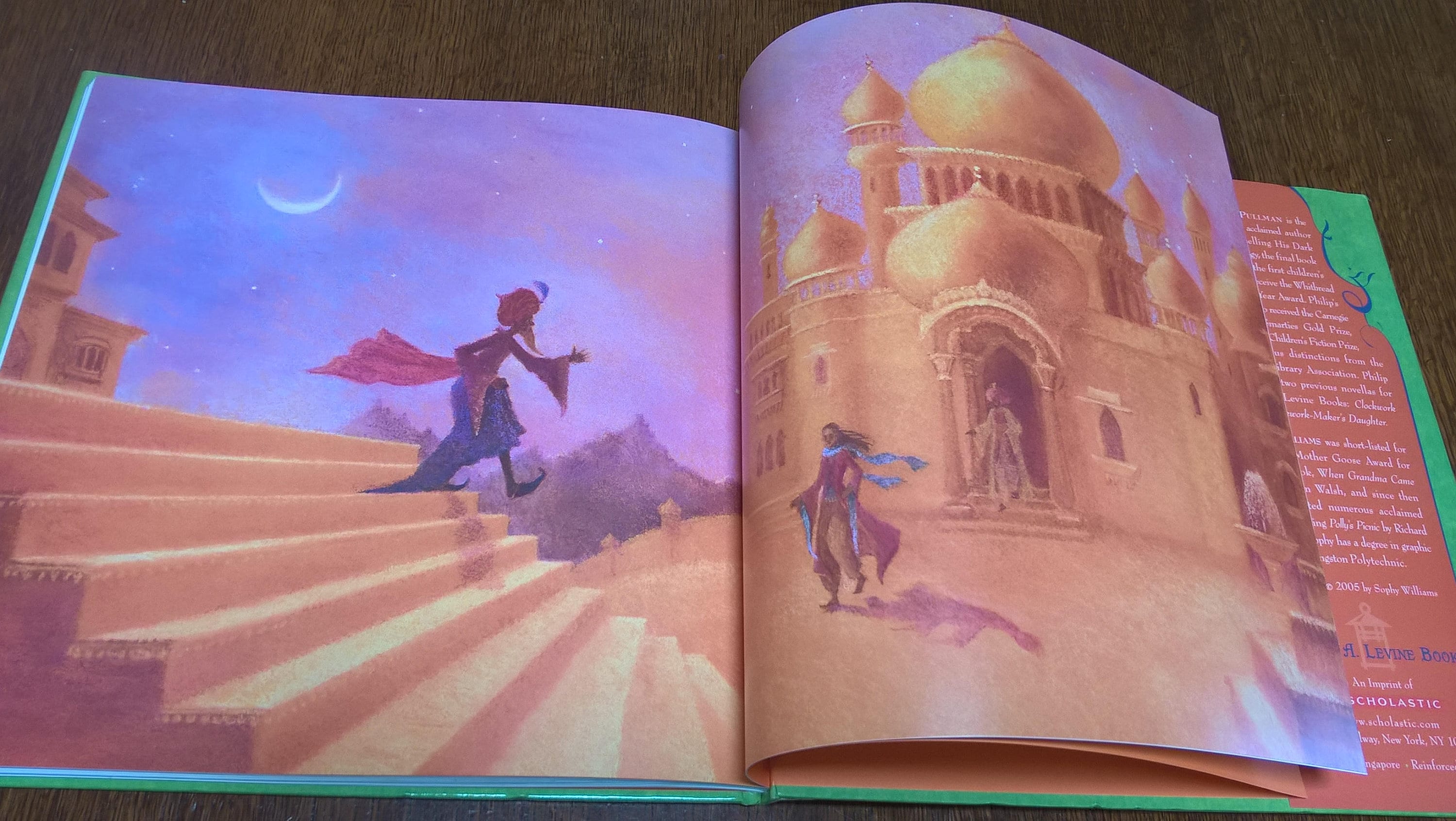 First edition of Aladdin and the Enchanted Lamp by Philip Pullman, illustrated by Sophy Williams. Pullman returns the story to China, wear Aladdin was born and lived to tell the tale of the magic lantern.

One of the interesting differences in Pullman's retelling of the story of Aladdin is that he returns it to China, where it all began.

"Once upon a time in China, there lived a boy called Aladdin. He was the son of a tailor called Mustafa, and he made his poor father's life a misery. He ran about the marketplace all day long with a lot of other rogues and scoundrels, getting into trouble, making mischief, and laughing at everyone who tried to make him behave. He wouldn't take up any trade, he wouldn't get a job, and in the end it was too much for Mustafa, who went into a decline and died of worry."

Aladdin's mother is left to continue spinning cotton to earn their meager living. Meanwhile, a sorcerer who we only know as the Moor has been watching and waiting for his moment to snatch Aladdin away in fulfillment of a vision that will bring him vast wealth and power. When Mustafa dies the Moor seizes the moment. He introduces himself to Aladdin and his mother as his father's brother. Uncle! She has her doubts but Aladdin is seduced by the Moor's appearance of family ties and great wealth. He promises to make Aladdin a wealthy merchant and lures him into descending into an underground passage that leads to a magical garden and bringing back a lantern that will transform their lives. Aladdin fetches the lantern but at the entrance to the passageway he balks, now suspicious the Moor is up to no good. The sorcerer flies into a rage and closes the passageway at both ends and leaves Aladdin to die. After three days alone, in the dark, Aladdin is ready to die, then he inadvertently rubs the lamp, which calls the jinnie, slave to whoever owns the lantern. "But so much for them..."

Philip Pullman has received the Carnegie Medal among other honors:

Condition*: Near Fine/Near Fine. The book is in near-near condition and the dust jacket shows only minor shelf wear.