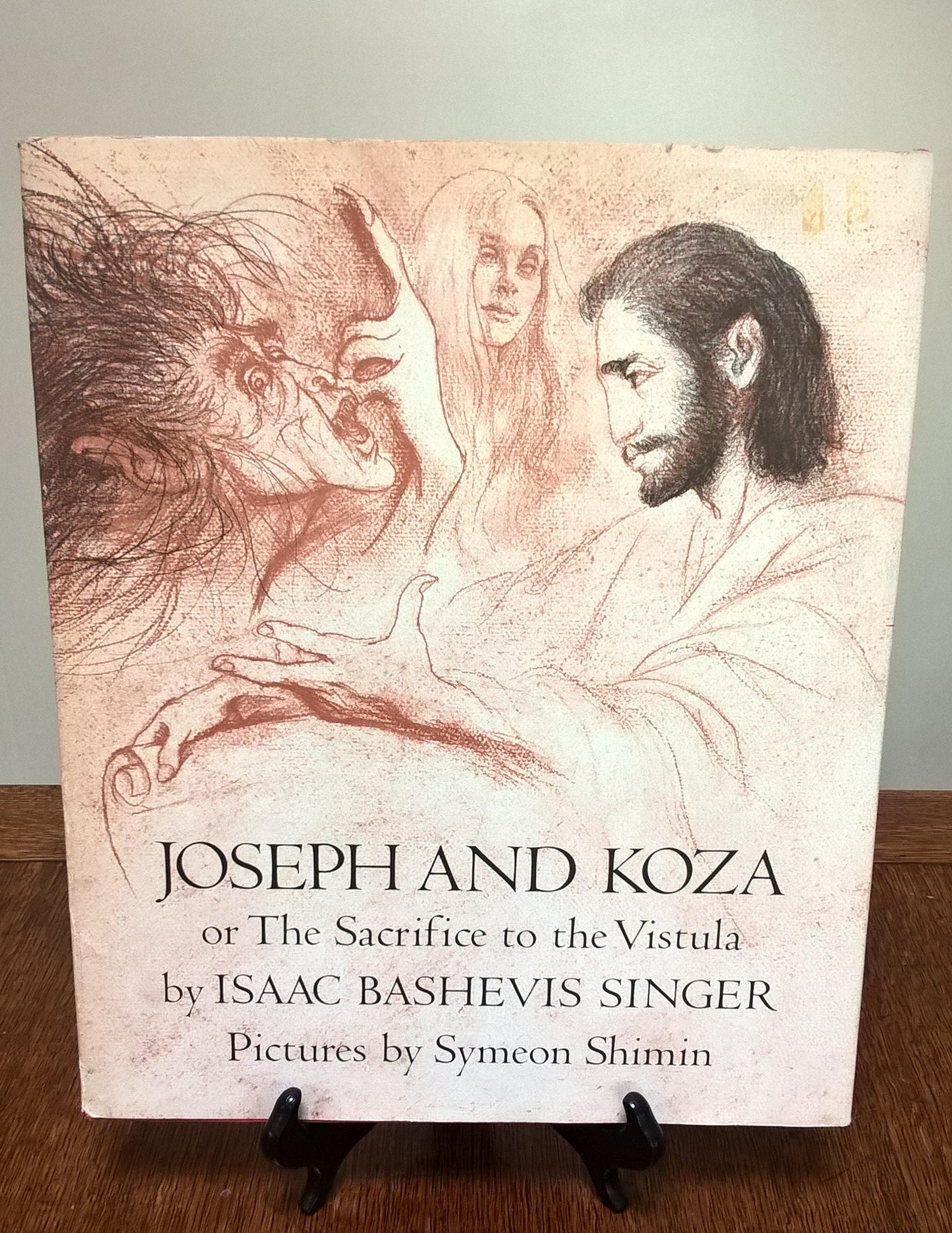 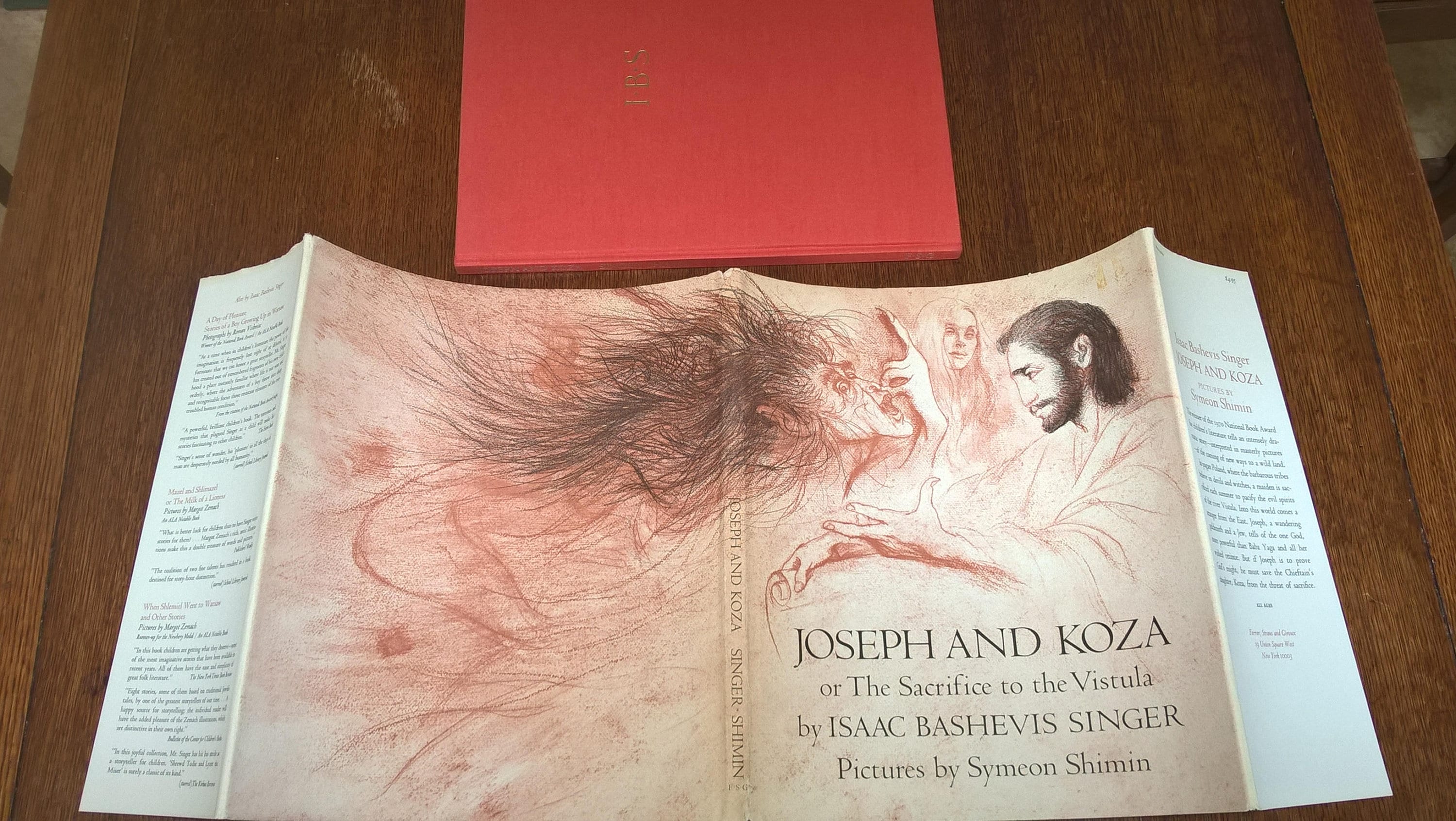 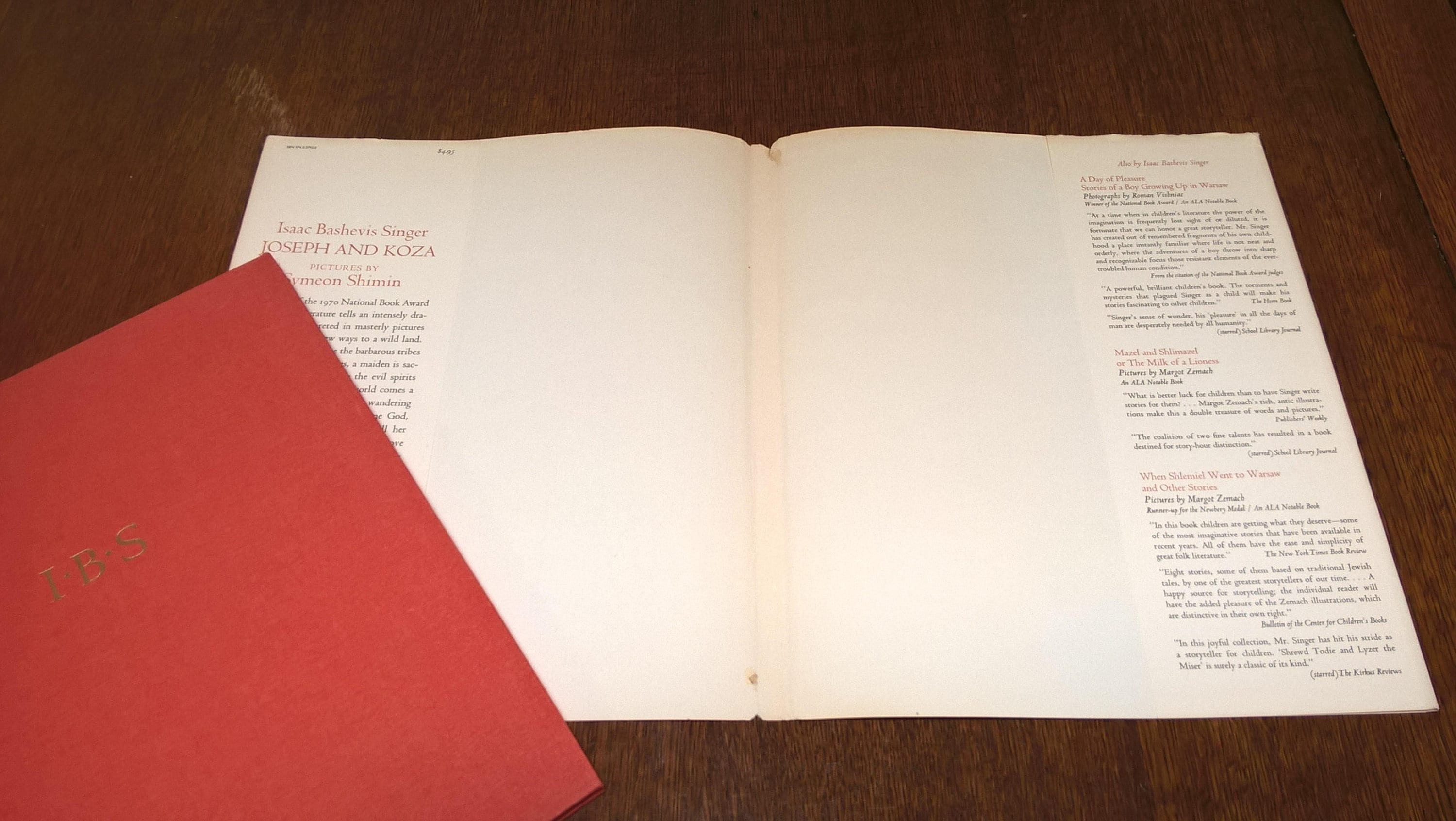 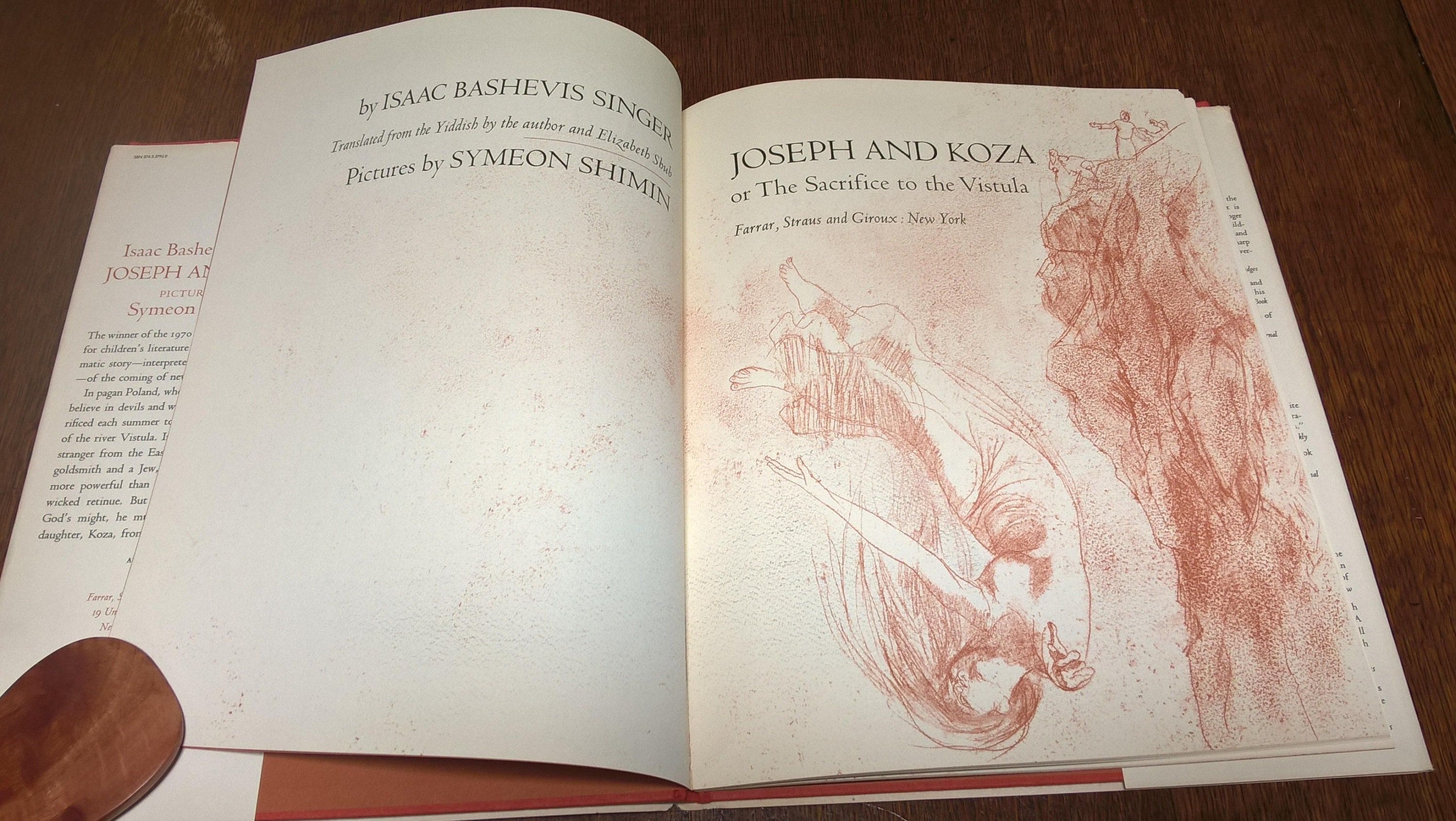 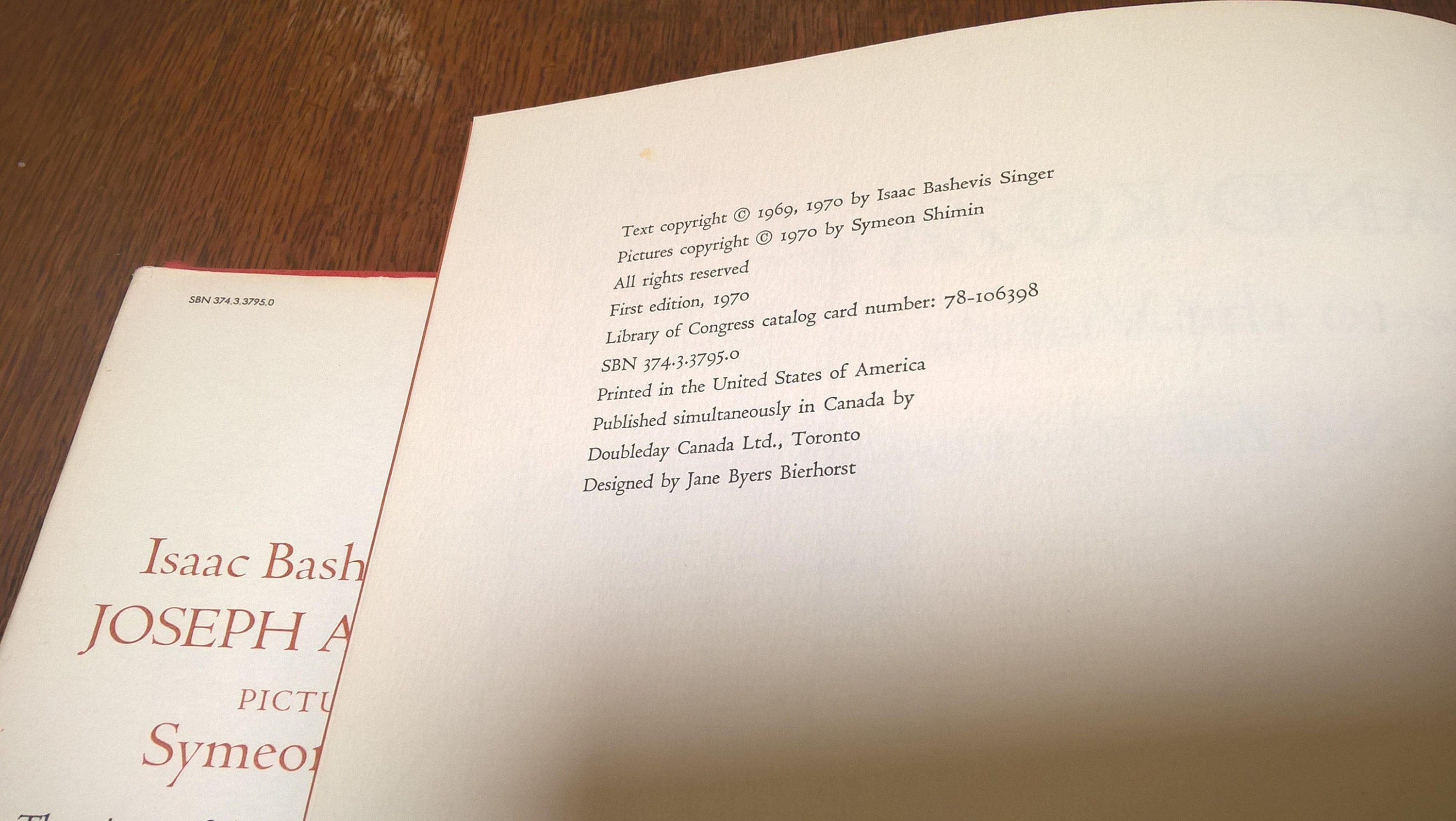 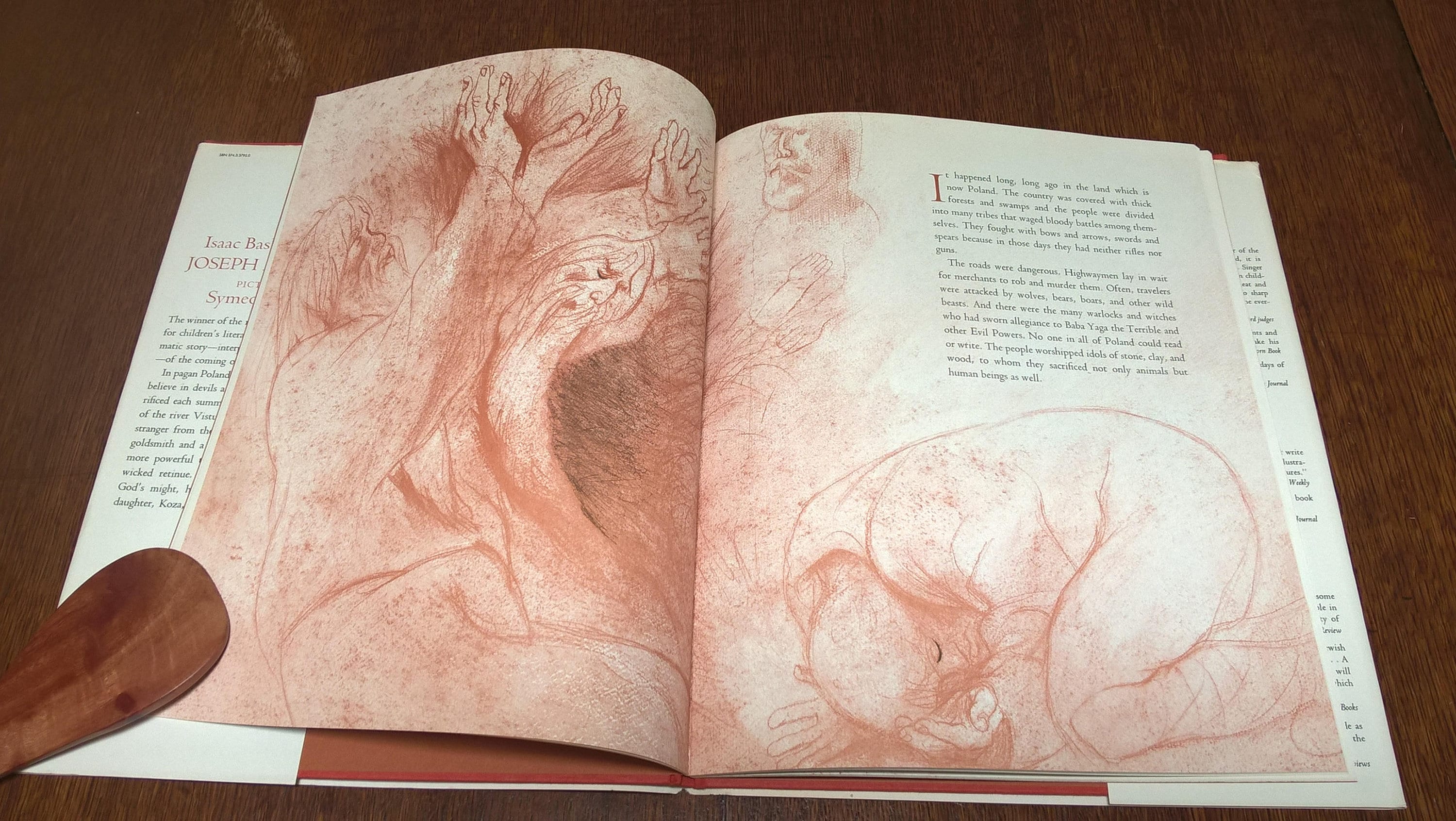 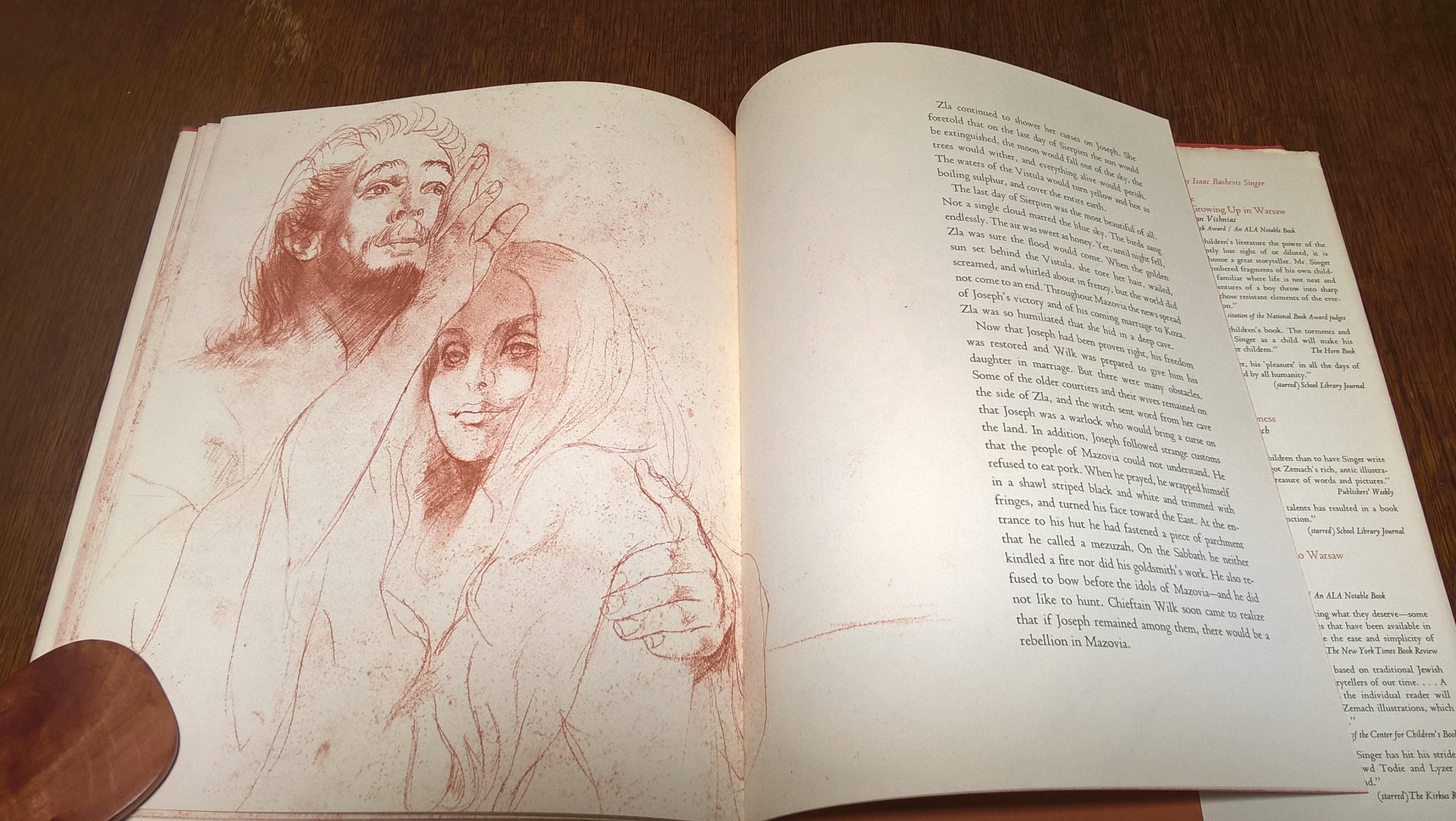 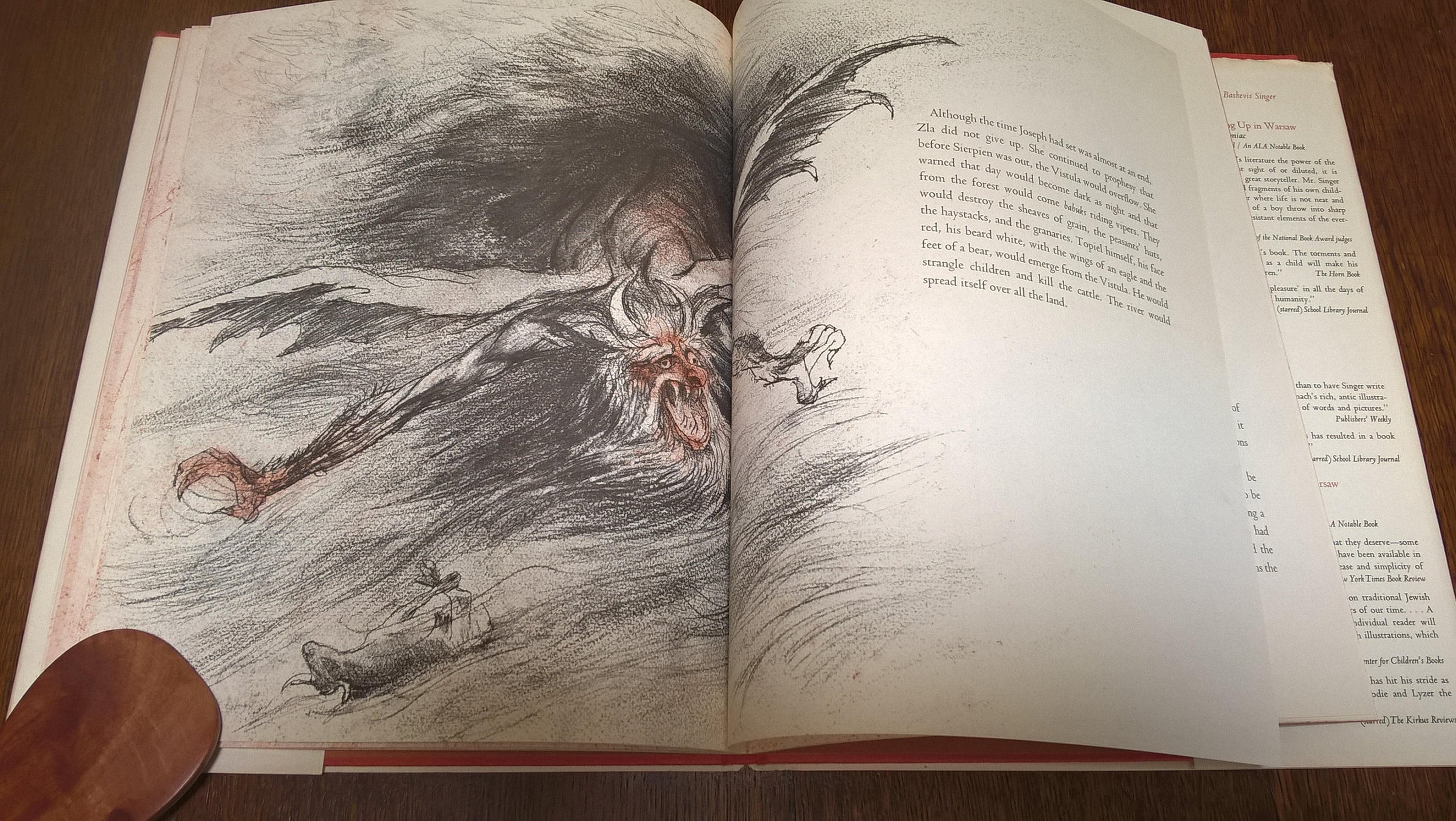 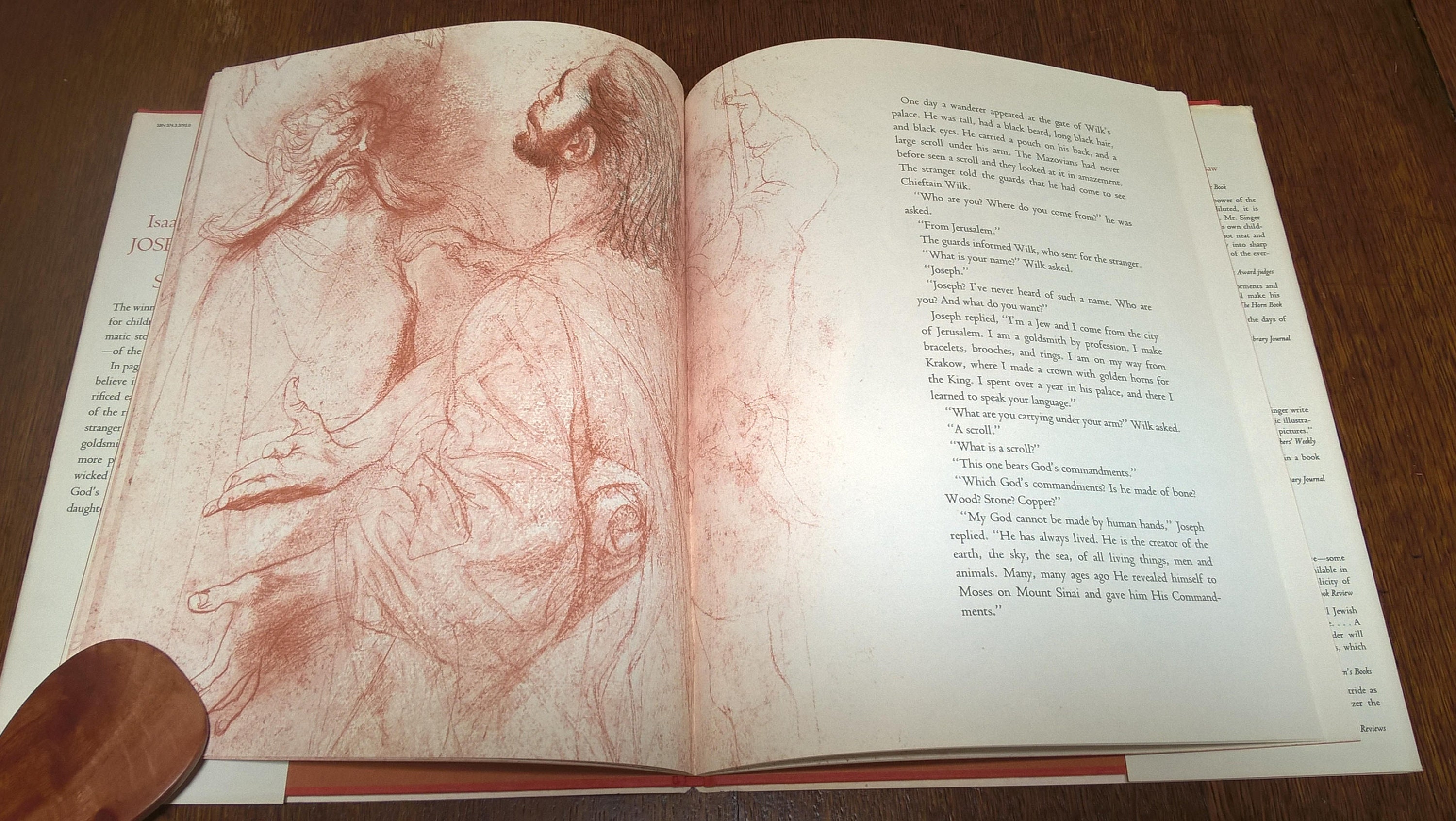 First edition of Joseph and Koza or The Sacrifice to the Vistula by Isaac Bashevis Singer. A stranger from Jerusalem brings light to a Polish king whose people still practice the old, brutal ways, and saves his daughter from a witch's vision that condemns her to being sacrificed in the river Vistula.

Inspired by folk tales from his home country of Poland, Singer tells the story of Wilk, the ruler of the largest tribe in Poland, and his adoption of the God of the Jews.

Wilk rules over Mazovia on the river Vistula with his wife Wilkova and their daughter Koza. The most influential presence in their world is the witch Zla, follower of the demon Baba Yaga. Once a year at the beginning of summer, based on her visions, she selects the most beautiful girl of Mazovia to be sacrificed to the Vistula, by being drowned in the river, to ensure the tribe's crops and survival. To Wilk and Wilkova's profound sorrow, Zla selects Koza to be sacrificed next. Heartbroken, they are nonetheless dutifully resigned to her fate, as is Kosa.

In the midst of the preparations for this barbaric summer ritual, a goldsmith from Jerusalem arrives by way of Krakow with the idea of offering to make Wilk a fabulous crown, as he did for the King of Krakow. On hearing of Mazovia's continued tradition of ritual sacrifice, Joseph intervenes - the God of Israel has prohibited human sacrifice! - and challenges Zla to prove her powers. She fails and Wilk begins to question his own beliefs.

Isaac Bashevis Singer (1902 - 1991) was one of the most important writers of the 20th C. He received the National Book Award for children's literature in 1970 and seven years later was awarded the Nobel Prize in Literature.

"A prolific writer, the main theme of Singer's works is the clash between tradition and renewal--preservation versus regeneration--that serves as a backdrop to stories delving deeply into the grip of human passions that unleash the destructive, yet constructive, force of the emotions."

Condition*: Fine/Near Fine. The dust jacket is bumped at the head and tail of the spine.