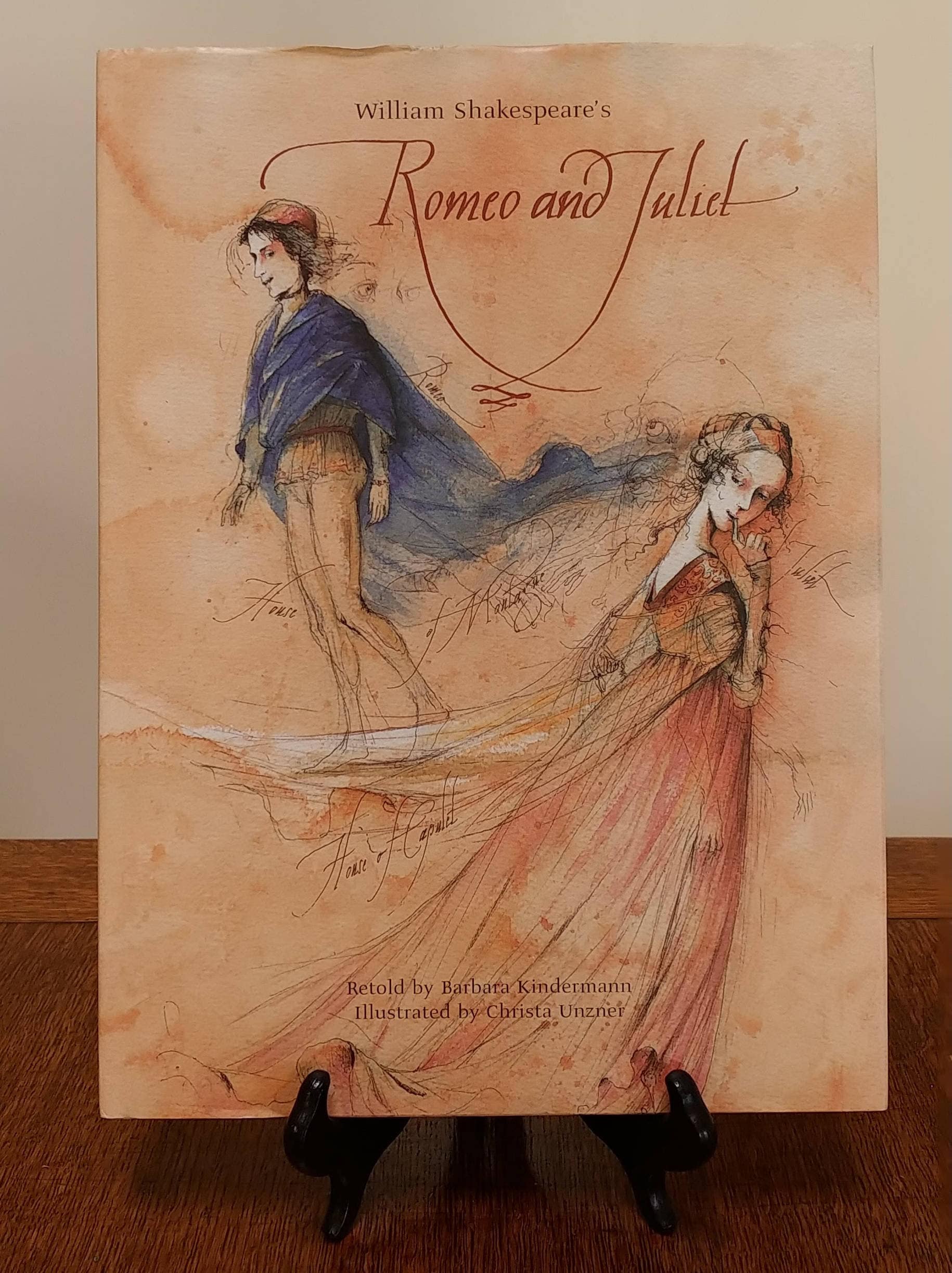 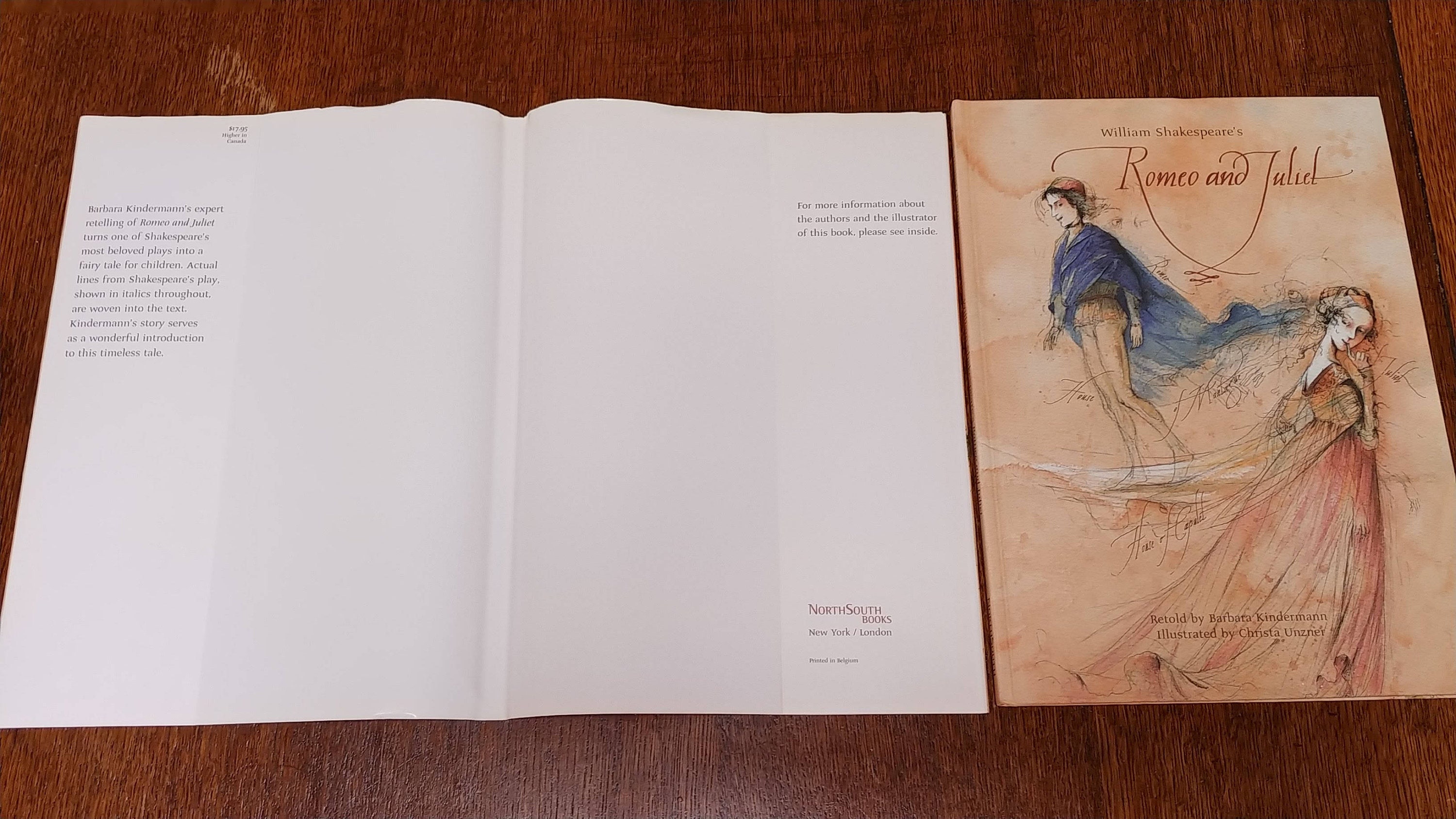 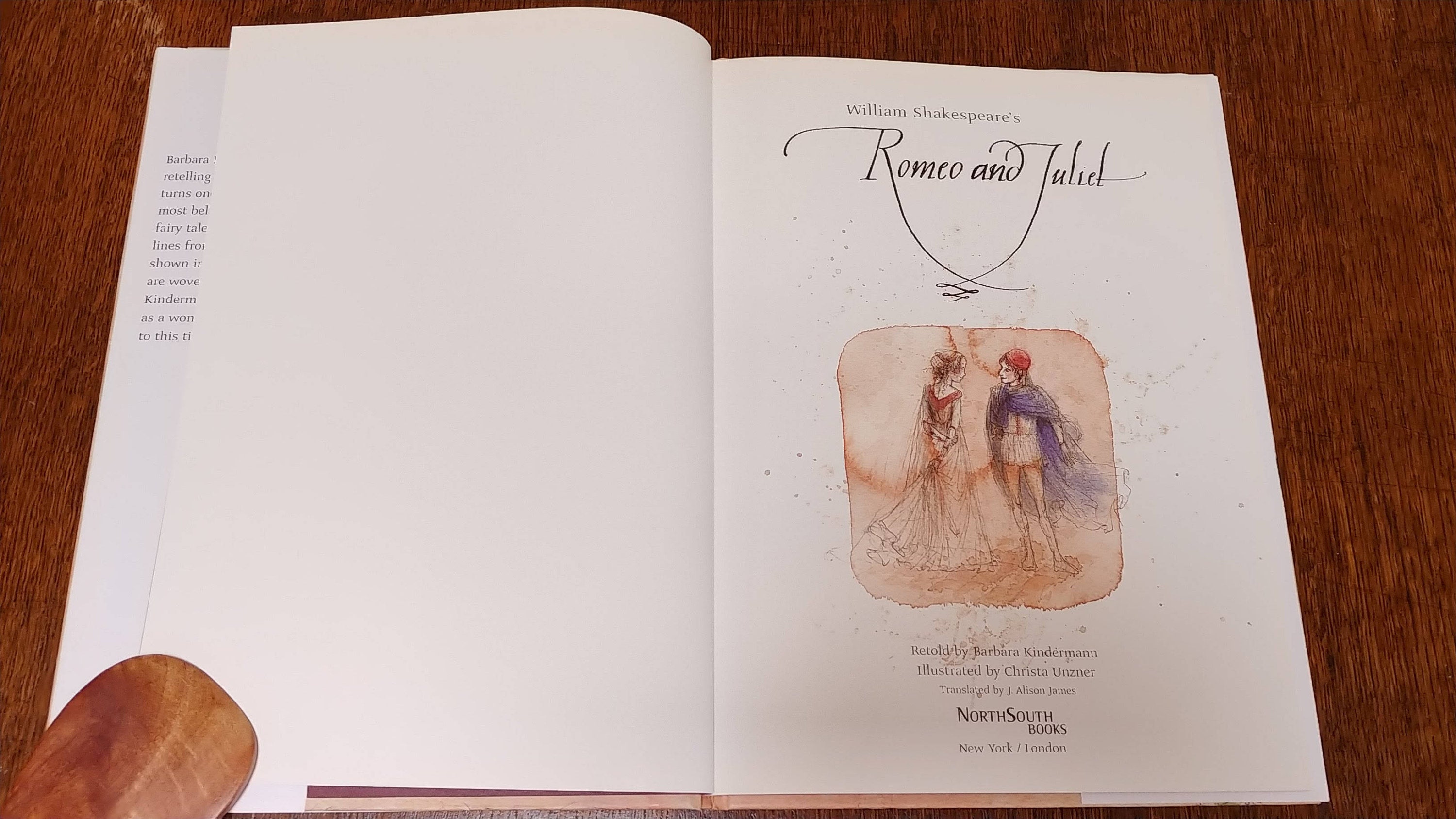 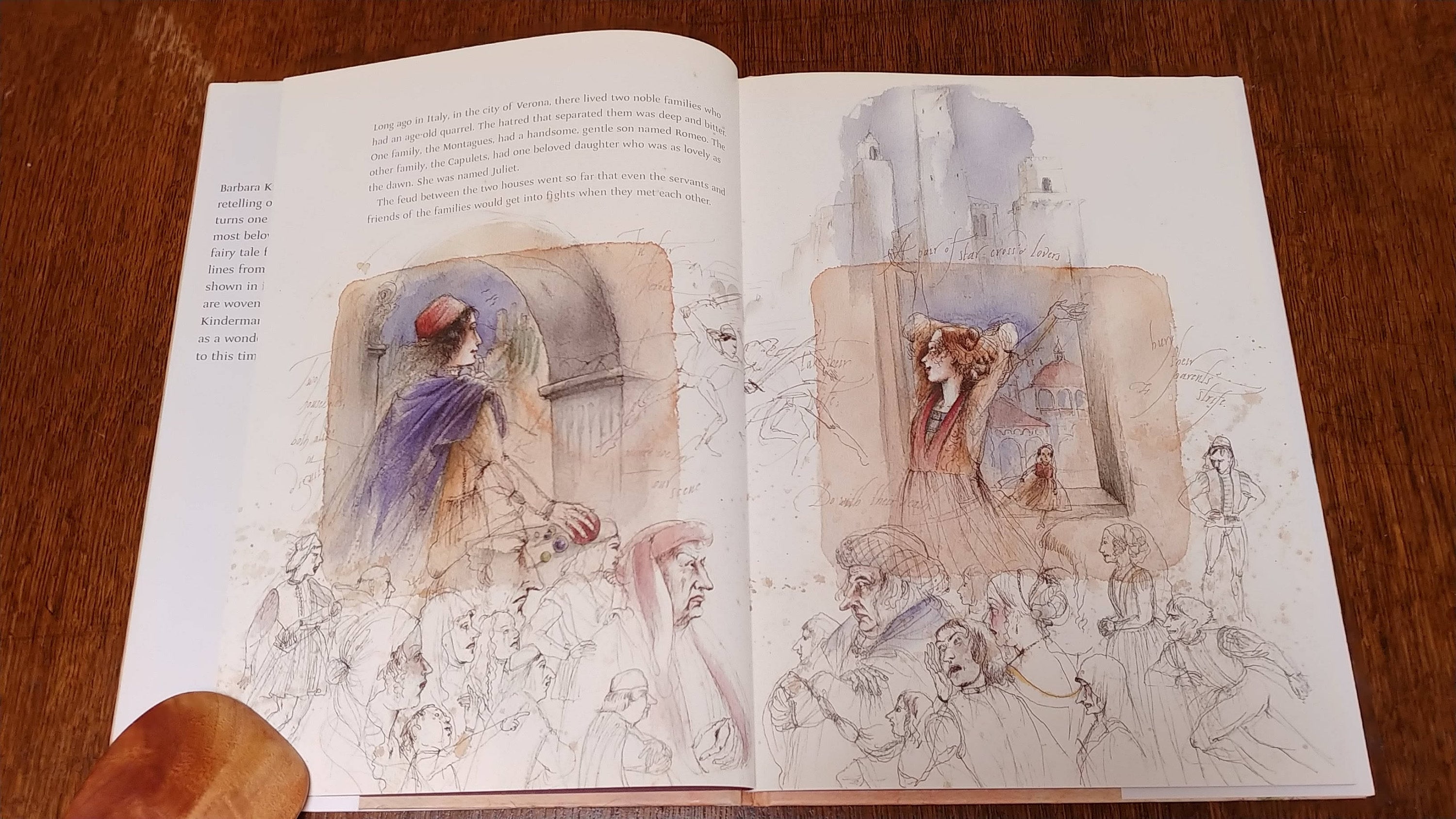 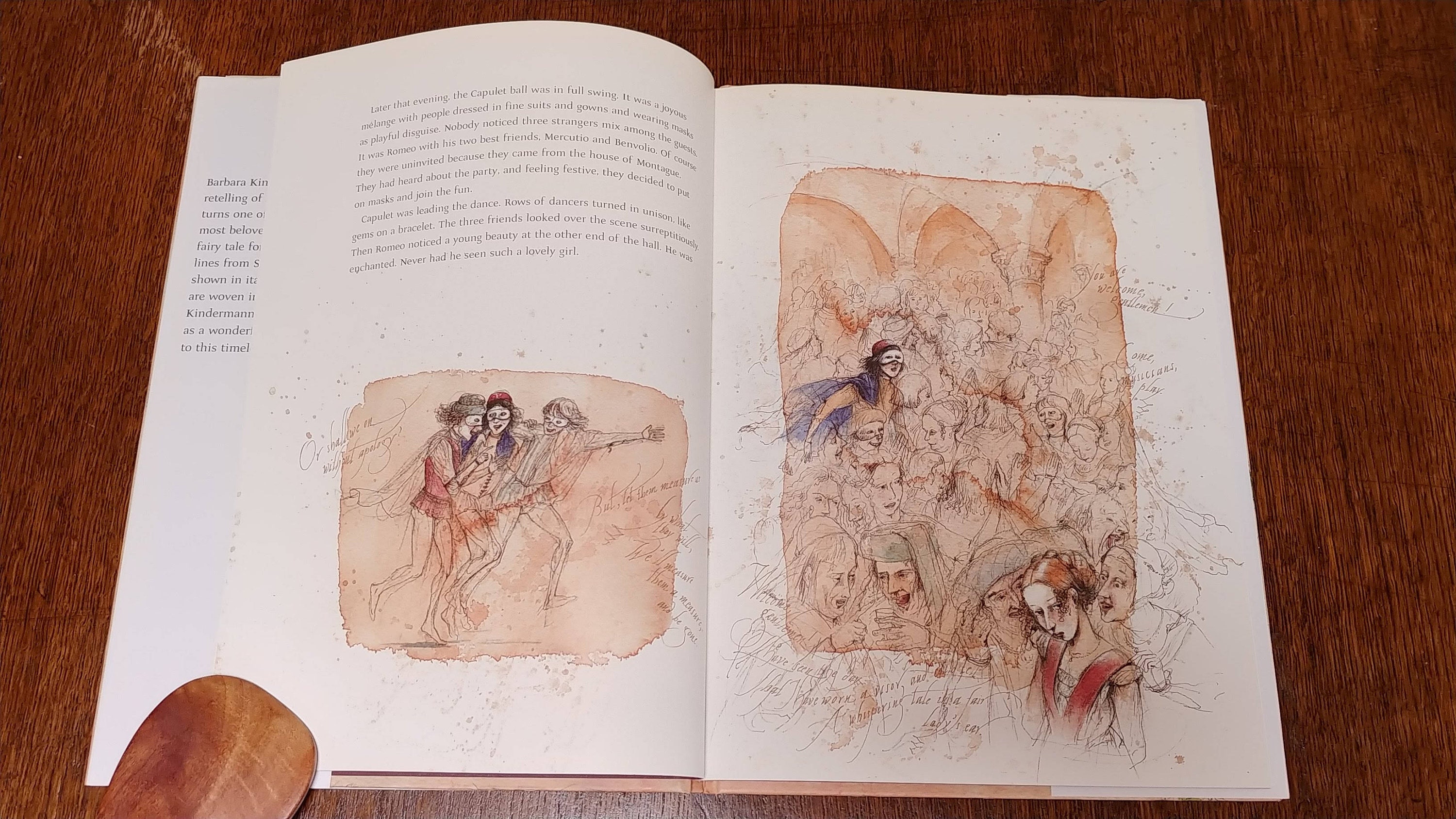 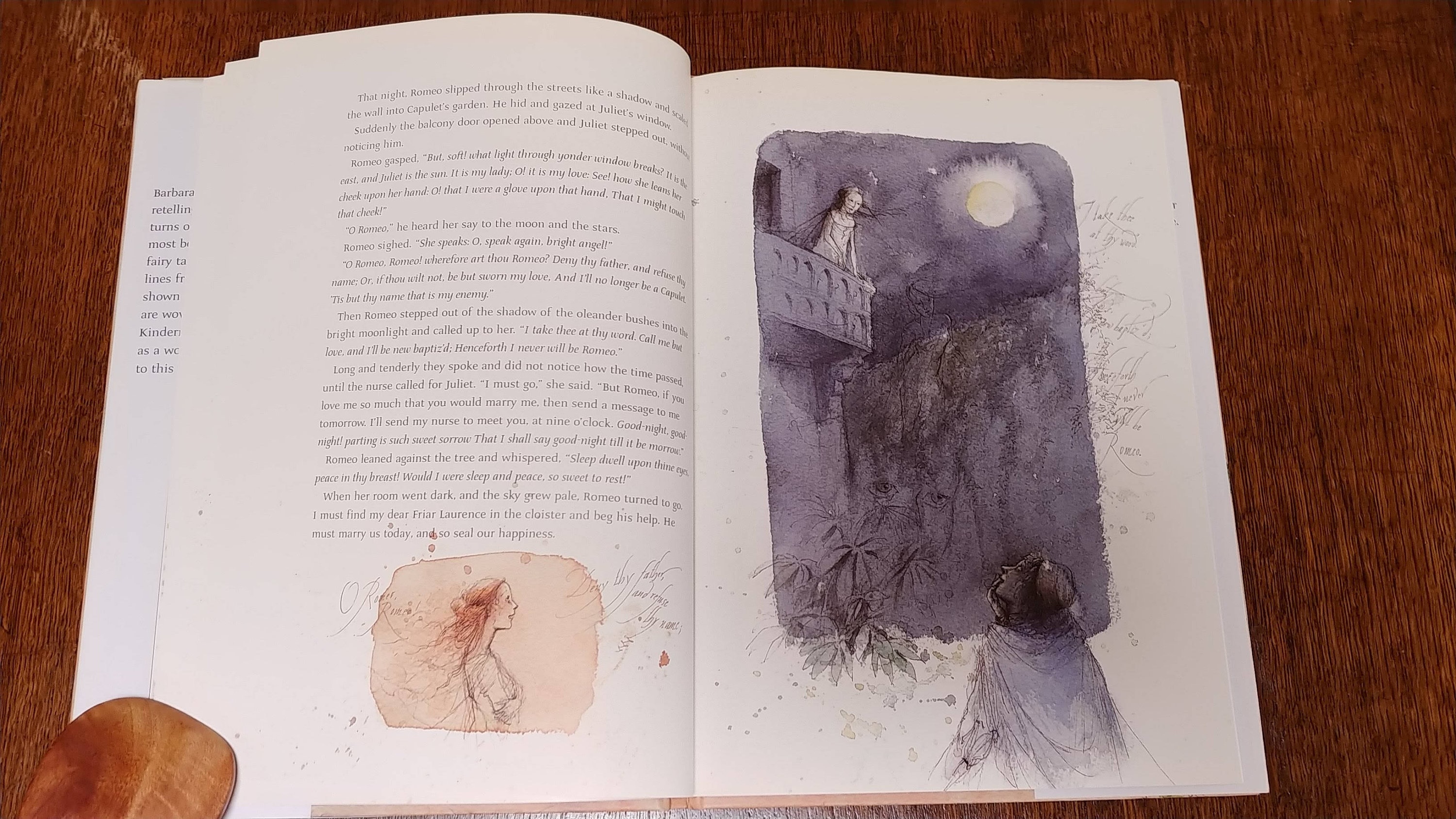 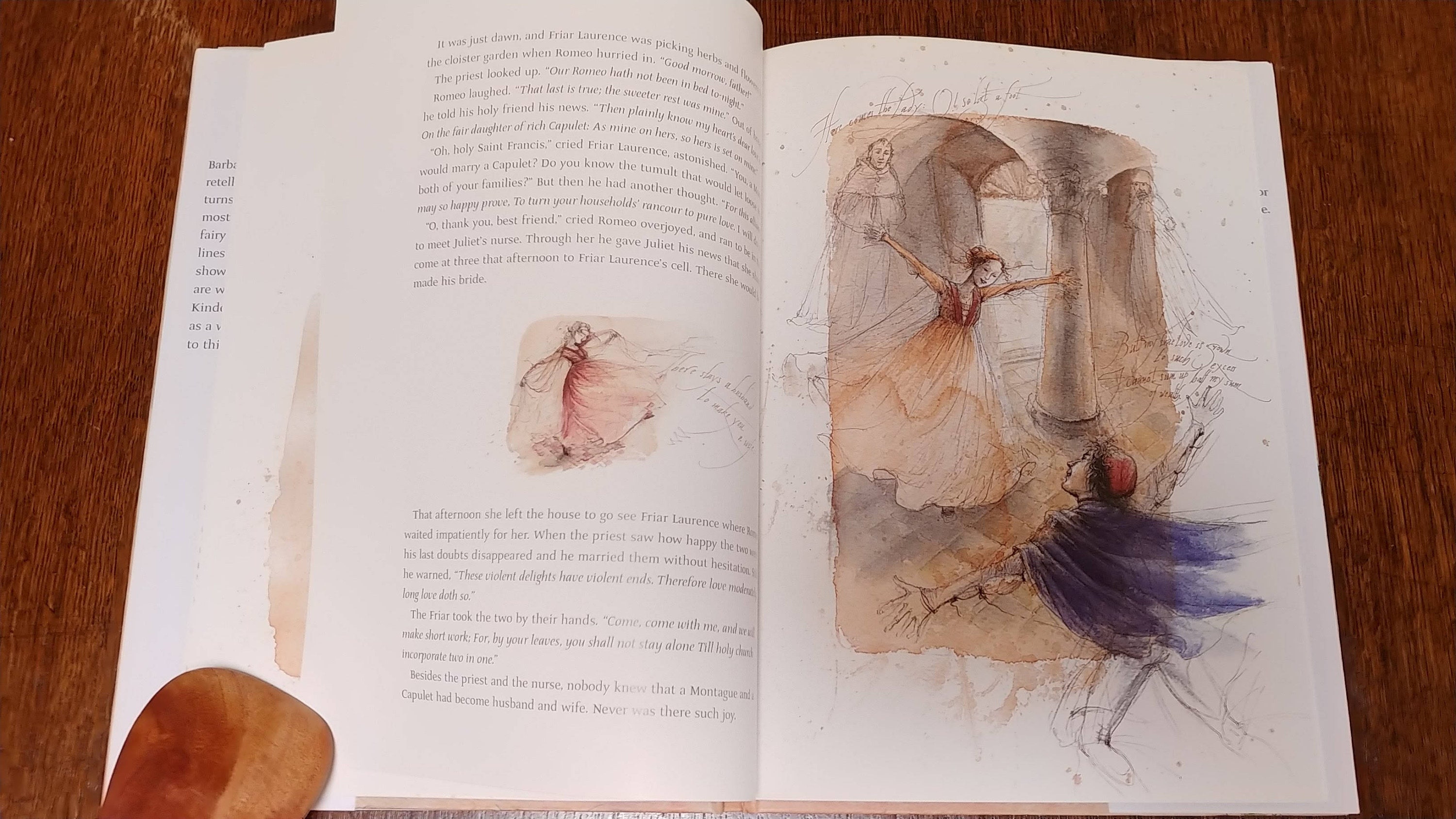 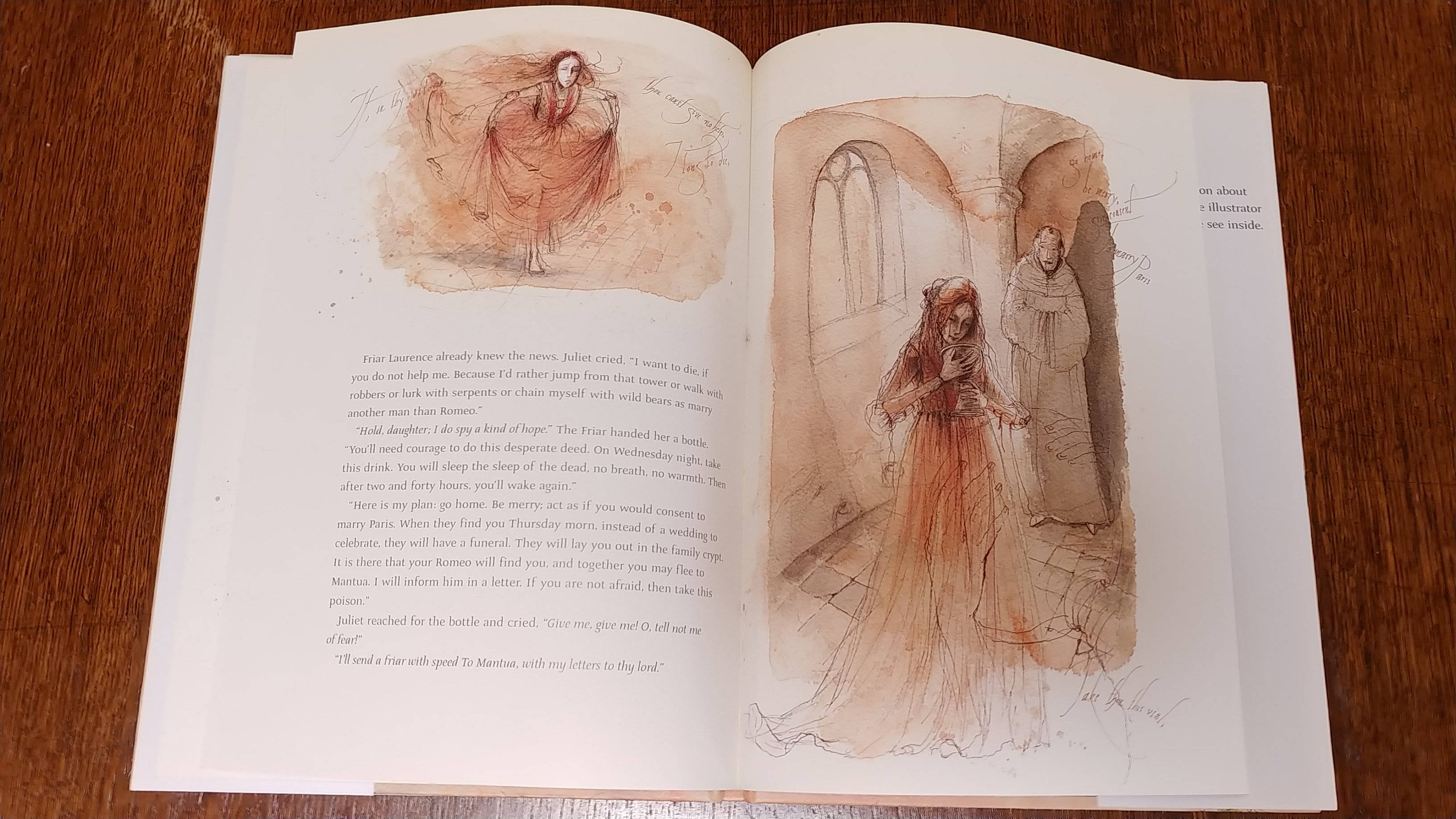 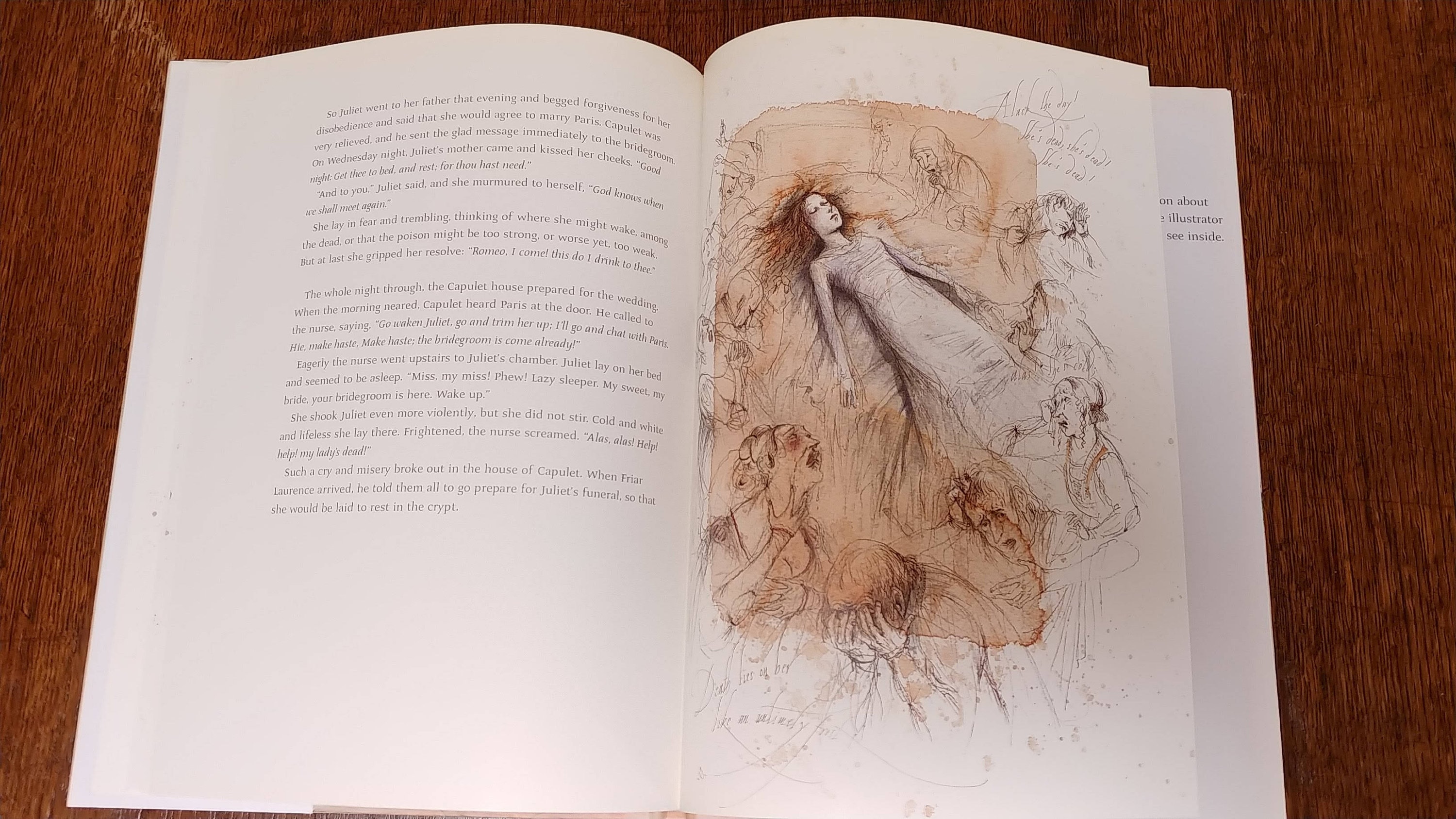 Shakespeare captured the human condition in archetypal characters and scenarios but his wordcraft, so essential to the development of the English language, can be daunting to modern readers. Barbara Kindermann adapts Shakespeare's timeless play about passion and forbidden love into a fairy tale as an introduction to the Bard for young readers. Christa Unznier embraces the story in gauzy, romantic pen and ink and watercolor.

"The Prince of Verona was fed up with this pointless feud. One day, when he came across servants from the two houses fighting, he pulled the men apart and cried, "Rebellious subjects, enemies to peace. Stop this senseless hatred. Three civil brawls have thrice disturbed the quiet of our streets. if you ever disturb our streets again, you will pay for it with your lives! Once more, on pain of death, all men depart."

Kindermann is the founder of Kindermann Verlag, a German publisher of literary classics adapted for young readers.

Condition*: Fine/Near Fine. The dust jacket is mildly ruffled along the top edge.