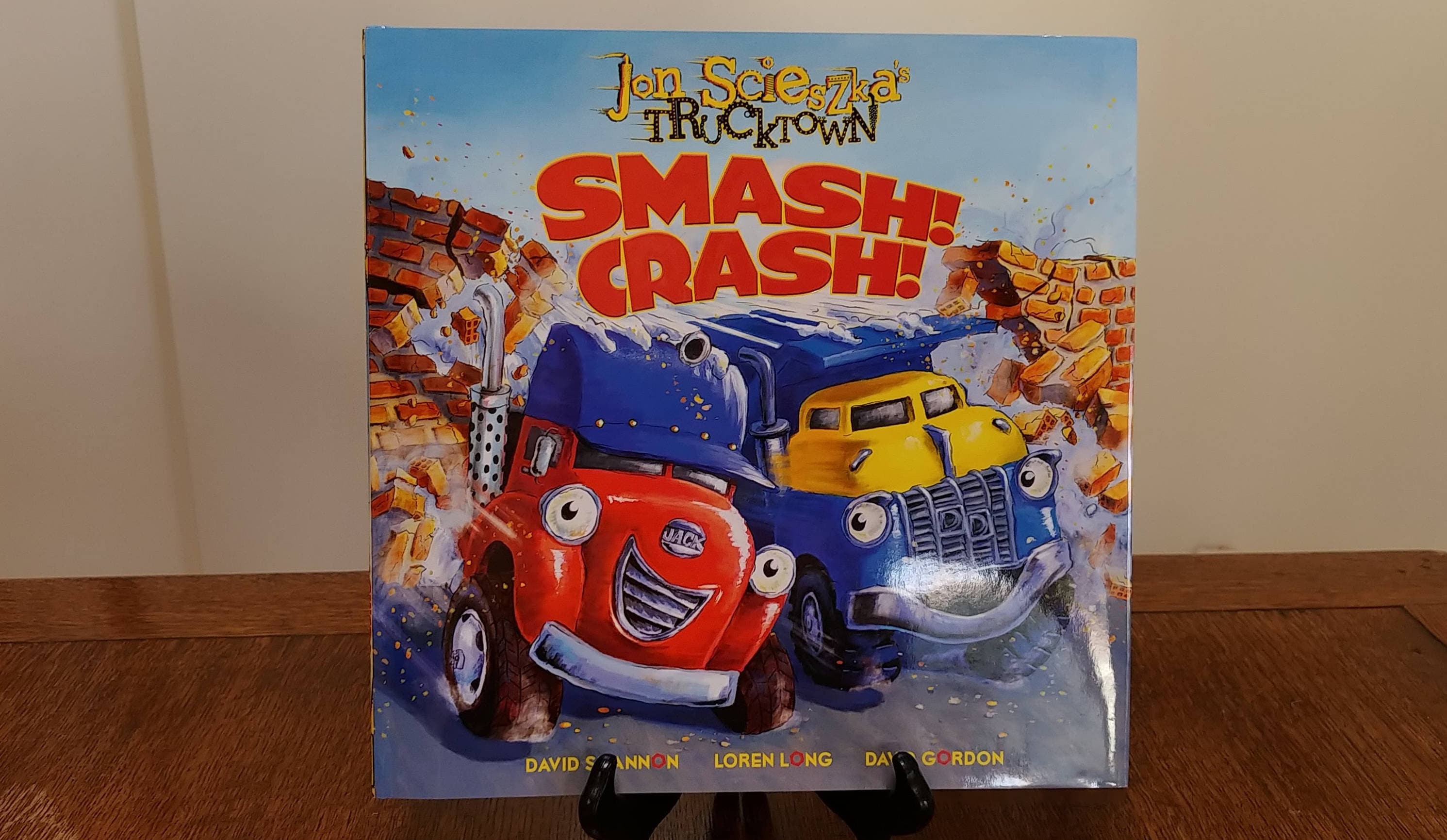 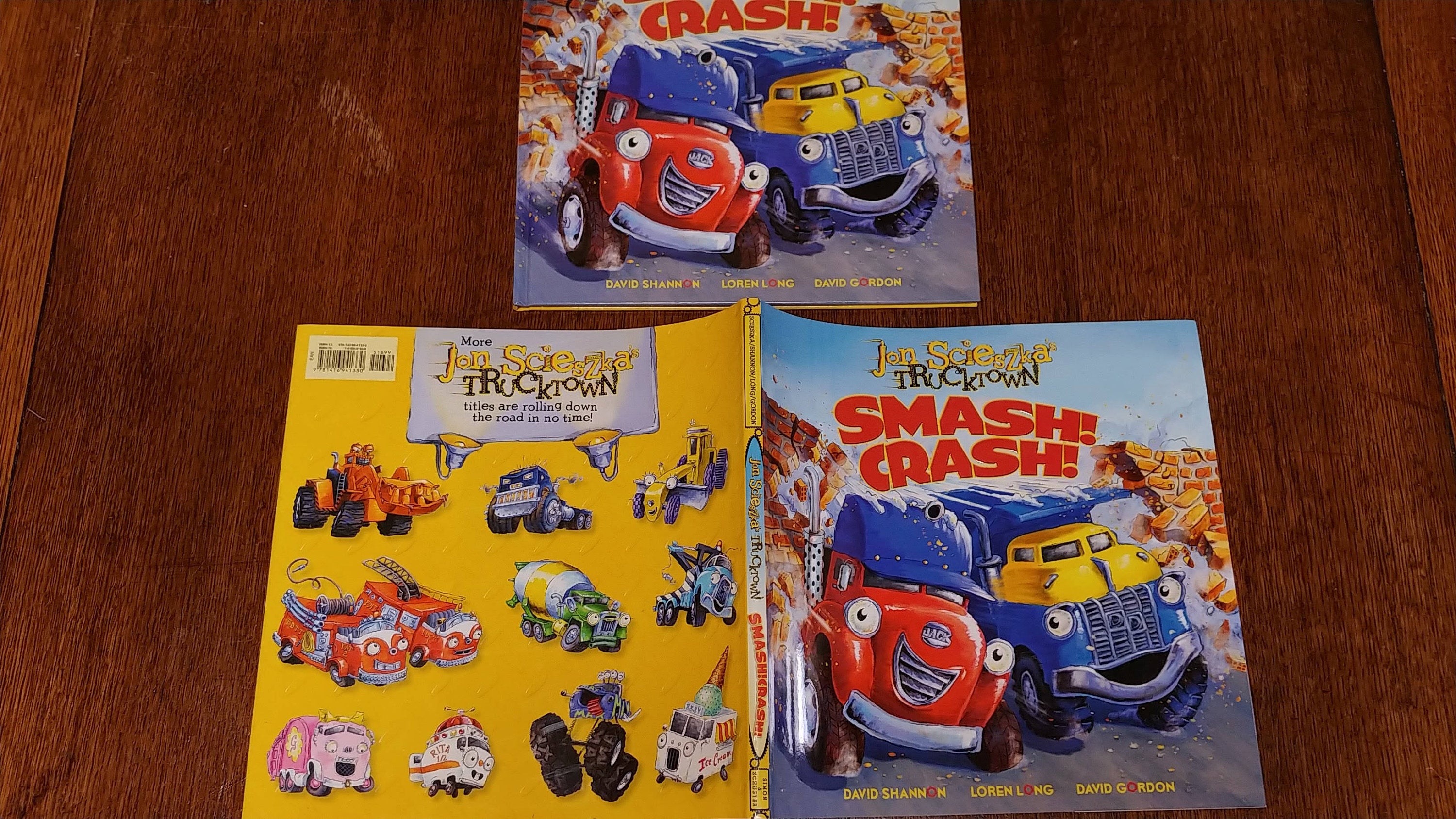 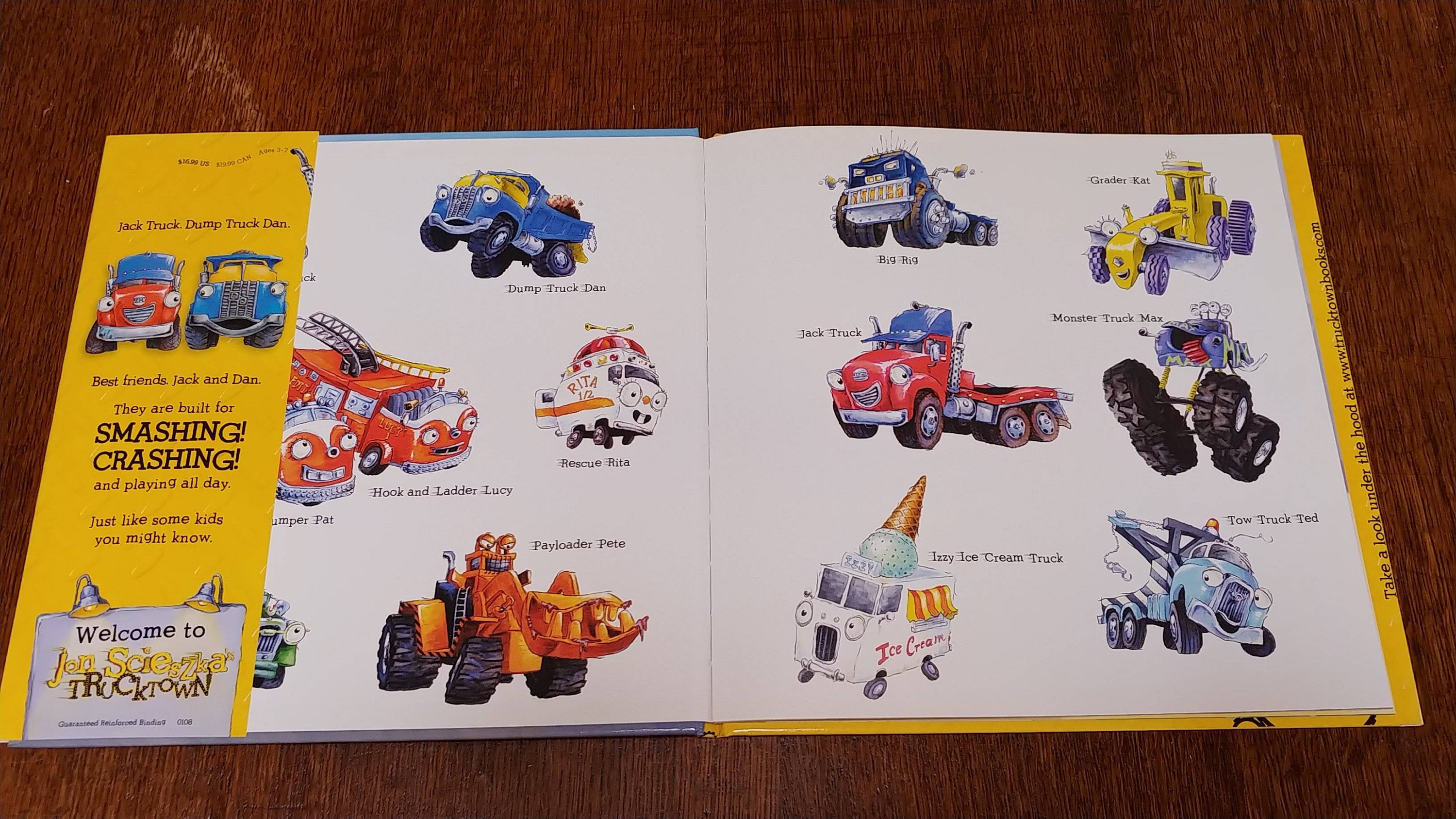 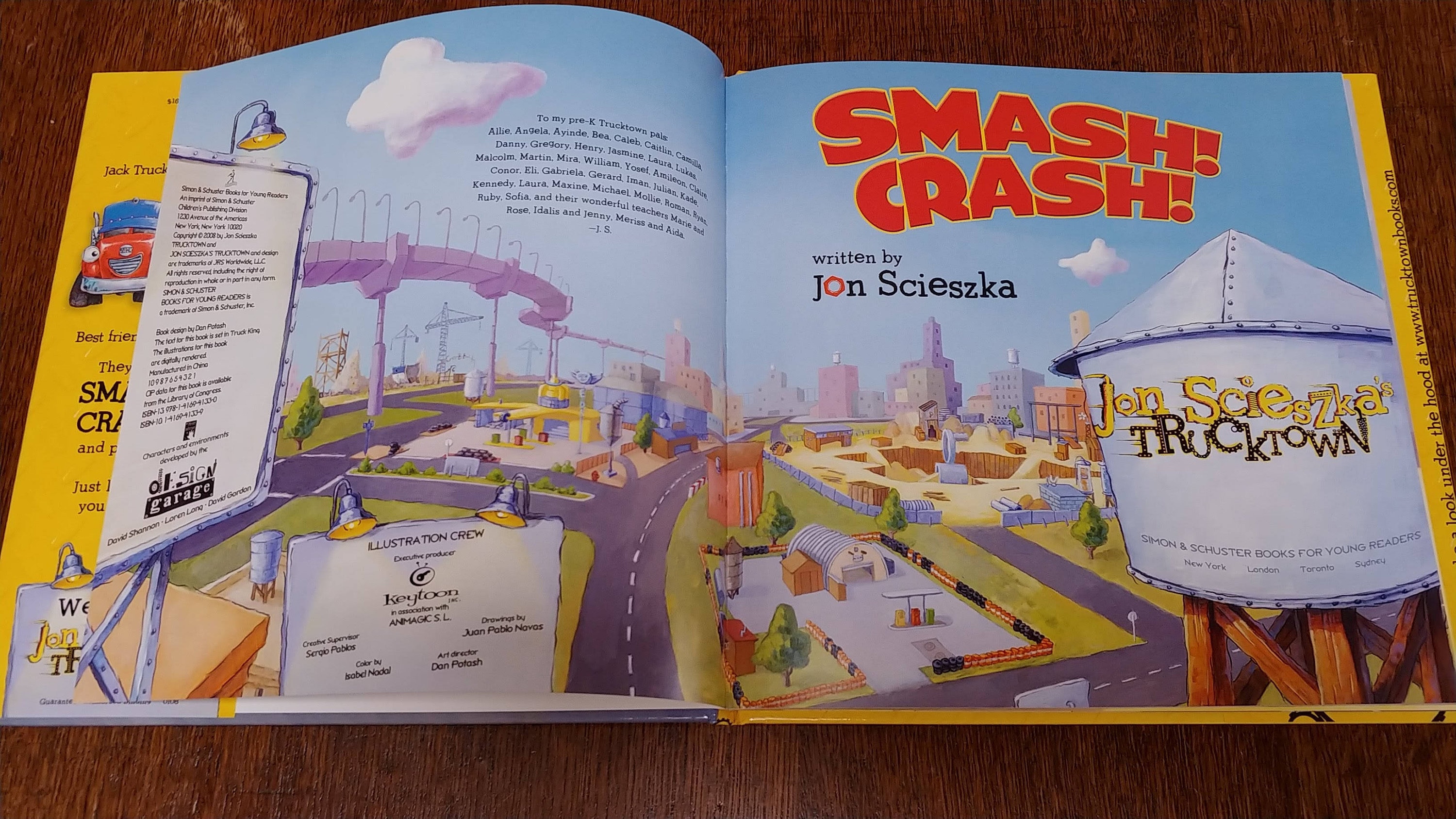 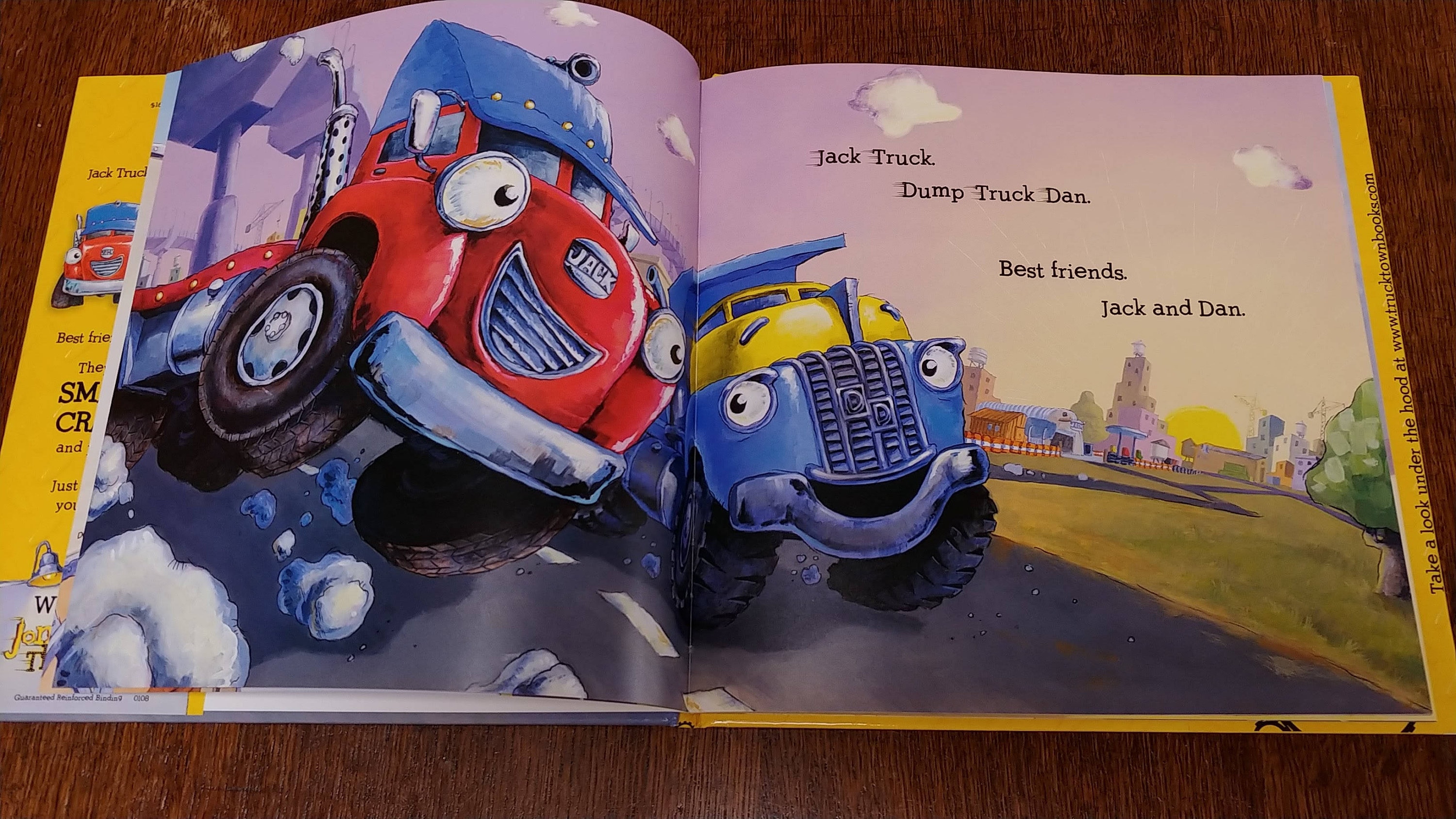 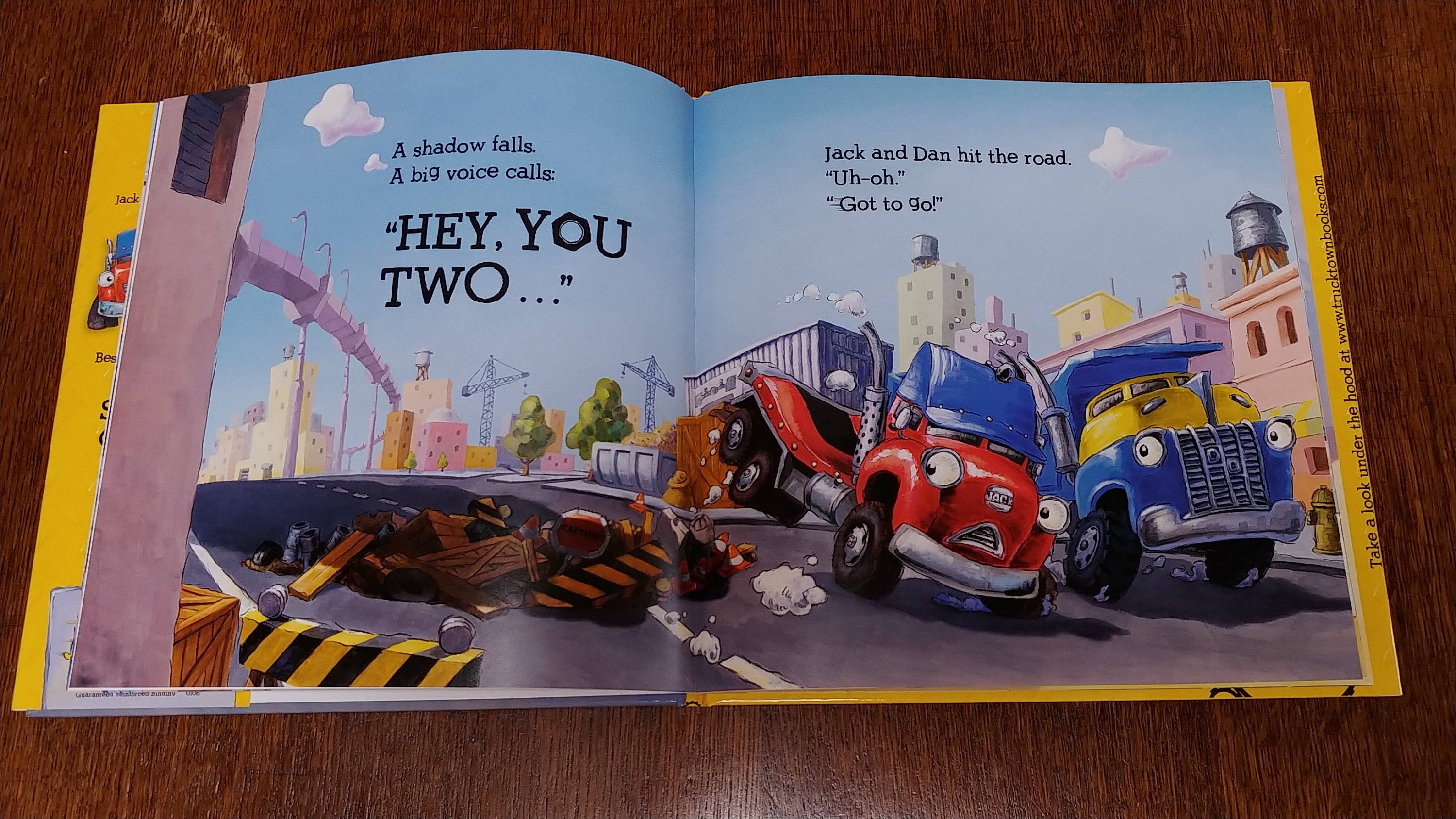 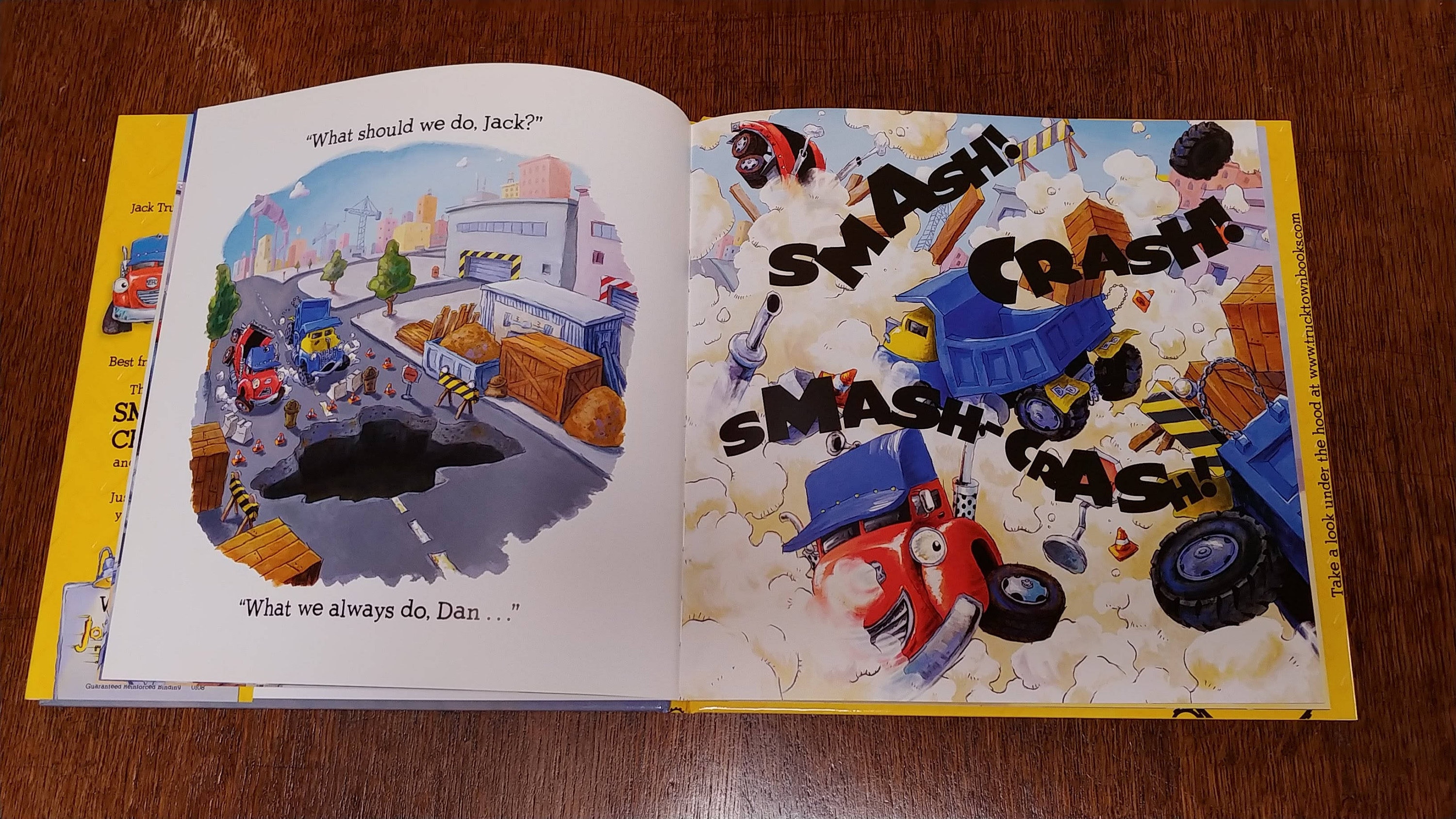 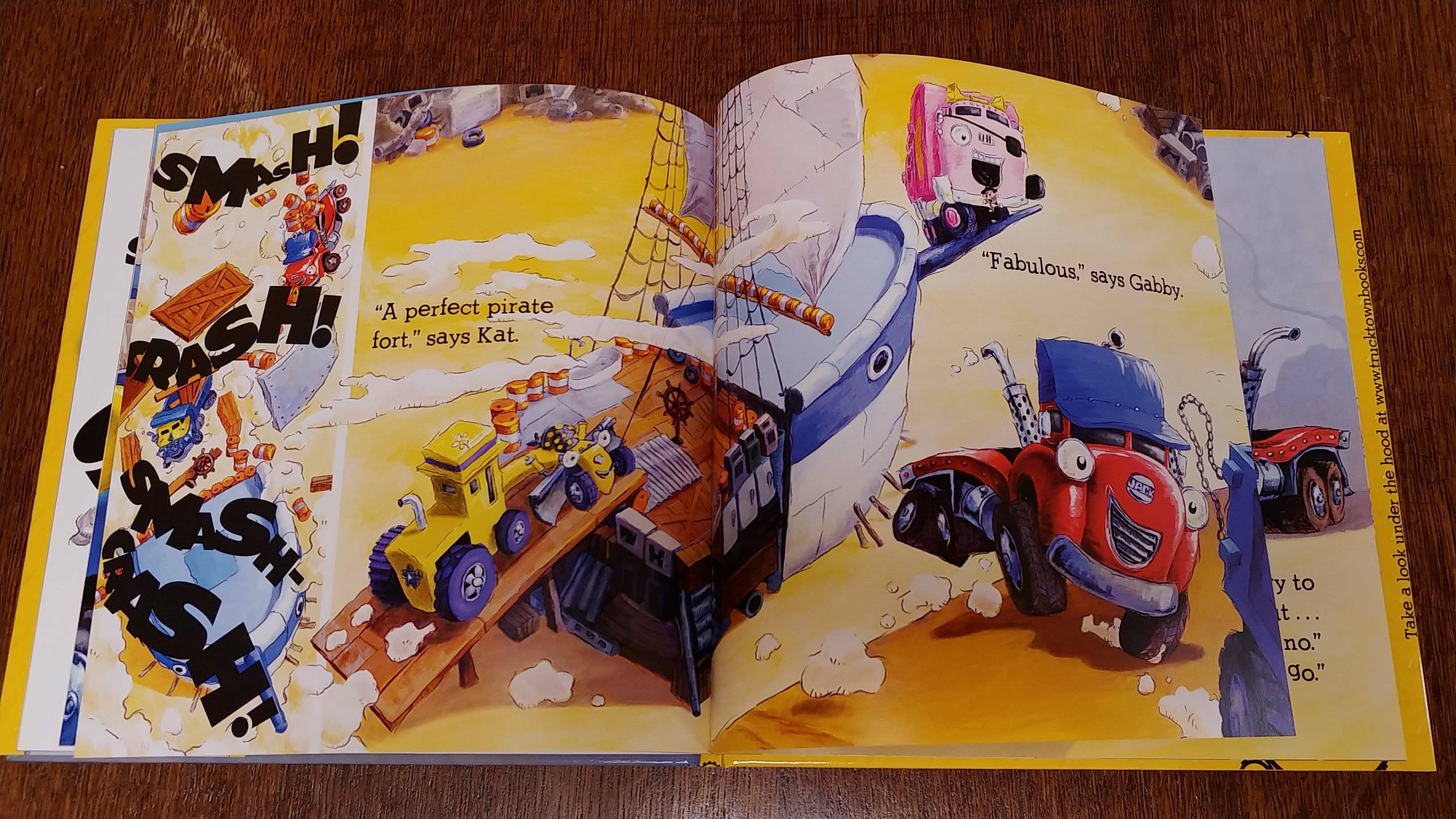 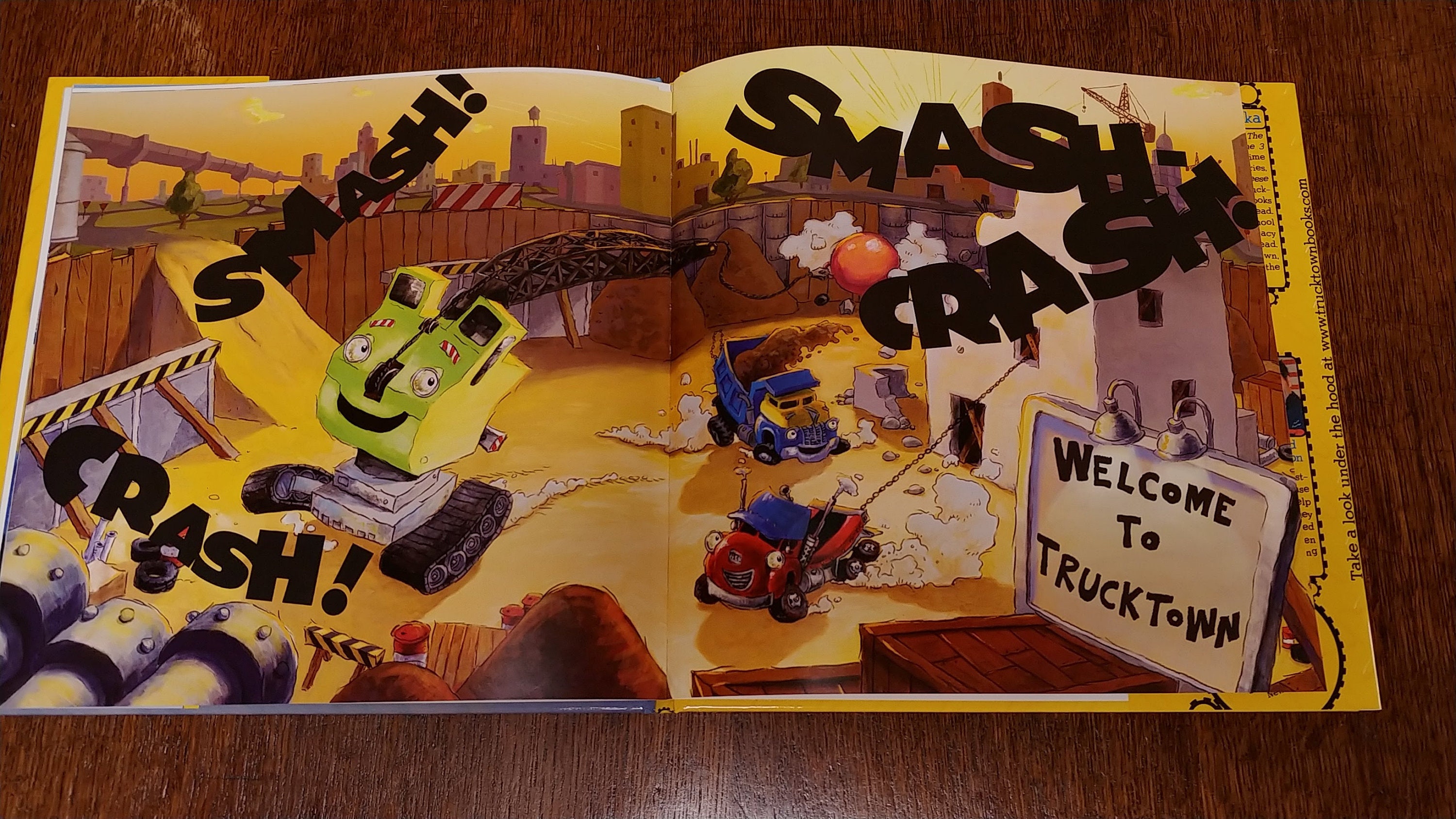 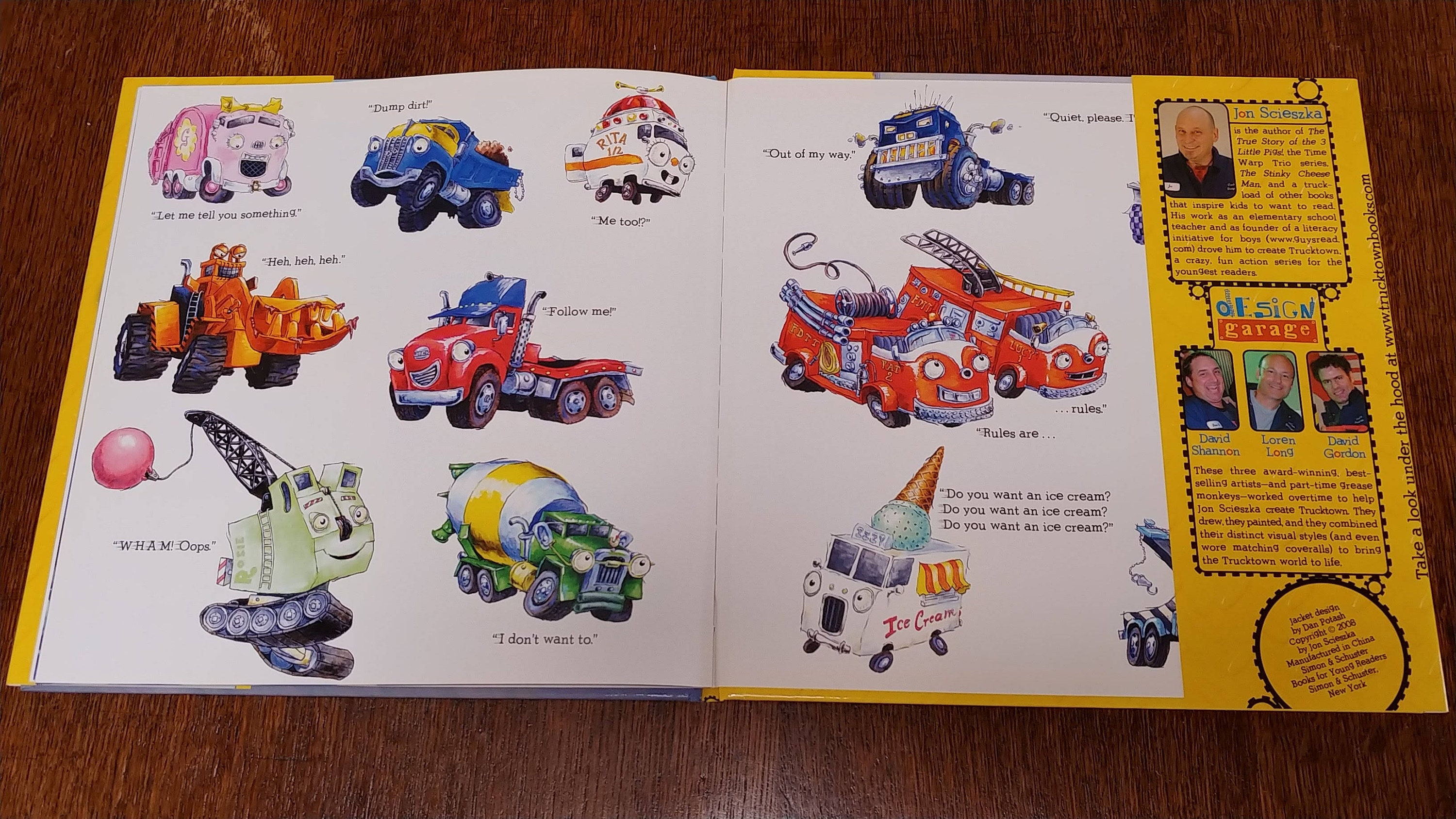 Smash Crash, the first book in the Trucktown series, is the soundtrack to the lives of the boys in my family. And this book has it all - trucks, haulers, fire trucks, big rigs, tractors, monster trucks, tow trucks, even an ice cream truck. And my favorite, Cement Mixer Melvin.

Jon Scieszka (1954- ) is a favorite on my bookshelf not only because he writes great children's stories - Time Warp Trio, Stinky Cheese Man, The True Story of the Three Little Pigs, and many others - but because the former teacher advocates for children's literacy, especially boys. He founded Guys Read in 2001 to get boys to read and to love reading so much they become lifelong readers, and maybe even writers.

The Trucktown series was created for boys by a great team of illustrators. They've created an entire program of books, interactive media, animated TV series, and educational aids.