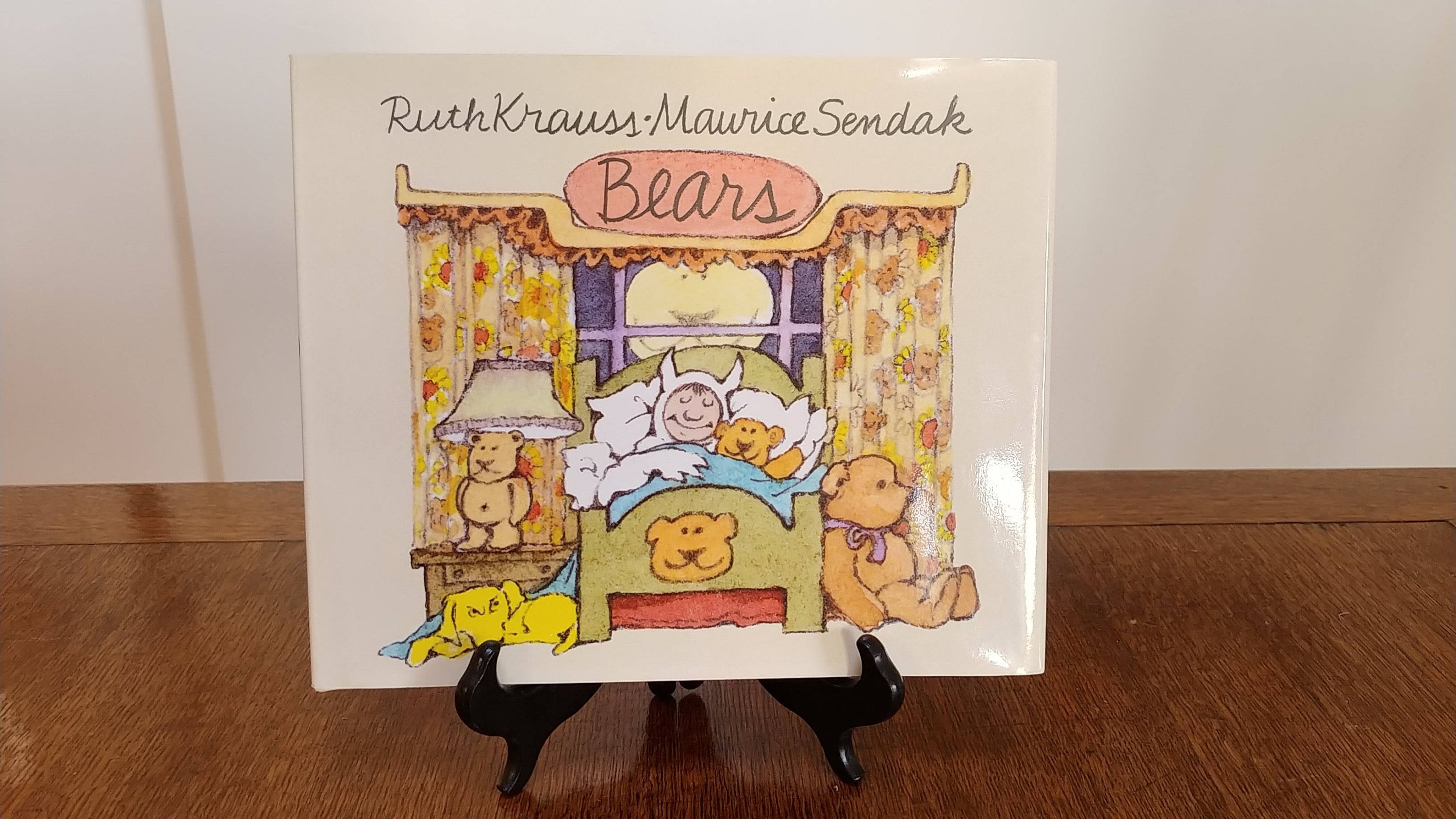 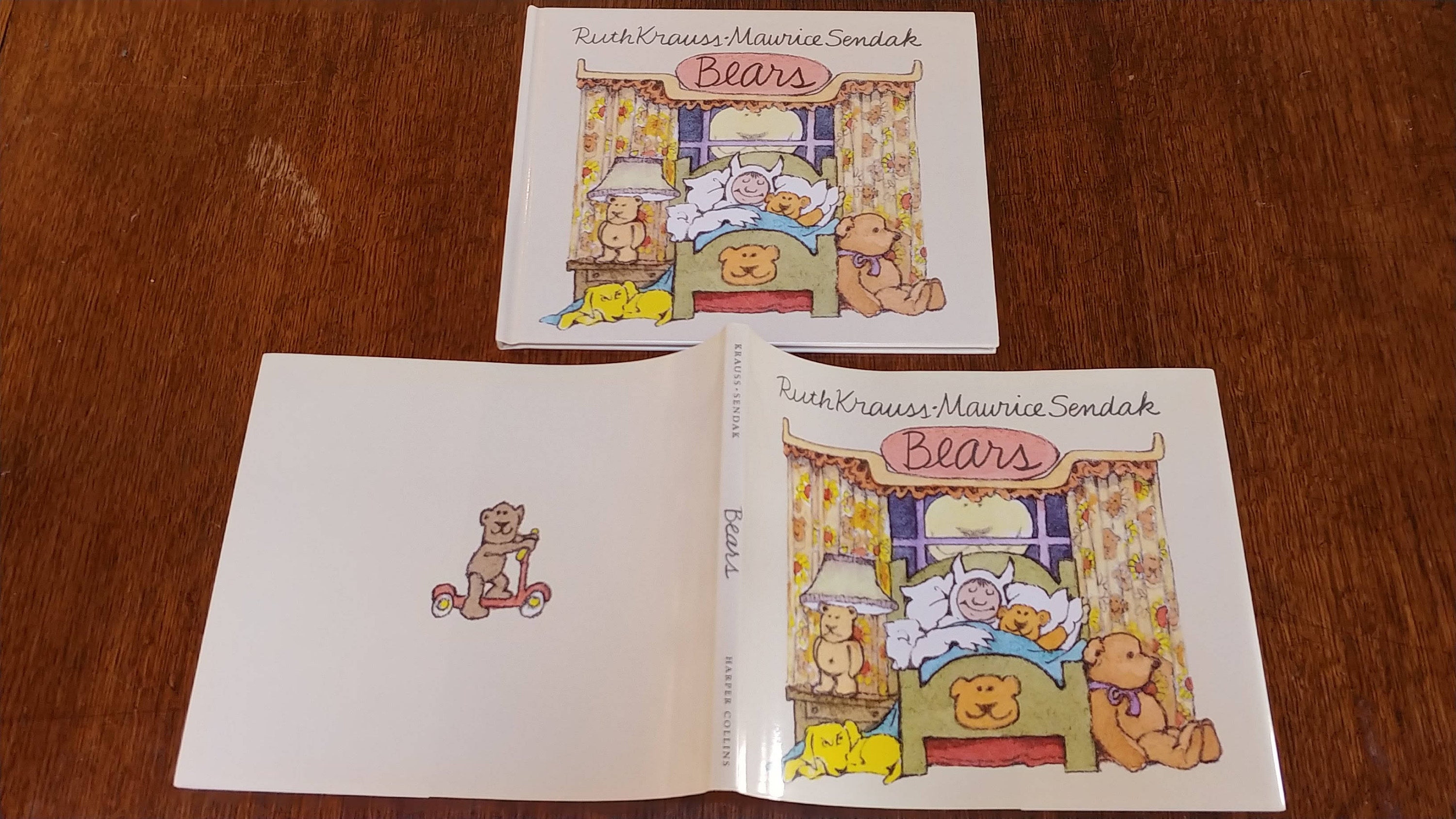 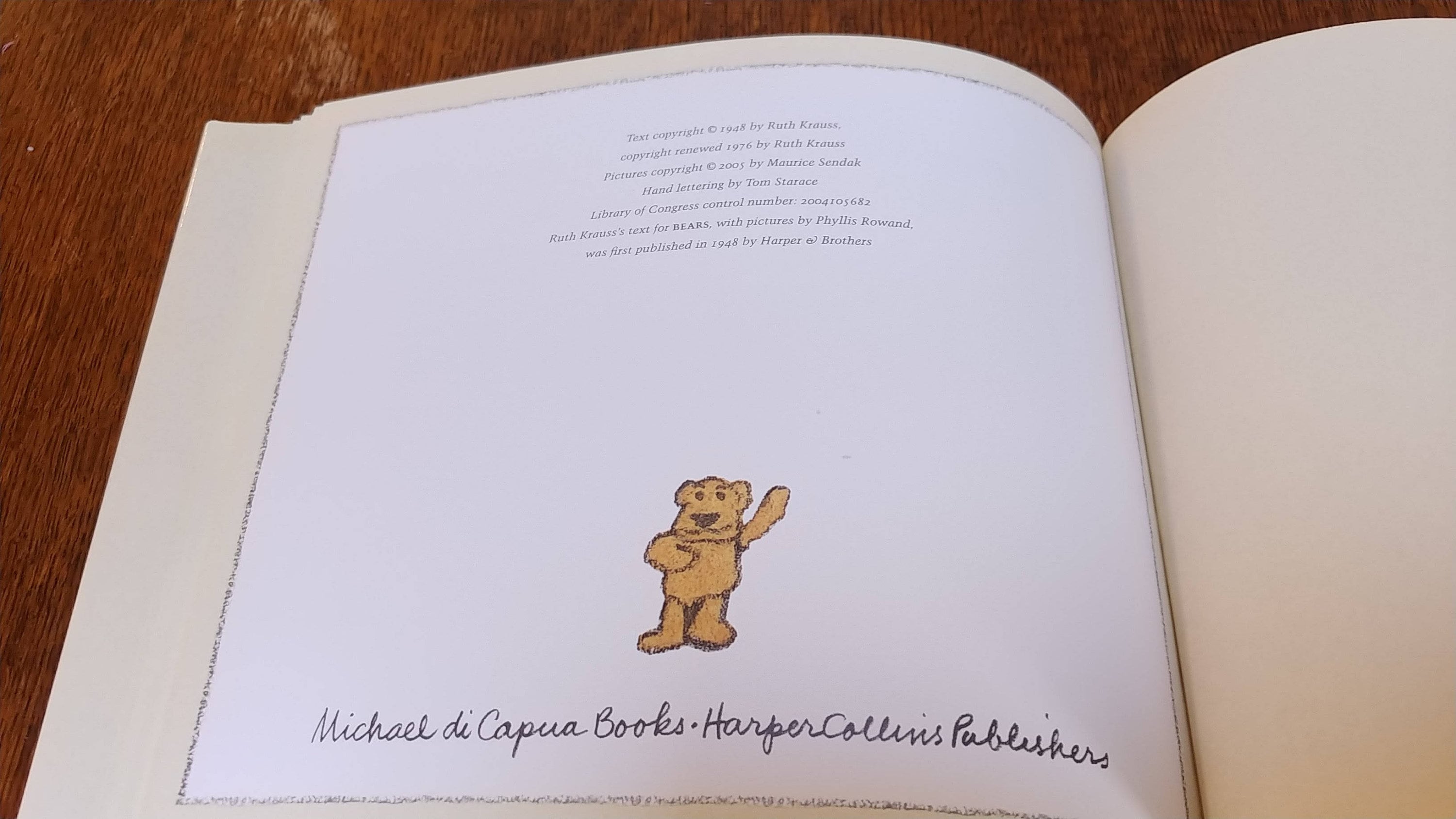 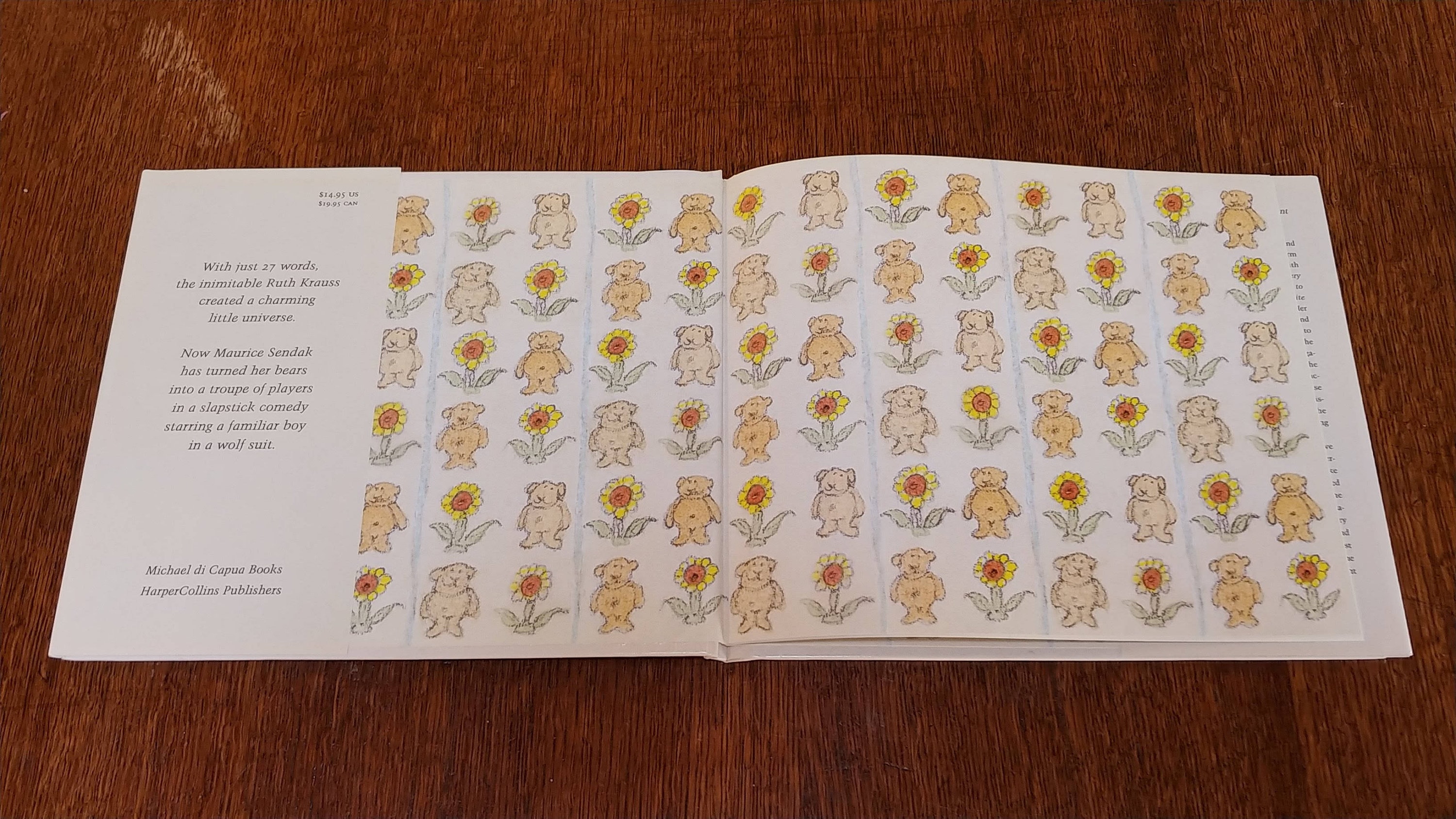 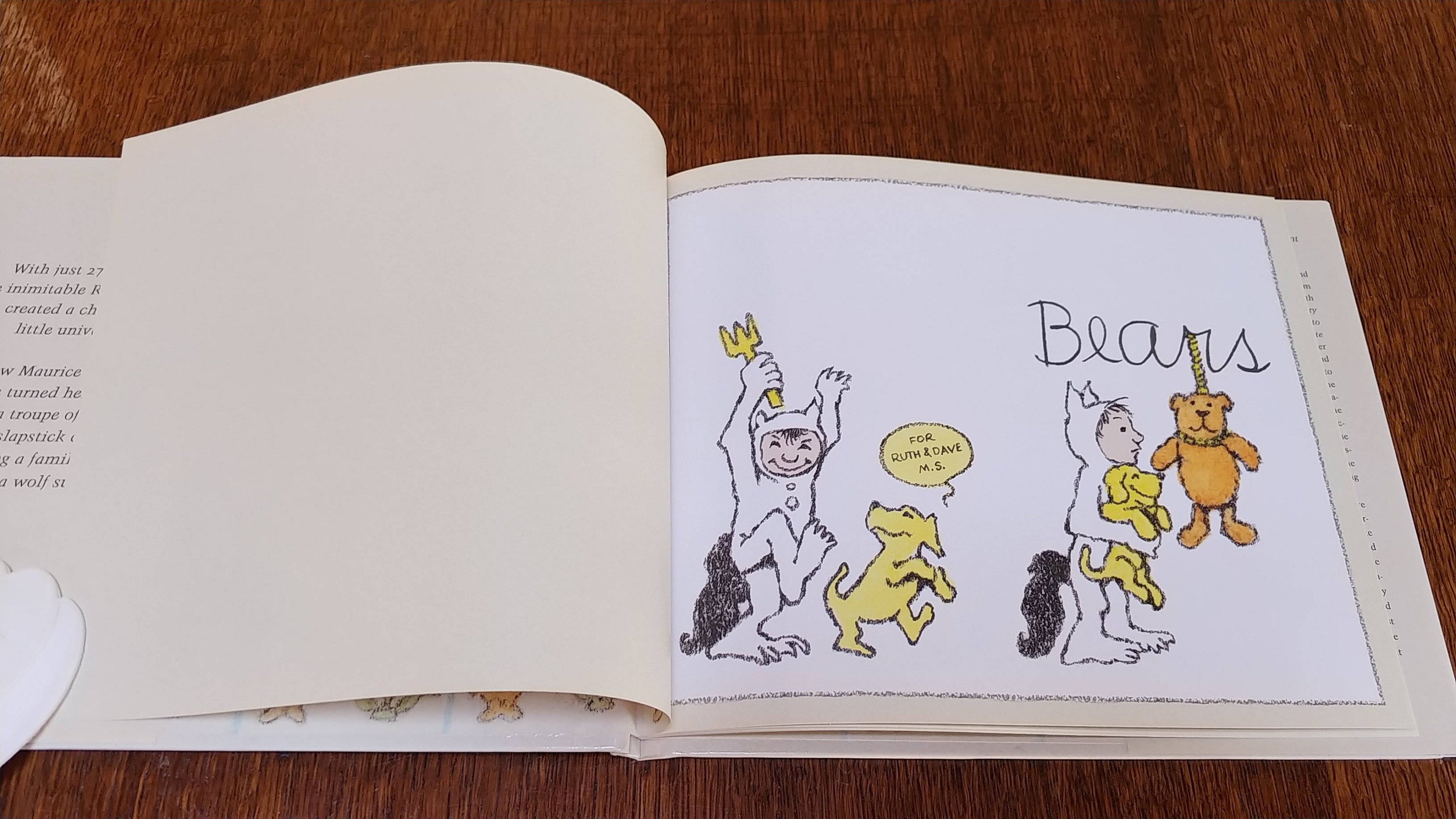 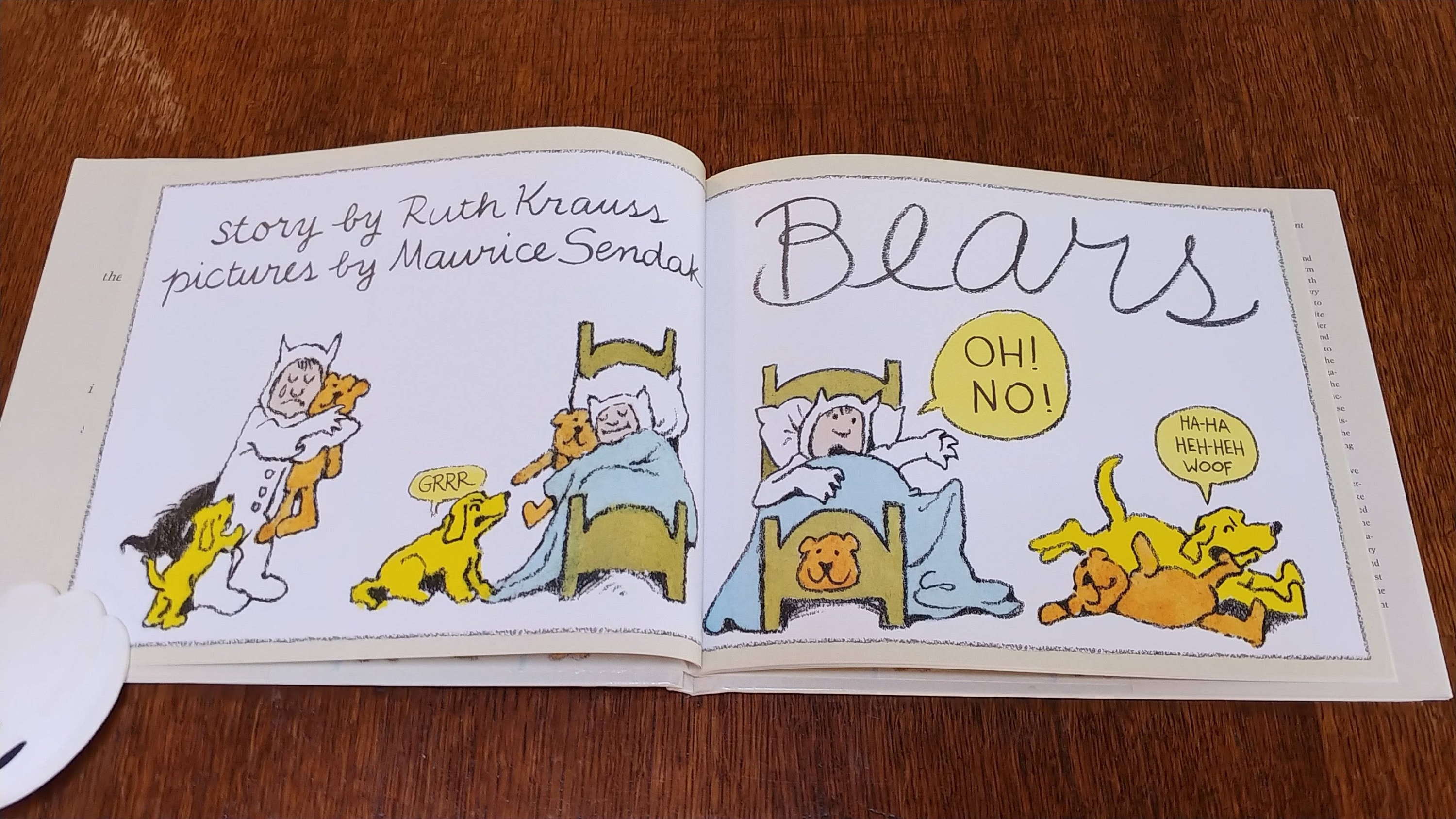 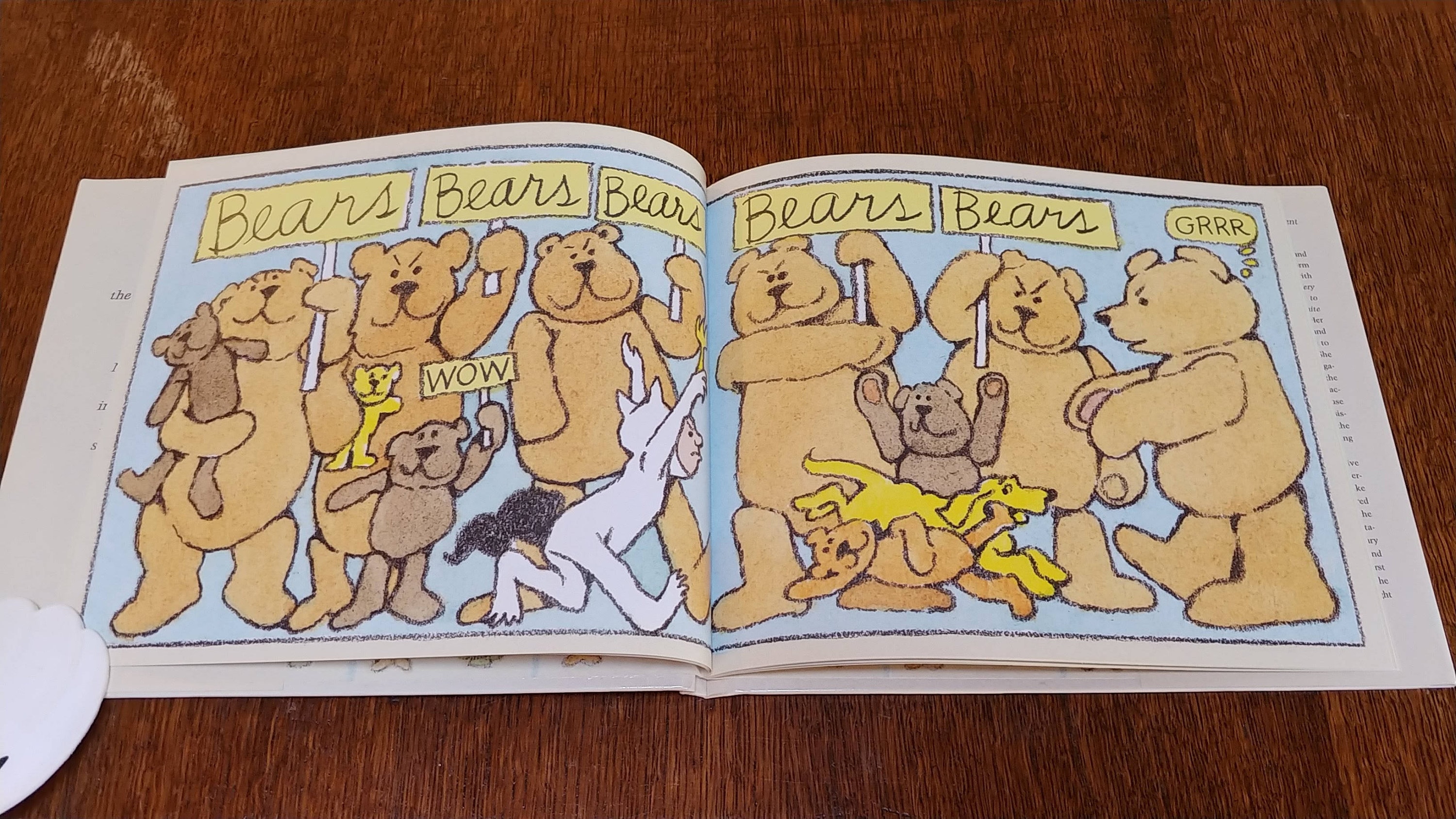 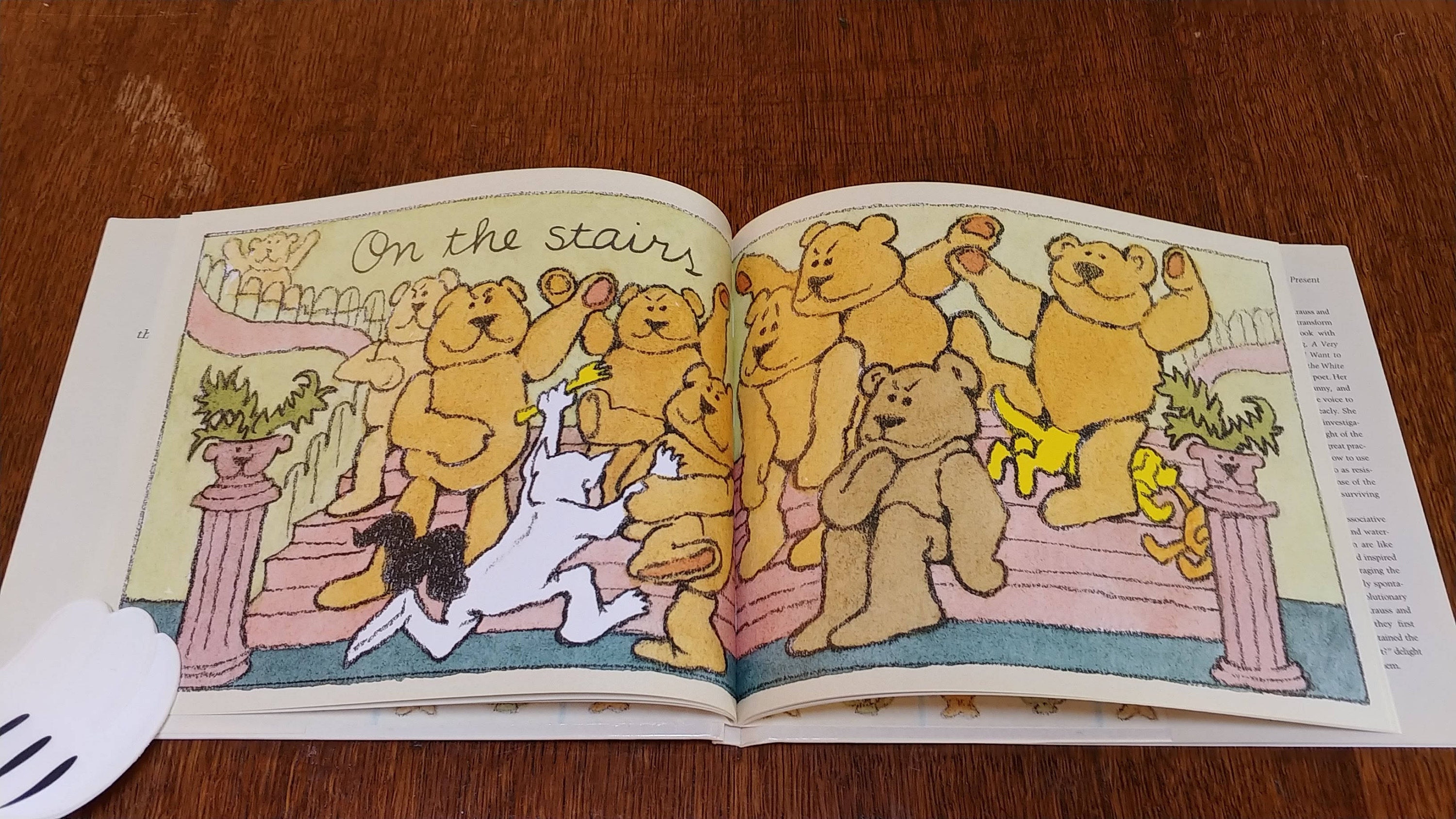 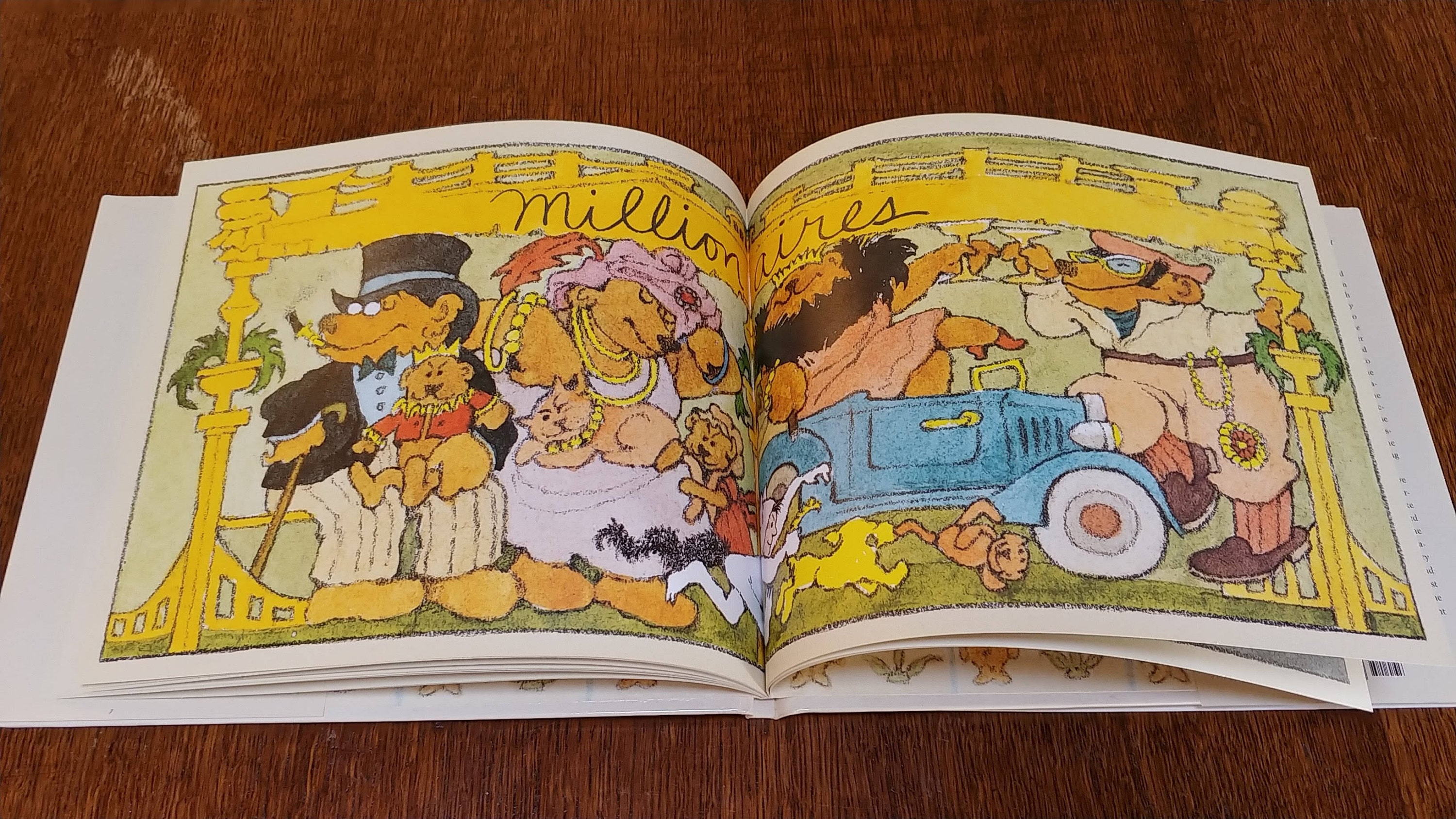 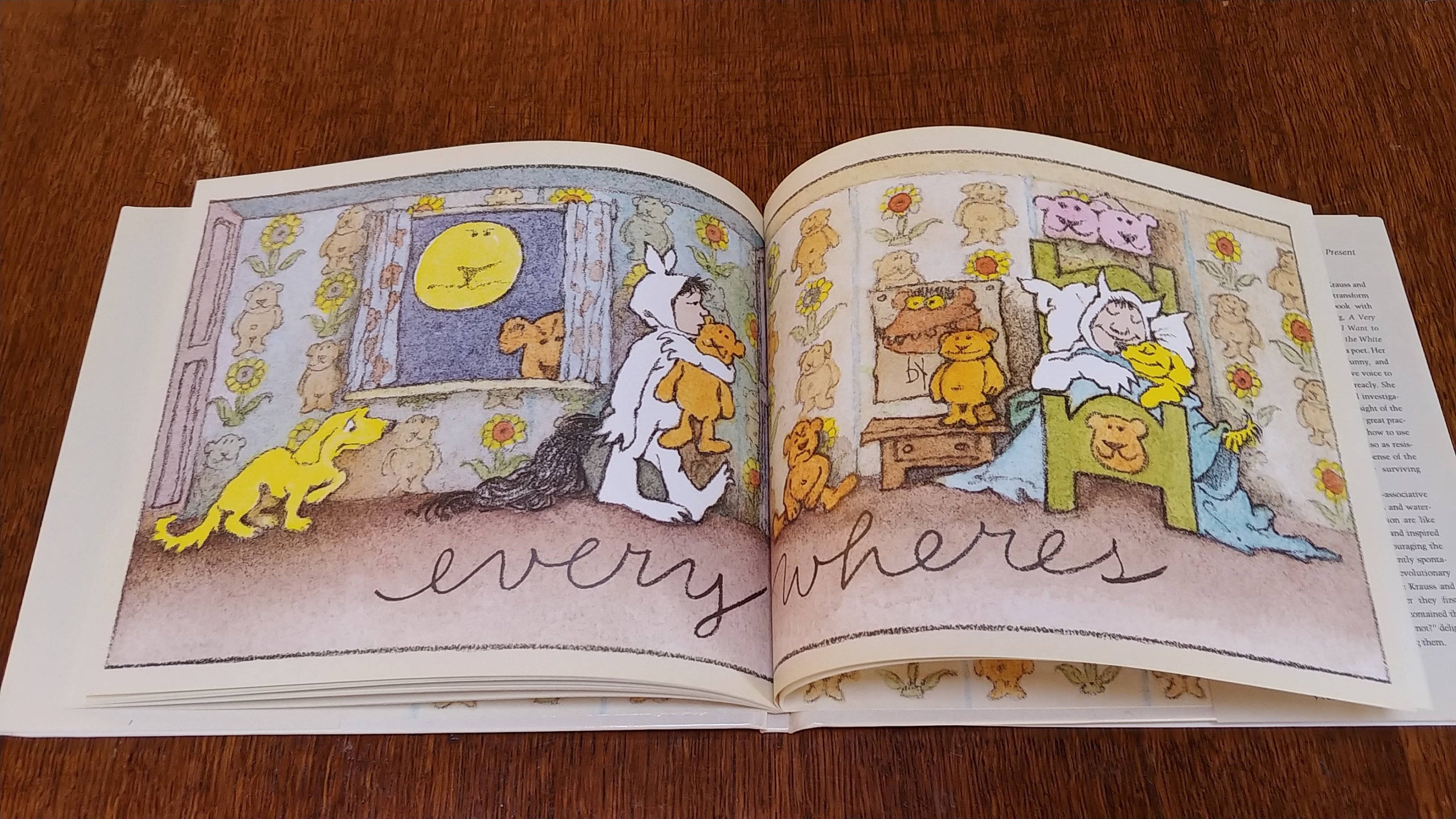 Sendak's Max is back and it's bears, bears, bears, EVERYWHERE! in this classic children's picture book by Ruth Krauss, re-issued in 2005 with illustrations by Maurice Sendak.

Max's dog is not happy to find himself competing with a teddy bear for his buddy's attention, so he snatches the bear and the chase is on. Bears everywhere...bears staring, bears protesting, bears being millionares, bears collecting taxi fares.

"[Krauss] was able to give voice to a child's outsized ardor without sounding treacly... She was a nonsense artist, and like other great practitioners of that indispensable art, she knew how to use nonsense as a means of giddy release and also as resistance training for the logic muscle: One's sense of the world is strengthened after successfully surviving assault by nonsense effectively deployed."

"Sendak responded to Krauss... The best books of their collaboration are like extended jazz duets between two brilliant and inspired artists, each tickling, challenging, and encouraging the other to higher and higher flights of apparently spontaneous invention."