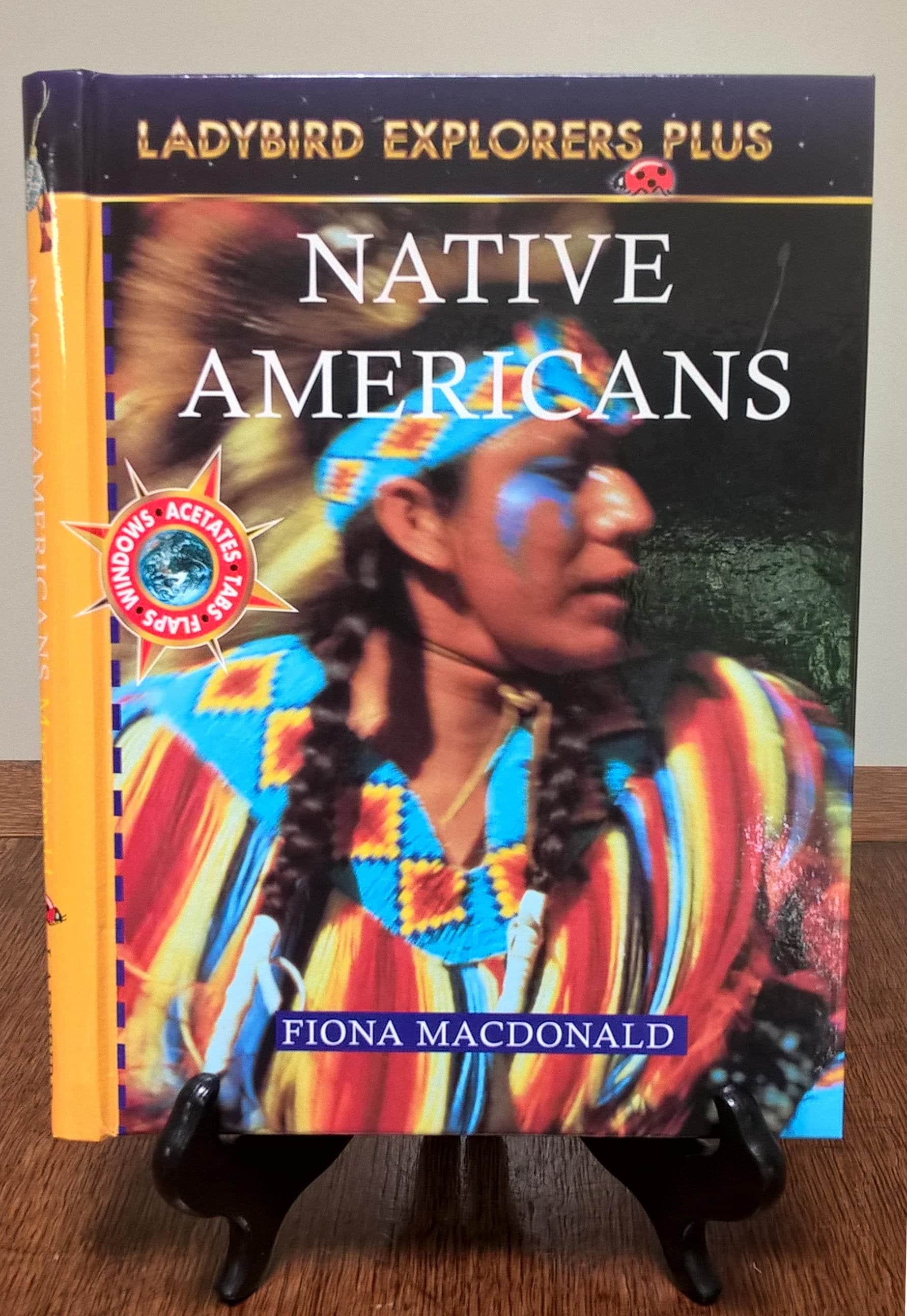 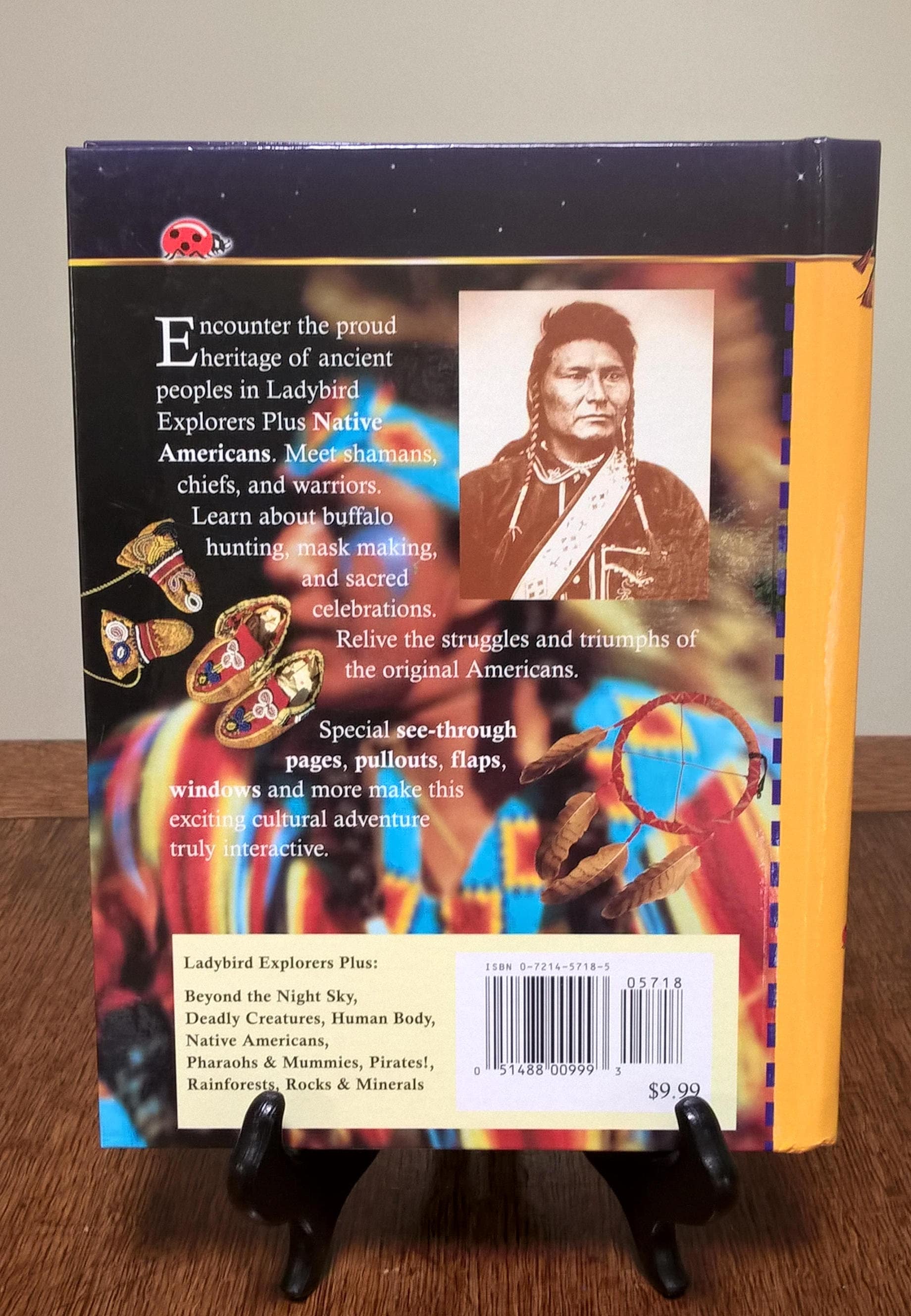 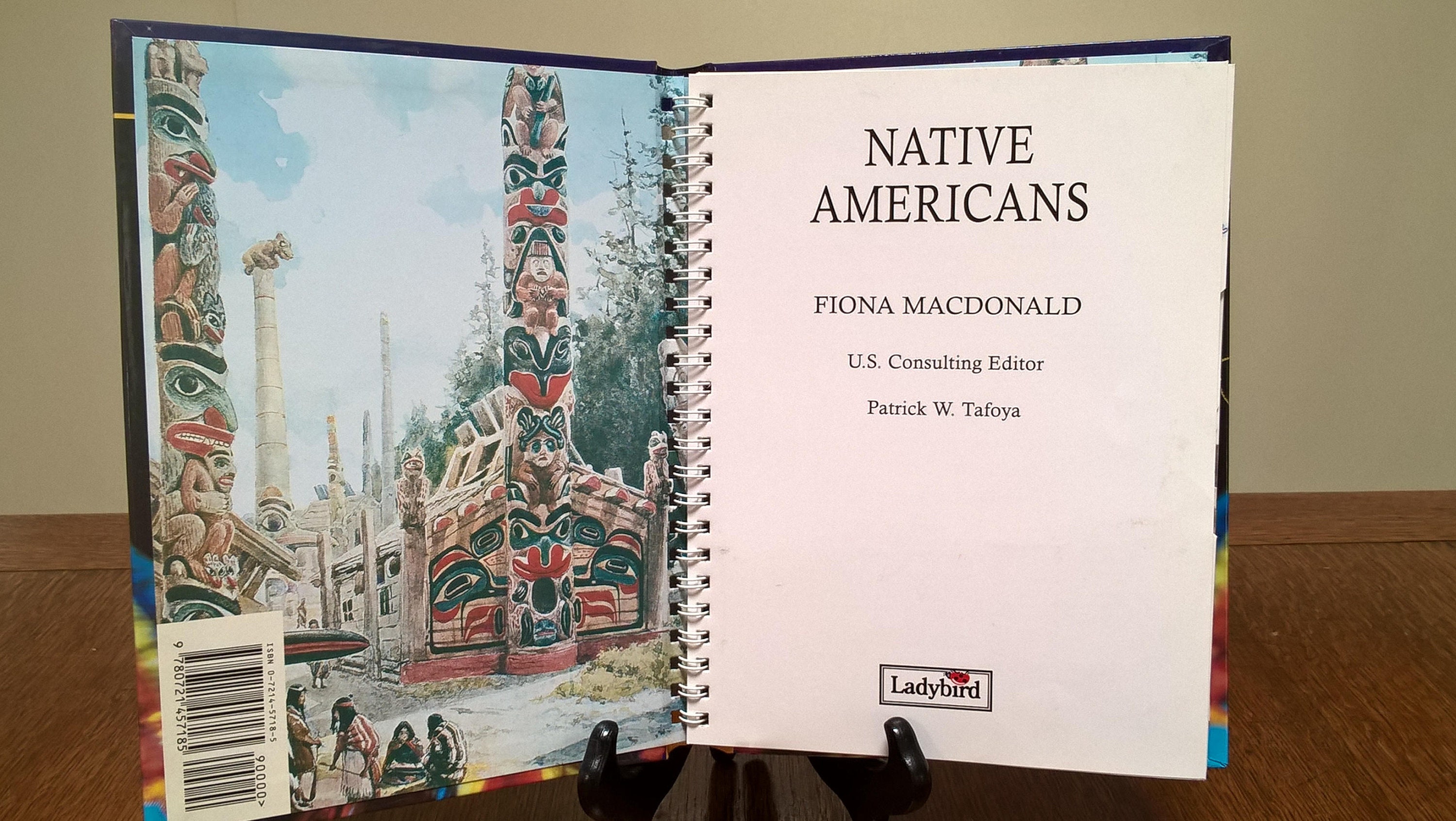 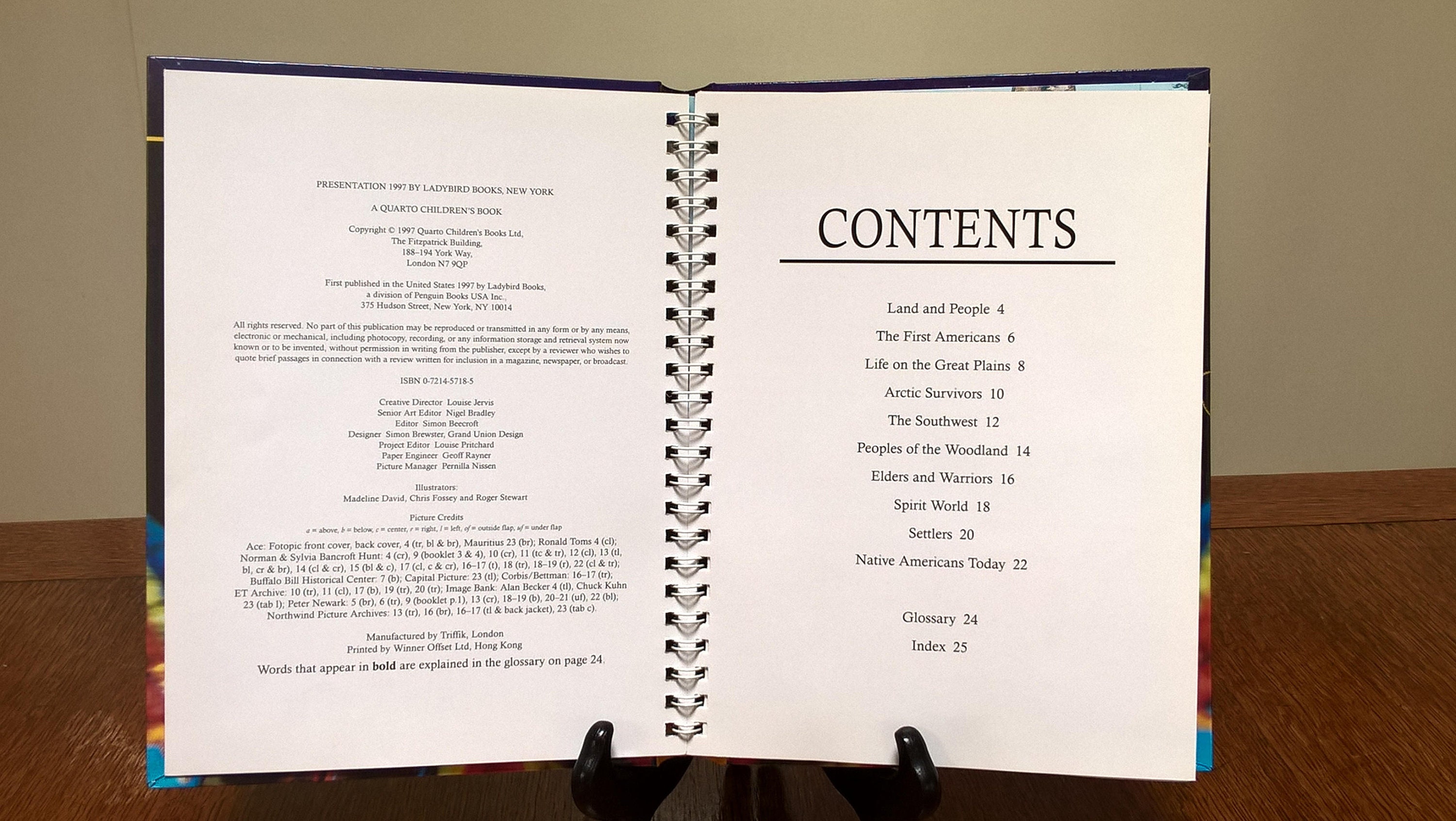 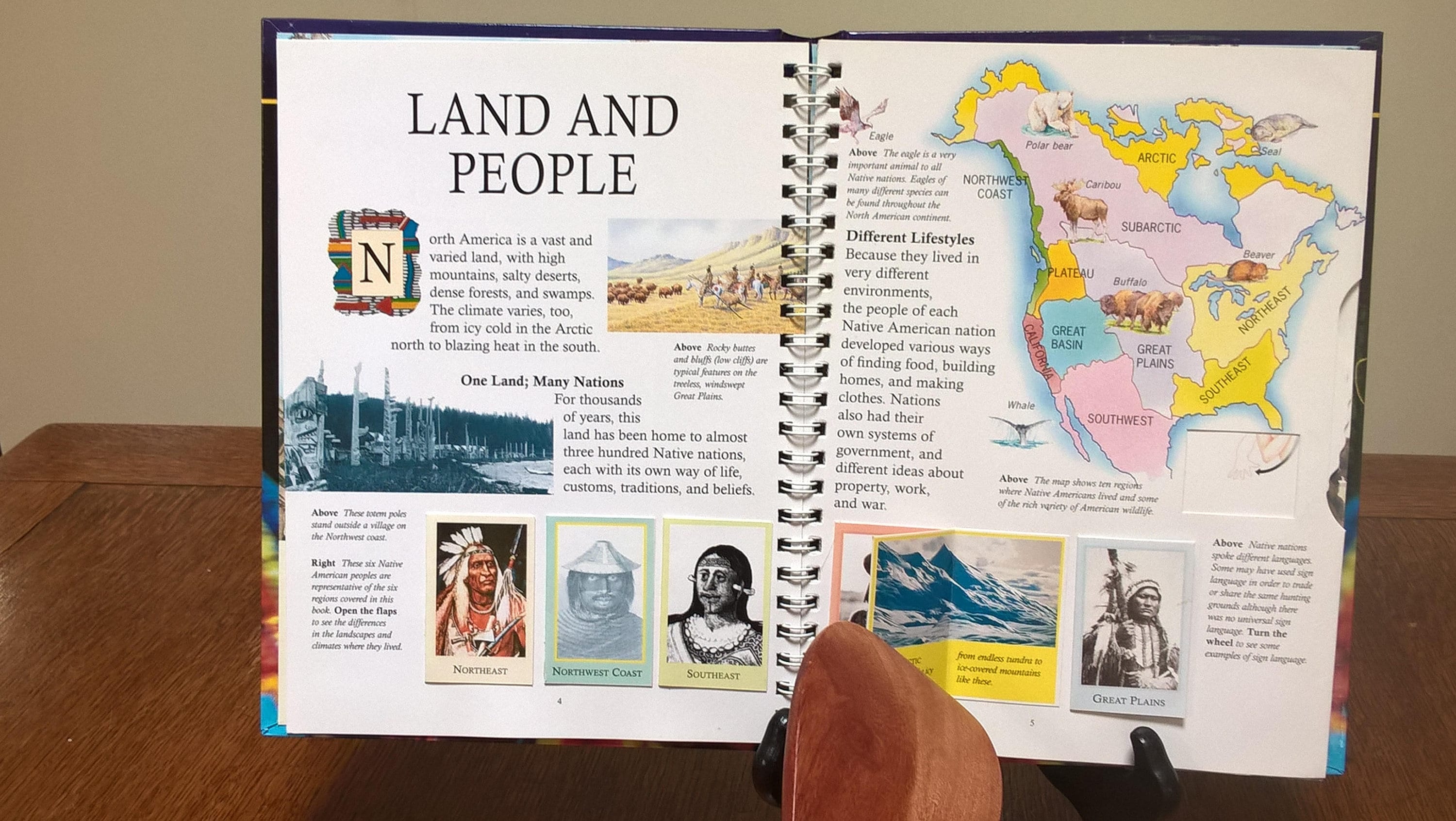 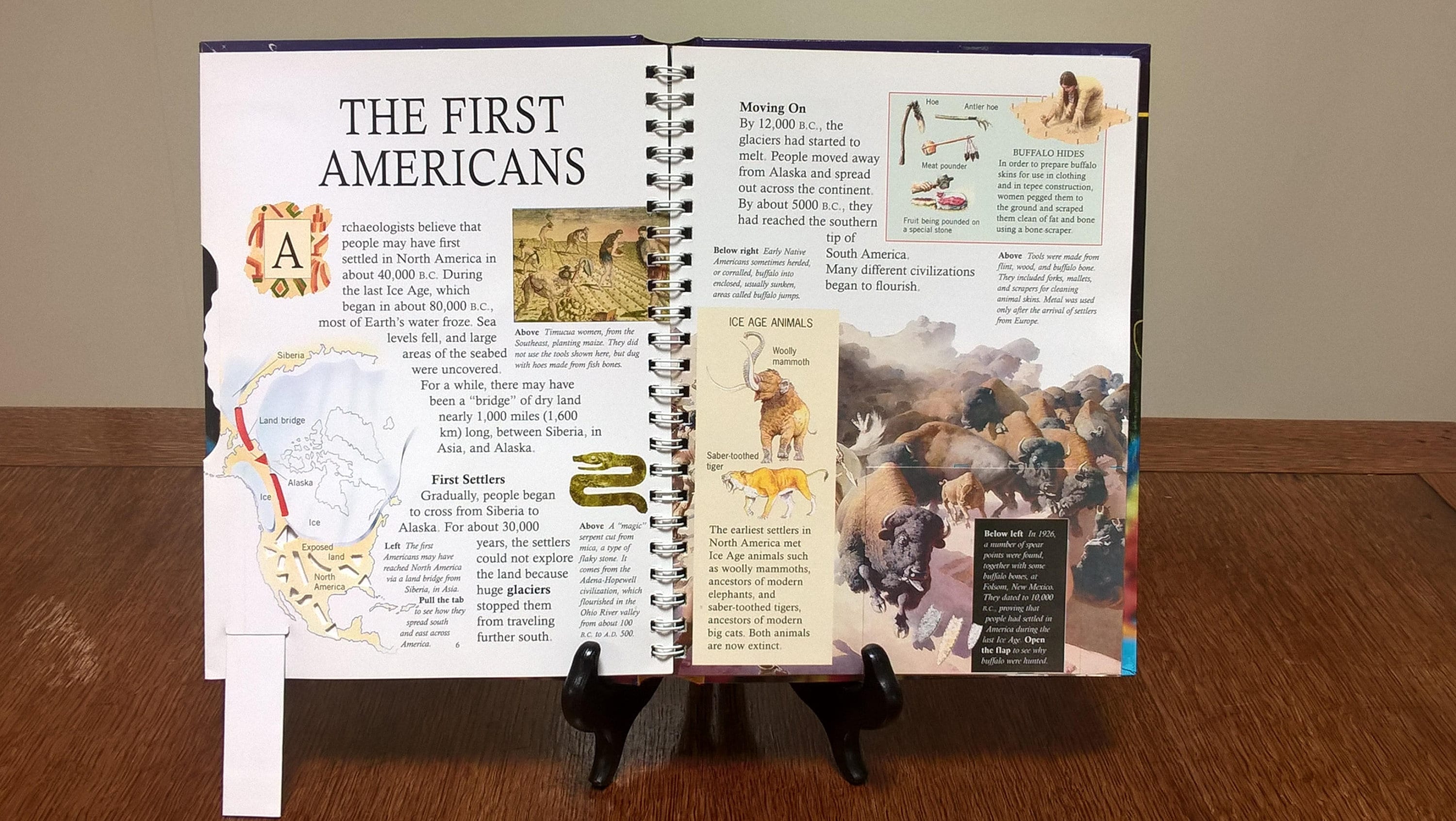 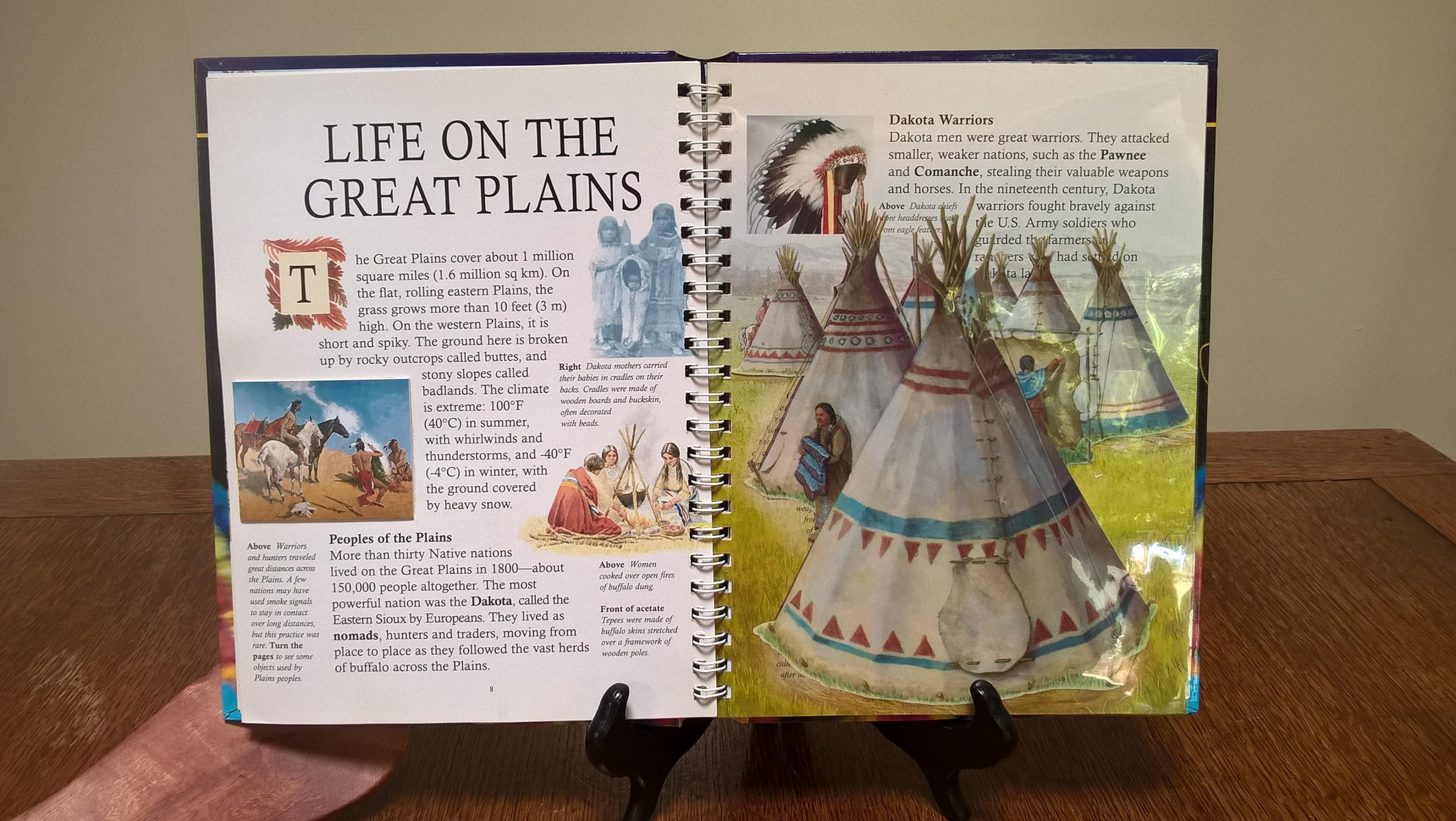 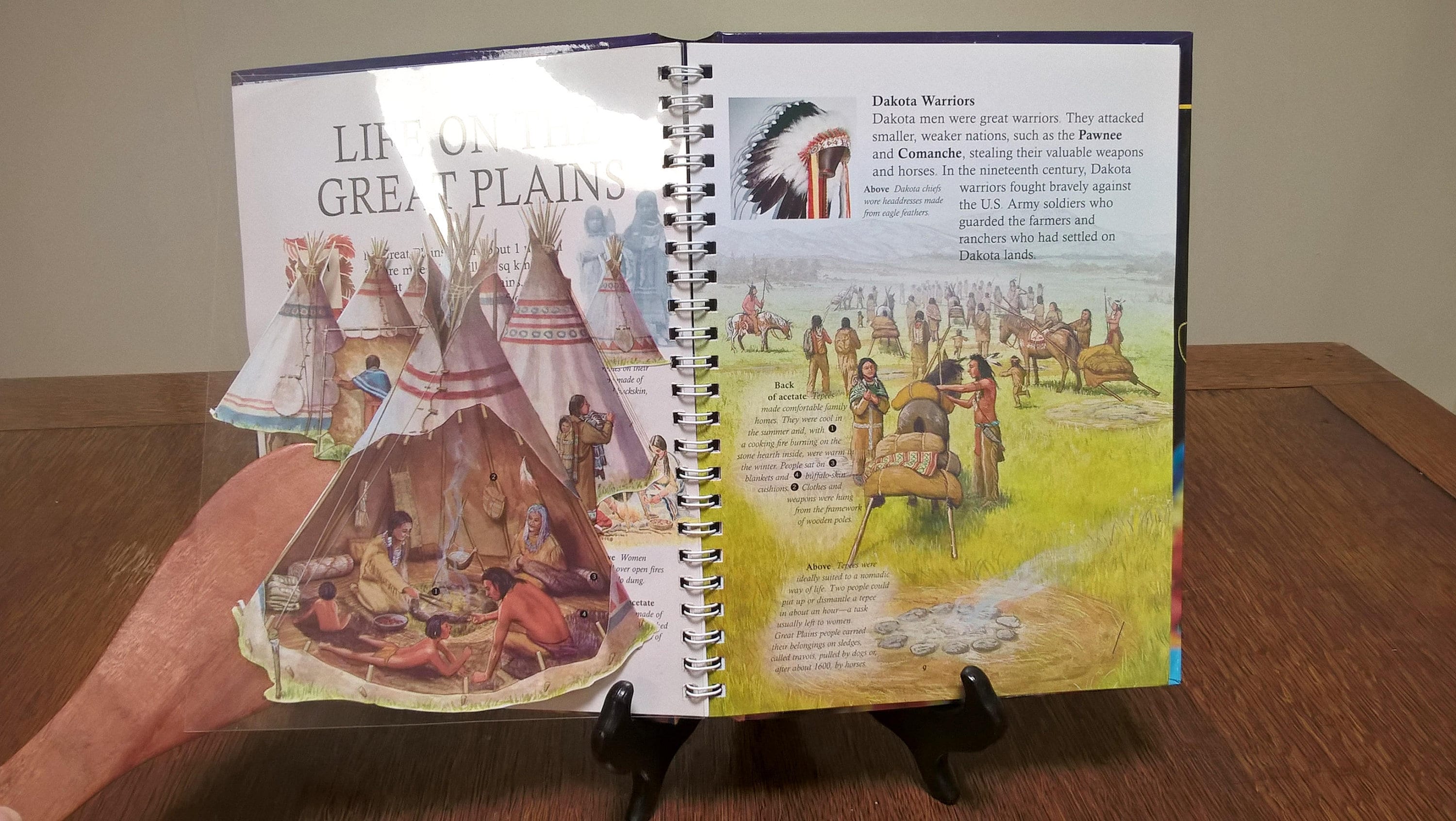 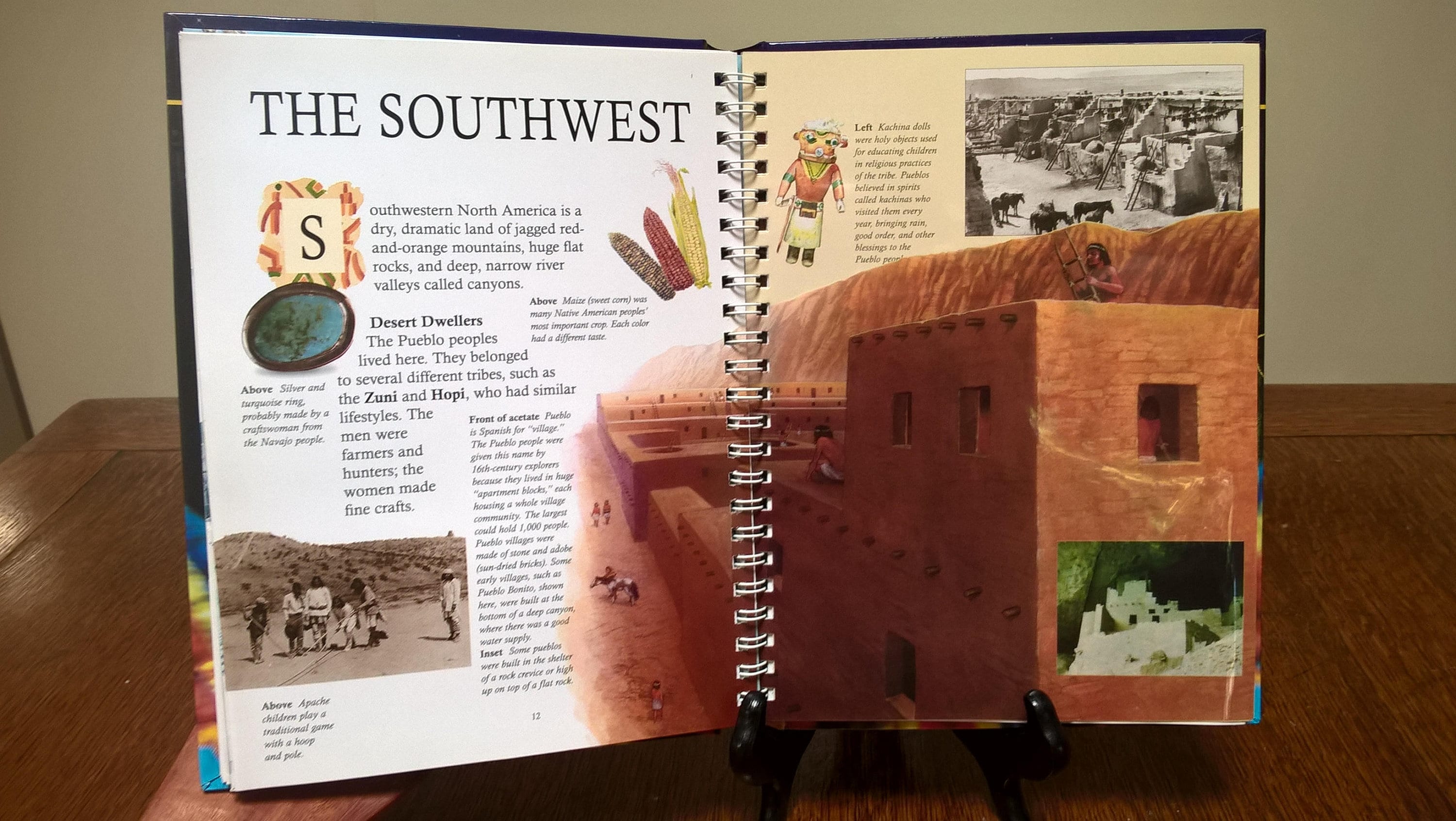 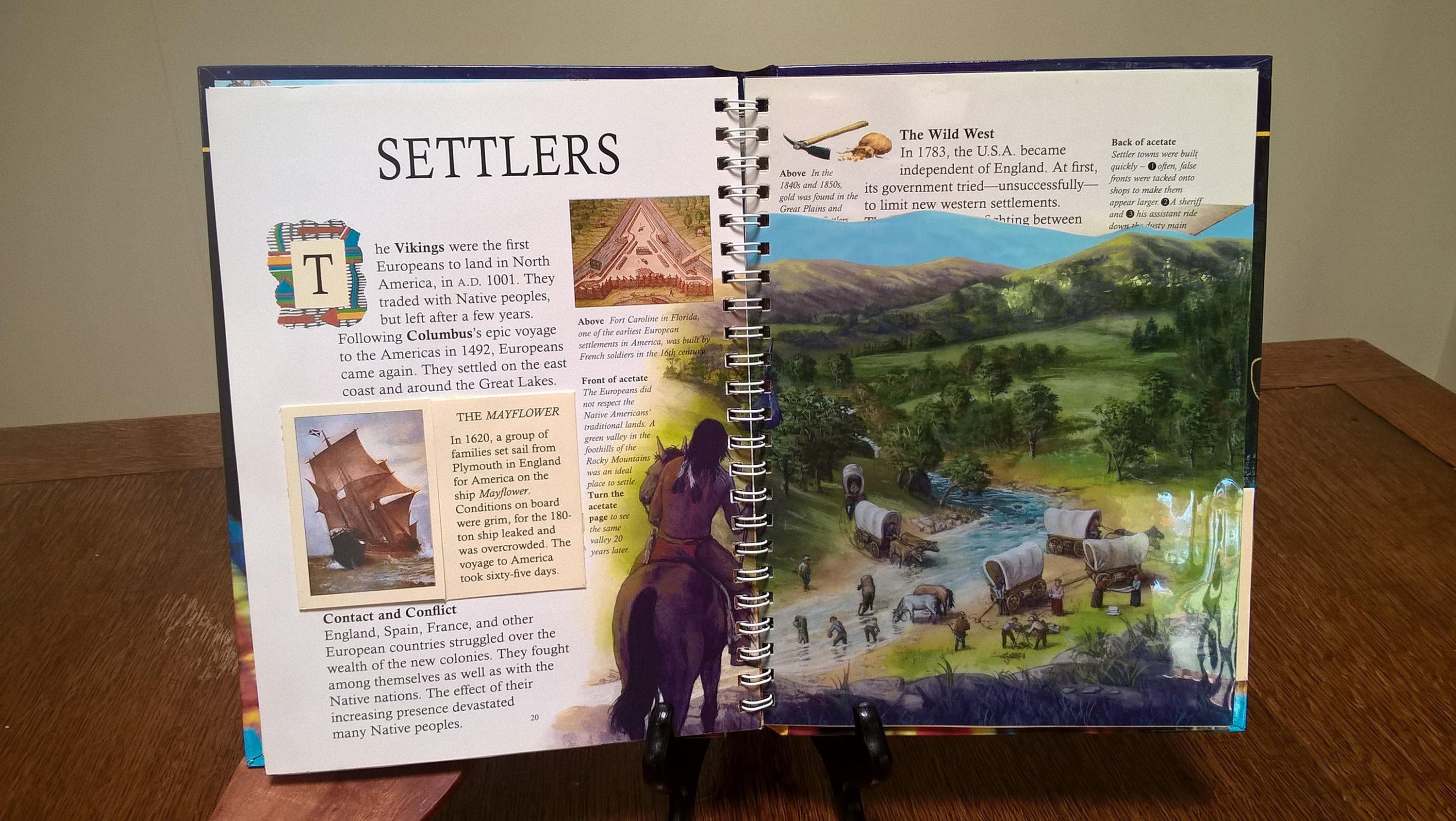 First U.S. edition of Native Americans, a Ladybird Explorers Plus book for young readers who are learning about the history of North America's native peoples.

An intelligently organized and written introduction to the Native Americans of Canada, the United States, and Mexico. This engaging moveable book is organized into a binder of easy-turning pages embellished with flaps, wheels, pull-tabs, and transparent overlays to bring the illustratations to life and highlight concepts and facts. For example, a pull-tab illustrates the migration of native peoples from north to south.

"North America is a vast and varied land, with high mountains, salty deserts, dense forests, and swamps. The climate varies, too, from icy cold in the Arctic north to blazing heat in the south.

One Land, Many Nations

For thousands of years, this land has been home to almost three hundred Native nations, each with its own way of life, customs, traditions, and beliefs."

Fiona Macdonald (1974 - ) studied history at Cambridge University and the University of East Anglia and is a prolific author of wonderful historical books for children.

Patrick W. Tafoya, a member of the Dine' (Navajo) nation, consulted on the text and artwork.

In 2015, London-based Ladybird Books celebrated 100 years of publishing books for for generations of British children.

Condition*: Near Fine. All of the book's mechanics are in working order. A great book for a teacher's personal stash.