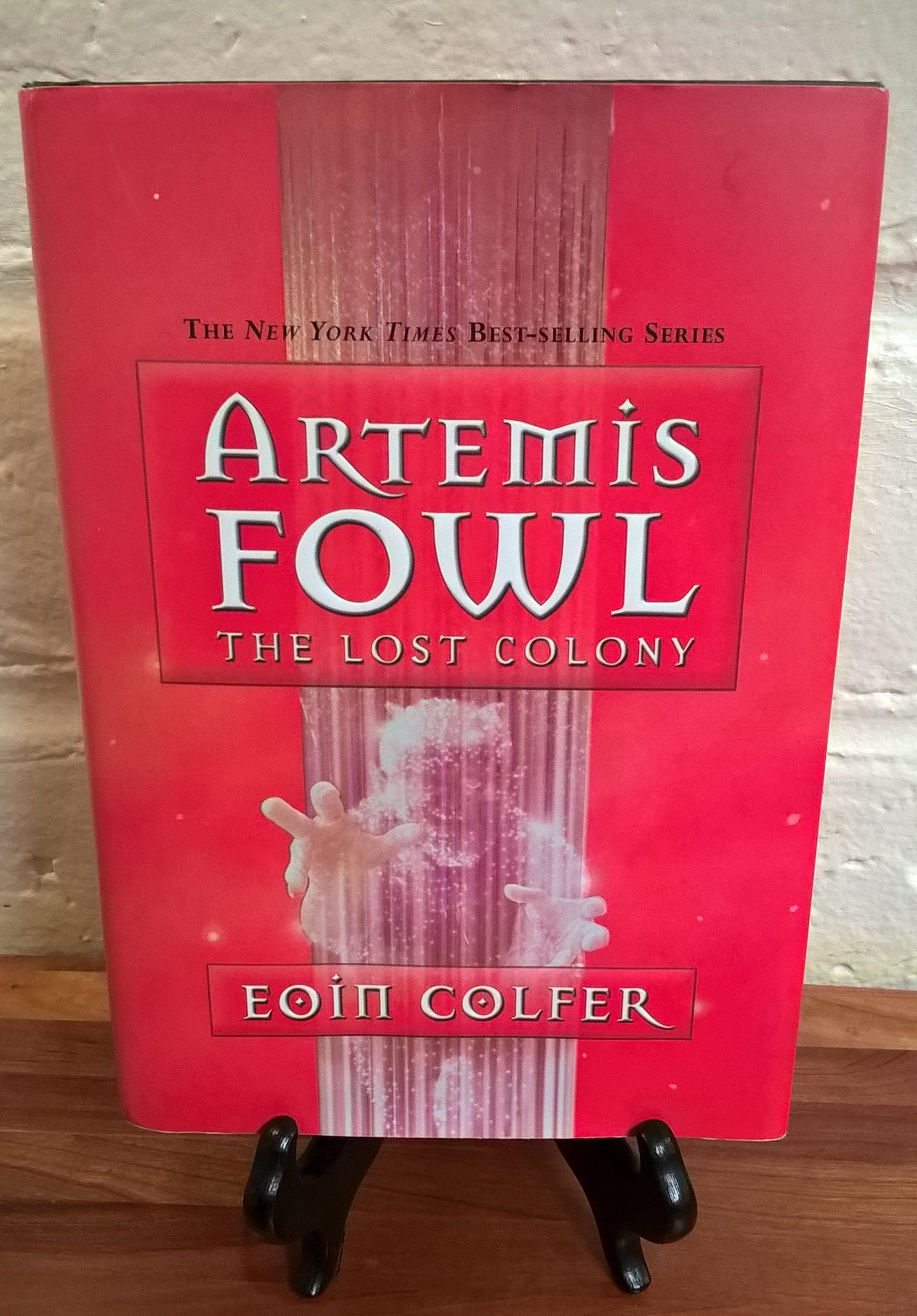 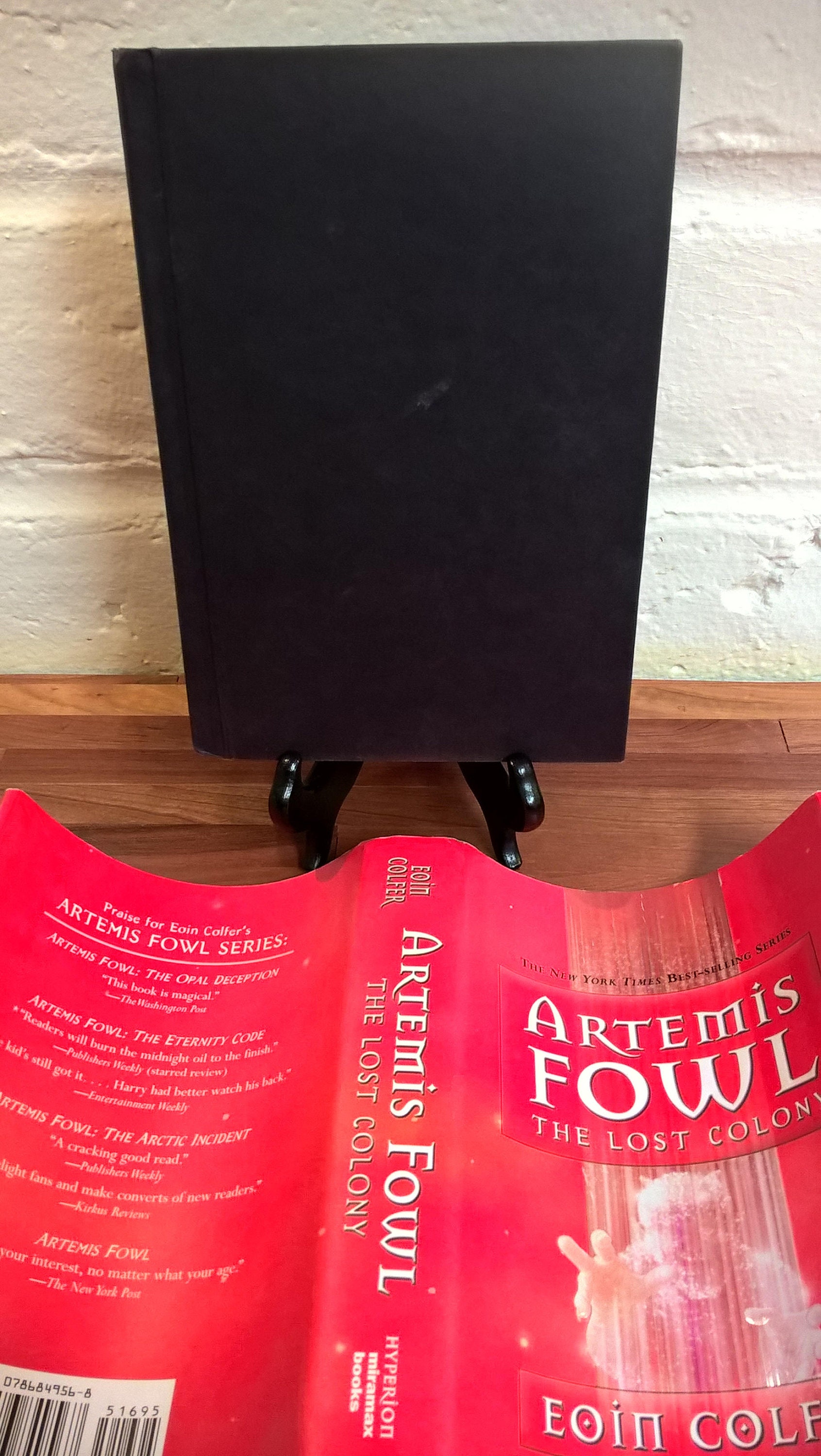 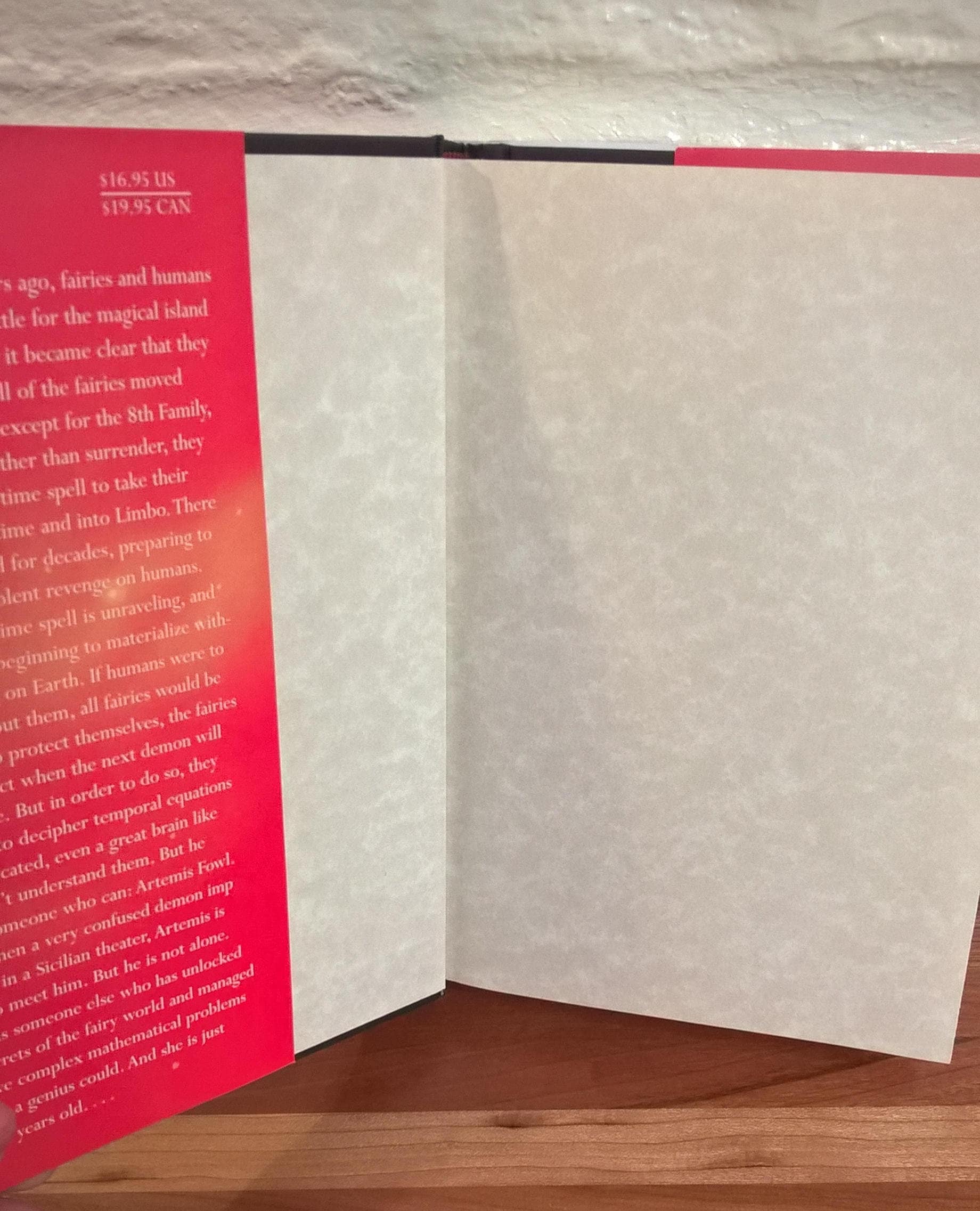 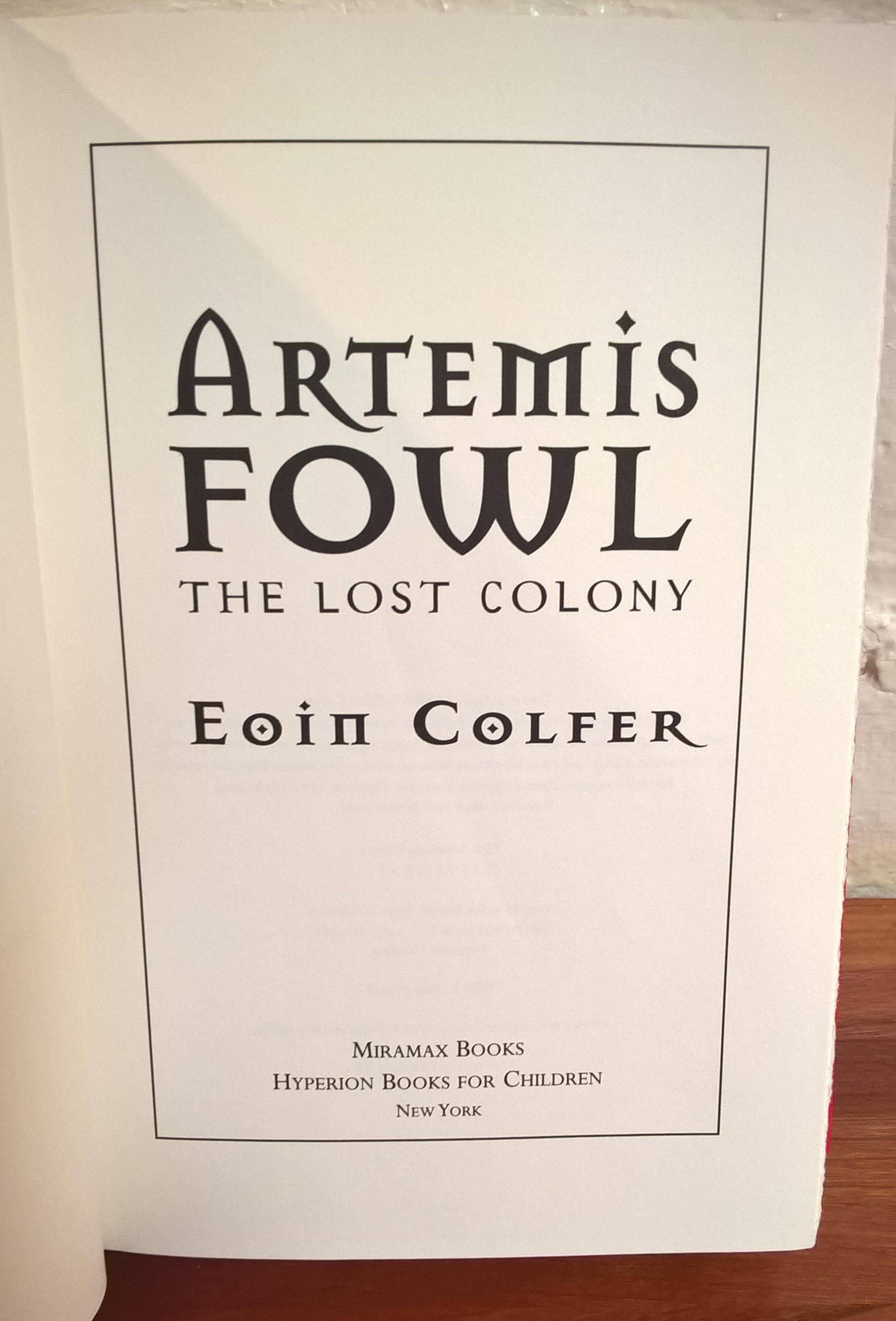 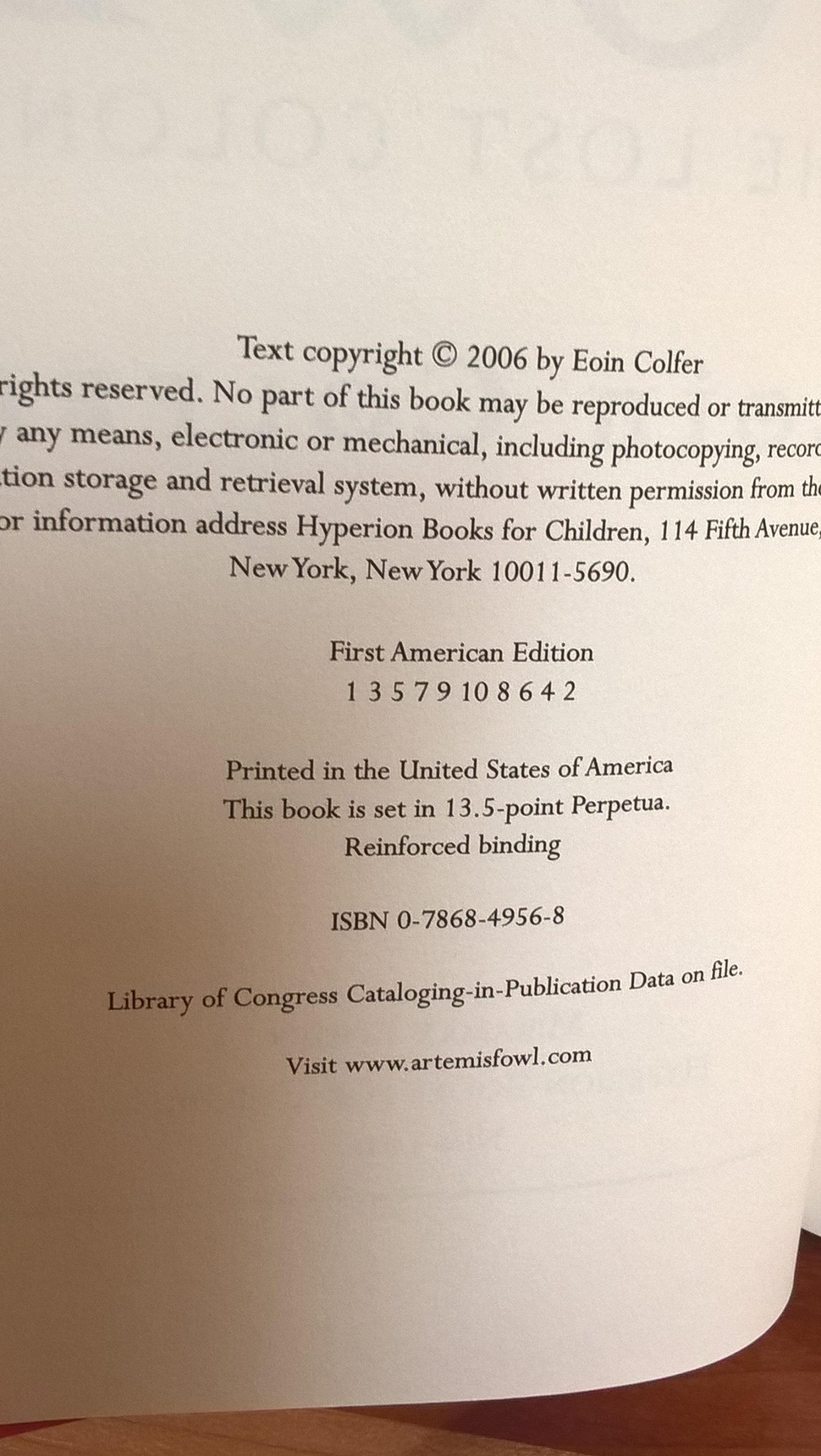 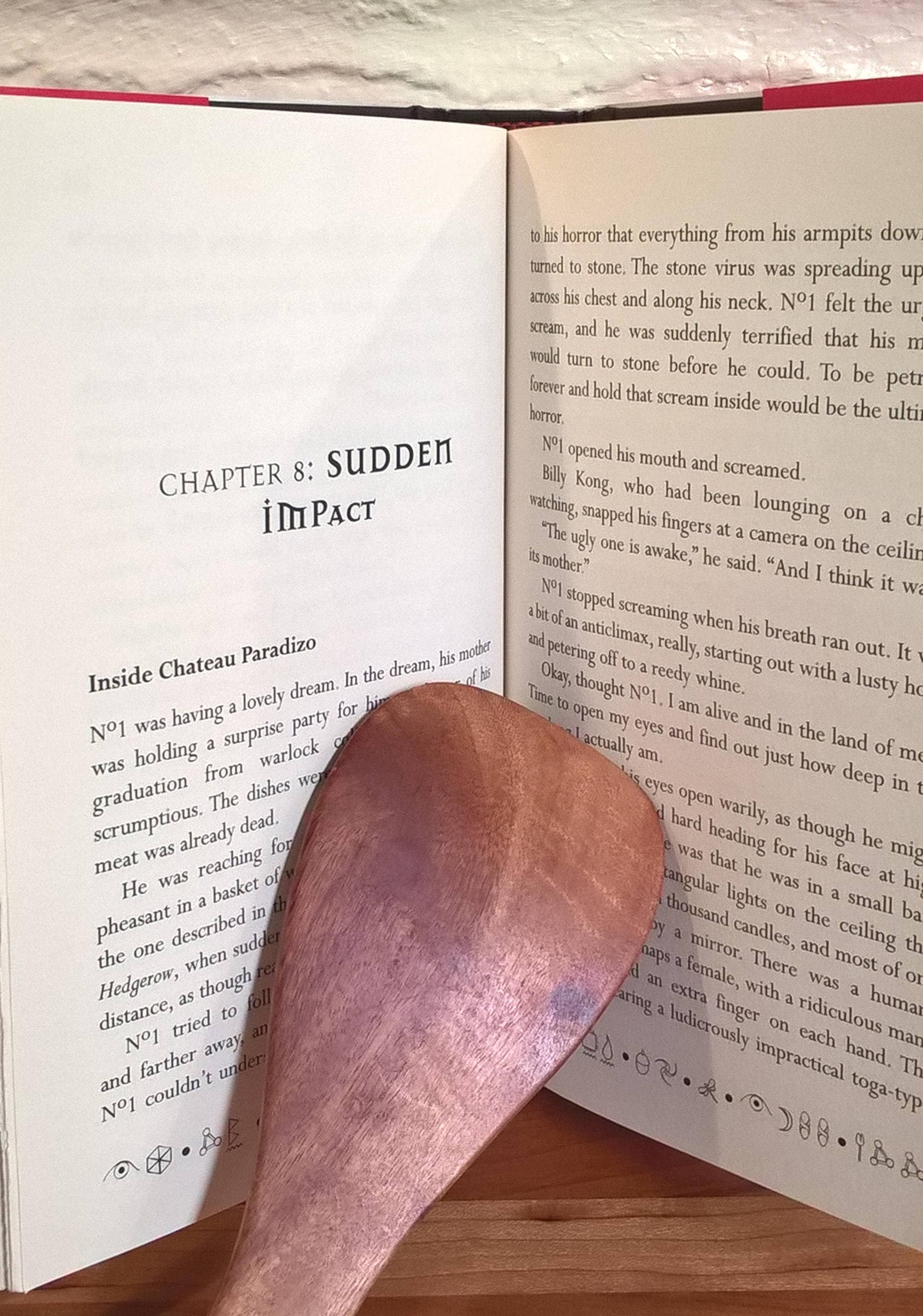 First edition of Artemis Fowl: The Lost Colony by Eoin Colfer, in which Artemis applies his mathematical skills to saving humanity from a run-in with some mad and bad fairies.

And he is only twelve years old."

In book #5, the fairies call on Artemis to solve a complex mathematical problem in time to intercept the next demon to materialize on Earth before fairies and humans collide and the demons appear en force.

"Thousands of years ago, fairies and humans fought a great battle for the magical island of Ireland. When it became clear that the could not win, all of the fairies moved belowground - except for the 8th Family, the demons. Rather than surrender, they used a magical time spell to take their colony out of time and into Limbo. There they have lived for decades, preparing to exact their violent revenge on humans."

Artemis is not the only 12 year-old genius in the story, and she's very good at math, too.

The symbols that run along the bottom of the pages throughout the book are Gnommish, the language of the fairies, which Artemis theorizes the Egyptians borrowed.