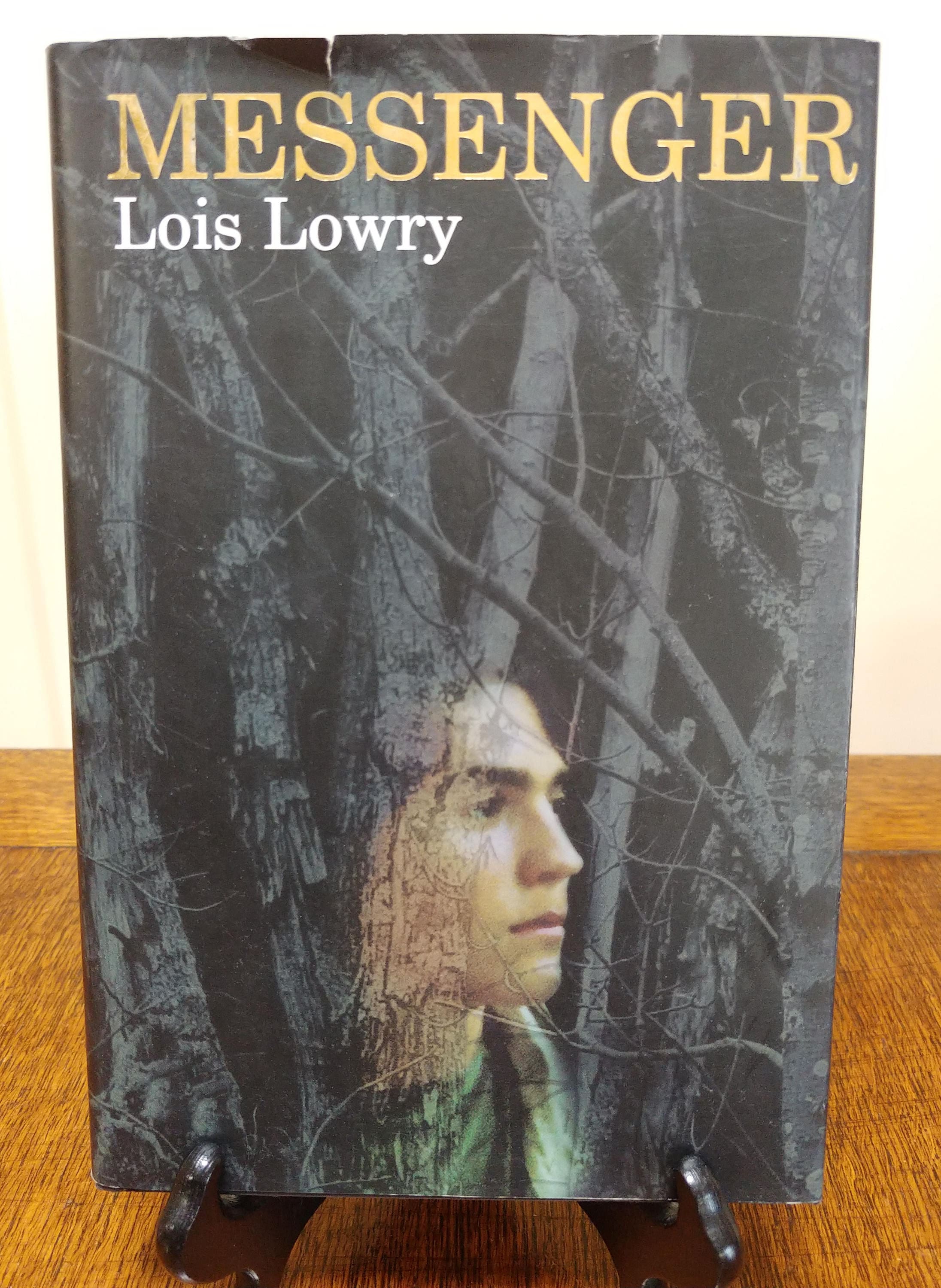 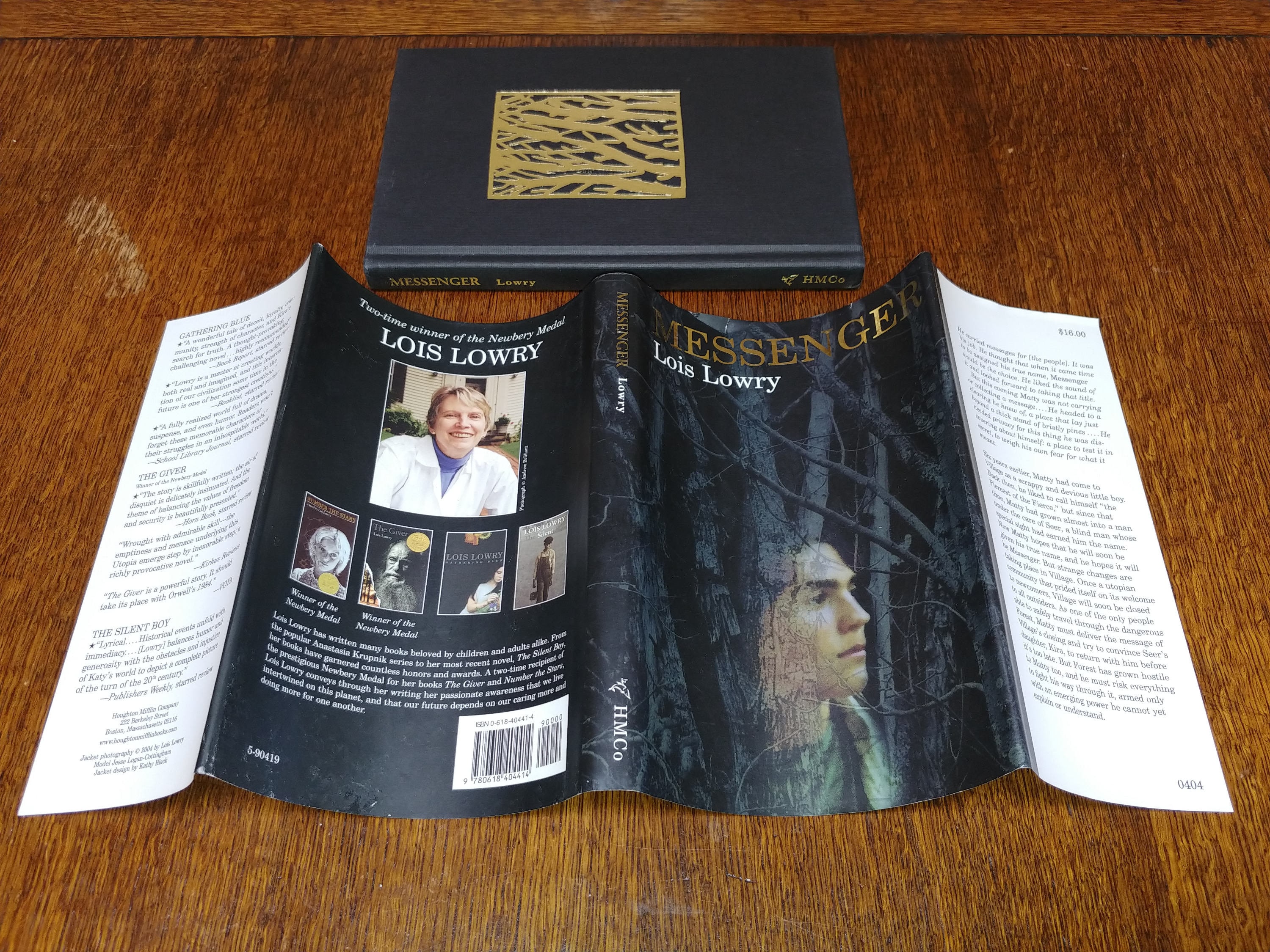 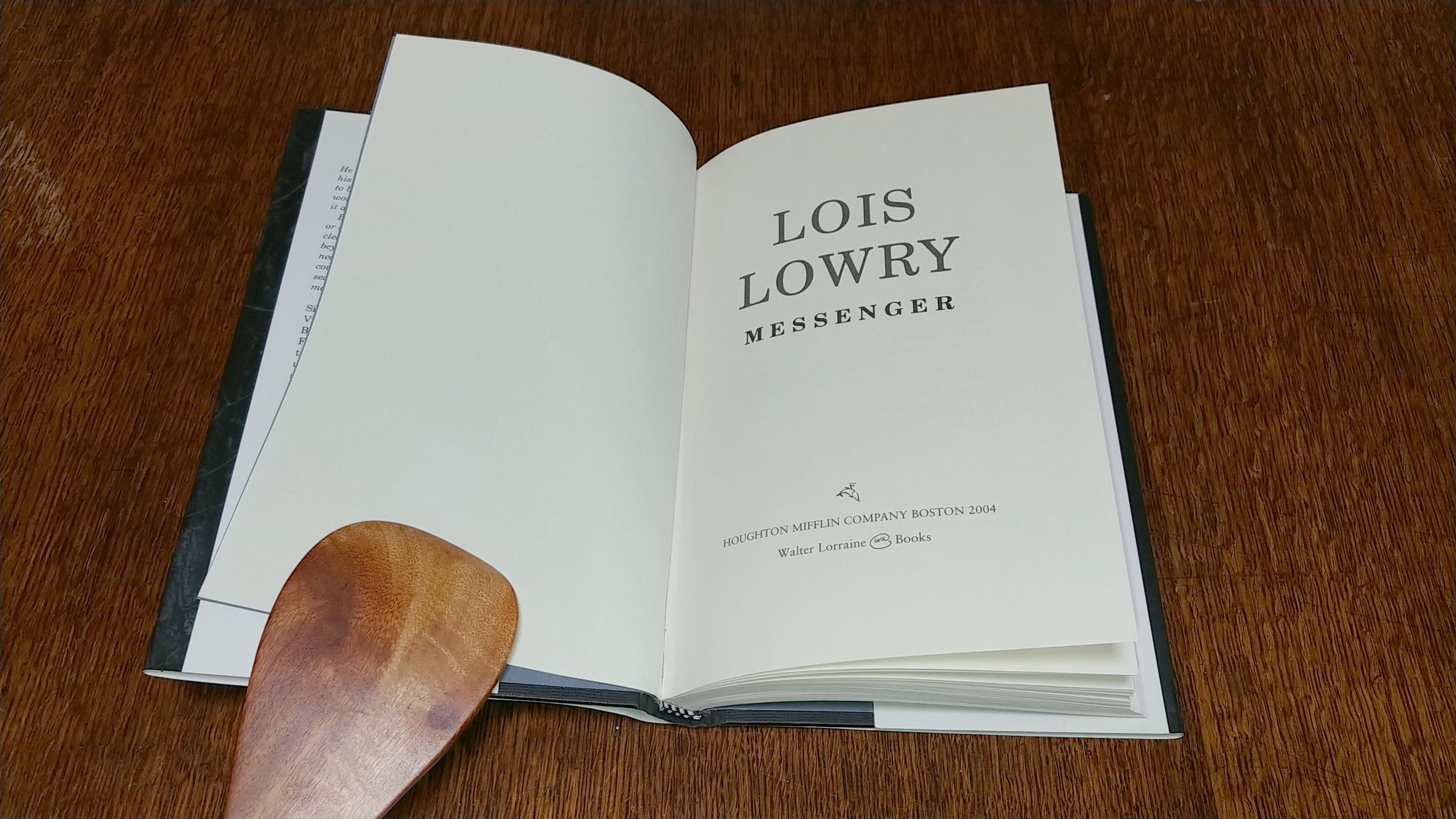 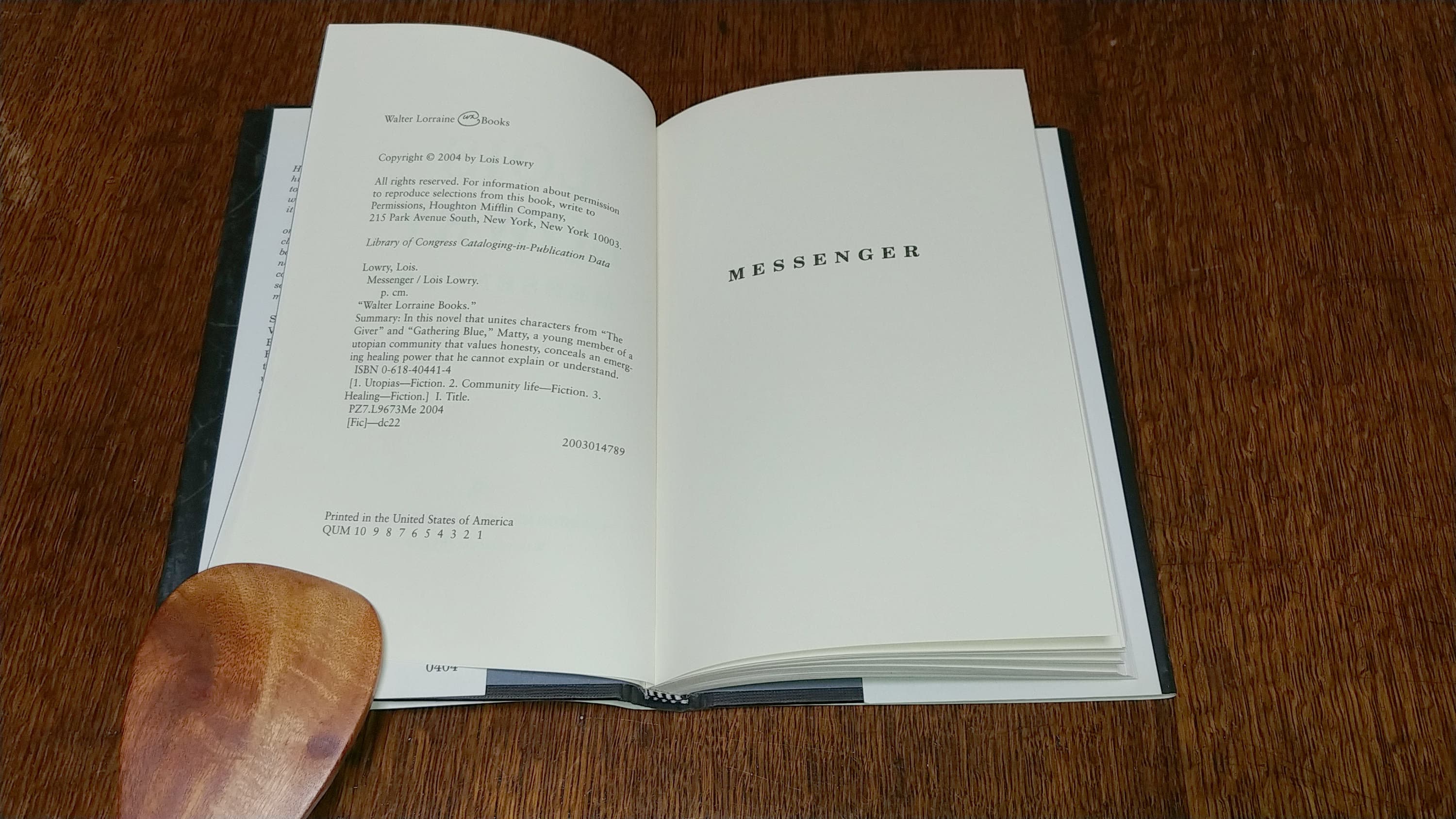 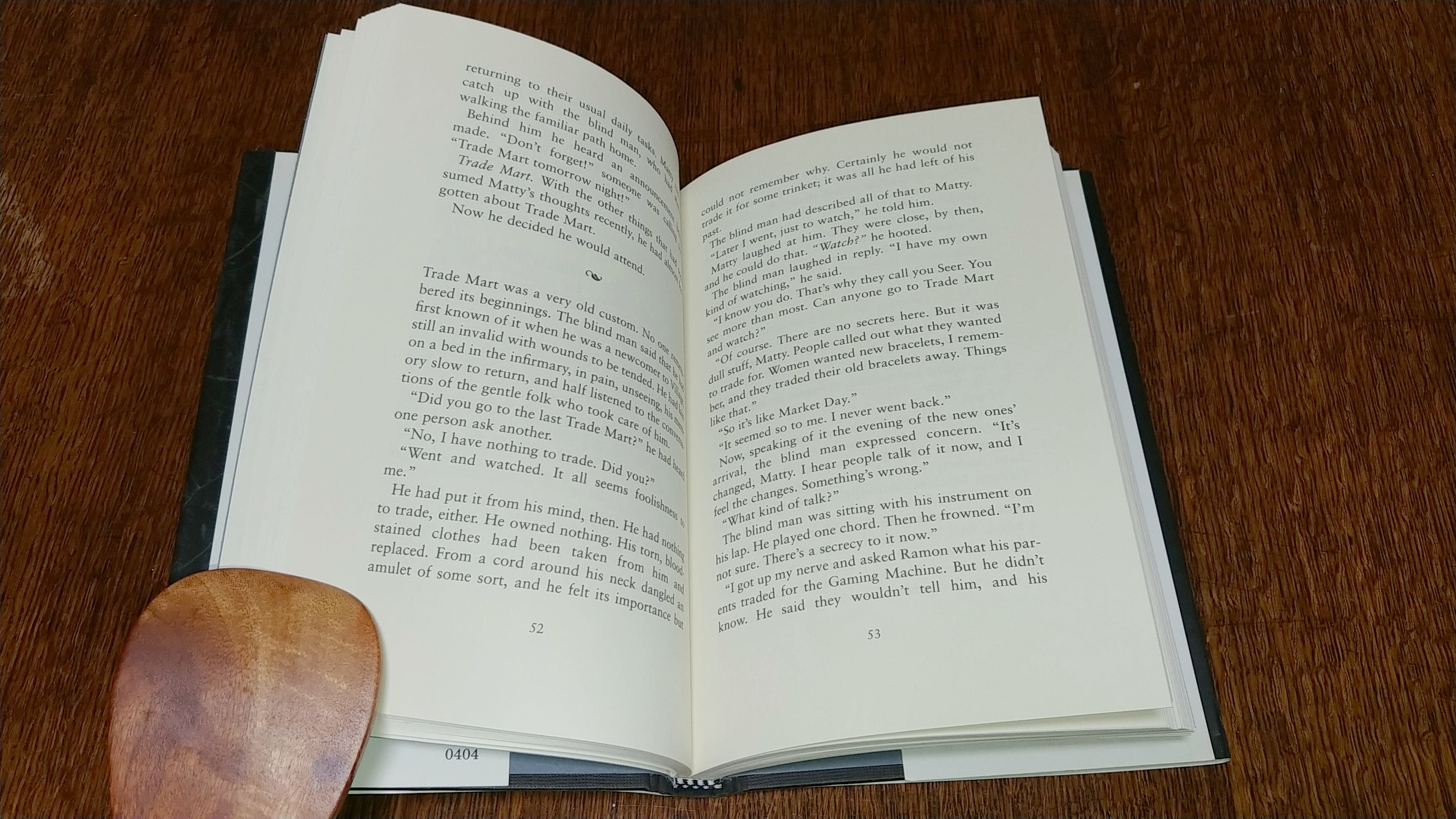 A first edition of Messenger, the third book in The Giver Quartet, in which Matty believes he's called to be a messenger until it dawns that his true gift is healing.

Lois Lowry (1937- ) has been awarded two Newbery Medals: Number the Stars and The Giver. The Giver is the first book in what became The Giver Quartet, followed by Gathering Blue, Messenger, and Son.

The New York Times described The Giver Quartet as "less a speculative fiction than a kind of guide for teaching children (and their parents, if they’re listening carefully) how to be a good person."

Messenger takes places eight years after The Giver and tells the story of Matty, who we first meet in Gathering Blue. Matty now lives in Village, a utopian community of compassionate people, under the guidance of Seer. Once welcoming to newcomers, they perceive a dark force encroaching on the community and decide to close Village to outsiders. Matty, who once fancied himself "the Fiercest of the Fierce", and now a Messenger, is sent to spread the word of the community's closure to outsiders and discovers his gift for healing.

Lowry has written over 30 books and been nominated three times for the Hans Christian Andersen award, the highest honor in children's literature.

She also has the honor of having written books, particularly The Giver, that have earned a place on the American Library Association's most-challenged book list.