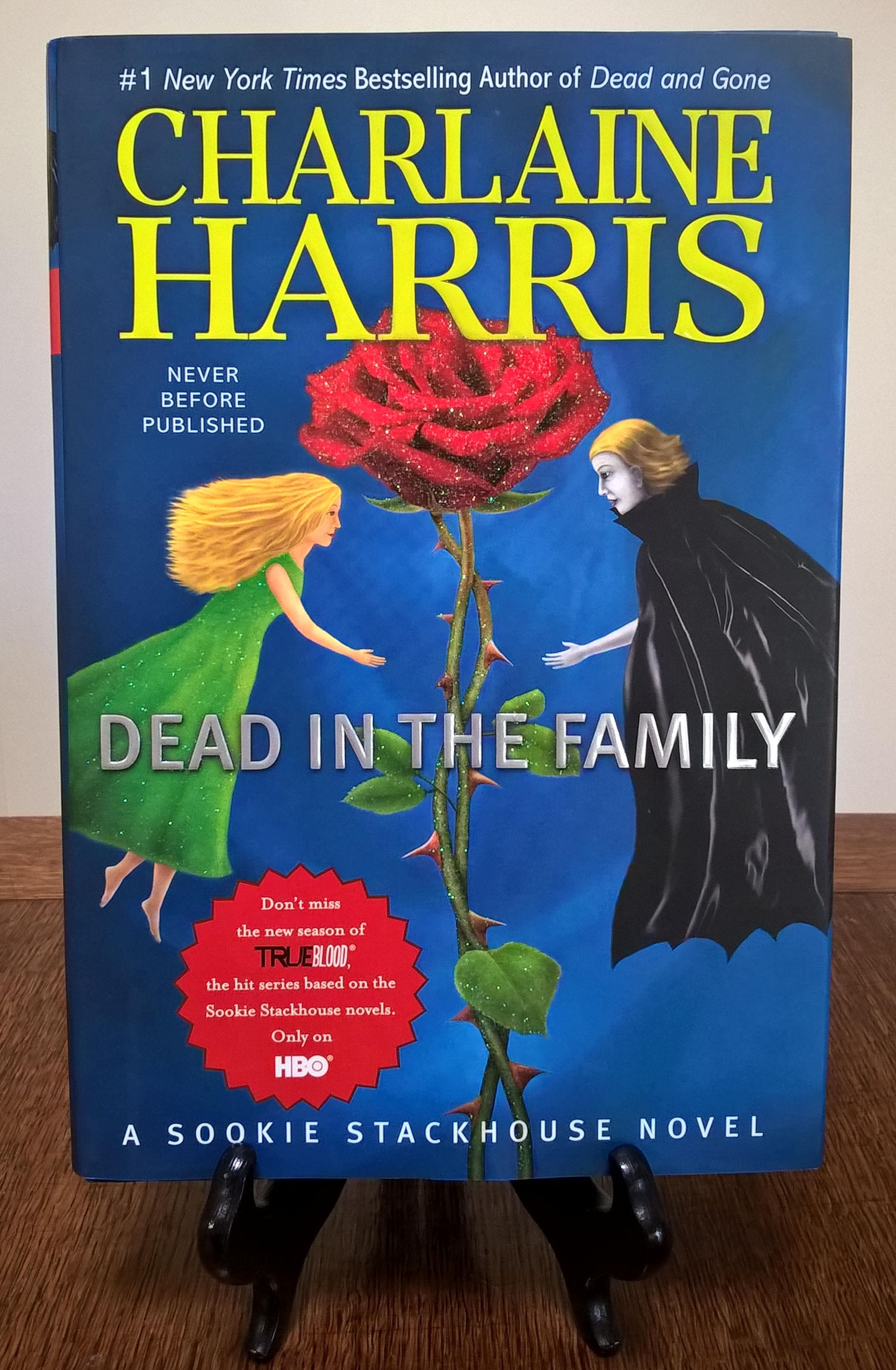 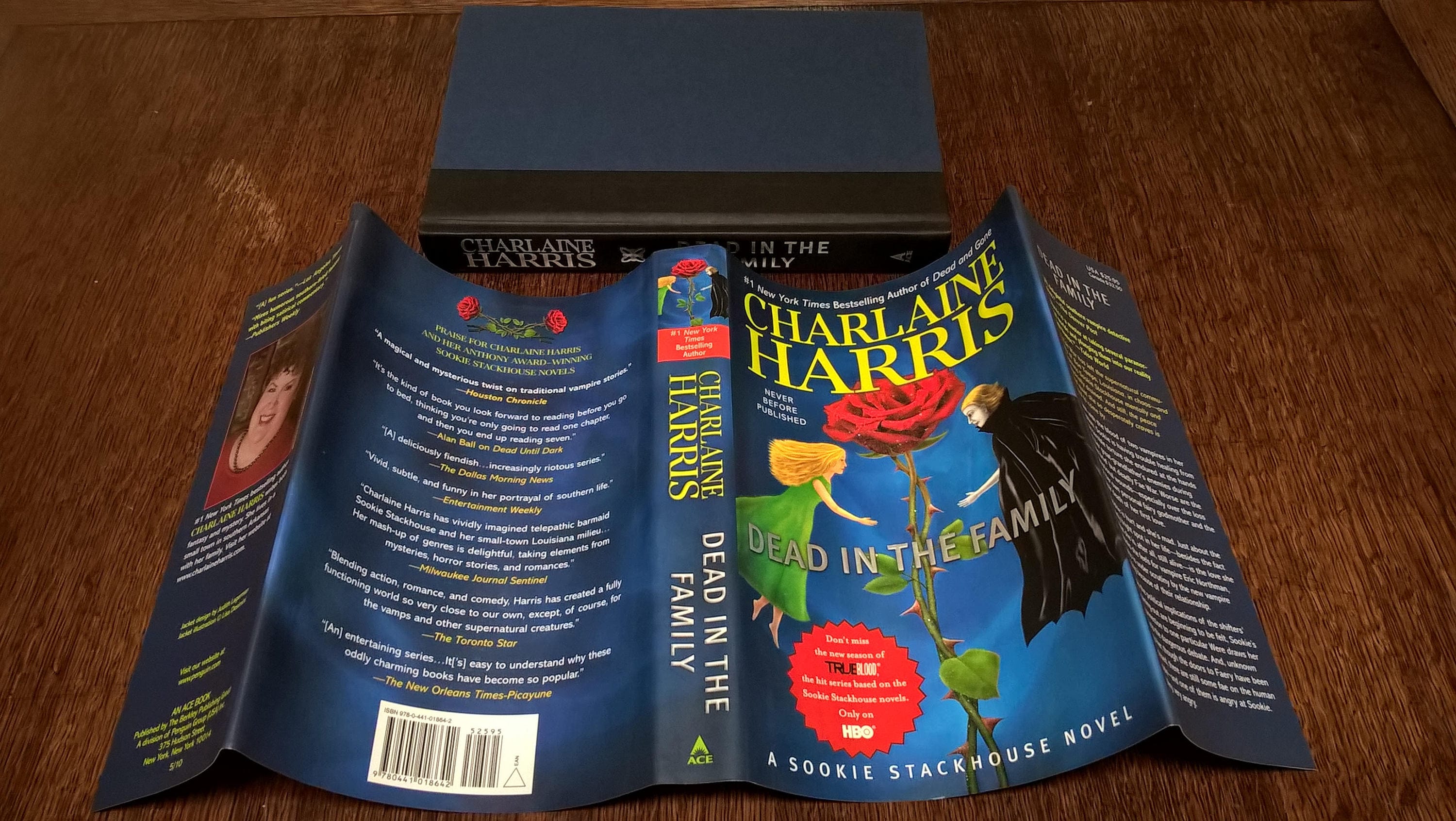 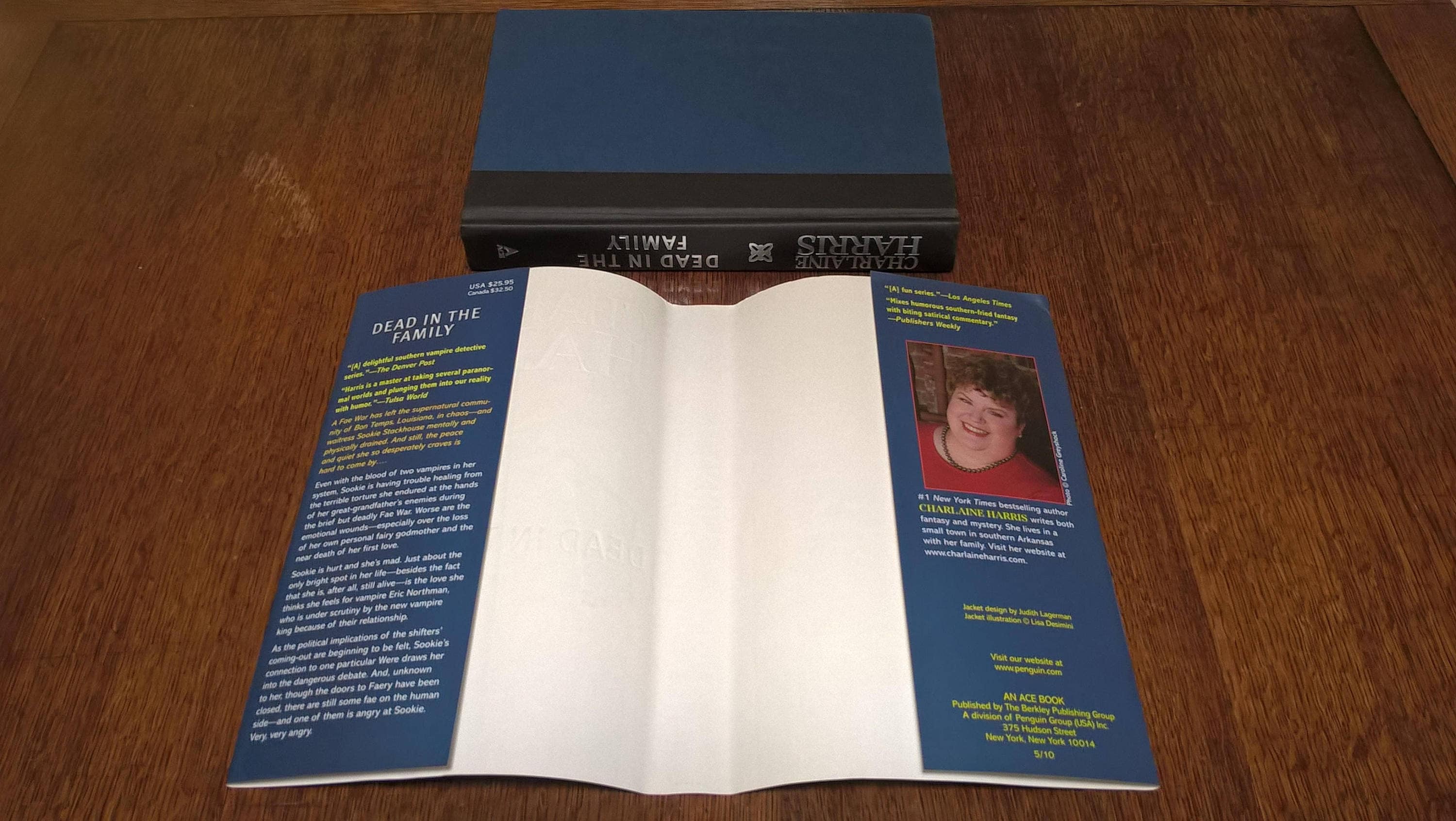 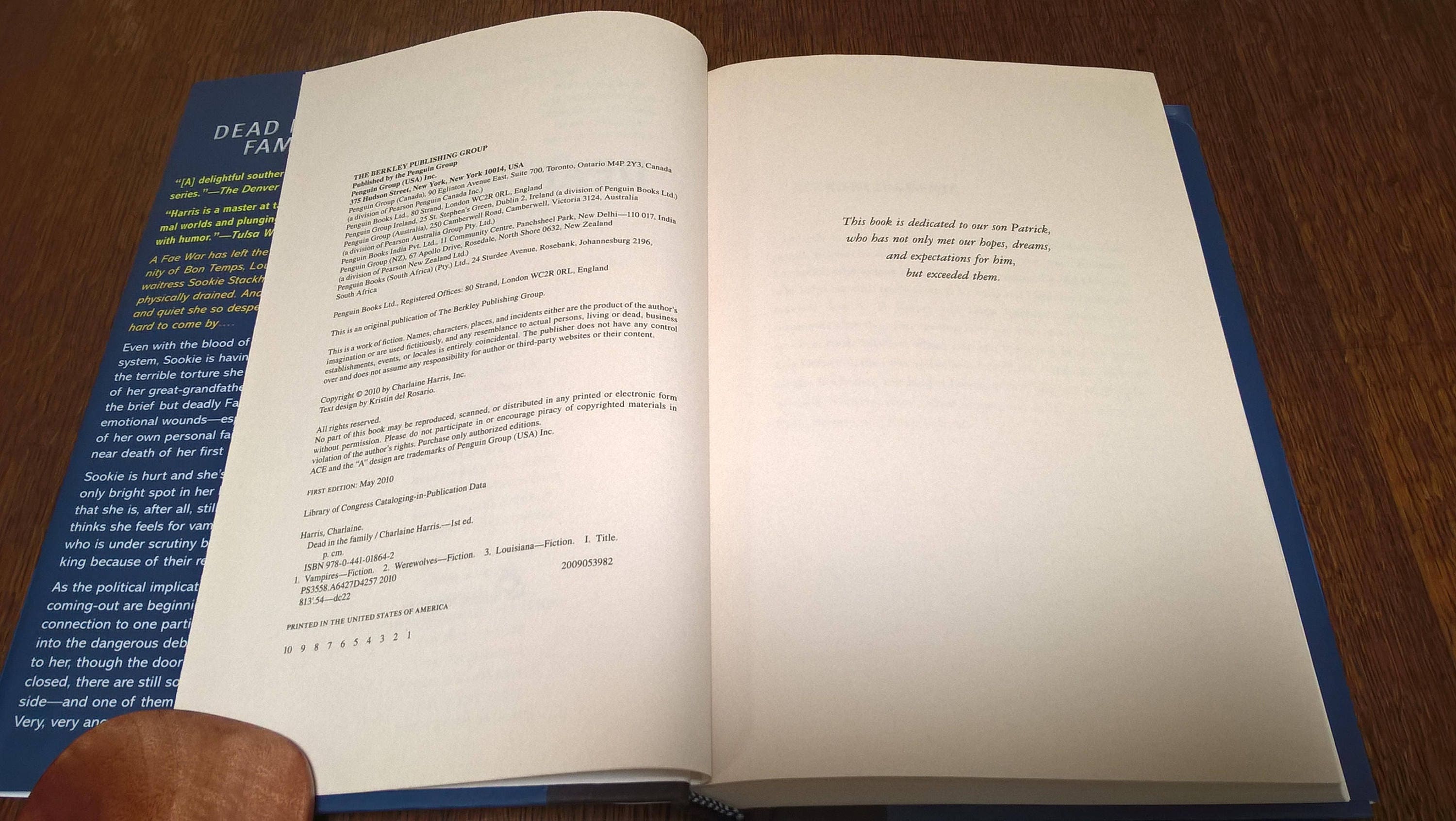 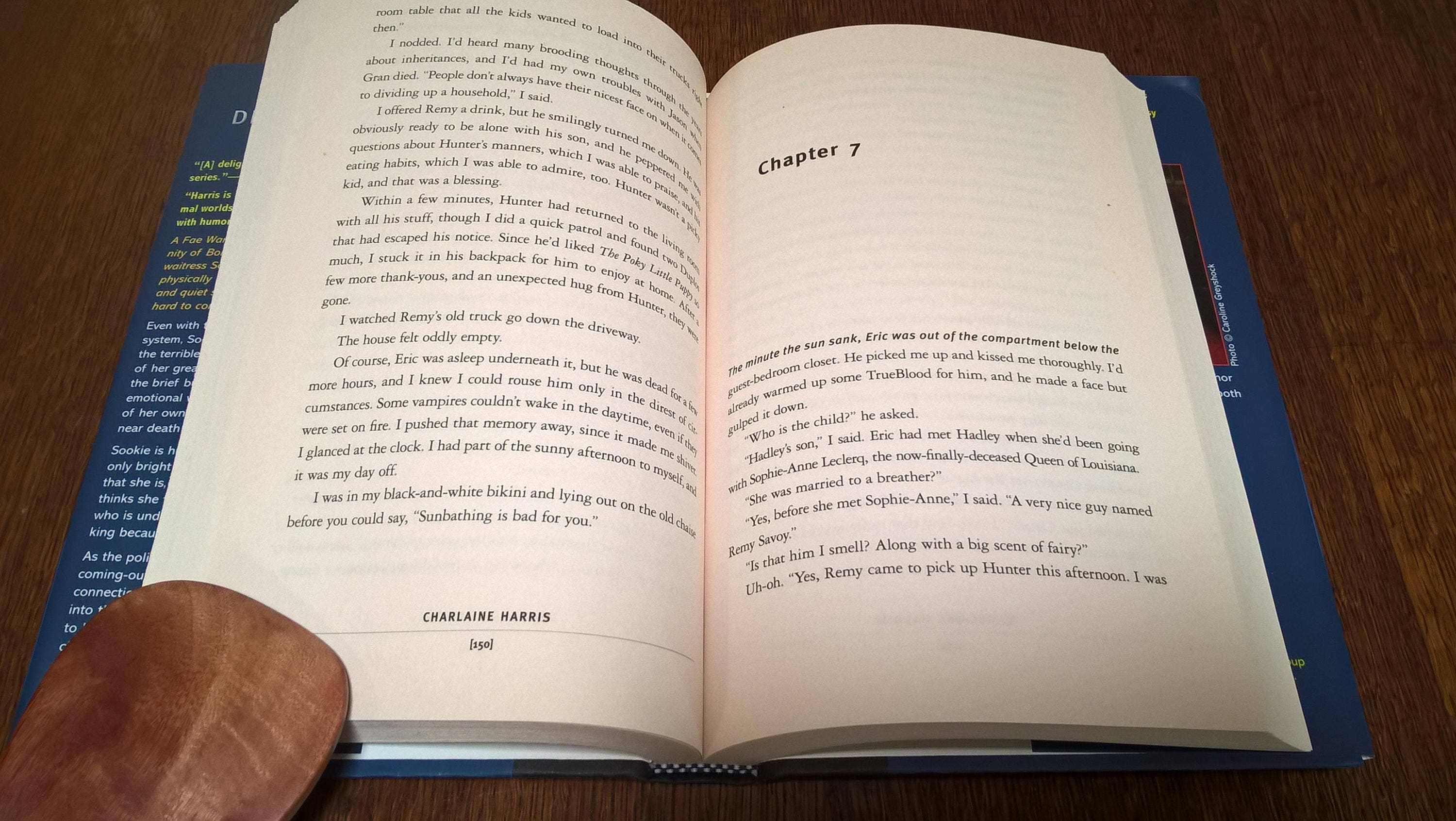 First edition of Dead in the Family: recovers from wounds suffered in the Fae War, just in time to face another Fae enemy. Southern Vampire Mysteries, True Blood #10, by Charlaine Harris.

Welcome to Bon Temps, Louisiana! Sookie Stackhouse, smart, pretty, part-fairy, and telepathic (a demon rather than fairy gift), is "mentally and physically drained" in the aftermath of being brutalized by her great-grandfather's enemies during the Fae War that wreaked havoc, and bloodshed, on Bon Temps. As she recovers, she's unaware of the hatred of one of the remaining Fae.