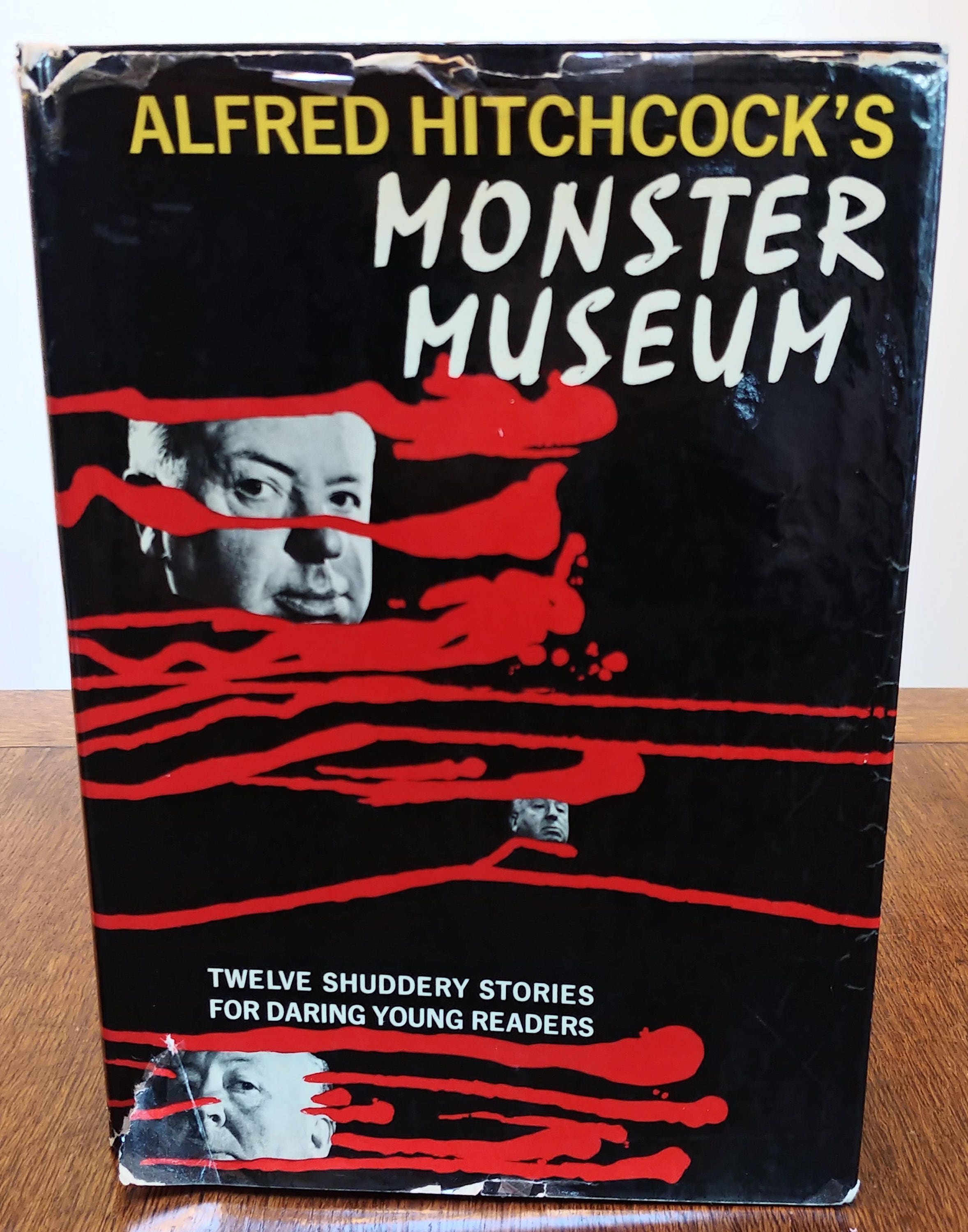 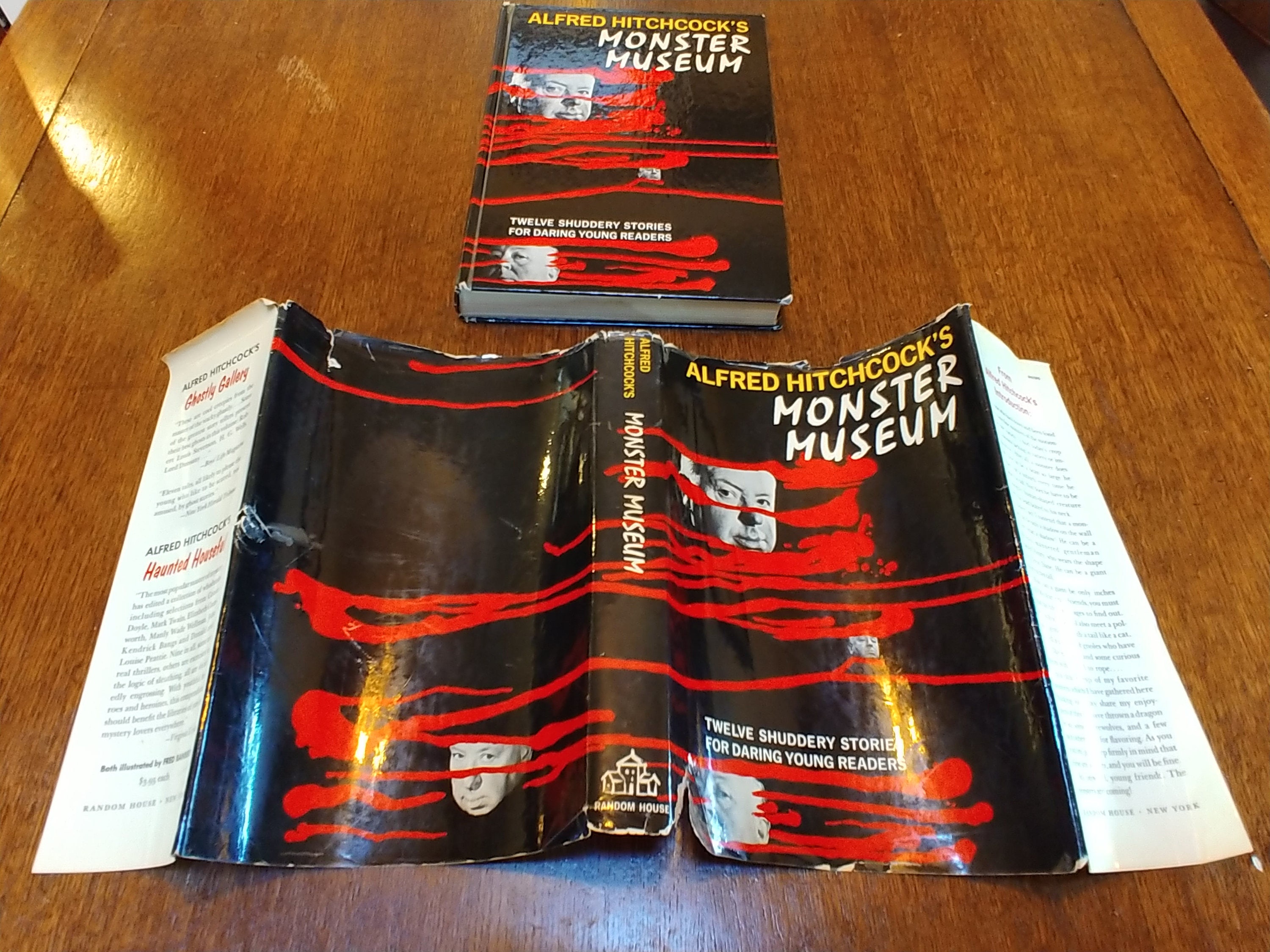 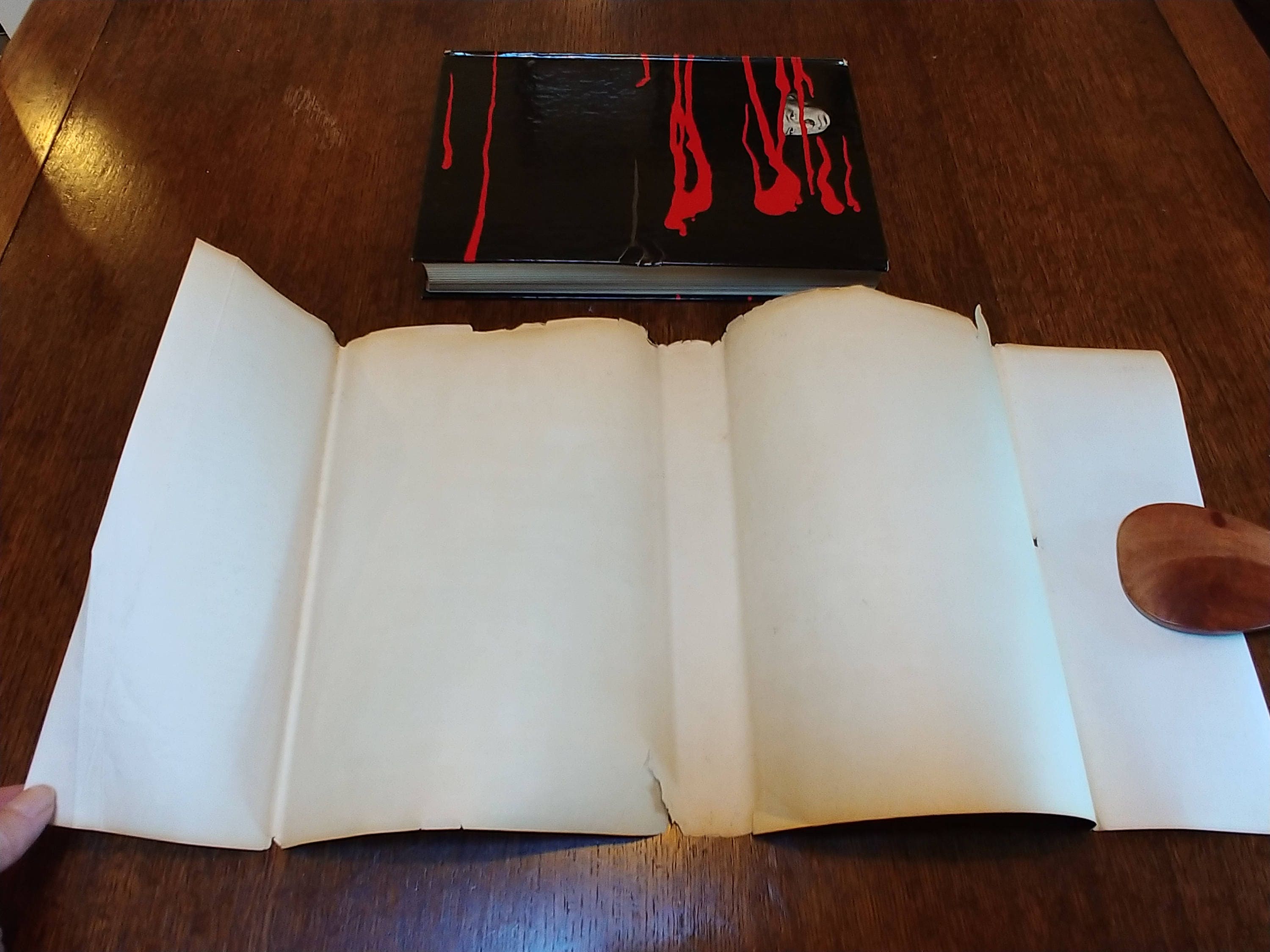 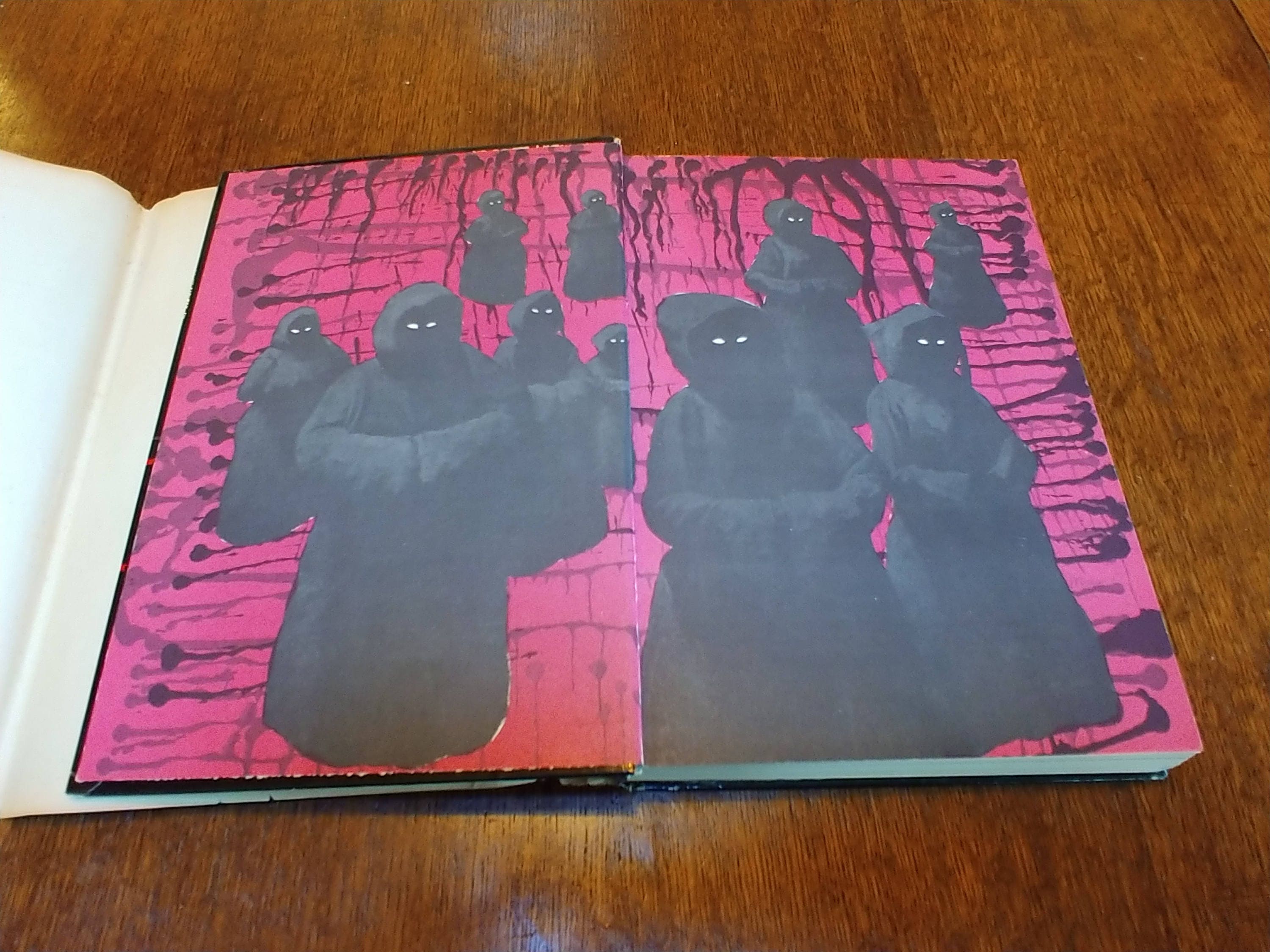 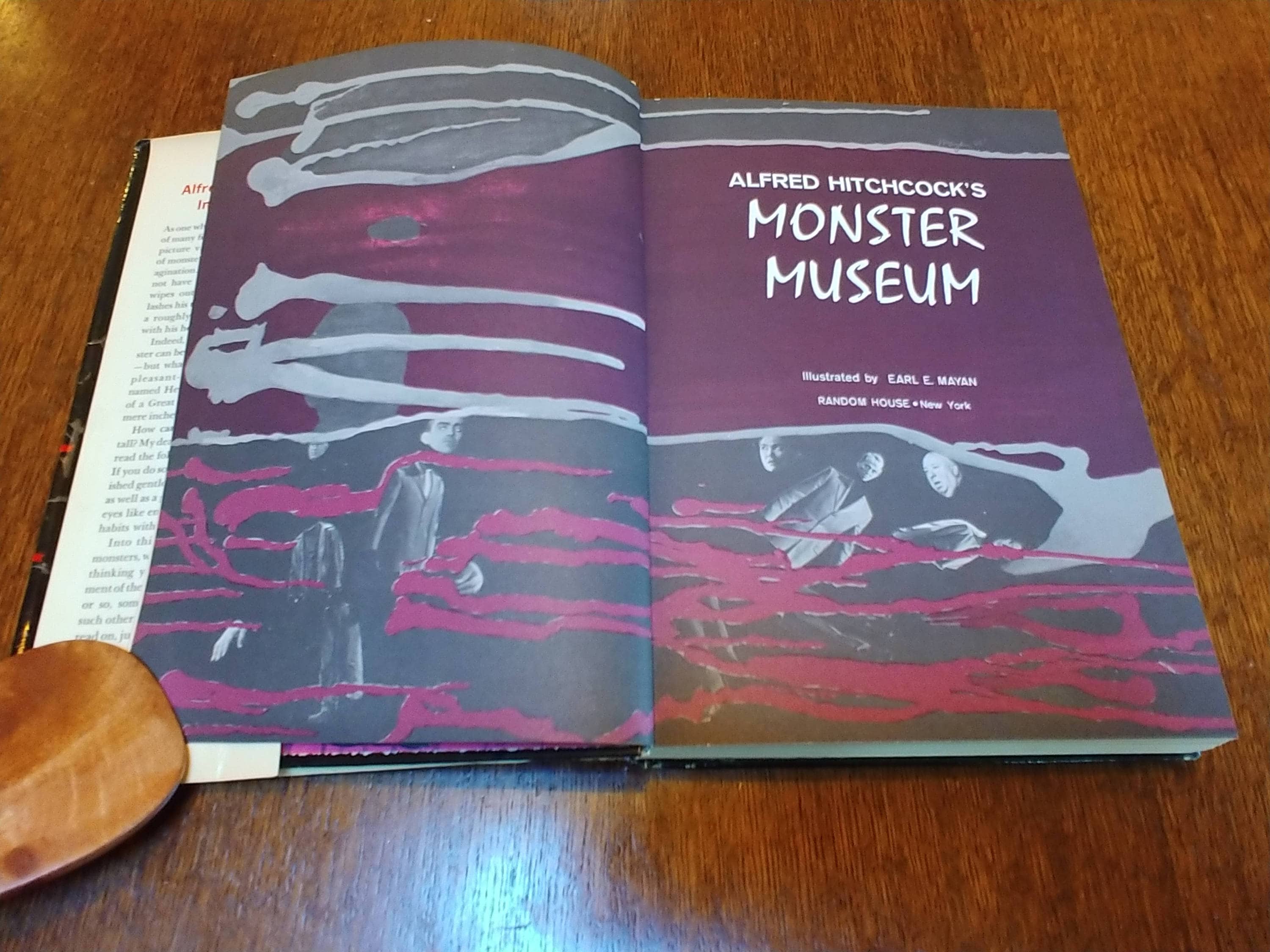 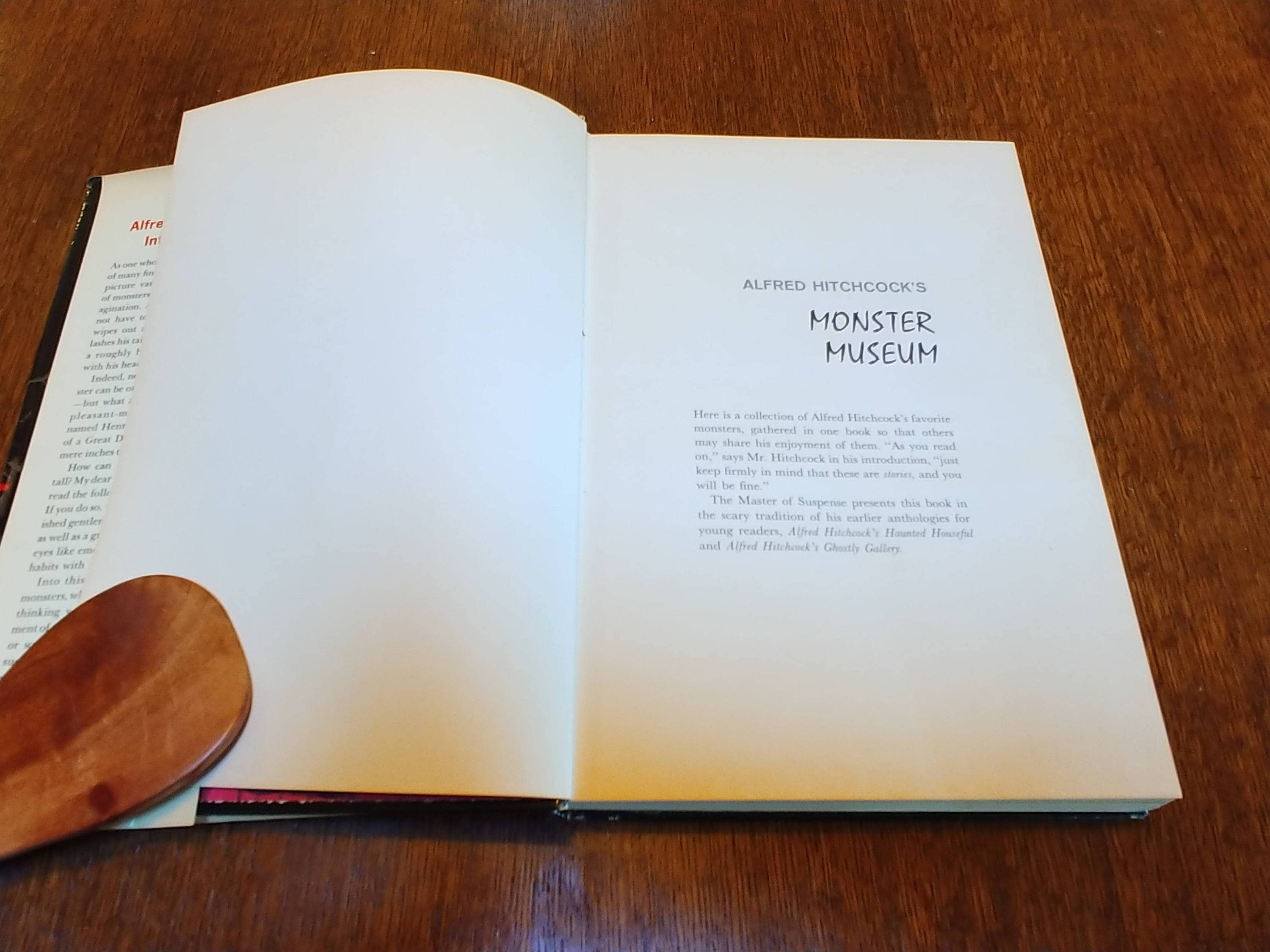 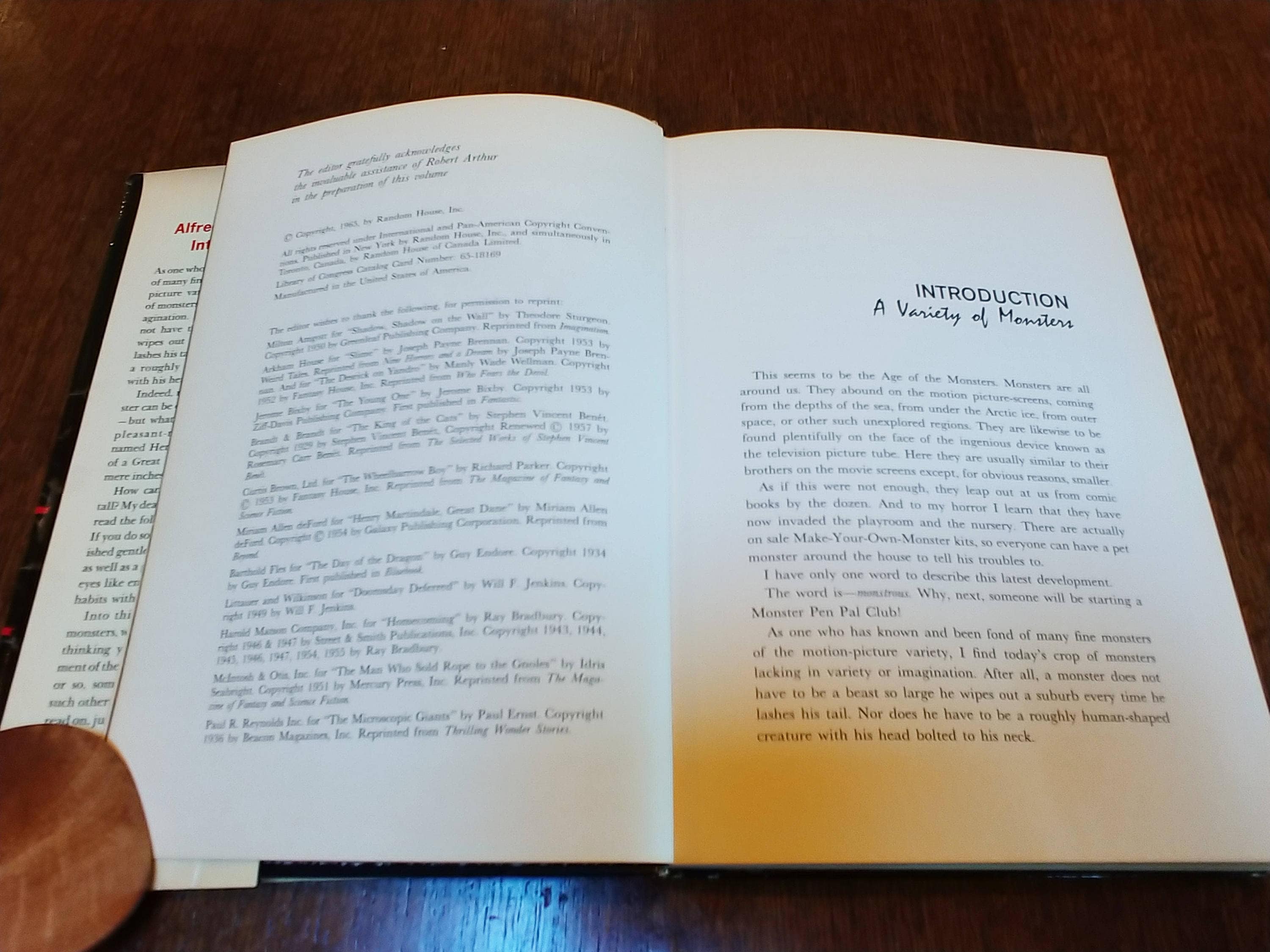 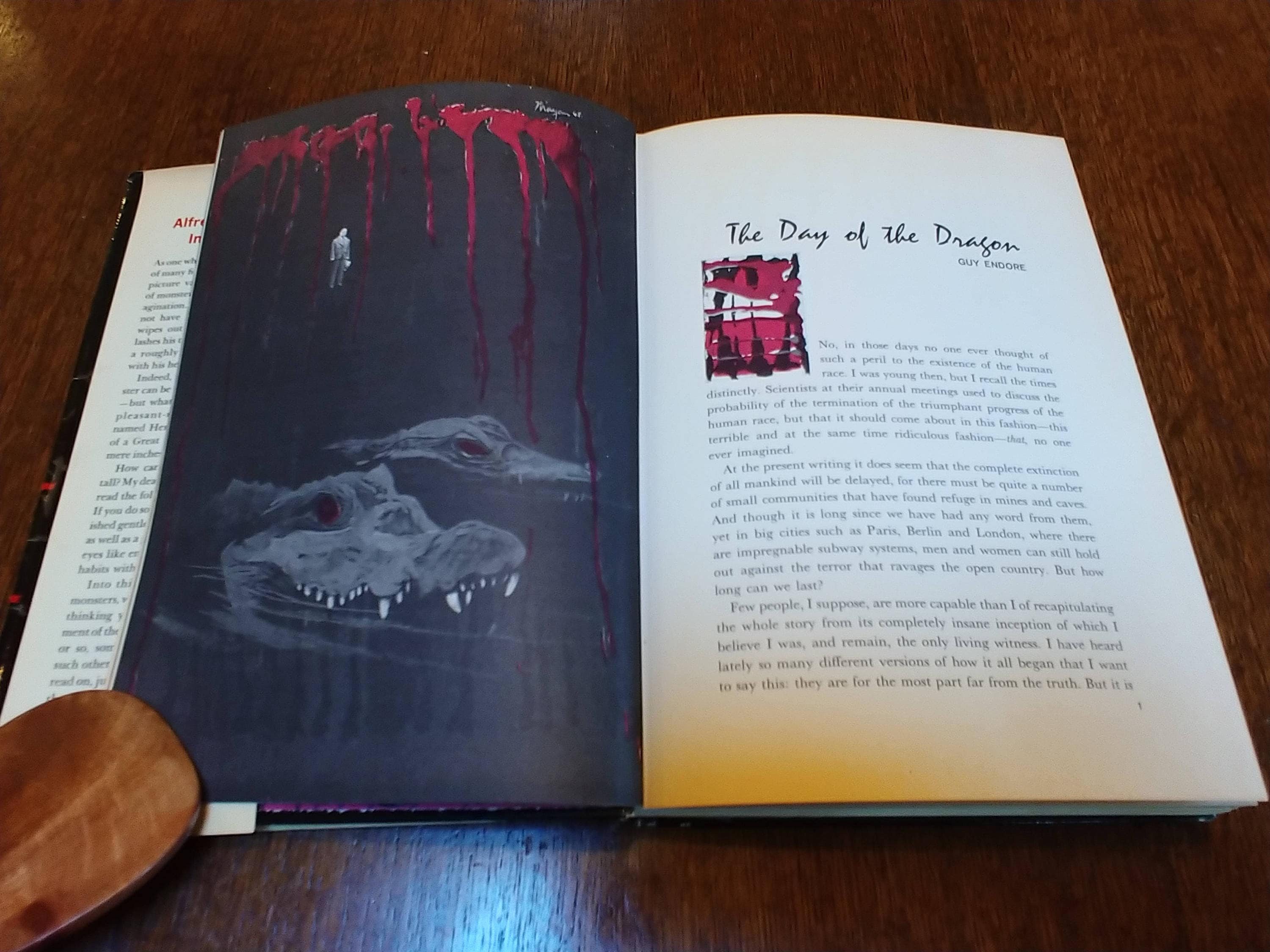 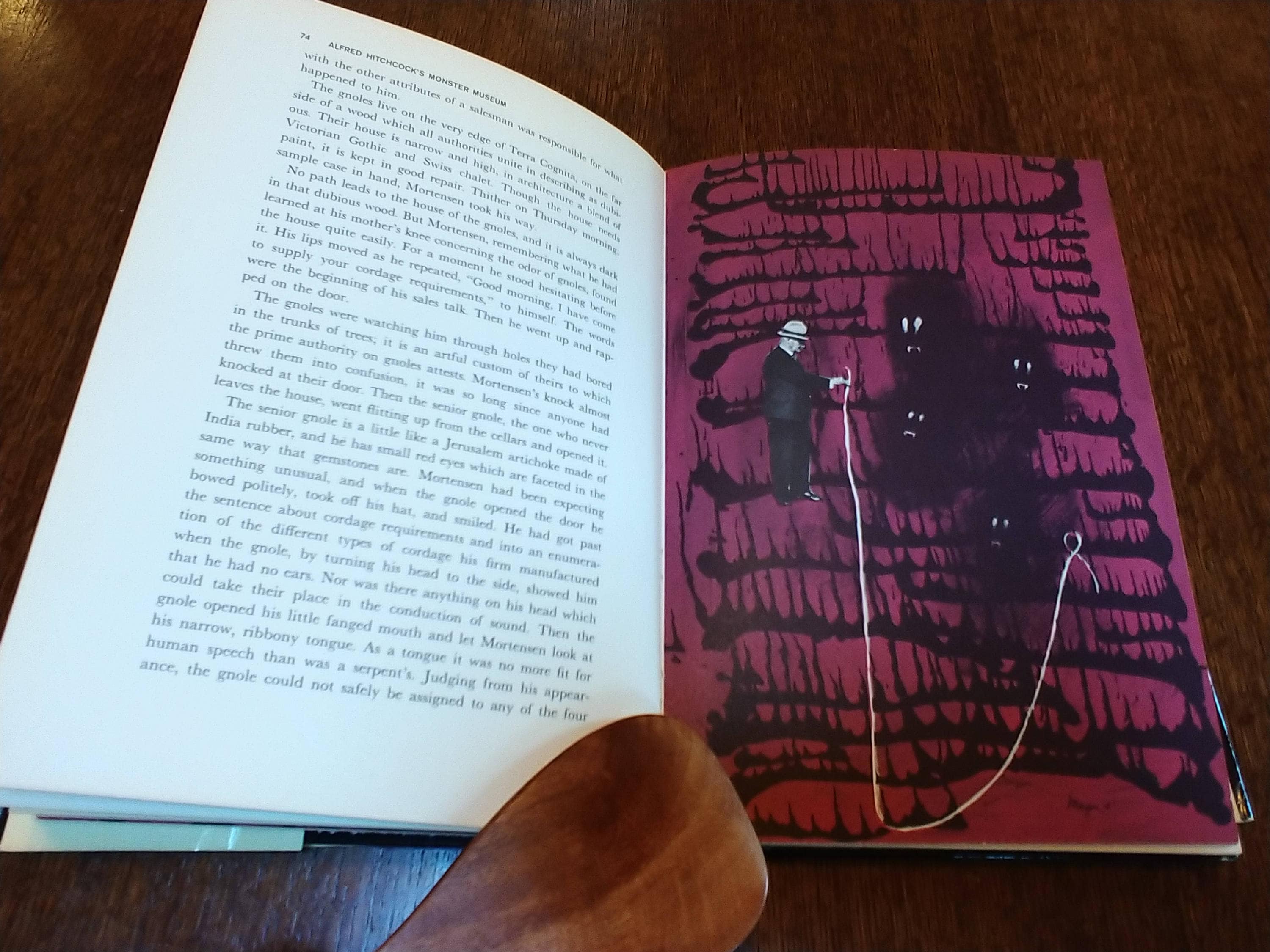 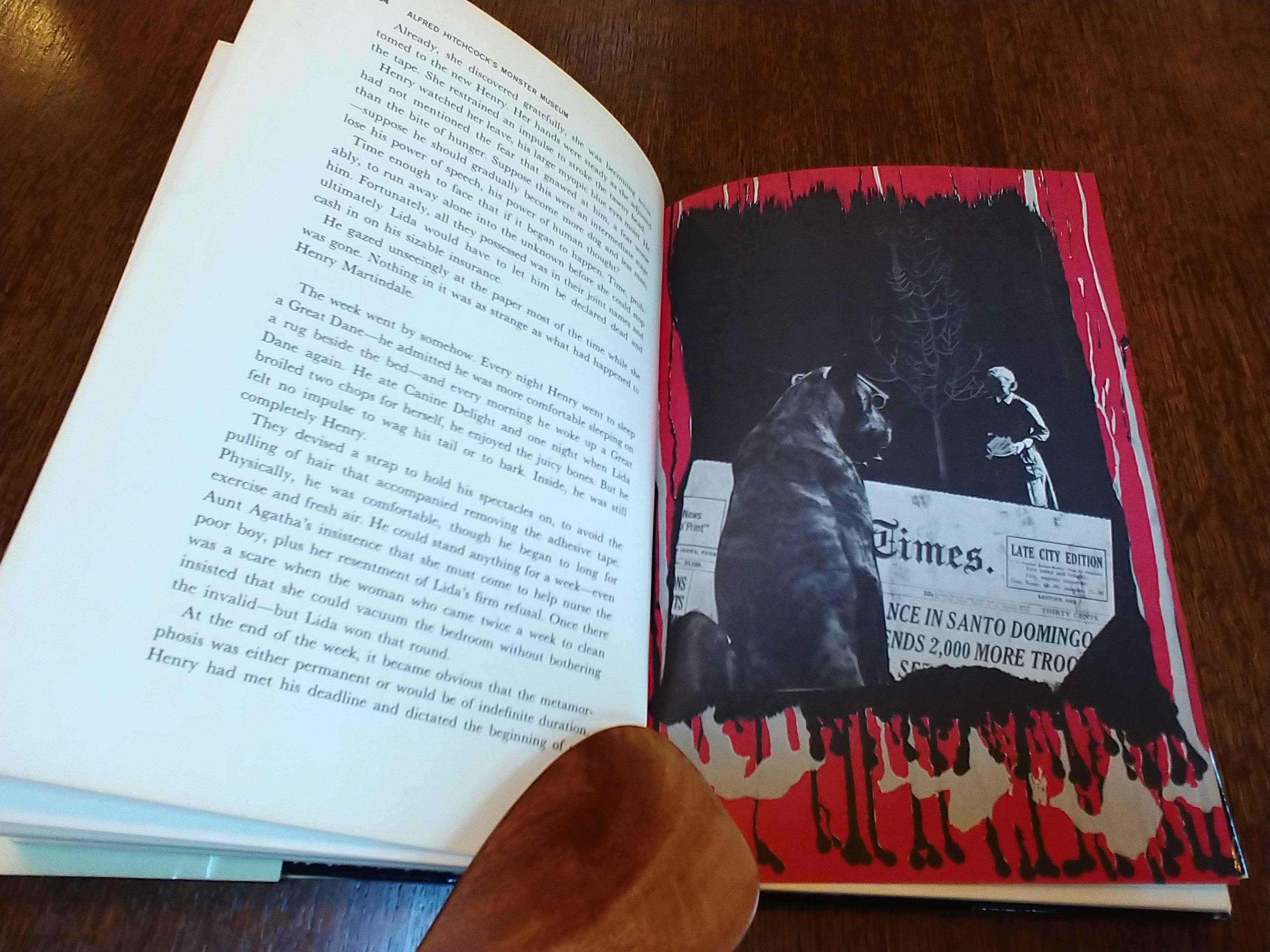 "This seems to be the Age of the Monsters. Monsters are all around us. They abound on the motion picture screens, coming from the depths of the sea, from under the Arctic ice, from outer space, or other such unexplored regions. They are likewise to be found plentifully on...the television picture tube... As if this were not enough, they leap out at us from comic books by the dozen... As if this were not enough, you will also meet those sinister creatures, the Flat, the Culverin, the Behinder and the Bammat... Into this group of my favorite monsters, which I have gathered here thinking you may share my enjoyment of them, I have thrown a dragon or so, some werewolves, and a few such others just for flavoring. As you read on, just keep firmly in mind that these are stories, and you will be fine.

So, onward young friends! The monsters are coming!"

The Day of the Dragon by Guy Endore
The King of the Cats by Stephen Vincent Benet
Slime by Joseph Payne Brennan
The Man Who Sold Rope To The Gnoles by Idris Seabright
Henry Martindale, Great Dane by Miriam Allen deFord
The Microscopic Giants by Paul Ernst
The Young One by Jerome Bixby
Doomsday Deferred by Will F. Jenkins
Shadow, Shadow On The Wall by Theodore Sturgeon
The Desrick On Yandro by Manly Wade Wellman
The Wheelbarrow Boy by Richard Parker
Homecoming by Ray Bradbury

Learn more about "The Master of Suspense".
Biography.com/people/alfred-hitchcock-9340006

Artist Earl E. Mayan's illustrations are scary, menacing fun! Mayan (1916 - 2009) was a graduate of the Pratt Institute and illustrated for Saturday Evening Post among other publications.

Condition*: Very Good/Good. The dust jacket is chipped along the edges and has two closed tears, front and back, and some toning on the inside. The illustrated cover boards are bumped on the bottom right corner and the tail of the spine, and there's a 1" dent on the edge of the back cover.

*Based on guidelines of the Independent Online Booksellers' Association