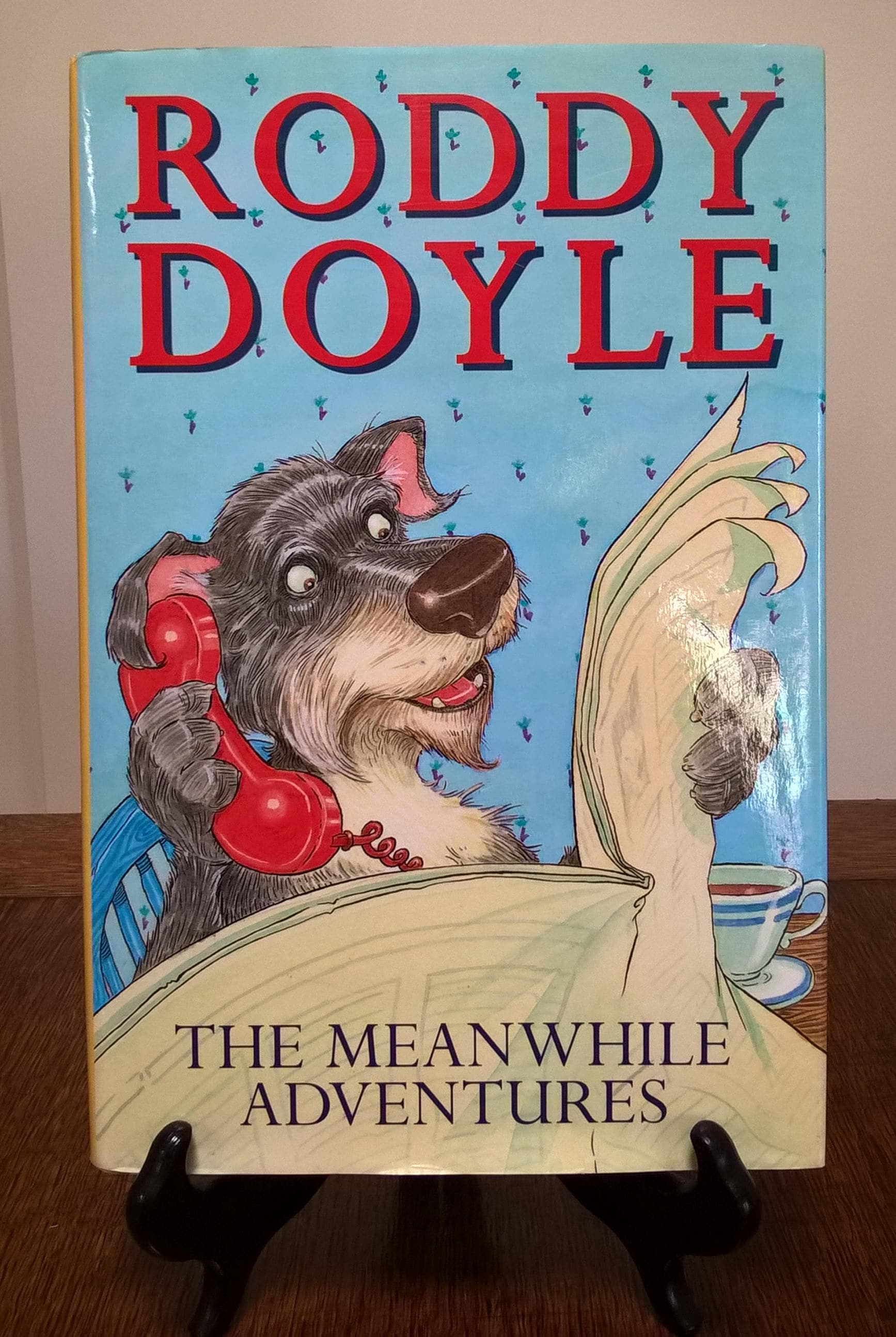 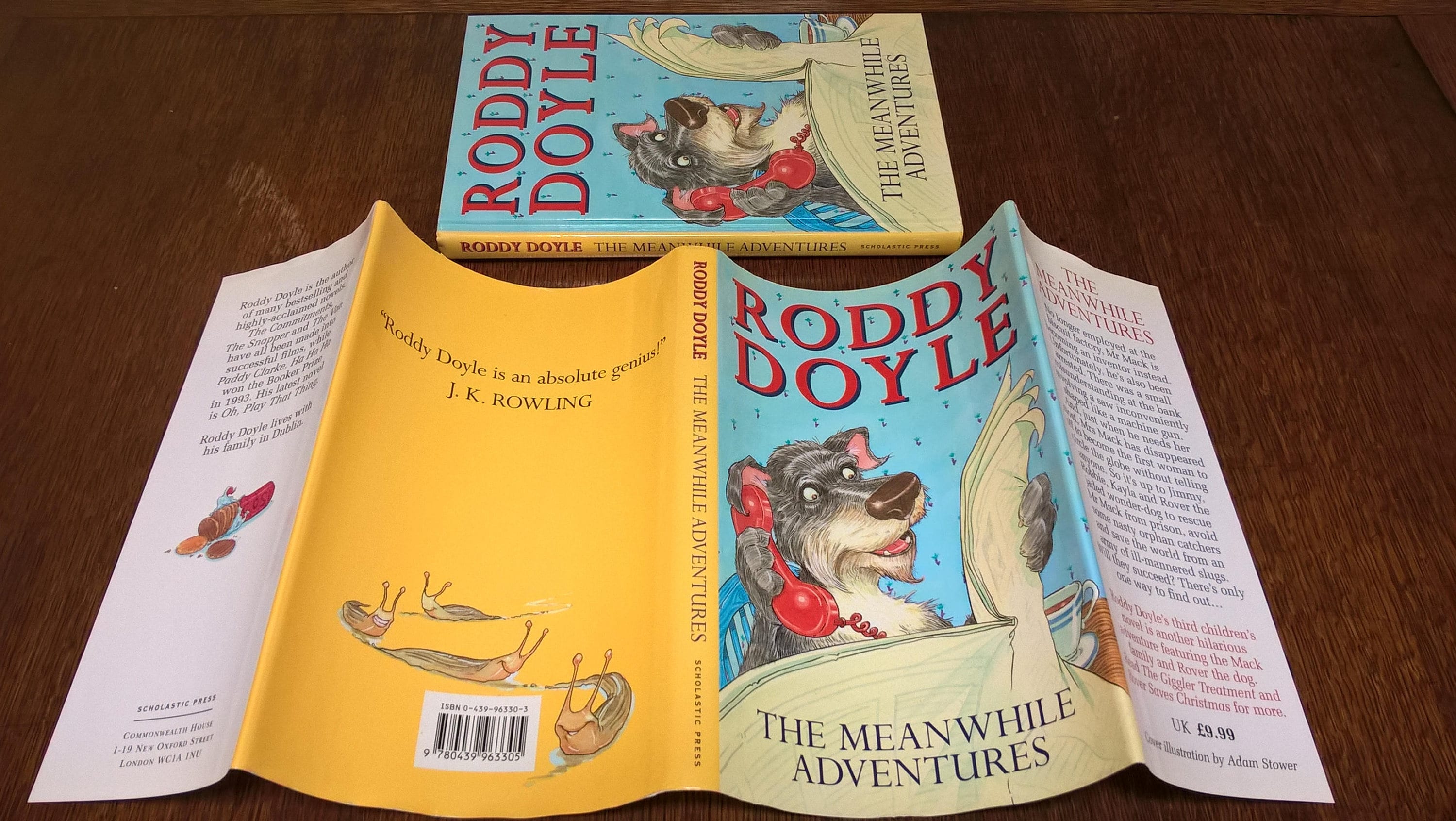 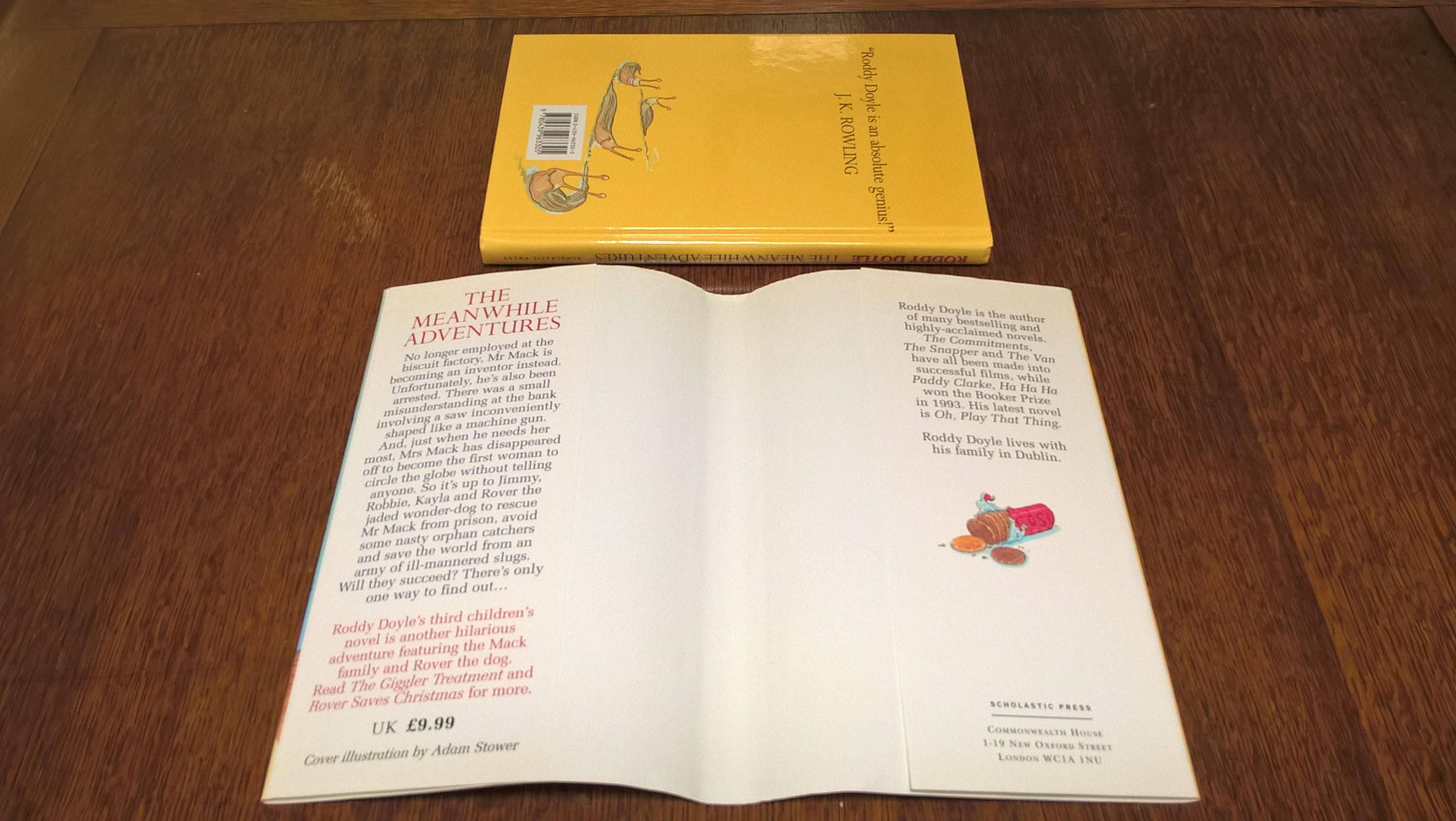 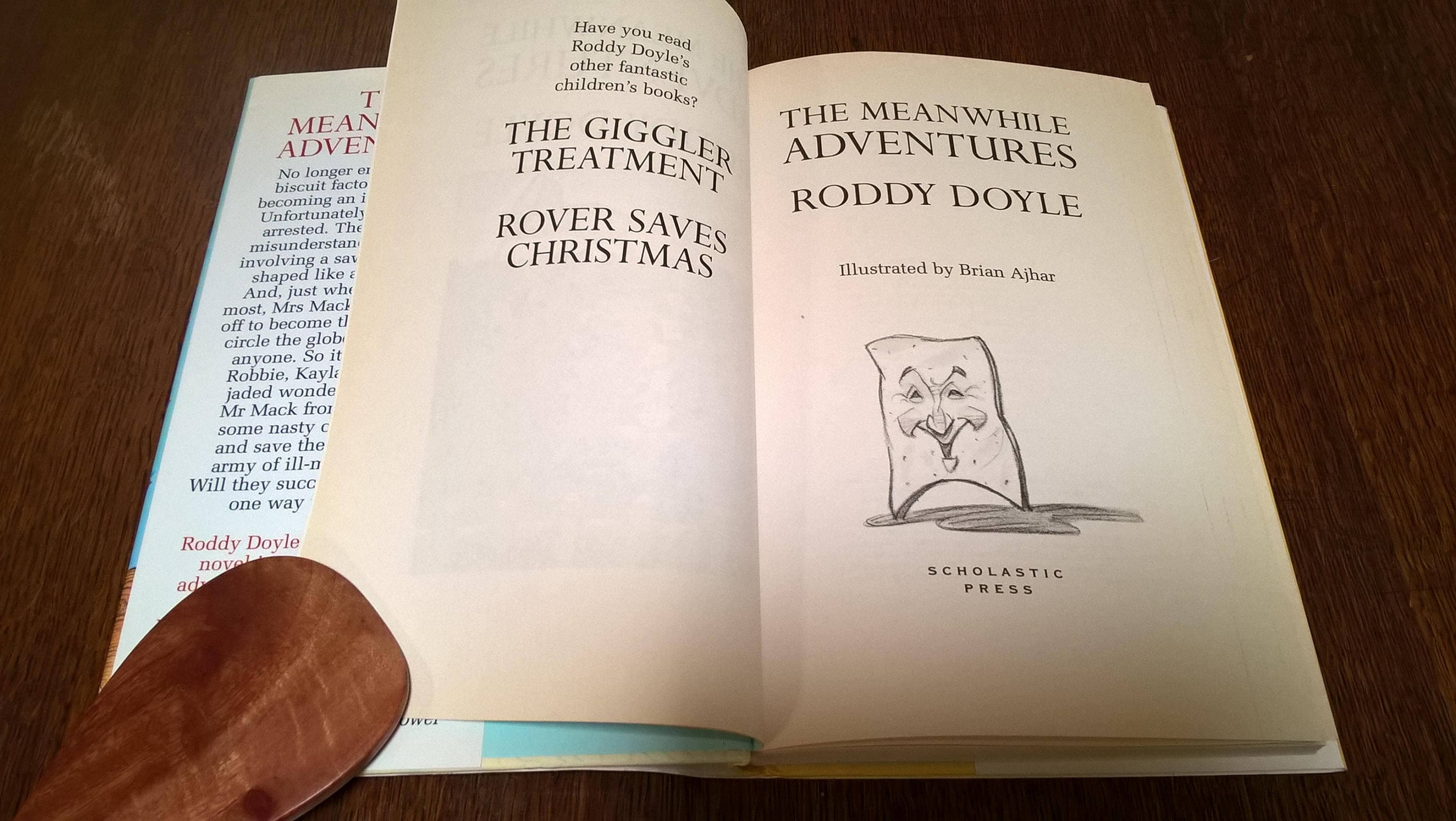 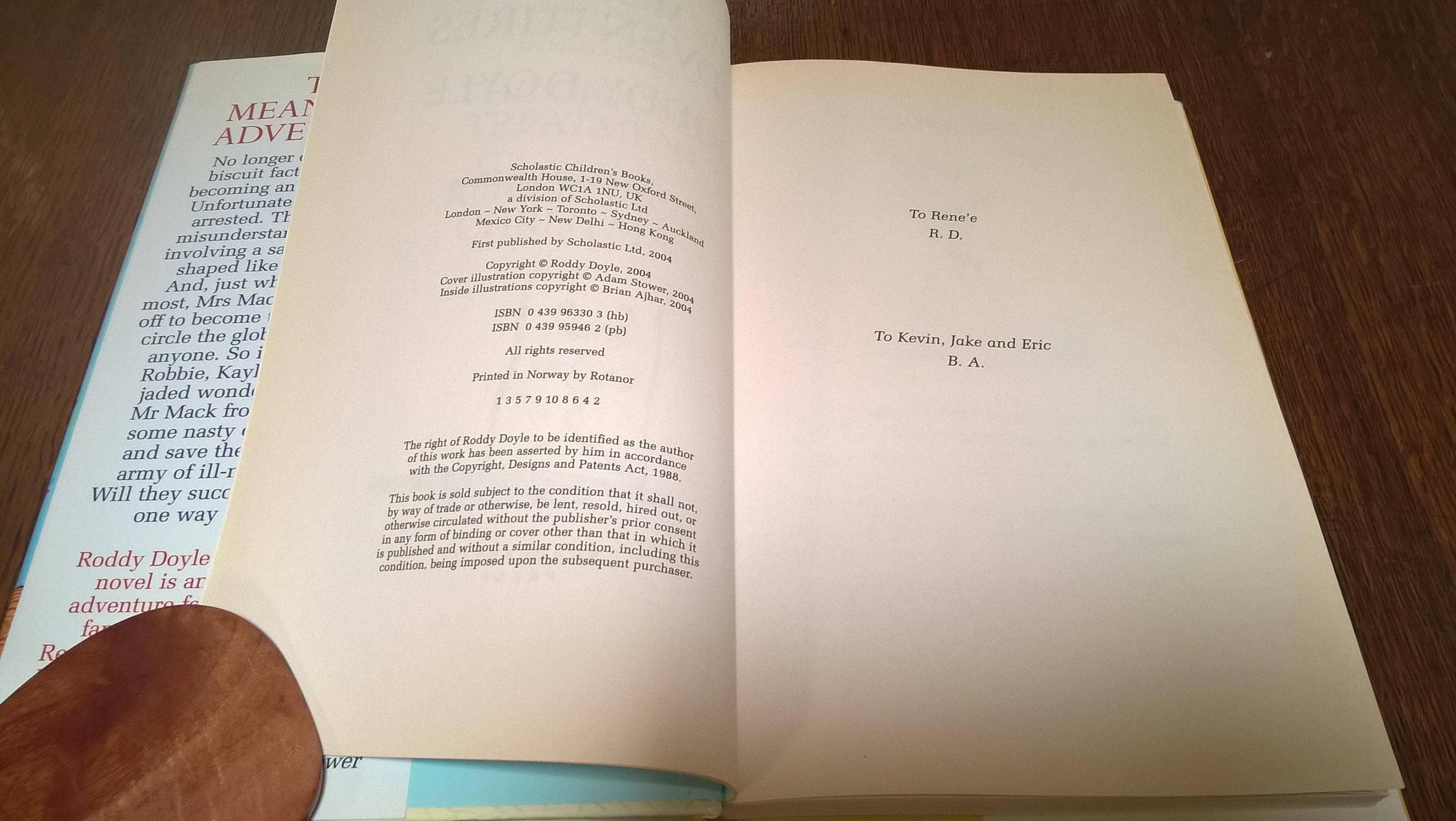 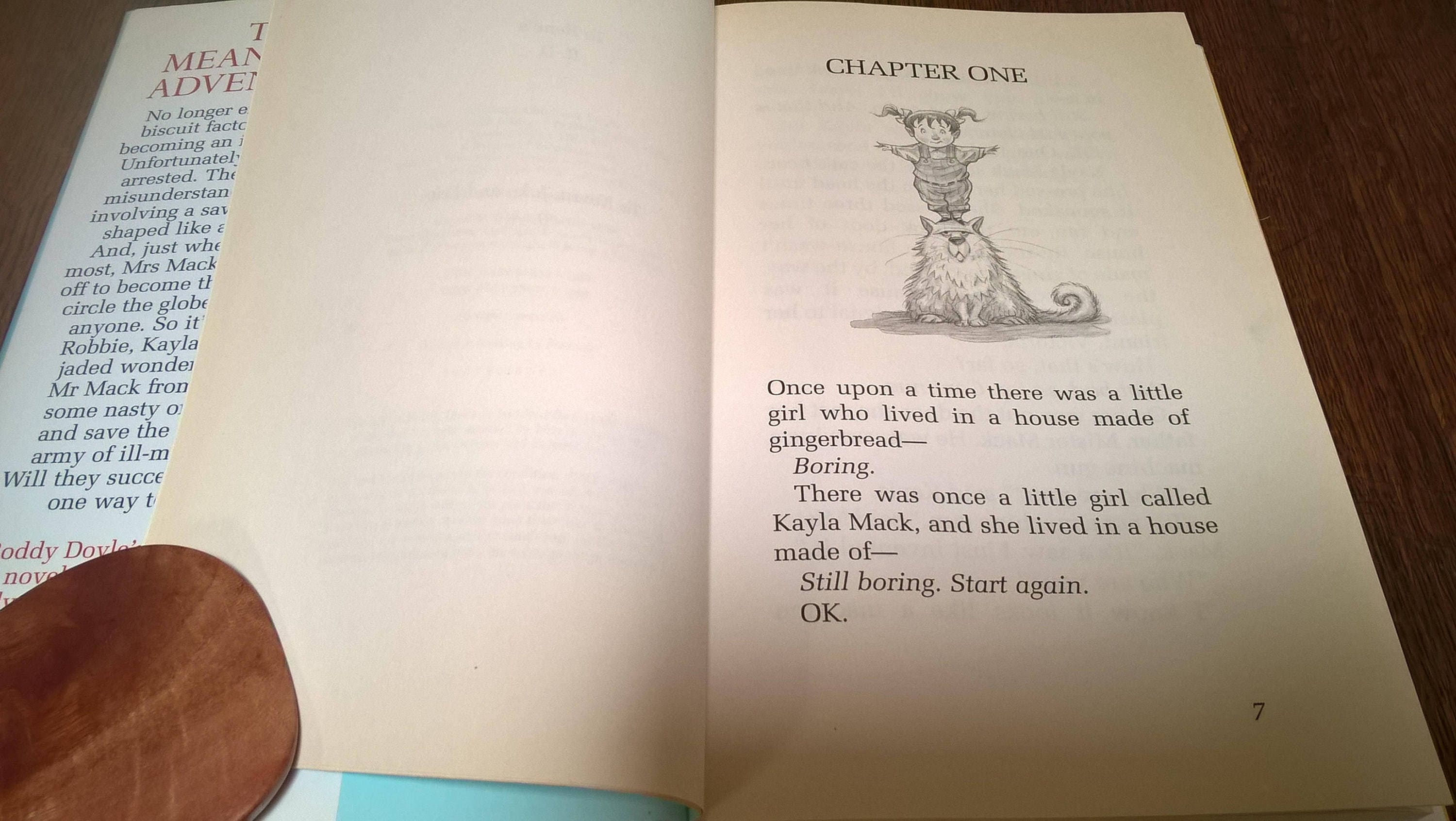 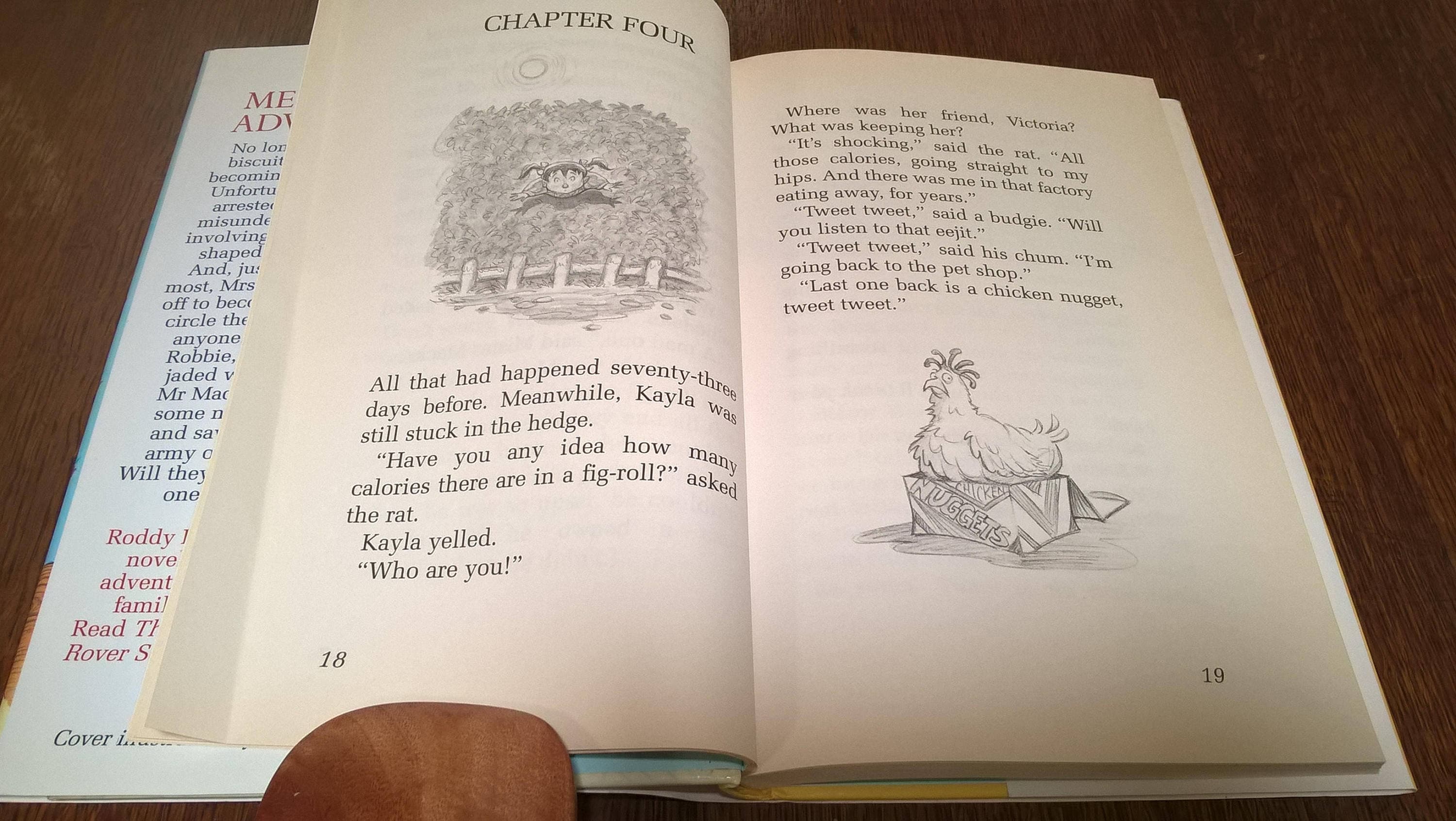 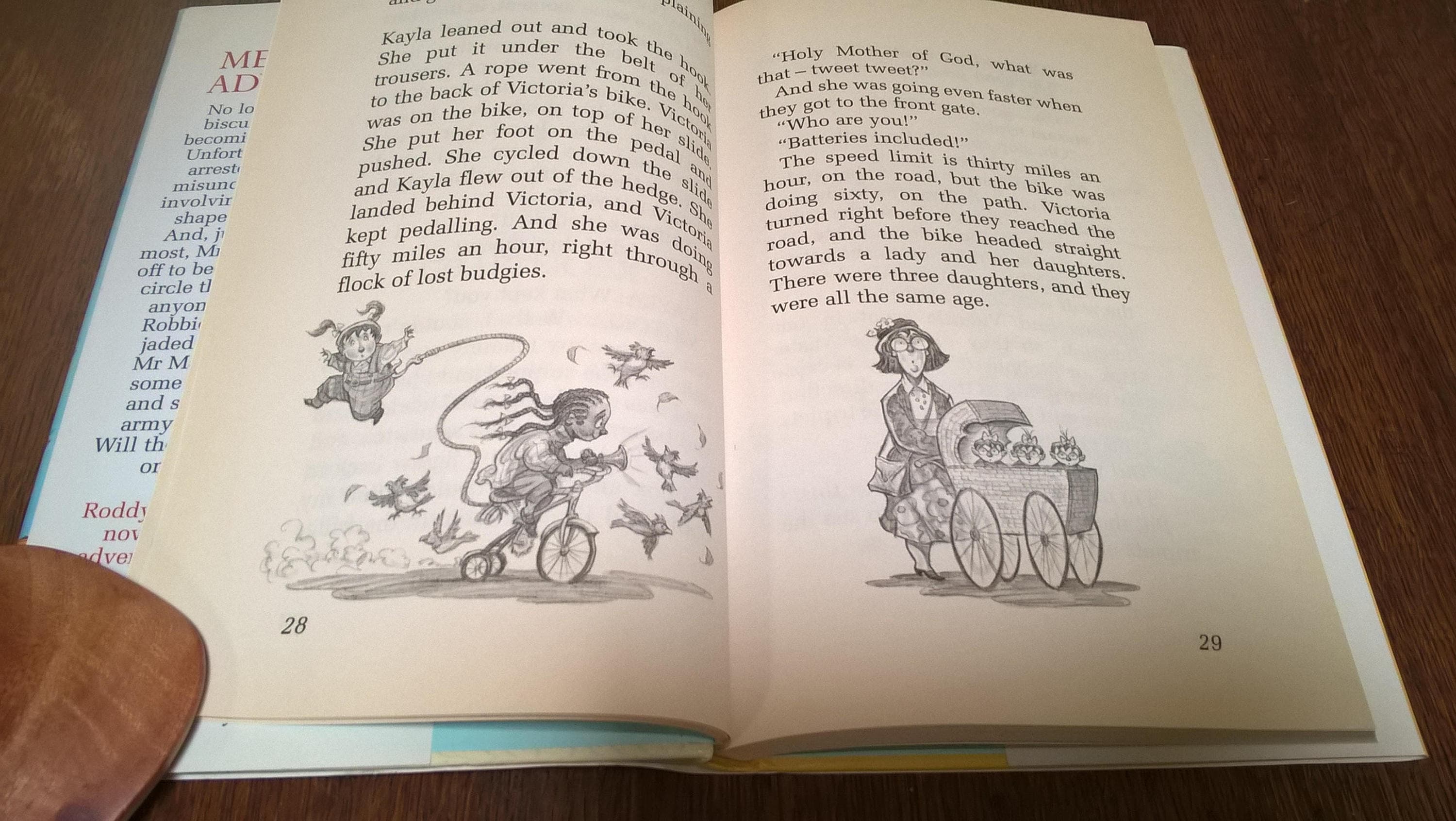 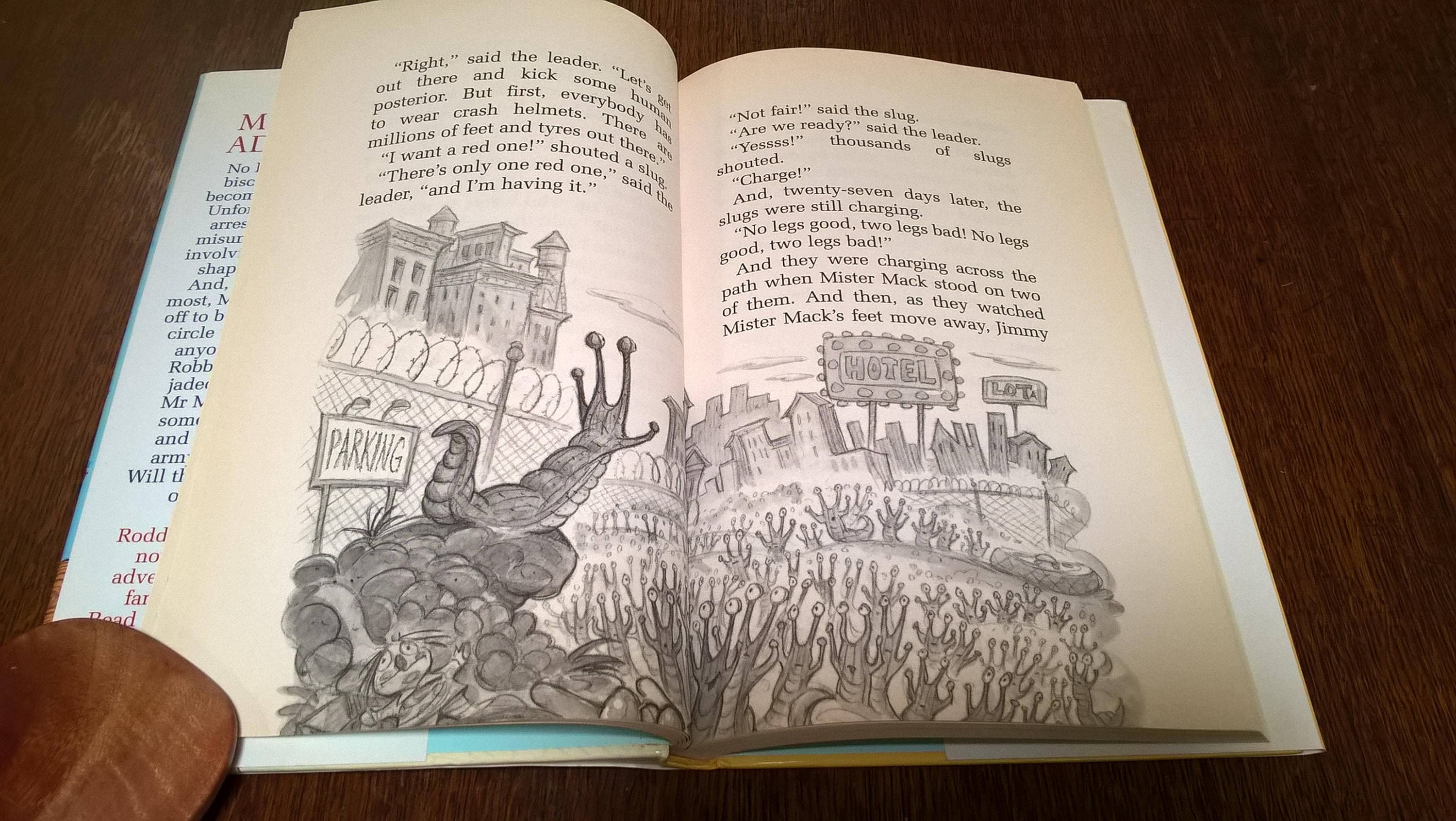 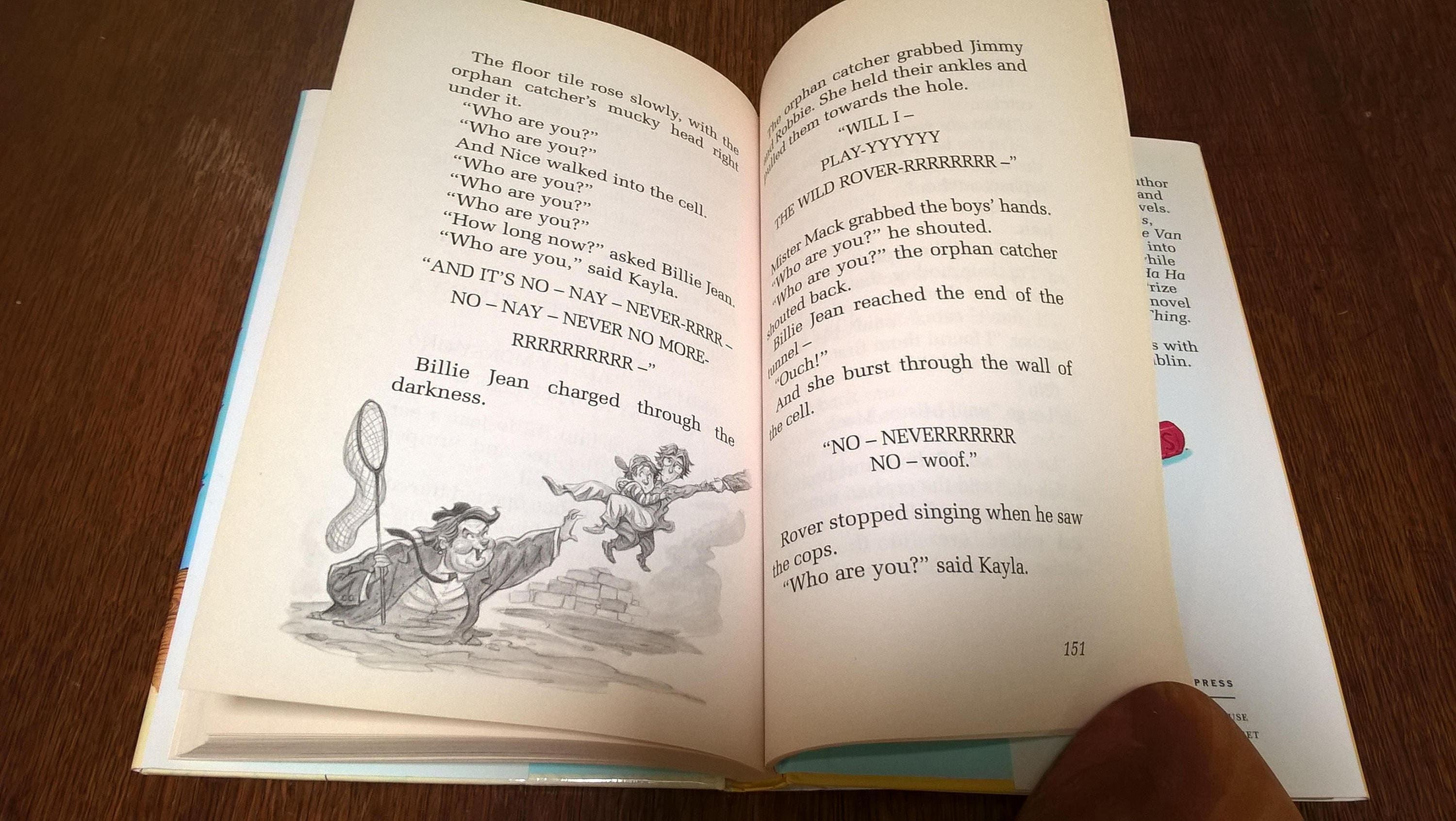 First UK edition of The Meanwhile Adventures by Roddy Doyle, in which Mr Mack is thrown in jail, Mrs Mack goes on a walk-about, and Rover and the kids are left to sort it all out.

Roddy Doyle (1958 - ) is a Dubliner and an award-winning author, dramatist, and screenwriter. In addition to 11 novels for adults, his eight children's books include Paddy Clarke Ha Ha Ha, winner of the 1993 Booker Prize, and the Rover Adventures series: The Giggler Treatment, Rover Saves Christmas, The Meanwhile Adventures, and Rover and The Big Fat Baby.

In this third book in the series, the Mack family tumbles into chaos.

"No longer employed at the biscuit factory, Mr. Mack is becoming an inventor instead. Unfortunately, he's also been arrested. There was a small misunderstanding at the bank involving a saw inconveniently shaped like a machinge gun. And, just when he needs her most, Mrs. Mack has disappeared off to become the first woman to circle the globe without telling anyone. So it's up to Jimmy, Robbie, Kayla and Rover the jaded wonder-dog to rescue Mr. Mack from prison, avoid some nasty orphan catchers and save the world from an army of ill-mannered slugs."

I'm intrigued by the fact that Doyle can write serious novels as well as children's books as silly fun like the Rover series. The kind of giggling-silly I hear coming from kids playing in the backyard.

Condition*: Near Fine/Near Fine. The dust jacket shows minor scuffing from normal shelf wear. Page 17 was accidentally folded along the edge (as opposed to a dog-eared corner).