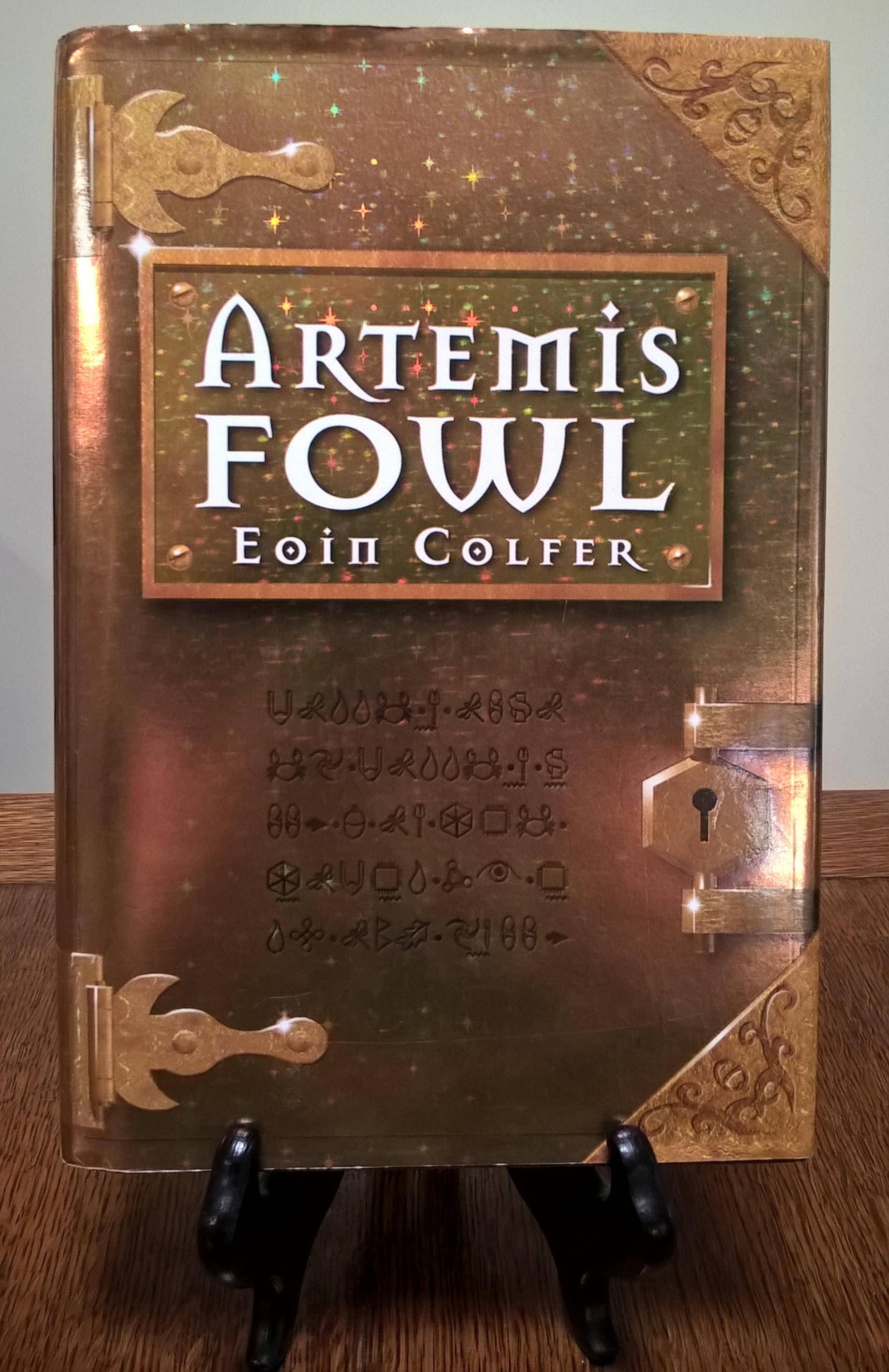 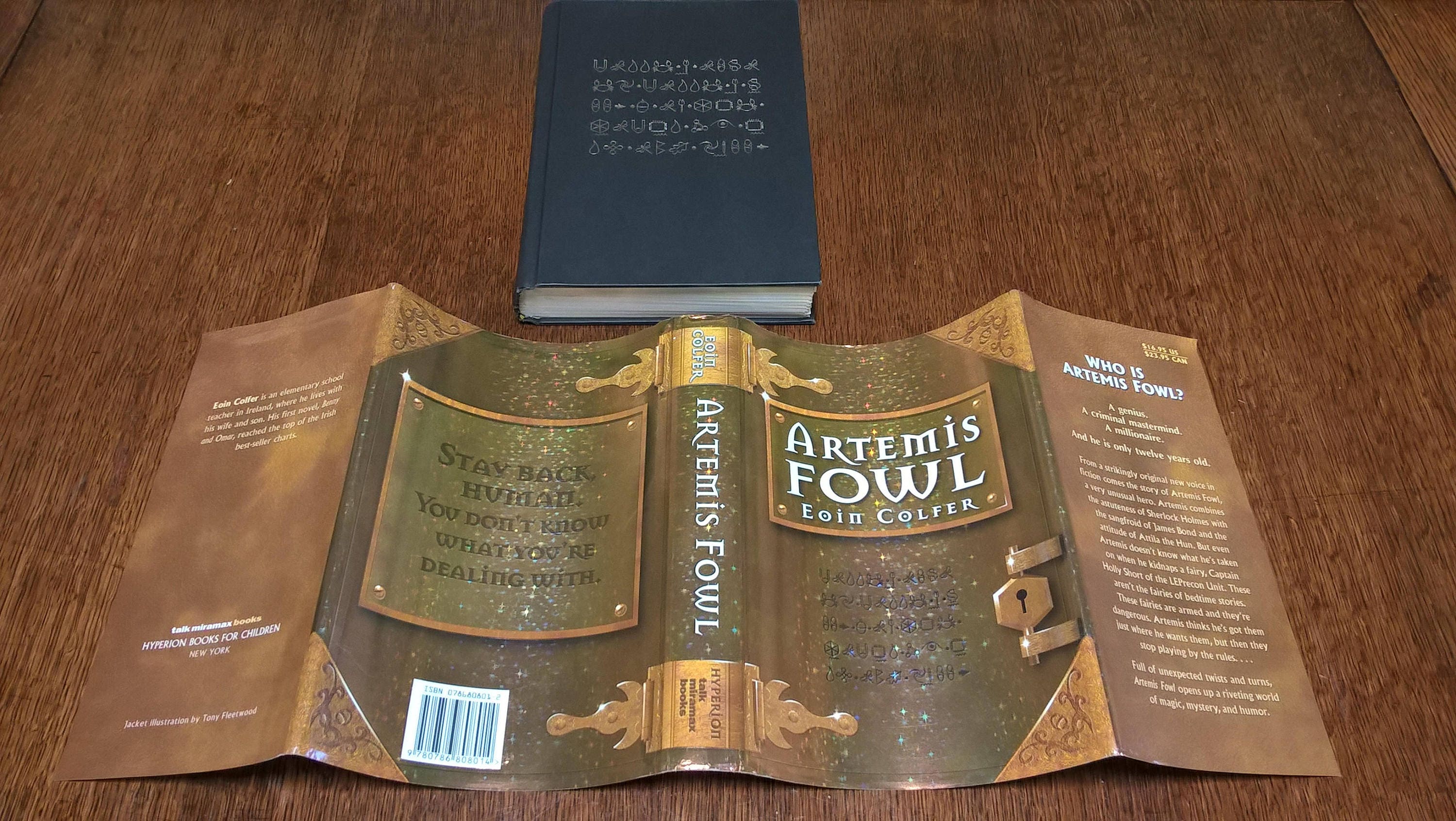 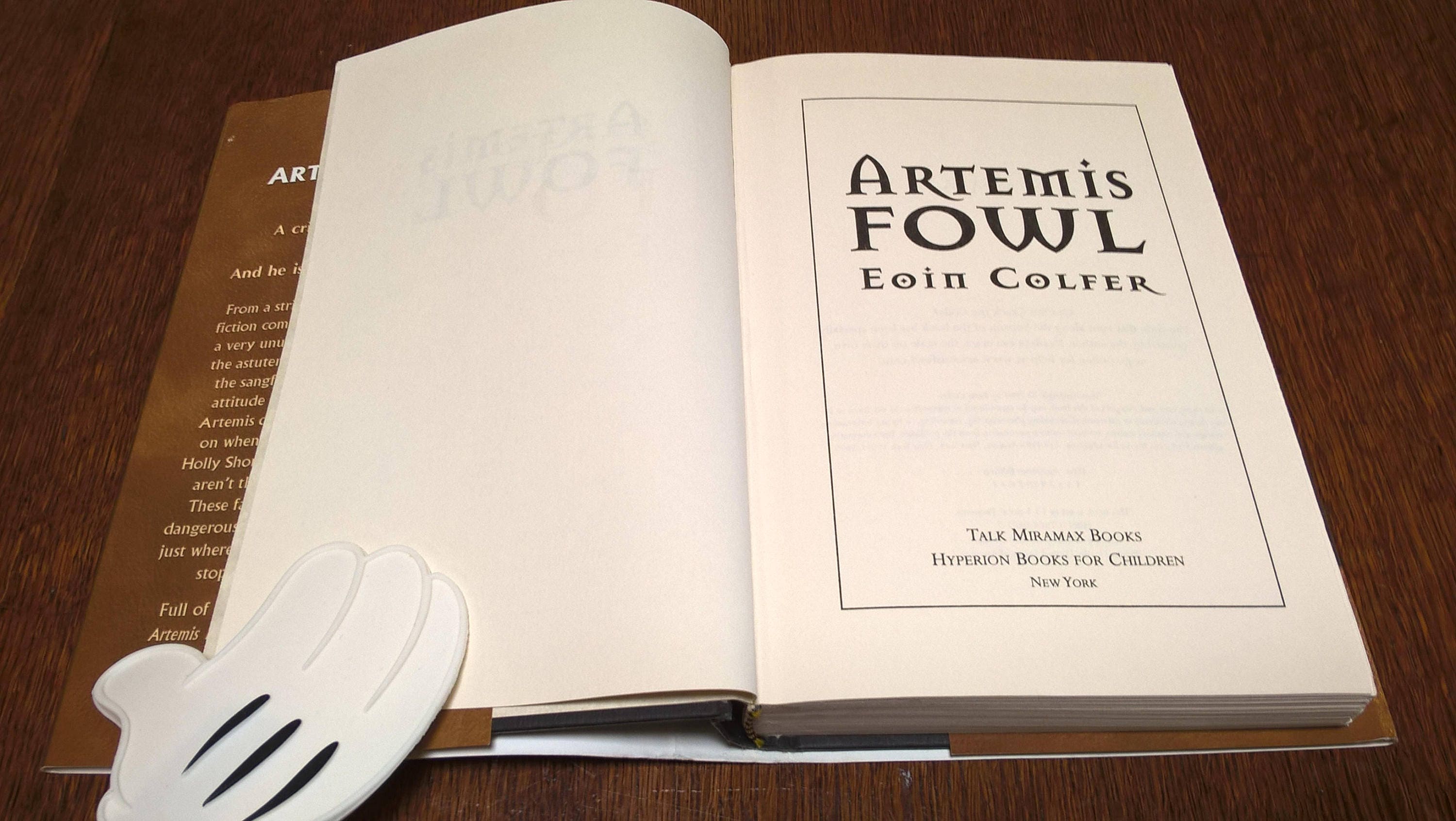 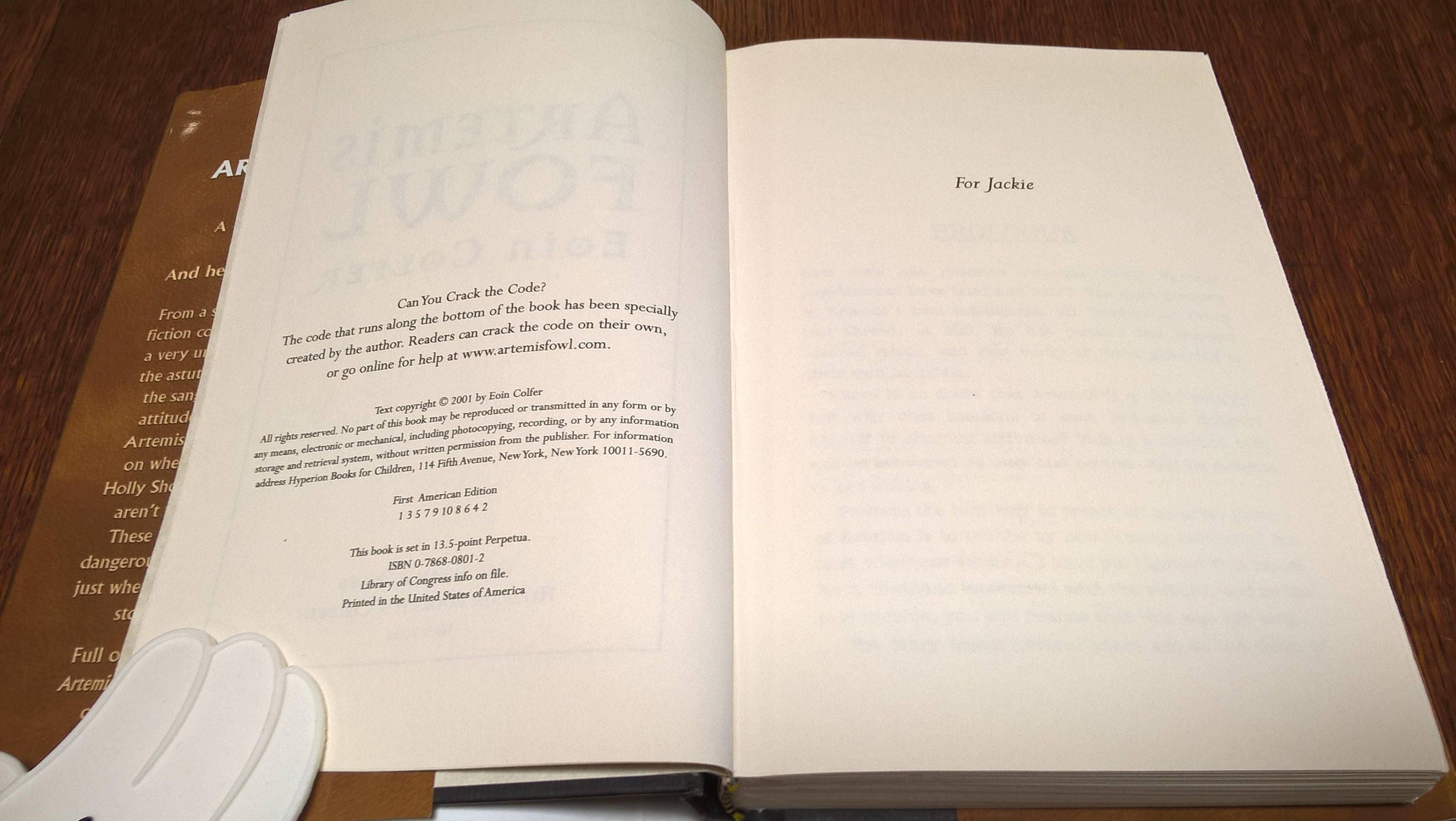 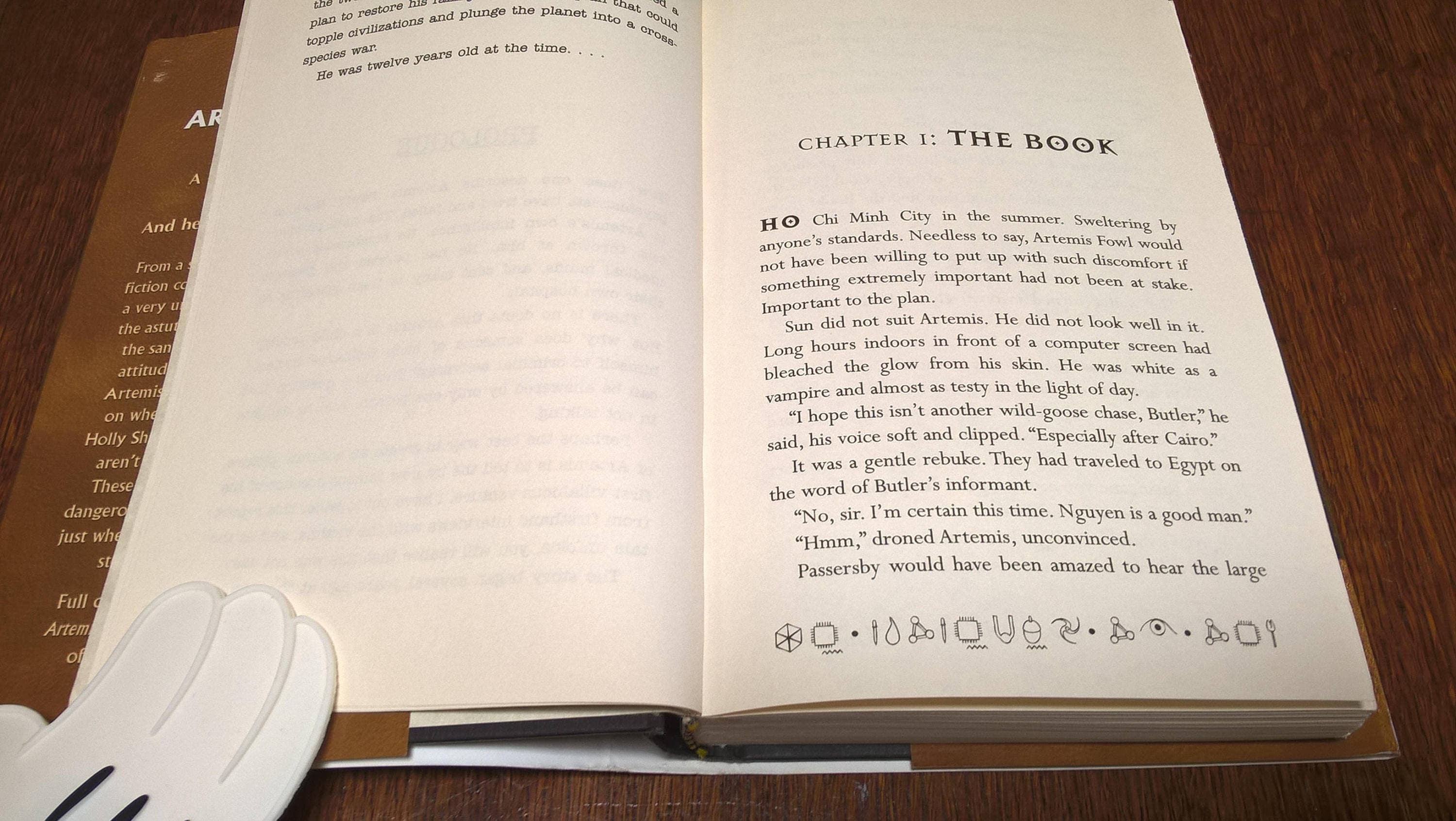 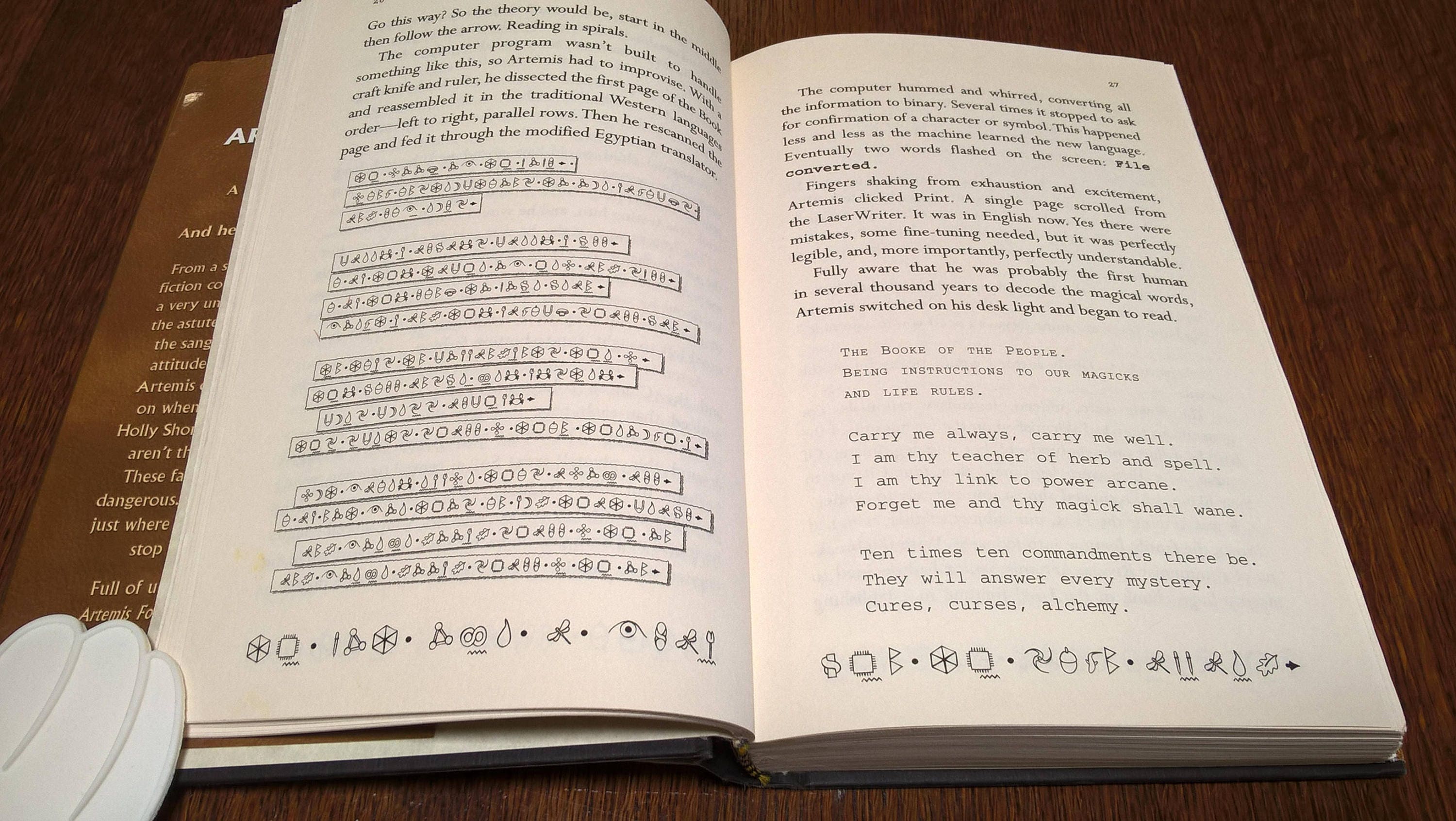 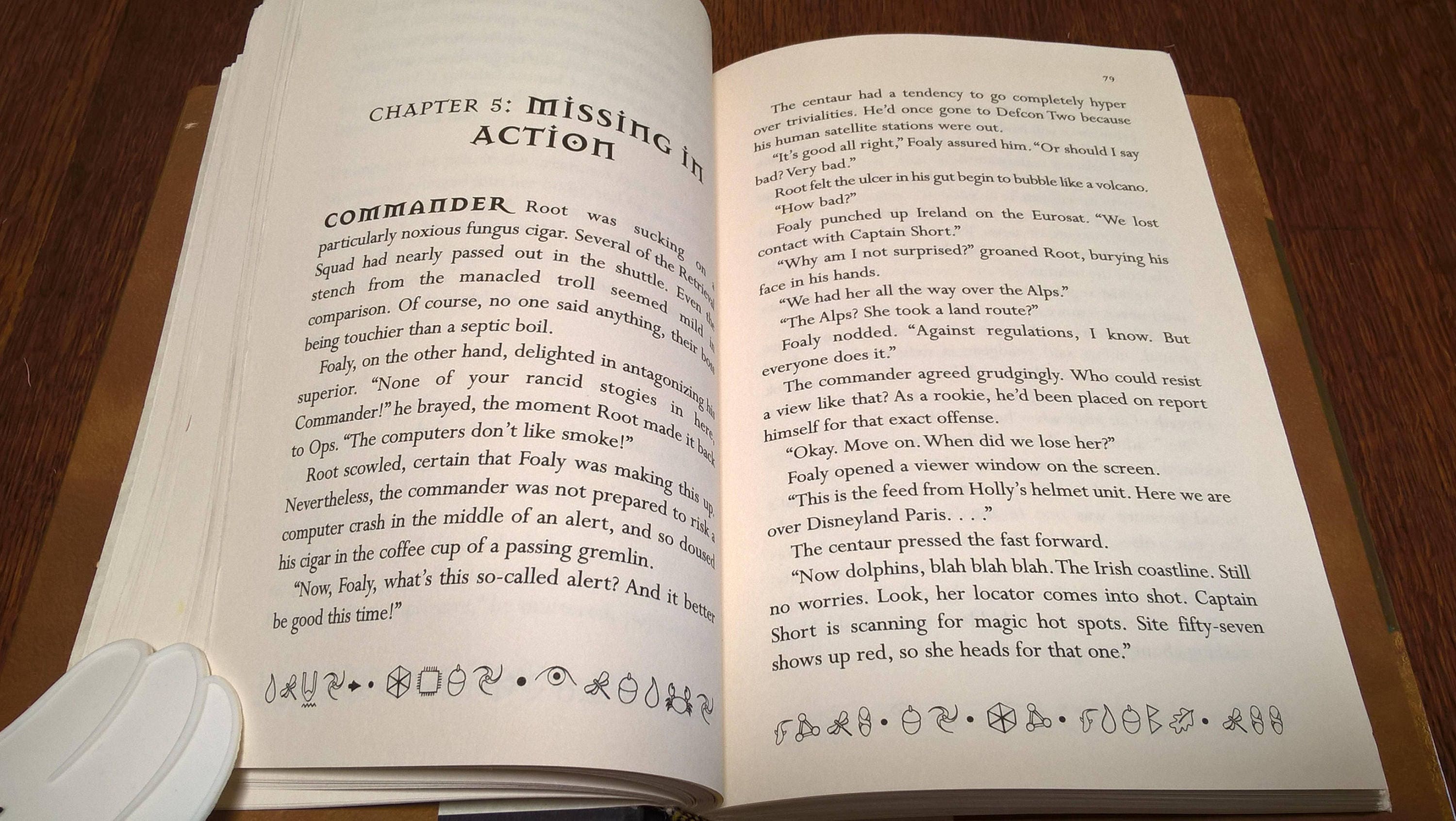 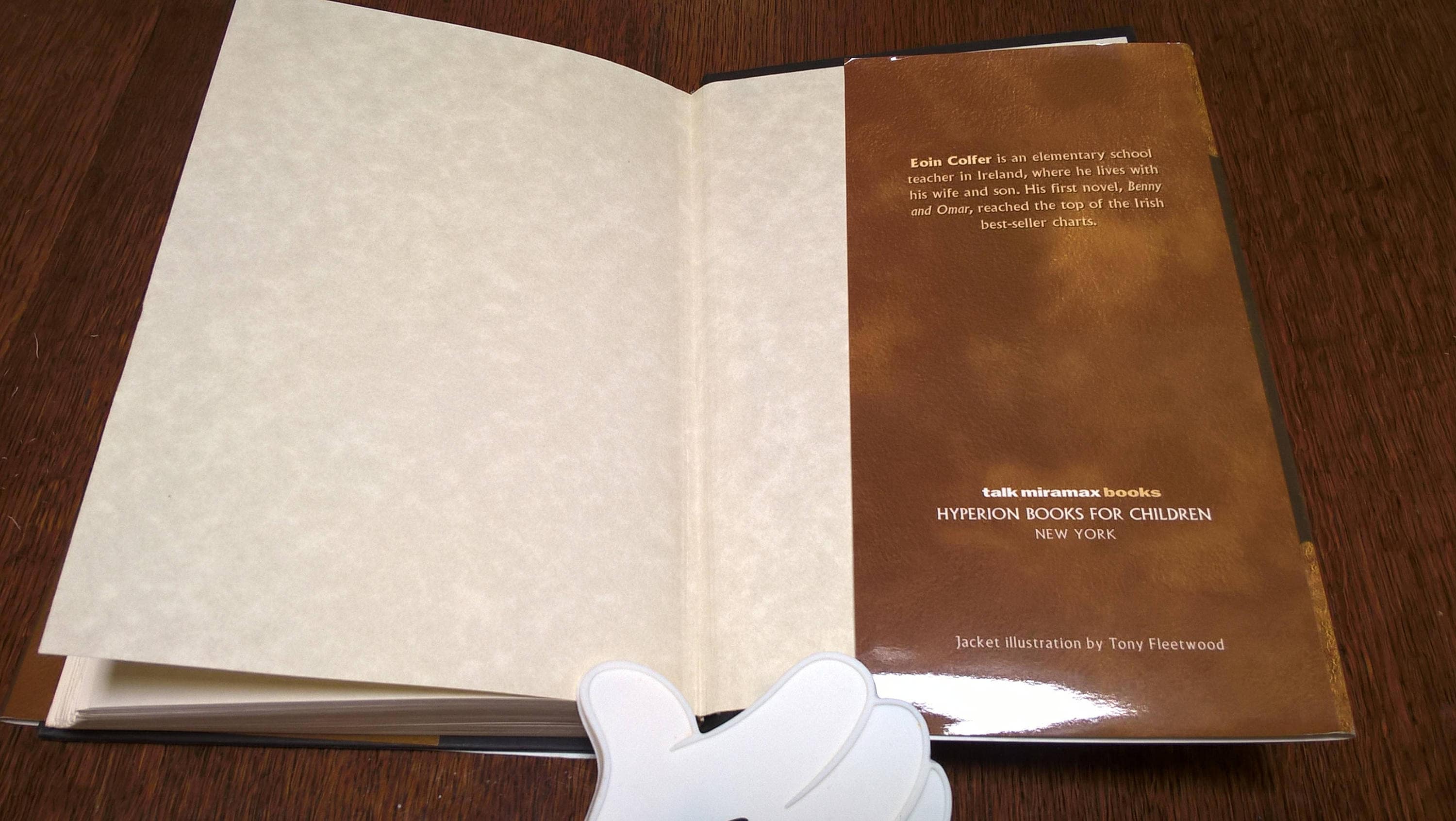 First edition of Artemis Fowl by Eoin Colfer. In the first book of the series, Artemis kidnaps a fairy, Captain Holly Short of the LEPrecon Unit, and all hell breaks loose.

And he is only twelve years old.

....Artemis combines the astuteness of Sherlock Homes with the sangfroid of James Bond and the attitude of Attila the Hun. But even Artemis doesn't know what he's taken on when he kidnaps a fairy, Captain Holly Short of the LEPrecon Unit. These aren't the fairies of bedtime stories. These fairies are armed and they're dangerous. Artemis thinks he's got them just where he wants them, but they stop playing by the rules..."

The symbols that run along the bottom of the pages throughout the book are Gnommish, the language of the fairies, which Artemis theorizes the Egyptians borrowed. The Gnommish on the book cover reads:

Carry me always, carry me well.
I am thy teacher of herb and spell.

Read more about author Eoin Colfer and Artemis at The Guardian.
Theguardian.com/books/2010/jun/17/artemis-fowl-best-puffin-eoin-colfer