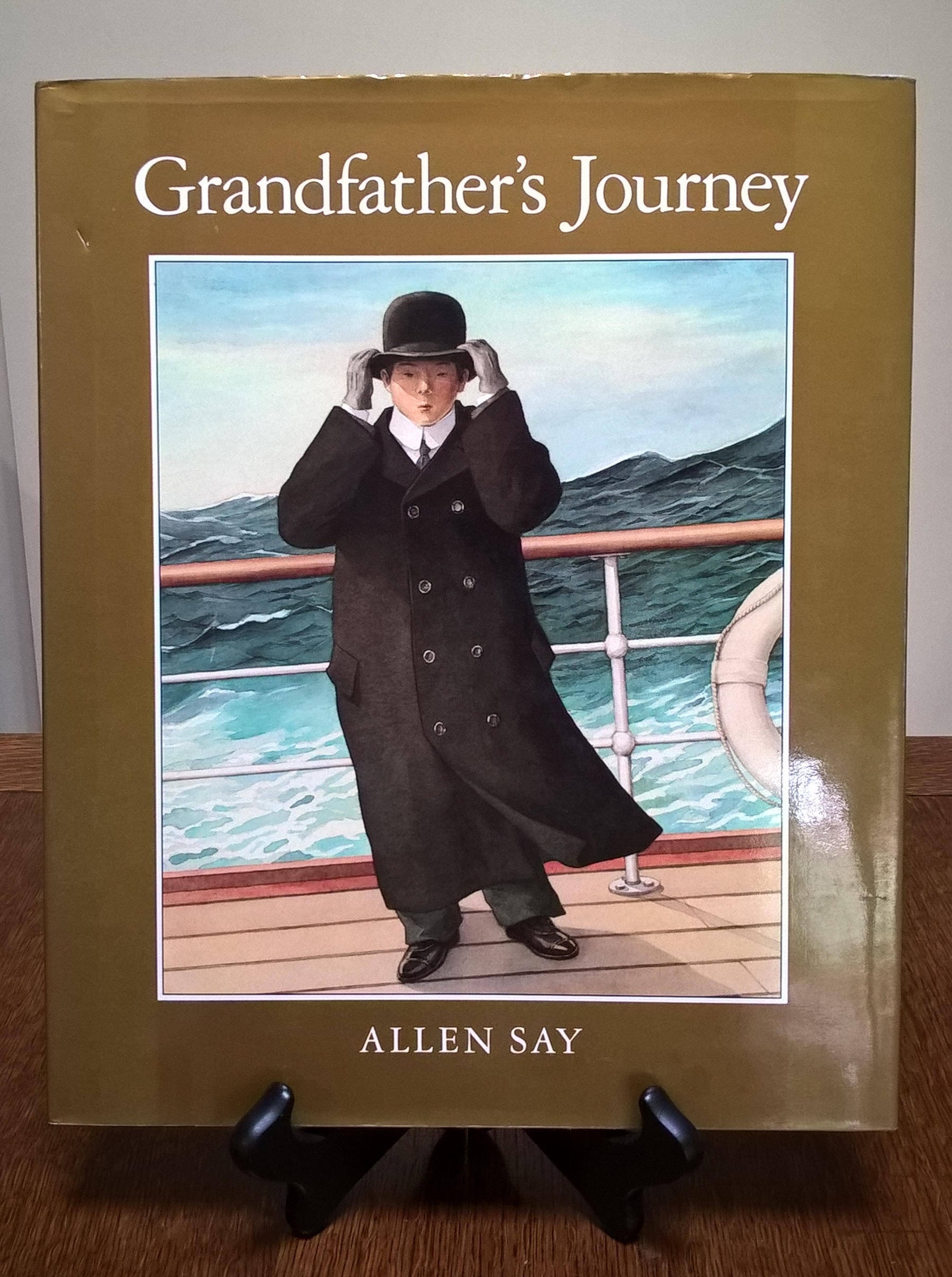 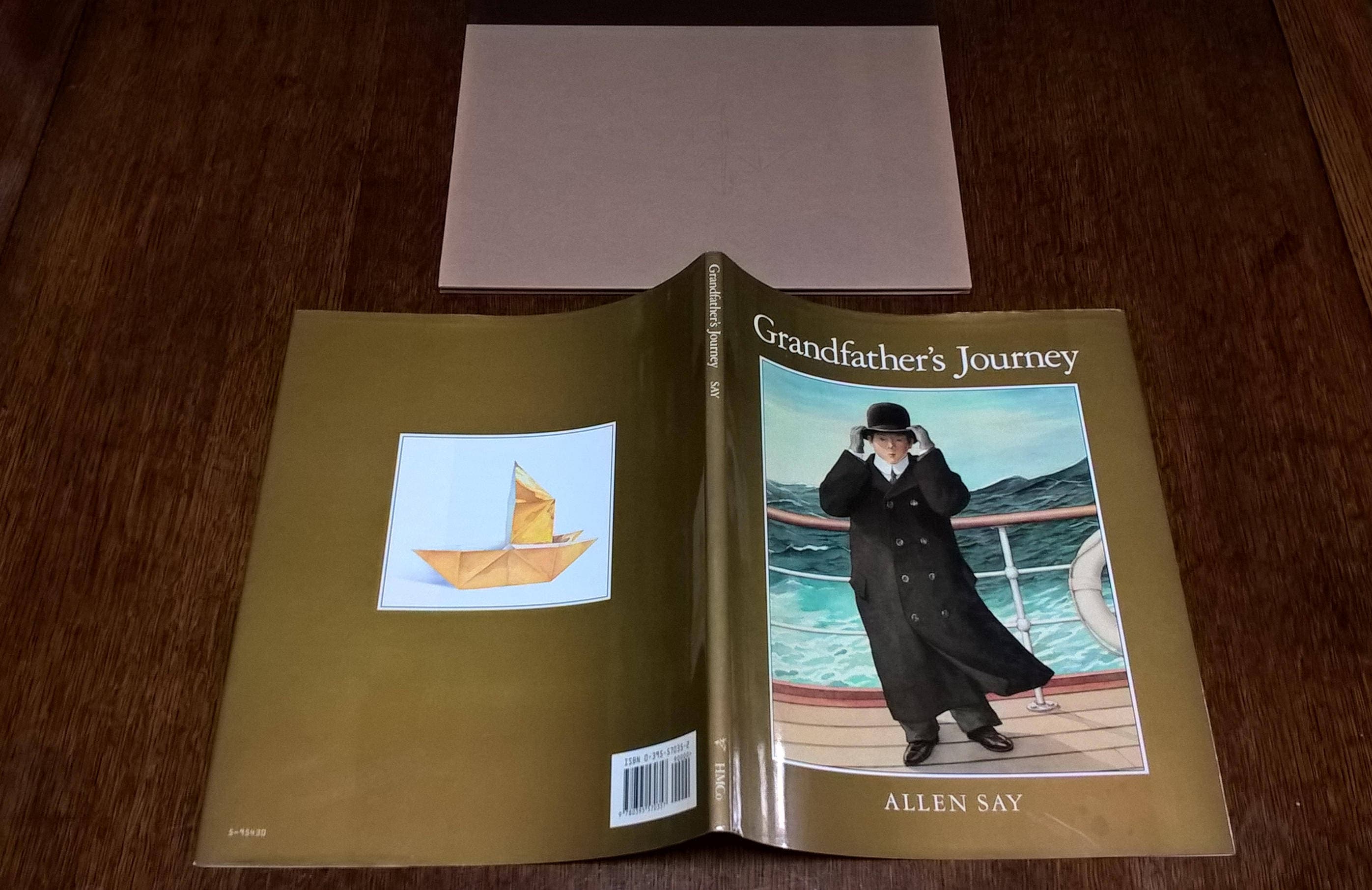 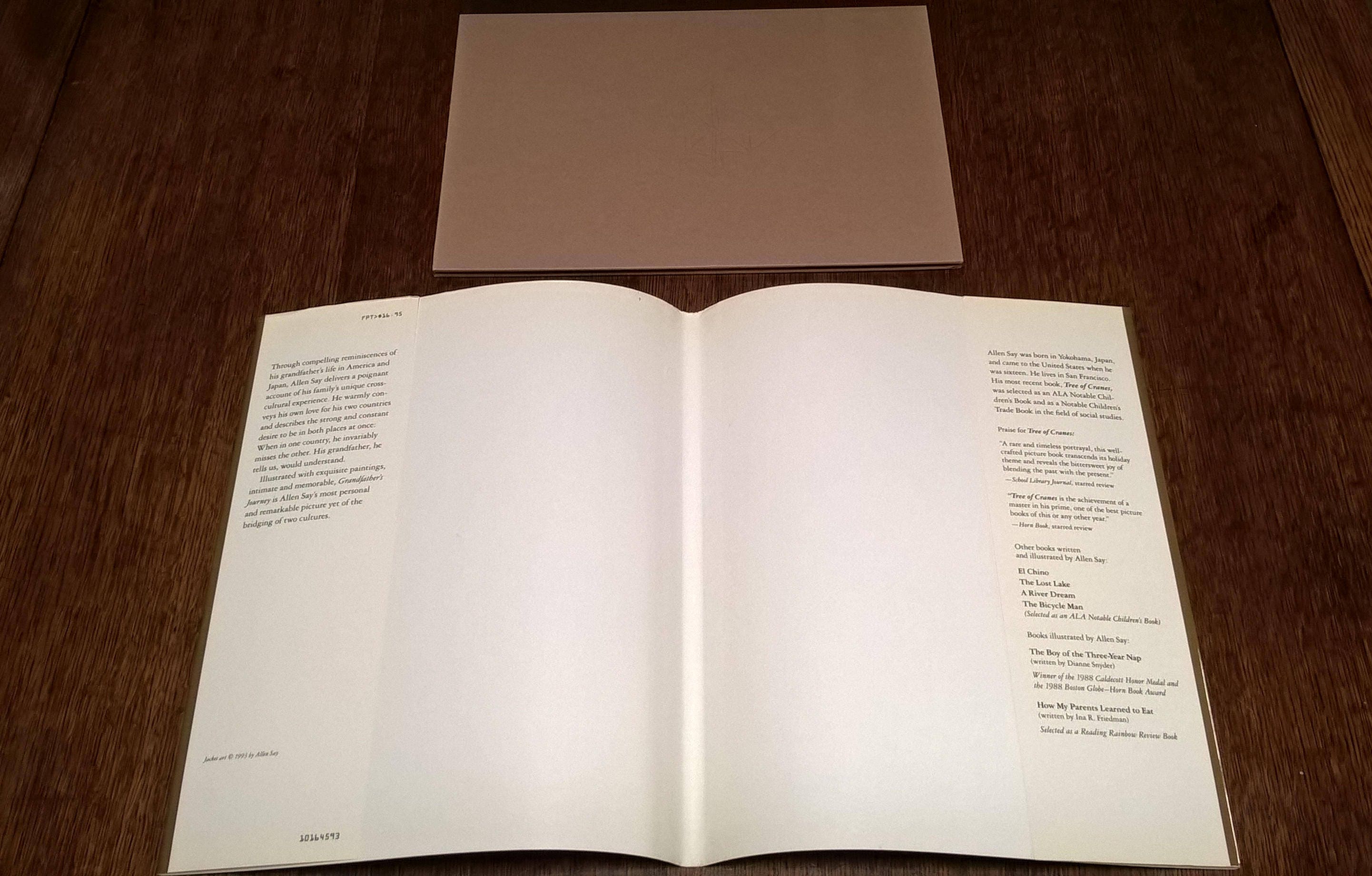 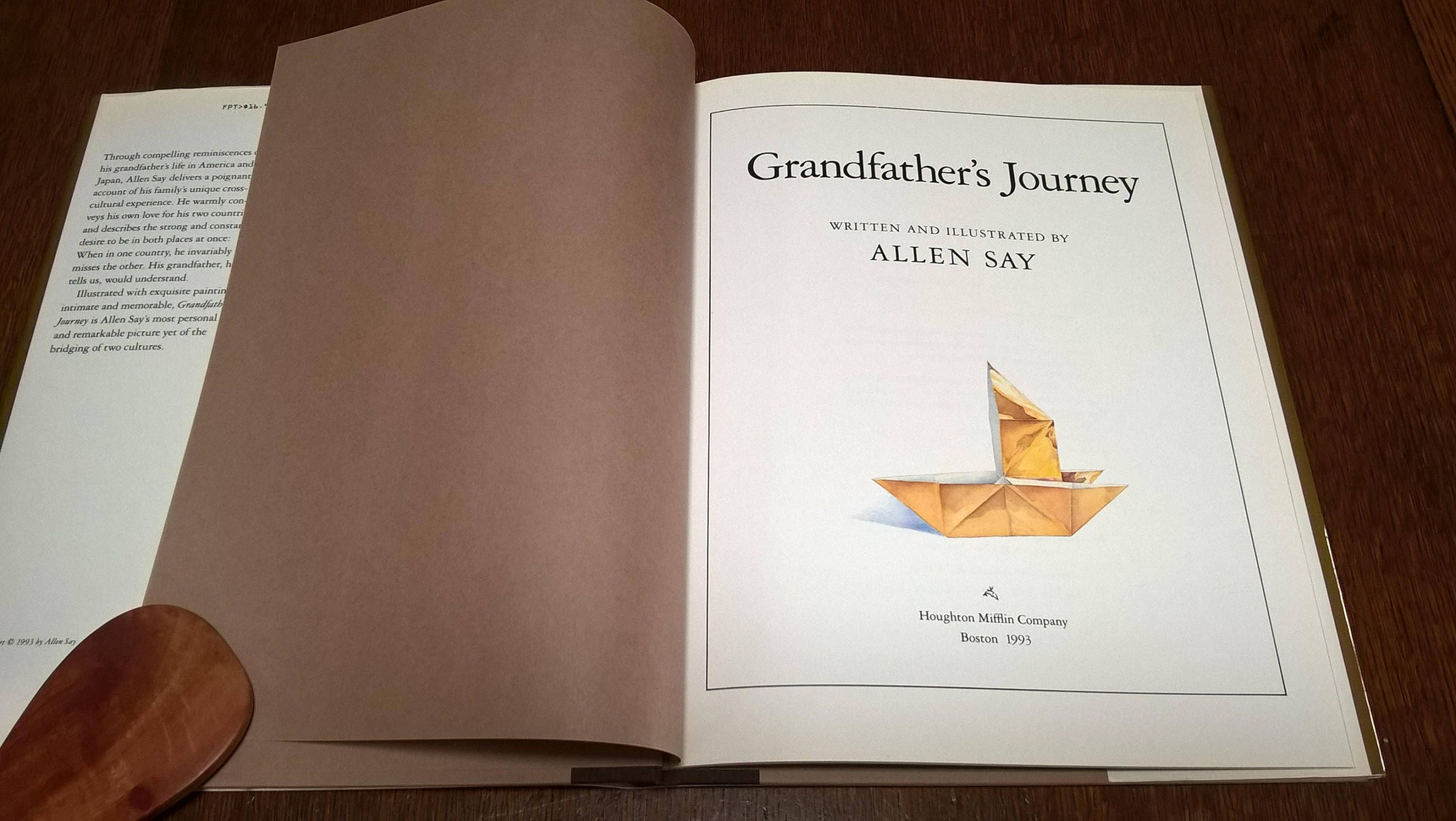 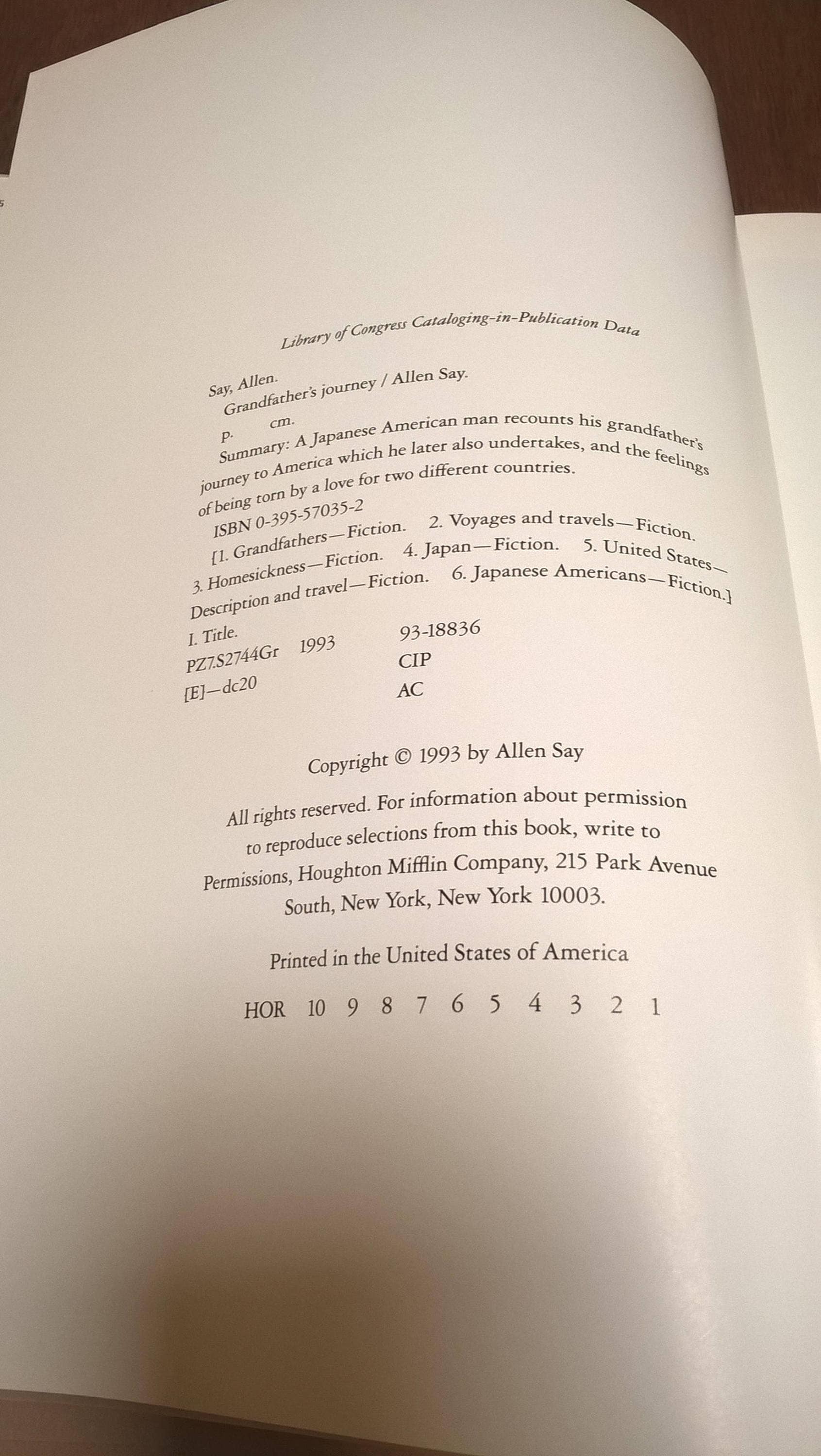 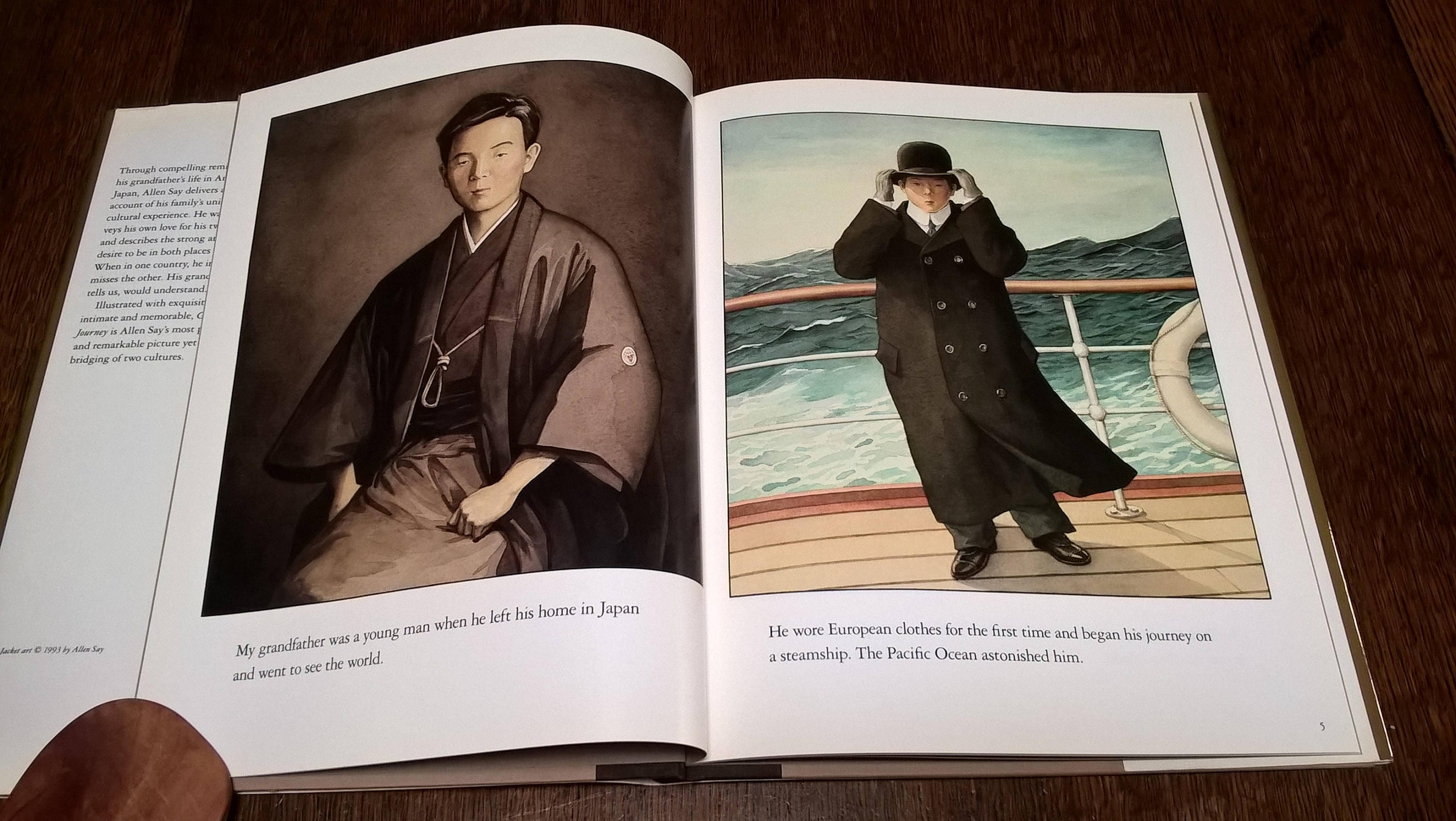 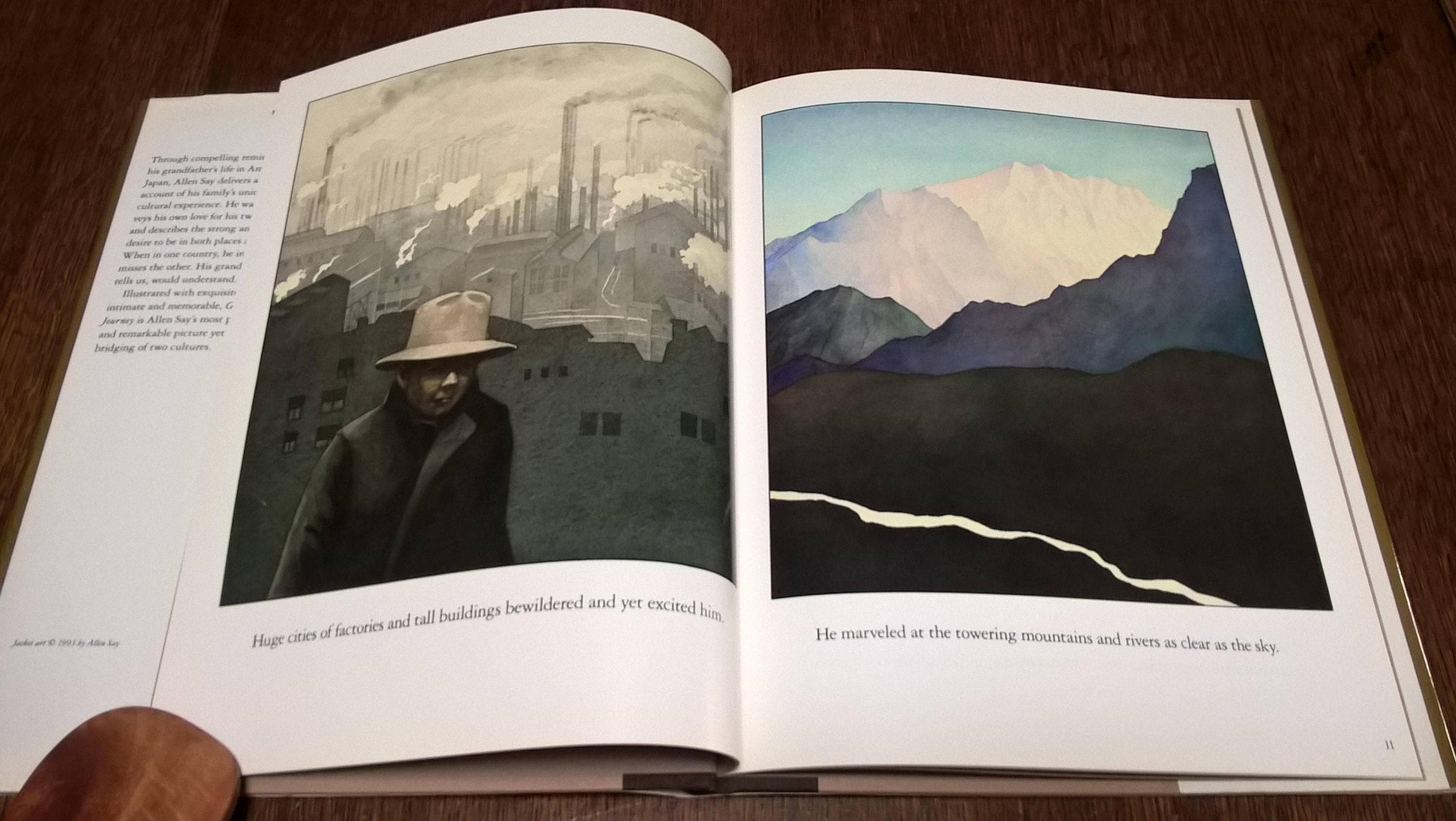 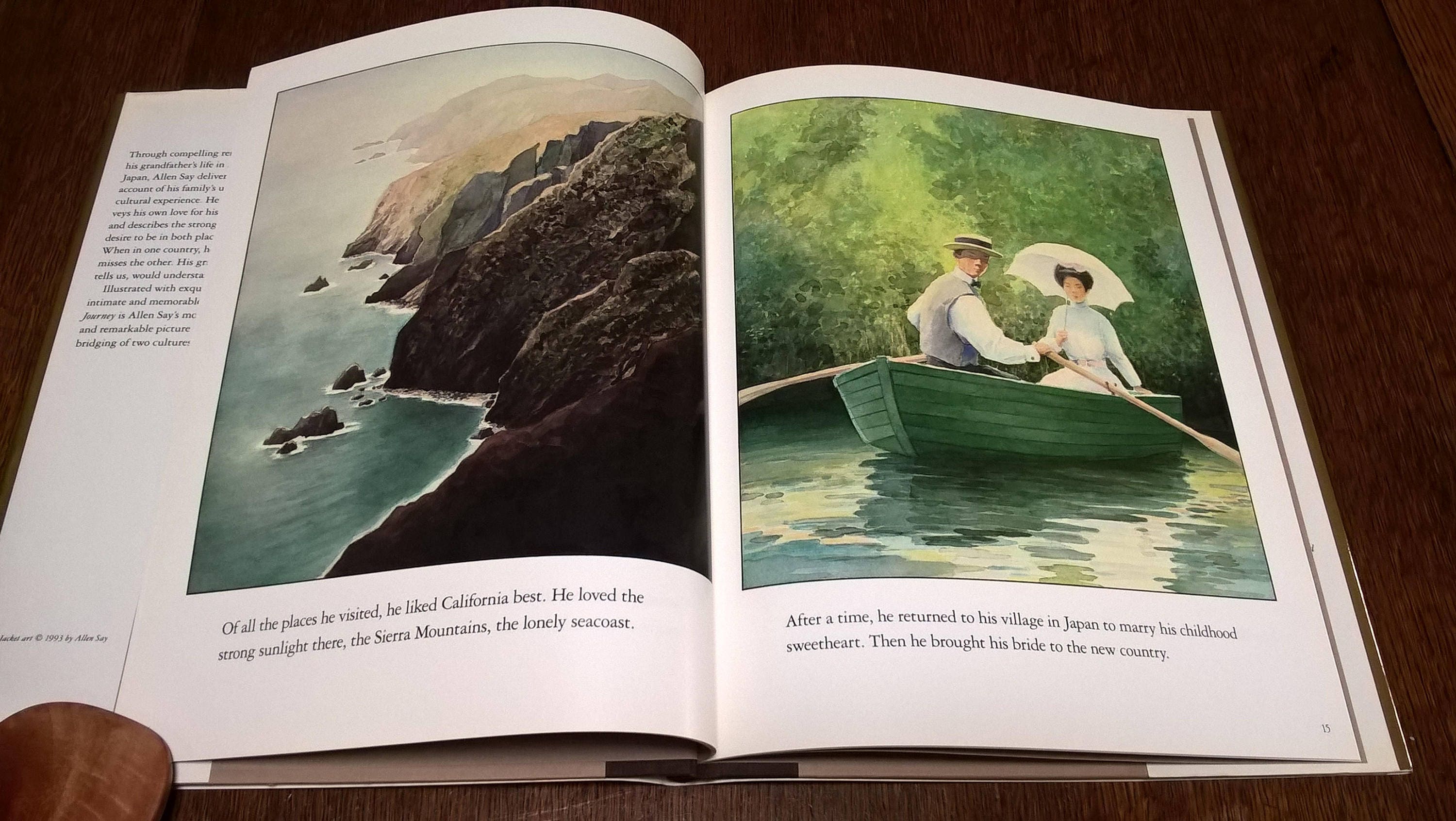 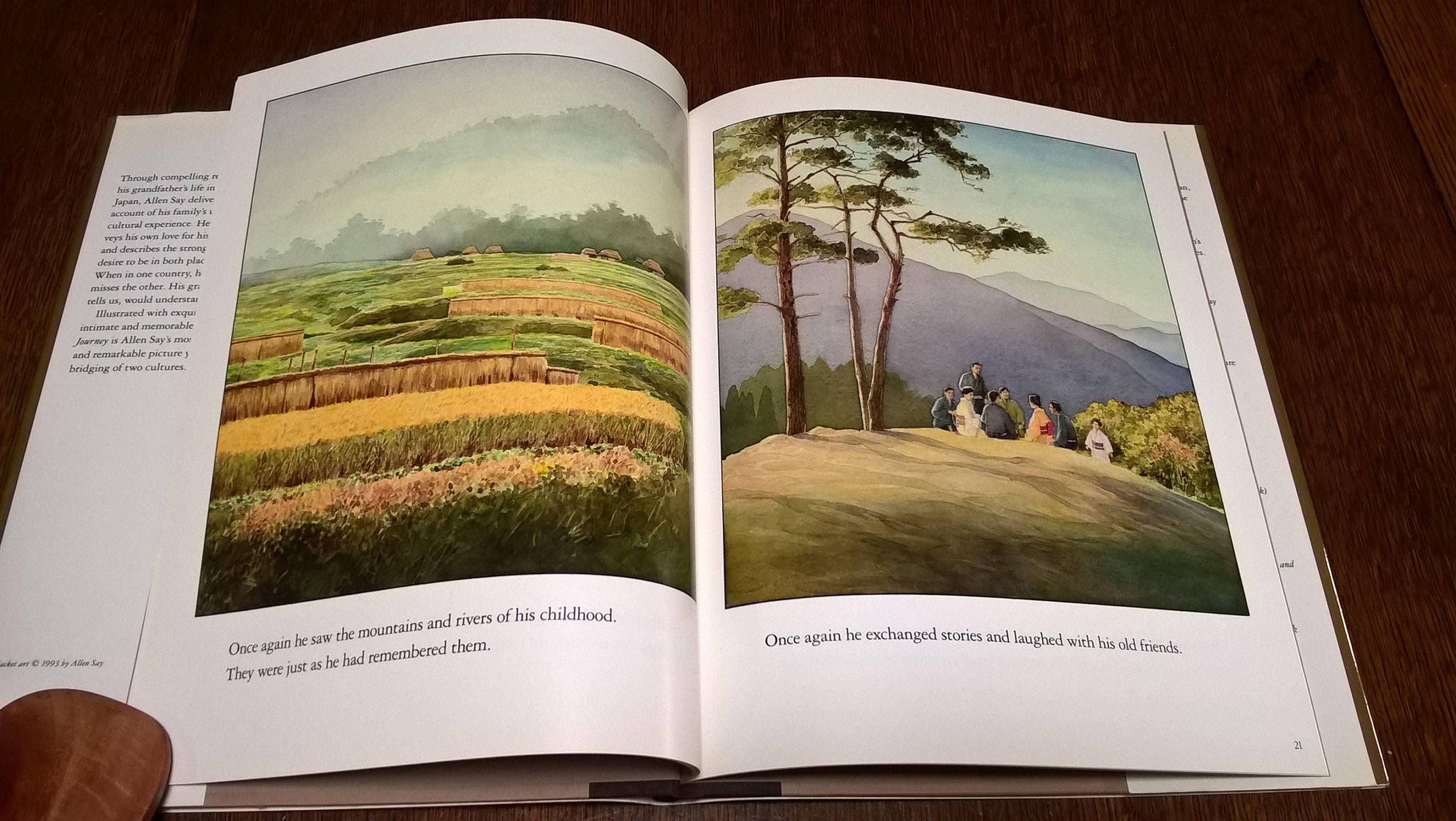 Grandfather's Journey by Allen Say: The author tells the story of his grandfather's journey to America, his love for California, and his return to Japan at the start of WWII, never to return.

This true first edition predates the Caldecott Medal awarded in 1994 by the Association for Library Service to Children:

"Grandfather's Journey eloquently portrays a Japanese immigrant's travels to a new land. Exquisite watercolors portray vast landscapes along with intimate family portraits that communicate hope, dignity, sadness, and love. Say powerfully connects the personal and the universal to create a rare harmony of longing and belonging."

This is Allen Say's autobiographical story of his grandfather's journey from Japan to America in the 1930s and his experience traveling across the country, through deserts, down rivers, over mountains, and across the Great Plains.

"My grandfather was a young man when he left his home in Japan and went to see the world.

"He wore European clothes for the first time and began his journey on a steamship. The Pacific Ocean astonished him."

He fell in love with California and returned to Japan to marry his childhood sweetheart and bring her back to America to settle in San Francisco. As the years past, and their daughter reached adulthood, he became homesick for Japan and he planned a trip to Japan to visit family and friends. While there, their daughter married and they had a son, Allen. Allen and his parent would not return to America until after WW II, and his grandfather never returned.

Say lives in Portland and continues to write and paint:
Oregonlive.com/books/index.ssf/2010/11/portland_author_and_artist_all.html

Other books by Allen Say:

Condition*: Fine/Very Good. The front of the dust jacket has a small cut, and a barely-visible wrinkle in the paper's coating.