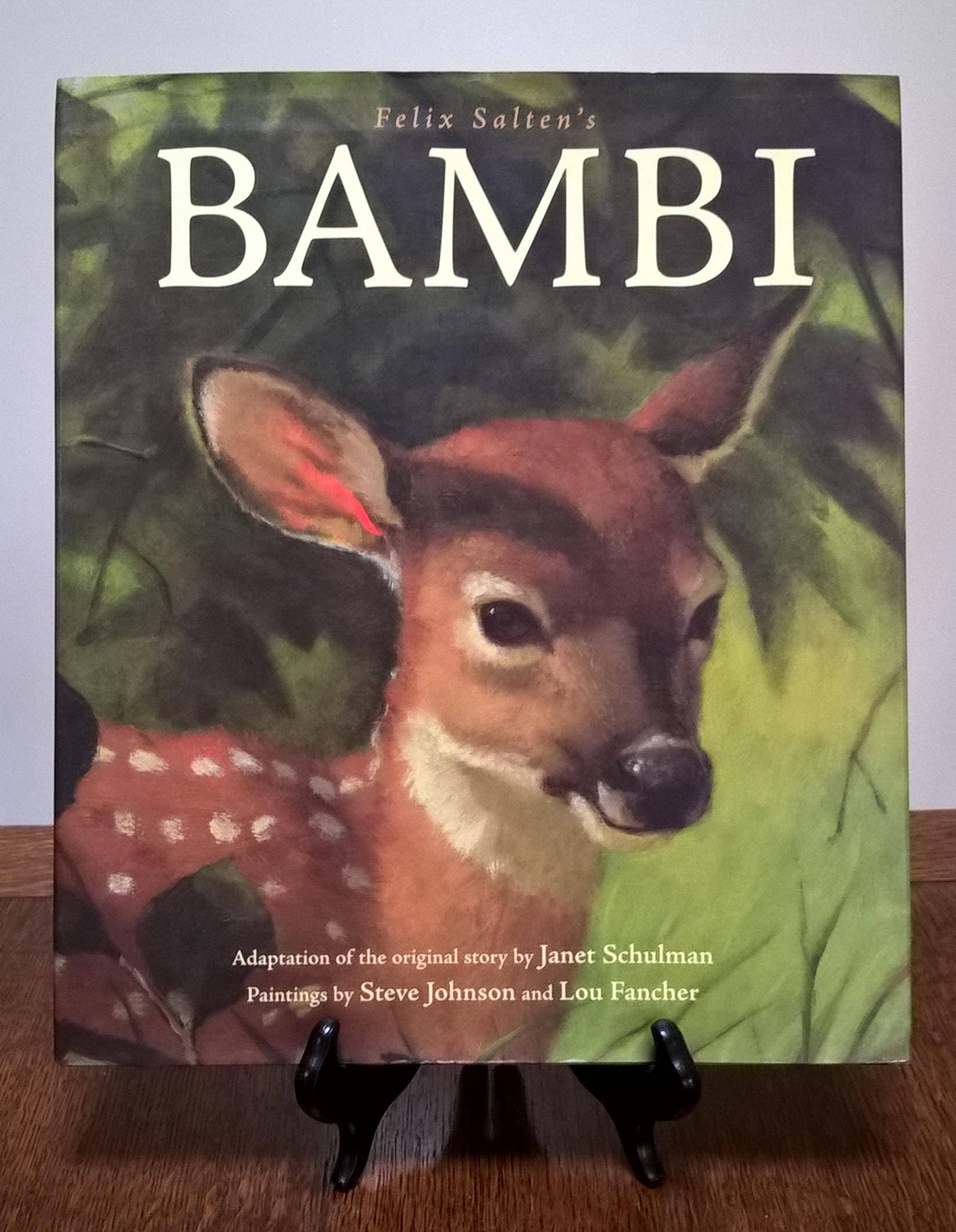 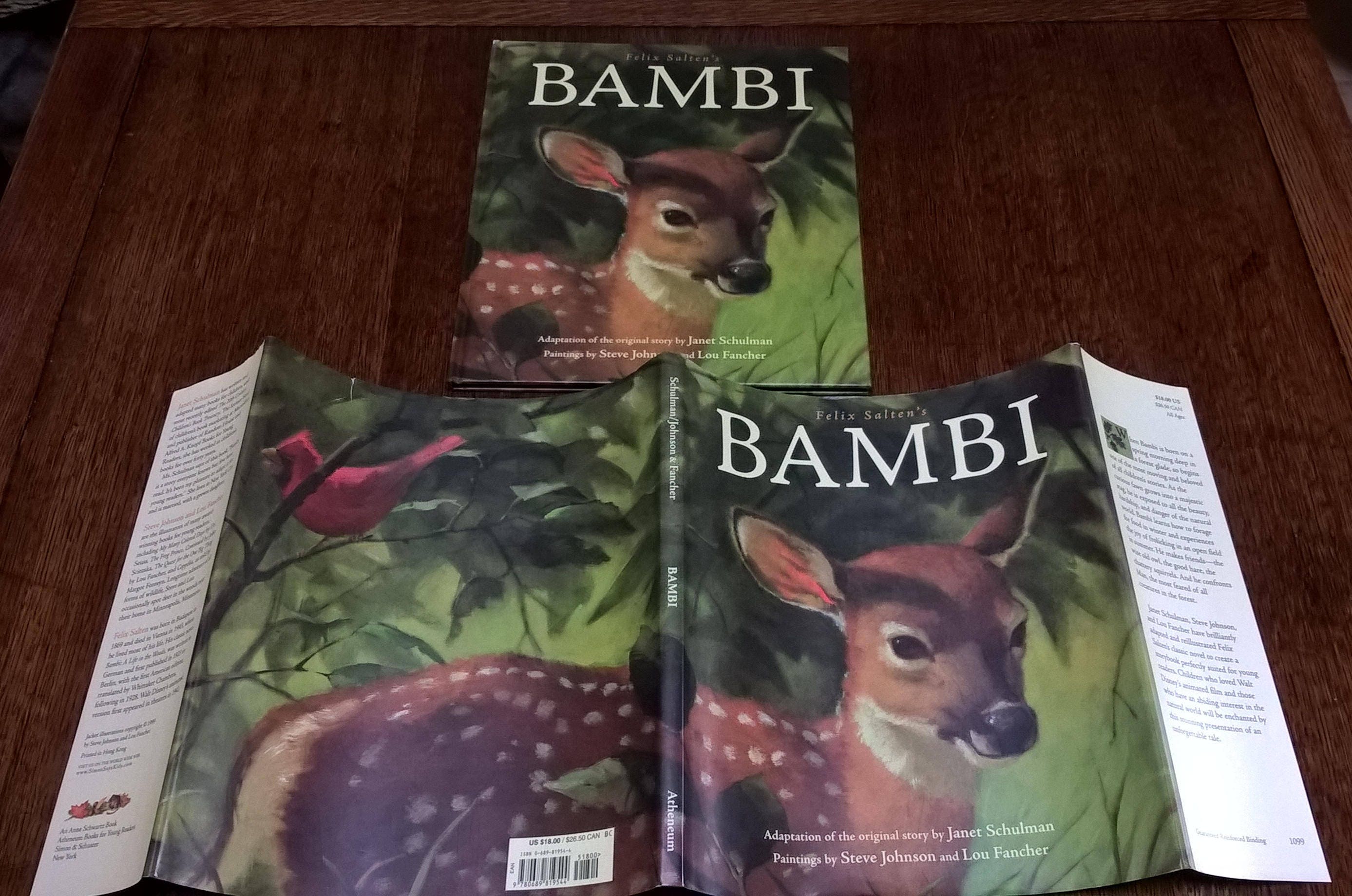 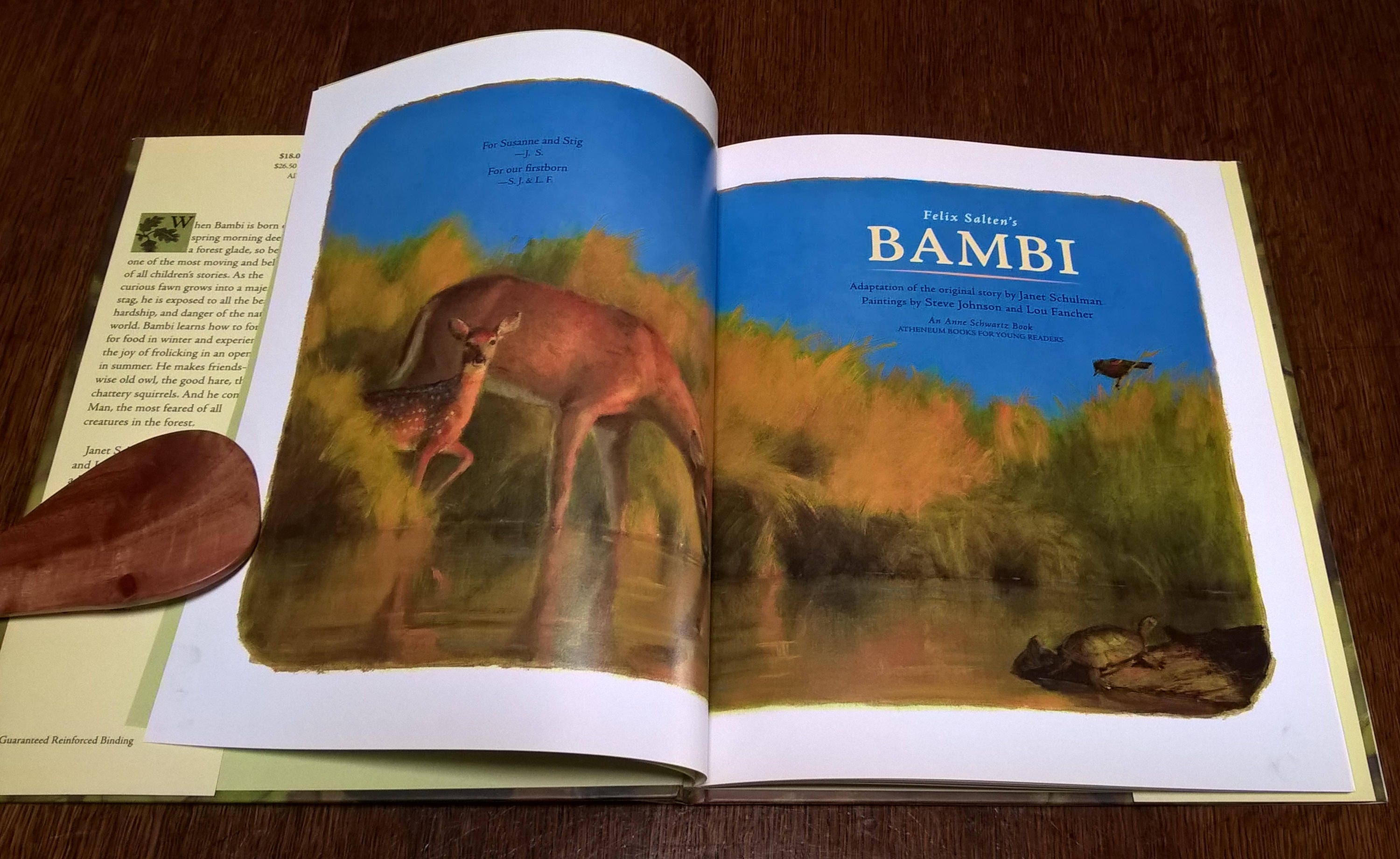 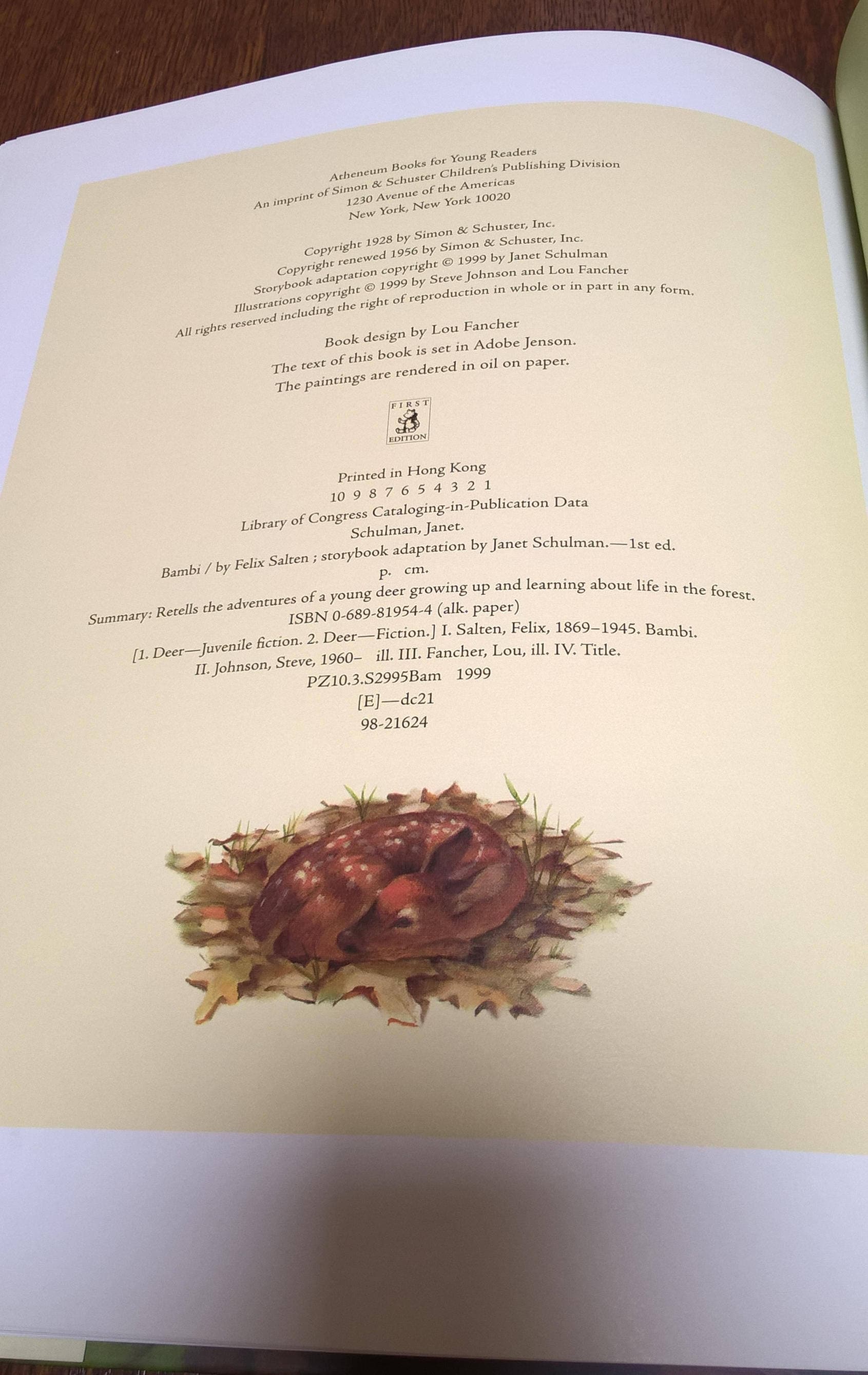 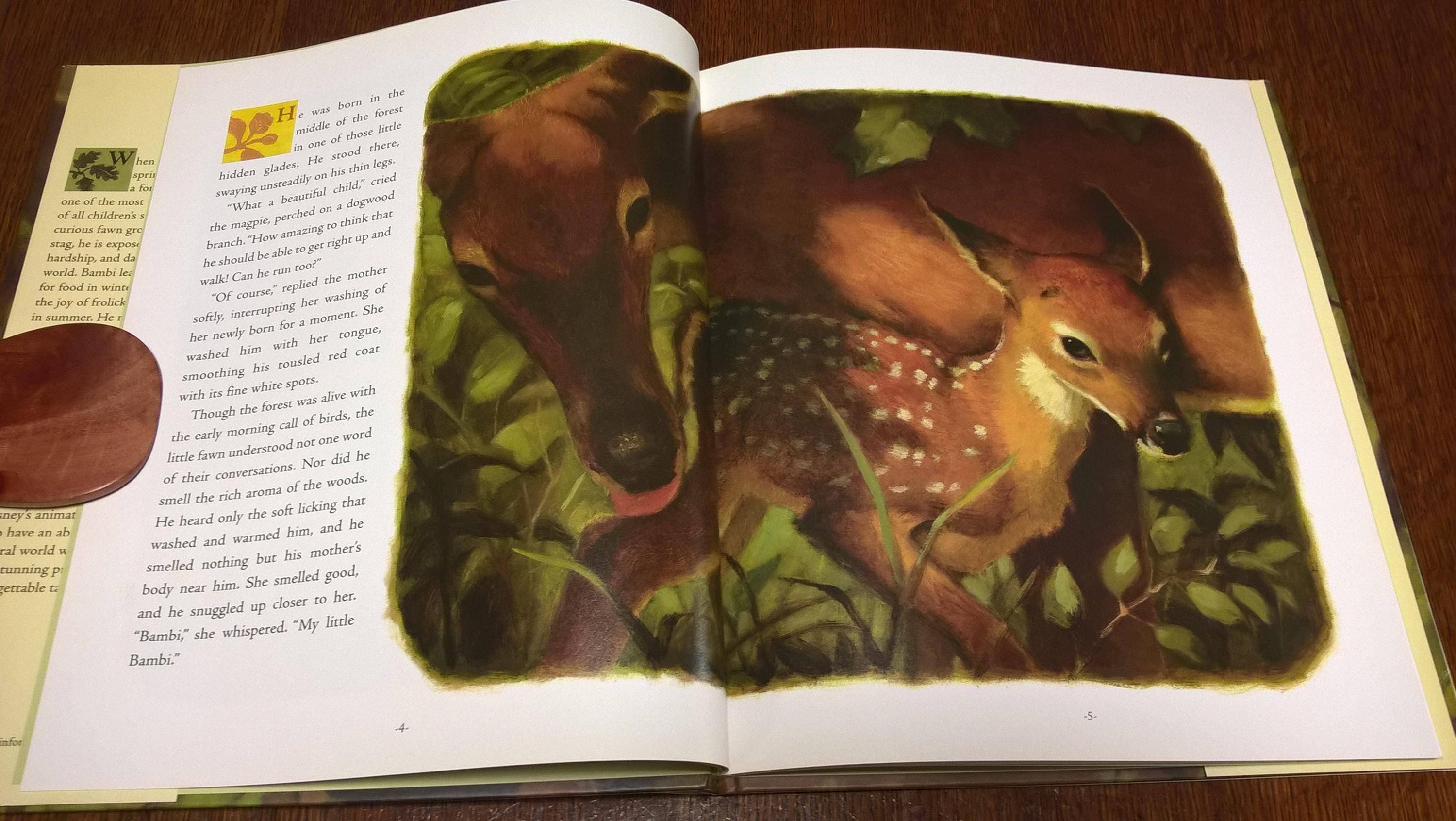 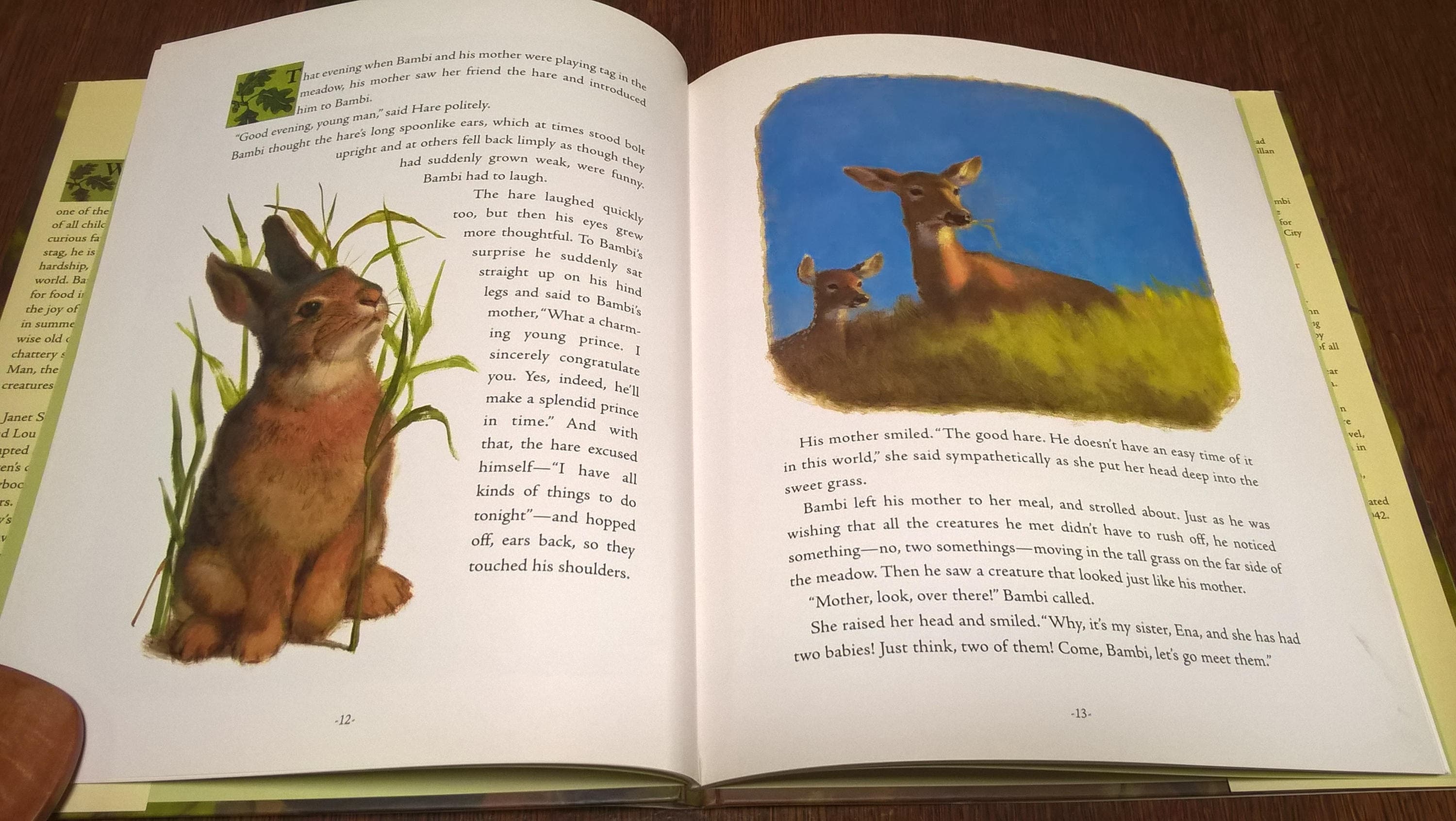 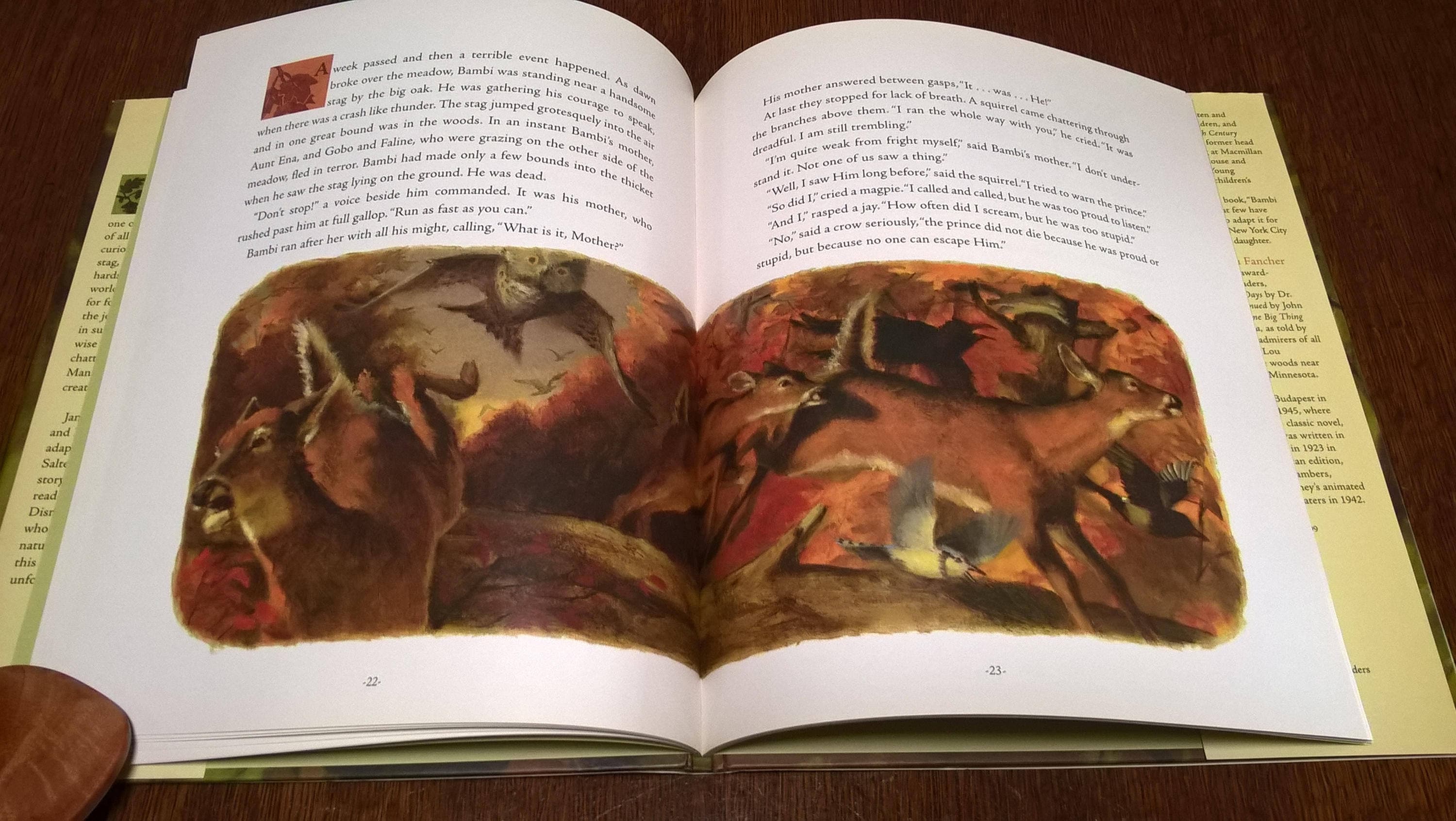 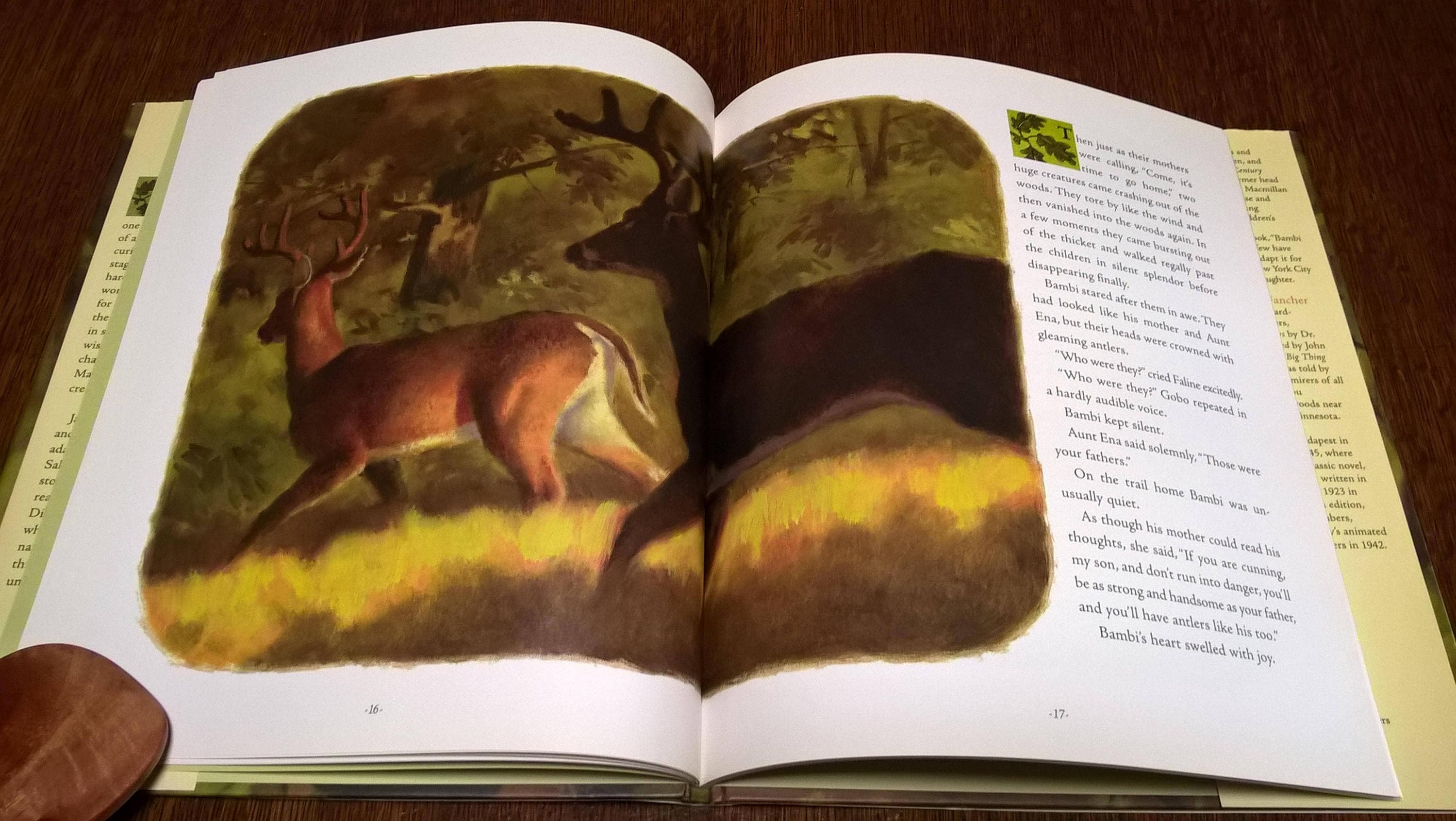 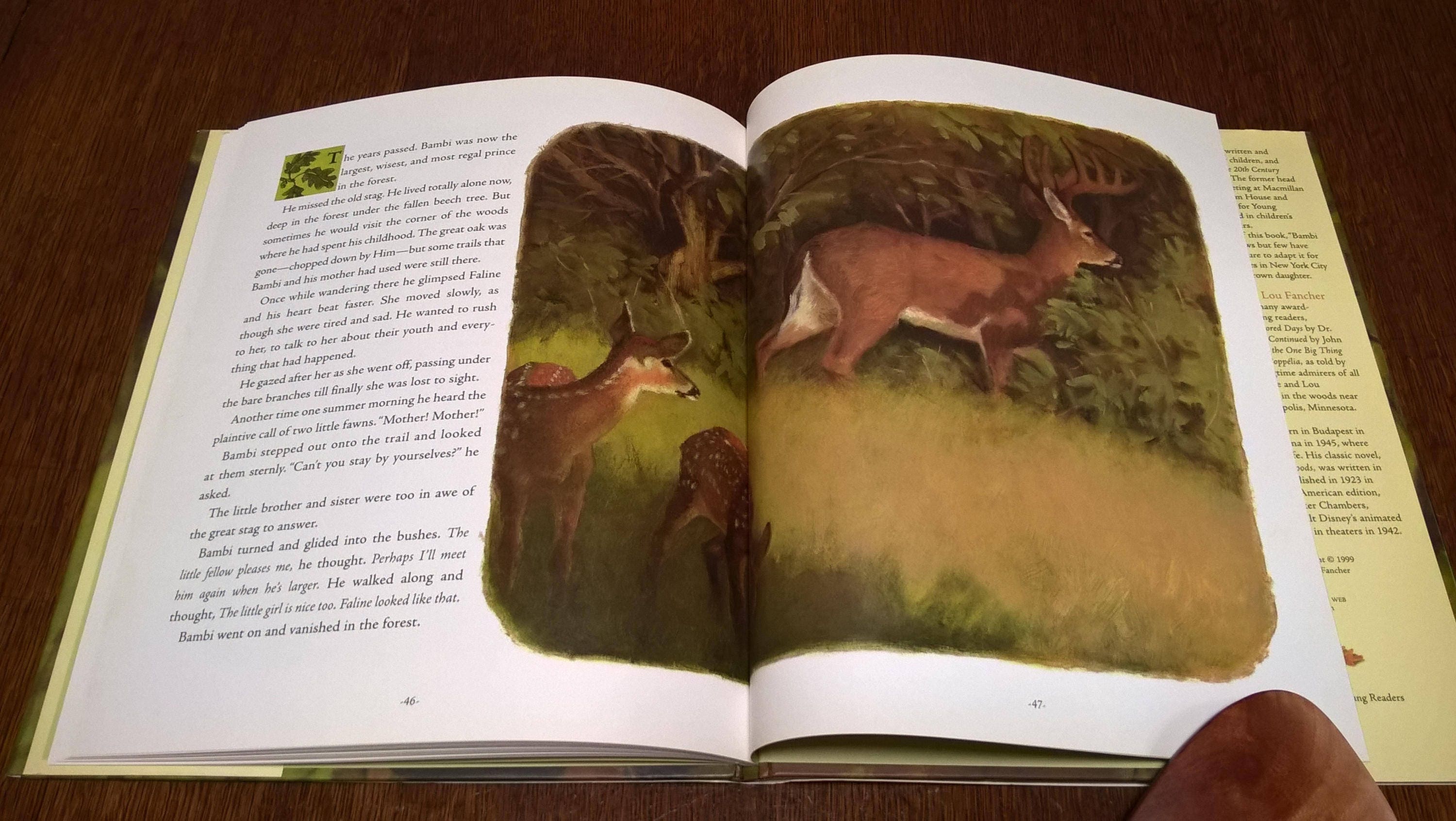 Stated first edition thus of Bambi: A Life In The Woods, Felix Salten's classic story of a young deer that loses its mother to hunters and finds his way to adulthood and maturity.

If I were a child, this is the Bambi that I would remember and save, and the one that would inspire me to read Felix Salten's original story.

Janet Schulman, a children's book author and publisher of 40 years, writes in the preface:

"My older sister took me to see Walt Disney's animated film Bambi in 1942 when it was first shown, and I laughed and cried and was dazzled by it as every child is. But it was not until I was grown-up that I discovered the book by Felix Salten...

The original book carried the subtitle A Life In The Woods, and it was perhaps the first ecological novel. Salten wrote with the heart of a poet, and though he gave voices to the animals and even leaves on the trees, he was true to nature, true to animal behavior. He presents not only the beauty of the natural world but its harshness as well...

In writing my storybook adaptation I have used for the most part the actual sentences of Salten's lyrical prose and have tried to retain his spirit and purpose..."

Felix Salten, born in 1865 in Pest, Hungary, son of a Jewish rabbi, lived in Austria until 1938. Hitler had banned his books in 1936 but Salten and his wife finally fled to Zurich after the Nazis annexed Austria two years later. He died in 1945.

Illustrators Steve Johnson and Lou Fancher have collaborated on over 45 books, "using an unusual approach wherein both artists conceive, draw, design, and paint."

"Steve Johnson and Lou Fancher's luminous paintings capture, by turns, the radiance of Bambi's forest world, its beauty, terror and stillness, as the seasons pass and Bambi grows into princely maturity."

Condition*: Near Fine/Near Fine. The cover has a small bump on the bottom edge. The dust jacket has a small closed tear on the back.