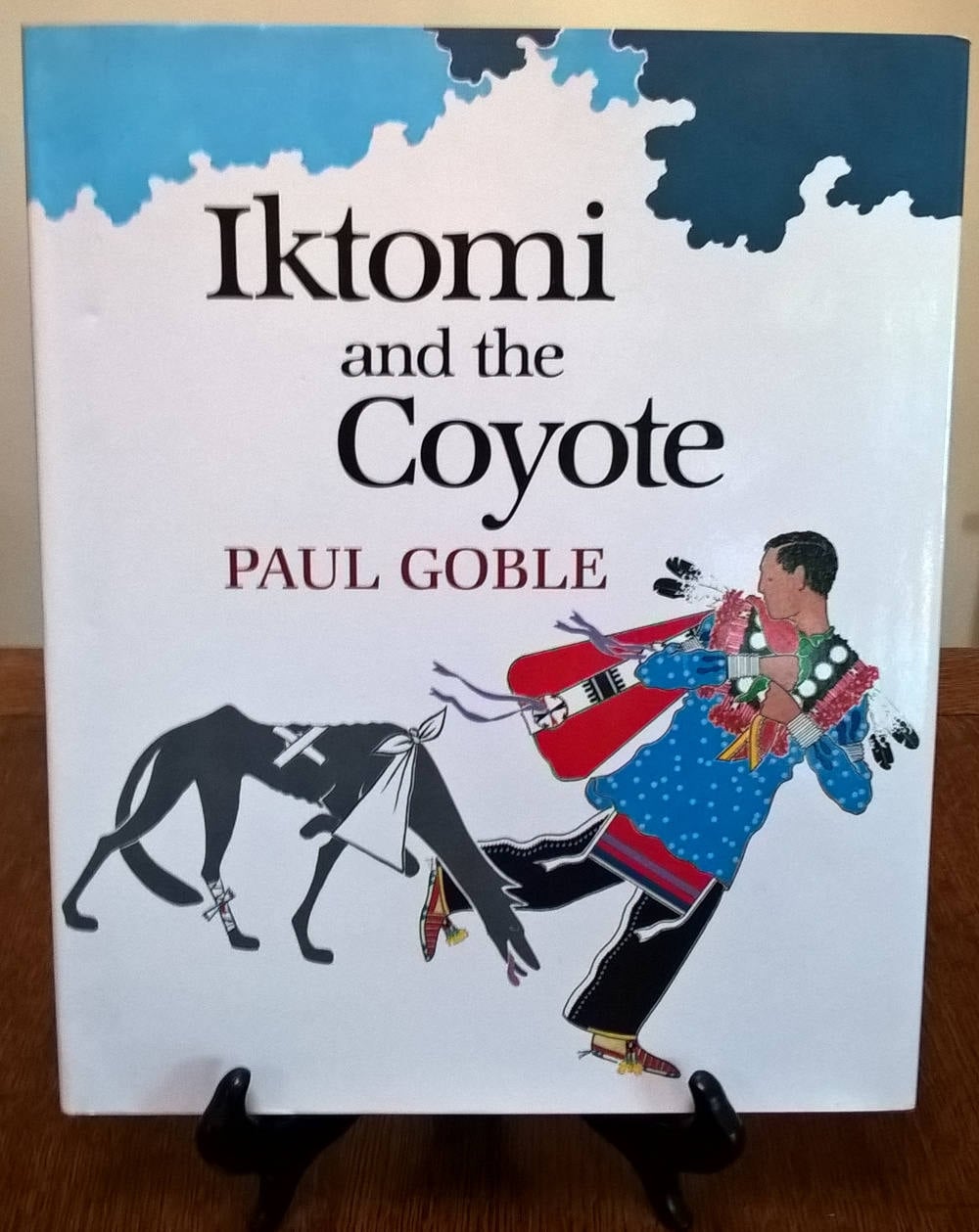 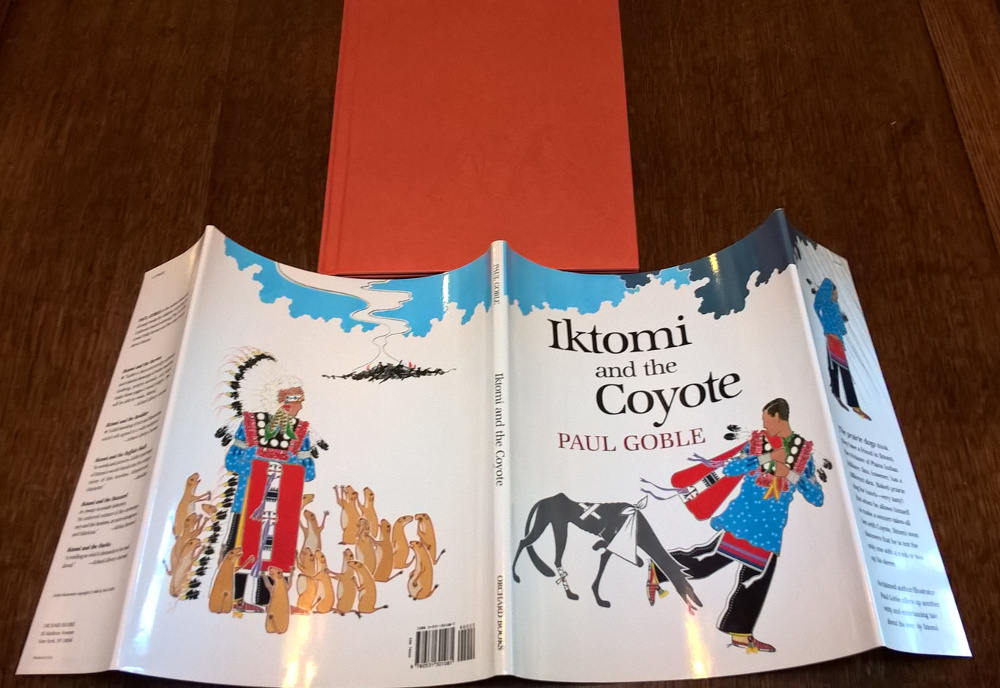 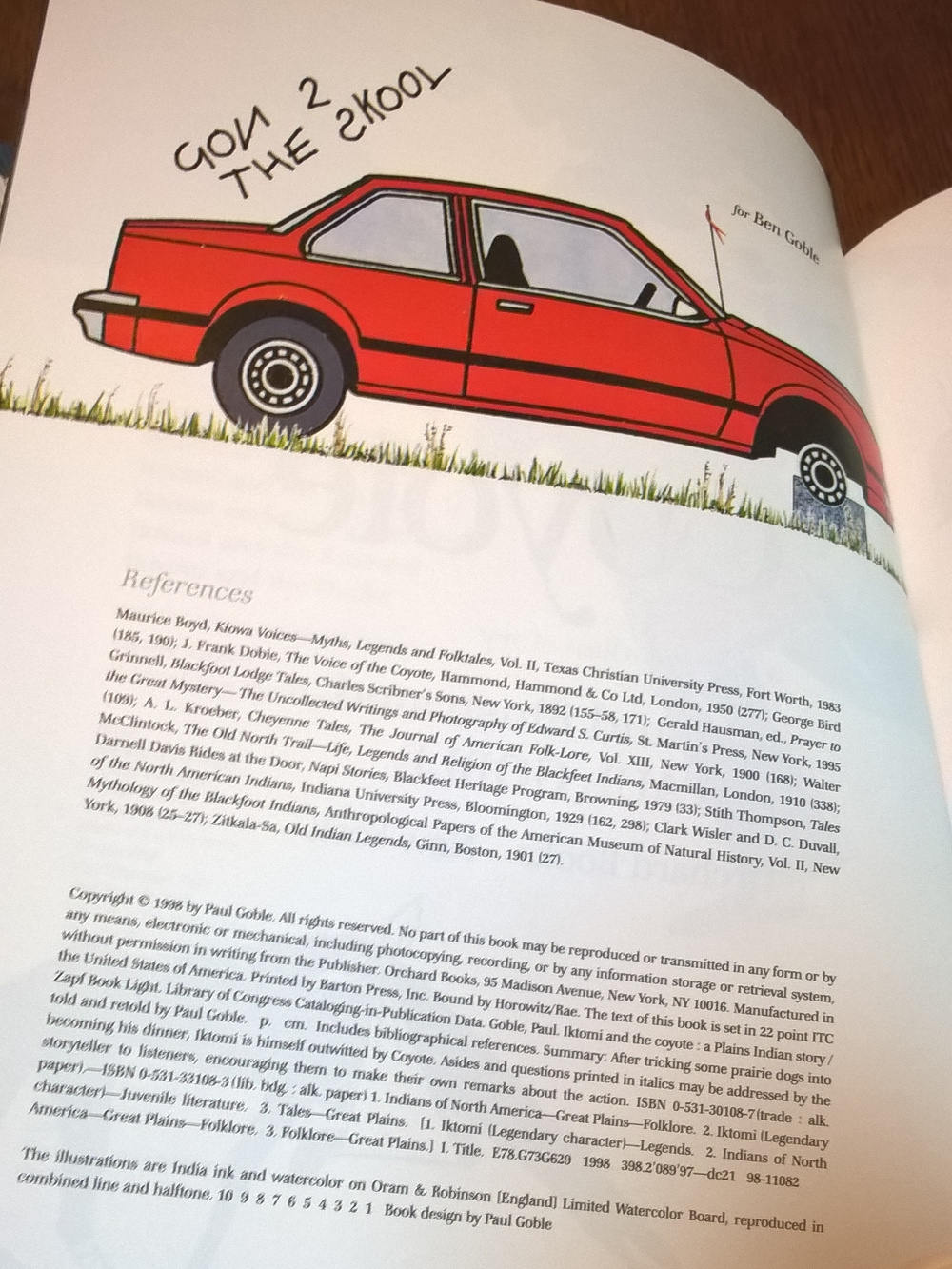 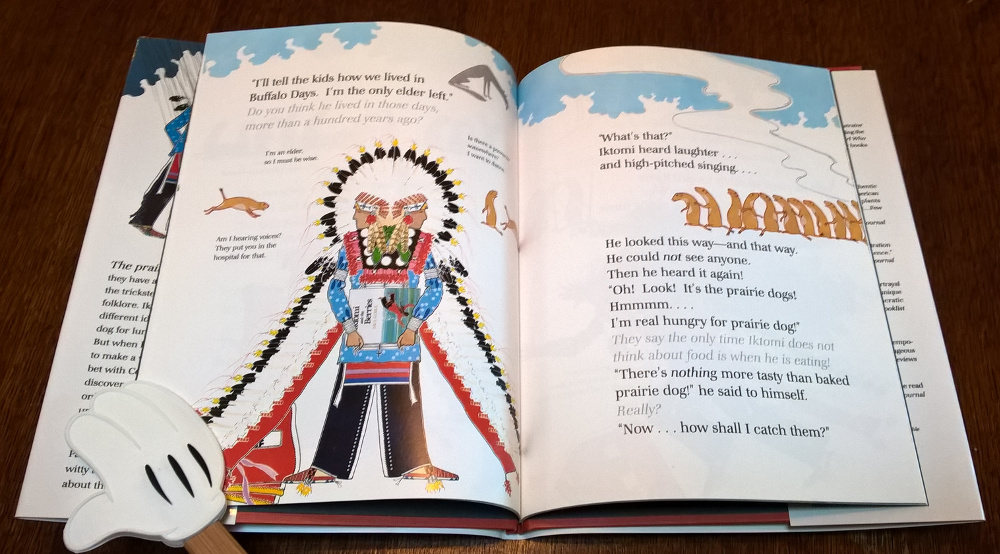 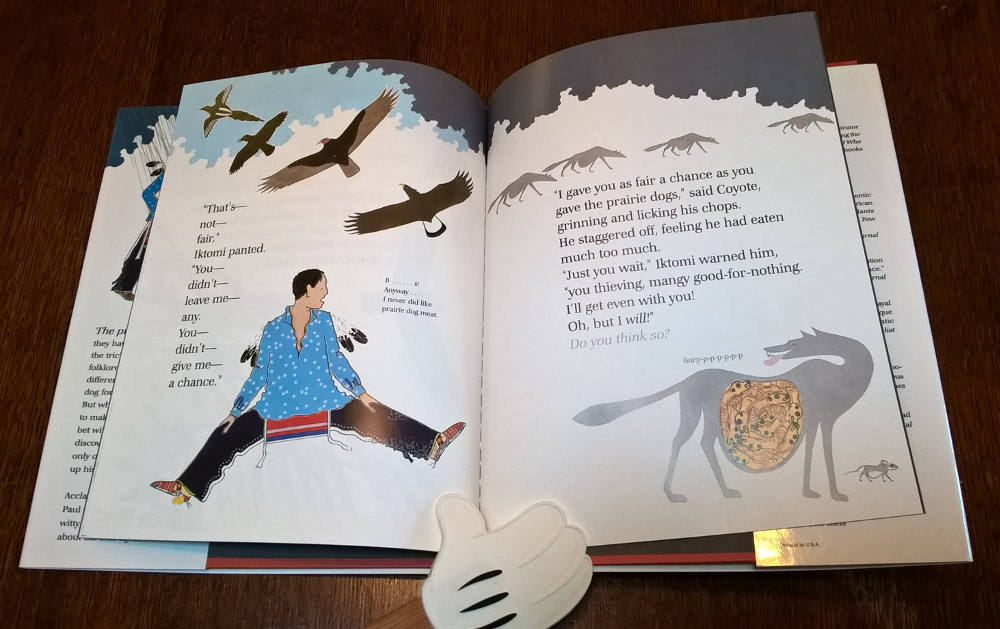 First edition of Iktomi and the Coyote by Paul Goble: Iktomi the Trickster has plans for his tasty-looking prairie dog 'friends' until he makes a bad bet with Coyote.

Iktomi lets the prairie dogs believe he's their friend as he prepares to turn them into a tasty meal, until he makes a winner-take-all bet with Coyote, who is also very tricky.

Goble, a native of England and naturalized American citizen, admired and studied the history and culture of the Plains Indians. His writing and artwork are appreciated for attention to detail in Native dress, traditions, and stories. He received many book awards, including the Caldecott Medal for The Girl Who Loved Wild Horses, and the Library of Congress Book of The Year for Star Boy.

Goble prefaces Iktomi and The Coyote by telling about the Trickster in Native American cultures. In Lakota, Trickster's name is Iktomi. "He is a man with spiderlike traits, clever but untrustworthy... In Buffalo Days, Iktomi was a mirror of human nature with its range of infinite possibilities, from the divine to degredation."

He also explains where he heard the story of Iktomi and Coyote:

"Nearly forty years ago, as I was sitting with Edgar Red Cloud, Lakota, in the shade of cottonwood trees at the powwow ground in Pine Ridge, South Dakota, Edgar picked up a leaf and drew my attention to its shape. It had given Iktomi the idea for tipis, he said, and by folding the leaf Iktomi invented moccassins... 'He is rather a superman', Edgar said, 'Our people look to him. He has a life and ways that we still tell about today'. Then, with a twinkle in his eye, he recounted one of the funny stories about Iktomi the Trickster!"