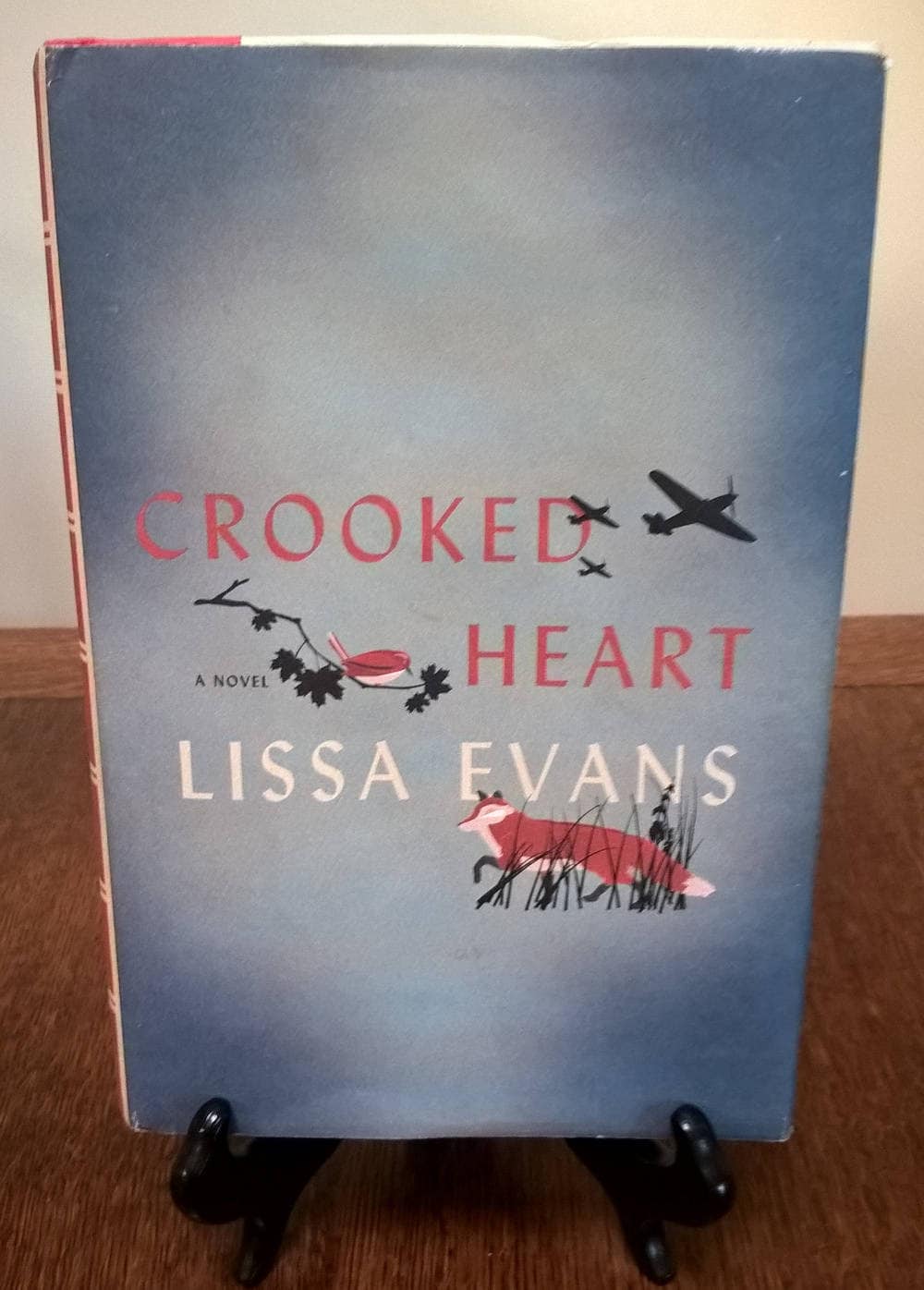 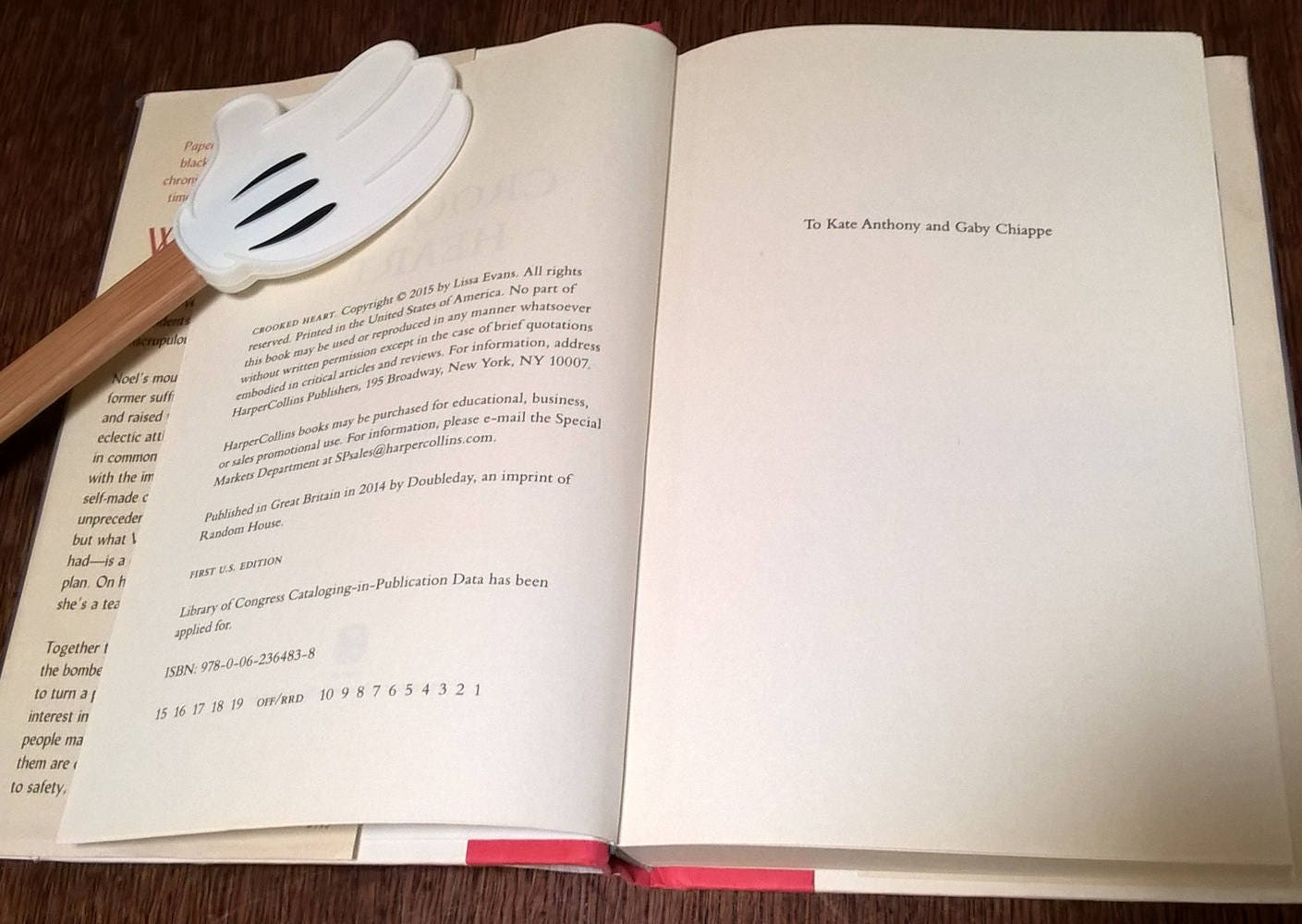 First U.S. edition of Crooked Heart by Lissa Evans. It's London during The Blitz and 10 year-old Noel is sheltered with a 30-something widow with a big, if crooked heart.

"It is London, 1939. Noel Bostock — solemn, bookish and gimpy, 9 years old and about to turn 10 — lives with his godmother, Mattie, an eccentric former suffragette who feeds Noel’s intellect the way others would feed him porridge. Unfortunately, as she sinks further into dementia, she’s forgetting to give him actual sustenance. Noel is left as caretaker and protector of a woman who scoffs at the idea that bombs are about to blanket London and sees no point in evacuating her home near Hampstead Heath."

When disaster inevitably strikes, "Noel is reluctantly taken in by Vee Sedge, whose beneficence is greatly aided by the modest government stipend she’ll receive for ­Noel’s care. The 36-year-old widow has been hardened by a life of scrimping: “She had sharp, worried features and she kept moving her head around, keeping a watch on everything, like a magpie hanging around a picnic.” She’s one of those unlucky women whose schemes for riches, checked by a conscience, end up going nowhere."

Condition*: Near fine/near fine. The front cover board has a minor bump on the top edge.