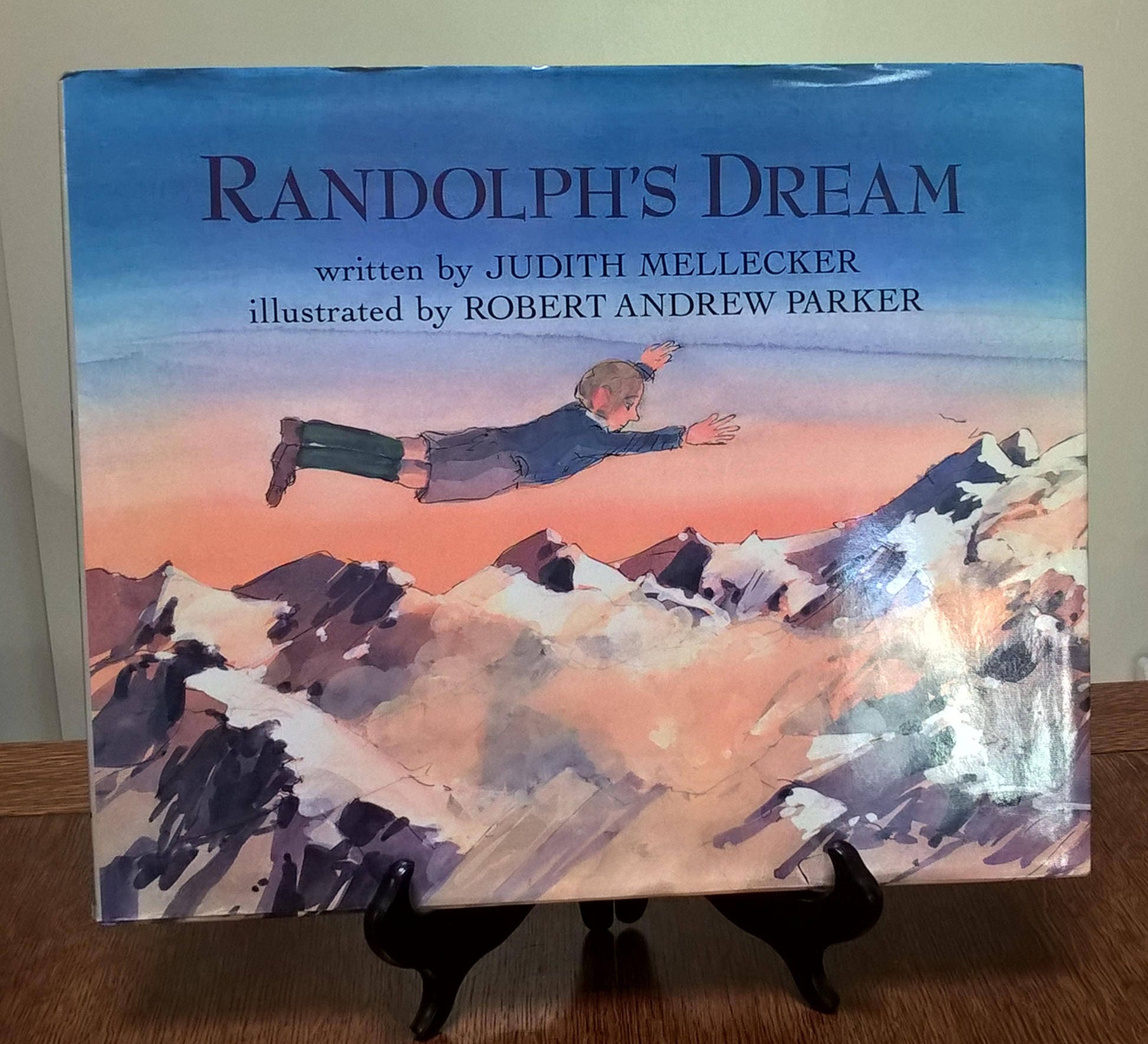 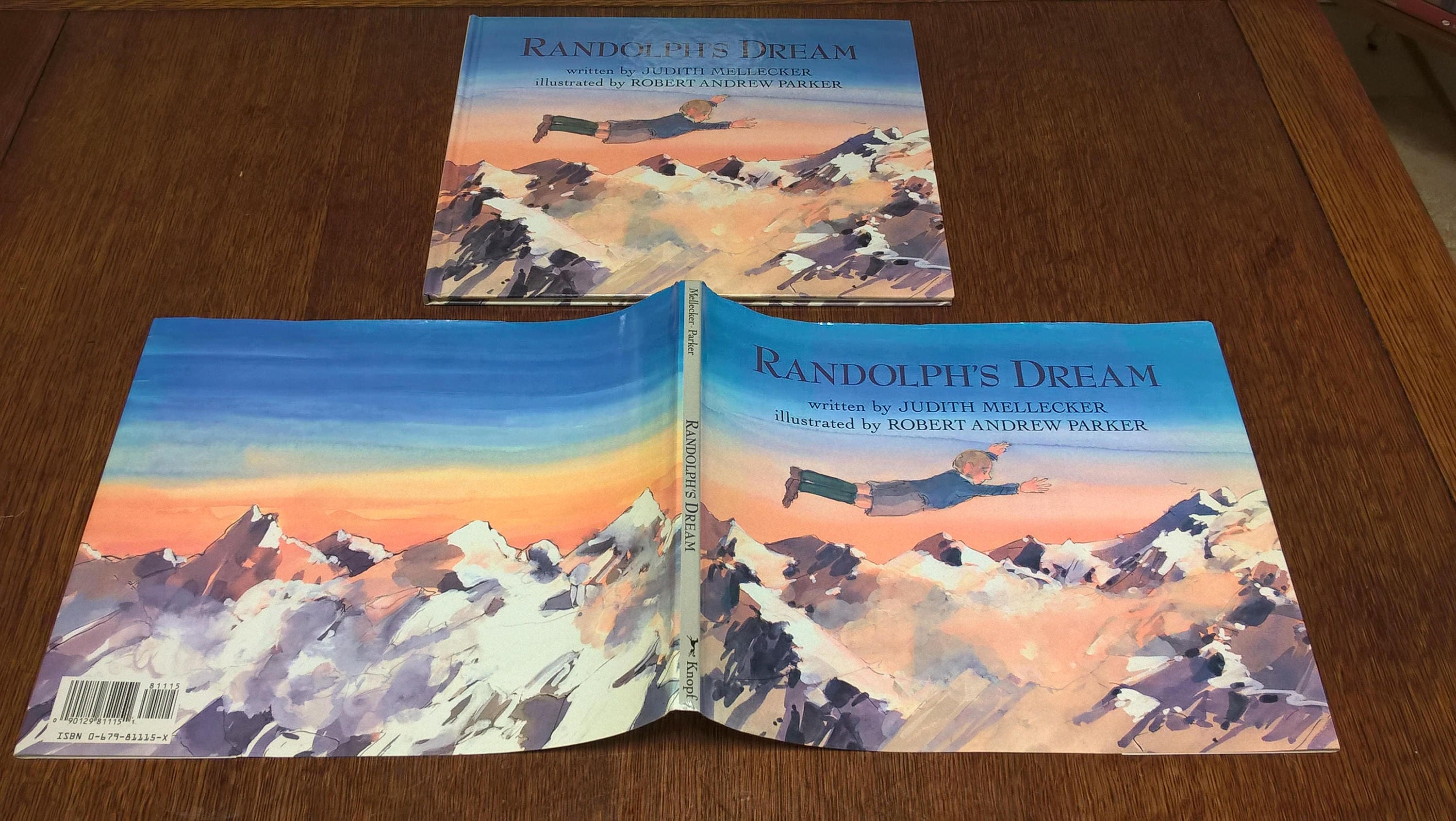 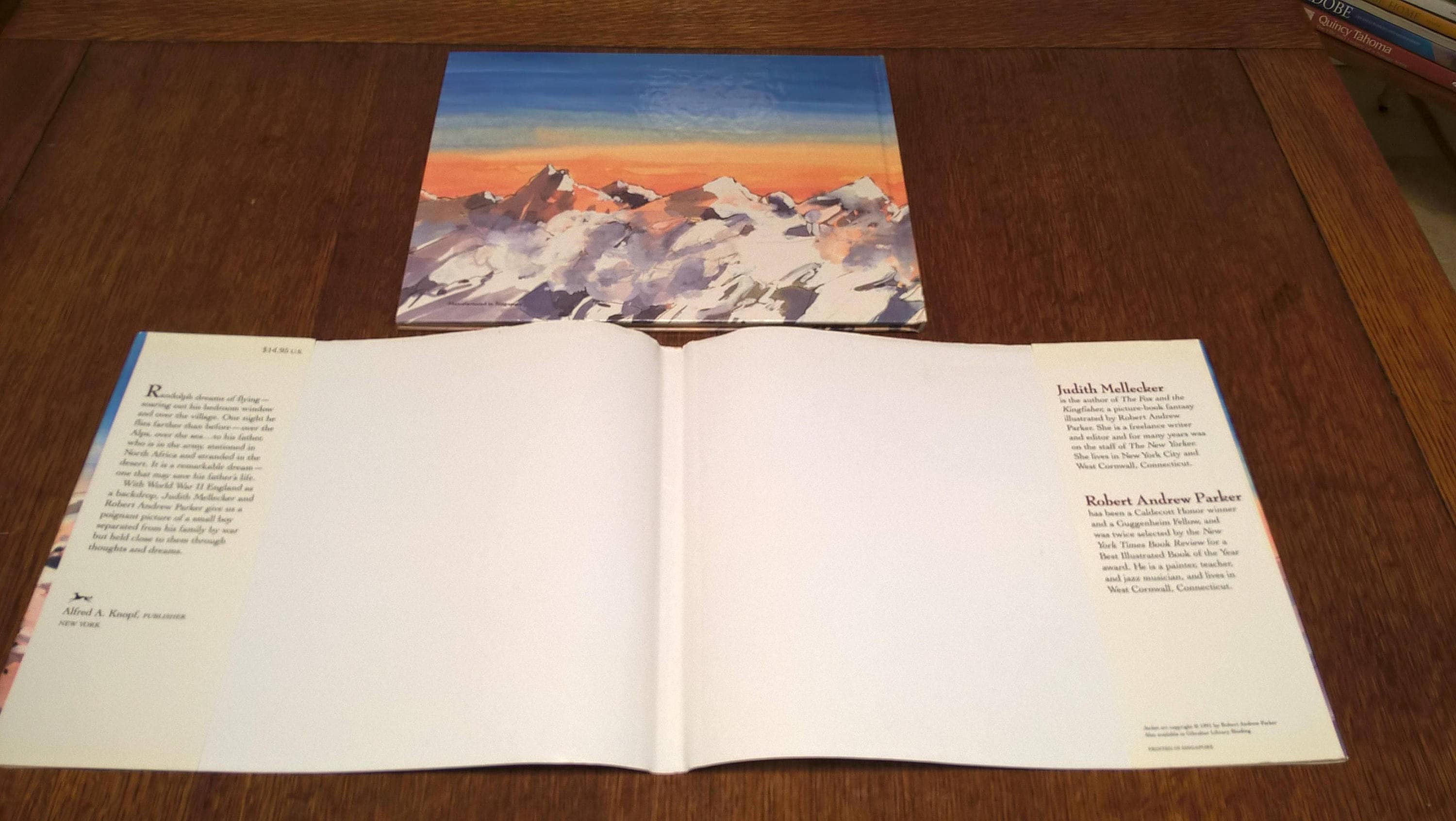 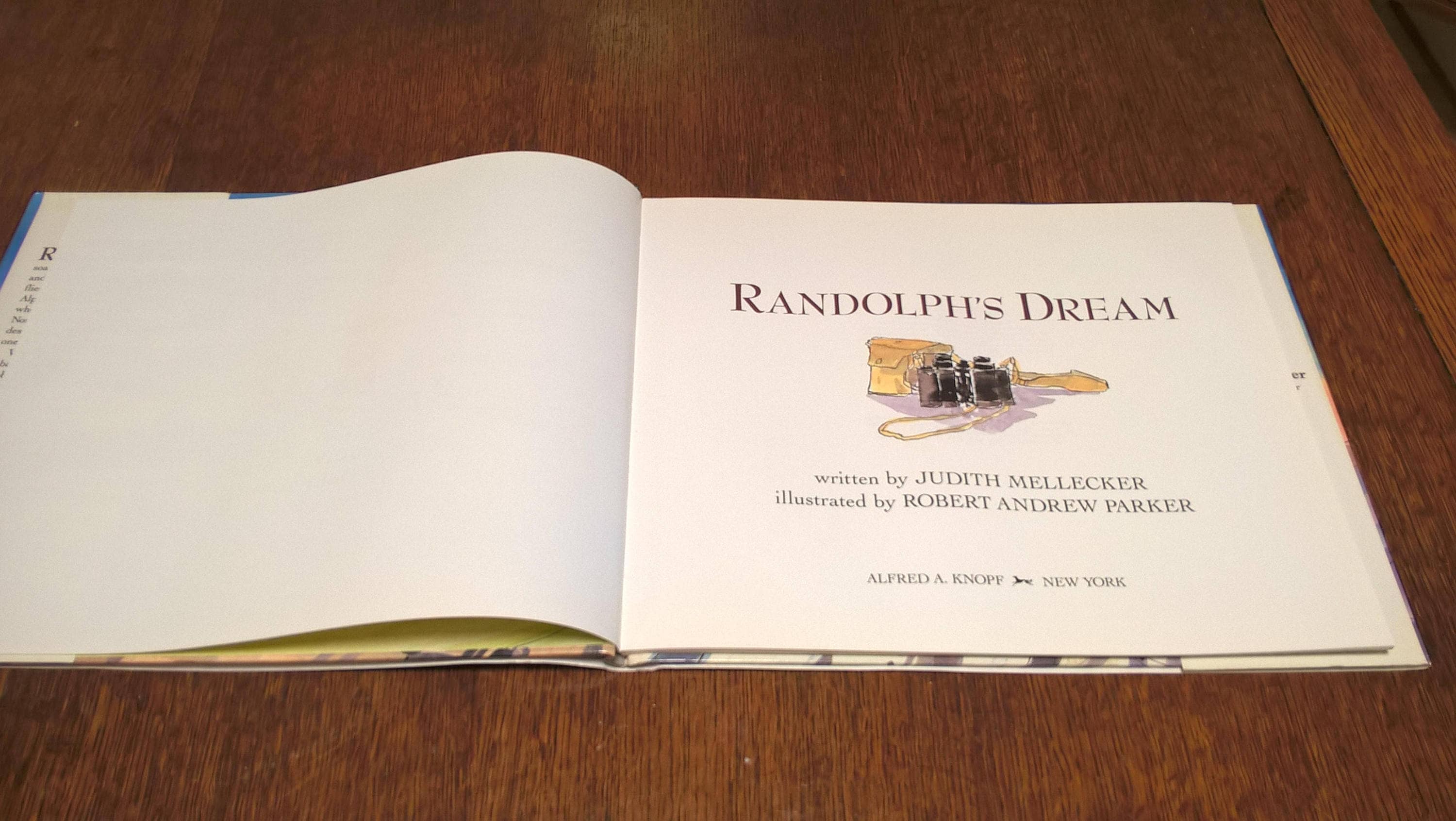 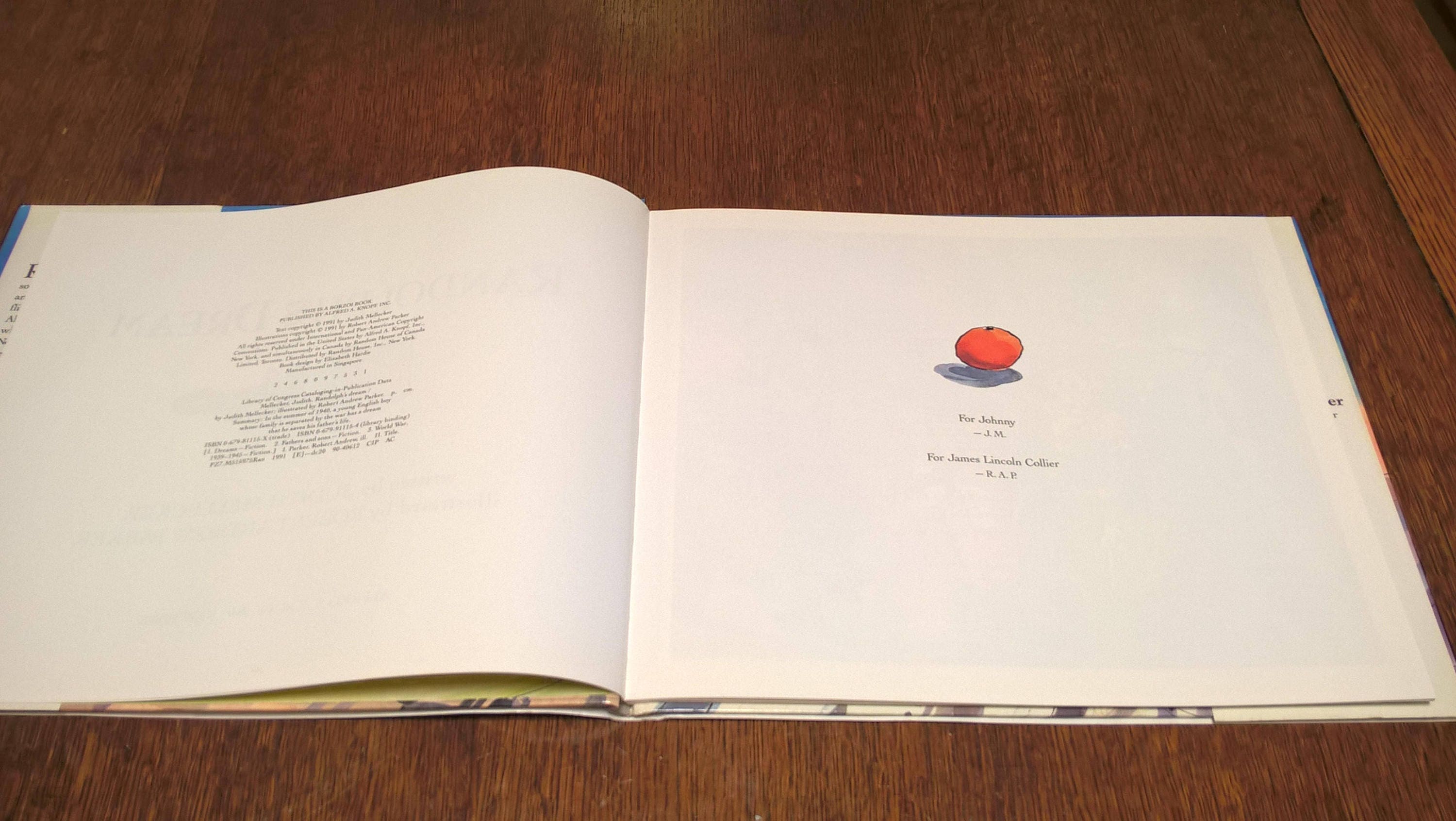 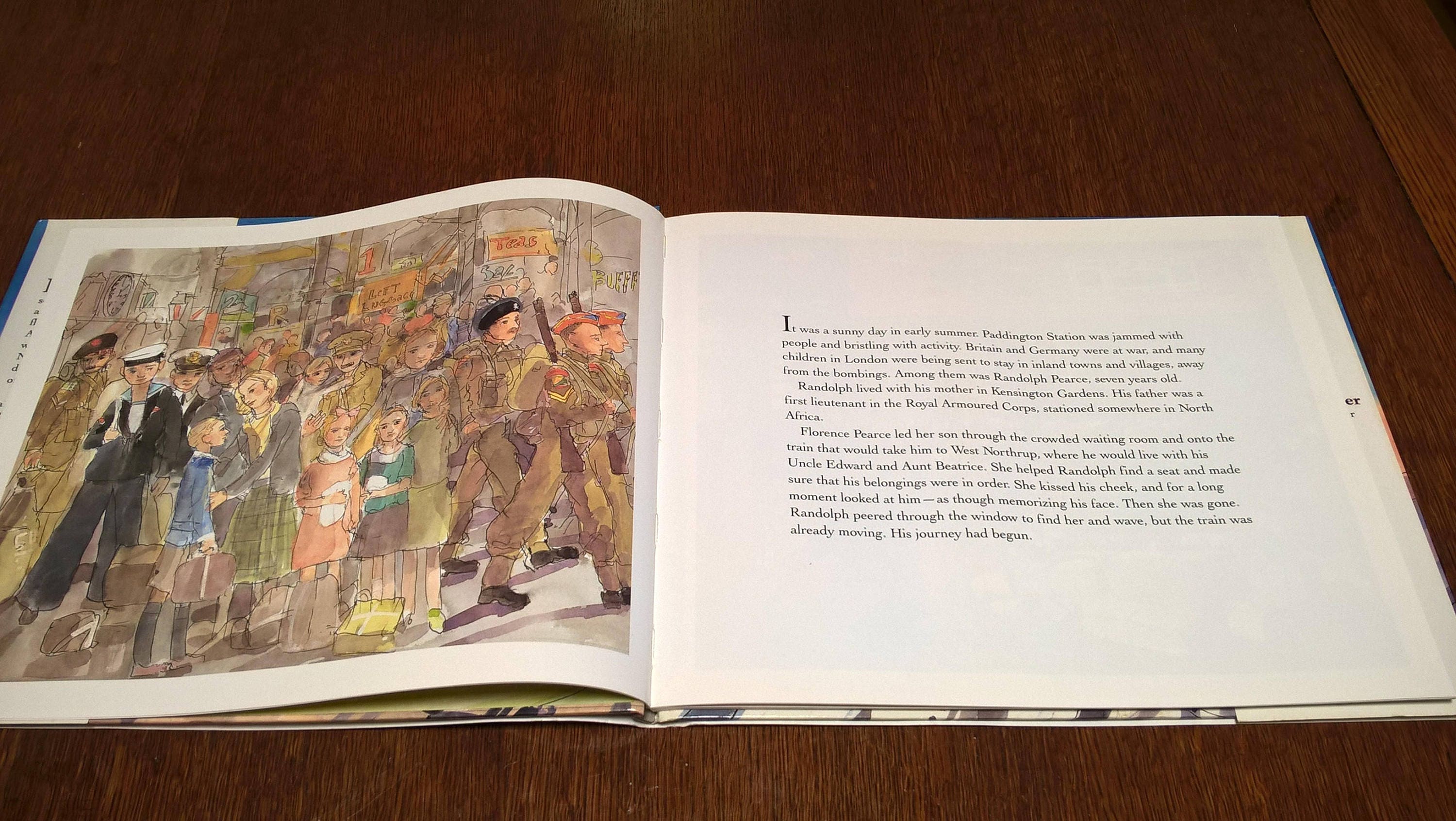 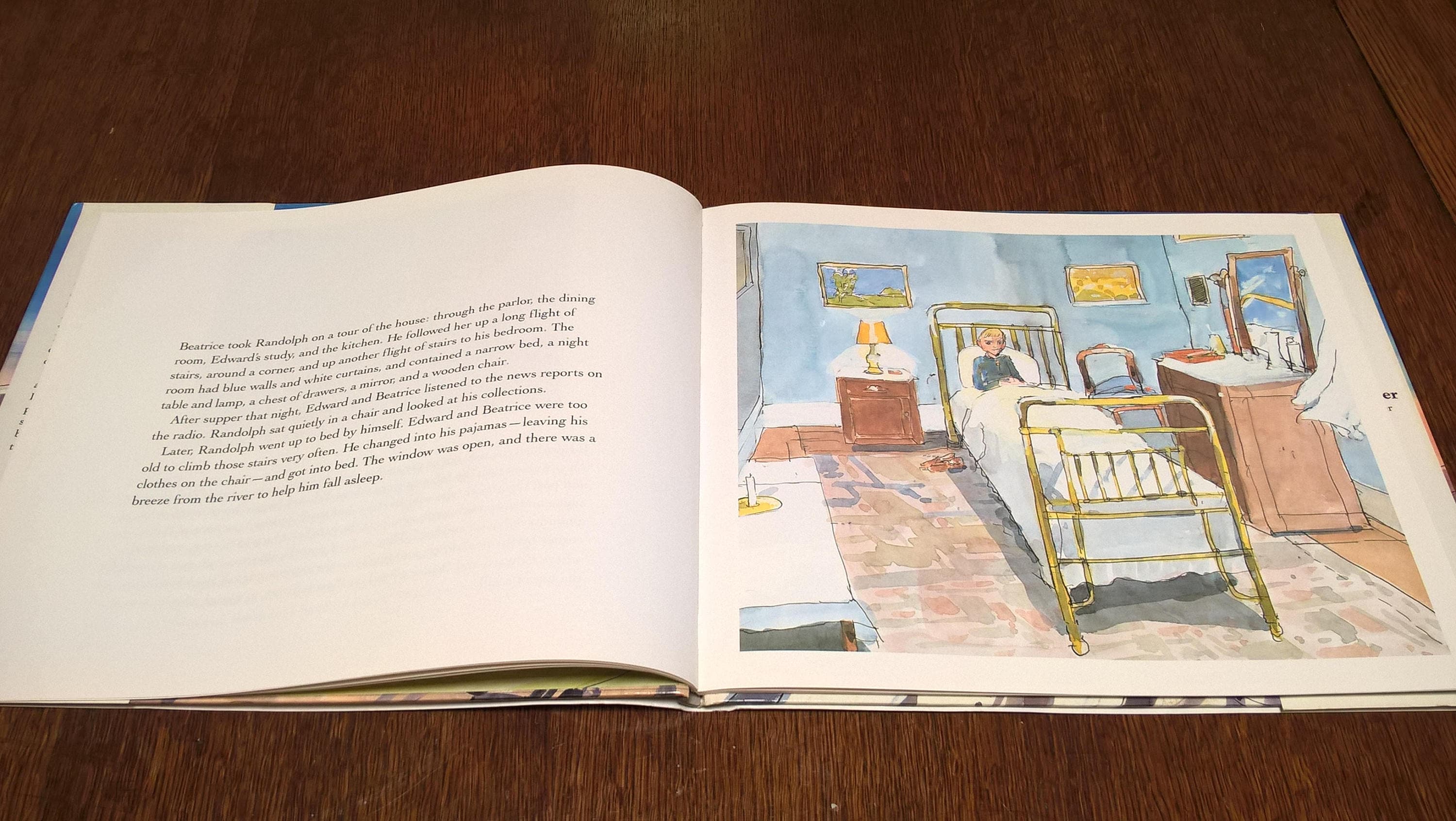 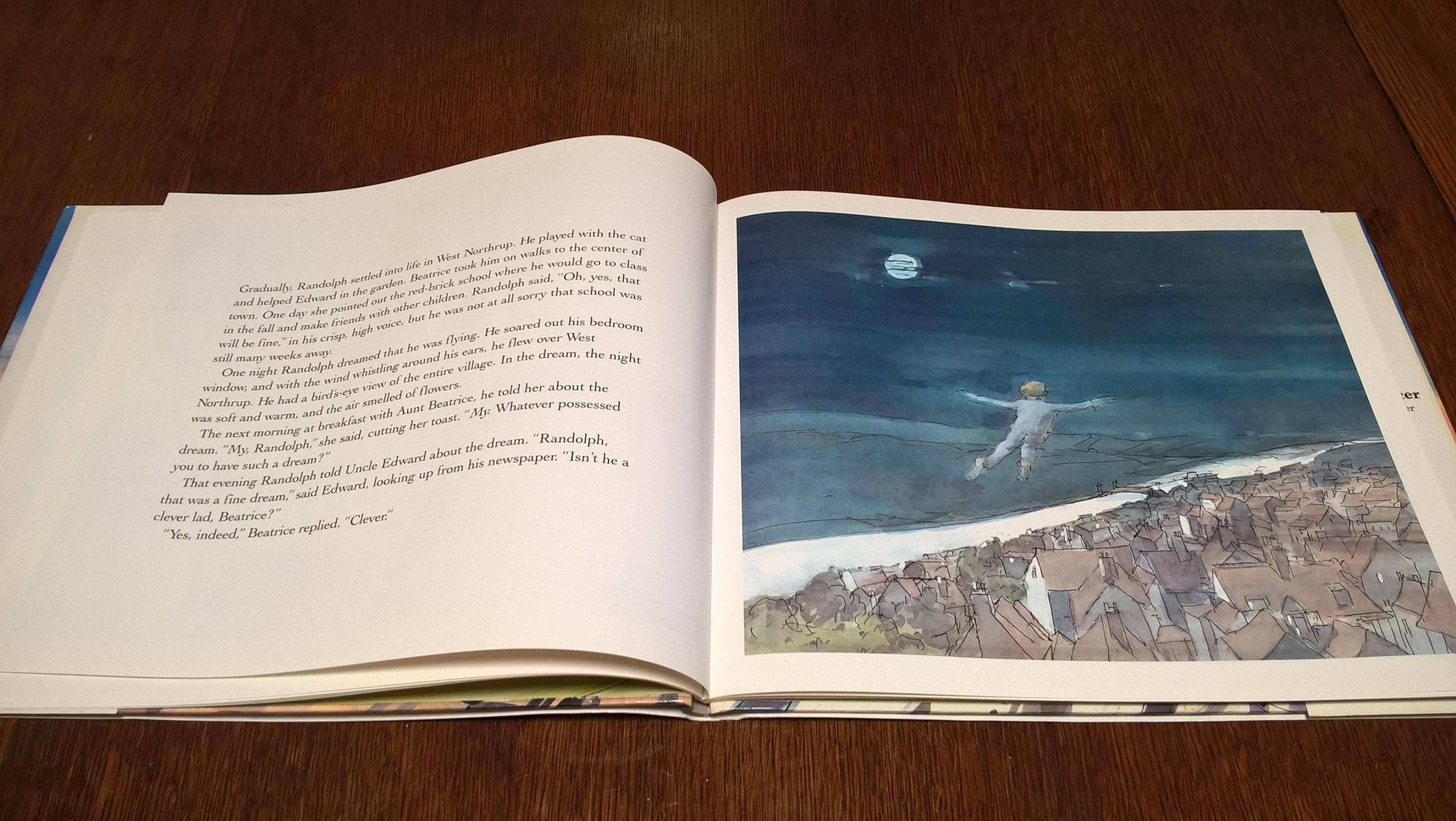 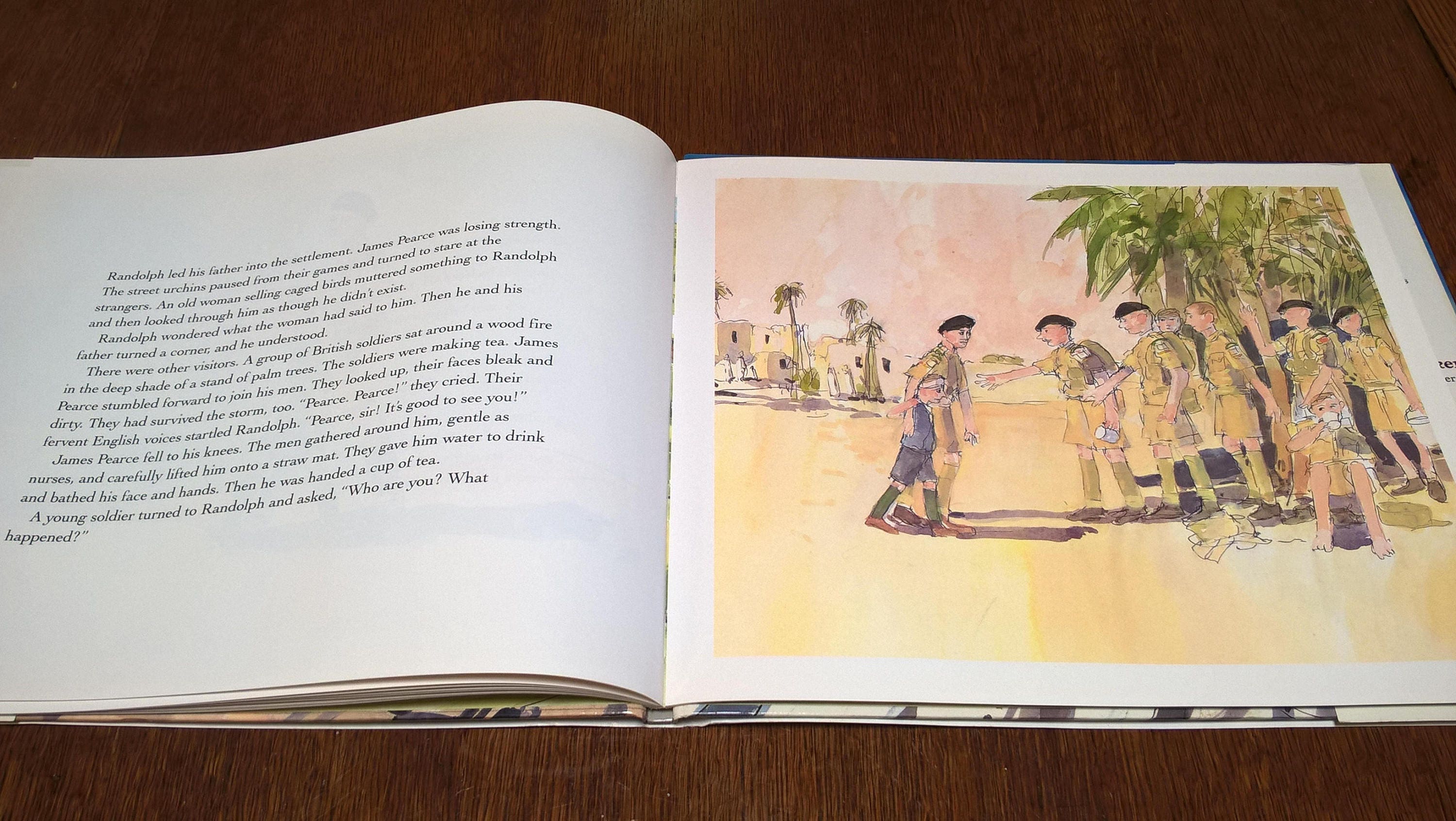 First edition of Randolph's Dream by Judith Mellecker. Randolph is sent from London to the country during The Blitz of WW II and in his dreams of flying he saves his soldier father.

When is the last time a children's book made you feel something?

Britain and Germany are at war, and London is enduring The Blitz. Randolph Pearce's father is somewhere in North Africa, fighting with the Royal Armoured Corps, and his mother must make a difficult choice. Children are being sent to the countryside to escape the bombing, and she sends Randolph to live with an Aunt and Uncle in West Northrup.

I'm easily drawn into this story, as an adult imagining the necessary heartache of hurrying one's child out of harm's way, as a child speeding away to an uncertain future. Something about Randolph's Dream evokes The Little Prince.

"As the train pulled out of the station, Randolph's heart was pounding in his chest. It had been hard enough to have his father gone. But to be without his mother was almost beyond imagining. Because he would not - could not - think about such a thing, he decided to open one of his packages. It contained his collections: fourteen dead moths, some pretty stones, a handful of foreign stamps, and a few maps. Randolph loved maps, with their details and odd names. He liked the fact that he could put his finger on the center of England and his thumb on the north coast of Africa; it made him feel closer to his father."

"The train rattled through the grimy outskirts of London and into the lush green landscape of the countryside. Though every seat in the compartment was occupied, Randolph talked to no one. And although the windows of the train looked out on many beautiful and interesting things for a city-raised child to wonder about - fields, farms, ruins of castles and forts - Randolph saw none of this. He looked at his collections and ate a sandwich. The hours passed."

Parker's painting for this scene is a picture of vulnerability: five children - four boys, including Randolph, and a girl - area seated on the train; their feet dangle above the floor, strewn with their packages; four are facing forward, staring off in different directions; the girl has her arm around a boy next to her; another boy is turned around with his face buried in the seat back.

Randolph's Aunt and Uncle are kind but his Aunt, in particular, is rather no-nonsense, particularly about his dreams of flying.

If ever you dreamed of flying as a child, you'll know how real Randolph's dreams are to him. But in his most powerful dream, he finds his father lost in the desert, separated from his company, weak and without water. Randolph leads his father to an oasis where he's rejoined with his men, who give the boy water, dates, and an orange. He's not seen fresh fruit in a very long time and pockets it. The next day, before his mother boards the train to return to London, he tells her about his dream in which he saves his father, and gives her the orange.

Robert Andrew Parker is a distinguished artist with a Guggenheim Fellowship, Caldecott Honor, and over 40 children's books to his credit. Parker and wife Judy Mellecker also teamed up for The Fox and The Kingfisher.

Learn more about his work.