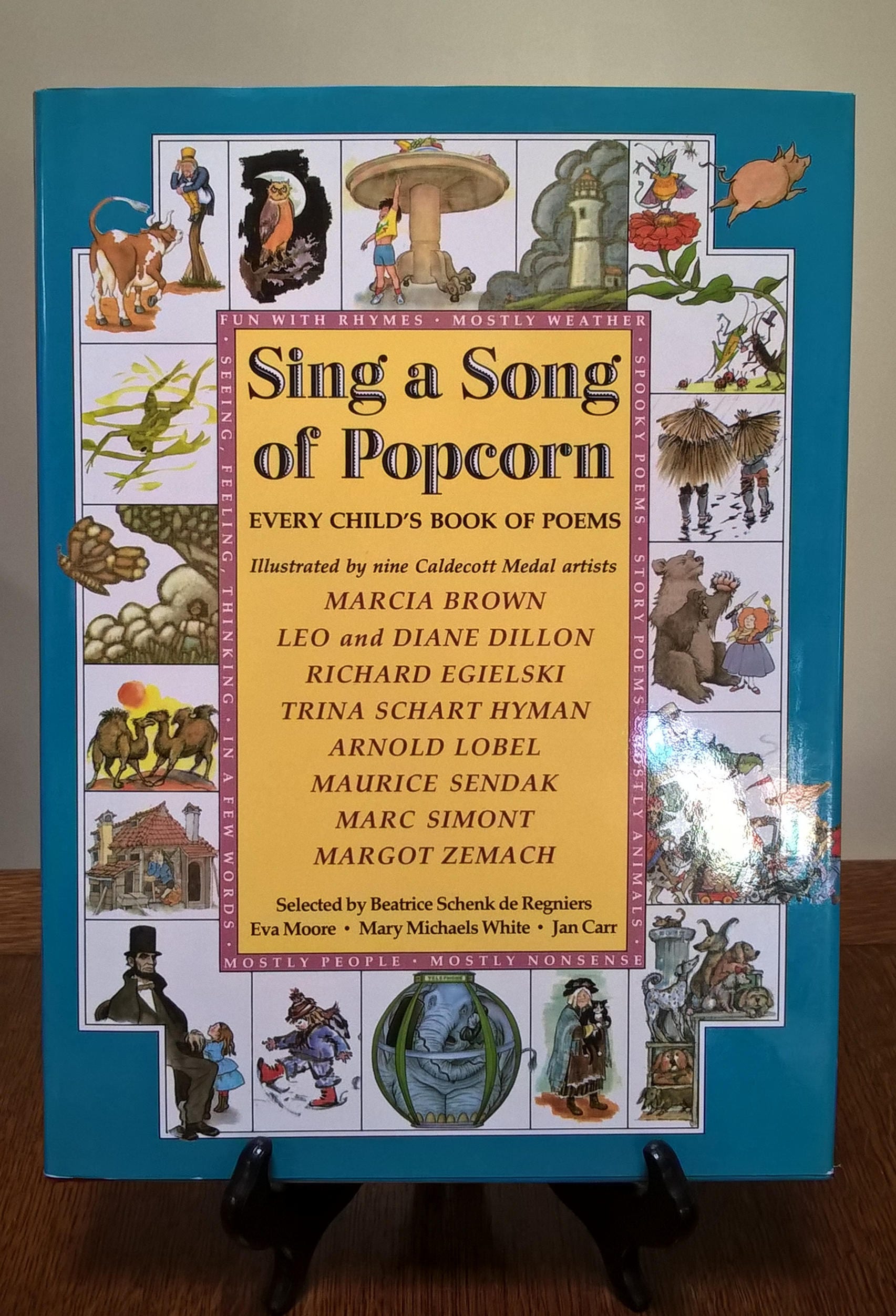 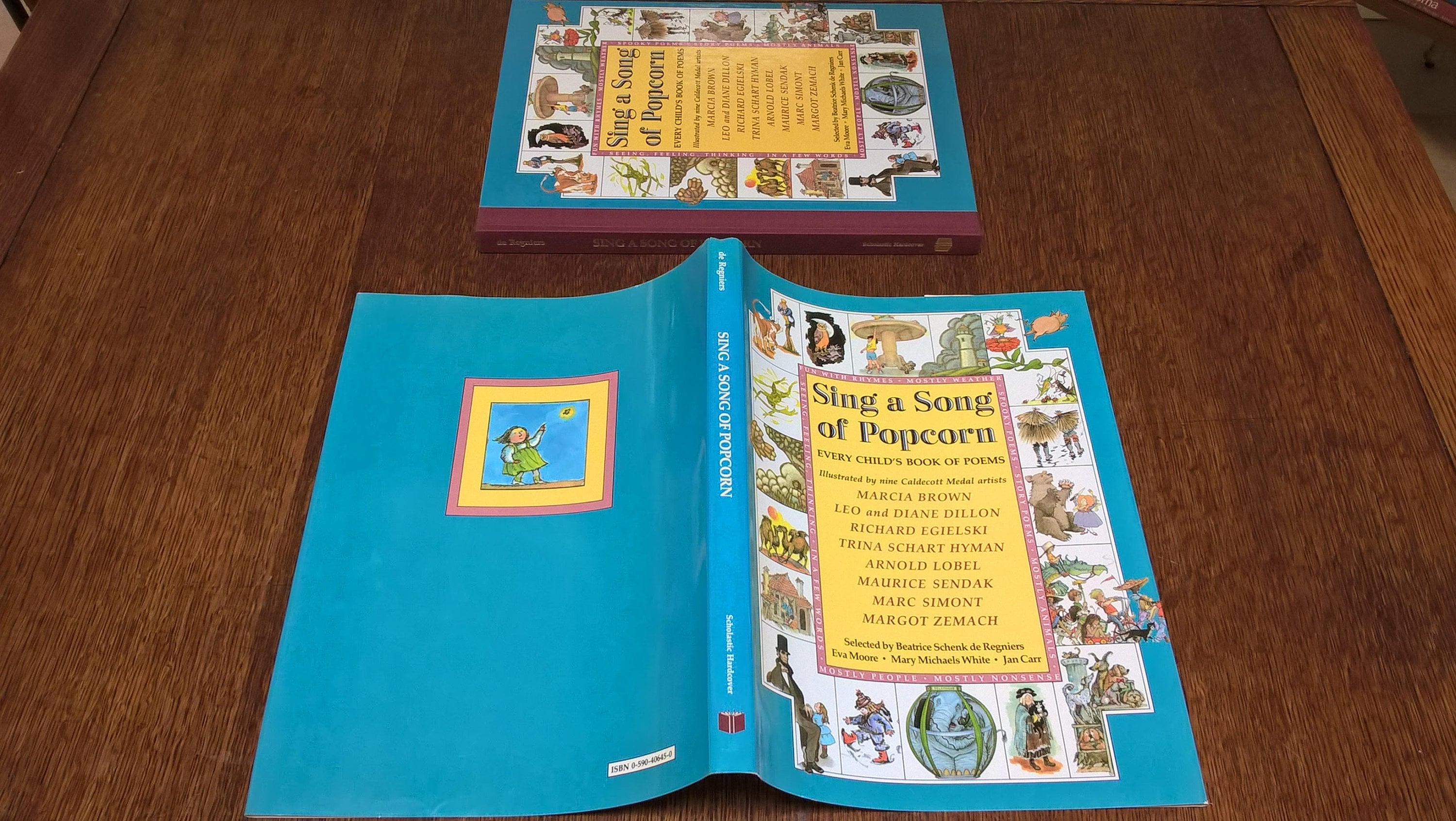 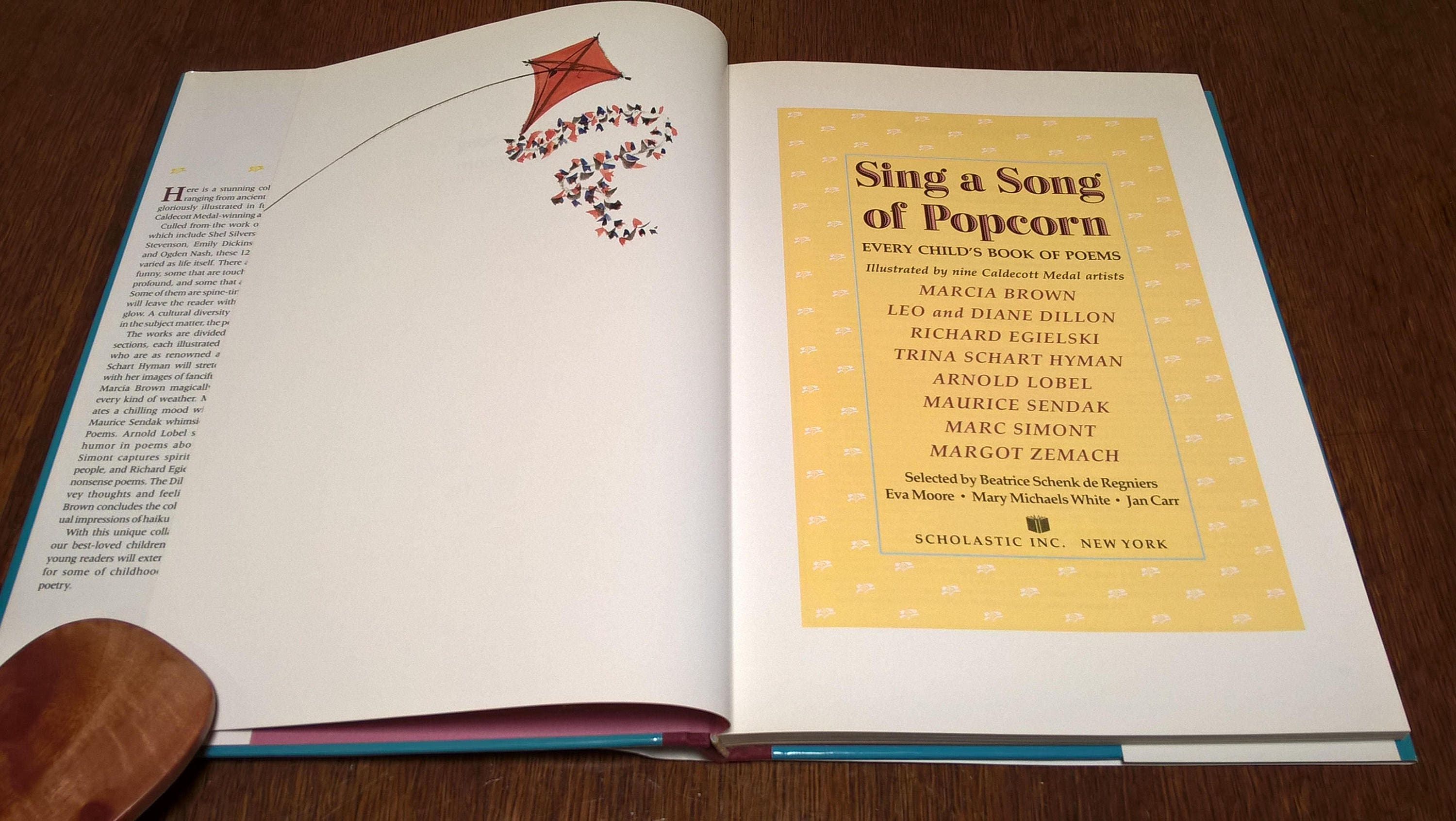 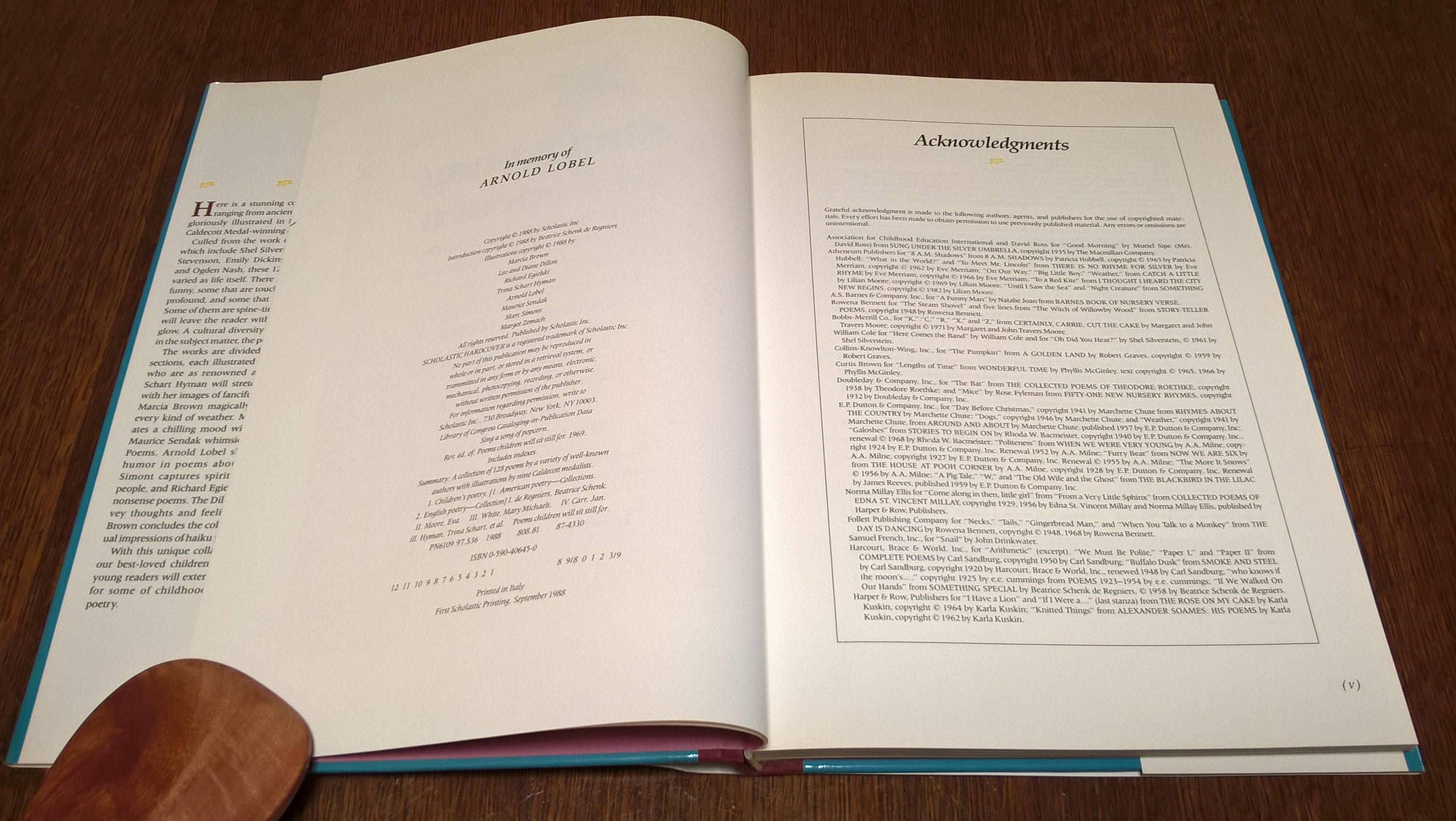 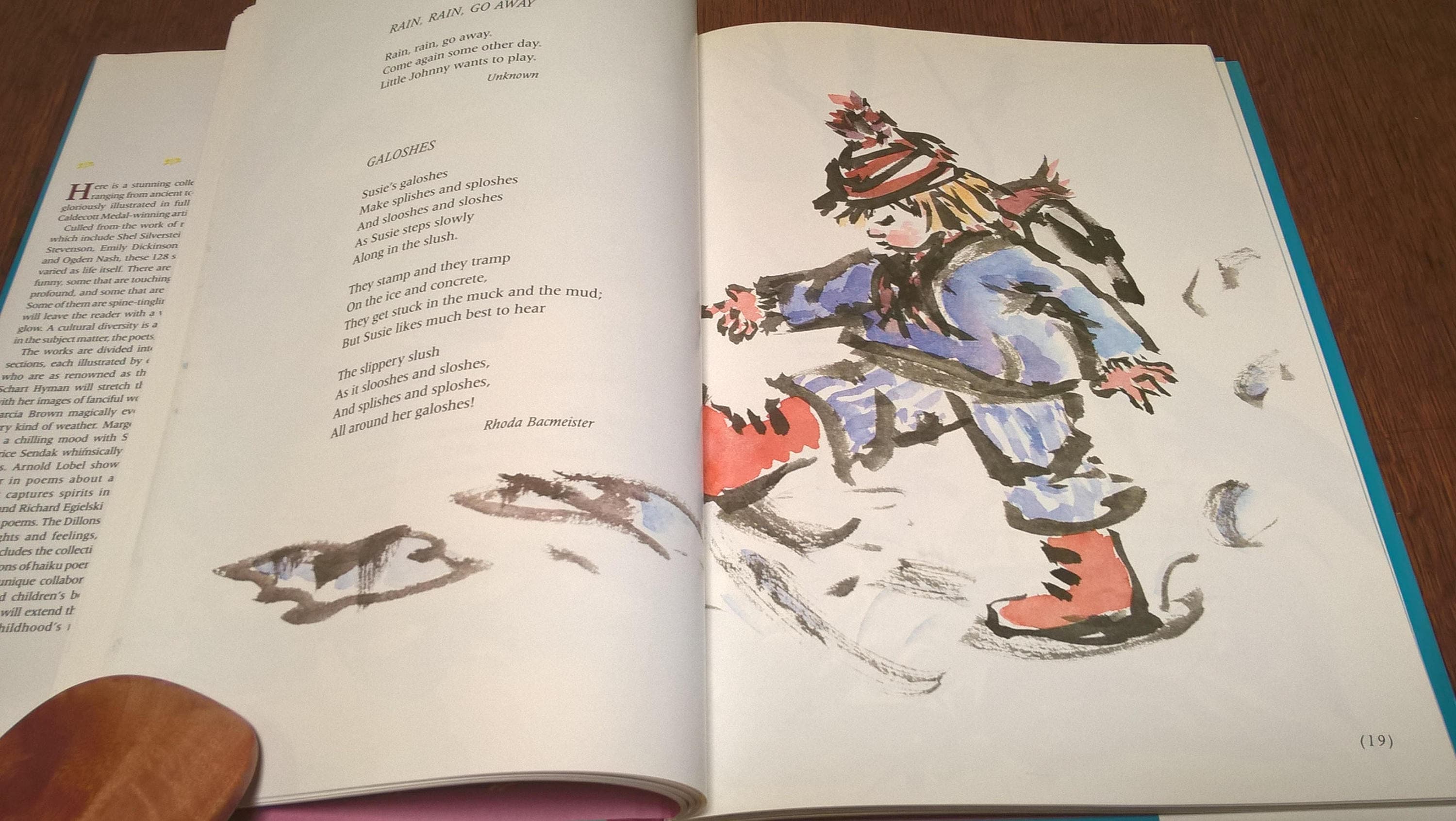 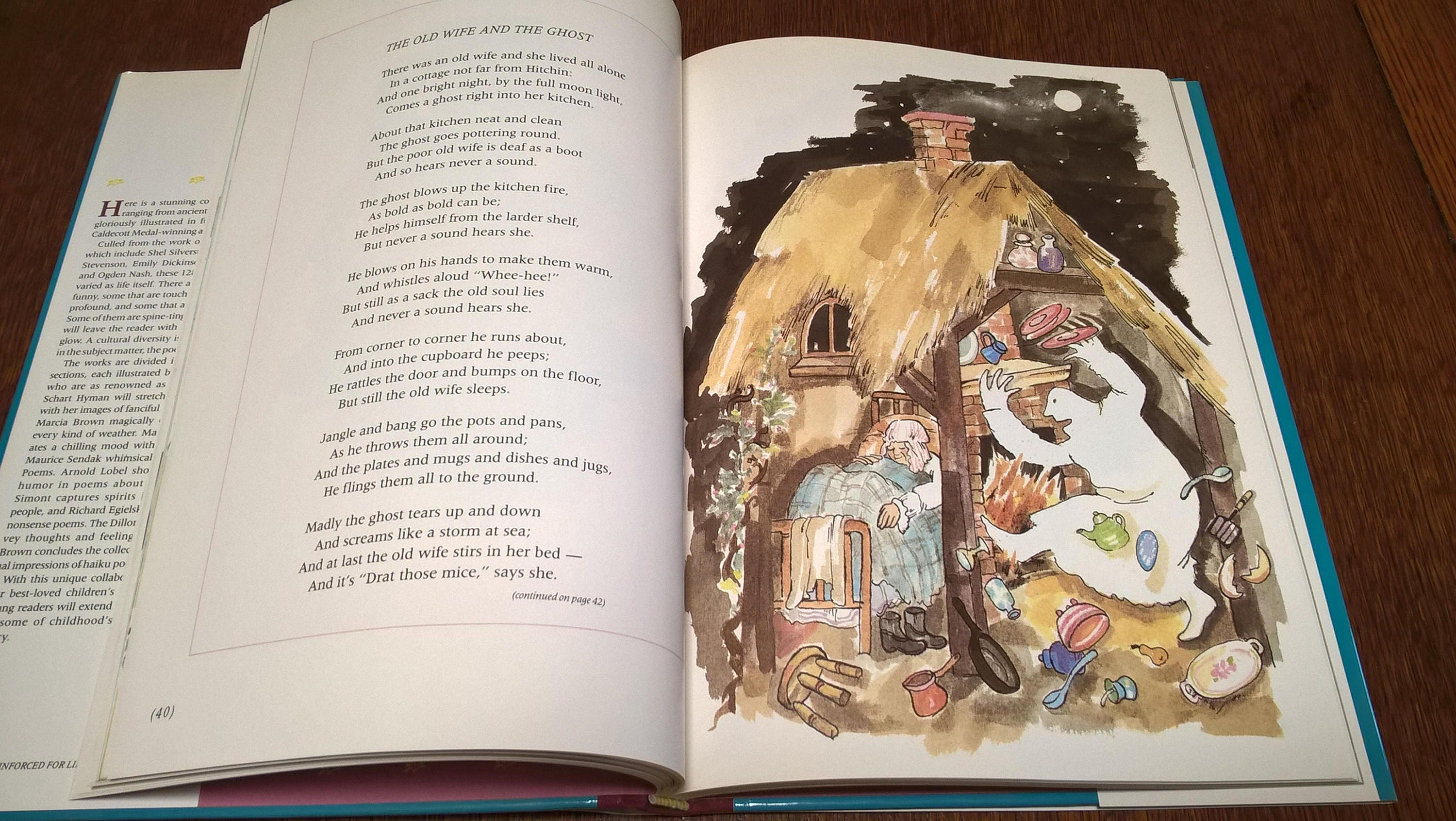 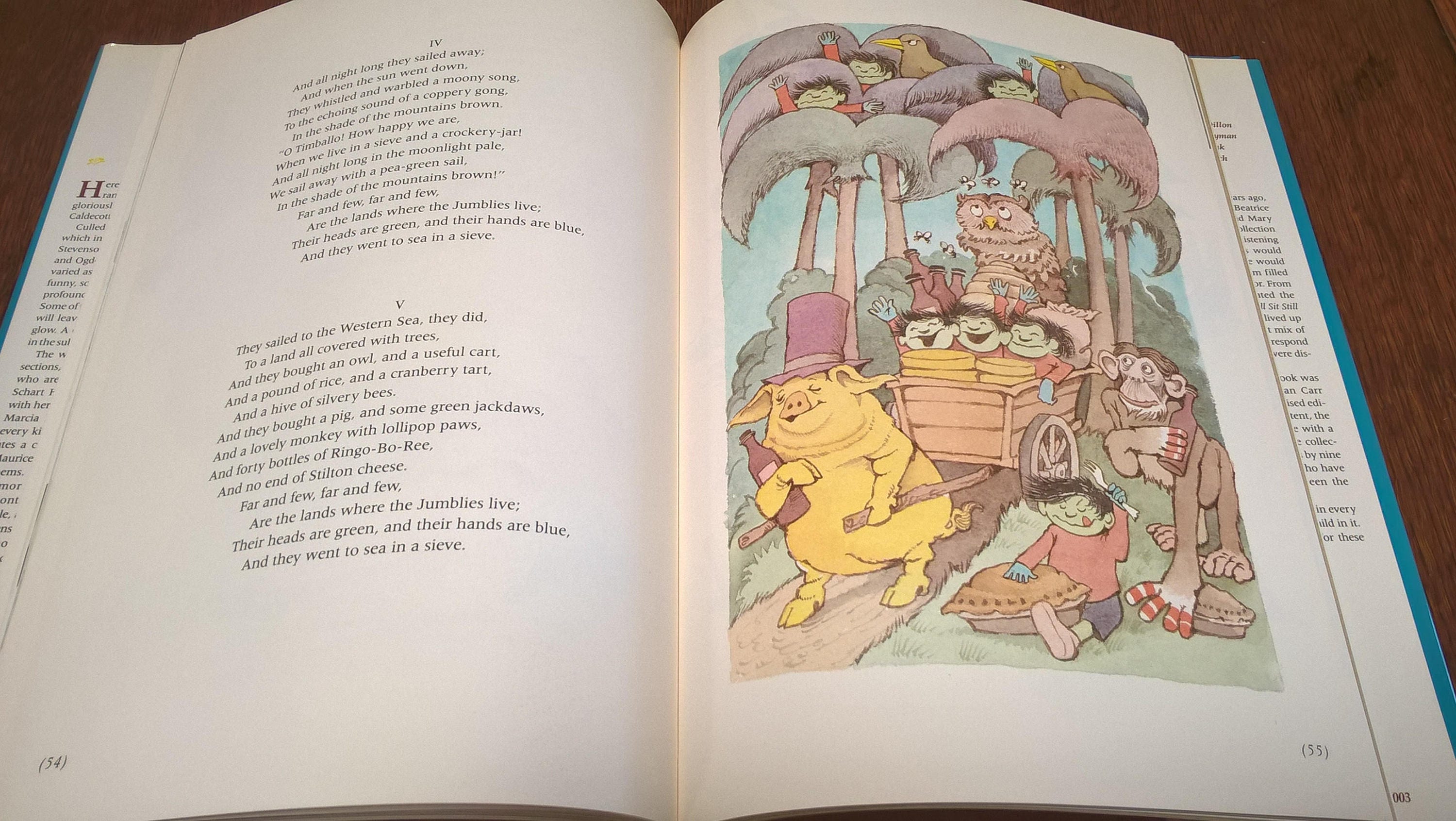 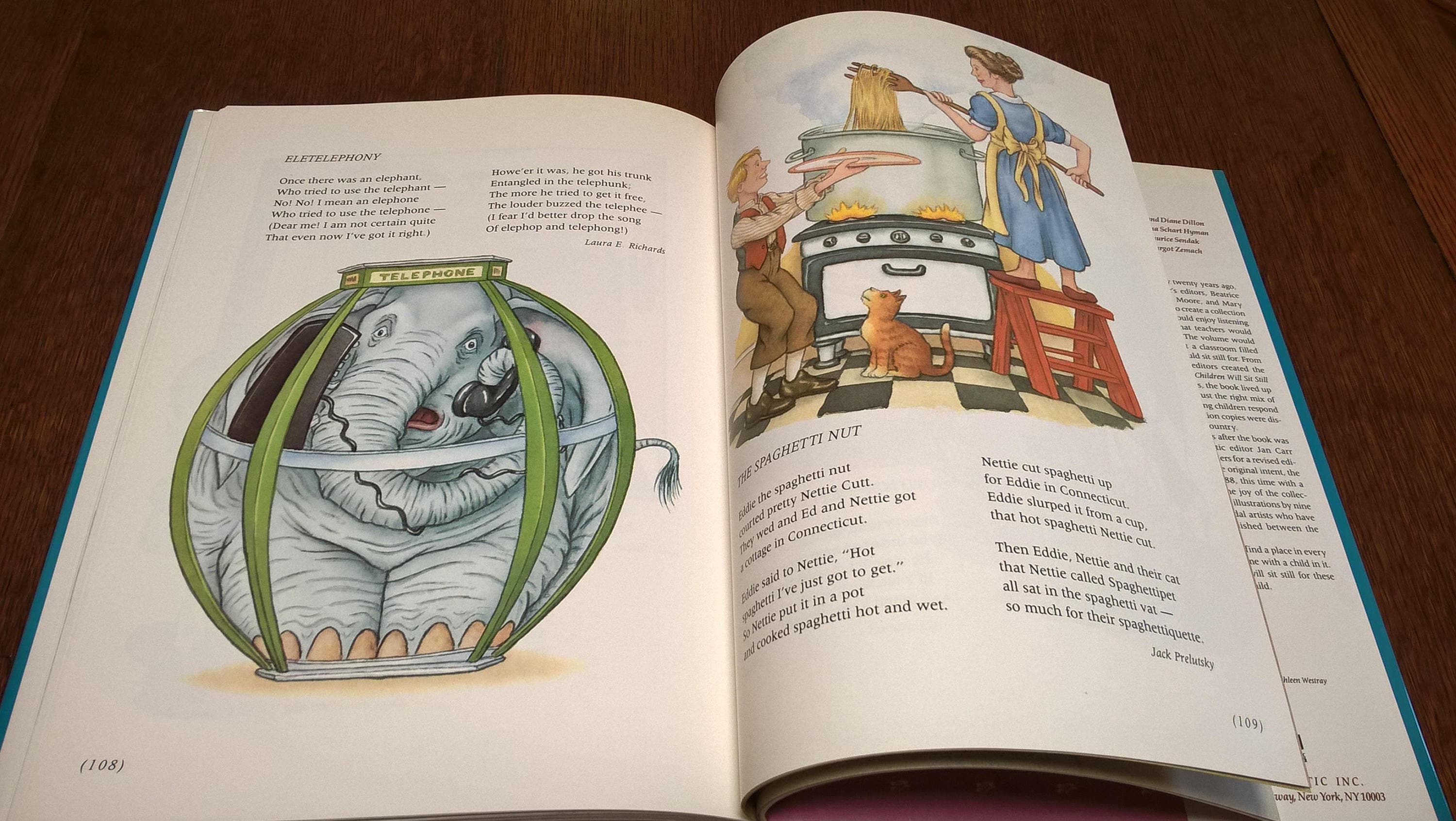 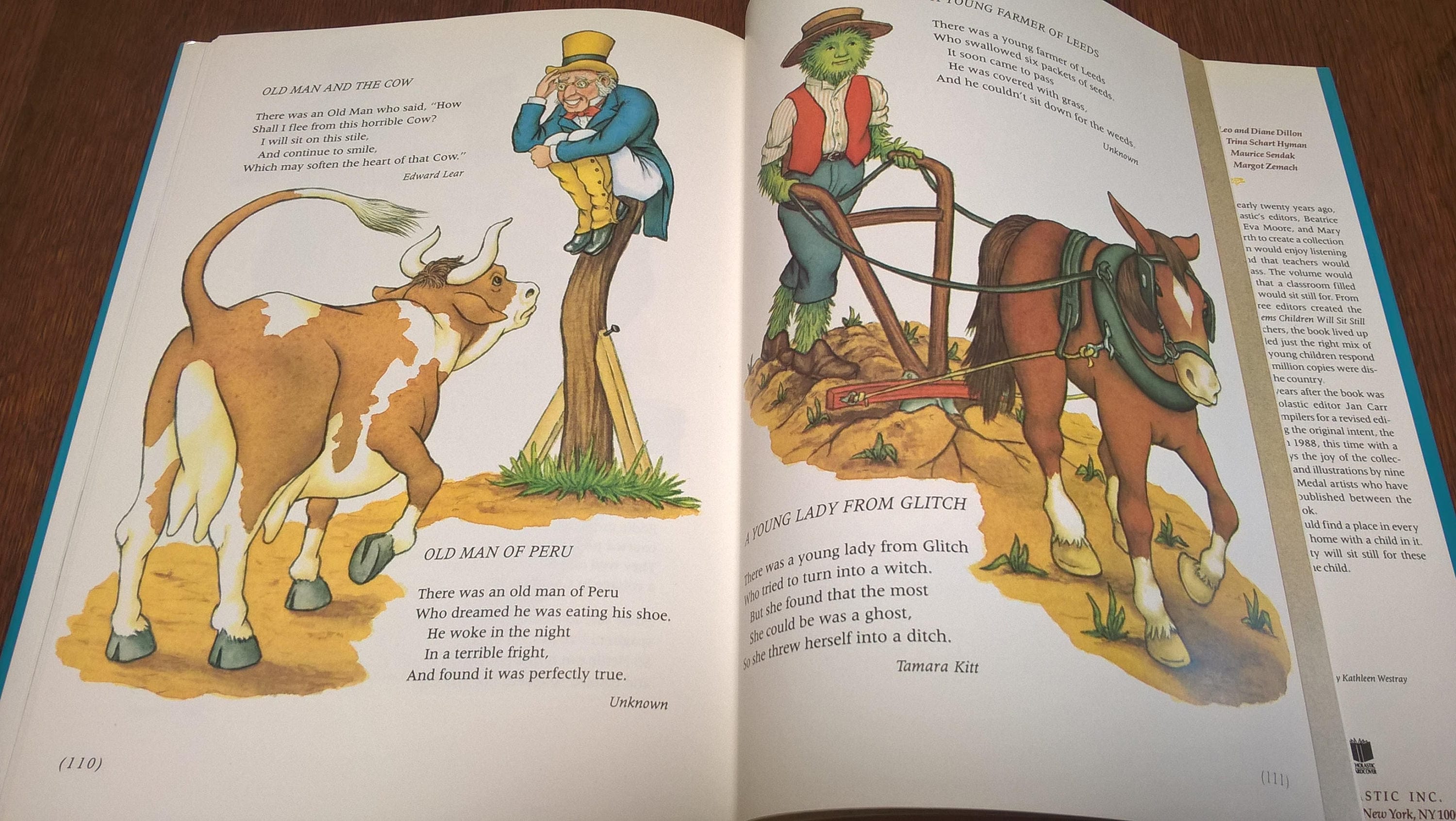 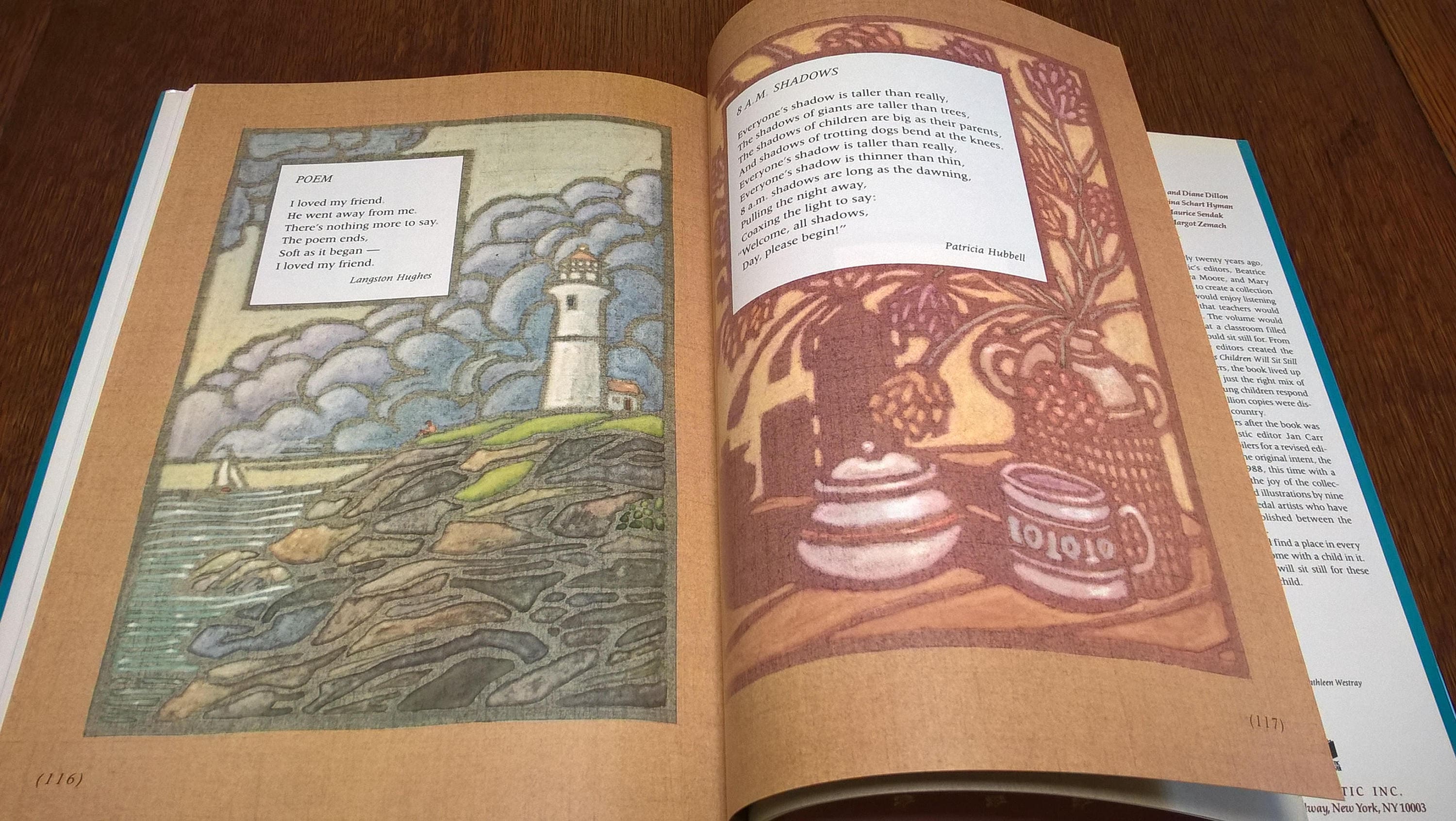 Sing a Song of Popcorn evolved from Poems Children Will Sit Still For: A Selection for the Primary Grades, first published by Scholastic for classroom instruction in 1968. Twenty years later, the editors who compiled the poems for the first book, joined by editor Jan Carr, created this revised edition of 128 poems to be enjoyed by children in and out of the classroom.

The poems are organized into nine sections, each illustrated by a Caldecott Award artist.

The book is indexed by title, first lines, and authors, and concludes with artist bios.

"...Many people can read a poem silently and hear its music. But it seems to me that the full power of a poem - the jazzy rhythms, the lyrical cadence, the dance of language, the sheer pleasure of fooling around with sound and meaning - can be fully appreciated only if the poem is read aloud. This would be particularly true for children.

Take time to read these poems aloud. Use your normal tone of voice. The advice the Duchess gave Alice (in Wonderland) is as good as any: "Take care of the sense, and the sounds will take care of themselves."...

For this book particularly, what Jorge Luis Borges says of reading in general applies: "It should be for happiness."