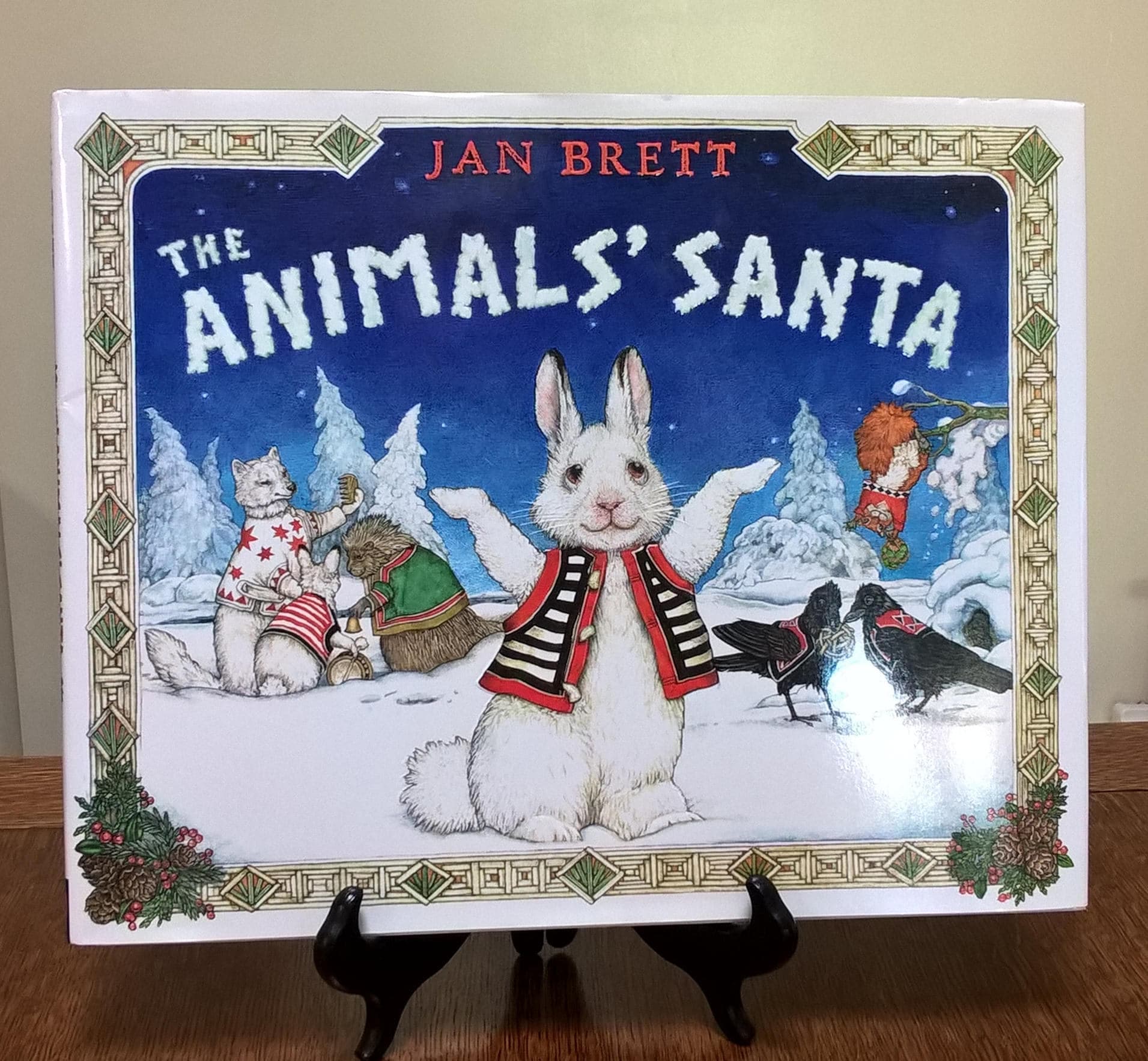 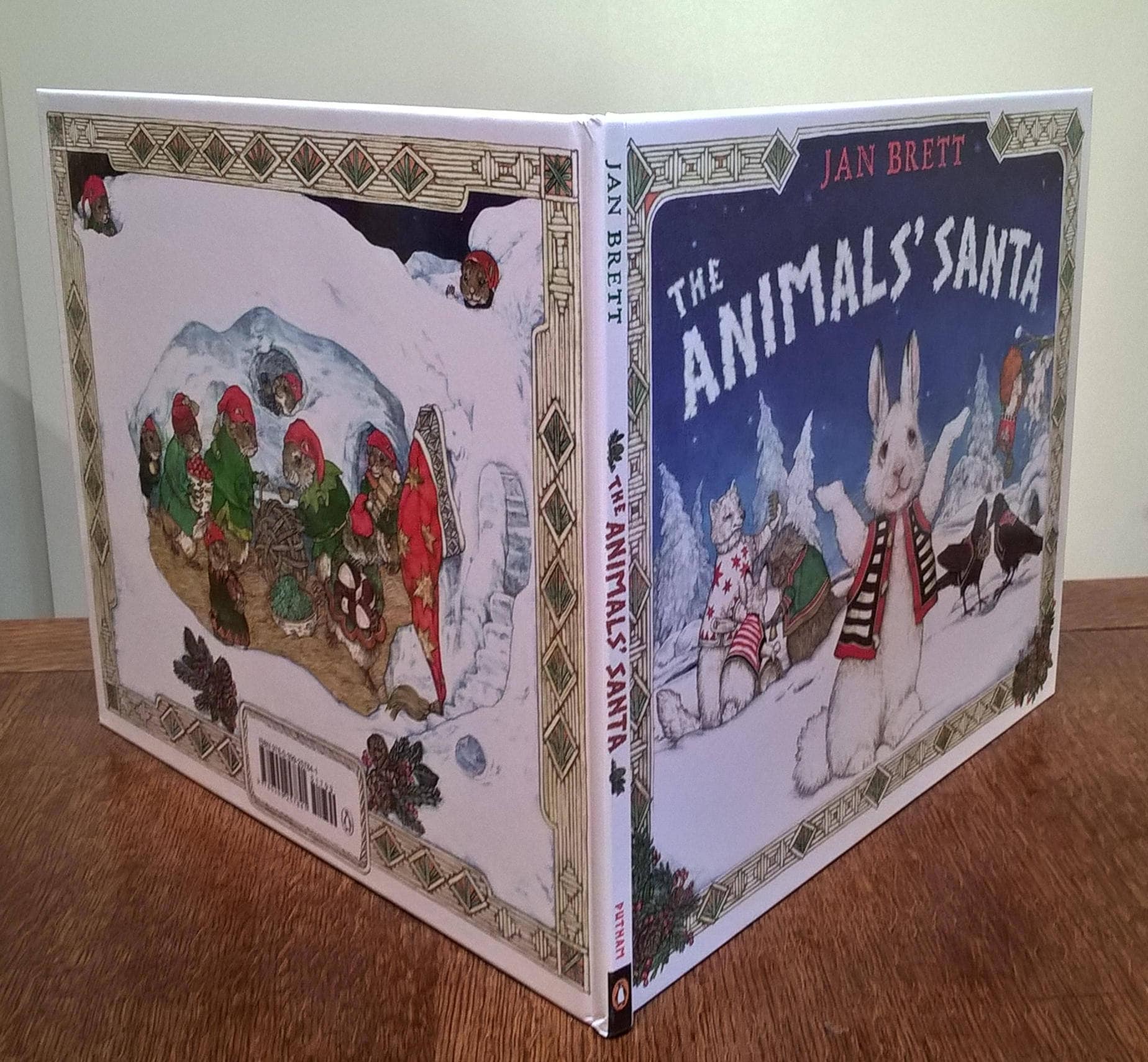 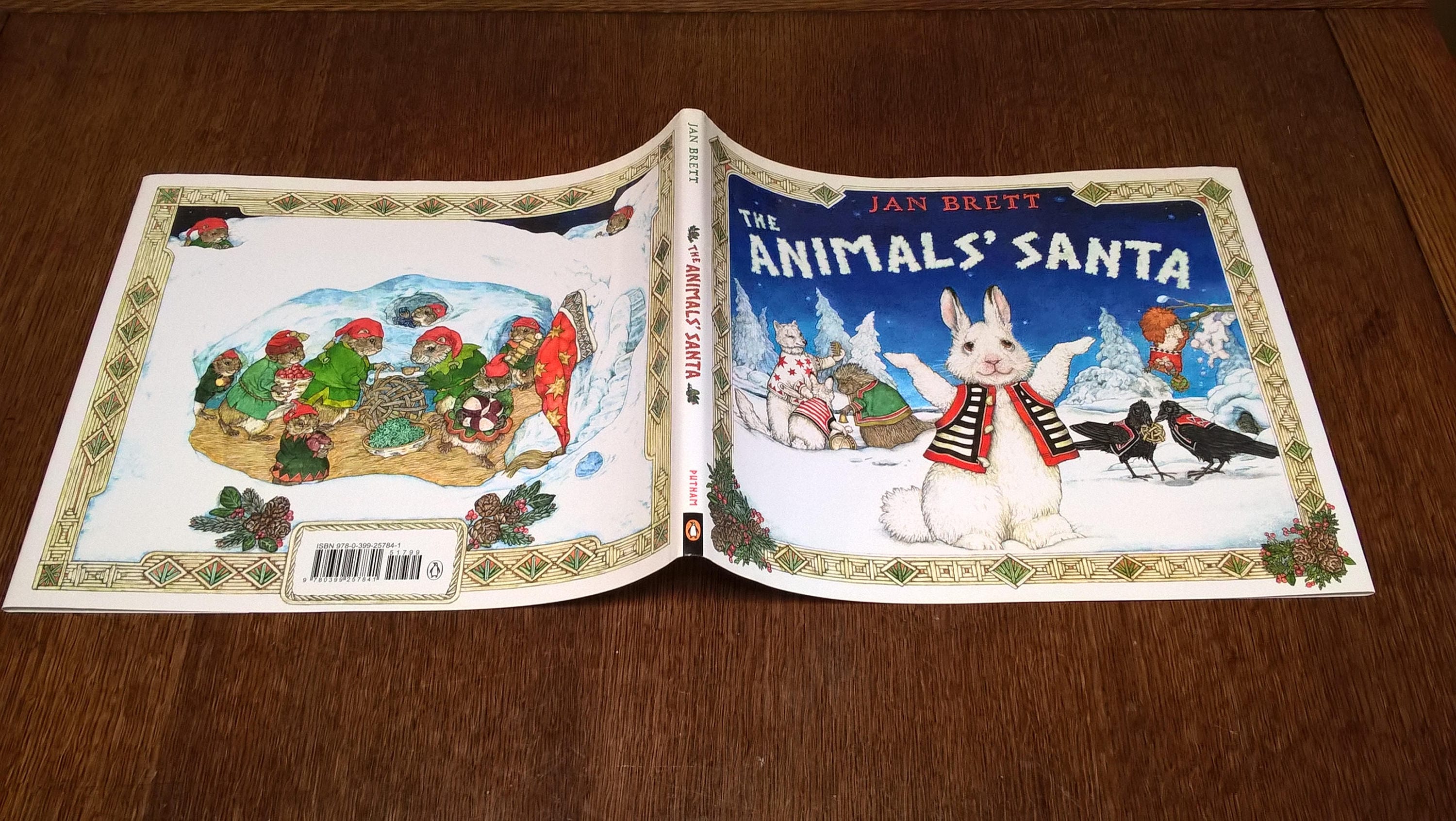 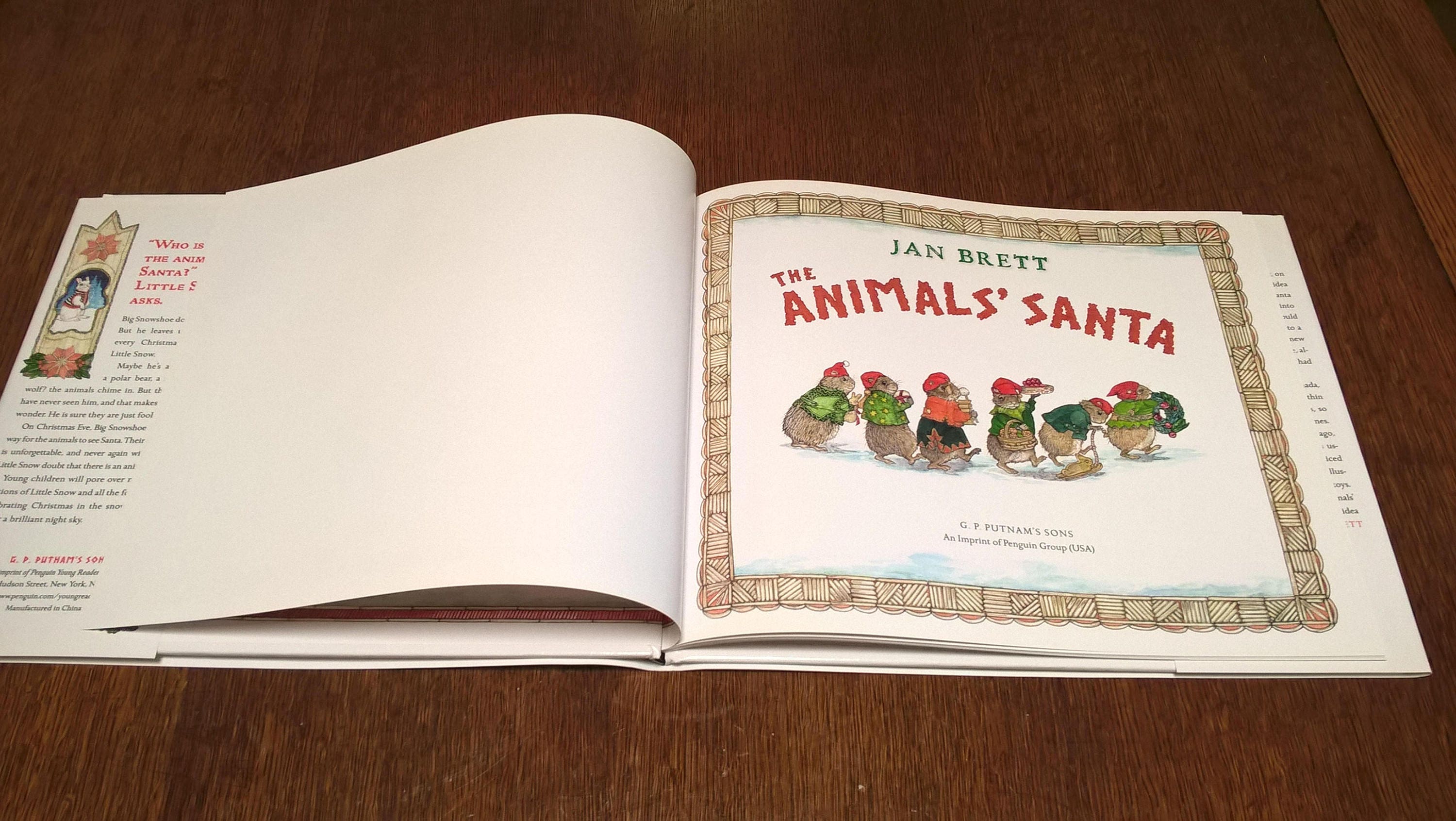 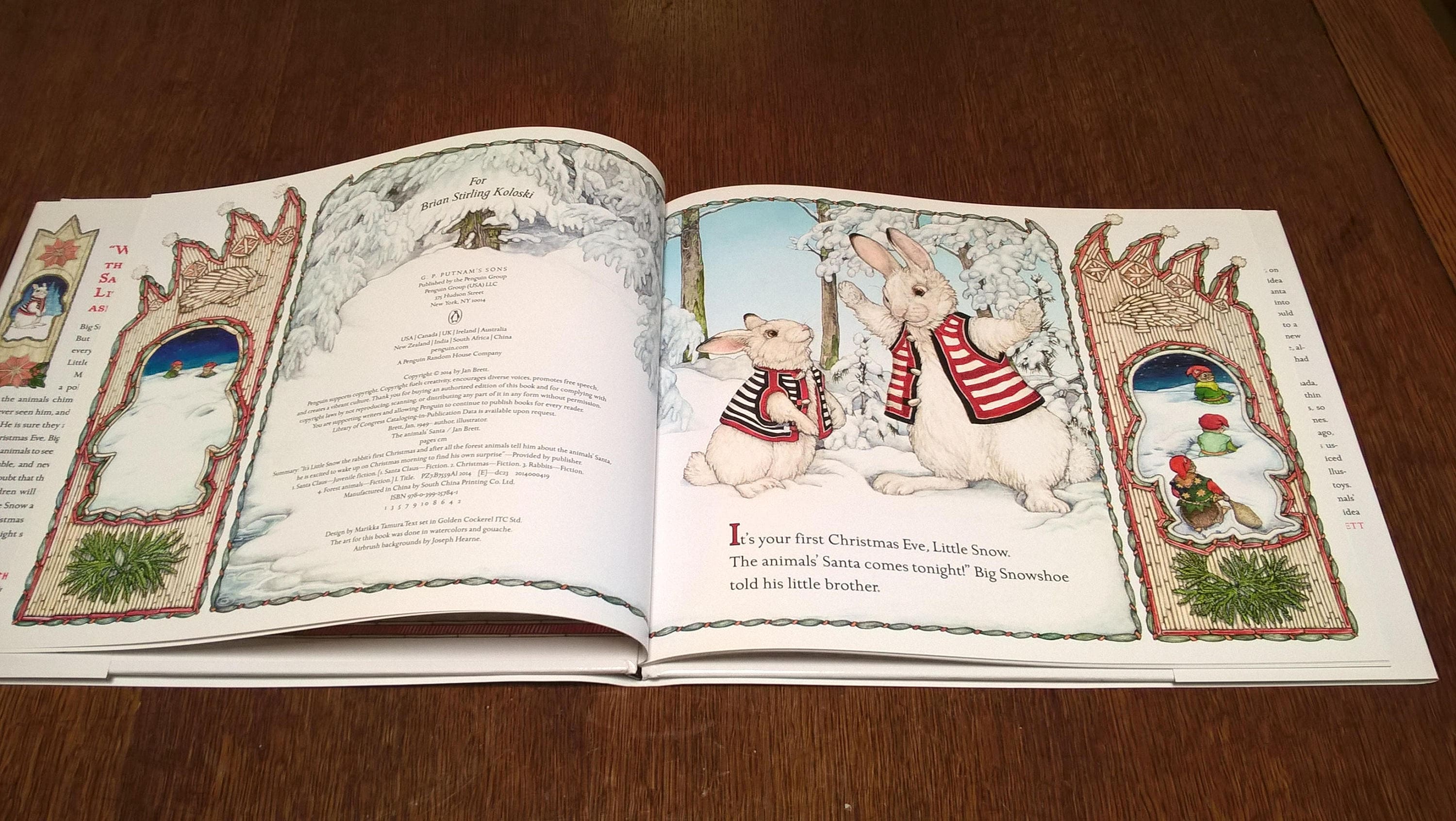 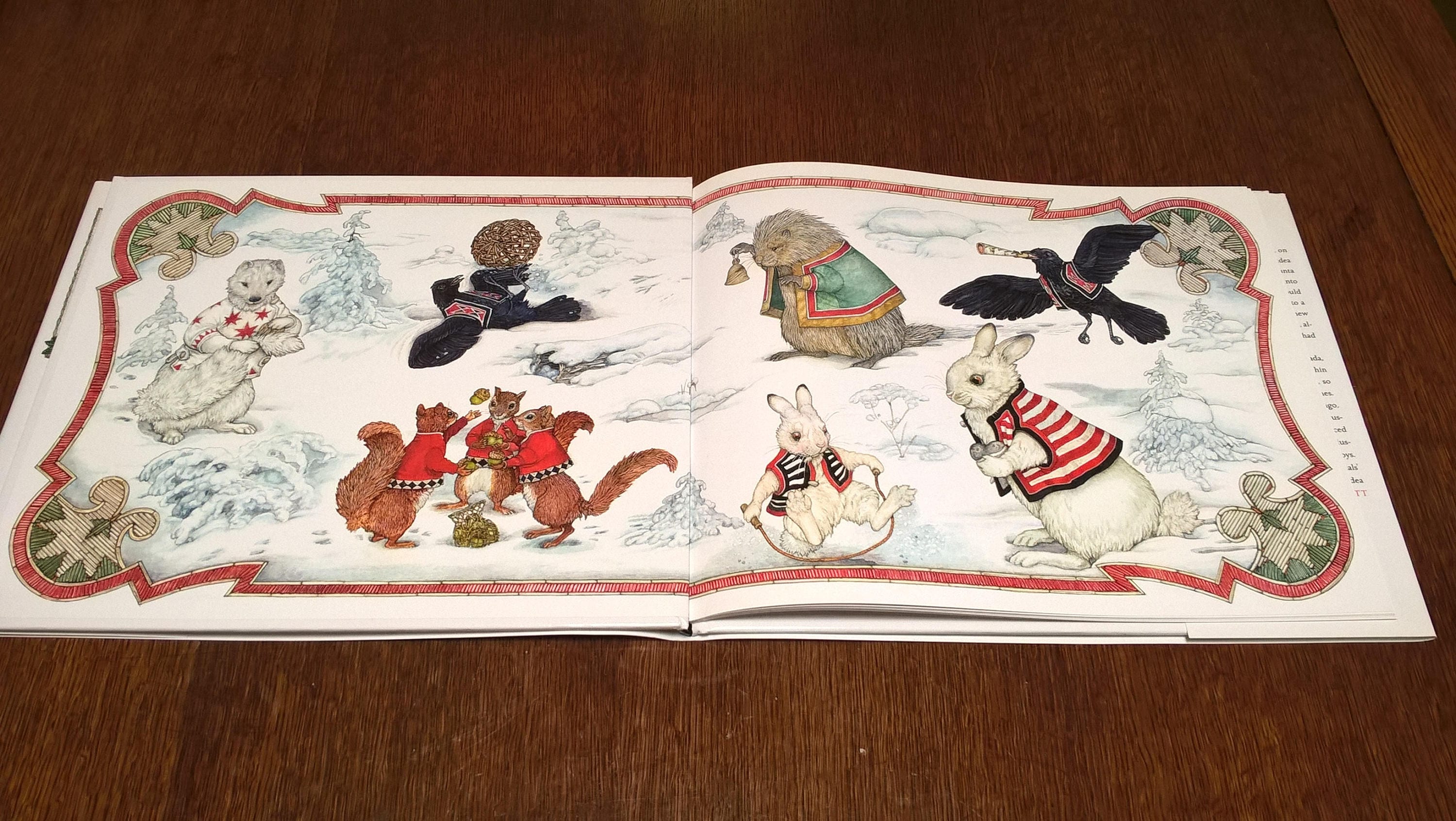 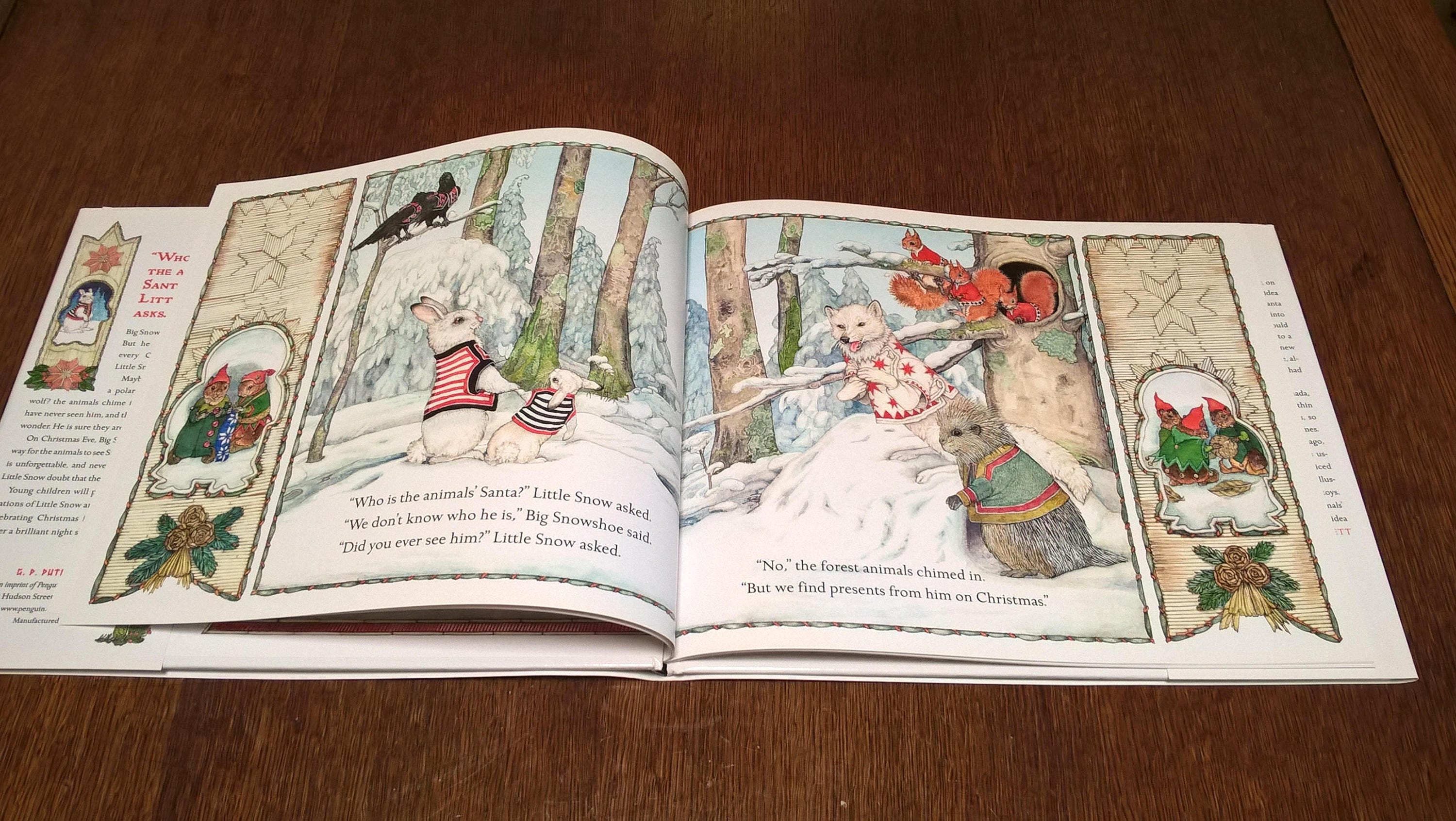 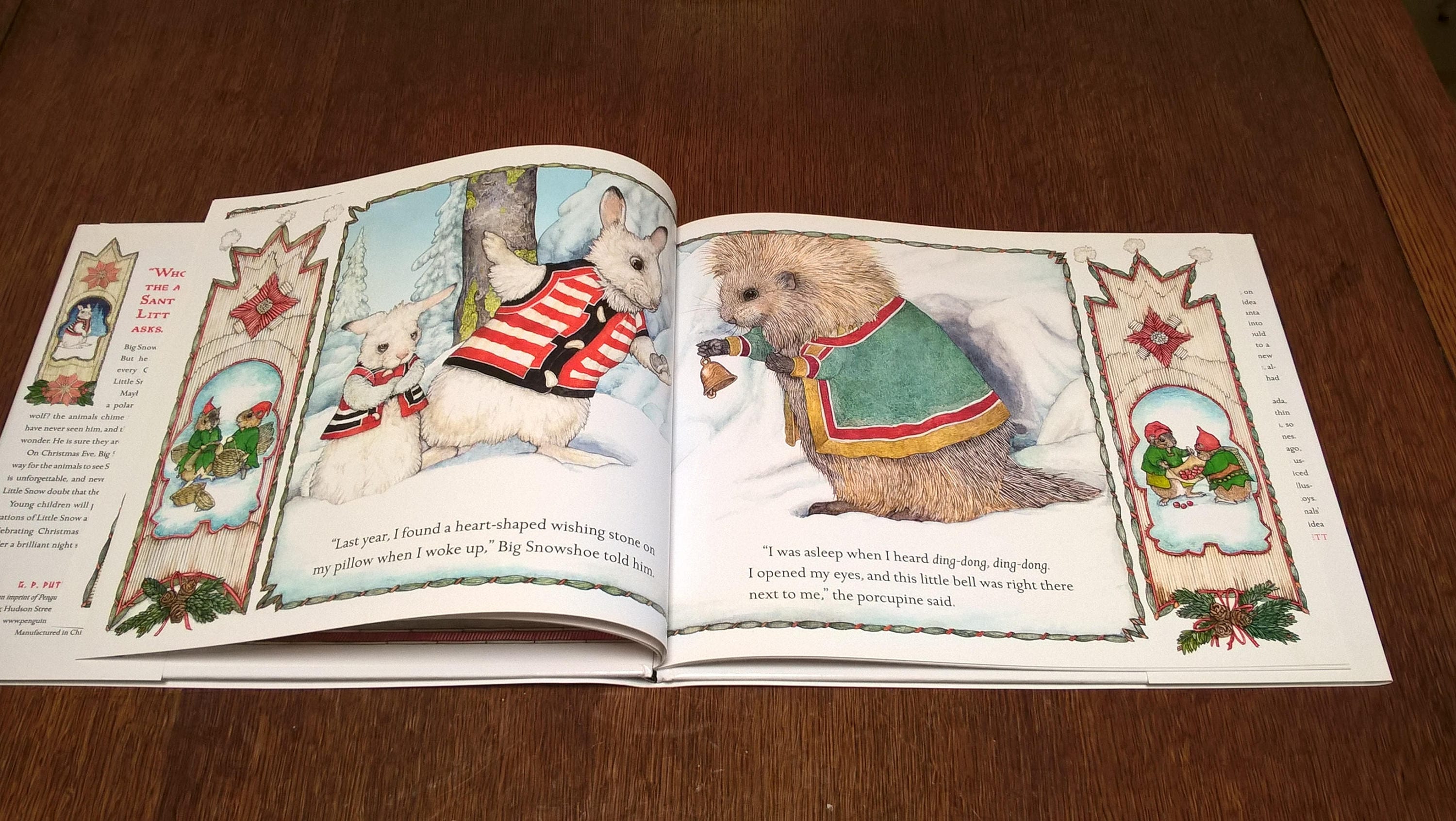 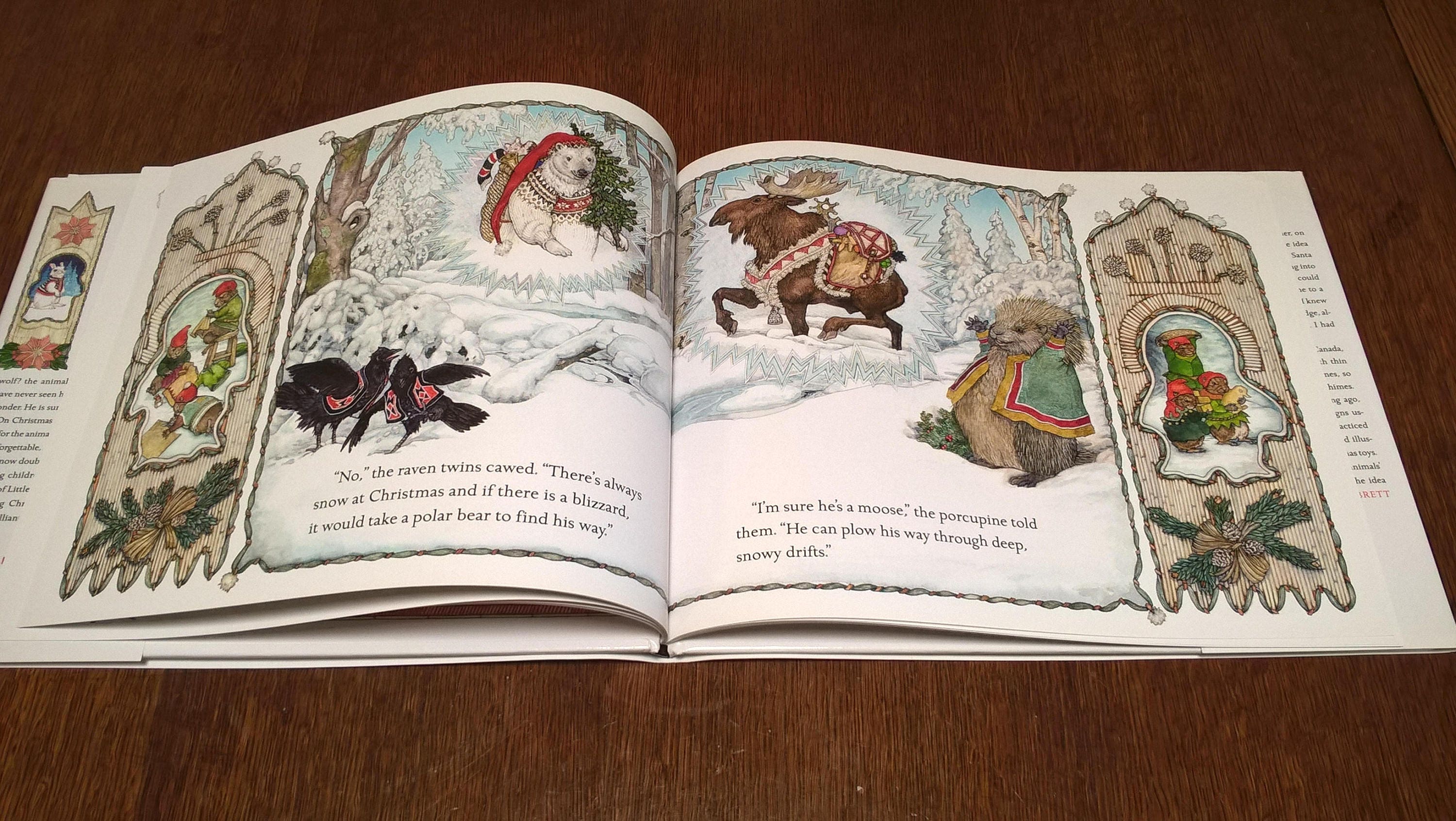 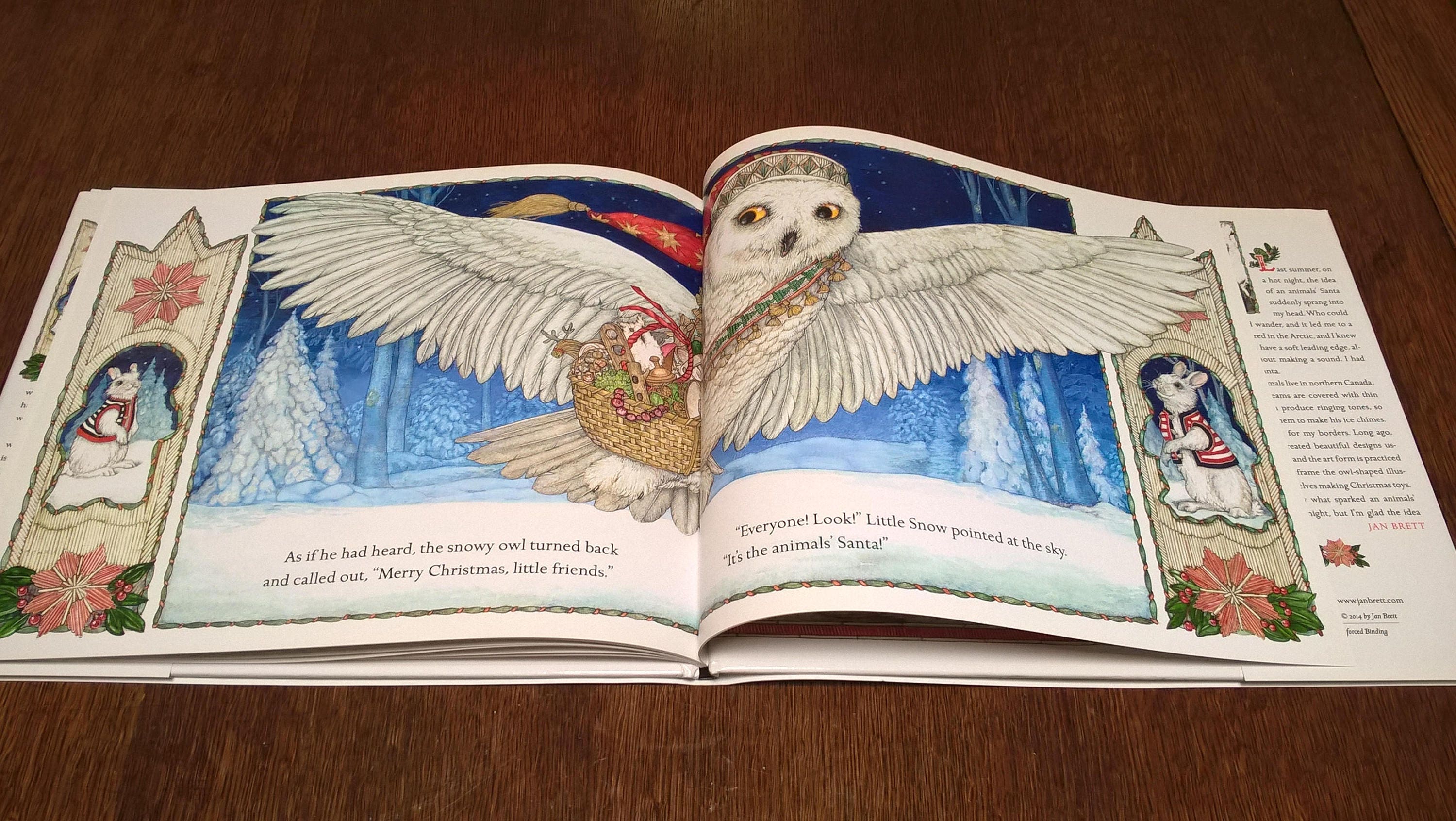 The Animal's Santa by Jan Brett: Big Snowshoe arranges for Little Snow and the other forest animals to see the Santa that delivers their presents.

Jan Brett has written and illustrated over forty-five books. She's known for her love of animals and travels the world for new experiences and landscapes to incorporate into her books.

The artwork that borders the pages and the side panels, which tell a secondary story, is inspired by Native American quillwork made from porcupine quills.

Other favorite books by Jan Brett:

Keep up with Jan at Goodreads.
Goodreads.com/author/show/16325.Jan_Brett