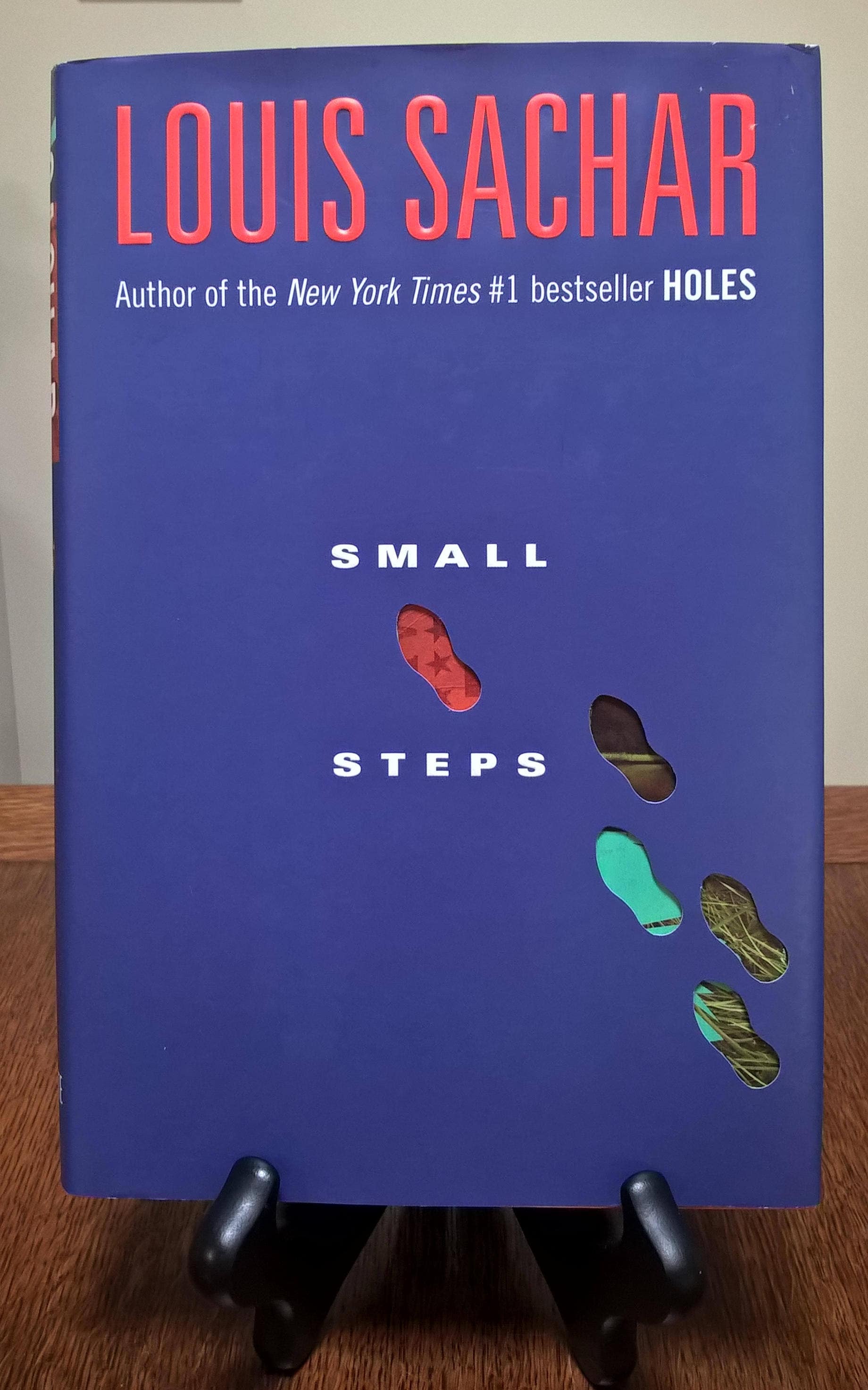 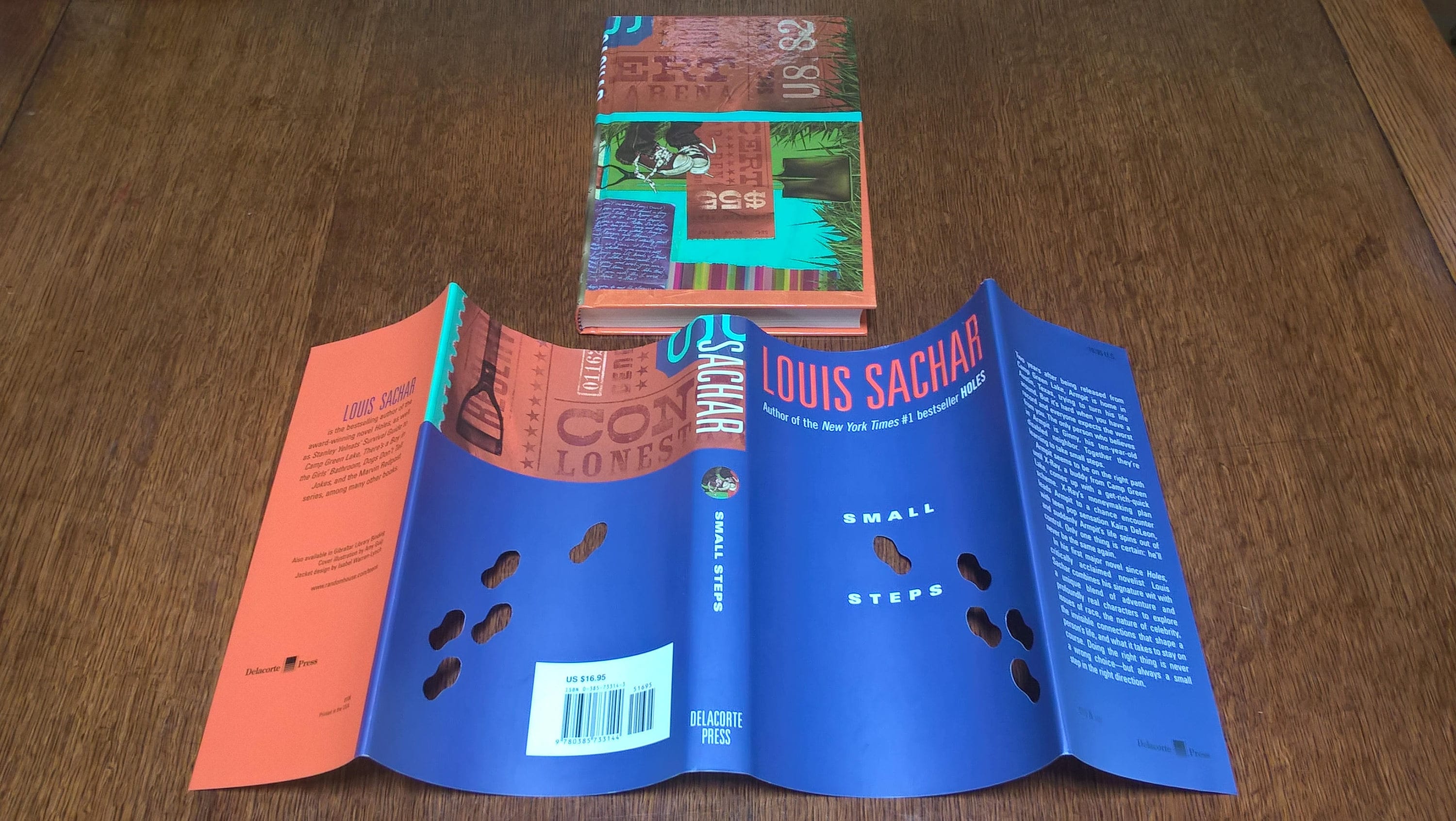 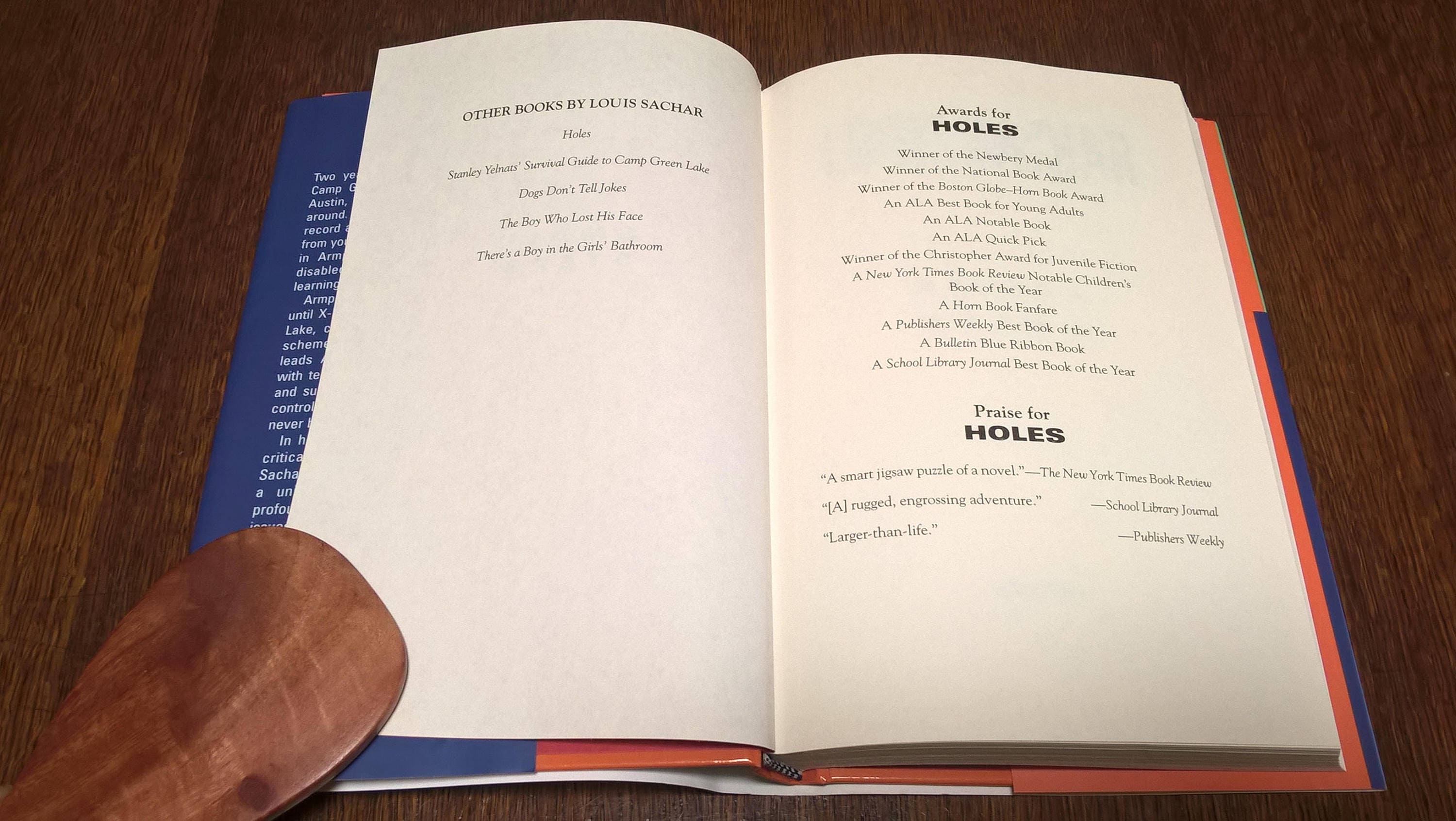 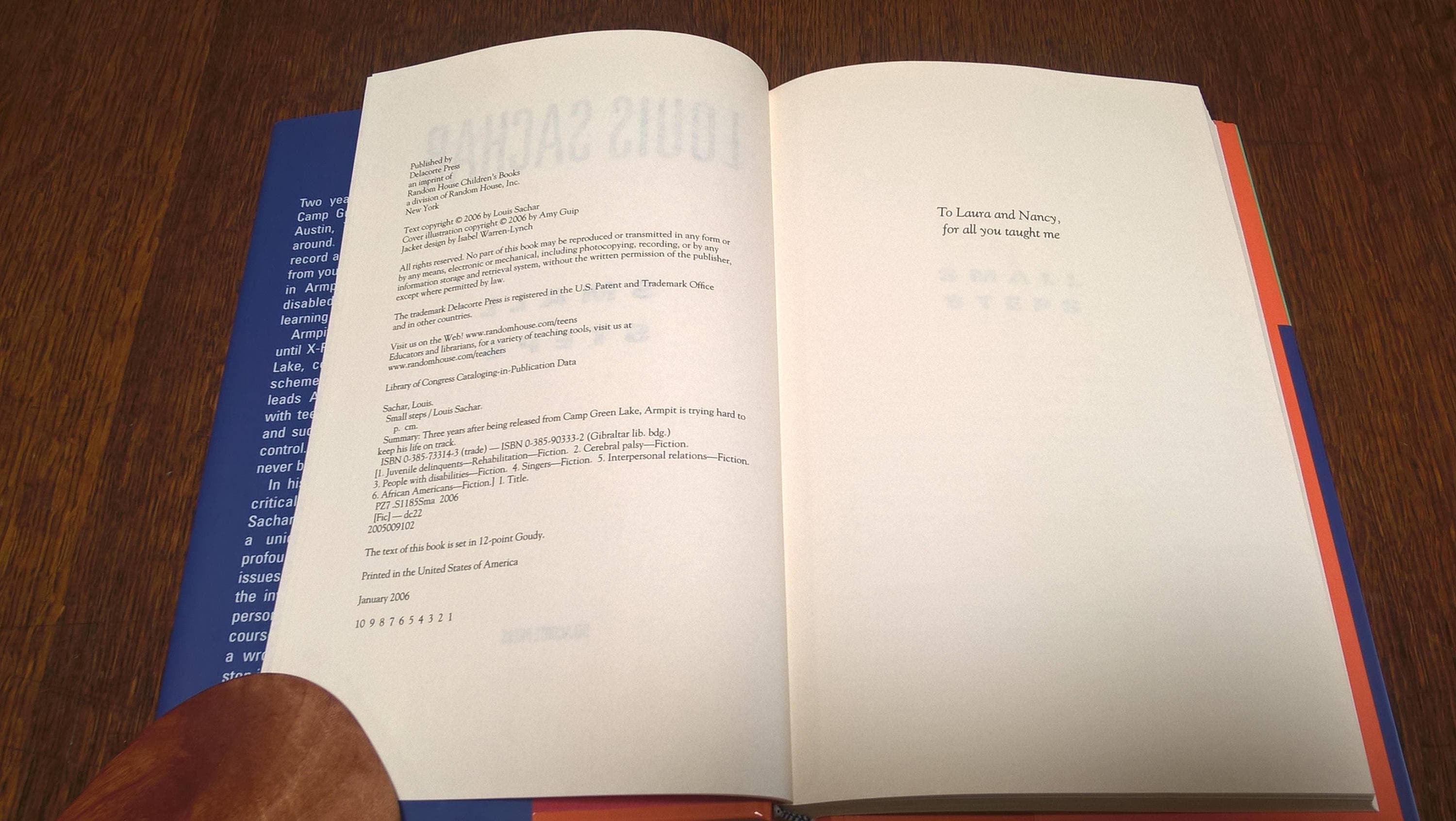 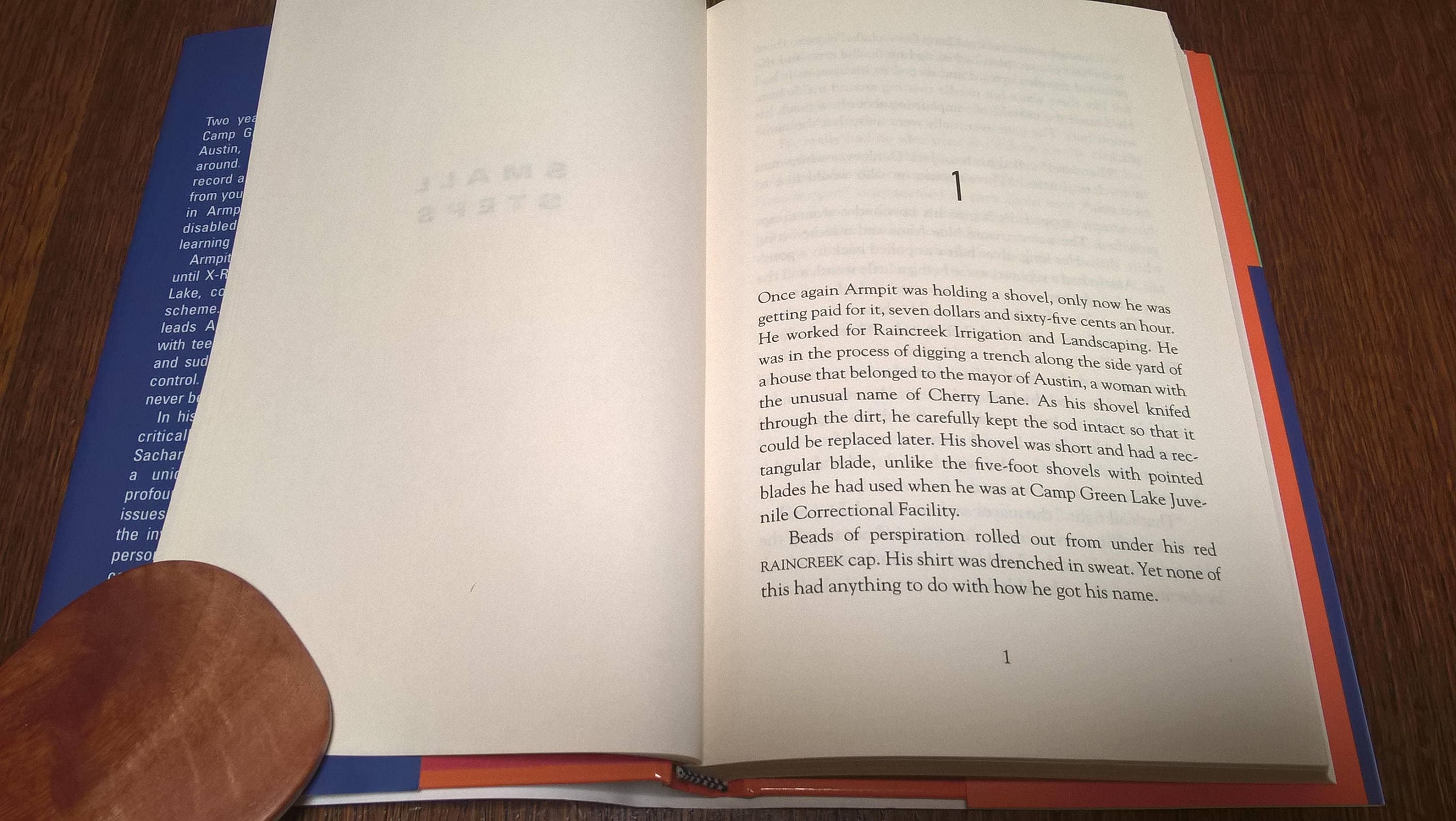 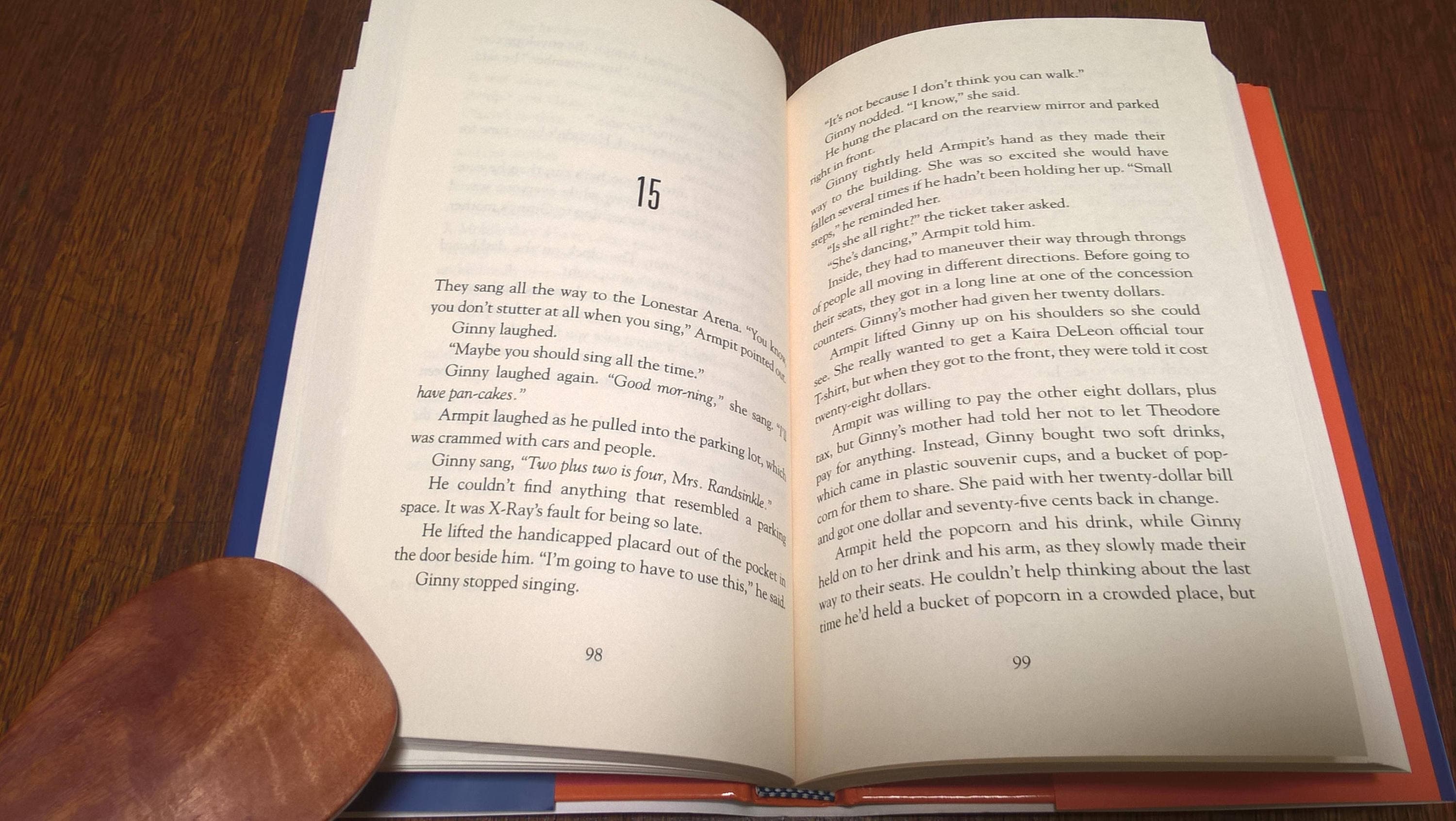 First edition of Small Steps by Louis Sachar. Theodore "Armpit" Johnson, two years after Camp Green Lake, tries to find his way in life one small step at a time.

Louis Sachar is the award-winning author of Holes, published in 1998 and winner of the Newbery Medal, National Book Award, Christopher Award, and many other honors.

In Small Steps, we reconnect with Theodore "Armpit" Johnson after his release from Camp Green Lake, the barren, parched juvenile detention center in Texas where he was an inmate with Caveman, Zero, X-Ray, Squid, Magnet, and Zig Zag.

"Two years after being released from Camp Green Lake, Armpit is home in Austin, Texas, trying to turn his life around. But it's hard when you have a record and everyone expects the worst from you. The only person who believes in Armpit is Ginny, his ten-year-old disabled neighbor. Together they're learning to take small steps.

"Armpit seems to be on the right path until X-Ray, a buddy from Camp Green Lake, comes up with a get-rich-quick scheme. X-Ray's moneymaking plan leads Armpit to a chance encounter with teen pop sensation Kaira DeLeon, and suddenly Armpit's life spins out of control. One thing is certain: he'll never be the same again."