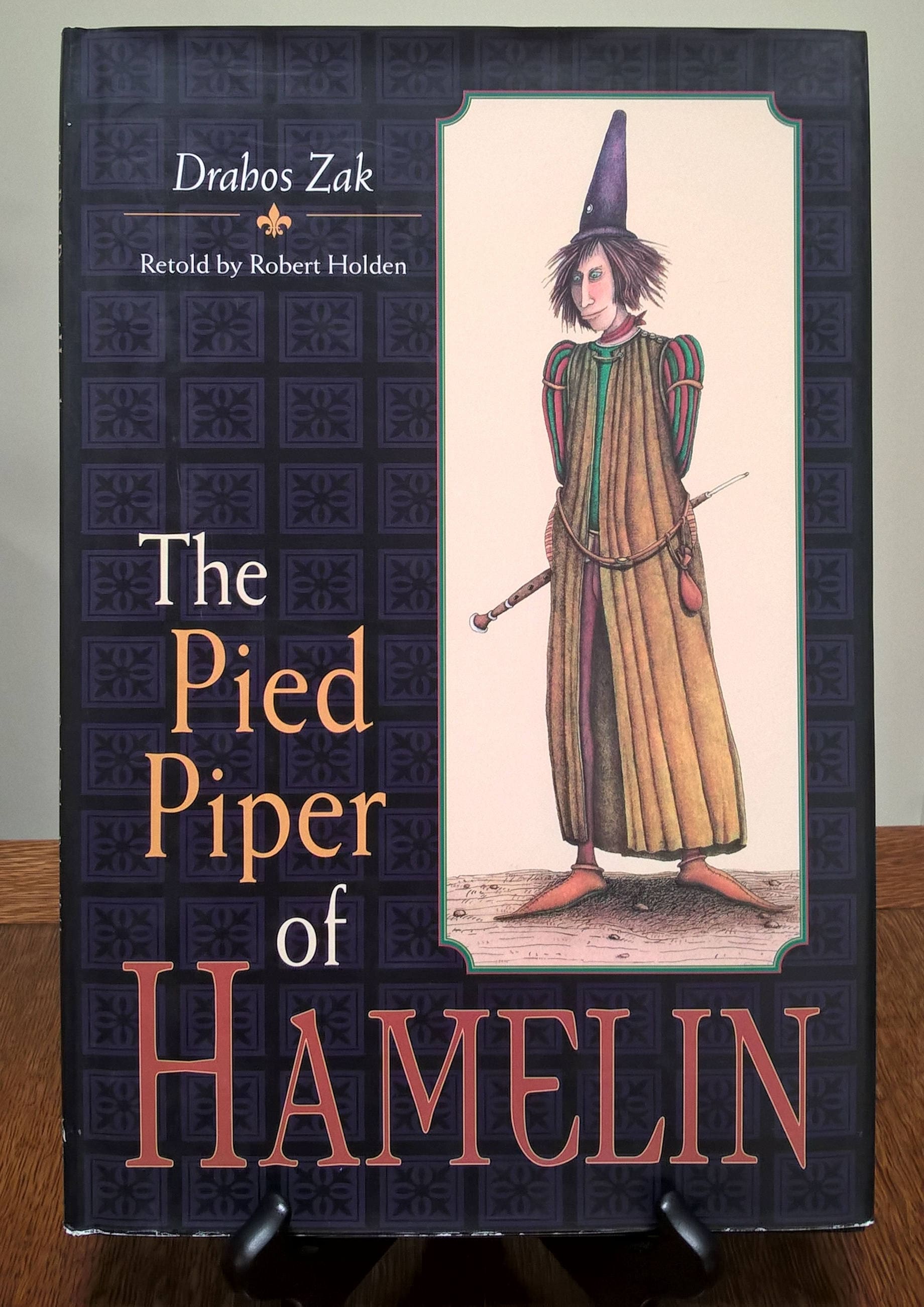 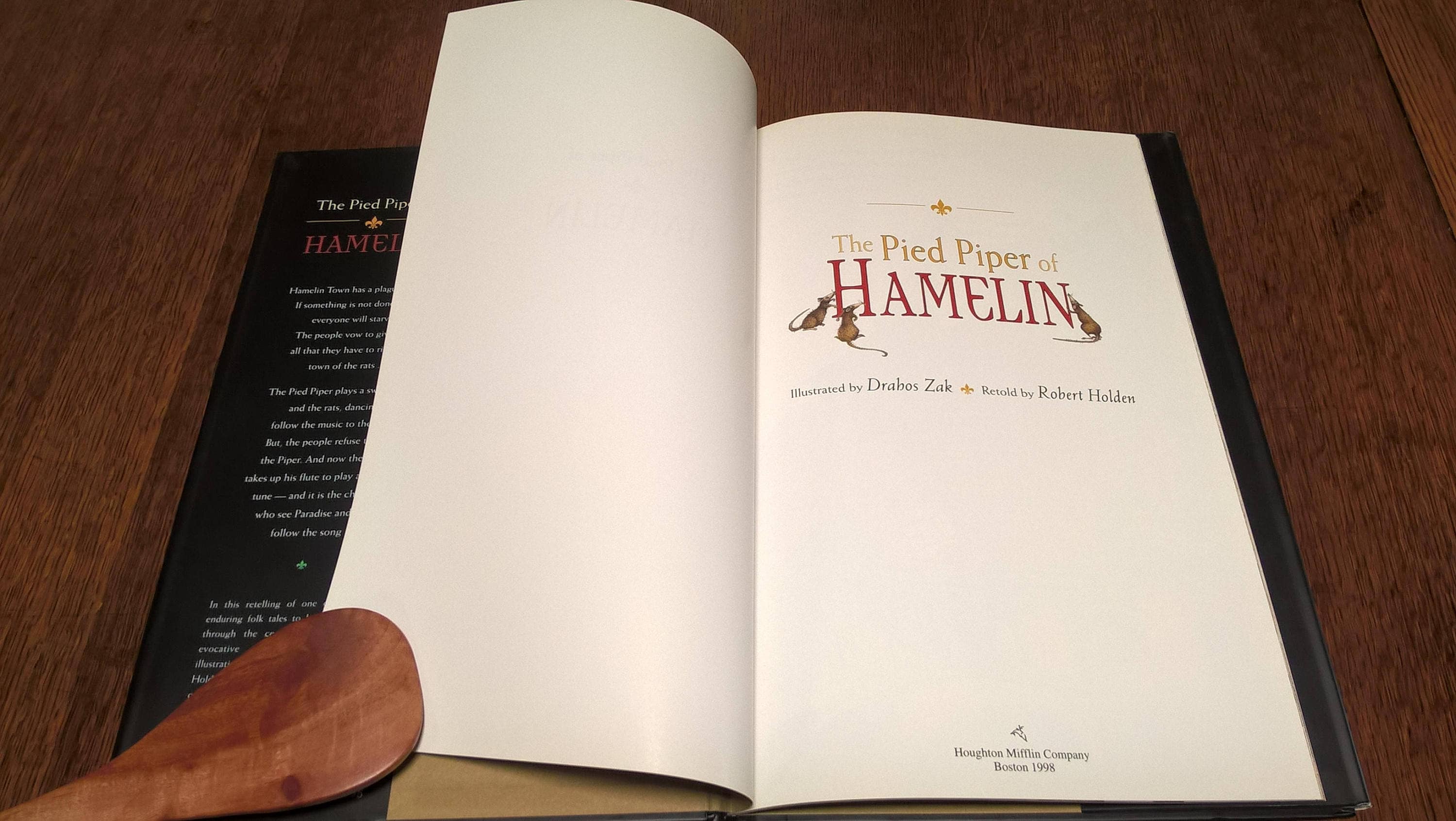 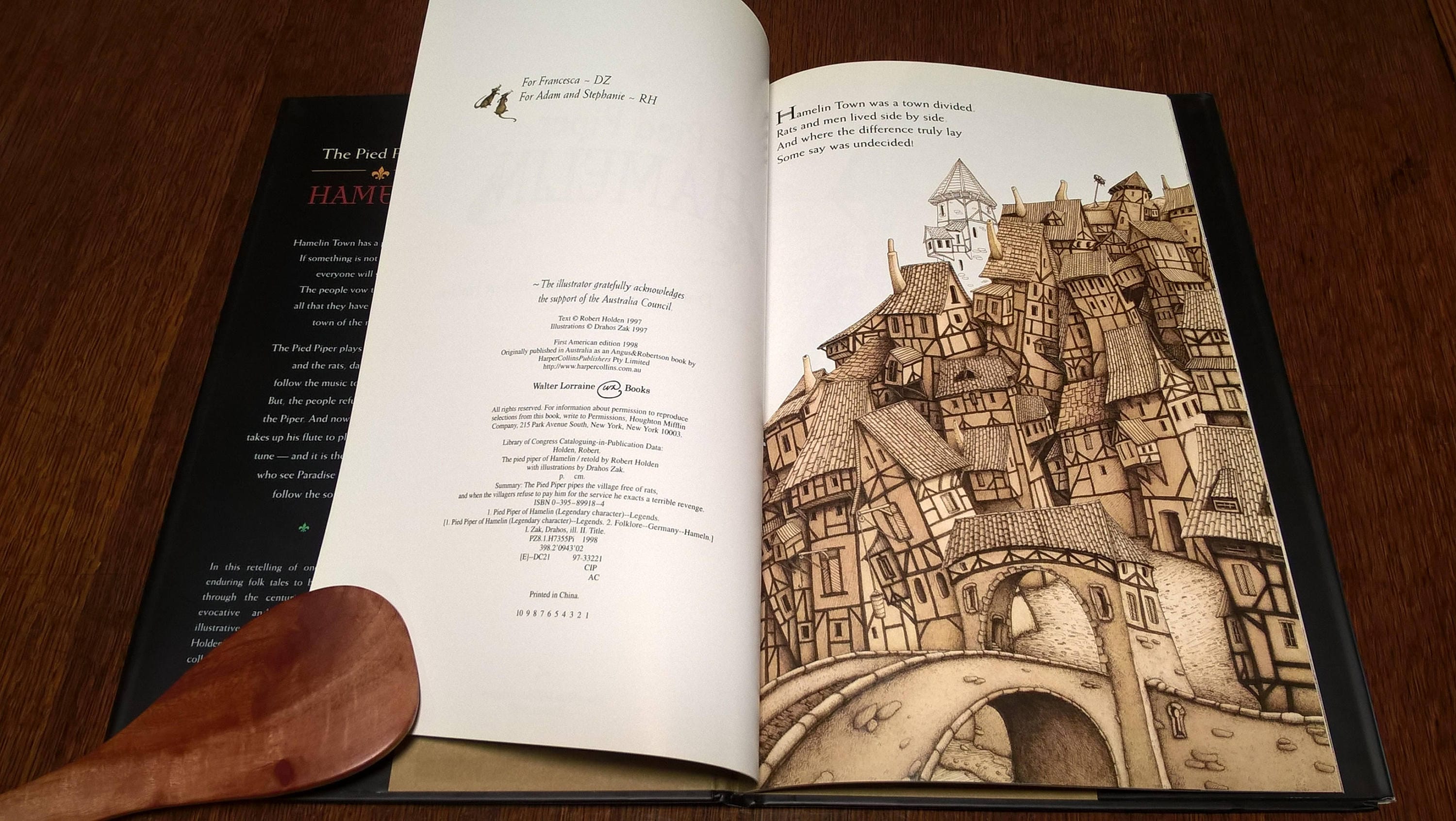 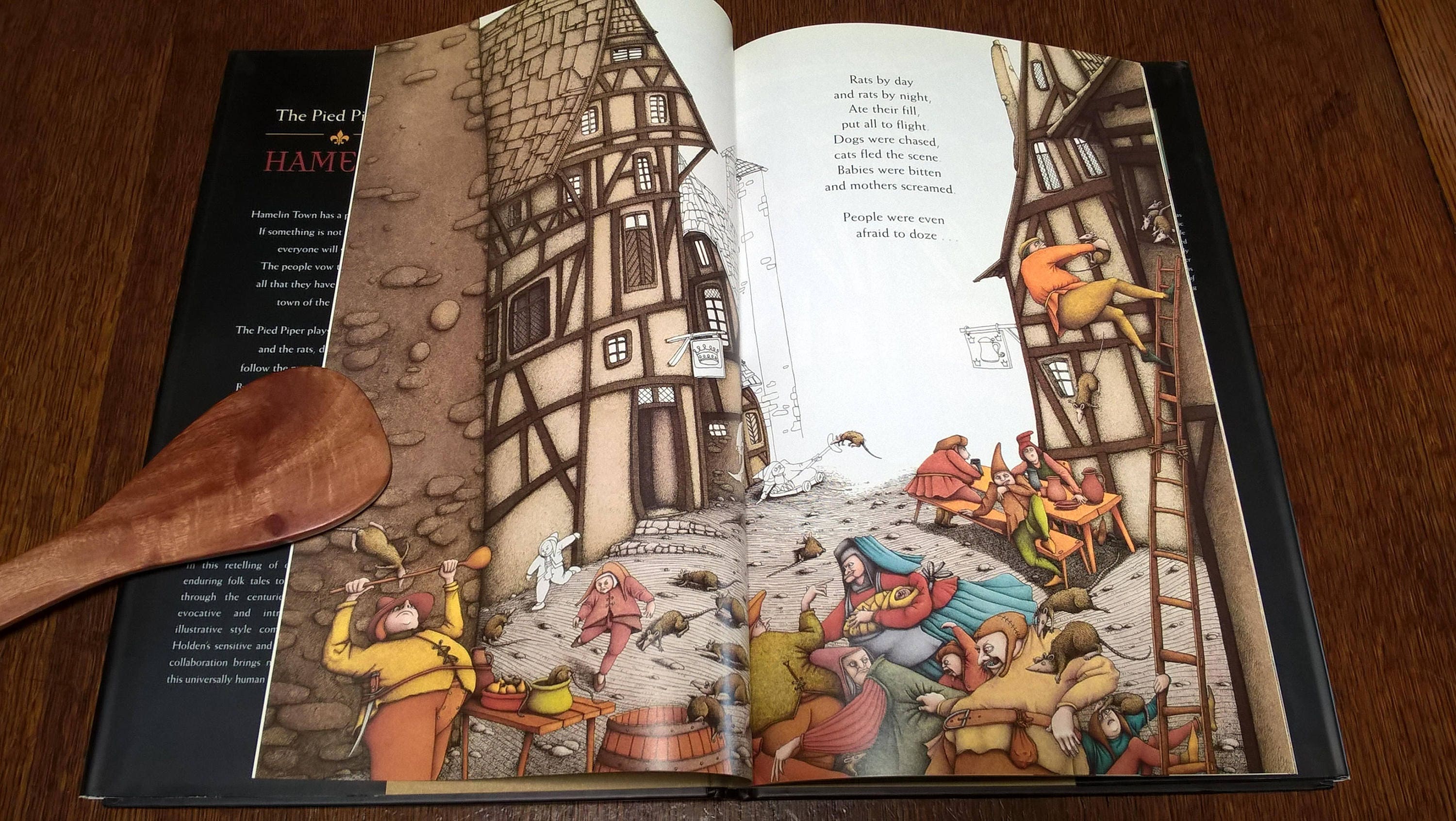 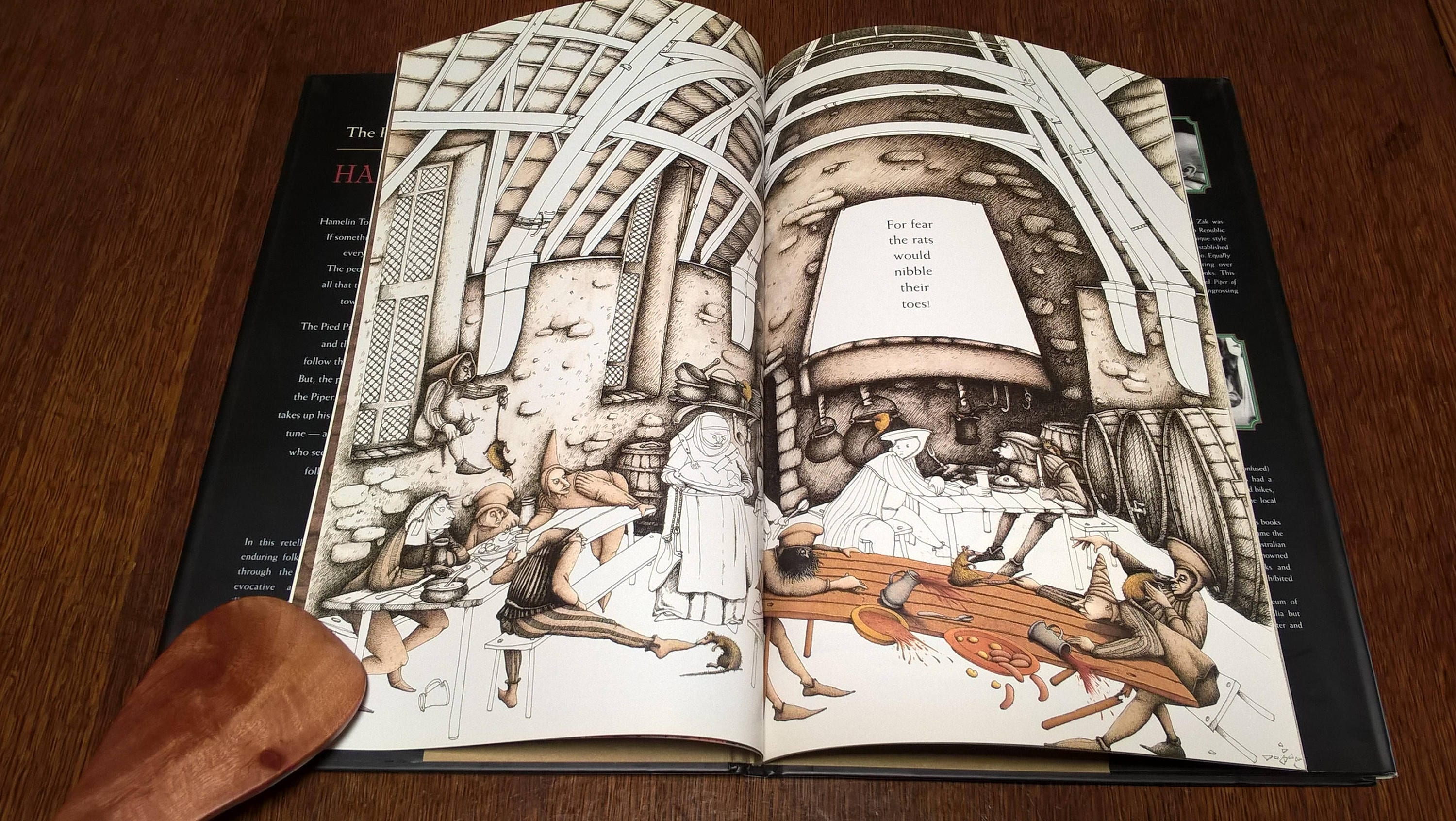 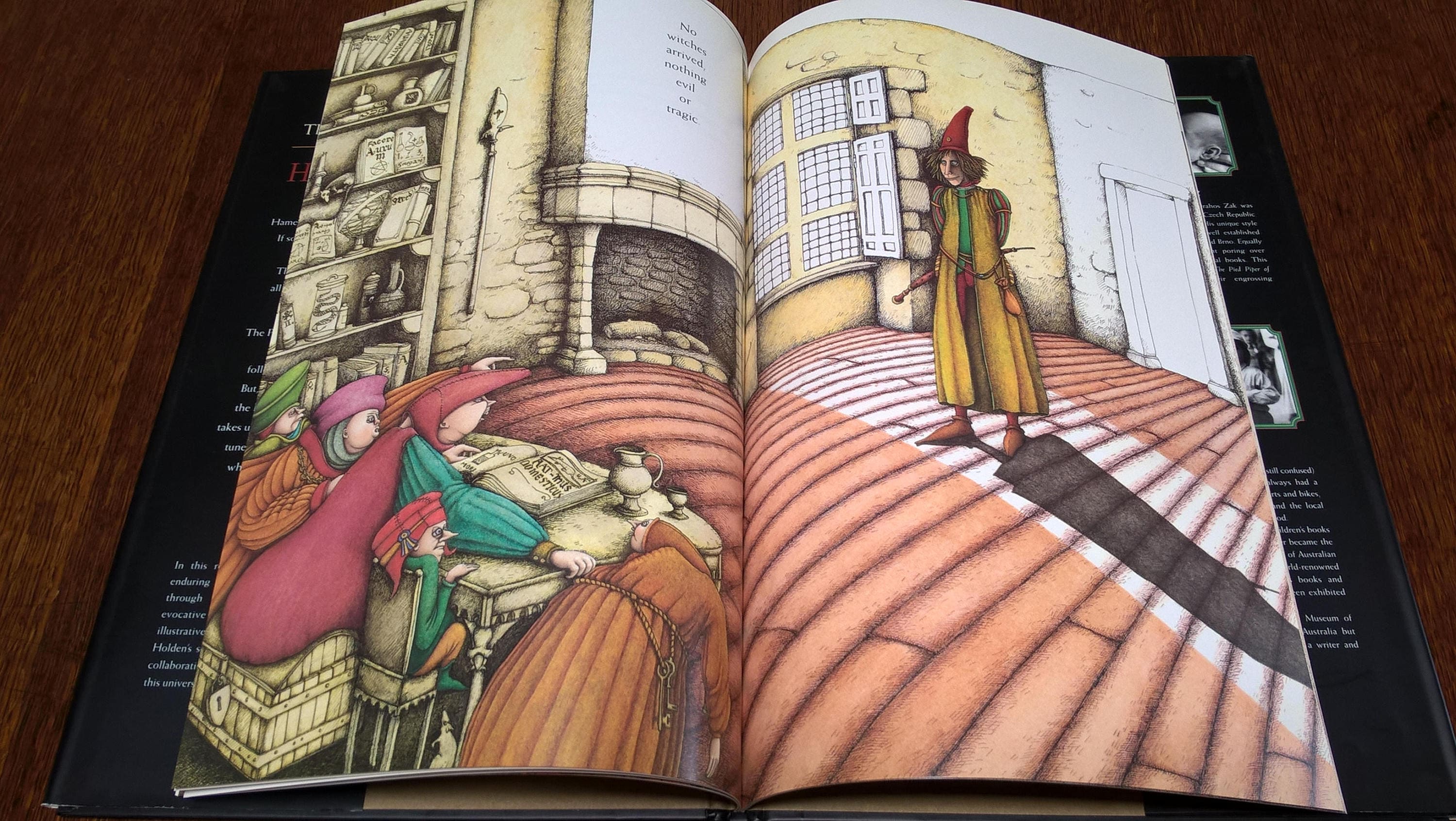 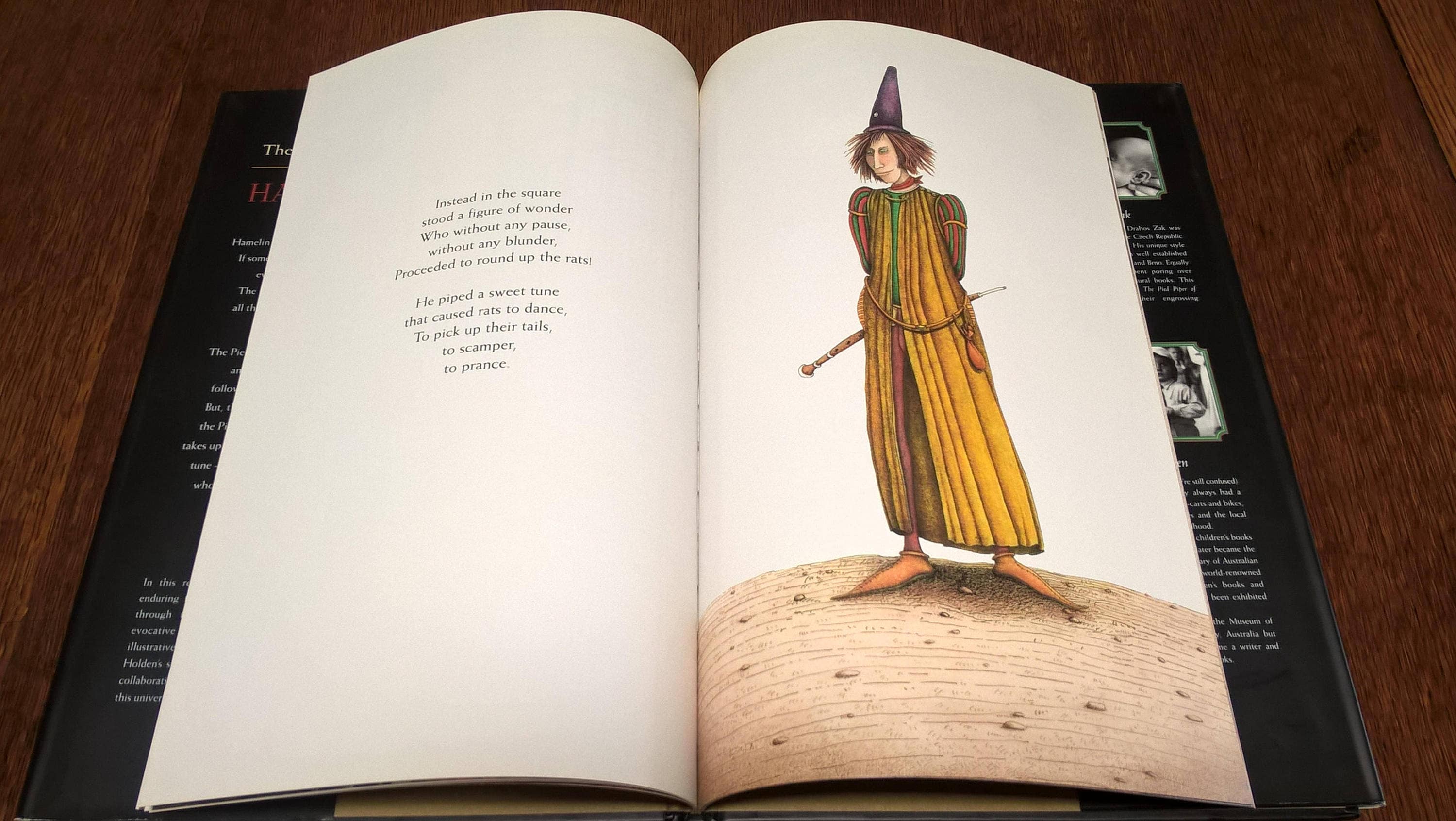 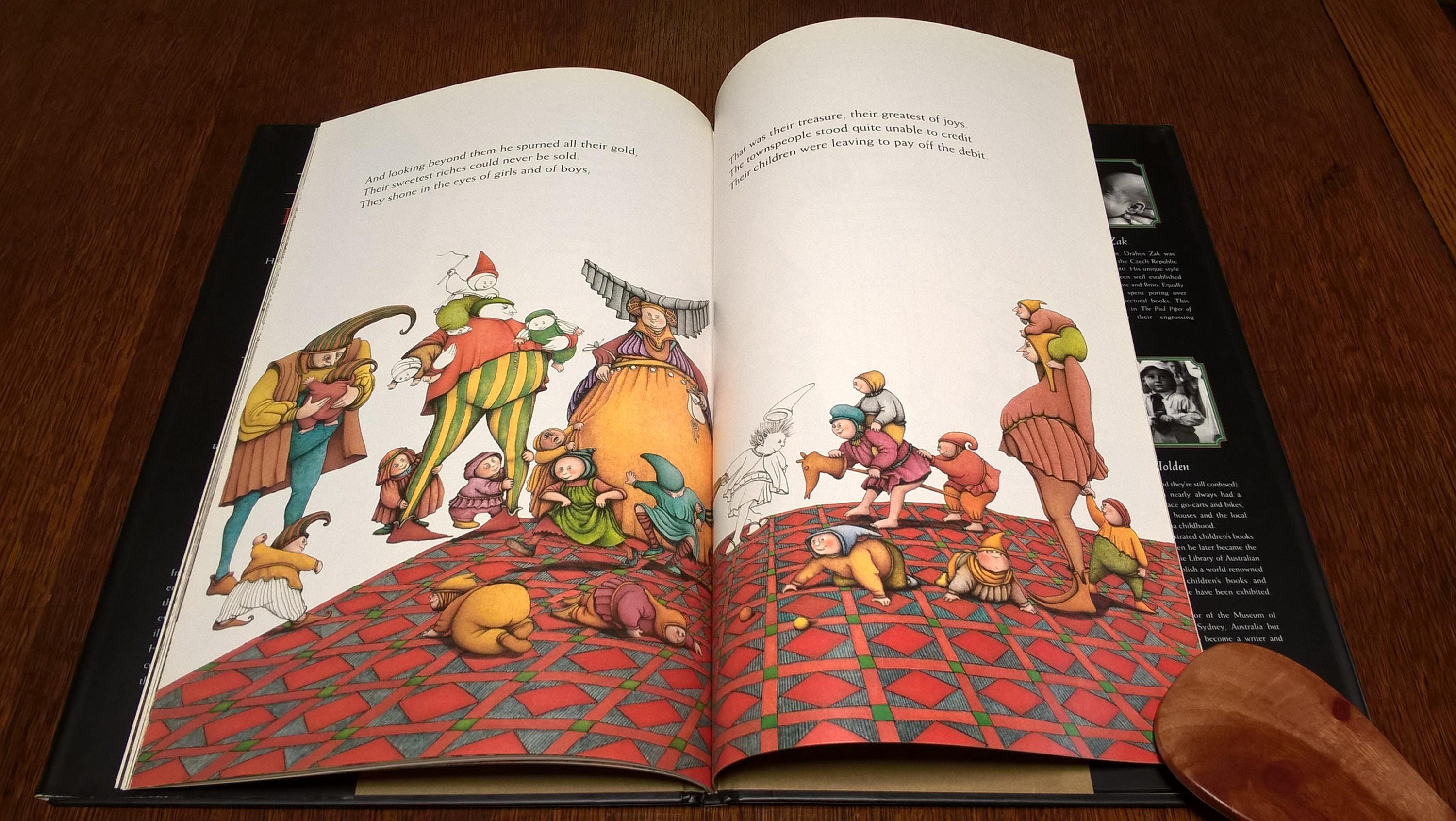 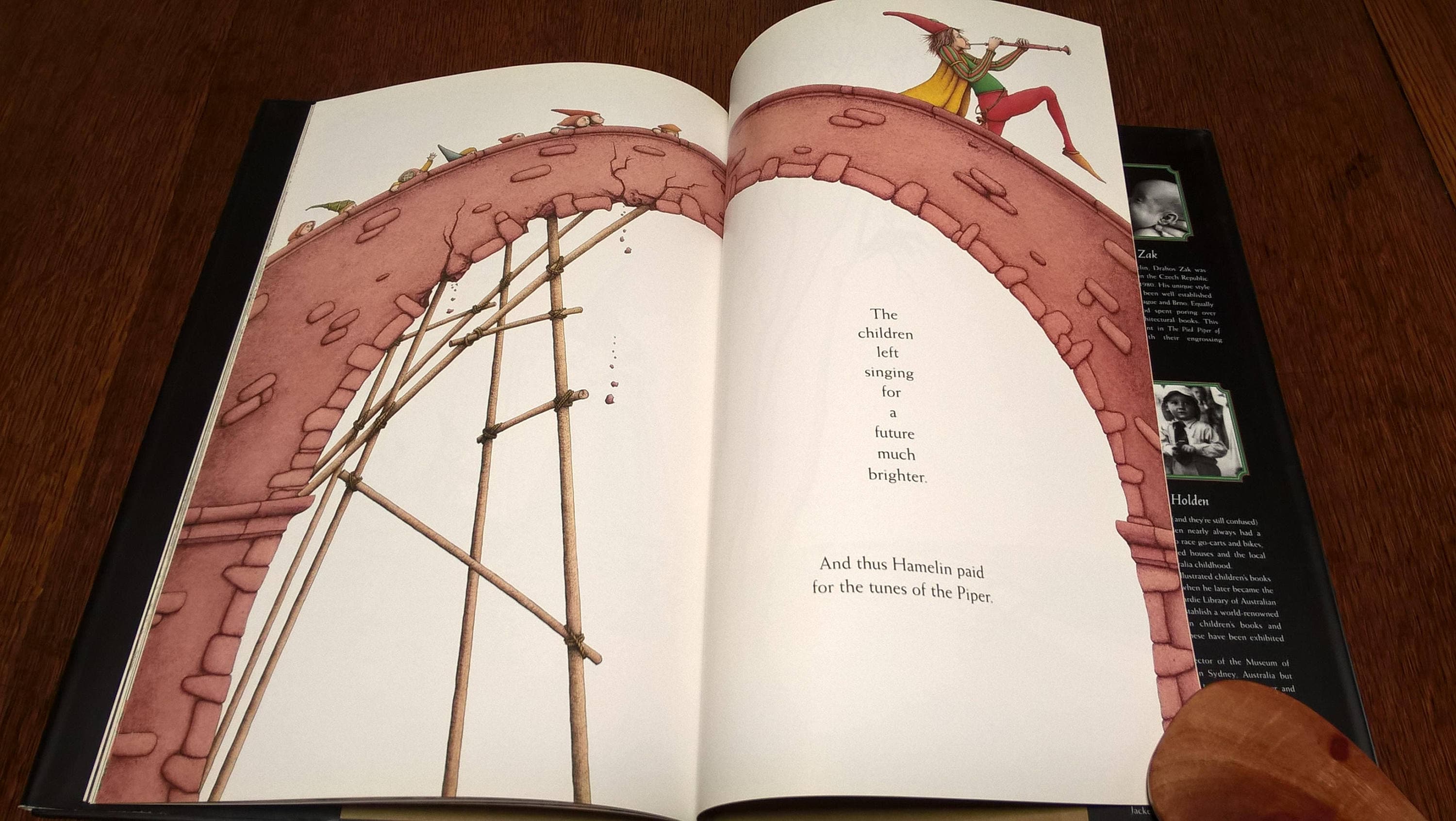 First American edition of The Pied Piper of Hamelin by Drahos Zak: The classic story of what can happen when you fail to pay the Piper.

As a child, I read the darkest, scariest, most thrilling fairy and folk tales, the closer to the original tales the better. Well before I was ready to concede on Santa Claus, I knew Red Riding Hood's true fate. Lesson: Don't go skipping off by yourself or be charmed by strangers. A timeless lesson.

Drahos Zak's full color and black and white illustrations of Hamelin, the villagers, the nasty rats, and the children are among my favorite pictures done for any children's picture book. His Pied Piper is a classic figure, and the villagers are properly grotesque.

There was a village of Hamelin in Germany, and there are documents that describe a church window that depicted the story of the Pied Piper. But there are many variations on the ending, with most not ending well for the children.

Spoiler, to set your mind at ease: In Holden's retelling of the Pied Piper of Hamelin, when the villagers refuse to pay him for ridding Hamelin of an awful rat infestation, he punishes their greed and dishonesty by luring away their children to "a future much brighter".

Whether the children are led to bright future, or an uncertain one, the lesson is the same: When the bill comes due, it's time to pay the Piper.