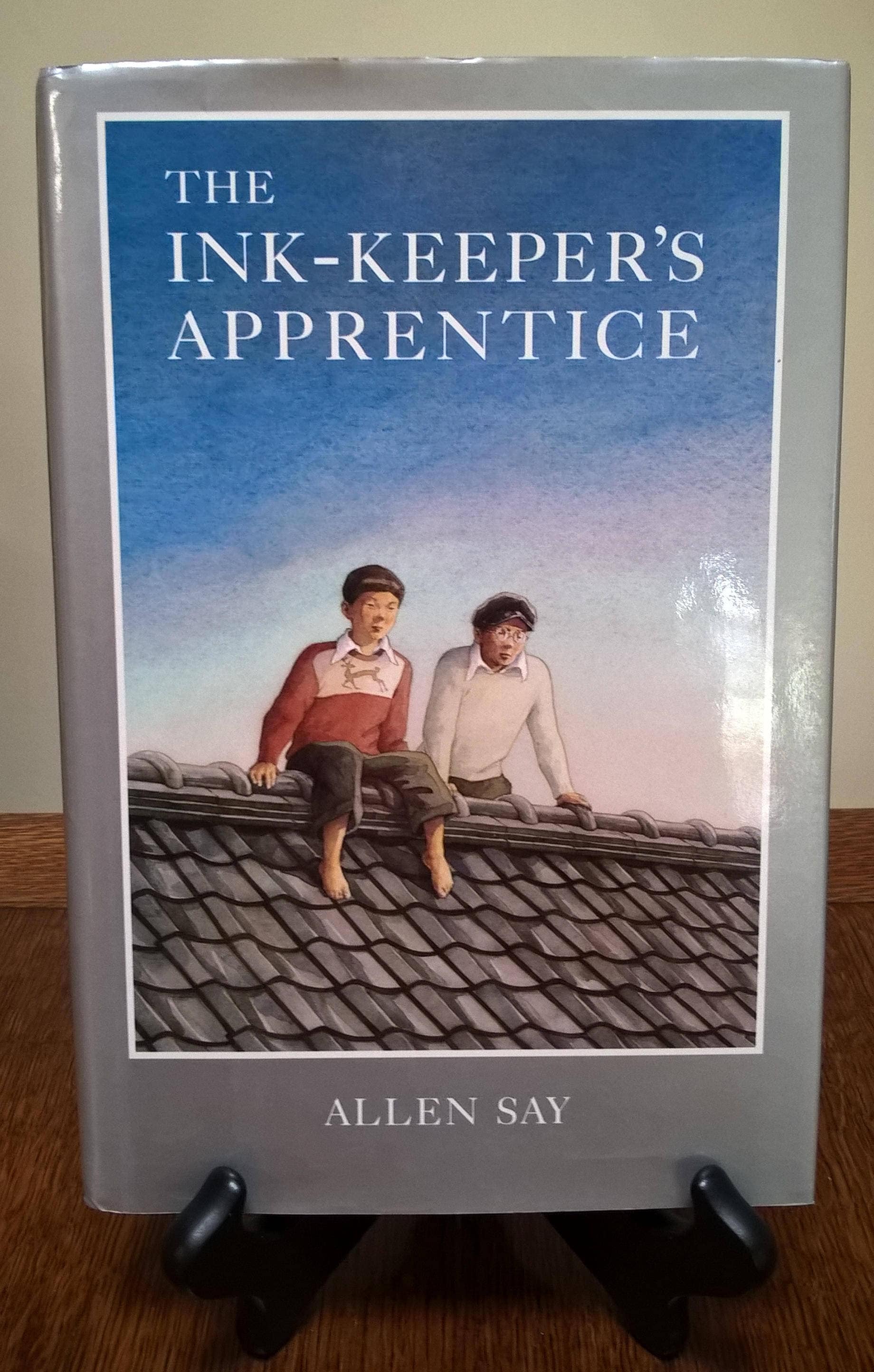 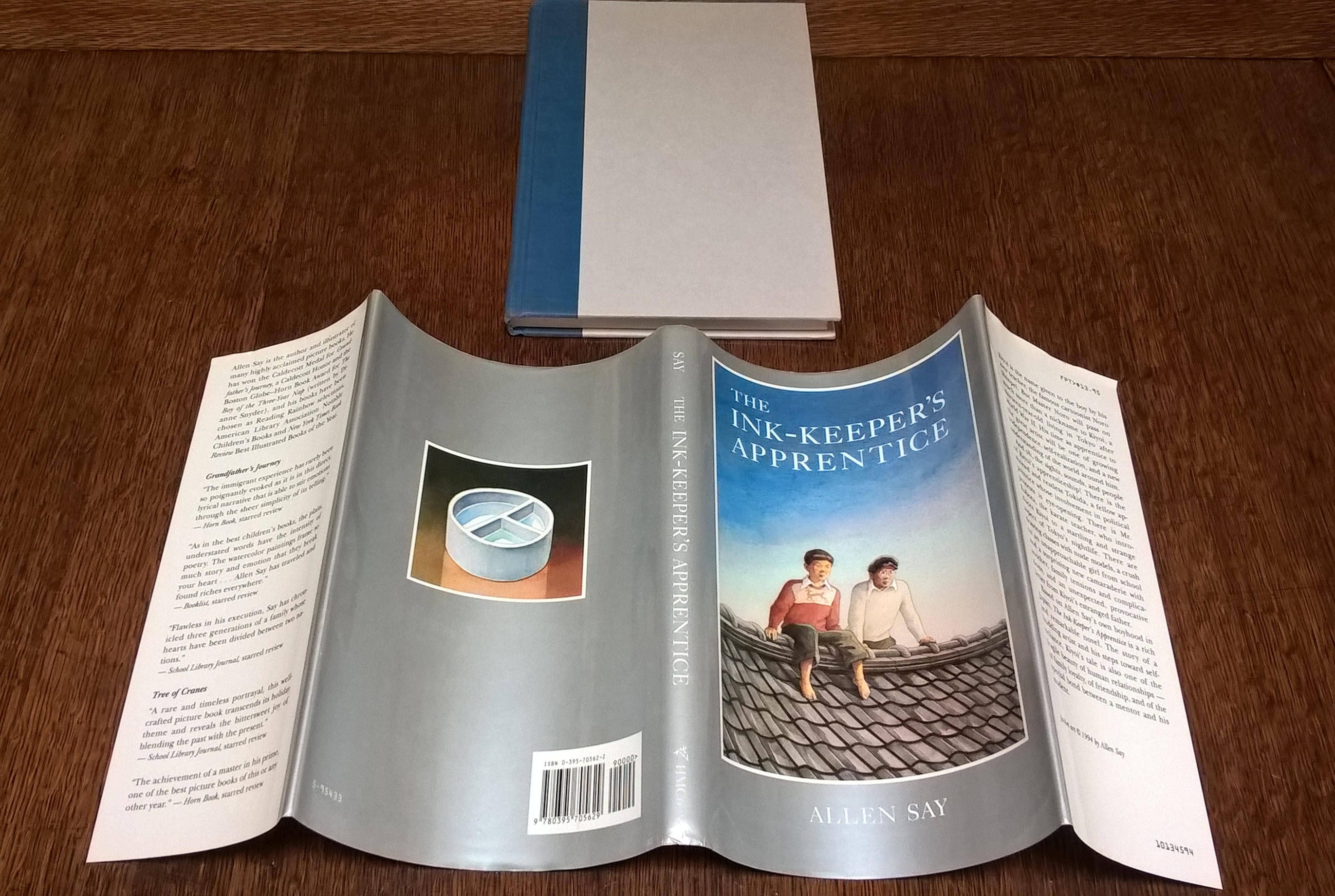 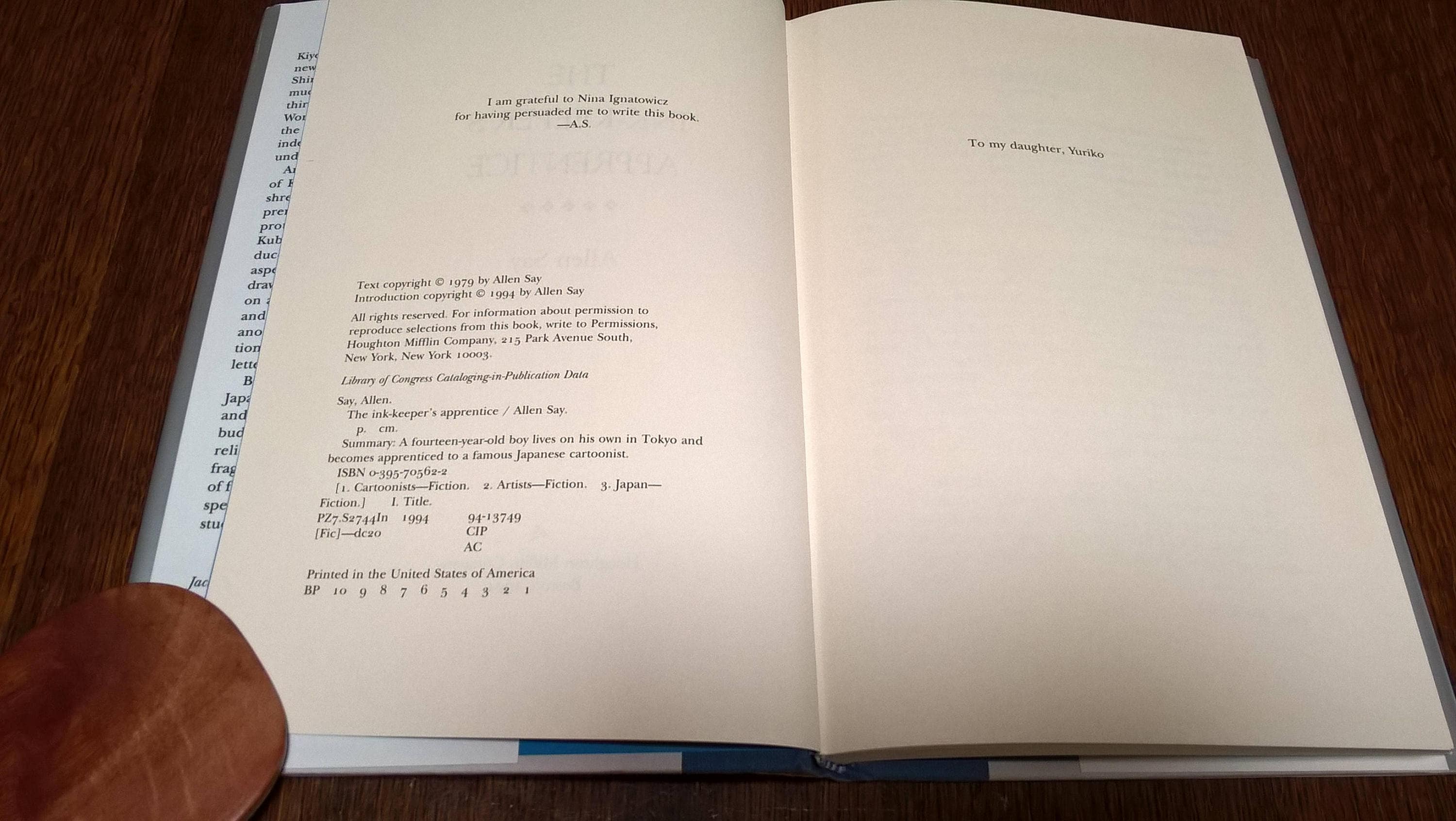 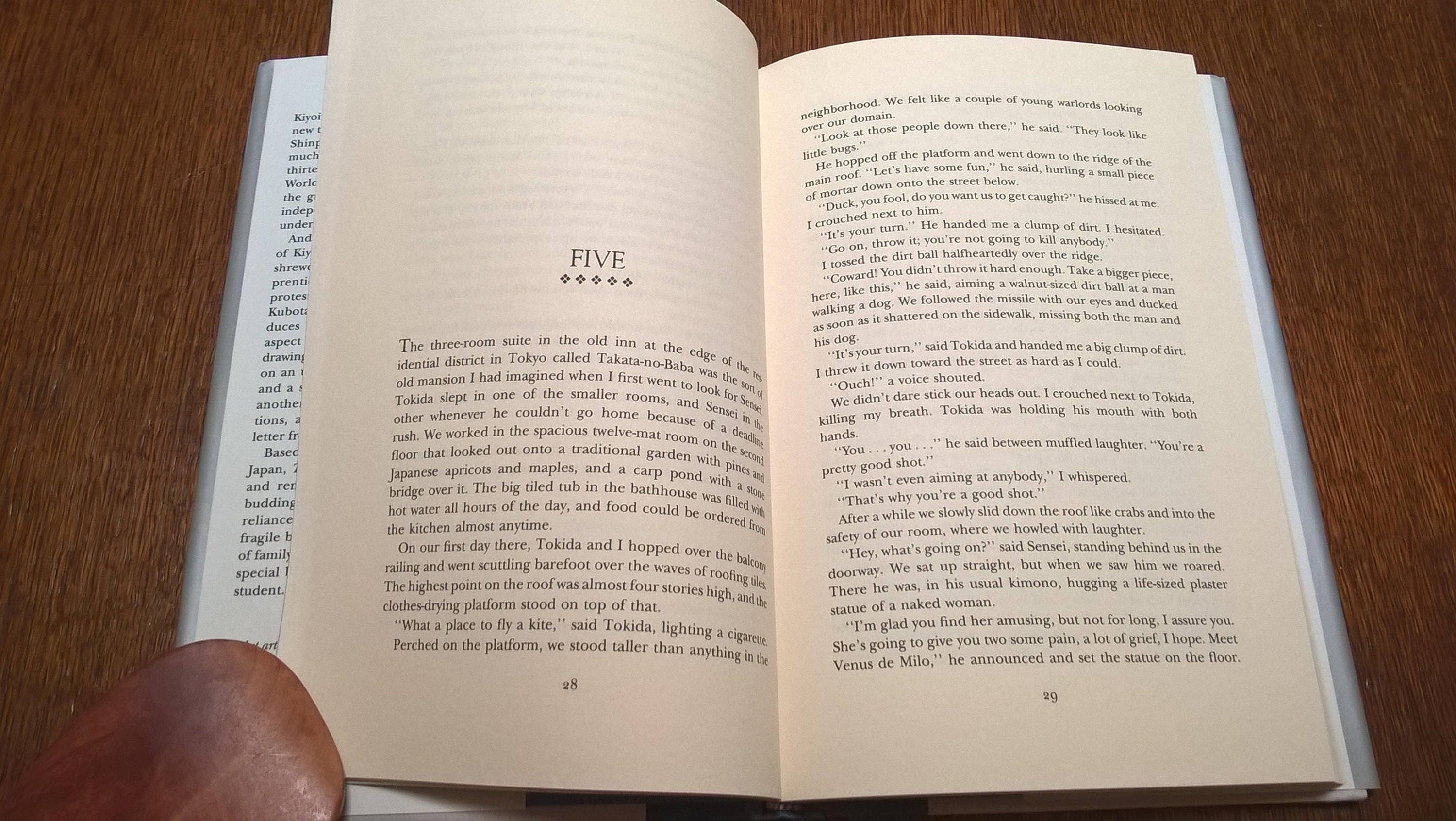 First edition of The Ink-Keeper's Apprentice by Allen Say: The author tells of his life in Japan under teacher and mentor Noro Shinpei.

Allen Say's writing is an island of beautiful prose, even in moments of longing and sadness. In the foreword Say quietly pulls out a chair and invites you to sit and listen to his story.

Kirkus Reviews: "... A sparkling, touch-true portrait of a young person coming into his own."

The Ink-Keeper's Apprentice is based on Say's childhood in Tokyo after World War II. He was apprenticed to a famous Japanese cartoonist, Noro Shinpei, who became Say's teacher and mentor, or Sensei. His apprentice nickname for Say was Kiyoi.

As he writes in the foreword:

"In 1982 I returned to Japan for my first-grade class reunion and discovered that my mentor, with whom I had lost contact for twenty-five years, was alive and well. We met in a Tokyo cafe and talked of the old days...I reminded Sensei of the lesson he had tought me, that to draw is to discover. "And to be astonished," he now added. Then he led me to a well-known Shinto shrine and bade me to make a wish. When I left him, he said he had prayed that I would become a great artist. I had prayed that Sensei would live a long life.

"Last year, when Grandfather's Journey was published, I sent him the first copy I received from my publisher. And Sensei replied:

"Thank you for the book. When I opened the package and saw the cover, I swallowed a breath. It is a splendid work. The boy who used to run around on the roof of the inn where I worked has become a mature artist. Next year I will be an old man of eighty, but I plan to go on living awhile, to watch your craft deepen."

Grandfather's Journey, published before it was awarded a Caldecott Medal, is available at The Charmed Bookshop in the Awards section.