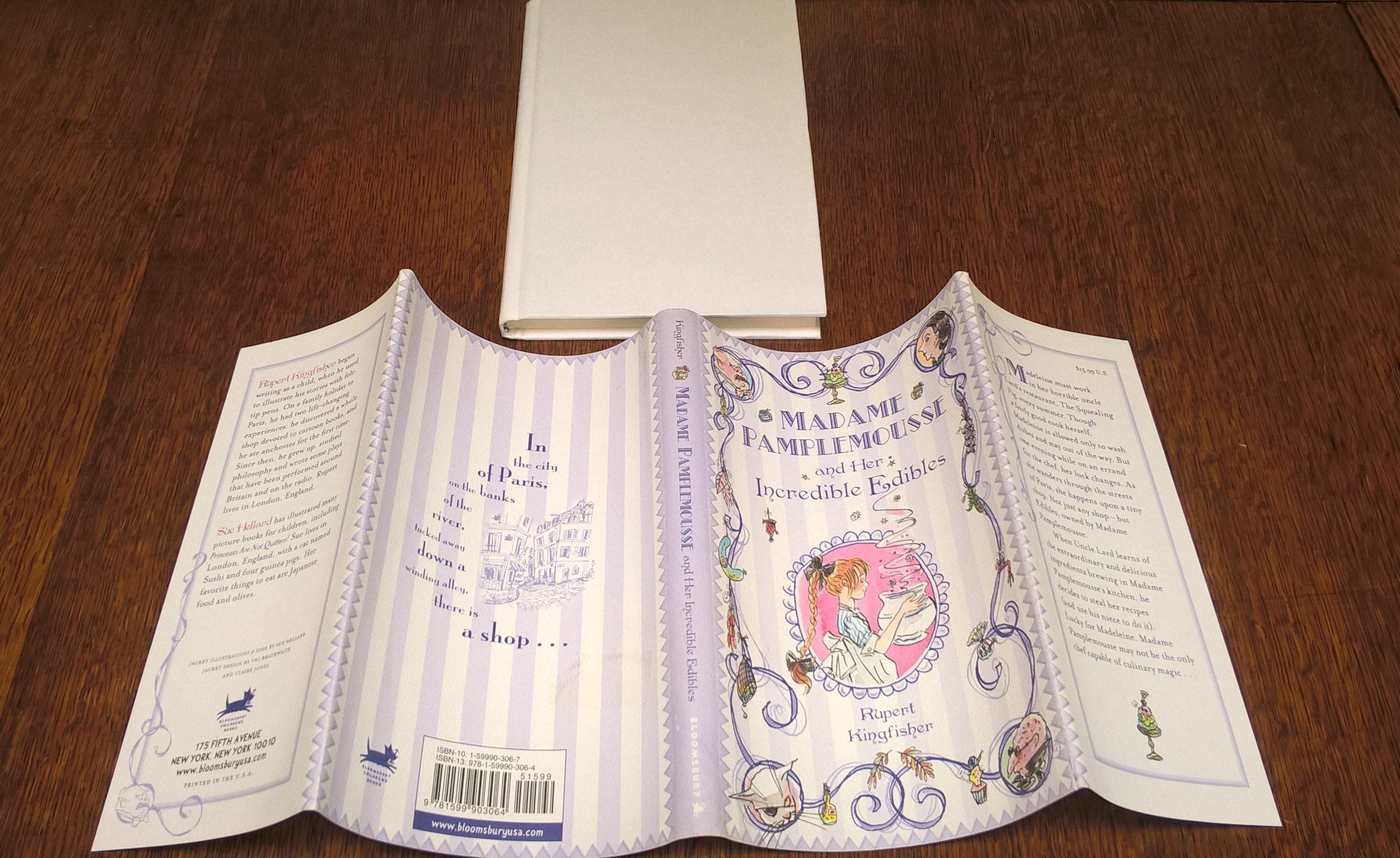 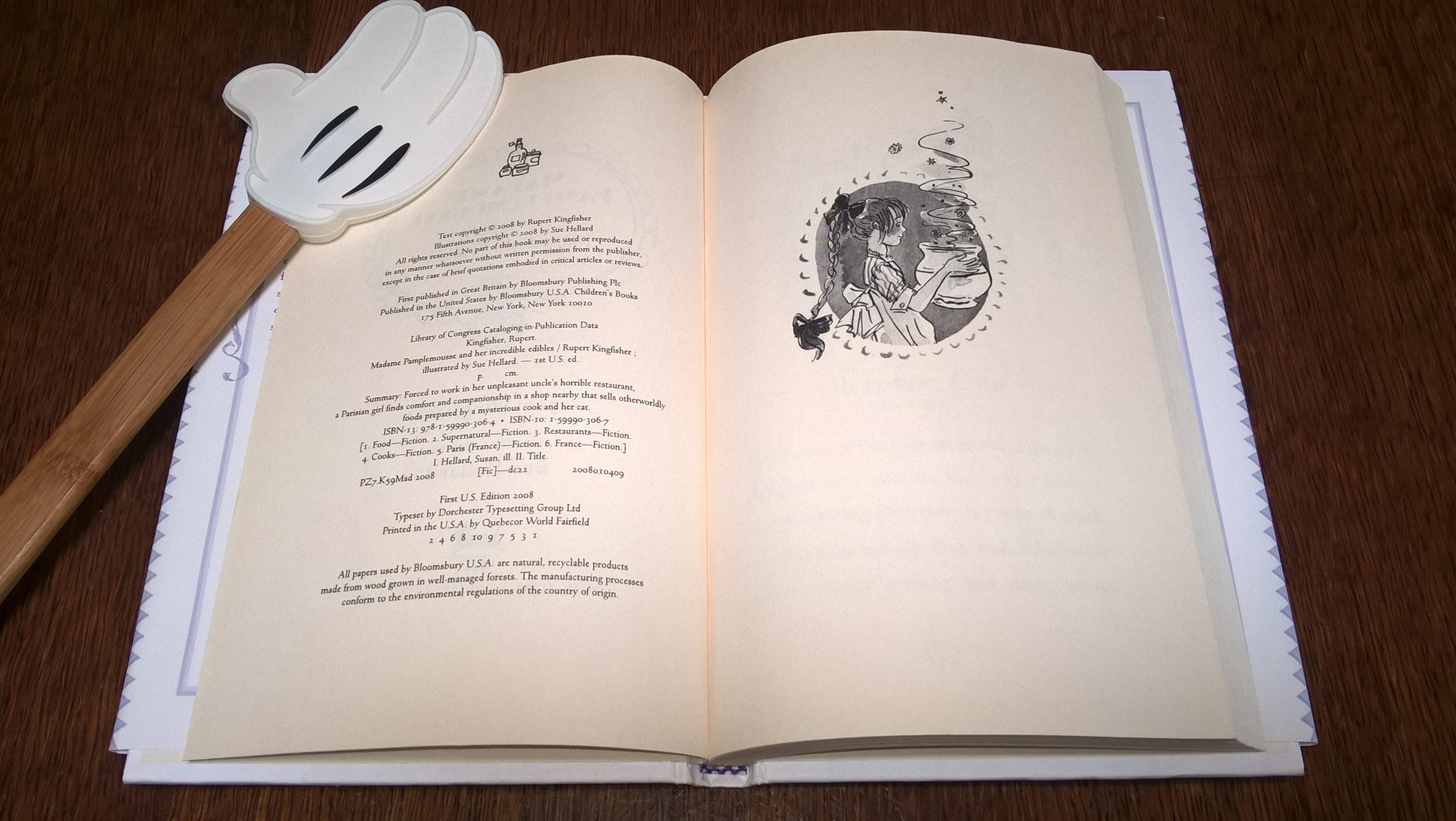 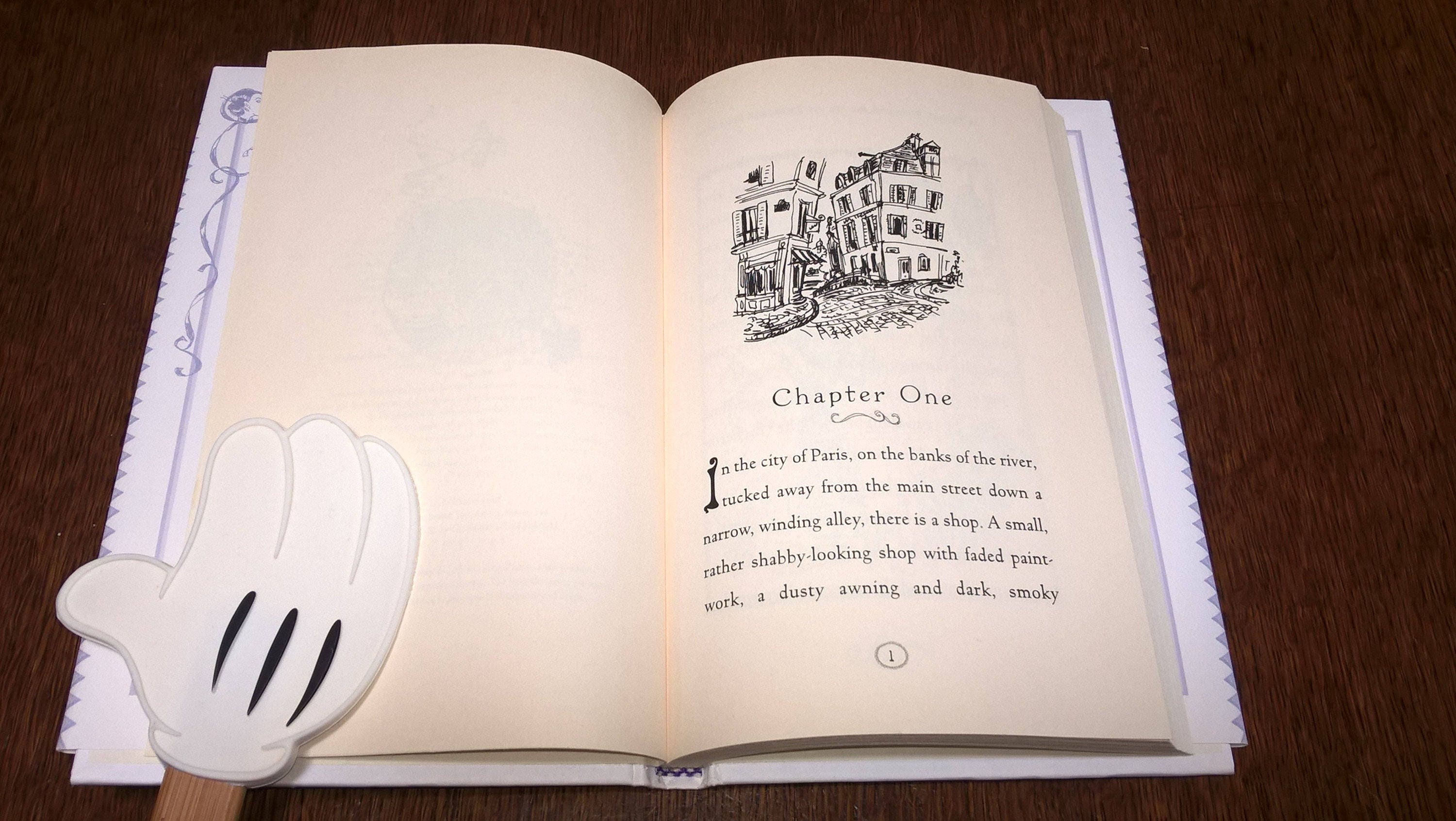 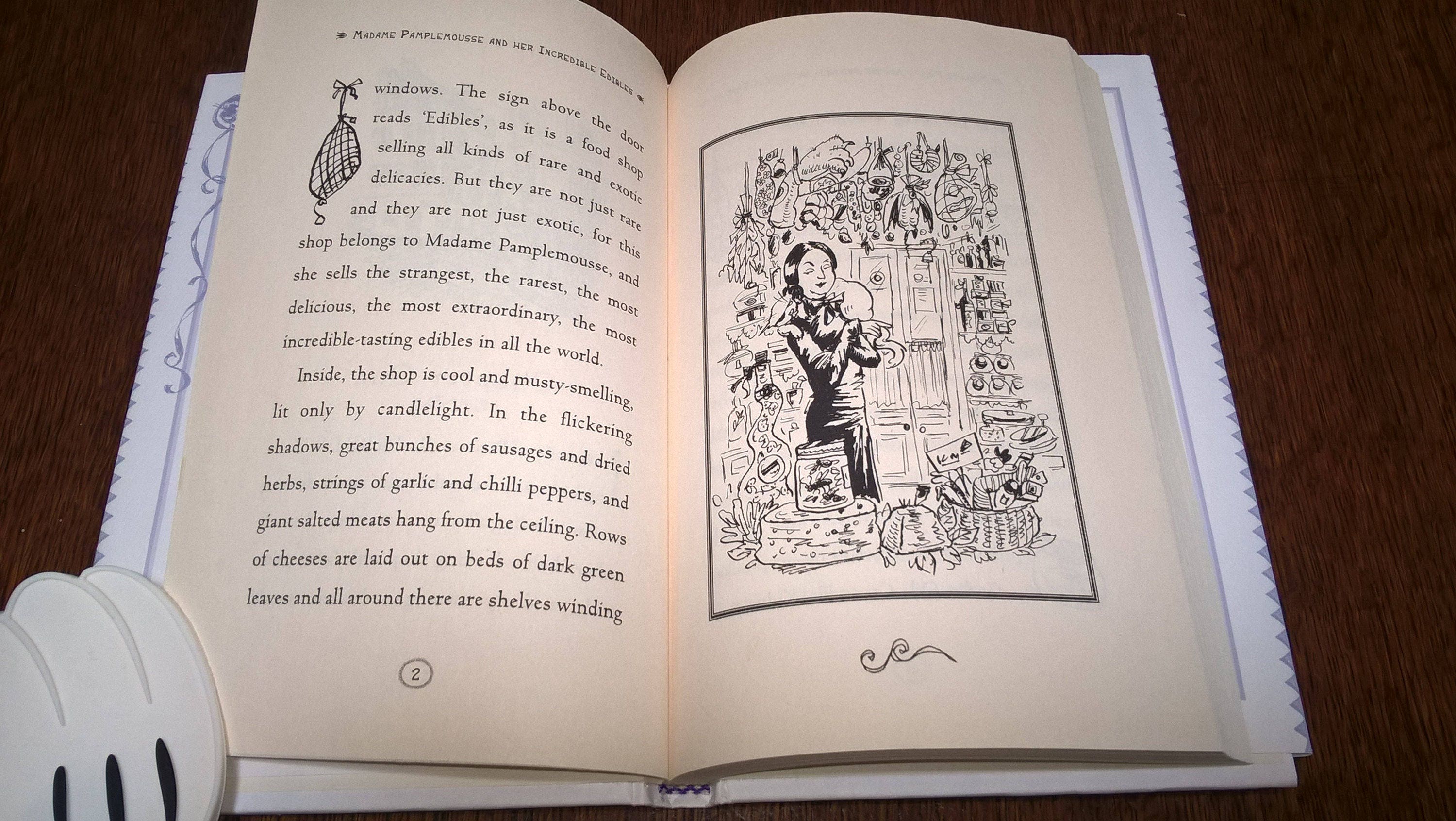 In this Cinderella story set in Paris, Madeleine is sent to the city every summer to work for her uncle, Monsieur Lard, in his dreadful restaurant, the Squealing Pig. And yet, like every seemingly crooked path that leads to the place we're meant to be, uncle's nasty little restaurant leads Madeleine to Edibles, the astoundingly delicious restaurant owned by the charming Madame Pamplemousse and her cat Camember. Madeleine is dazzled by exotic dishes such as pâté of North Atlantic sea serpent with green peppercorn mustard, pterodactyl bacon, and other culinary wonders. Eventually, all of Paris is dazzled!

"Kingfisher’s first novel is a sensory delight, with well-paced prose and the playful language of Roald Dahl and Lemony Snicket, the magic of J.K. Rowling, Julia Child’s passion for French cuisine and the rhythms of Ludwig Bemelmans’s own story of a Parisian girl named Madeline. Hellard’s black-and-white line drawings help to keep this concoction lighter than air: Like a good soufflé, it puffs over the top but holds together for a delectable treat."

According to his Bloomsbury bio, "Rupert Kingfisher's favourite authors as a child were Roald Dahl, Susan Cooper and Ursula le Guin. He also loved American horror comics and French cartoon books such as Asterix and Tintin. It was on a family holiday to Paris that he visited a bookshop dedicated to books such as Tintin - and also ate anchovies for the first time, on a pizza from a street vendor. He says that both experiences were equally life-changing." He now lives in Brentford, Middlesex.

Susan Hellard also illustrated Princesses Are Not Quitters and I Was Jane Austen's Best Friend, and the sequel, Jane Austen Stole My Boyfriend, and other Bloomsbury children's books.

Condition*: Fine/Fine. The back of the dust jacket shows a partial shadow from a label.