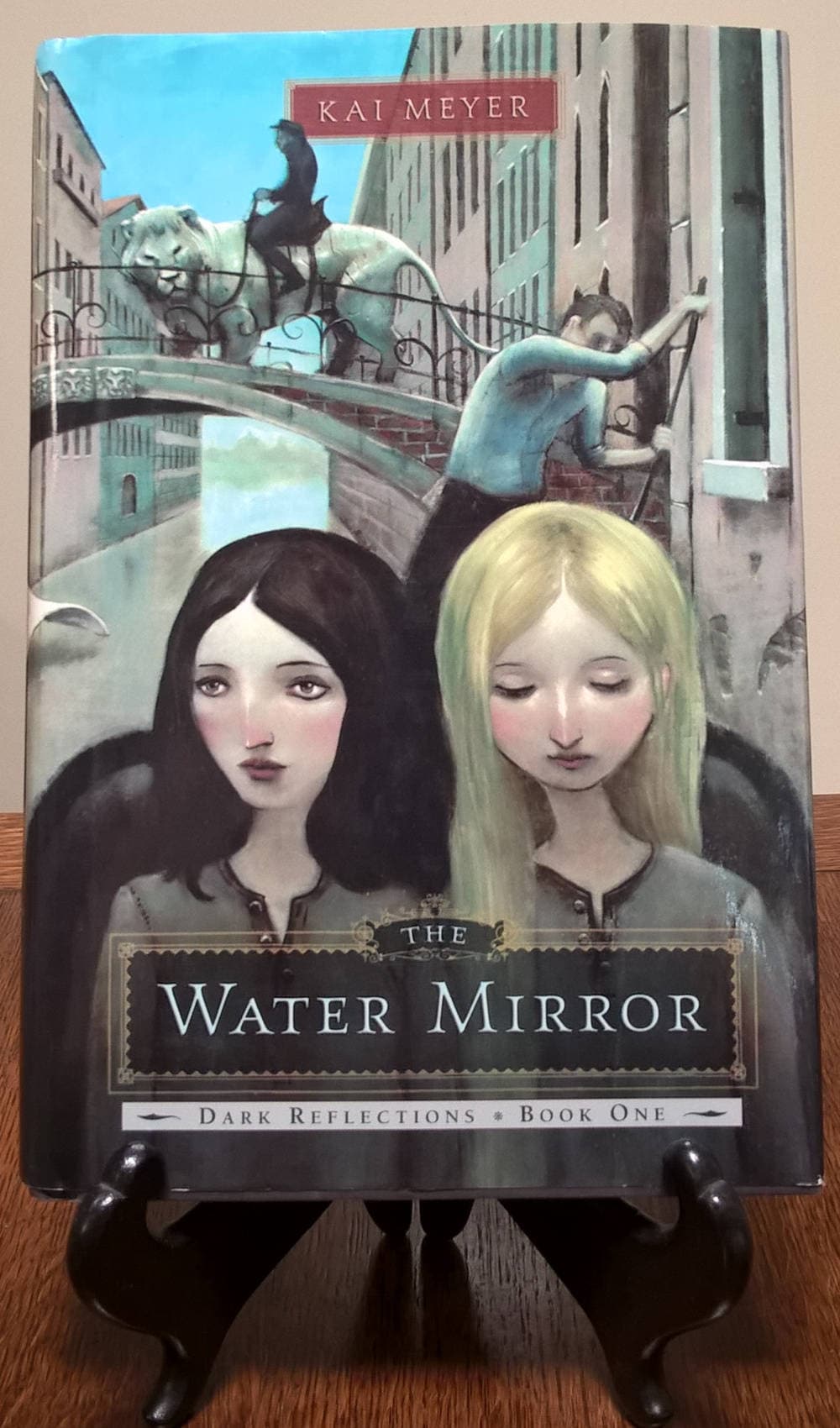 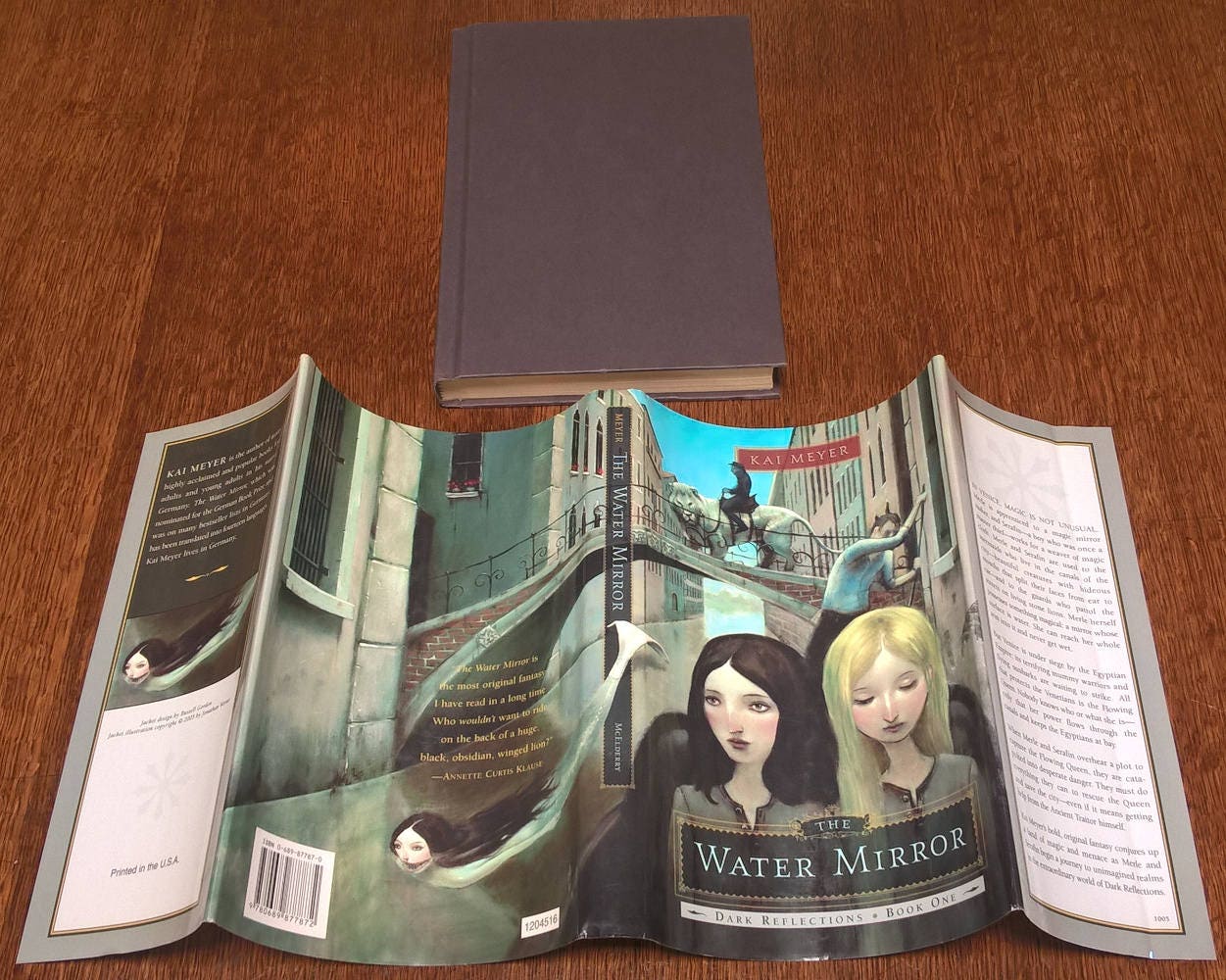 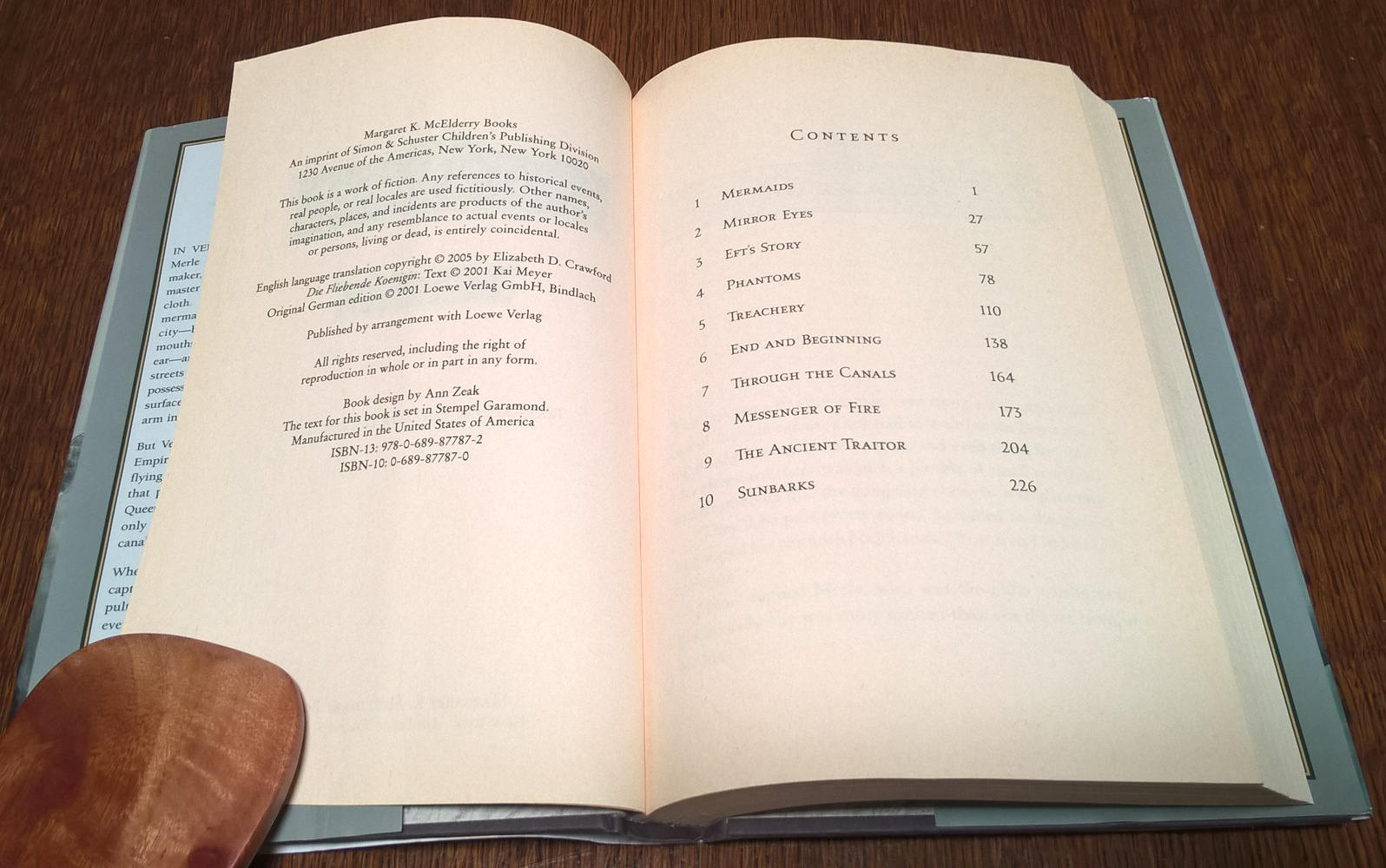 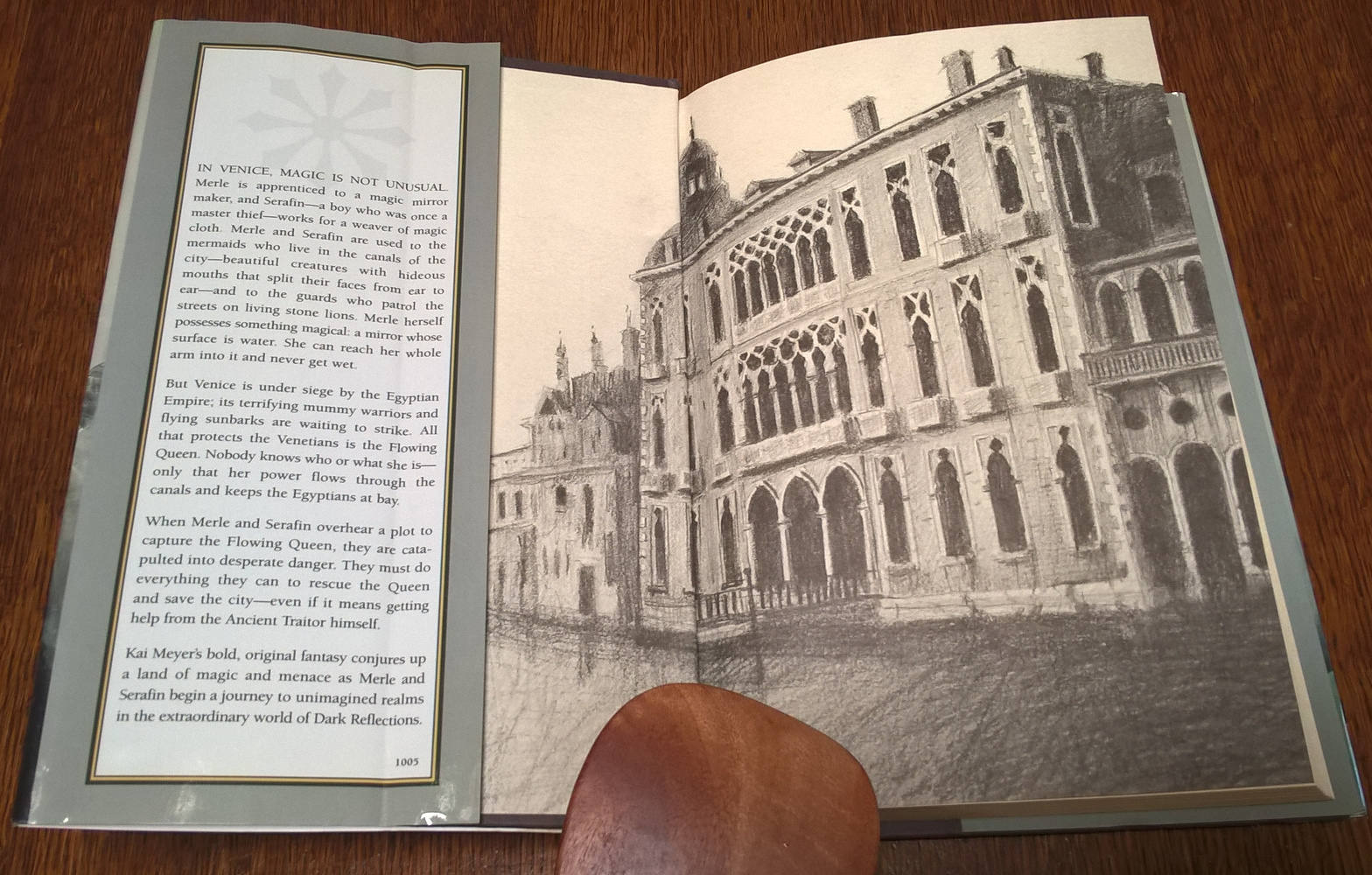 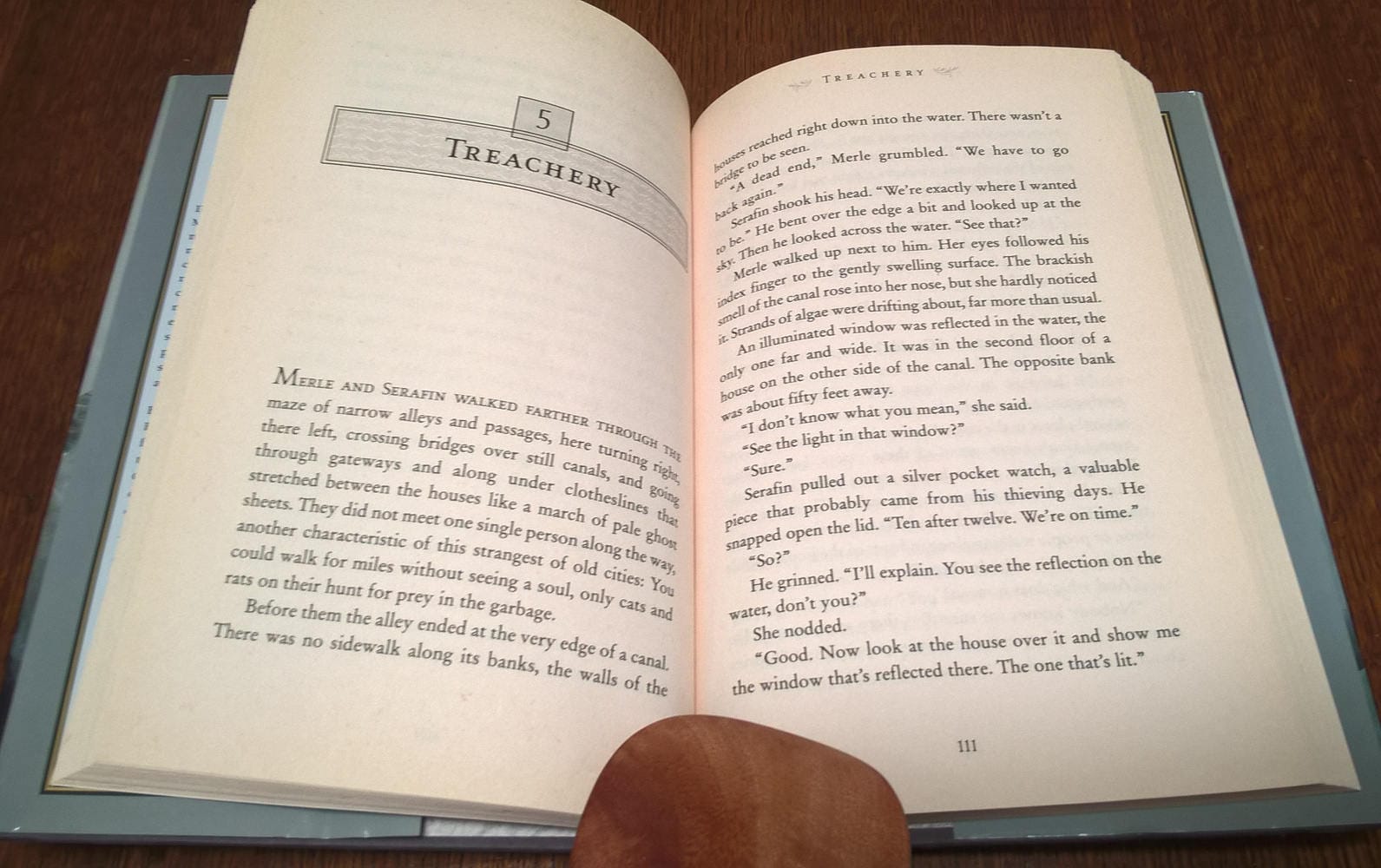 First edition of The Water Mirror by Kai Meyer: Egyptians conquered the world and the Pharaoh rules, and one girl stands to tip the balance of power. Book #1 of the Dark Reflections series.

The Water Mirror is the first book in the Dark Reflections series, followed by The Stone Light and The Glass Word. The story is set in Venice in 1900, the last city to survive Egyptian conquest. A great read for fans of fantasy or readers interested in exploring European stories. From the New York Times review:

"For all the Italian setting, the literary references are mostly northern. Meyer draws on the stormy symbols and atmosphere of German Romanticism -- Goethe's Faust, E. T. A. Hoffmann's tales, La Motte Fouqué's Undine -- for his tone and motifs. The story takes place around 1900, some 50 years after the Pharaoh Amenophis has awakened in his pyramid and set out to conquer the world with flying sunbarks manned by mummy soldiers. Only Venice has survived, thanks to the protection of the Flowing Queen, the embodiment of the lagoon. Merle, apprenticed to a workshop that makes enchanted mirrors, stumbles on a secret meeting of traitorous councilors plotting to sell their city to the pharaoh.

With the Flowing Queen's power under threat, Satan sends a messenger to offer help in exchange for a drop of blood from each citizen of Venice. (In this world, Hell is a real place, discovered in 1833 by a National Geographic Society expedition to the earth's interior.) Merle resolves to save the queen and Venice, with the help of the handsome weaver's apprentice next door. Melancholy mermaids, including one who trades her tail for legs, haunted mirrors, a blind girl given new eyes by a magician, a loyal thief and a prince of lions round out the fairy-tale themes."

Kai Meyer is one of Germany's most acclaimed writers, author of nearly 50 books and translated into 27 languages. The Water Mirror was a School Library Association Best Book.

Condition*: Fine/Near fine. There's a fold along the front flap of the dust jacket, as pictured.