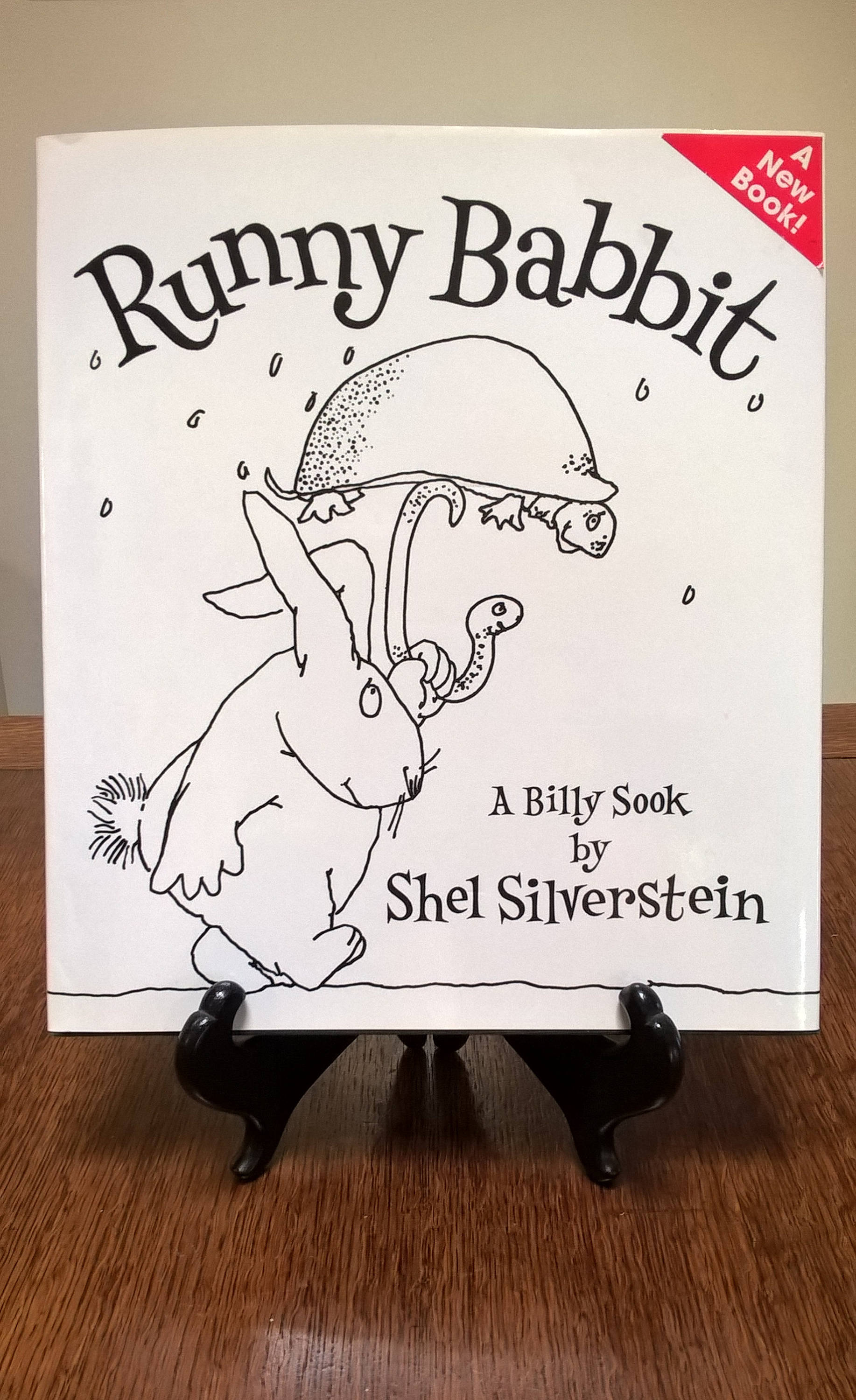 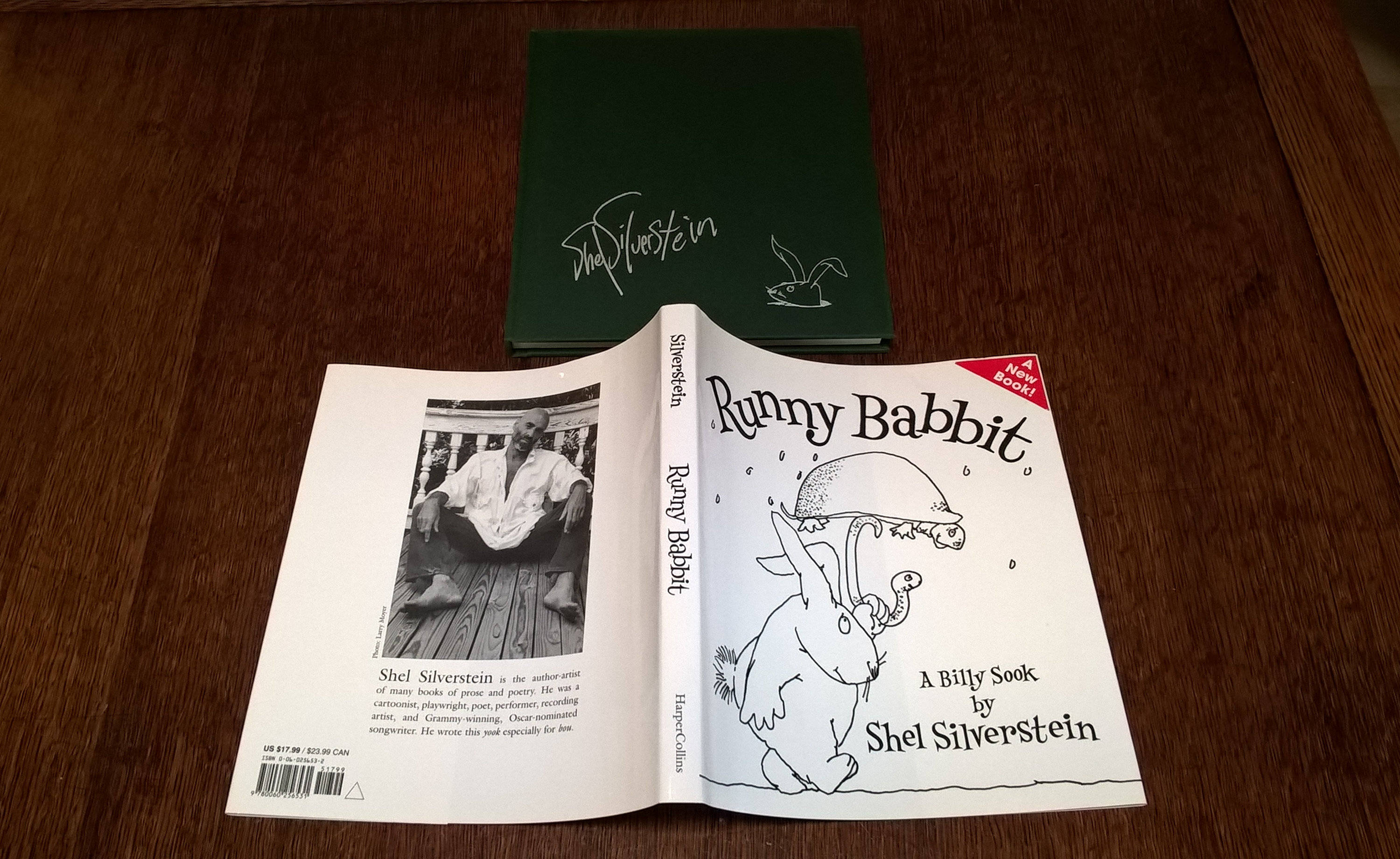 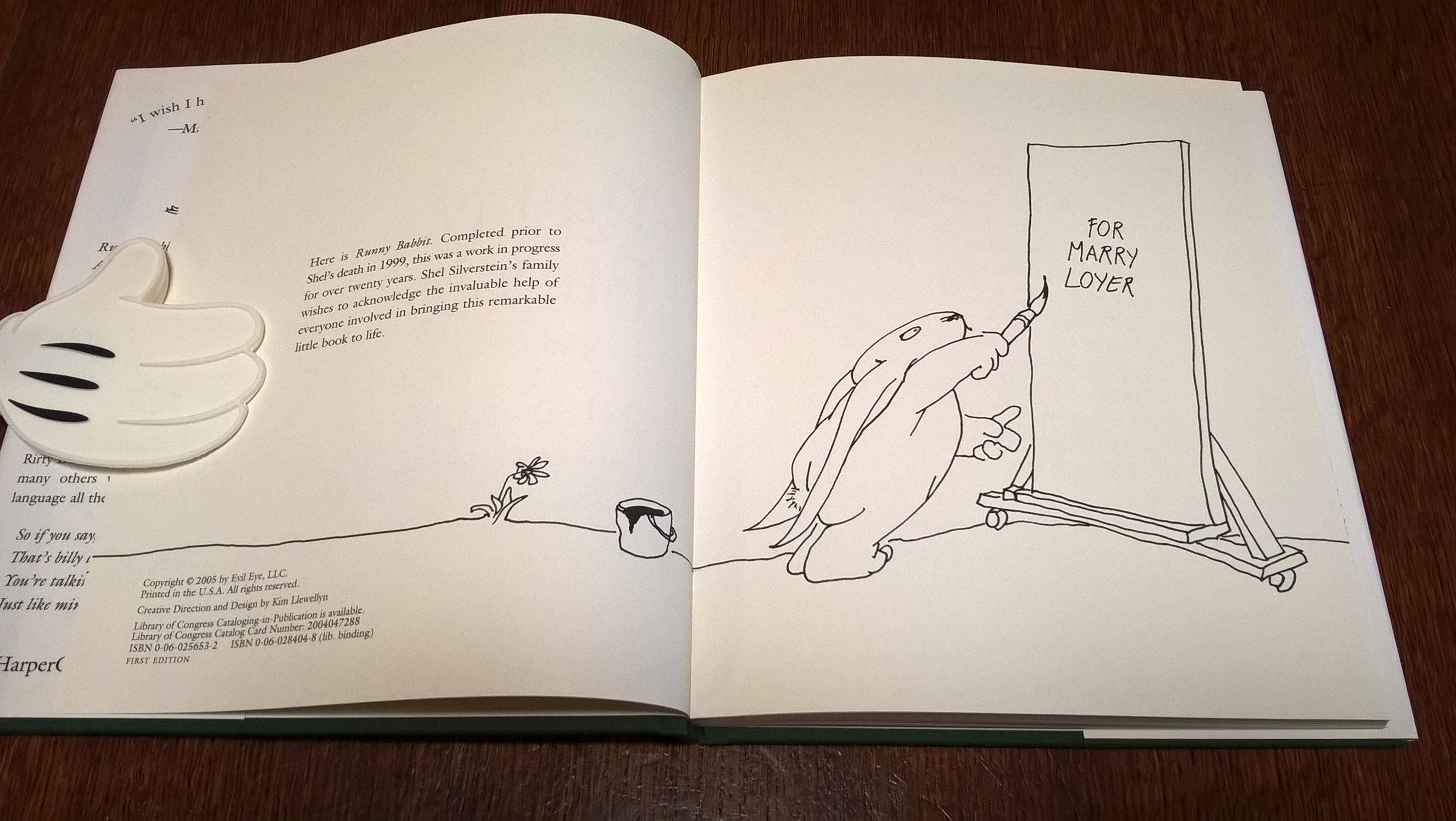 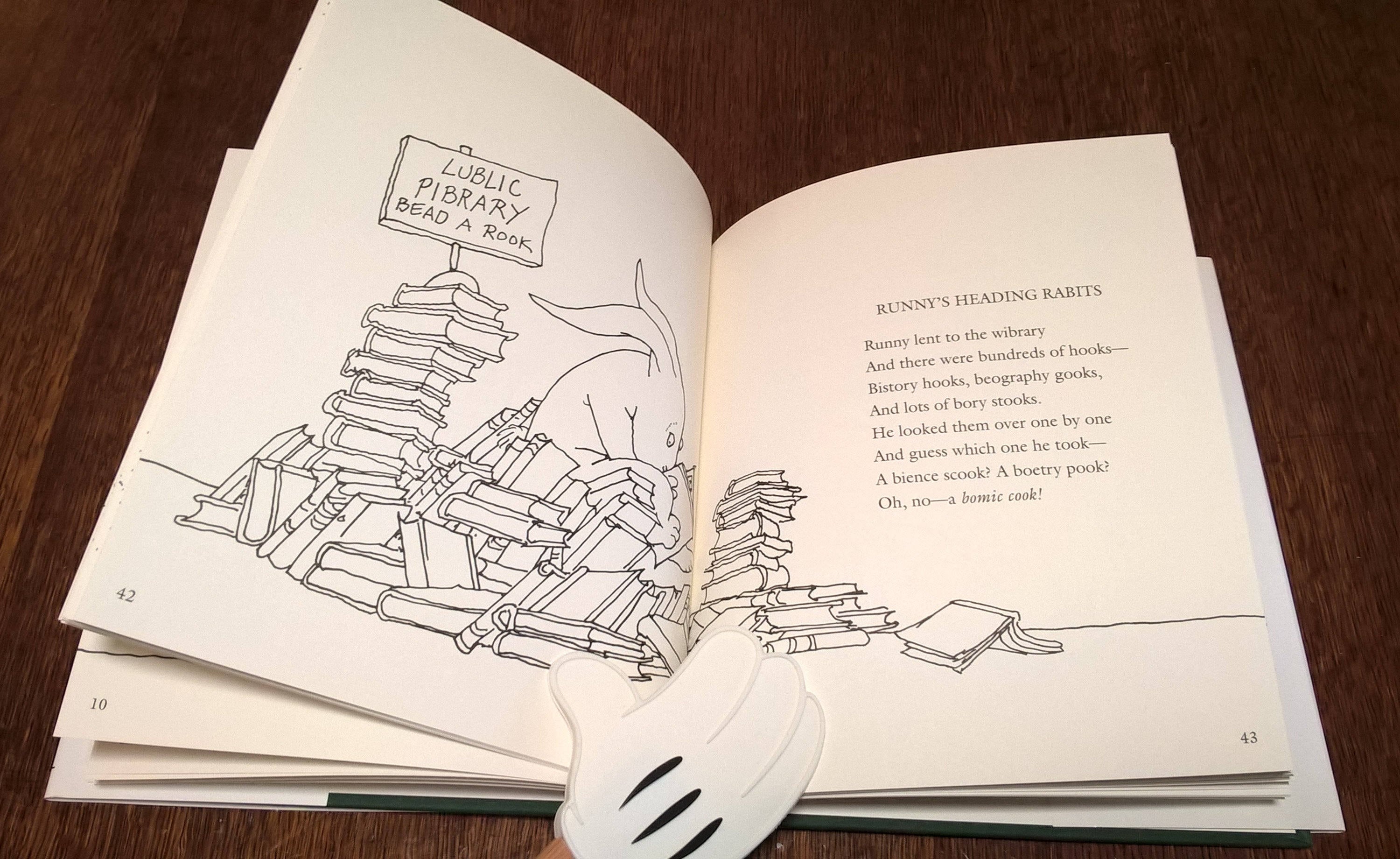 When Shel Silverstein died in 1999, he was famous for many things, but generations of lucky children will remember his books: The Giving Tree, Where The Sidewalk Ends, Lafcadio: The Lion Who Shot Back, The Missing Piece, A Light In The Attack, Falling Up, and others.

After Silverstein's death, his family found hundreds of previously unknown poems spanning more than twenty years, and collected many of them into Runny Babbit.

The poems are spoonerisms, a play on words in which you exchange the first letters of two words.

A Bittle Laby For Runny?

Sticky Dork came flyin' down
To Runny from the blue.
He said, "Surprise! I cot the gutest
Kid here - just for you."
Runny yelled, "This pid's a kig
That's fink and pat and wet!"
Sticky said, "We all have got
To take the gid we ket."

For pildren and charents who sove lilly.