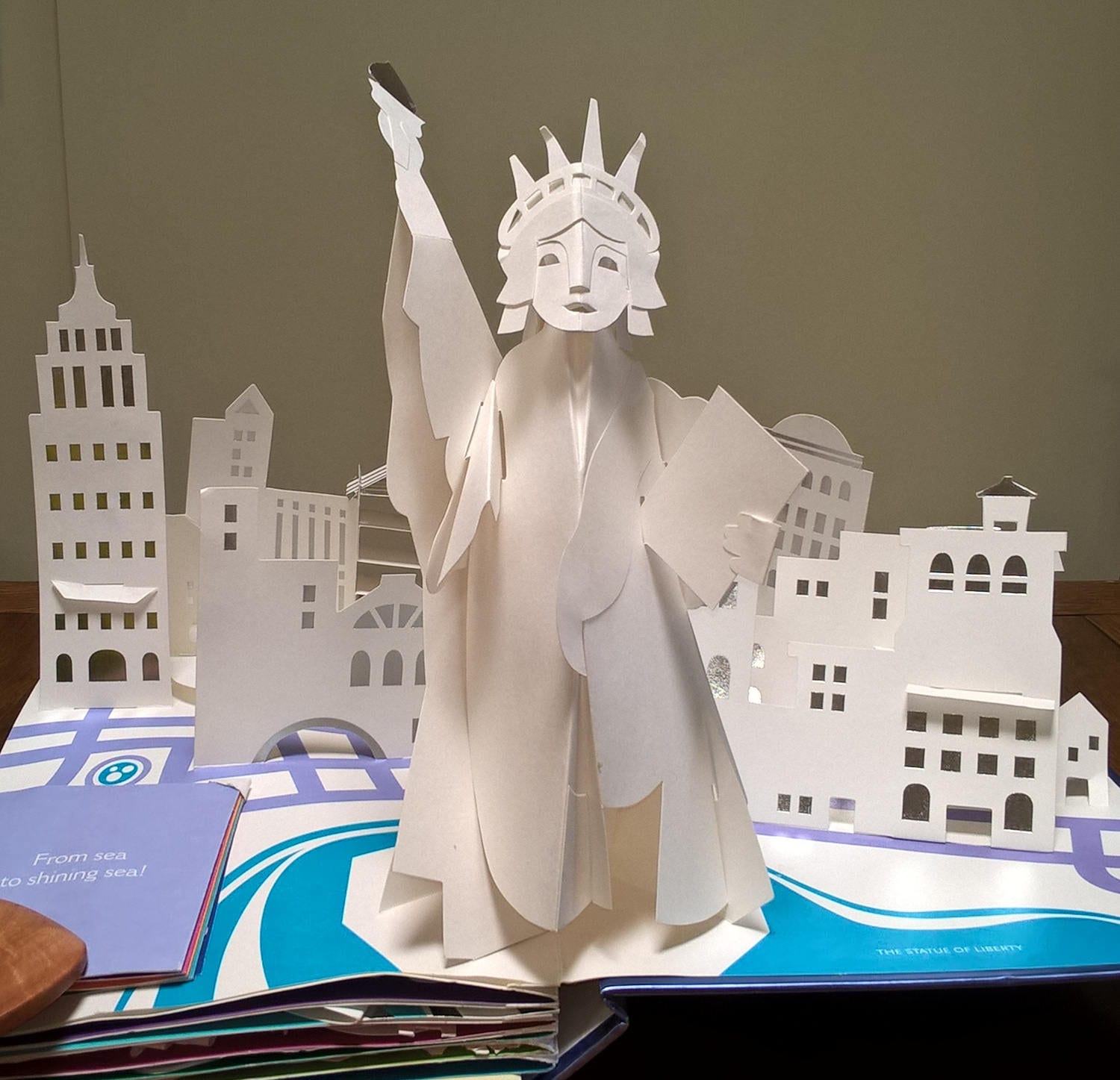 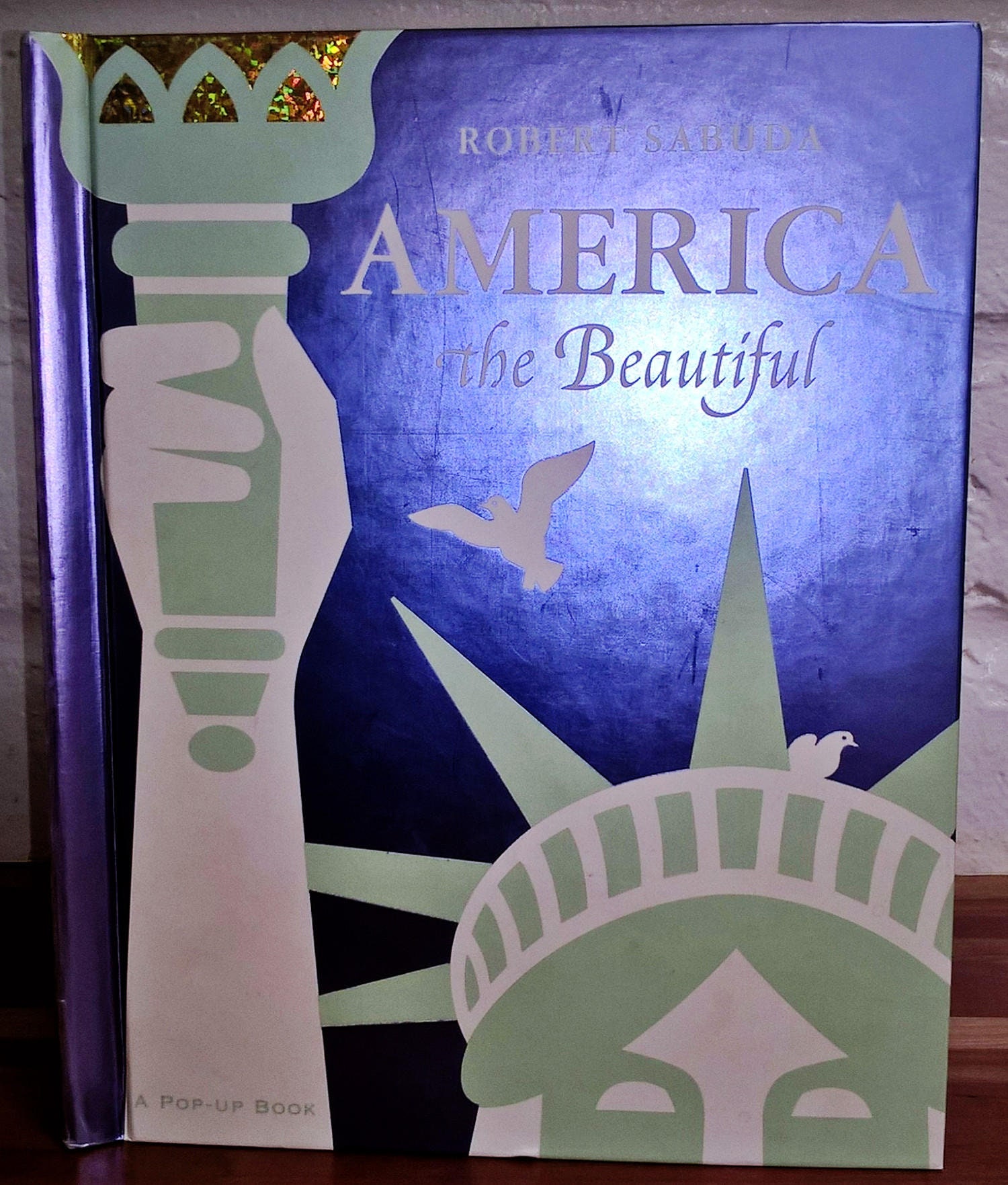 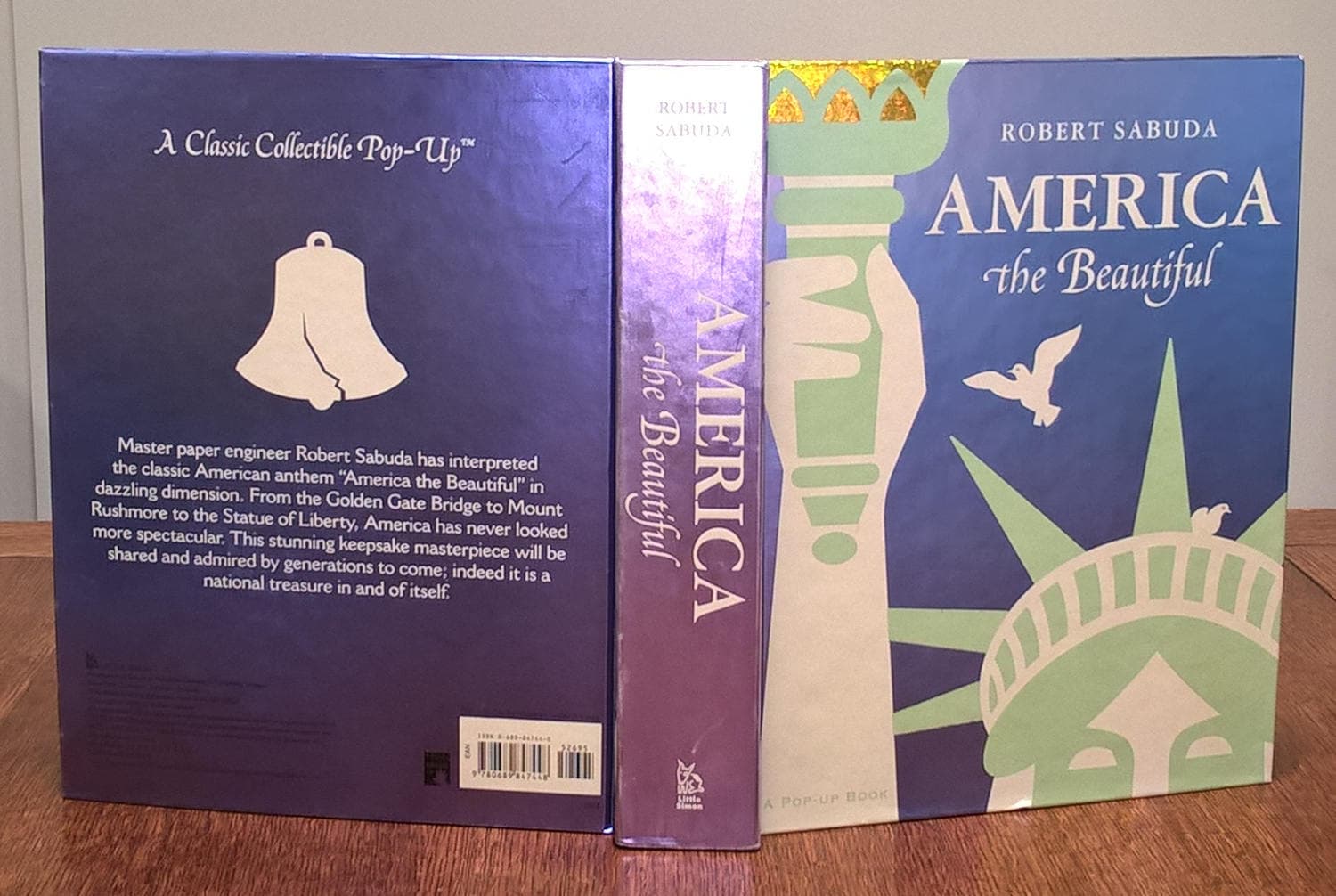 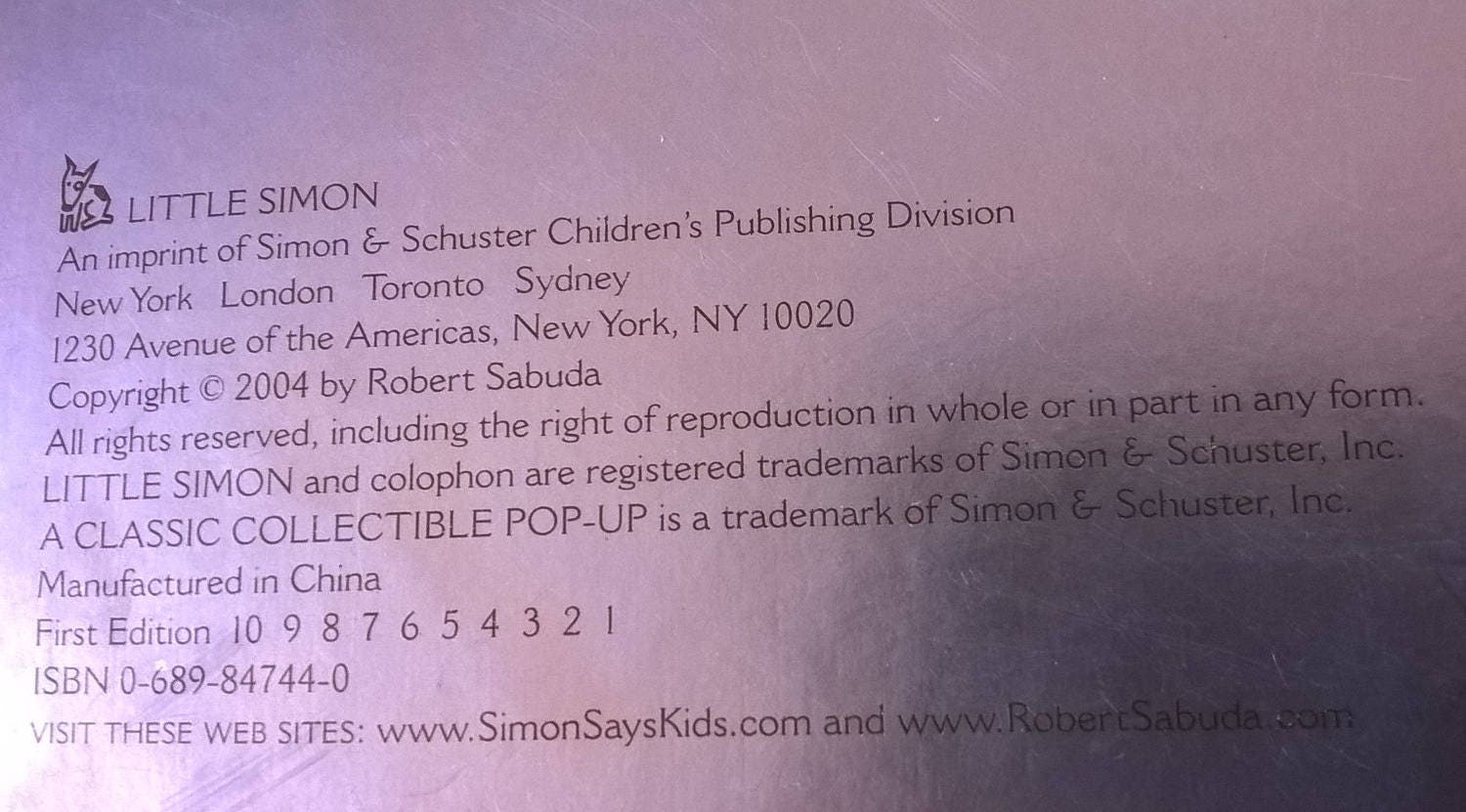 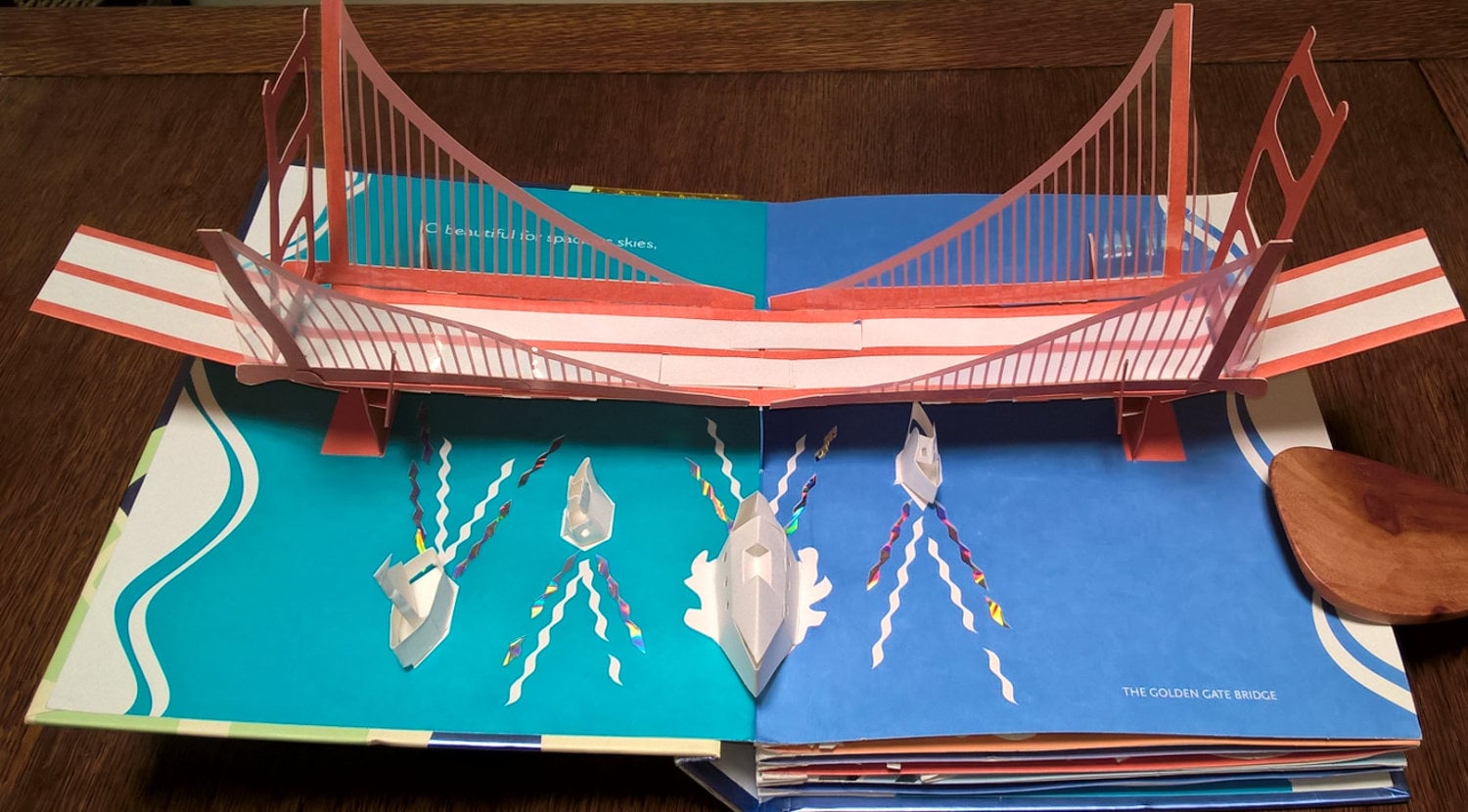 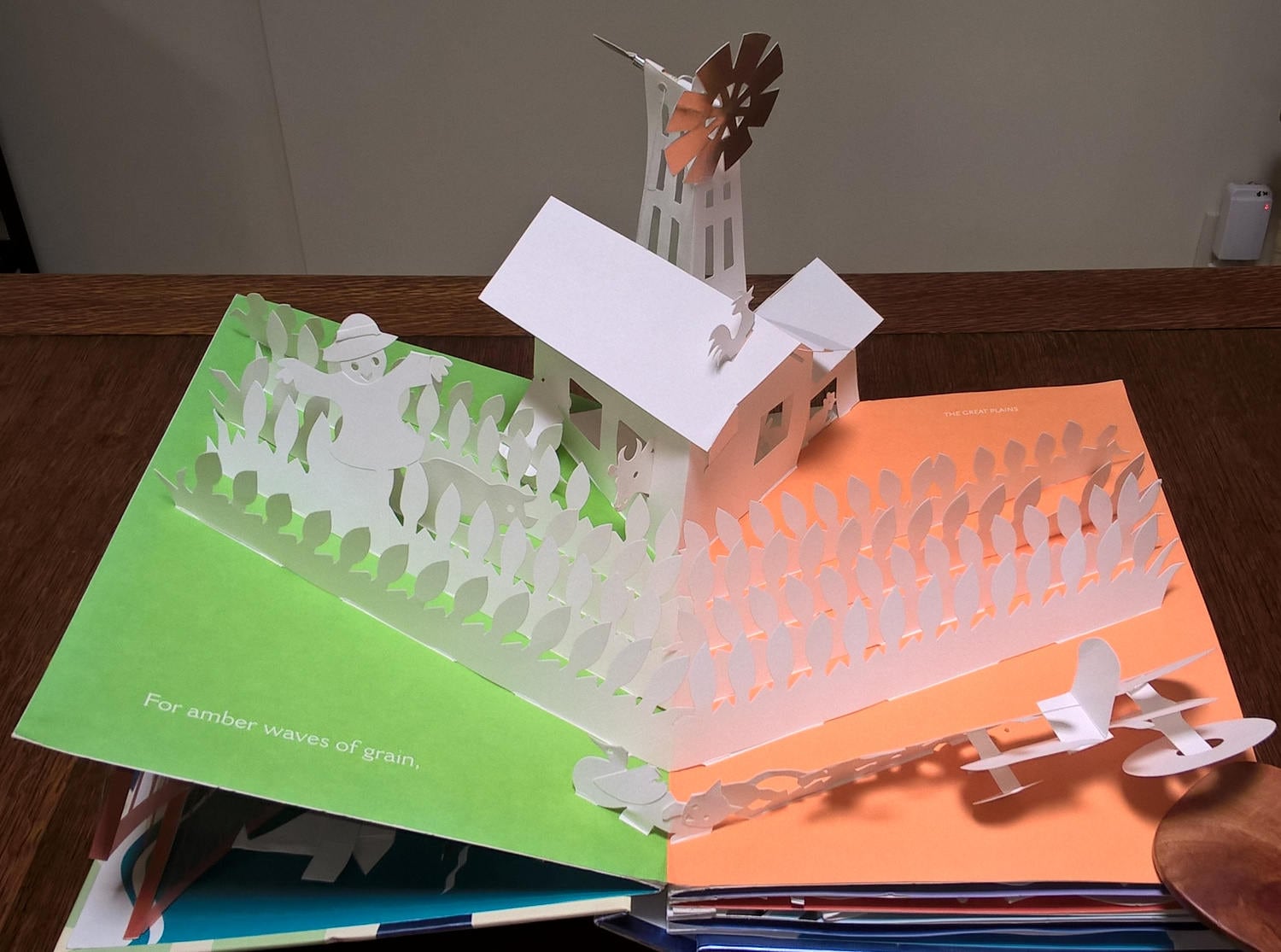 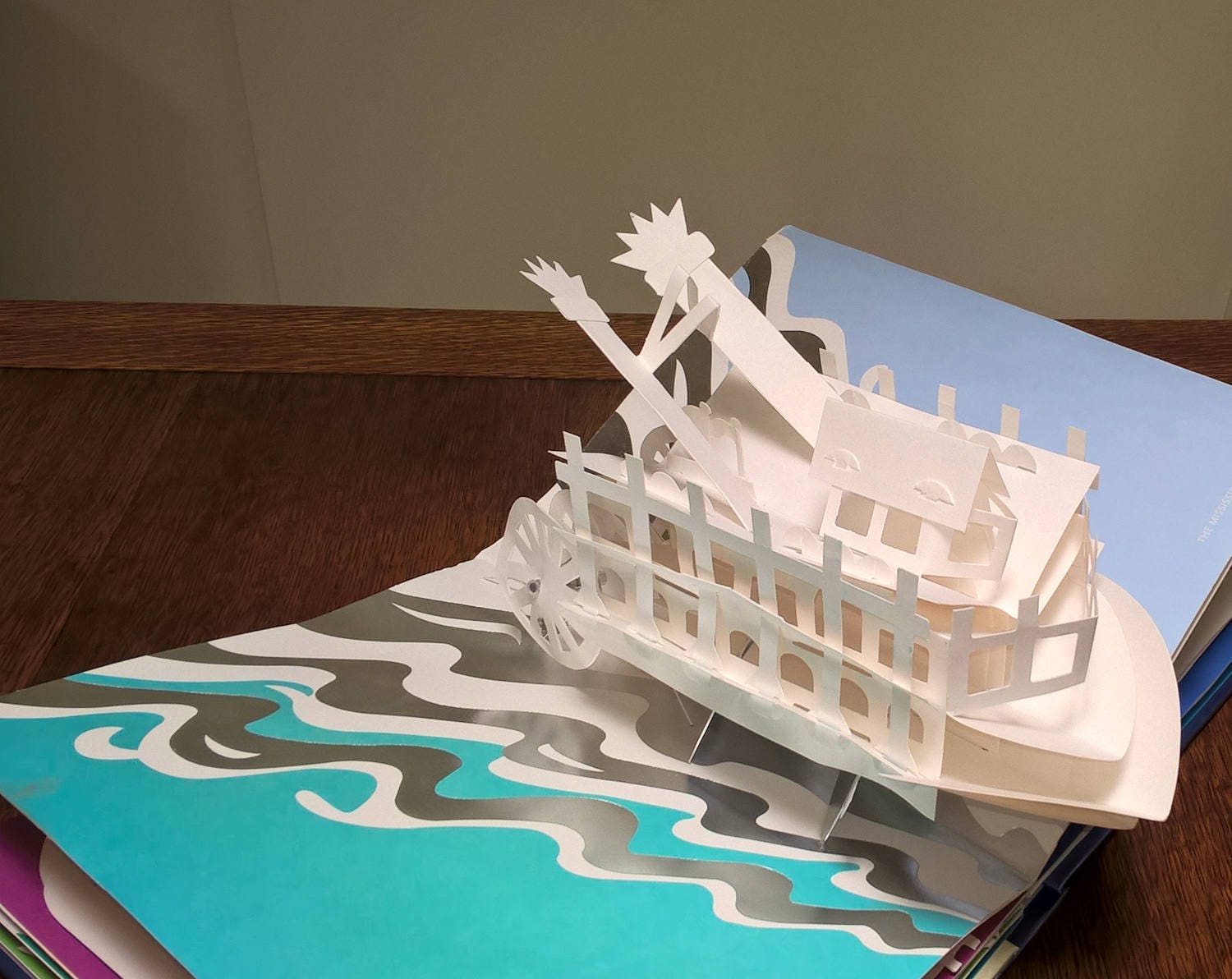 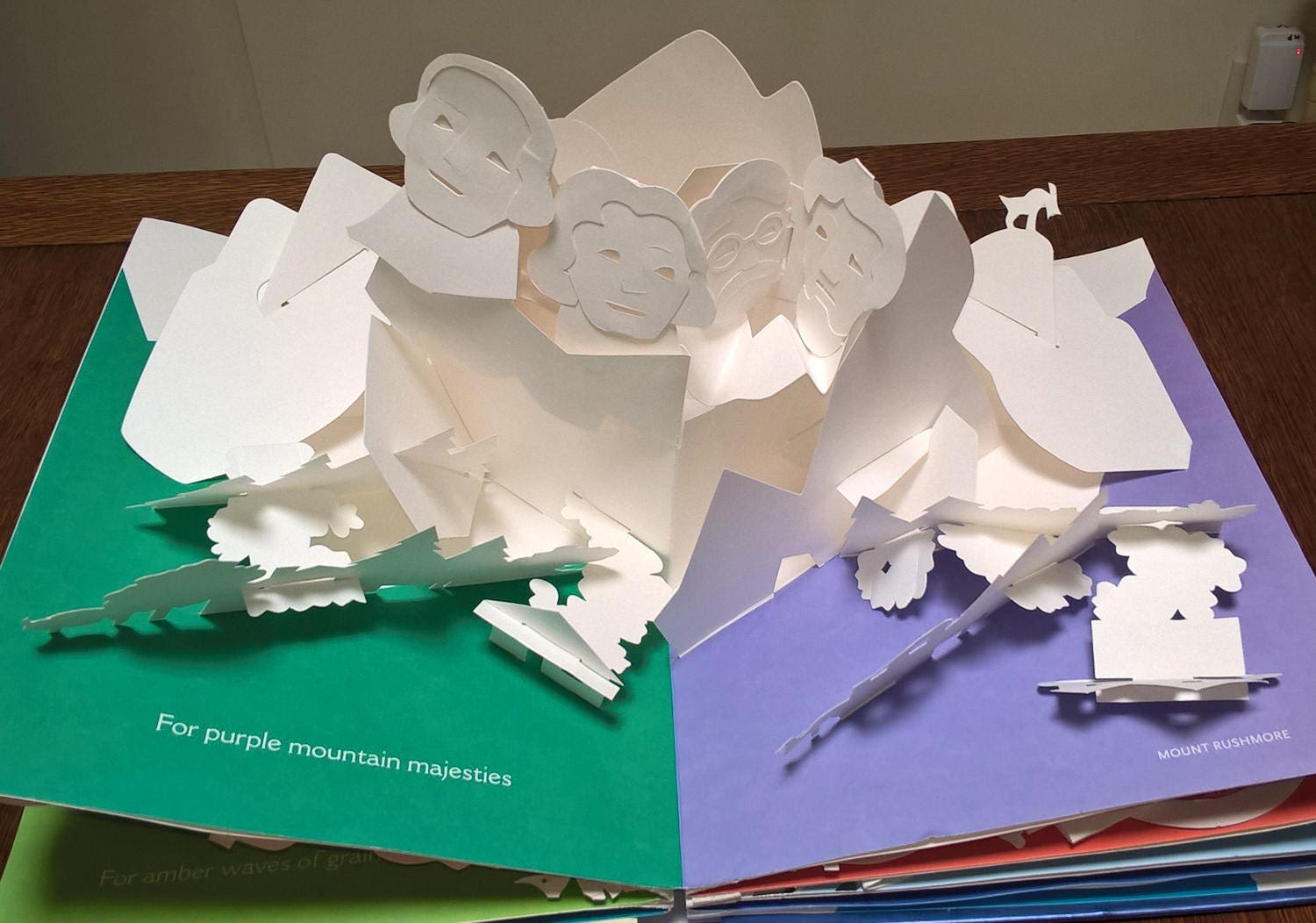 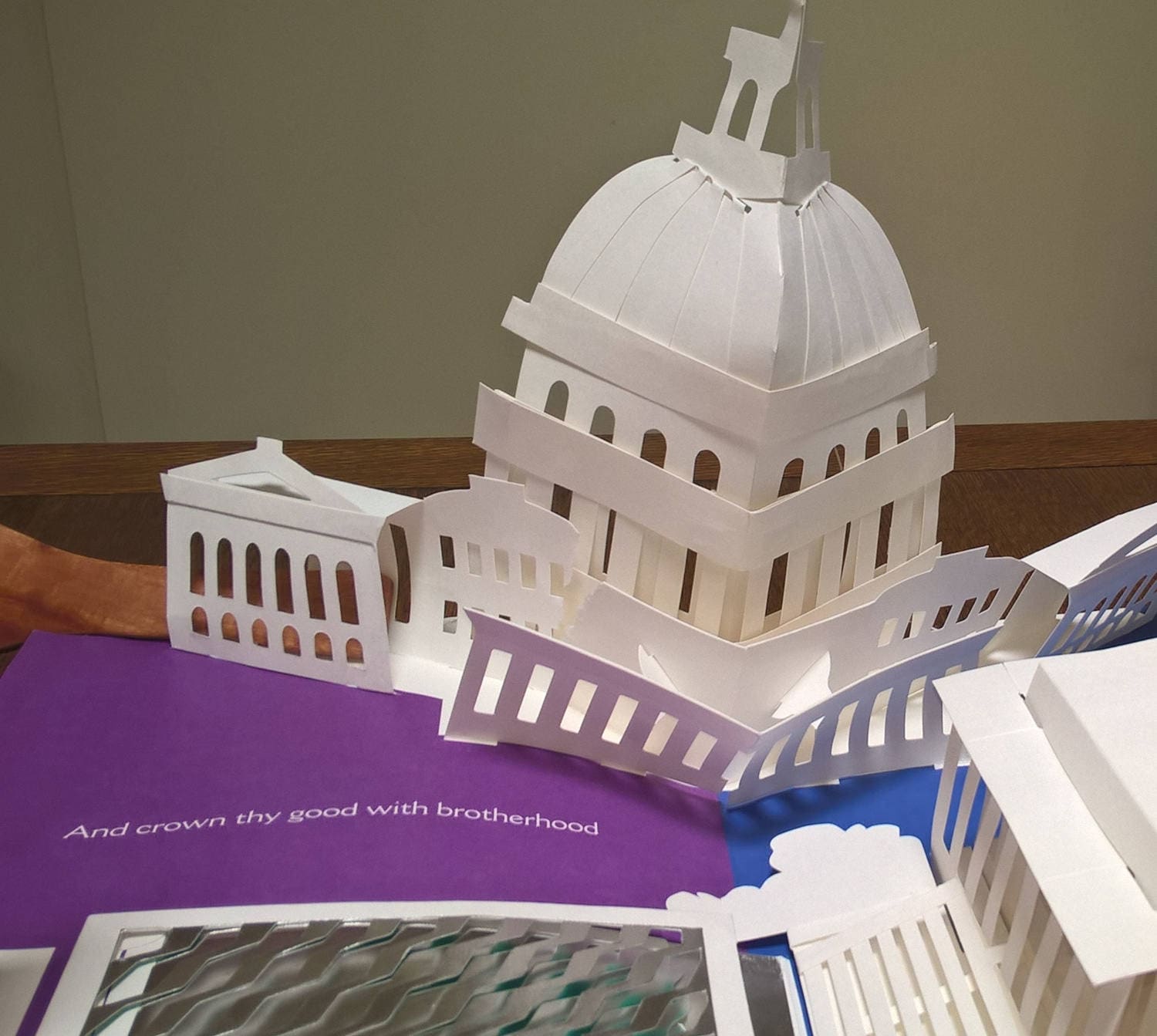 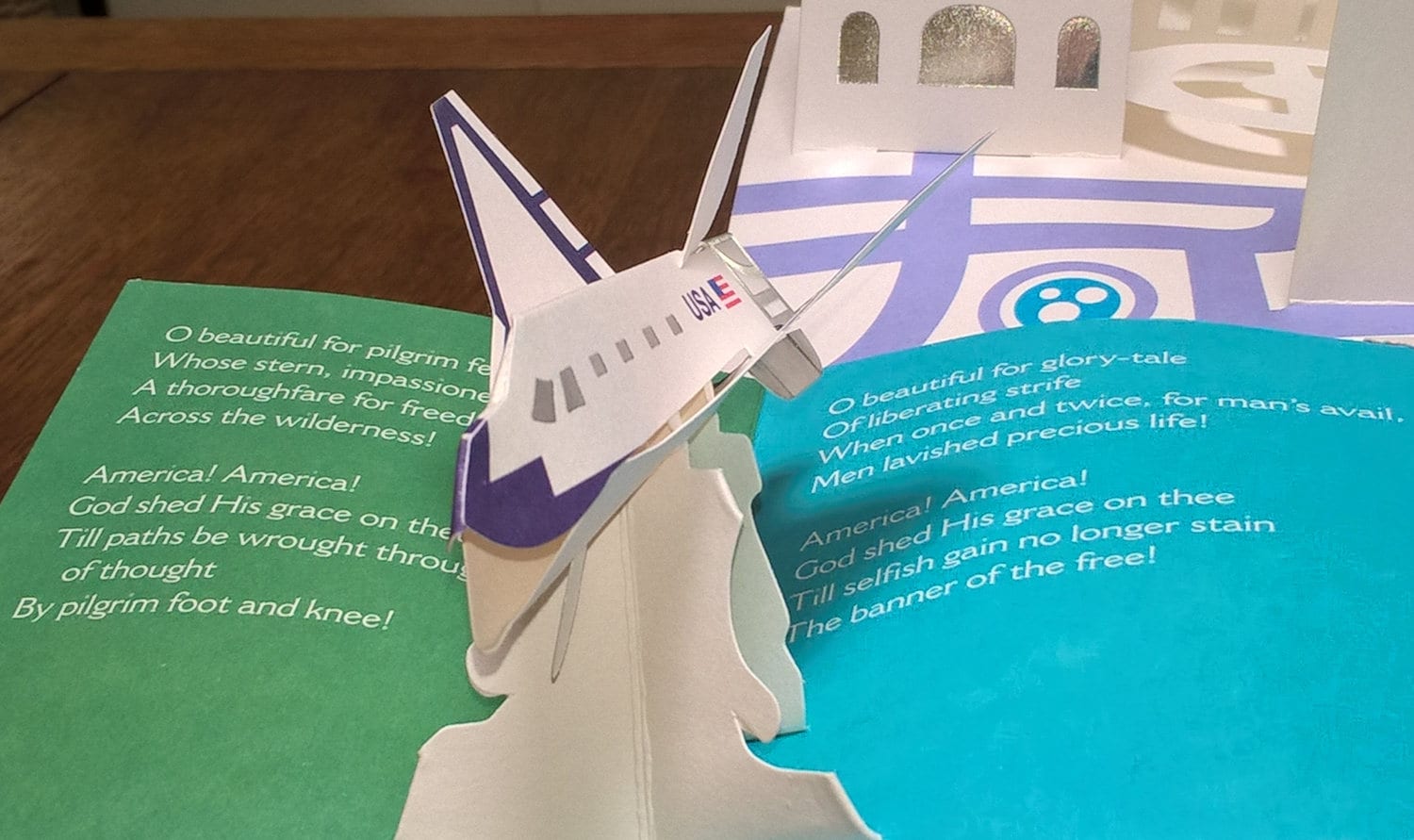 Sabuda's tour follows the lyrics of "America The Beautiful", beginning in California with an iconic scene: sail boats, fishing boats, and commercial ships sailing under the Golden Gate Bridge. We move on to "Amber waves of grain" and a farm on the Great Plains with a windmill and tractor, Mt. Rushmore, Mesa Verde, the Mississippi River, the U.S. Capitol and Washington Mall, New York City and the Statue of Liberty. A fold-out booklet repeats the song, illustrated by pop-ups for the Twin Towers, the Liberty Bell, the space shuttle, and an eagle.

Robert Sabuda is an award-winning illustrator and paper engineer. Michigan born and raised and educated at New York's prestigious Pratt Institute, Sebuda's "The Wizard of Oz" was the first pop-up book to break into the New York Times bestseller list.

From the NY Times:

"It is hard to impress children. They have seen and heard it all: the special effects, the racy and gruesome images and the strident trash talk that seems destined to poison our discourse. Pop-up books would hardly, it would seem, be able to compete.

"But Robert Sabuda's eye-popping images, which leap off the page into a child's face, are almost demeaned by the word pop-up. His readers peer down Alice's rabbit hole, see the cyclone spin in ''The Wizard of Oz'' and have all of Santa's reindeer rise up into the sky in ''The Night Before Christmas.''"

Condition*: Very Good. The cover boards show normal shelf wear. The cut-outs, fold-outs, and other mechanics are intact and in working order. I've opened the book to photograph the pop-ups only as far as the pages will go without flattening them. The cover boards are laminated in a thin coat of plastic that shows some separation along the spine's hinges due to normal opening and closing of the book. In the section for the U.S. Capitol and Washington Mall, there is a closed tear in the lower left section of the Capitol. Please review photos. This is easily repaired but I've left it for a professional. When paging through a moveable book, nice and easy does it.