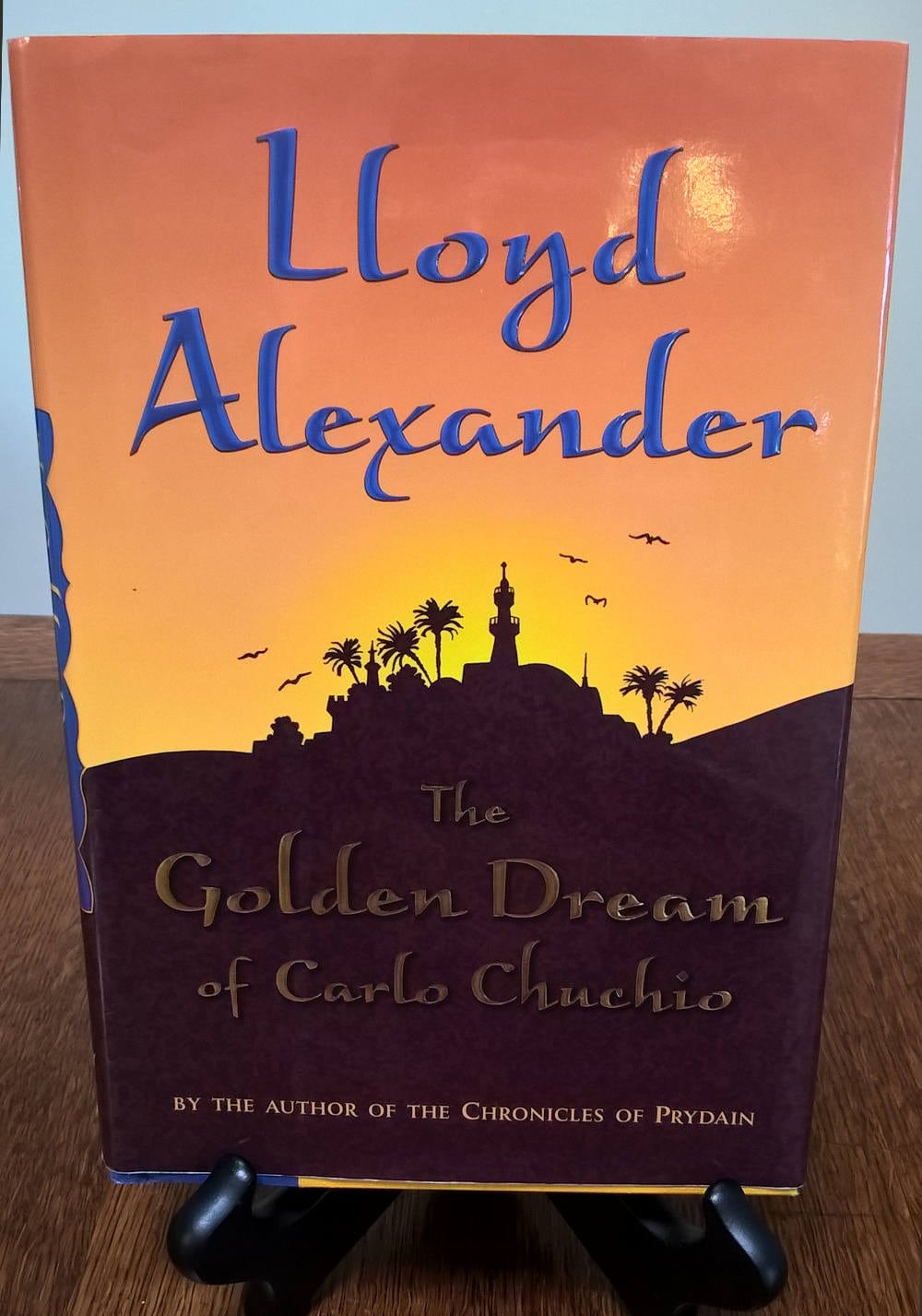 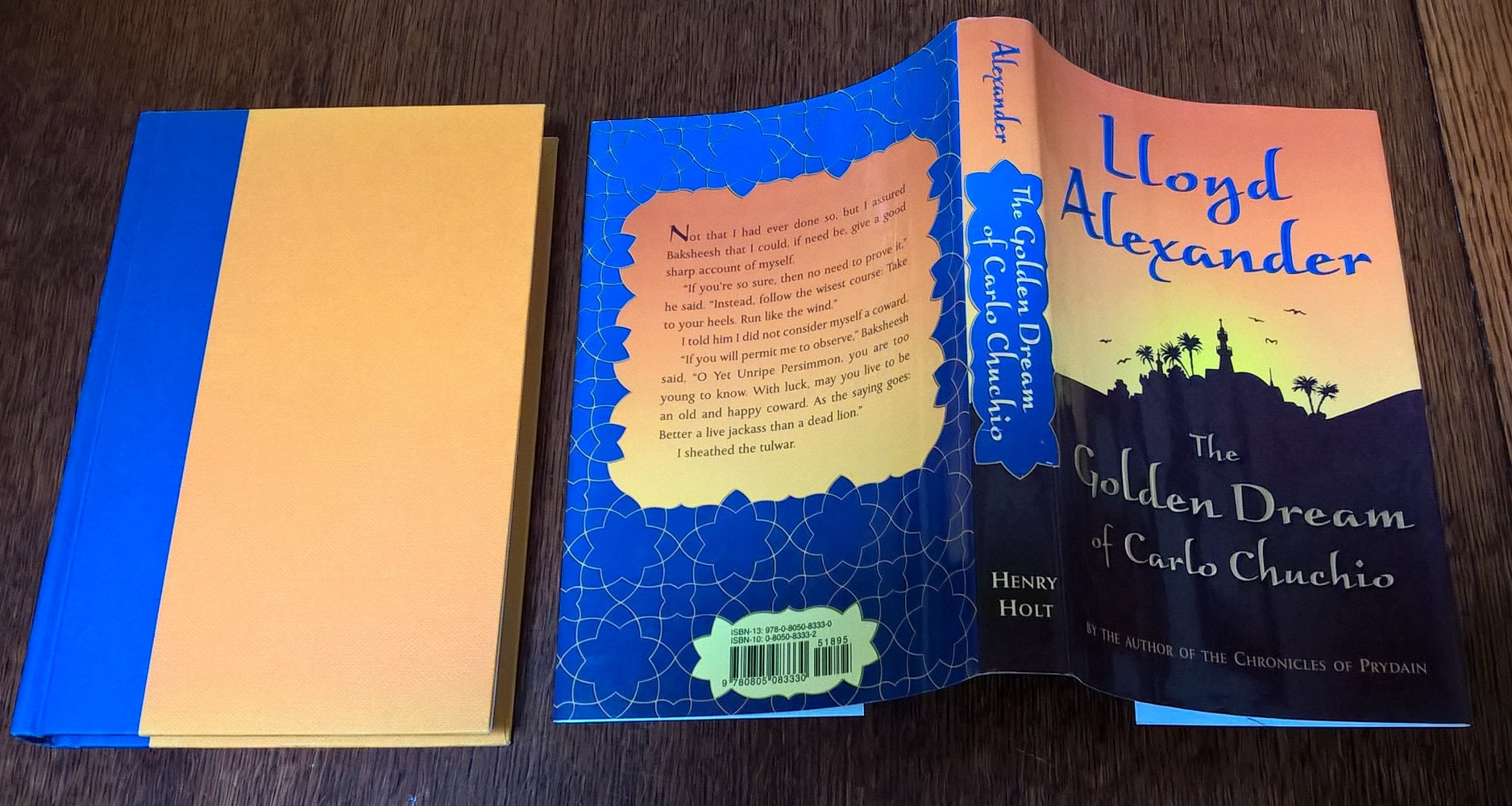 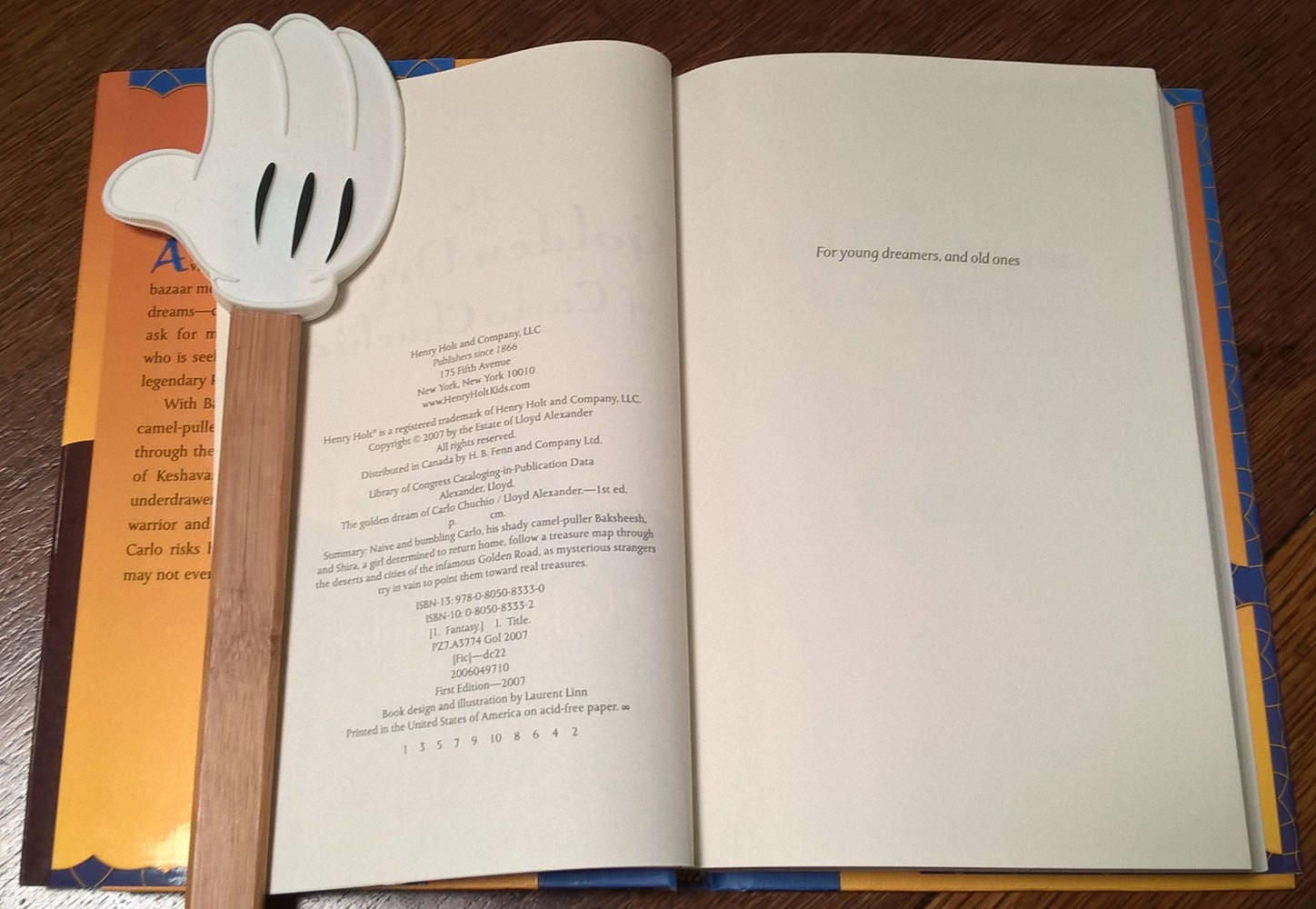 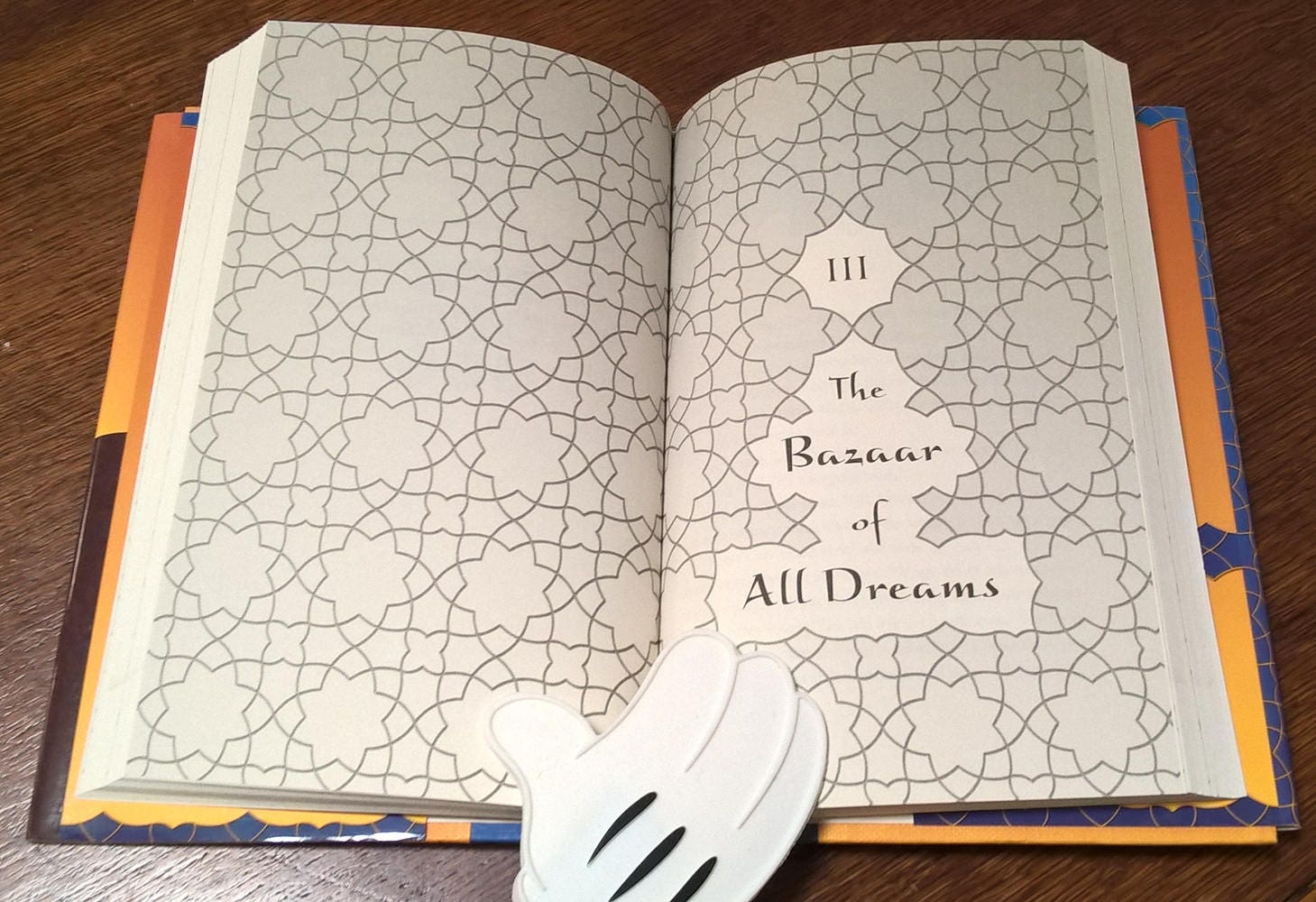 First edition of The Golden Dream of Carlo Chuchio by Lloyd Alexander: Carlo risks all for a treasure that may not exist.

I've read many of Lloyd Alexander's stories, including the Chronicles of Prydain. Alexander received a Newbery Honor award for the Black Cauldron, the third book in the series, and in 1969 won the Newbery Medal for the last book, The High King.

In The Golden Dream of Carlo Chuchio:

"A beautiful Kirkassi girl, cold-eyed villains and smiling killers, a bazaar merchant peddling slightly used dreams - could a young adventurer ask for more? Not Carlo Chuchio, who is seeking hidden treasure on the legendary Road of Golden Dreams.

With Baksheesh, the world's worst camel-puller, Carlo leads a caravan through the Arabian Nights-like realm of Keshavar. Robbed of all but his underdrawers, mistaken for a mighty warrior and then for a crown prince, Carlo risks his life for a treasure that may not even exist."

“In whatever guise — our own daily nightmares of war, intolerance, inhumanity; or the struggles of an Assistant Pig-Keeper against the Lord of Death — the problems are agonizingly familiar,” he said in his Newbery acceptance speech in 1969. “And an openness to compassion, love and mercy is as essential to us here and now as it is to any inhabitant of an imaginary kingdom.”

Asked about authors who influenced his work, Alexander said, "Shakespeare, Dickens, Mark Twain and so many others were my dearest friends and greatest teachers. I loved all the world's mythologies: King Arthur was one of my heroes."

Alexander died in 2007, after completing The Golden Dream of Carlo Chuchio. "I have finished my life work."