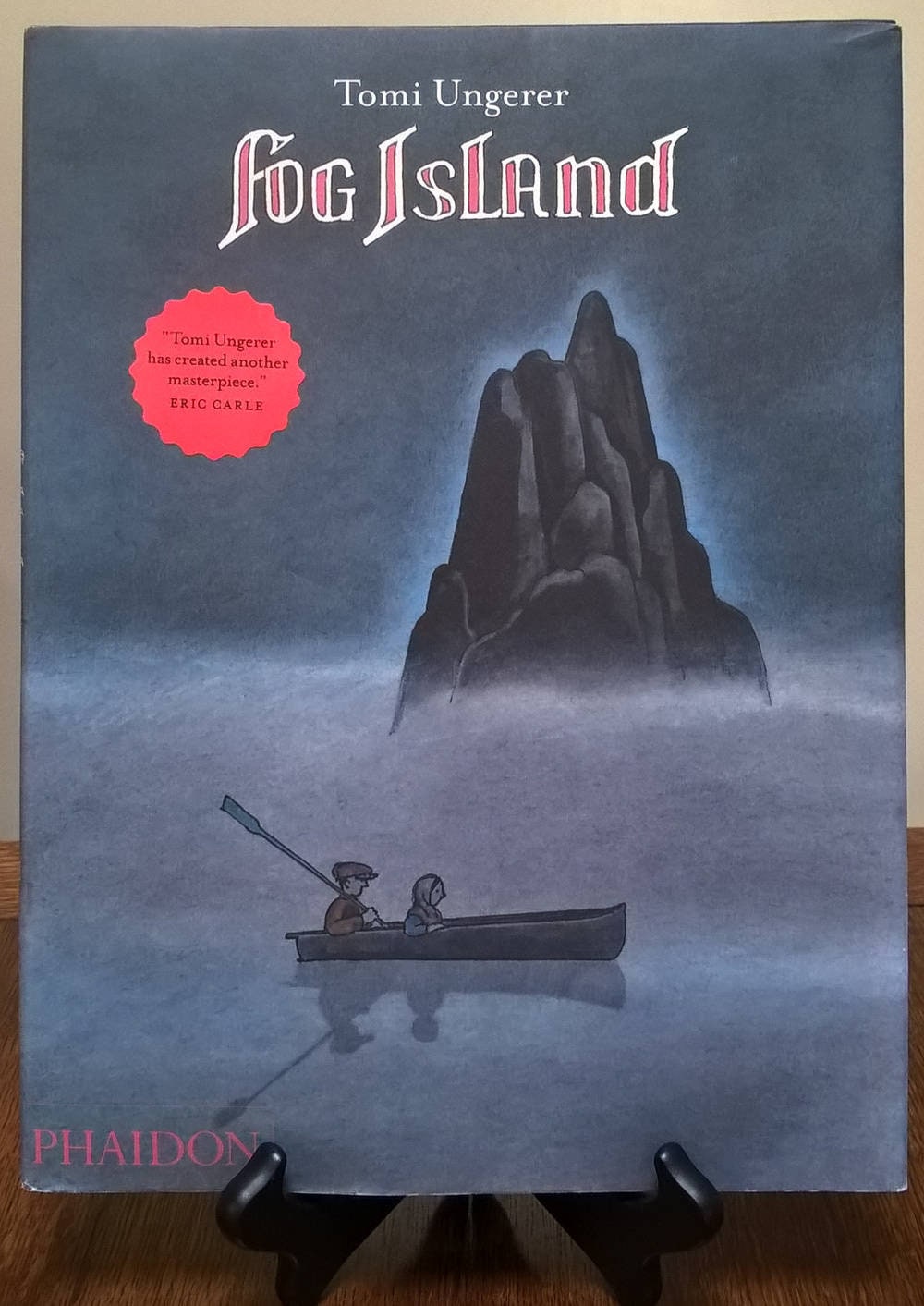 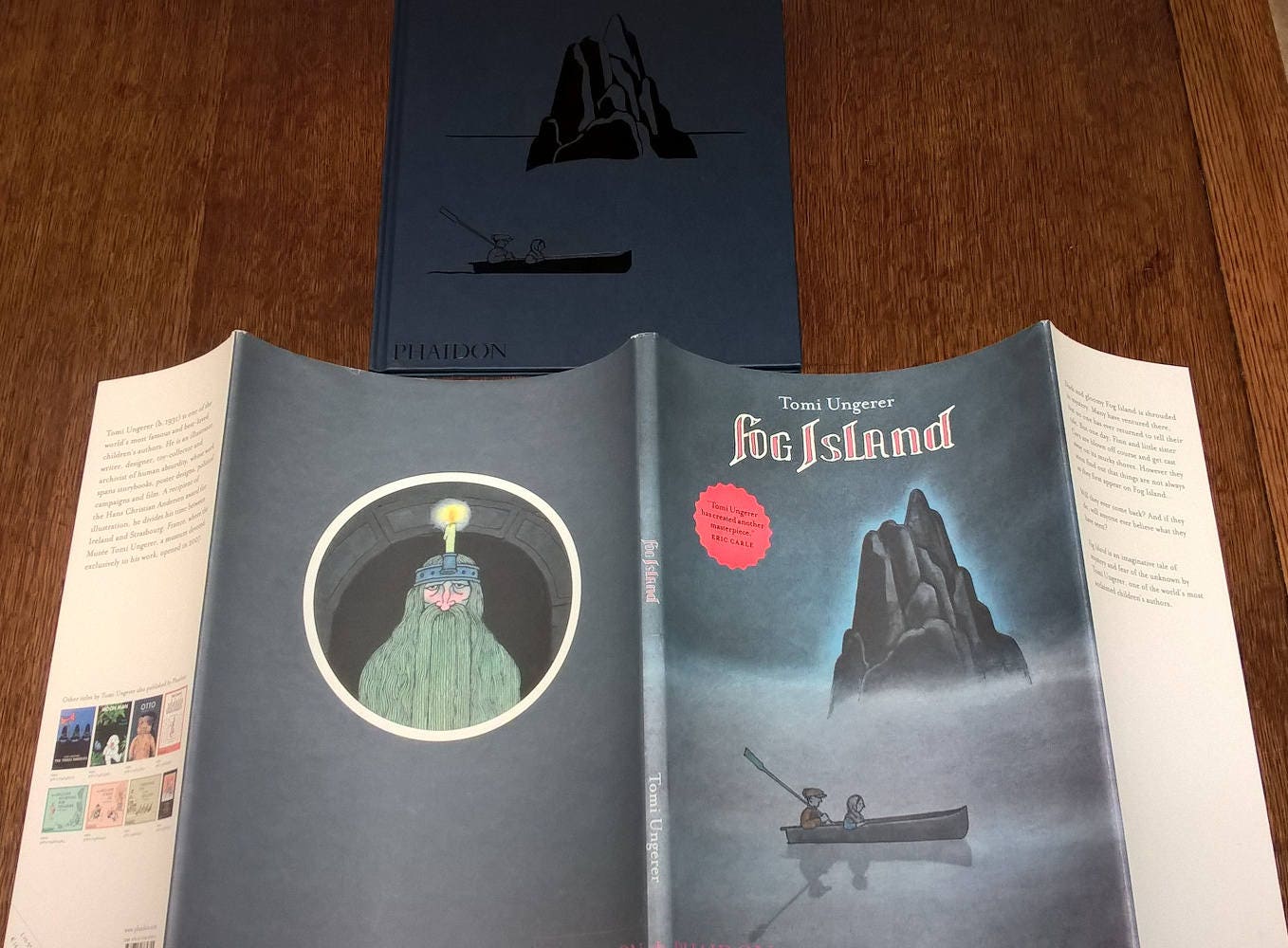 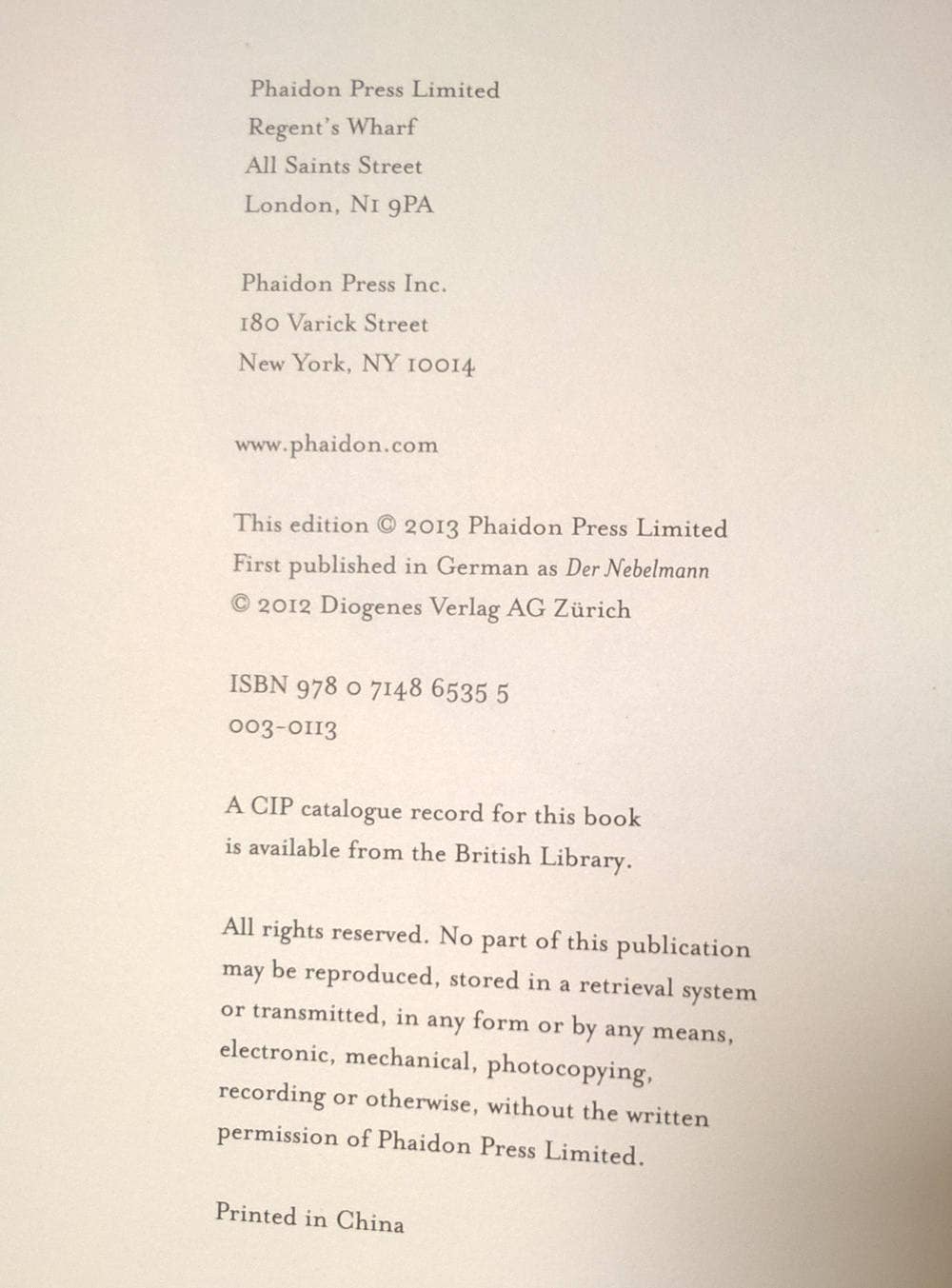 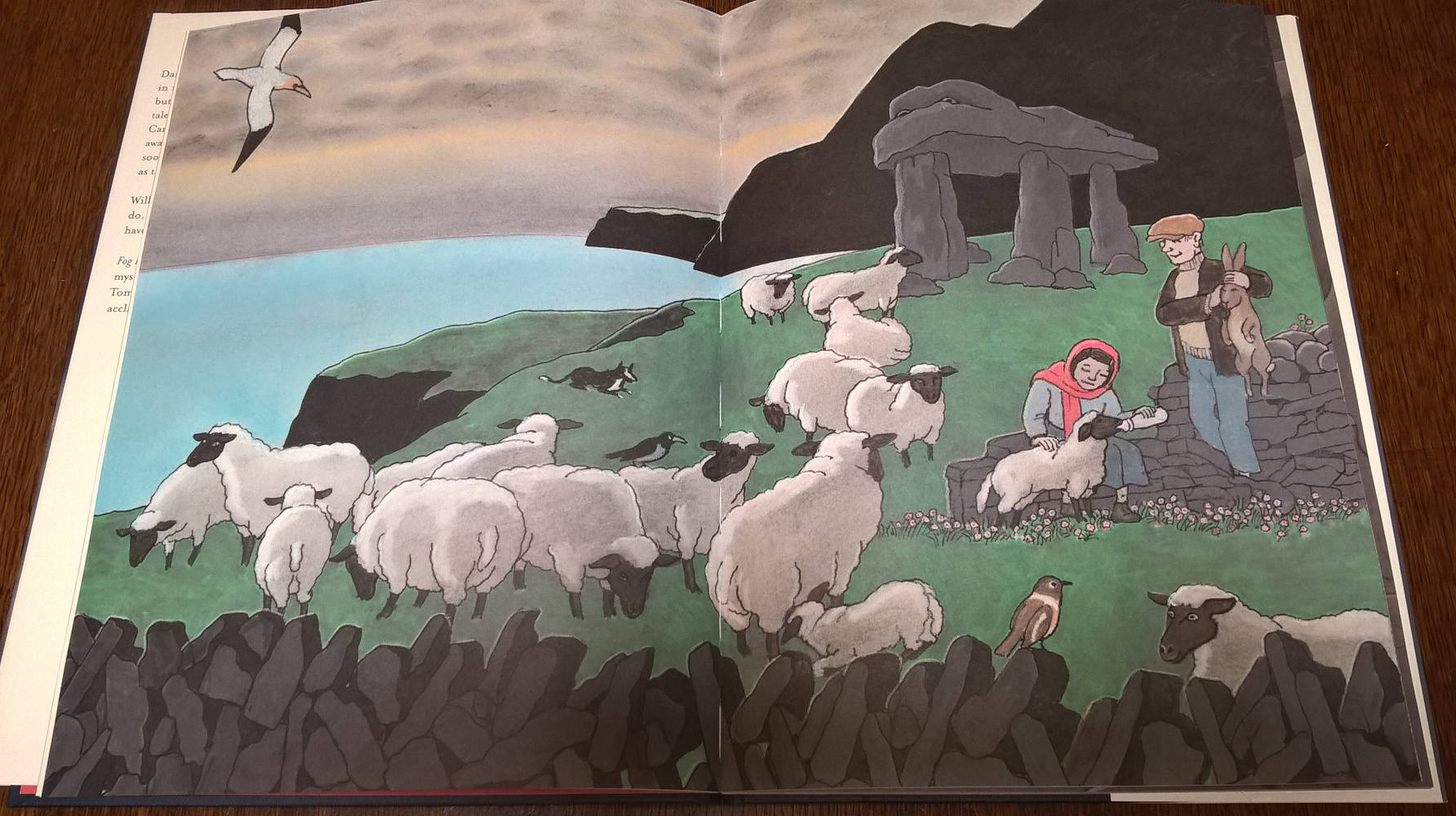 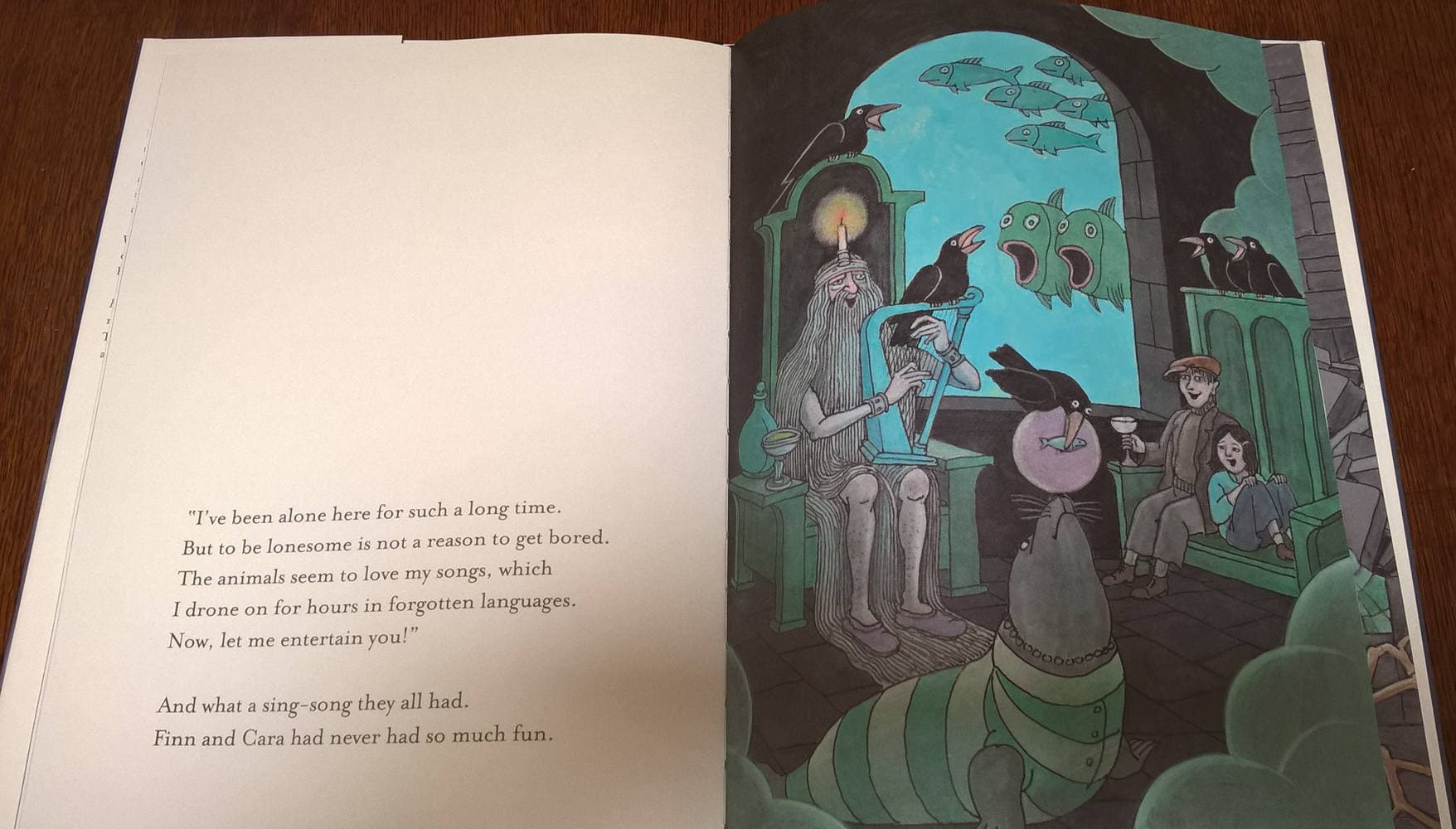 First edition of Fog Island by Tomi Ungerer: A brother and sister, a small boat, and a "doomed and evil" island.

Finn and little sister Cara live by the sea in a remote village on "the back of beyond". Father fishes, mother farms, and they look after the sheep. Father built them a small boat as a gift but warns, "Never leave the bay, and stay clear of Fog Island! It's a doomed and evil place..." Yet when the current deposits their small boat on the shore of Fog Island they learn how deceiving appearances, and ignorance, can be.

I love Ungerer's use of deep, dark colors, portentious imagery, and craftwork prose. You know, of course, that two children warned not to go someplace are eventually going to find their way there. But Ungerer doesn't spoil the ending.

"With more than 150 books to his name, and a CV jangling with prestigious awards – including a European prize for culture and a Hans Christian Andersen award for children's literature – the versatile, trilingual, prolific and hugely influential author and illustrator Tomi Ungerer, now 80 years old, is something of a legend."

"Ever since Tomi Ungerer moved to New York in the mid-1950s and embarked on a picture-book career, the Alsatian-born illustrator has made a specialty of stirring up the waters... In “Fog Island” the old high jinks have largely given way to an urge to dive into mythic waters and tell a fateful tale inspired by Ungerer’s years living along the Irish coast."