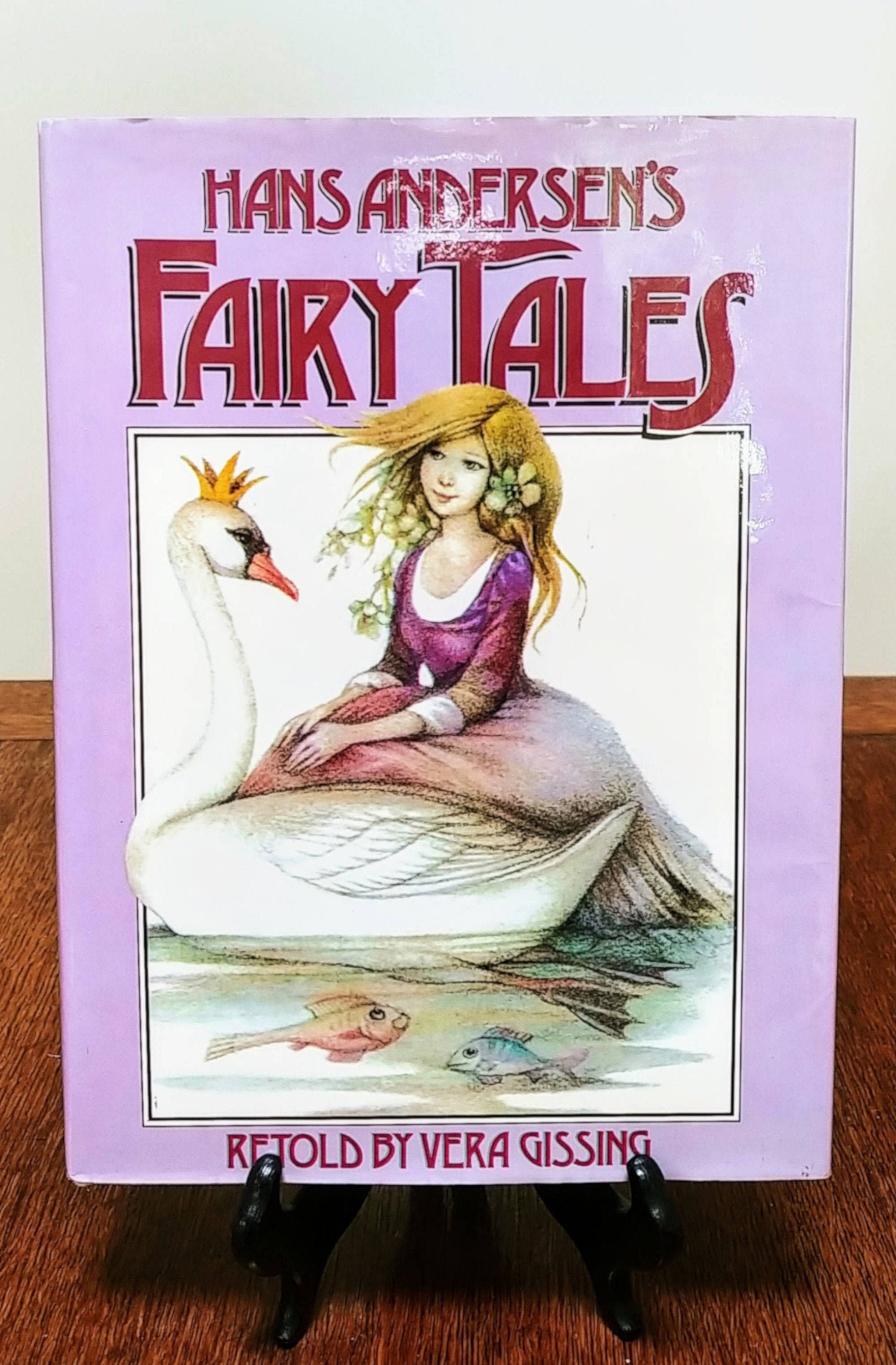 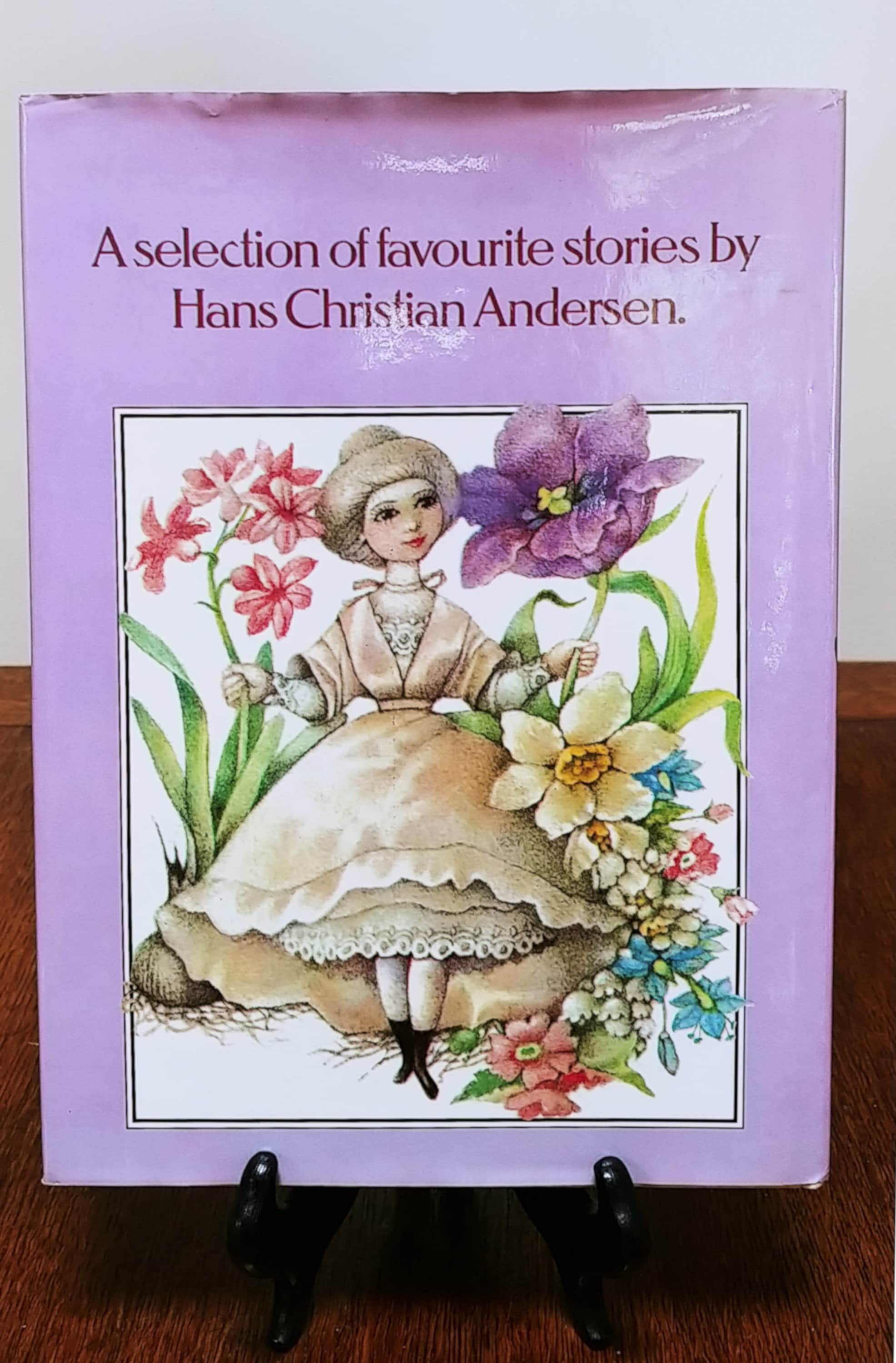 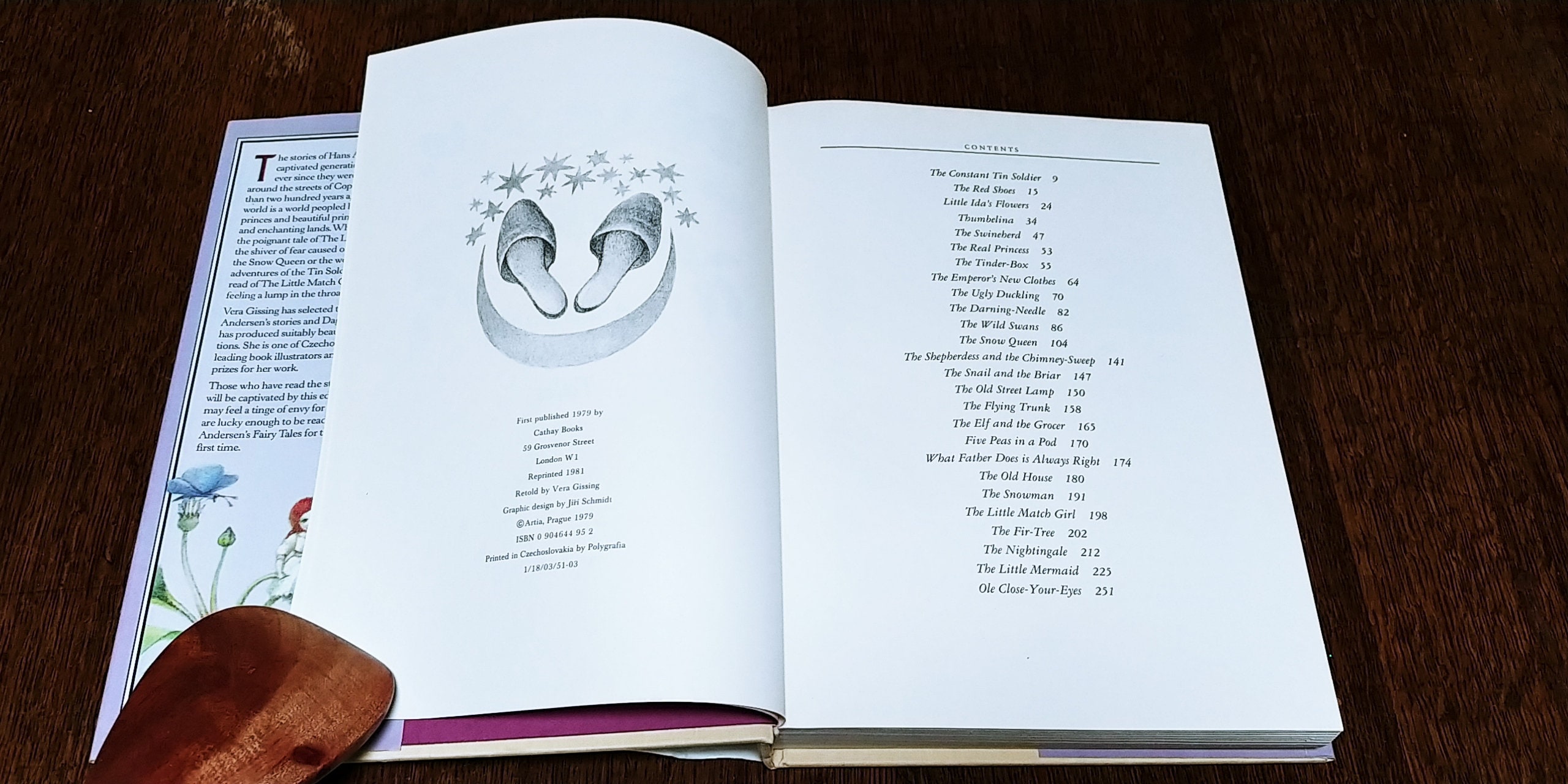 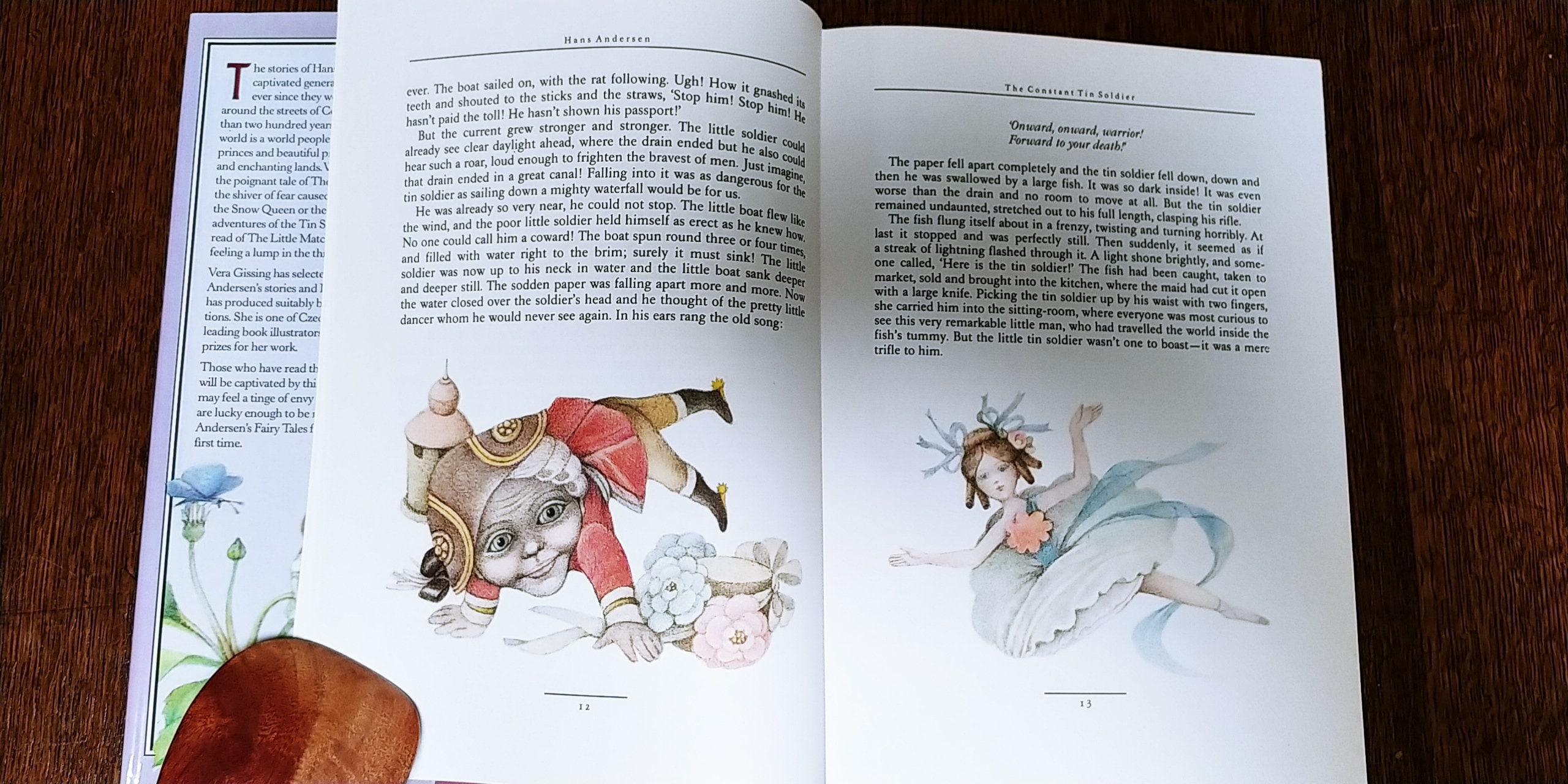 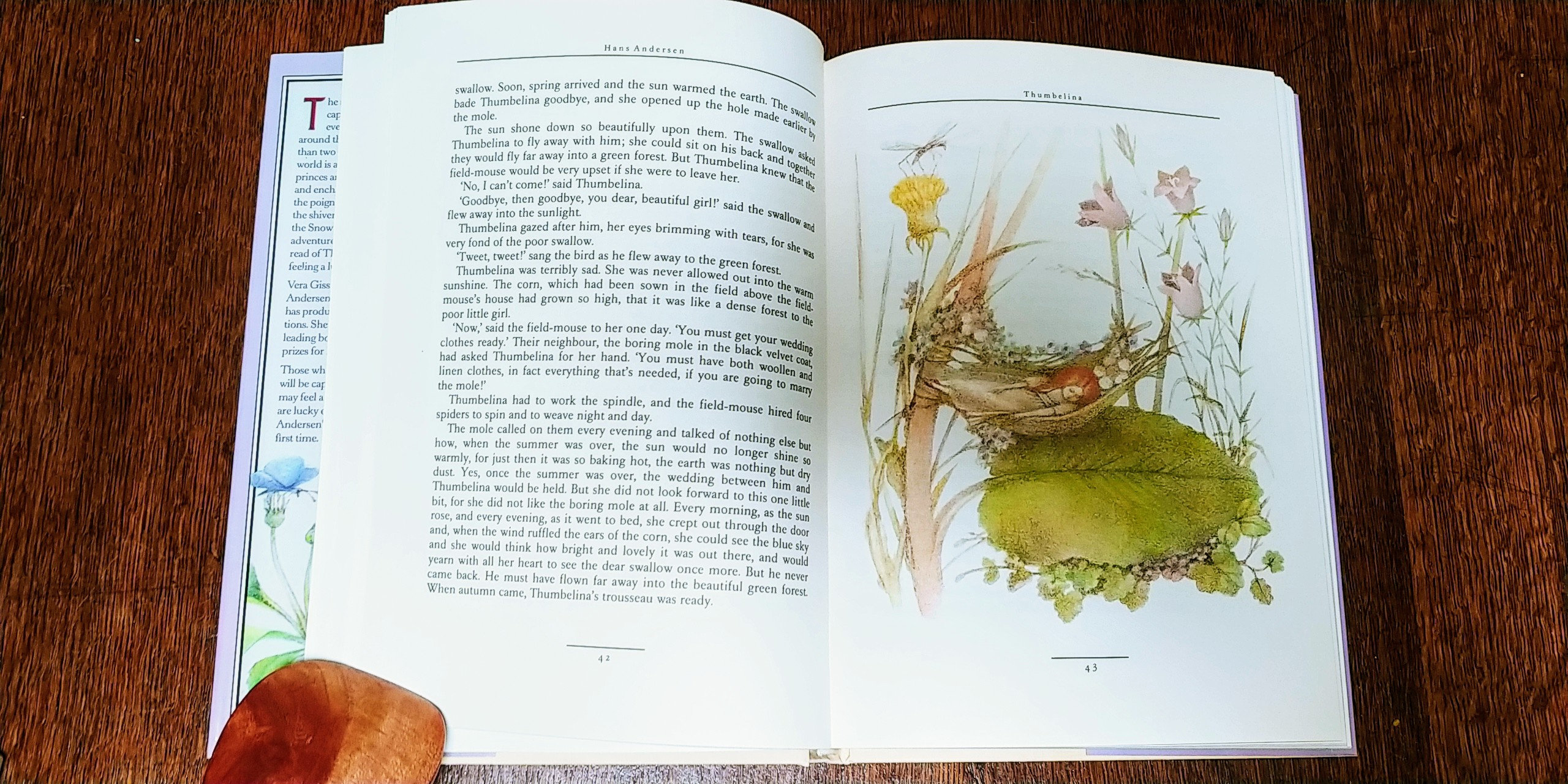 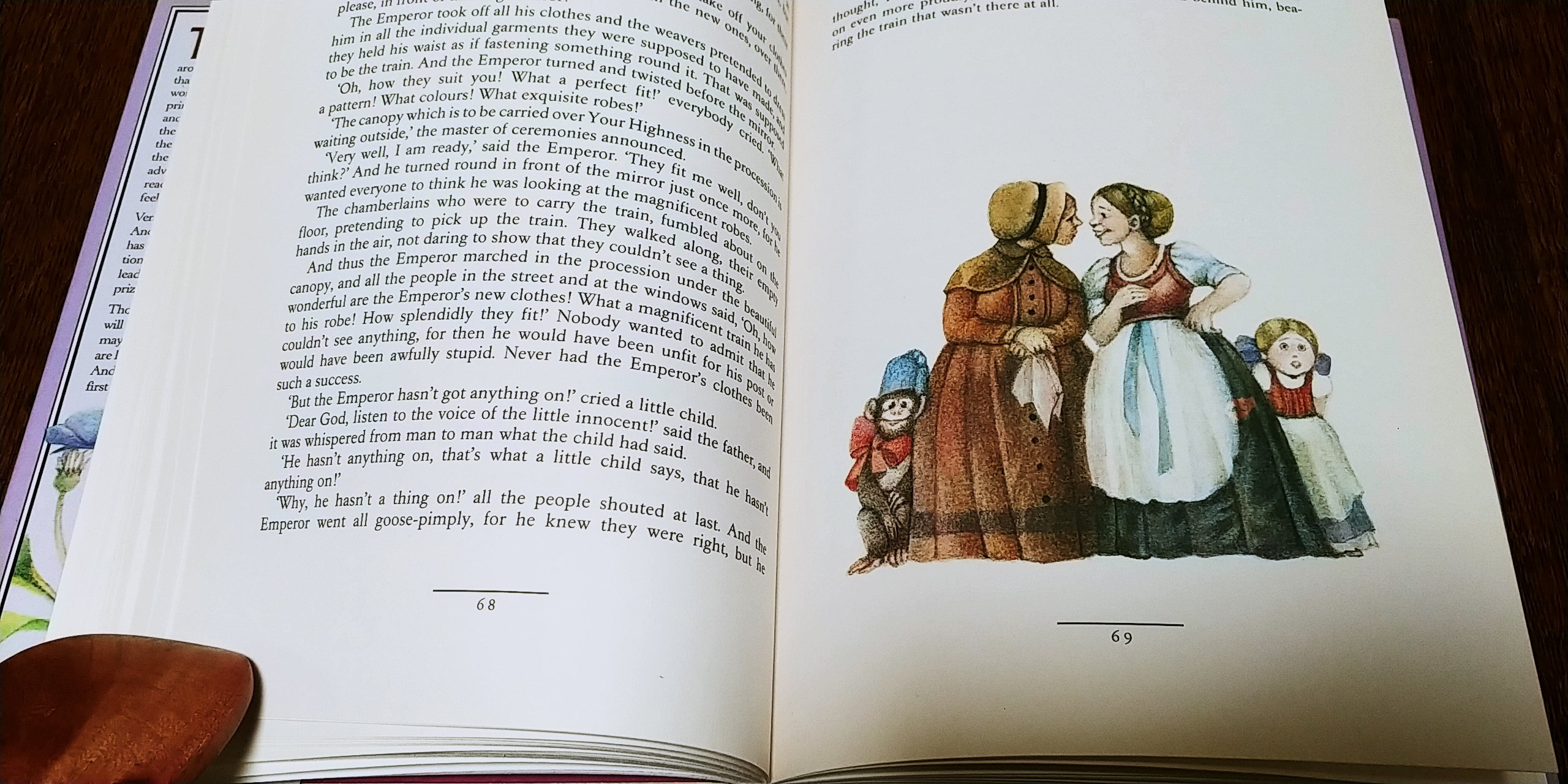 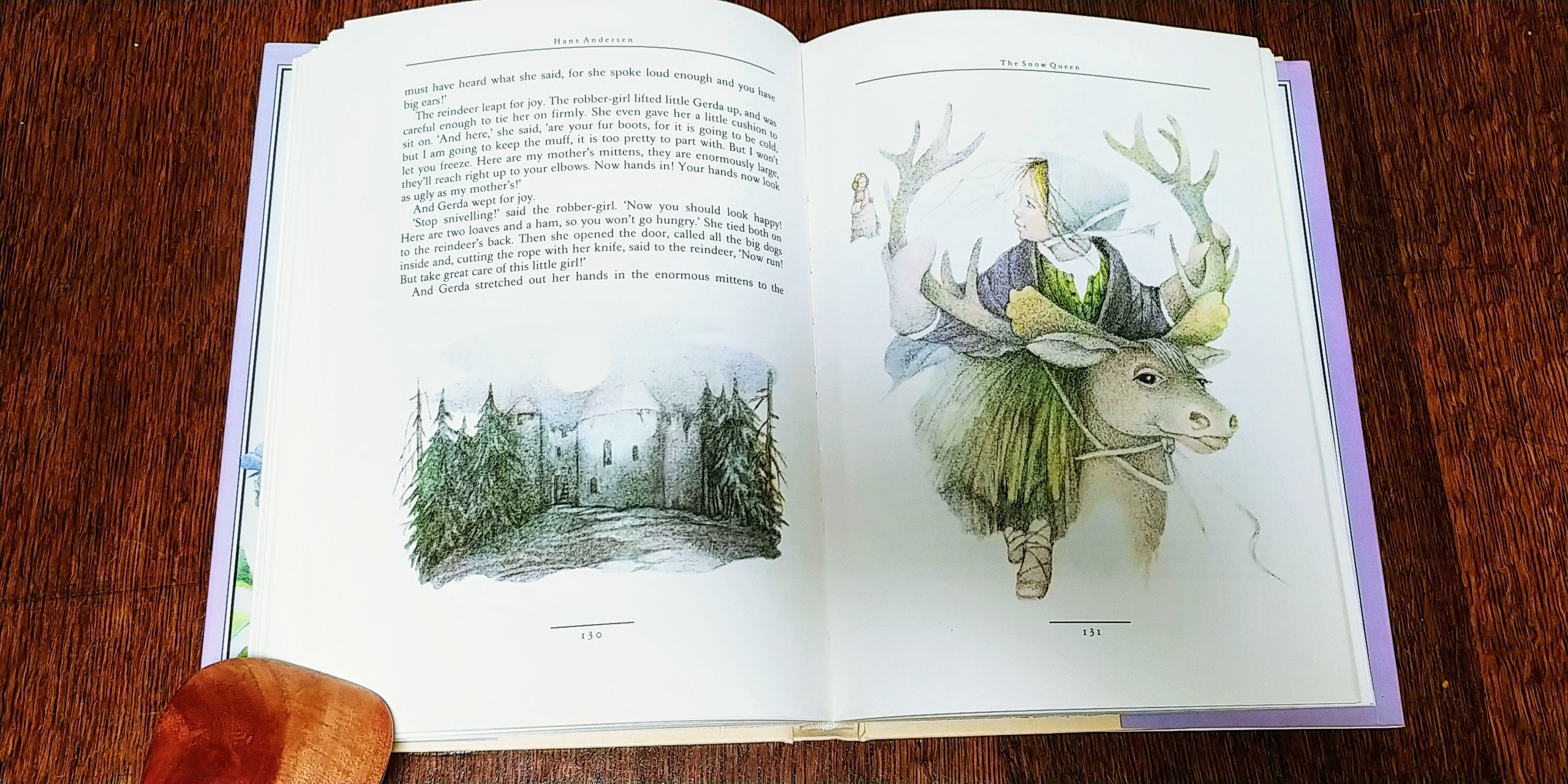 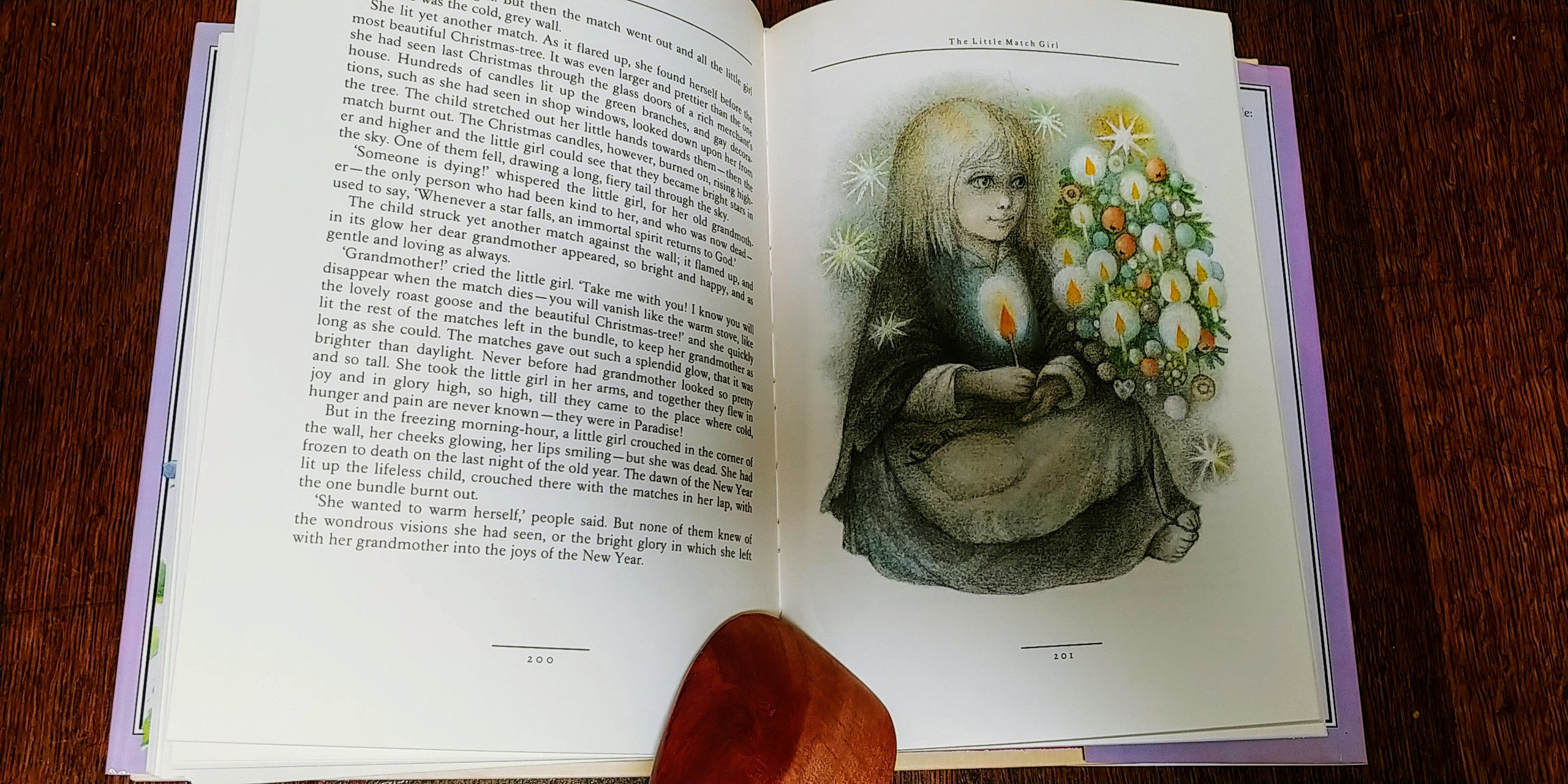 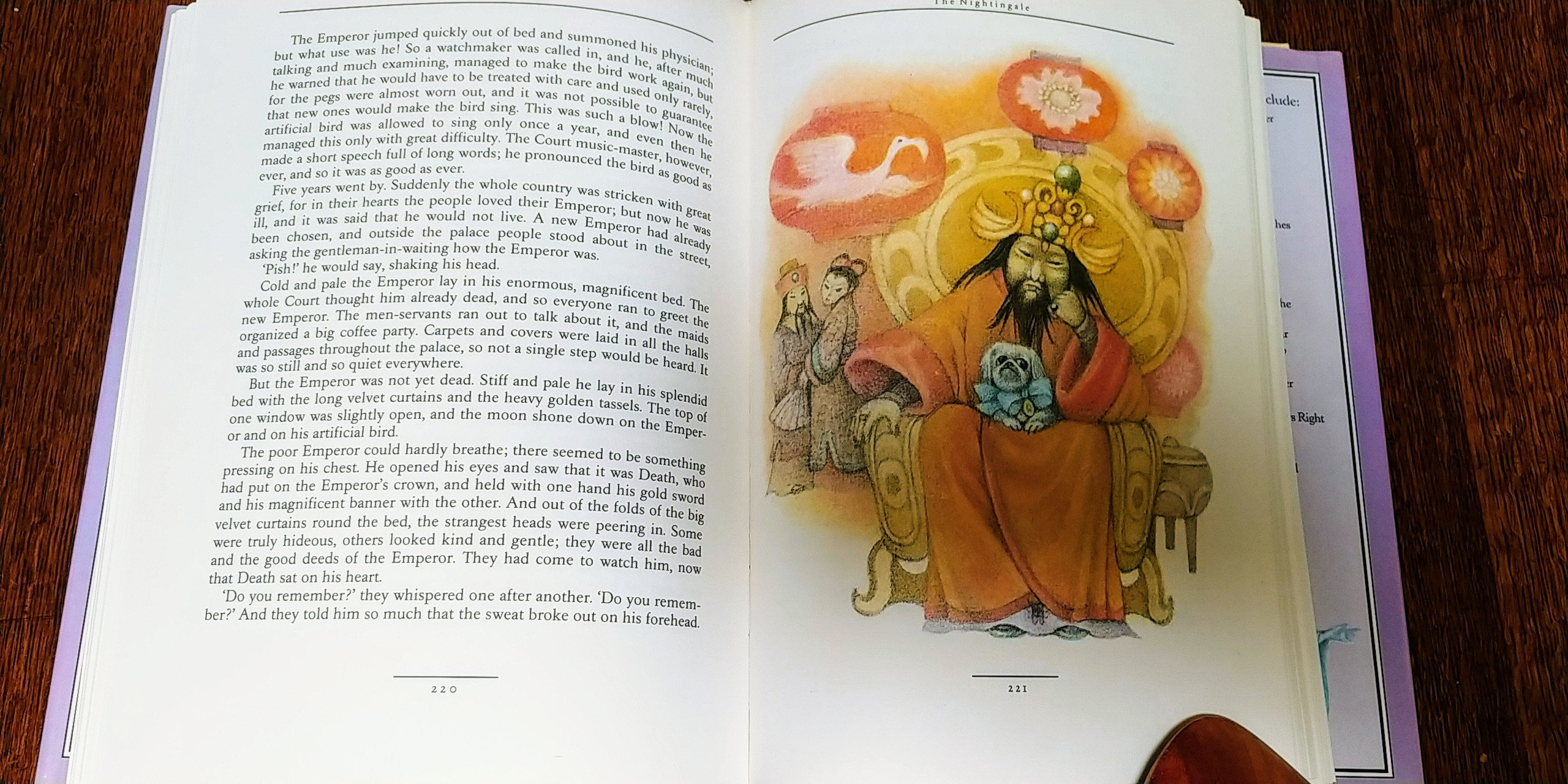 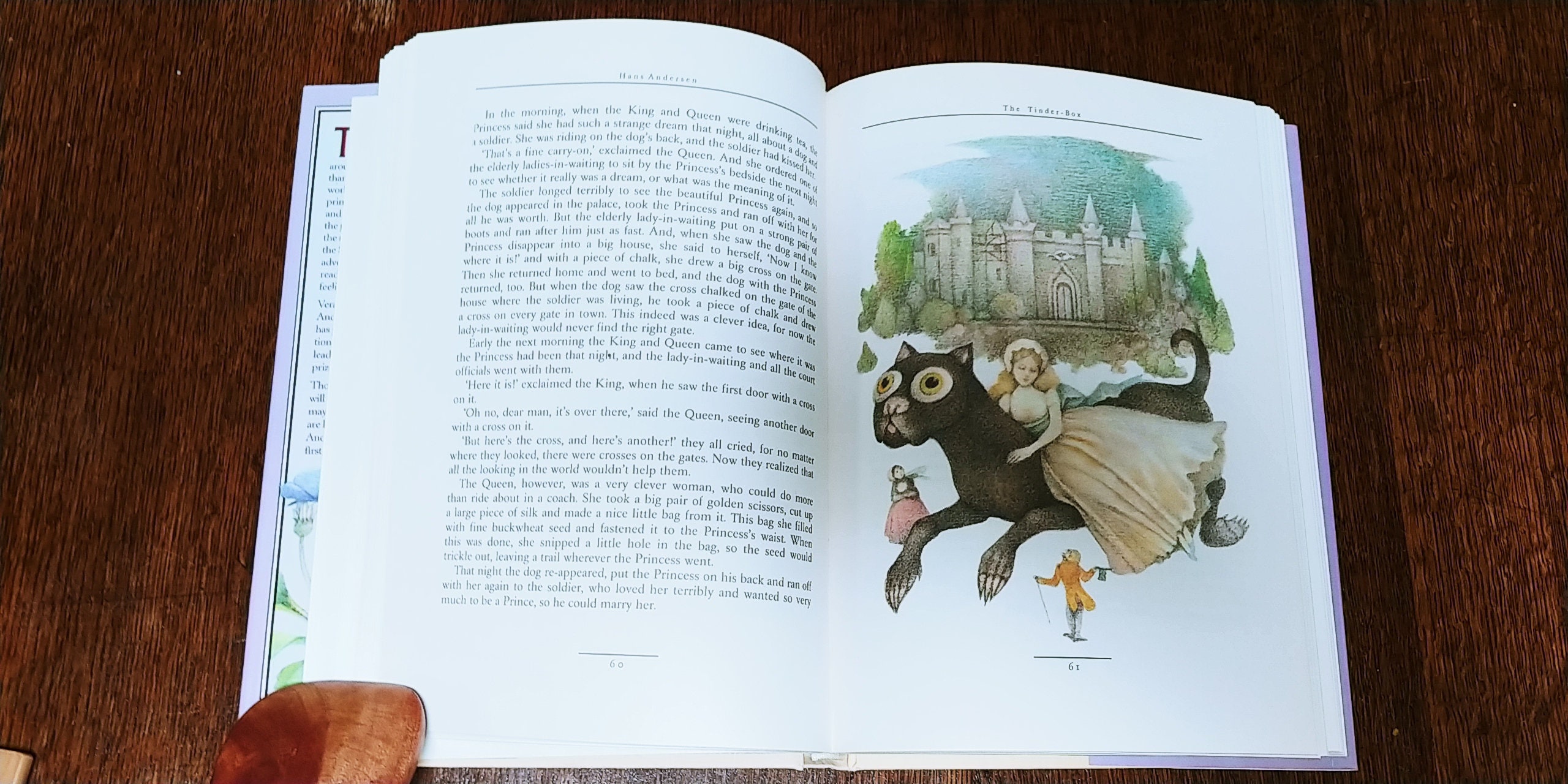 Retold by Vera Gissing, illustrated by Dagmar Berkova. 1981, first edition thus. Polygrafia, publishers (Prague). (First published in 1979 by Cathay Books, London, which is no longer in business.) Out of print. ISBN 0904644952.

If you share my affection for Hans Christian Anderson, this is a beautiful book to add to your library or to give to a favorite young reader.

Vera Gissing and artist Dagmar Berkova created a collaboration in which the stories and the artwork are inseparable. Berkova's gentle artwork -luminous children, fairies, flowers, and creatures - places this book among the most critically acclaimed illustrated Hans Christian Anderson books.

The personal stories of these two remarkable women are also worth mention.

In 1939, the Diamants placed their daughters Vera and Eva on one of the Kindertransport trains arranged by Sir Nicholas Winton to evacuate as many children as possible from Czechoslovakia to London before the Nazi invasion. Yet the children would not know for another 50 years that they had Sir Nicholas to thank. Vera Diamant Gissing wrote a biography of Winton and the script for the film, Power of Humanity. "He rescued the greater part of the Jewish children of my generation in Czechoslovakia. Very few of us met our parents again; they perished in concentration camps. Had we not been spirited away, we would have been murdered alongside them."

Dagmar Berkova, 1922 - 2002, was born in Vienna and grew up in Brno, Czechoslovakia. She studied in Prague at the Institute of Art, Architecture, and Design under Prof. Frantisek Muzika, and went on to become a renowned artist and illustrator of children's books. In addition to her work in this book, Berkova is best remembered for her illustrations for Alice In Wonderland, The Nutcracker, and The Magic Fish Bones (Charles Dickens). While not as familiar in the U.S., she was a beloved, award-winning artist in her home country, Europe, and the UK.