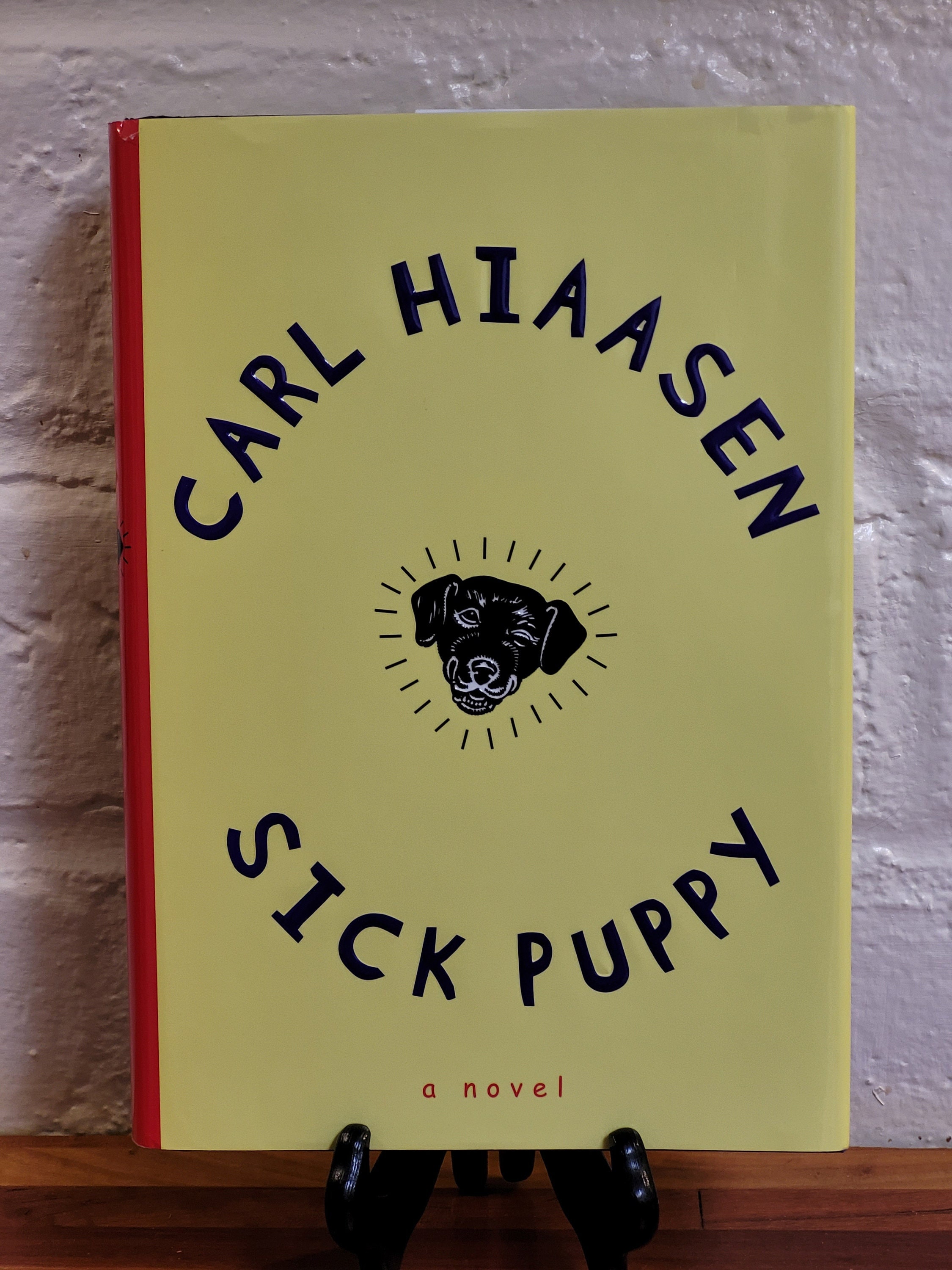 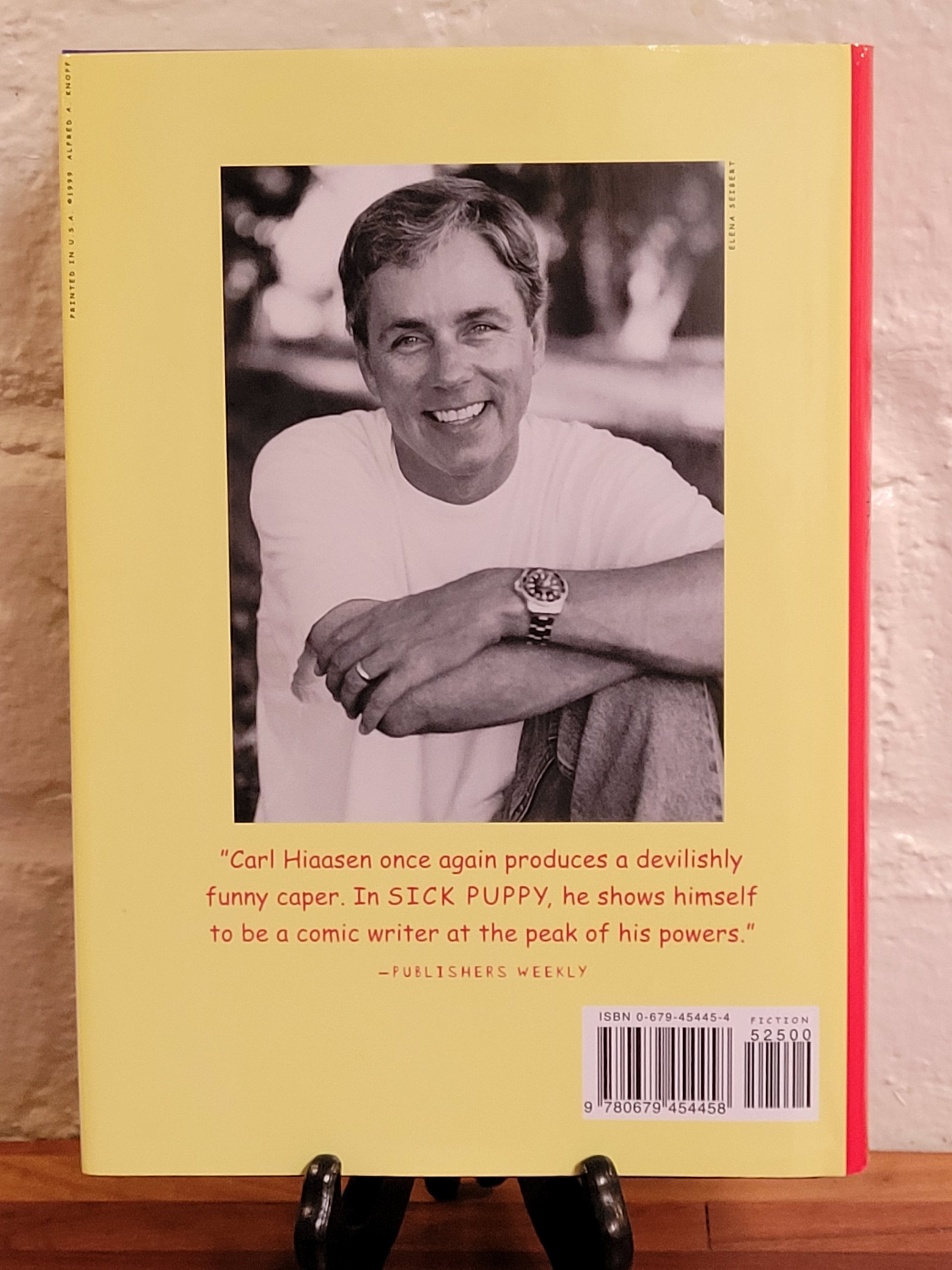 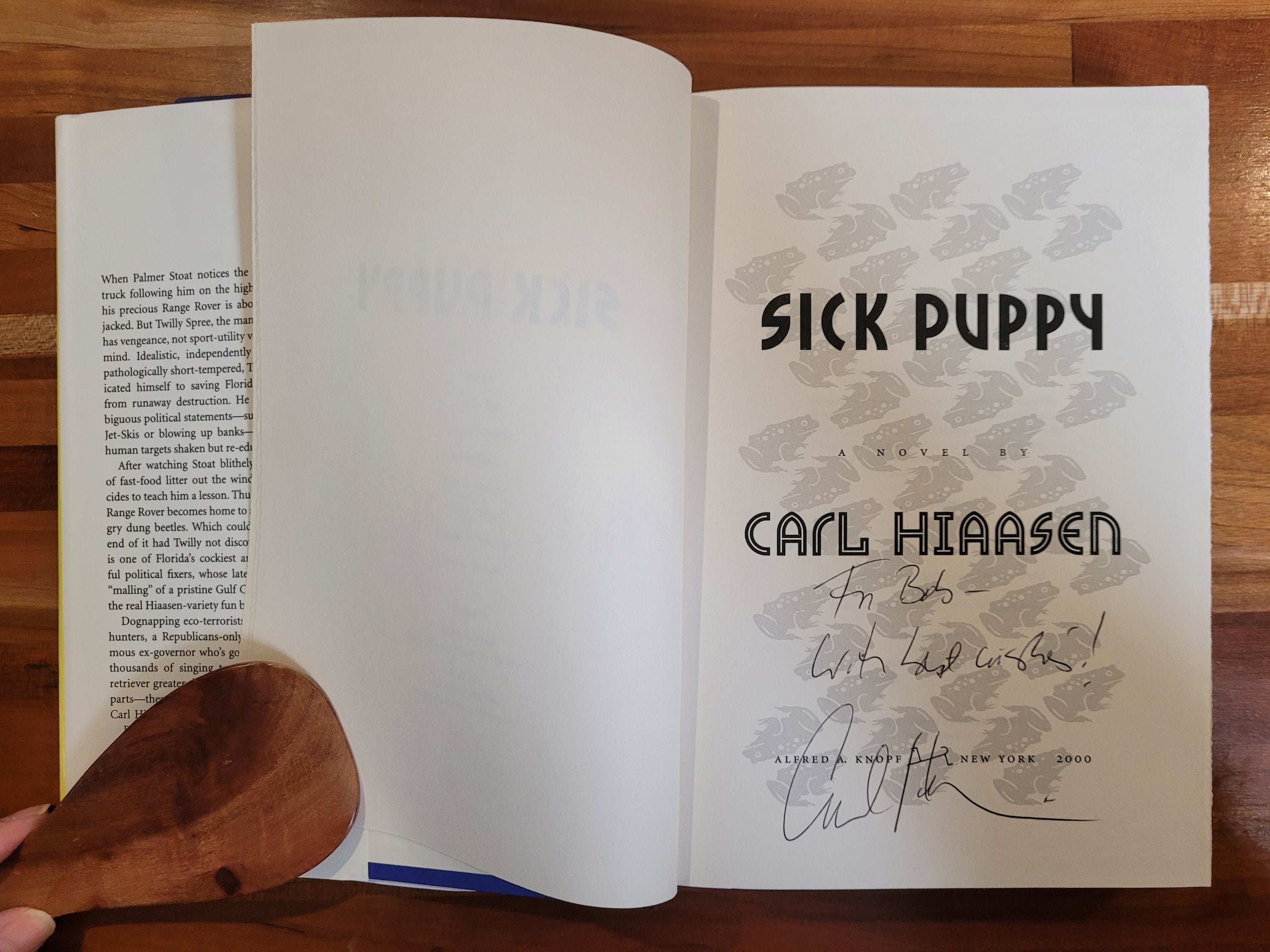 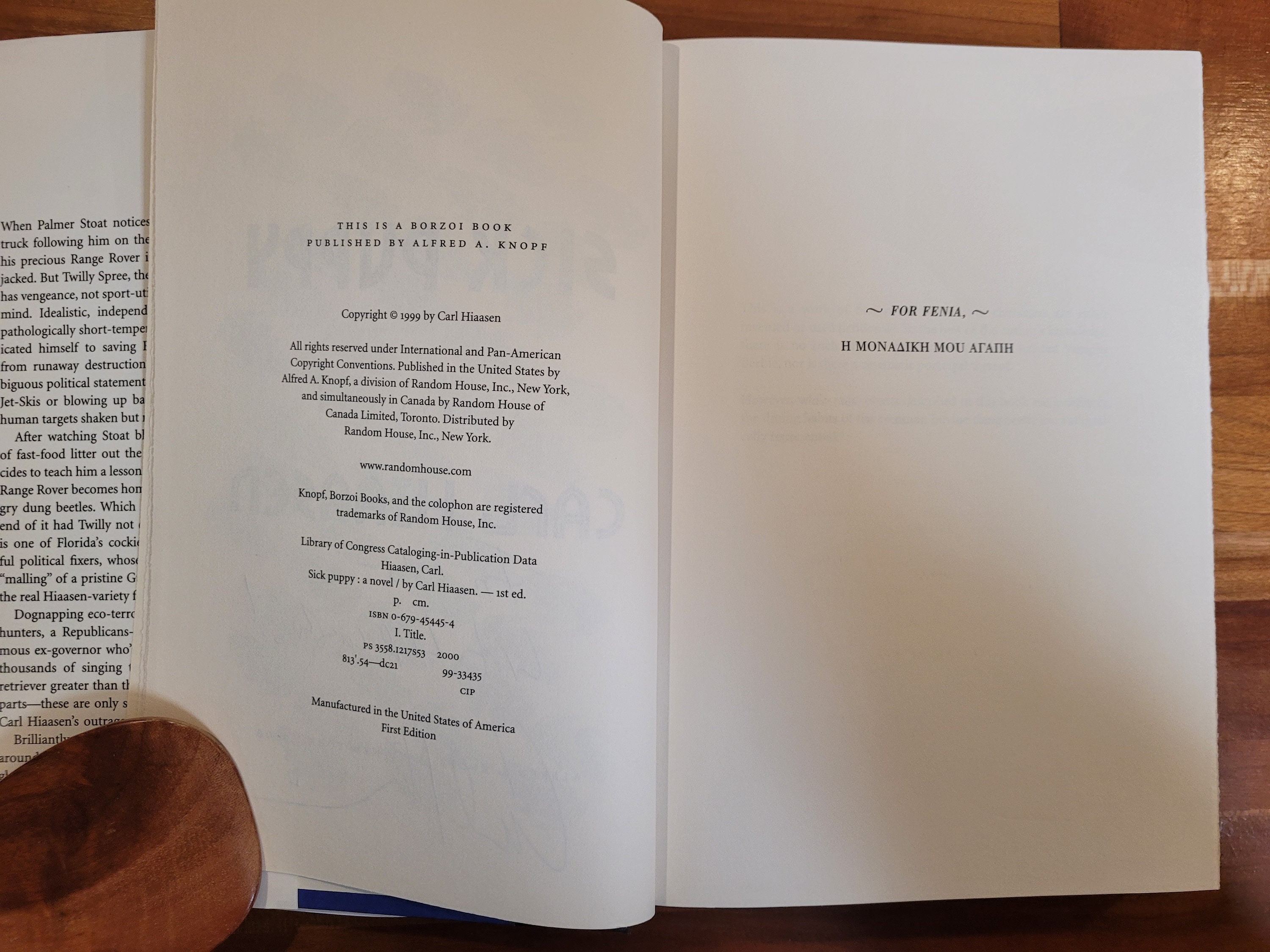 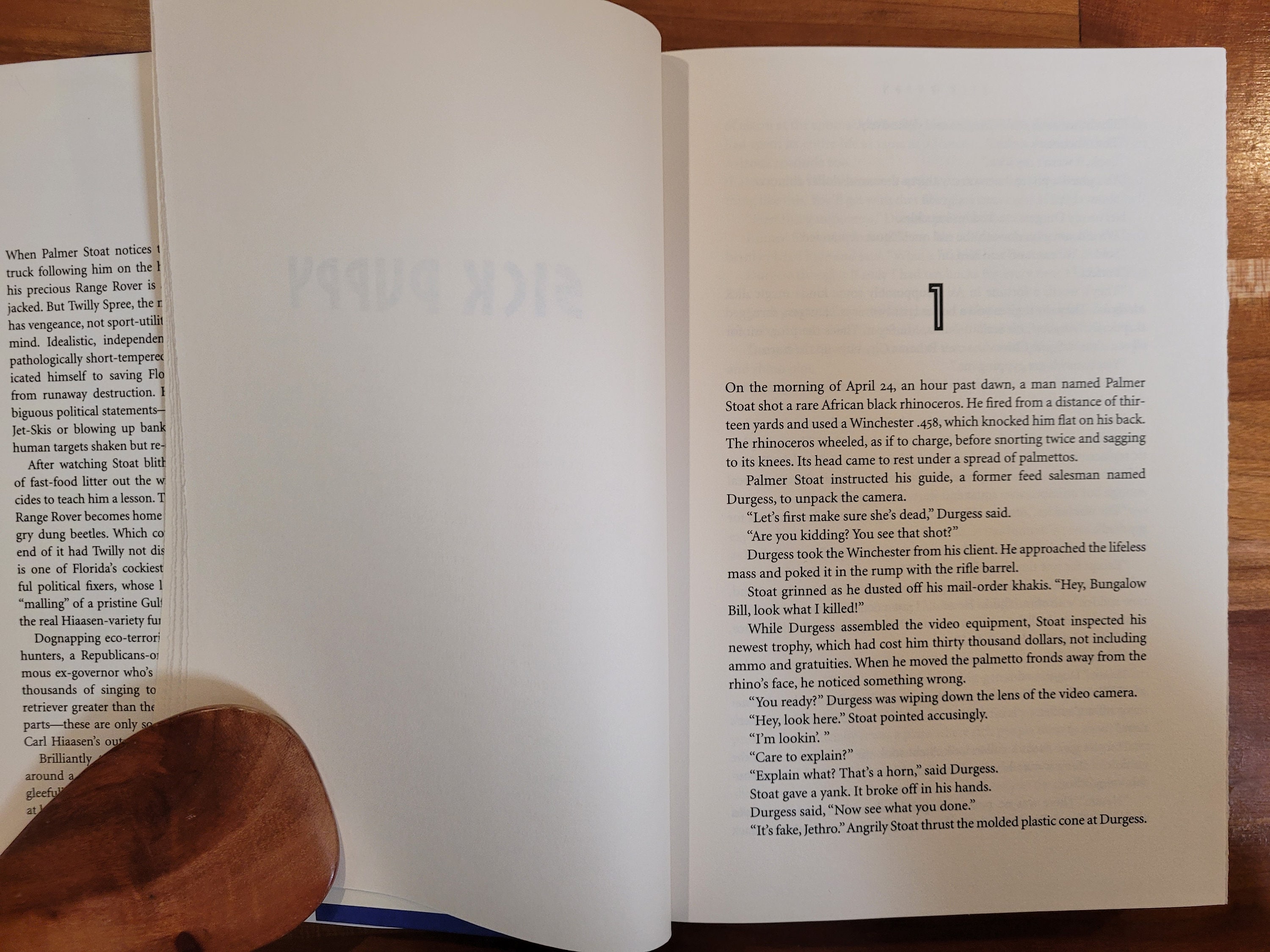 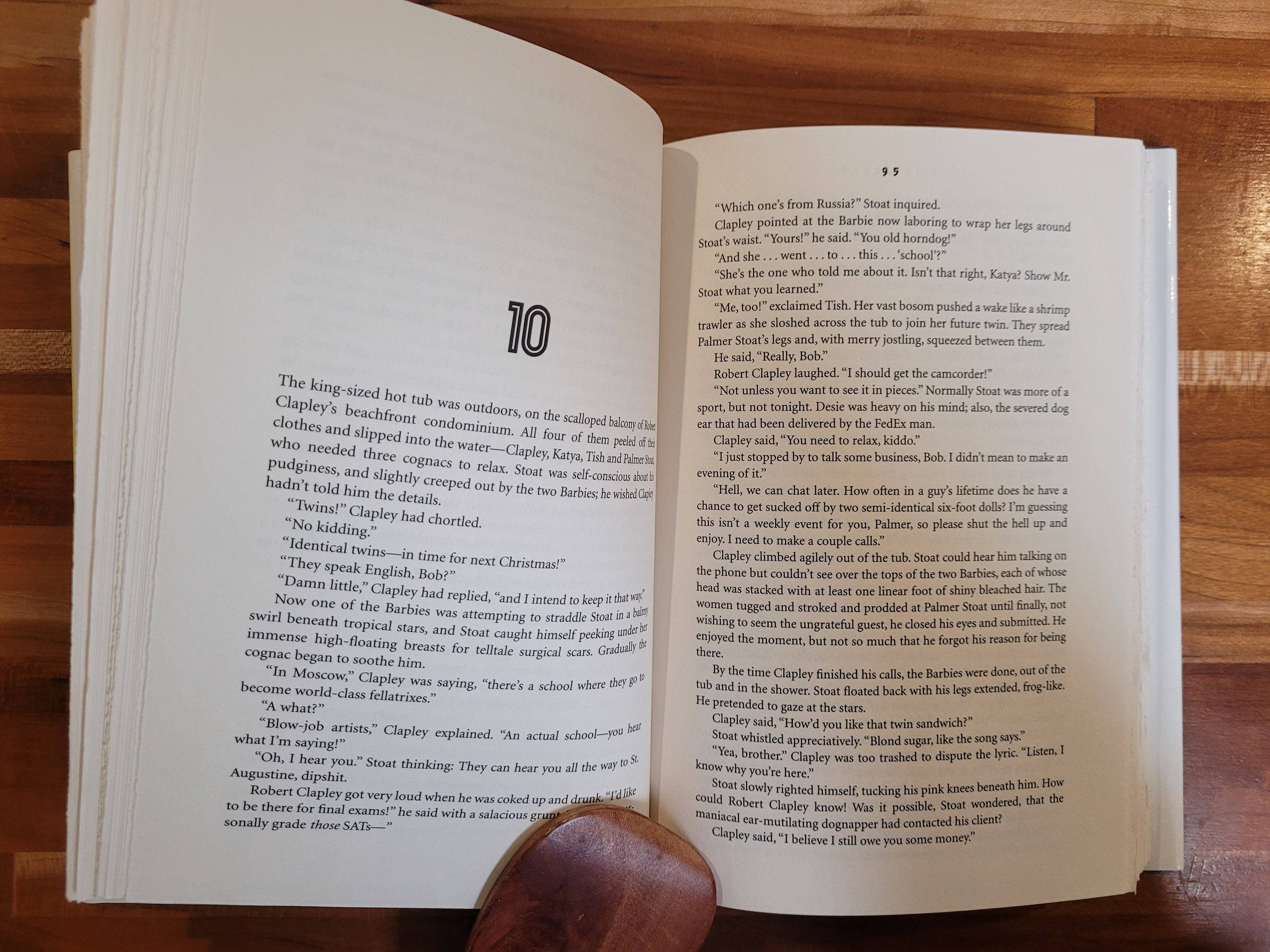 "On the morning of April 24, an hour past dawn, a man named Palmer Stoat shot a rare African black rhinoceros. He fired from a distance of thirteen yards and used a Winchester .458, which knocked him flat on his back. The rhinoceros wheeled, as if to charge, before snorting twice and sagging to its knees. Its head came to rest under a spread of palmettos. ...

"Palmer Stoat had more than enough money to go to Africa, but he didn't have the time. That's why he did his big-game hunting at local safari ranches, some legal and some not. This one, located near Ocala, Florida, was called the Wilderness Veldt Plantation. Officially it was a 'private game preserve'; unofficially it was a place where rich people went to shoot exotic wild animals. Palmer Stoate had been there twice before, once for a water buffalo and once for a lion. From Fort Lauderdale it wasn't a bad drive, a shade over four hours. The hunts were staged early in the morning, so usually he was home in time for dinner."

"When Palmer Stoate notices the black pickup truck following him on the highway, he fears his precious Range Rover is about to be carjacked. But Twilly Spree, the man tailing stoat, has vengeance, not sport-utility vehicles, on his mind. Idealist, independently wealthy and pathologically short-tempered, Twilly has dedicated himself to saving Florida's wilderness from runaway destruction. He favors unambiguous political statements - such as torching Jet-Skis or blowing up banks - that leave his human targets shaken but re-educated.

"After watching Stoat blithely dump a trail of fast-food litter out of the window, Twilly decides to teach him a lesson. Thus, Stoat's prized Range Rover becomes home to a horde of hungry dung beetles. Which could have been the end of it had Twilly not discovered that Stoat is one of Florida's cockiest and most powerful political fixers, whose latest project is the 'malling' of a pristine Gulf Coast island...

"Dognappy eco-terrorists, bogus big-game hunters, a Republicans-only hooker, an infamous ex-governor who's gone back to nature, thousands of singing toads and a Labrador retriever...these are only some of the denizens of Carl Hiaasen's outrageously funny new novel."

Journalist and author Carl Hiassen (1953 - ) is a native and lifelong resident of Florida, the setting for his novels, in which he picks up rocks to show us what's squiggling around underneath. He retired from the Miami Herald in 2021. He's written more than twenty novels, including six for young readers, and he's been a frequent guest on The New York Times Bestseller list.