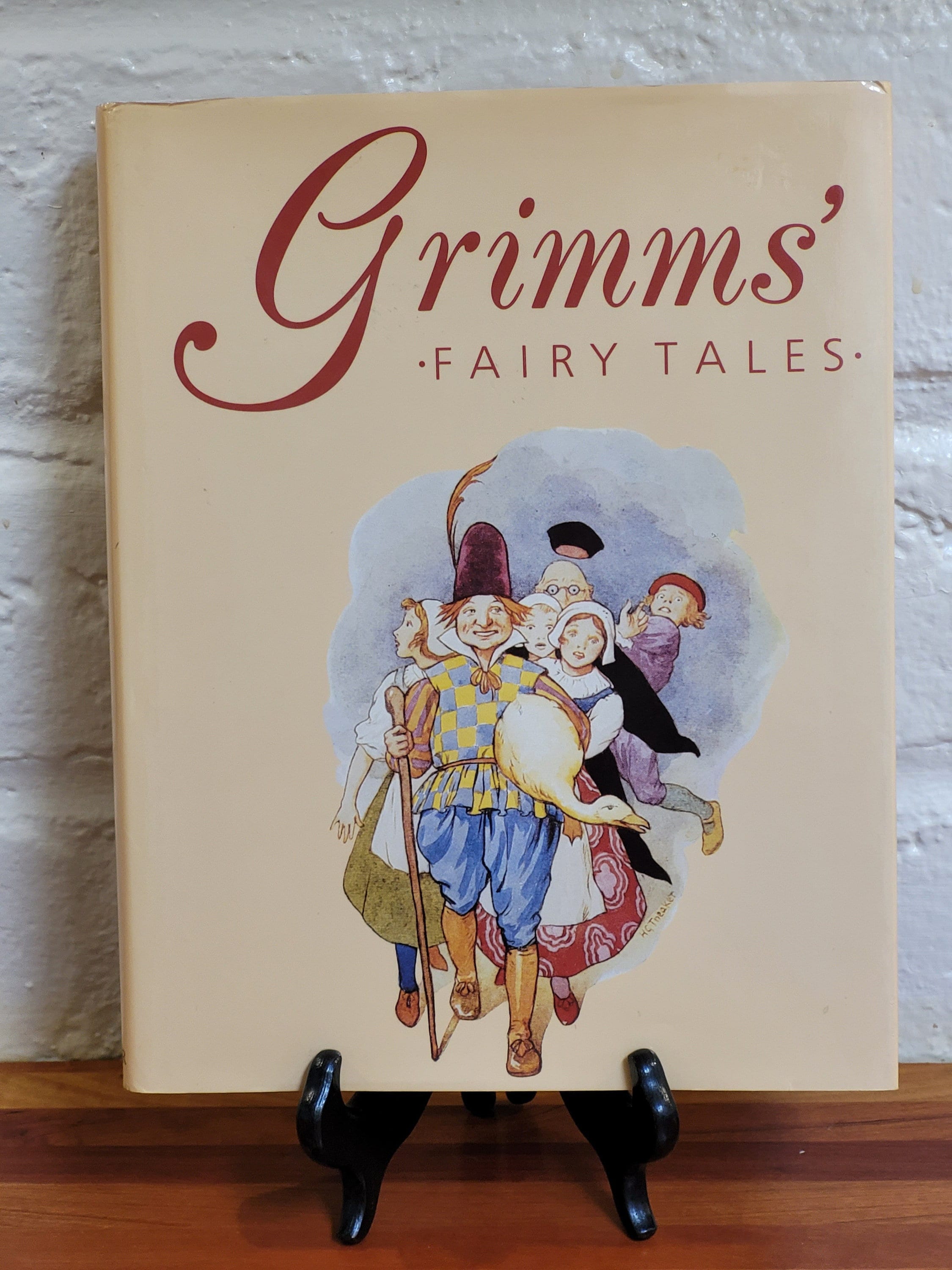 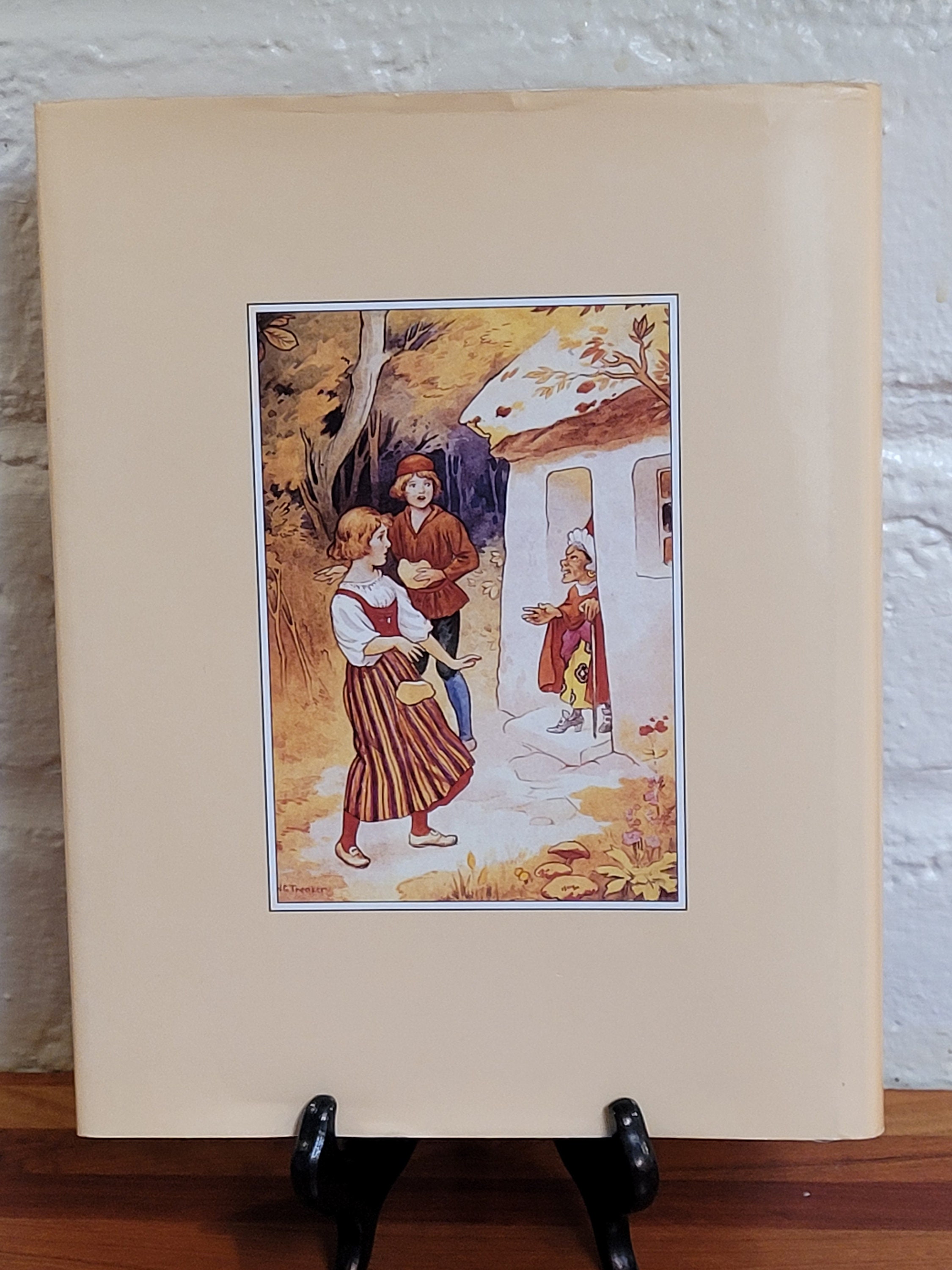 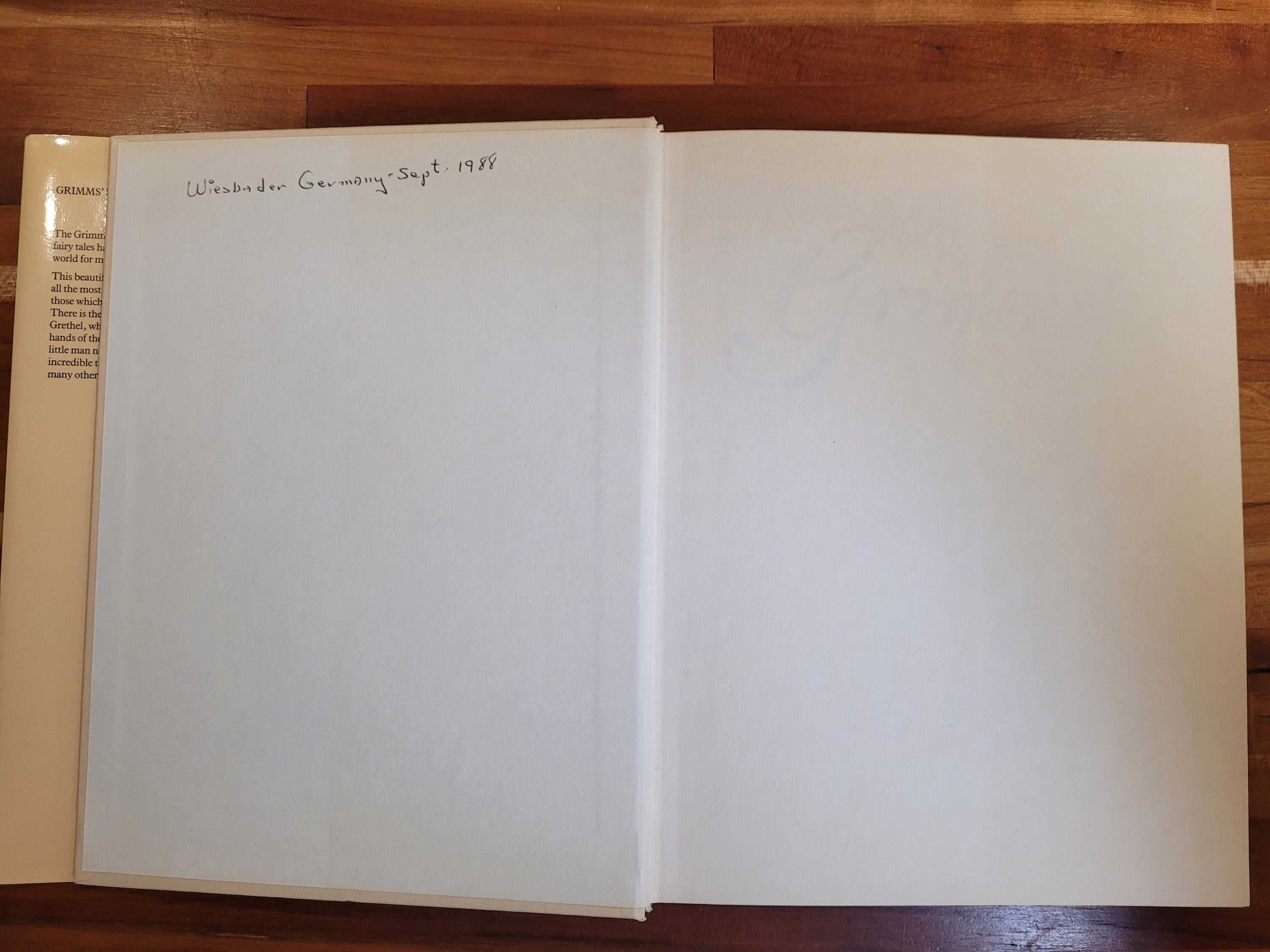 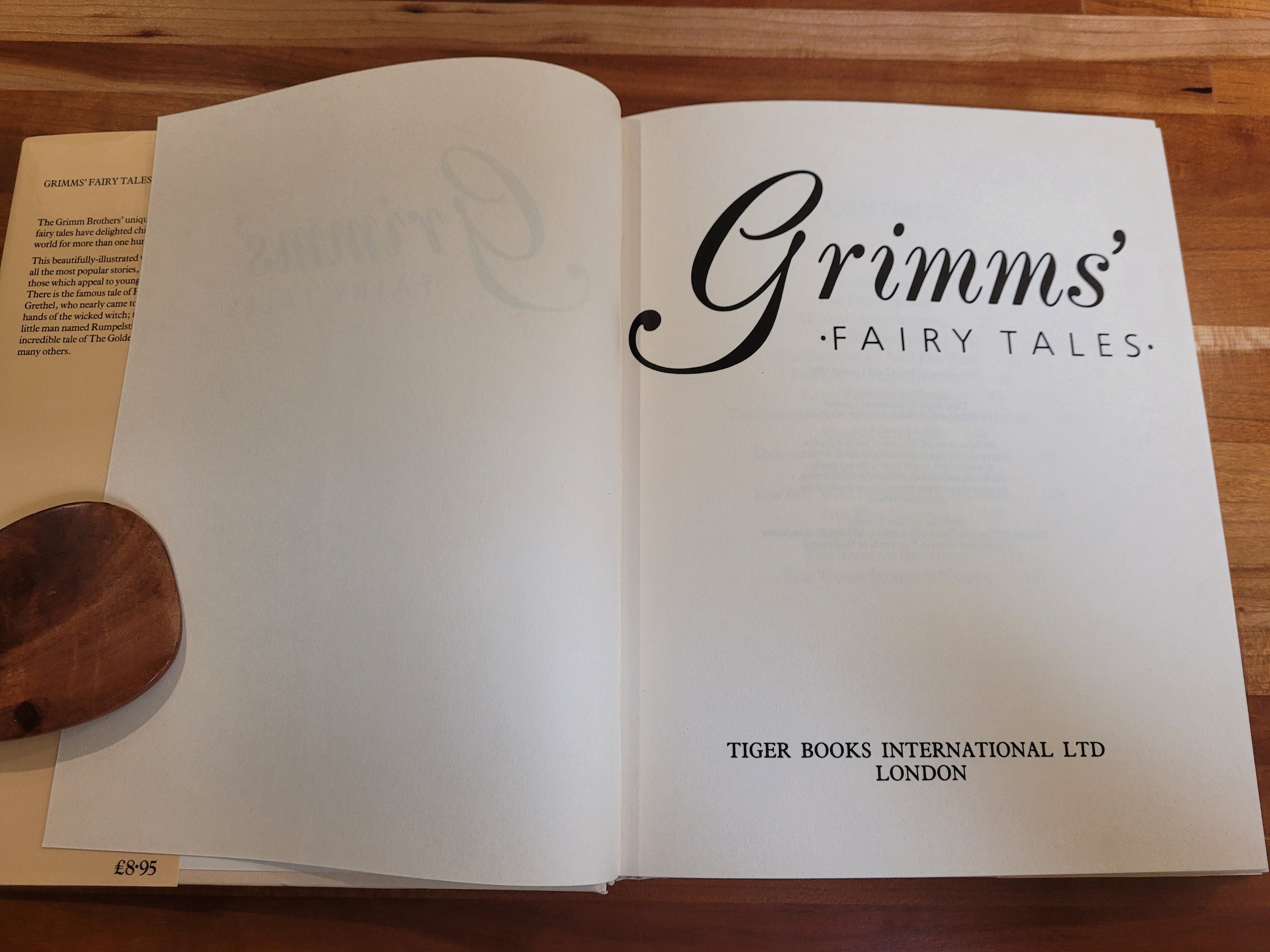 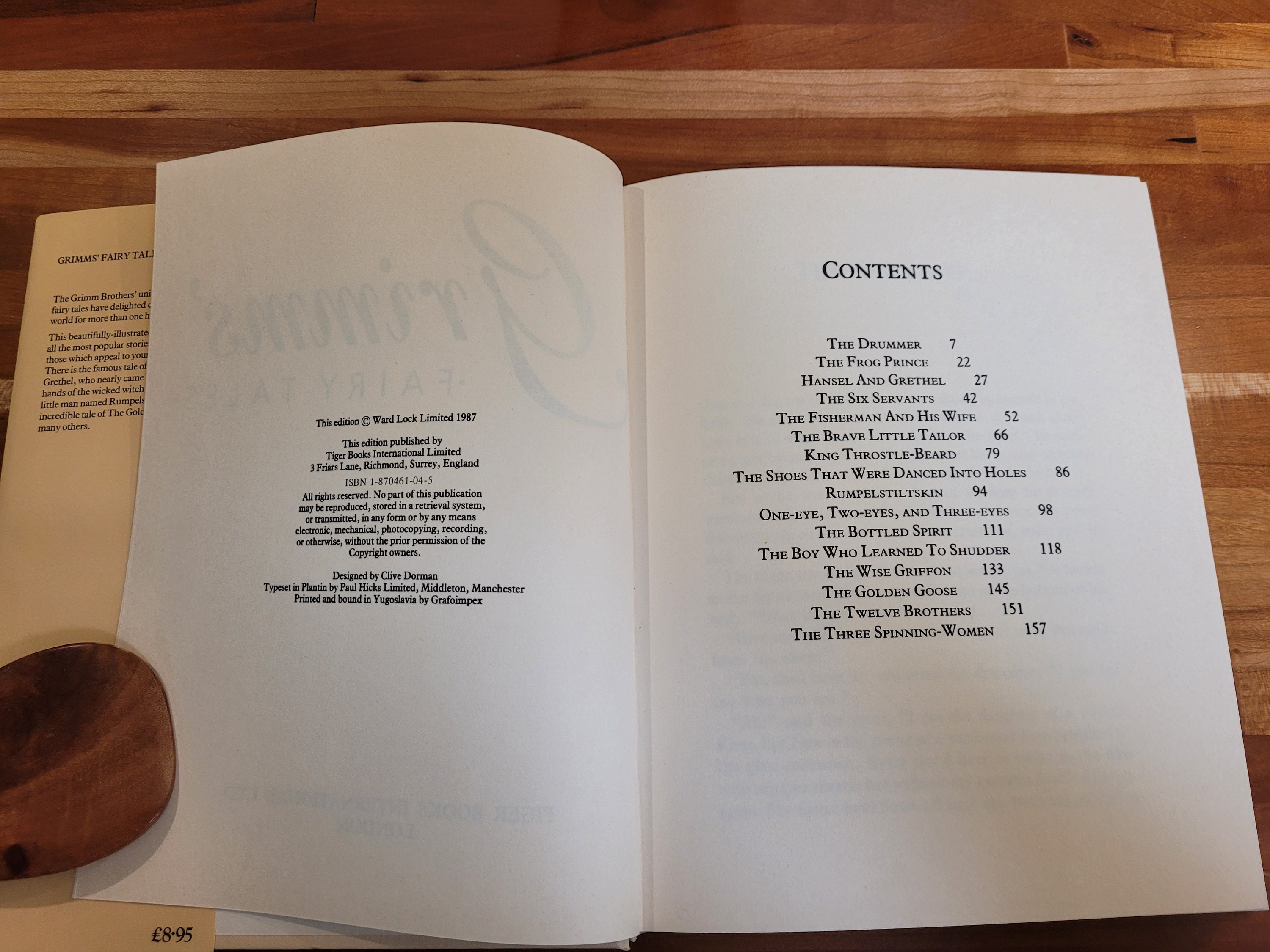 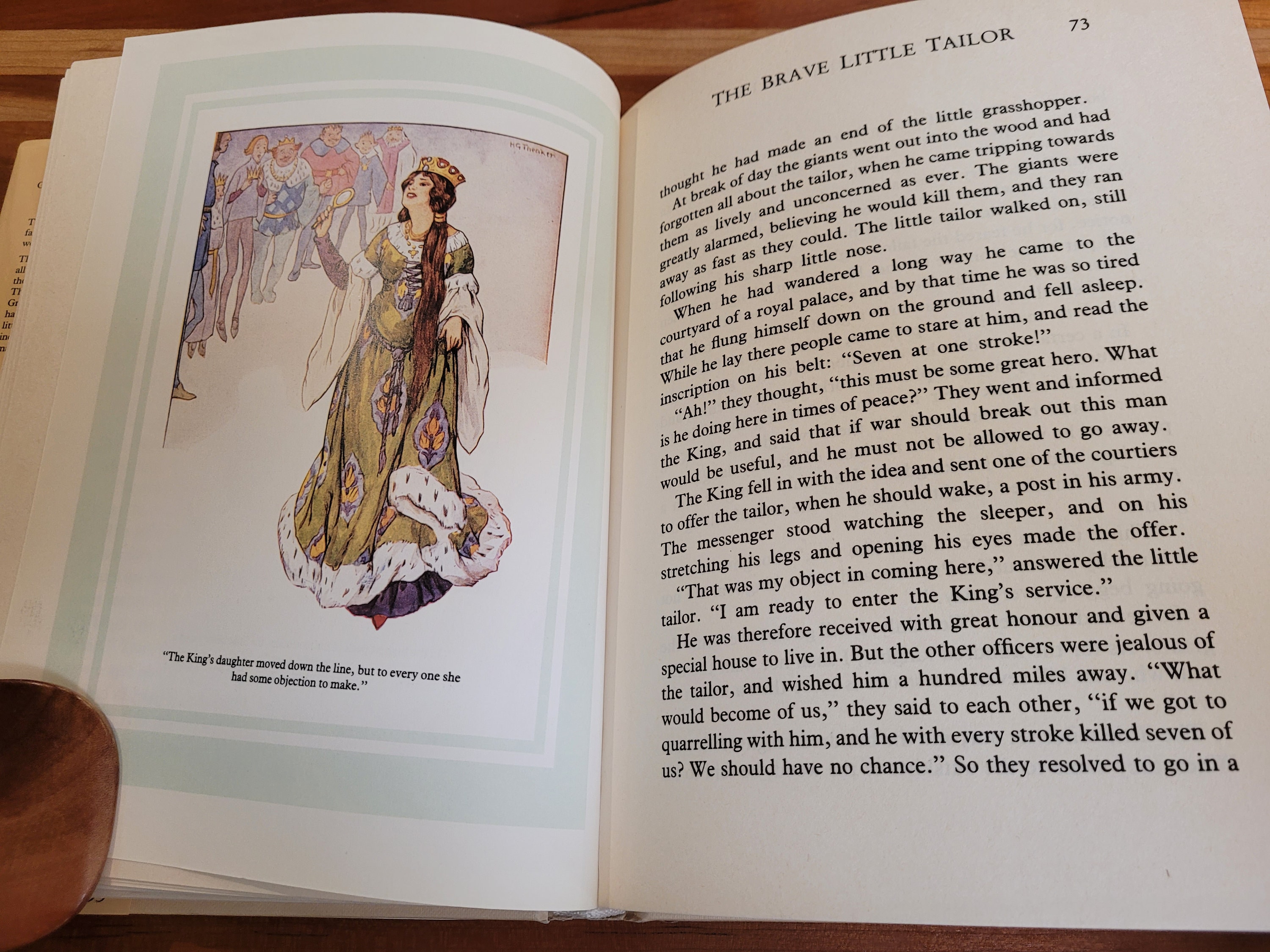 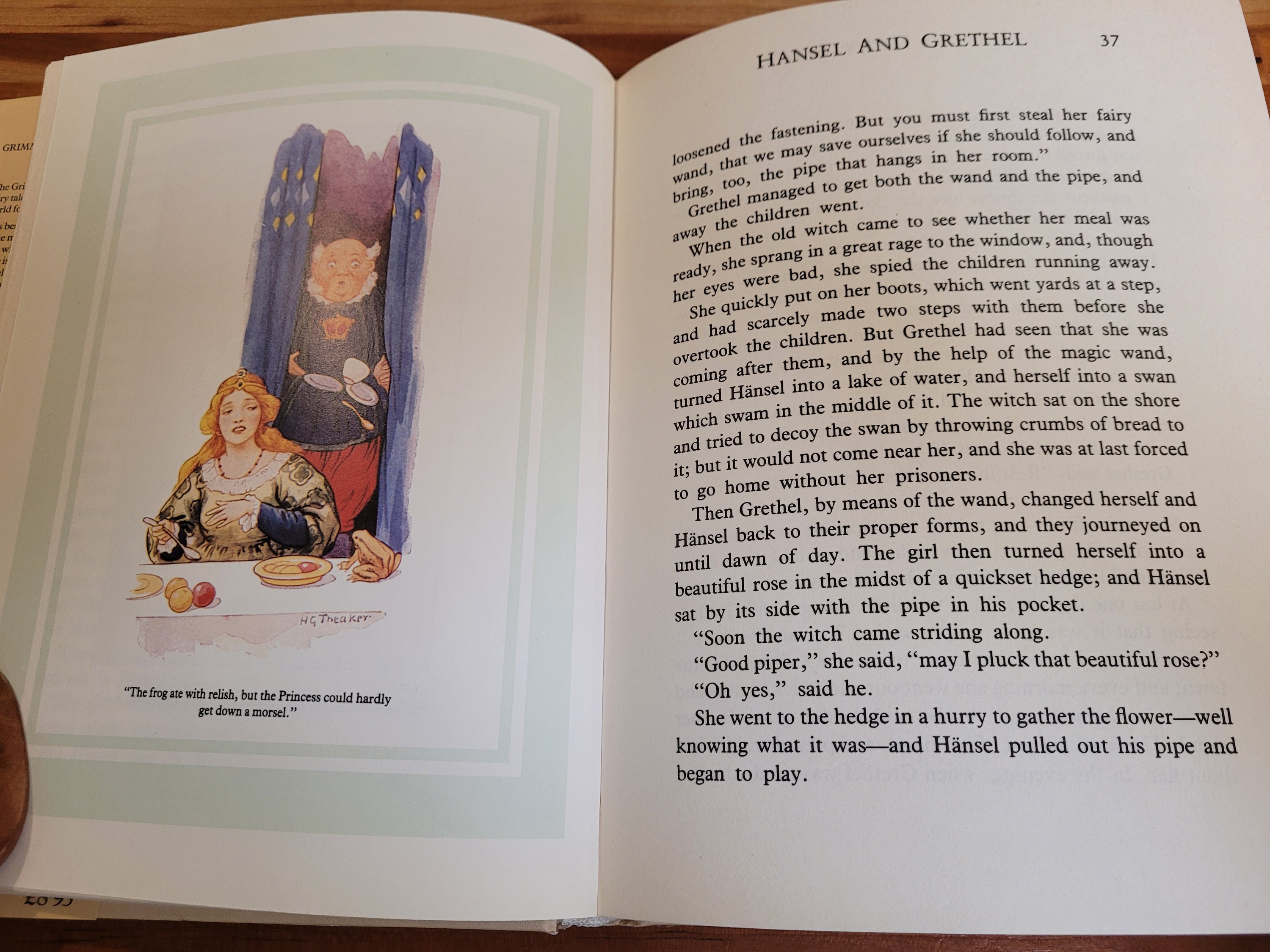 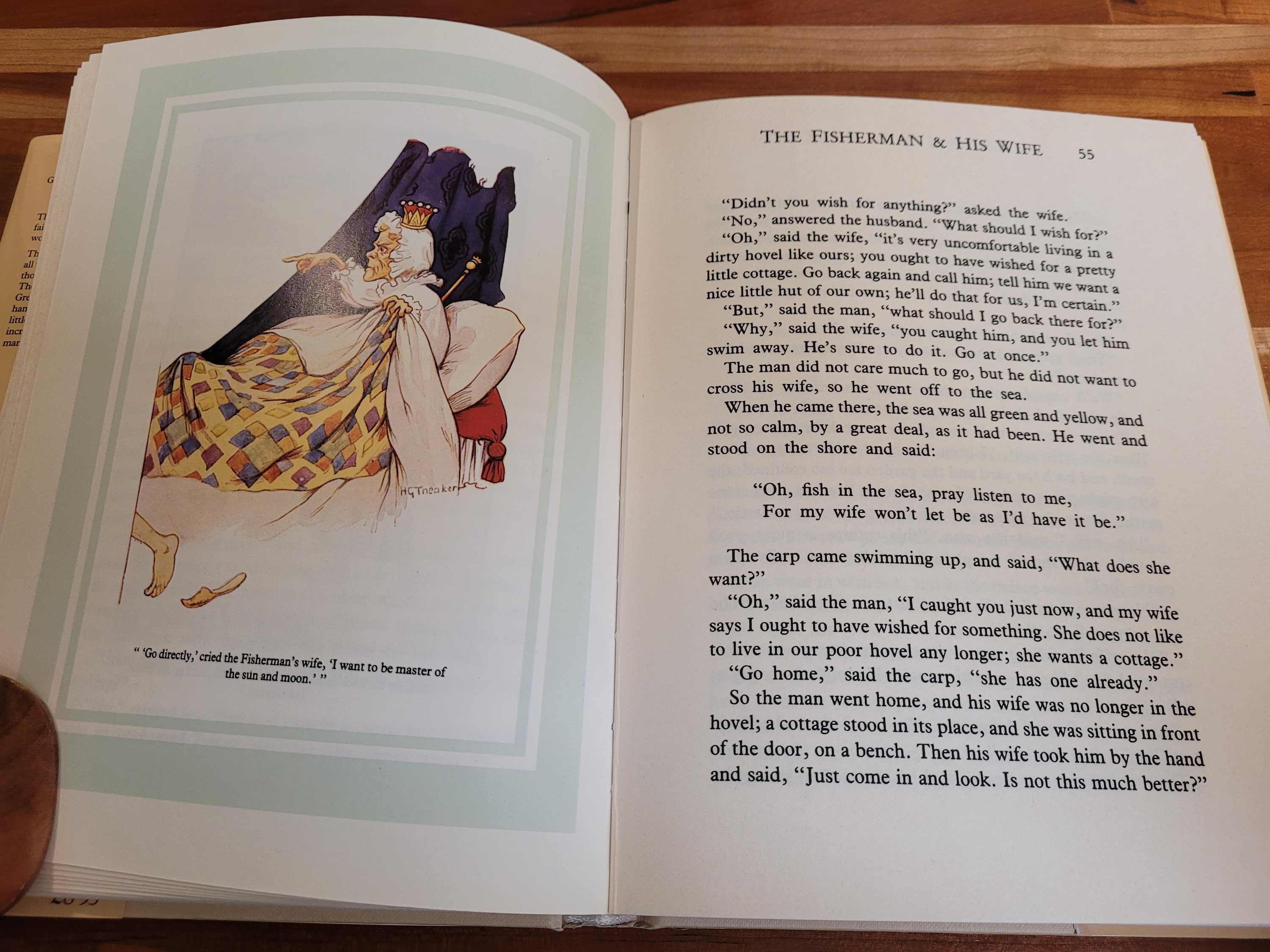 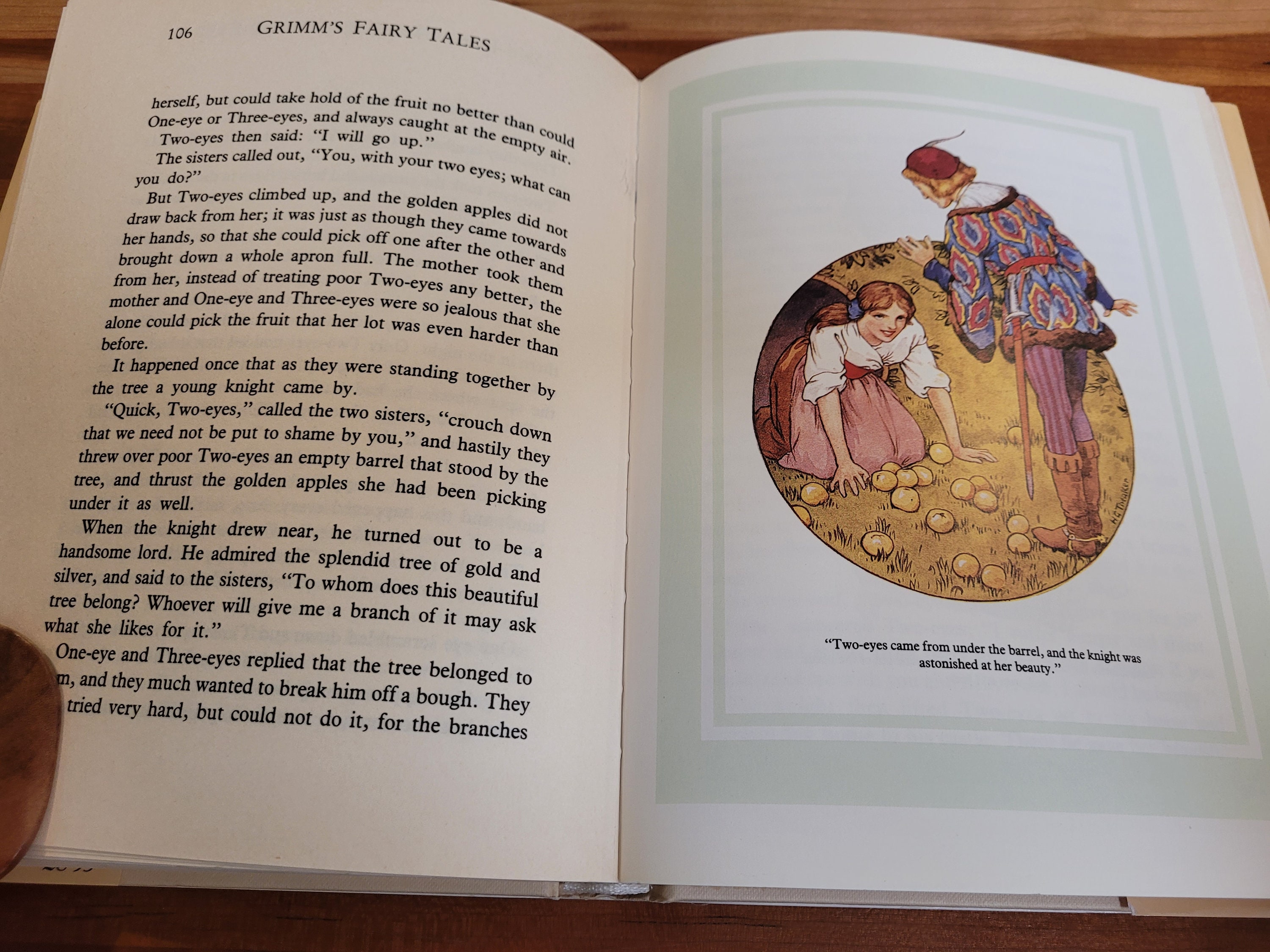 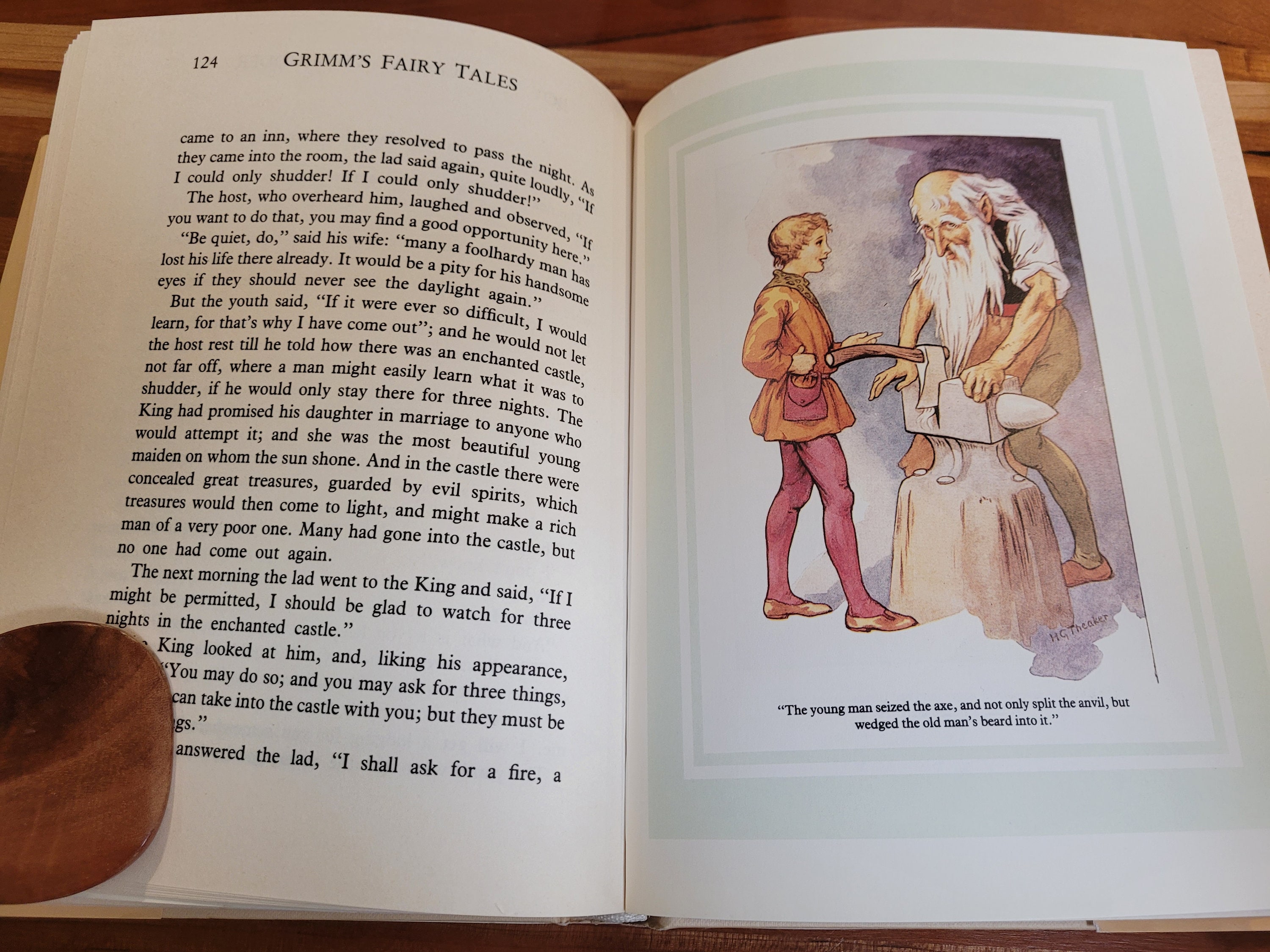 "One evening a young drummer was walking by himself in the fields. He came to a lake where he found on the bank three little bits of white linen. "This is very fine linen," he said, and put a bit in his pocket. He then went home, and without thinking any more about his find lay down in bed.

"Just as was composing himself to sleep he fancied someone called his name. He listened, and then a low voice fell distinctly on his ear. "Drummer, drummer, wake up!" it said.

"The night was so dark that he could see no one, but he felt as if a figure were floating up and down at the bottom of his bed. "What do you want?" he asked.

"Give me back my garment that you took away last night from the shore."

"You shall have it," answered the drummer, "if you tell me who you are."

The Drummer braves giants, a great mountain, and a crafty witch and her impossible tasks, a bought of amnesia and drugged sleep, but in the end, he frees the Princess and they live happily ever after.

The Drummer
The Frog Prince
Hansel and Gretel
The Six Servants
The Fisherman and His Wife
The Brave Little Tailor
King Throstle-Beard
The Shoes That Were Danced Into Holes
Rumpelstiltskin
One-Eye, Two-Eyes, and Three-Eyes
The Bottled Spirit
The Boy Who Learned To Shudder
The Wise Griffon
The Golden Goose
The Twelve Brothers
The Three Spinning-Women