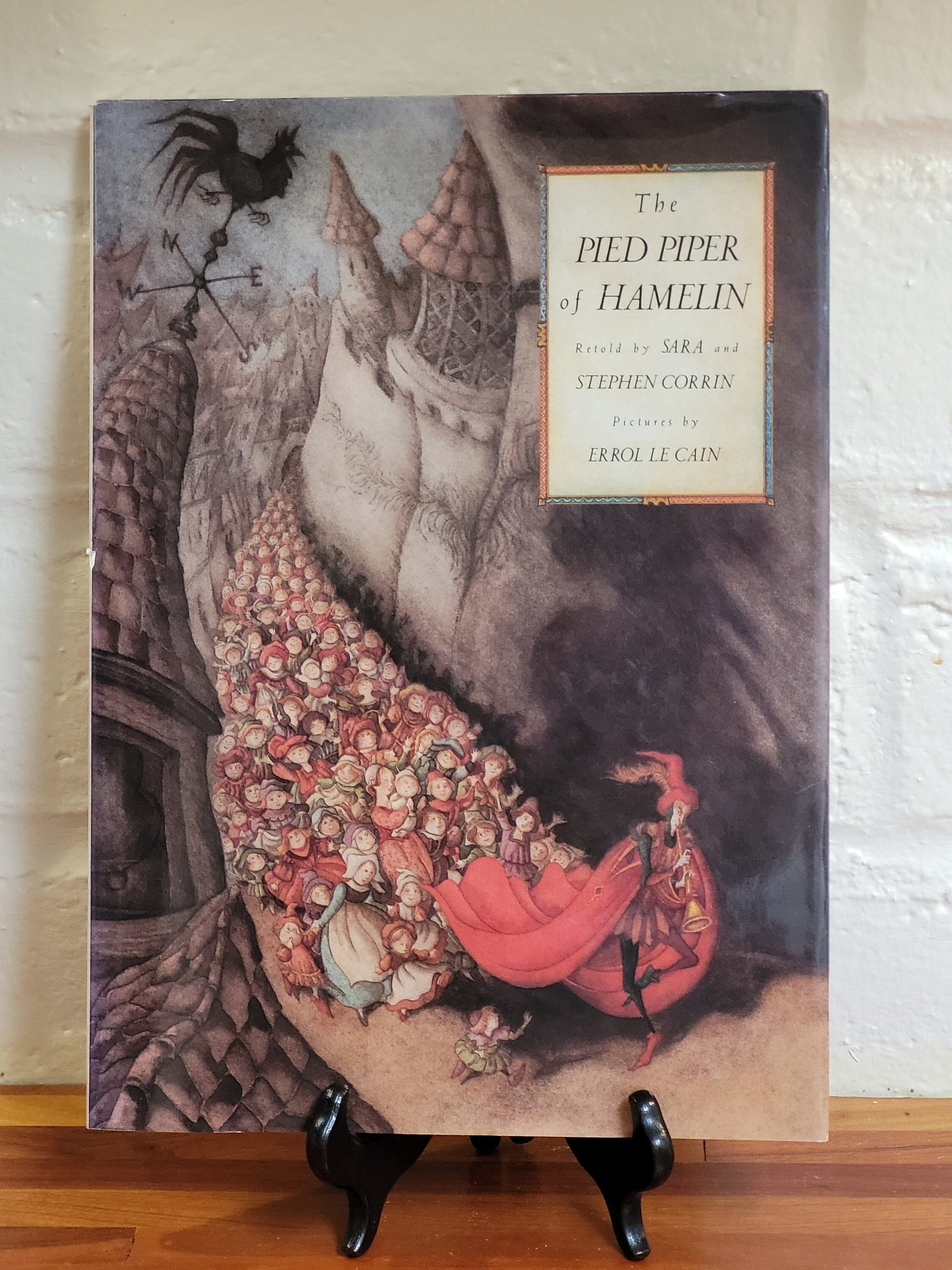 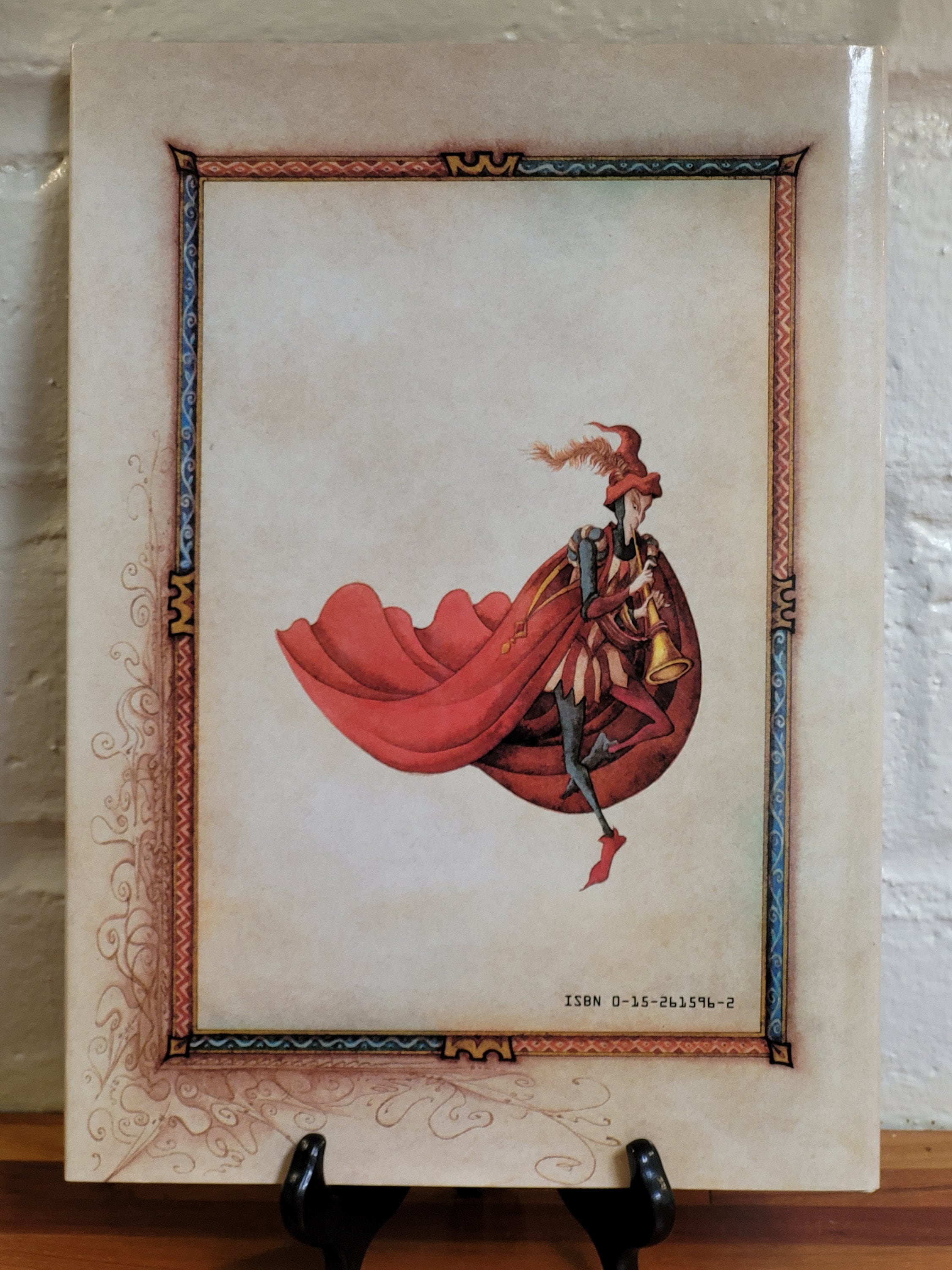 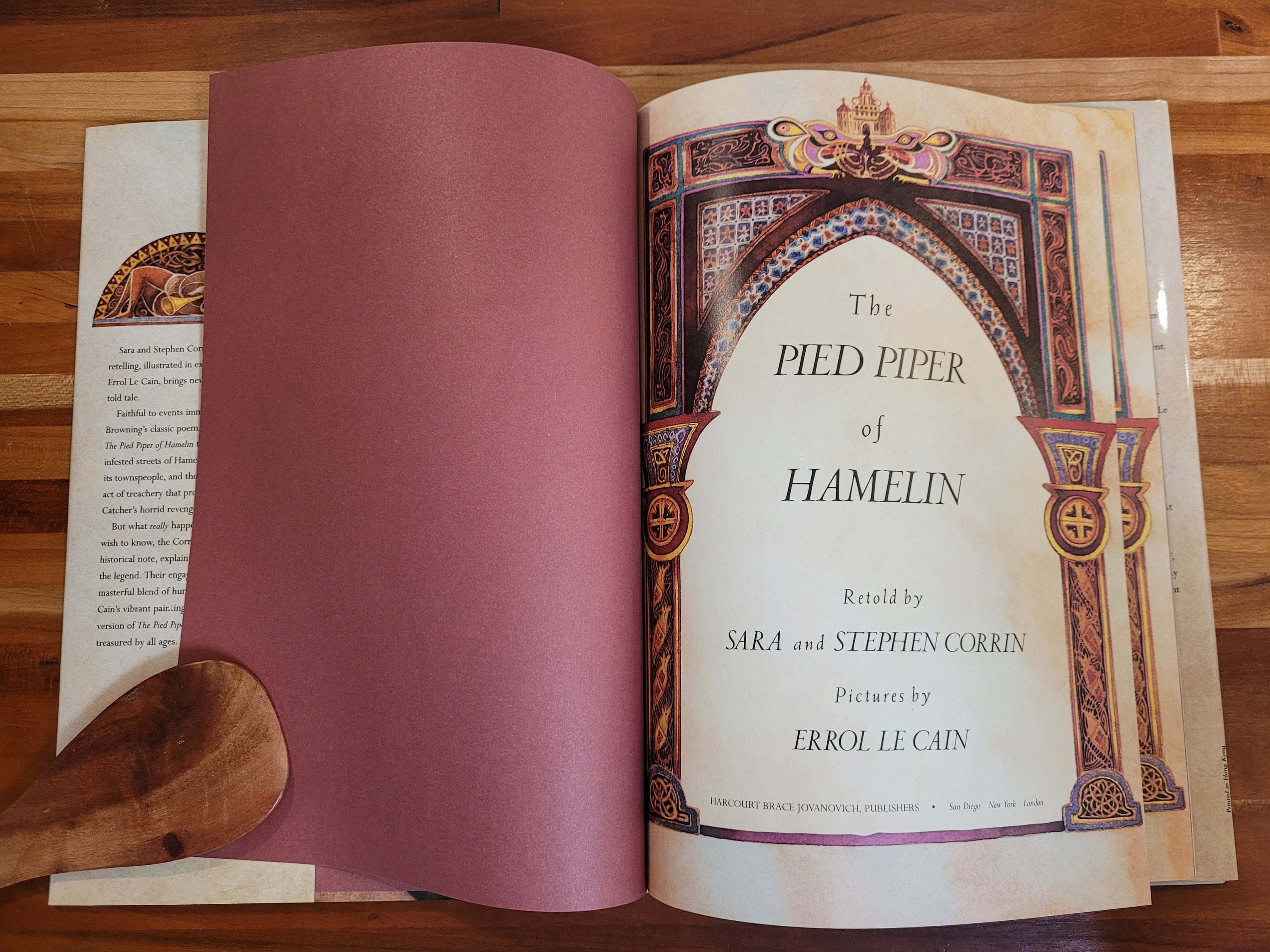 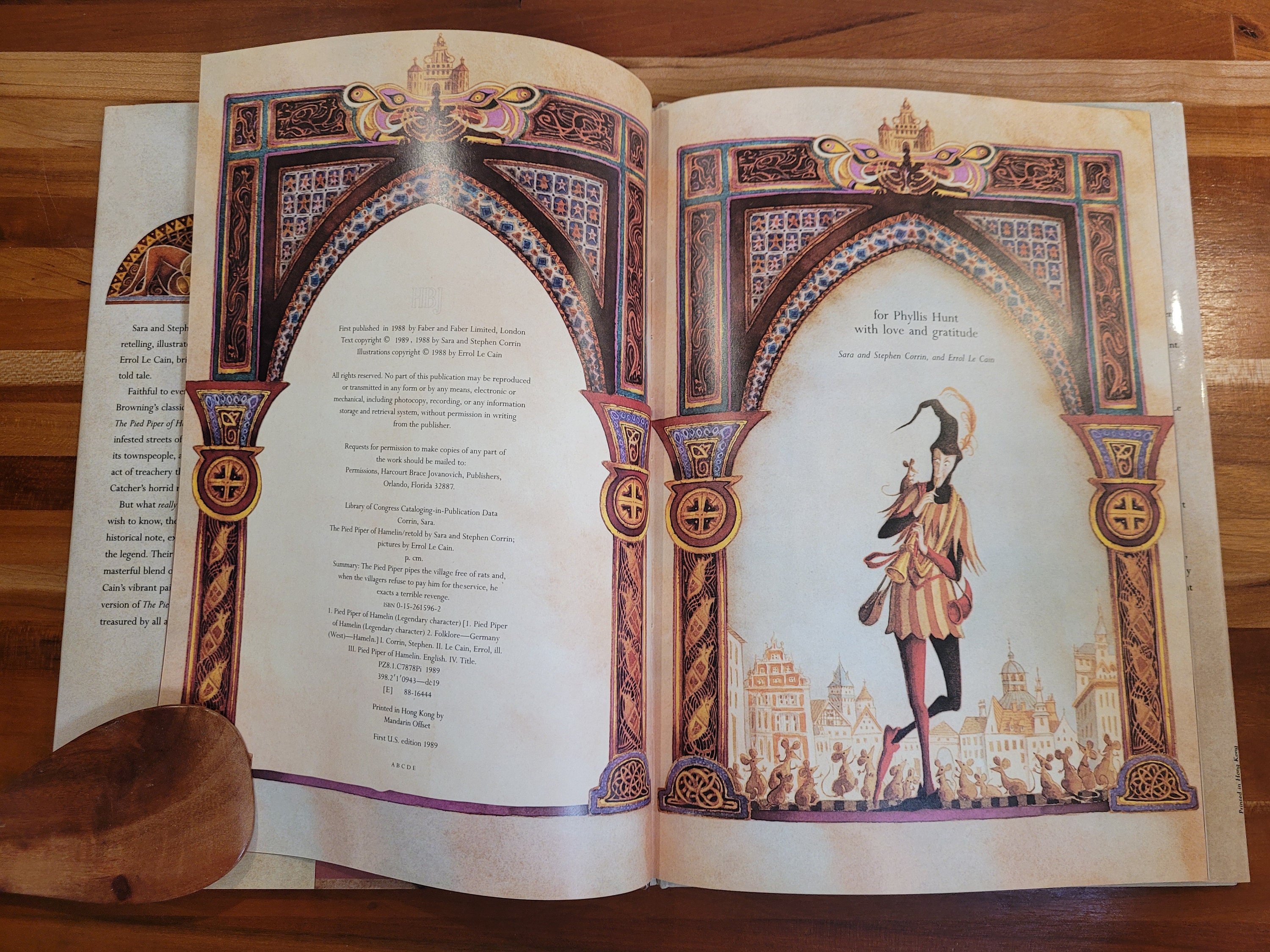 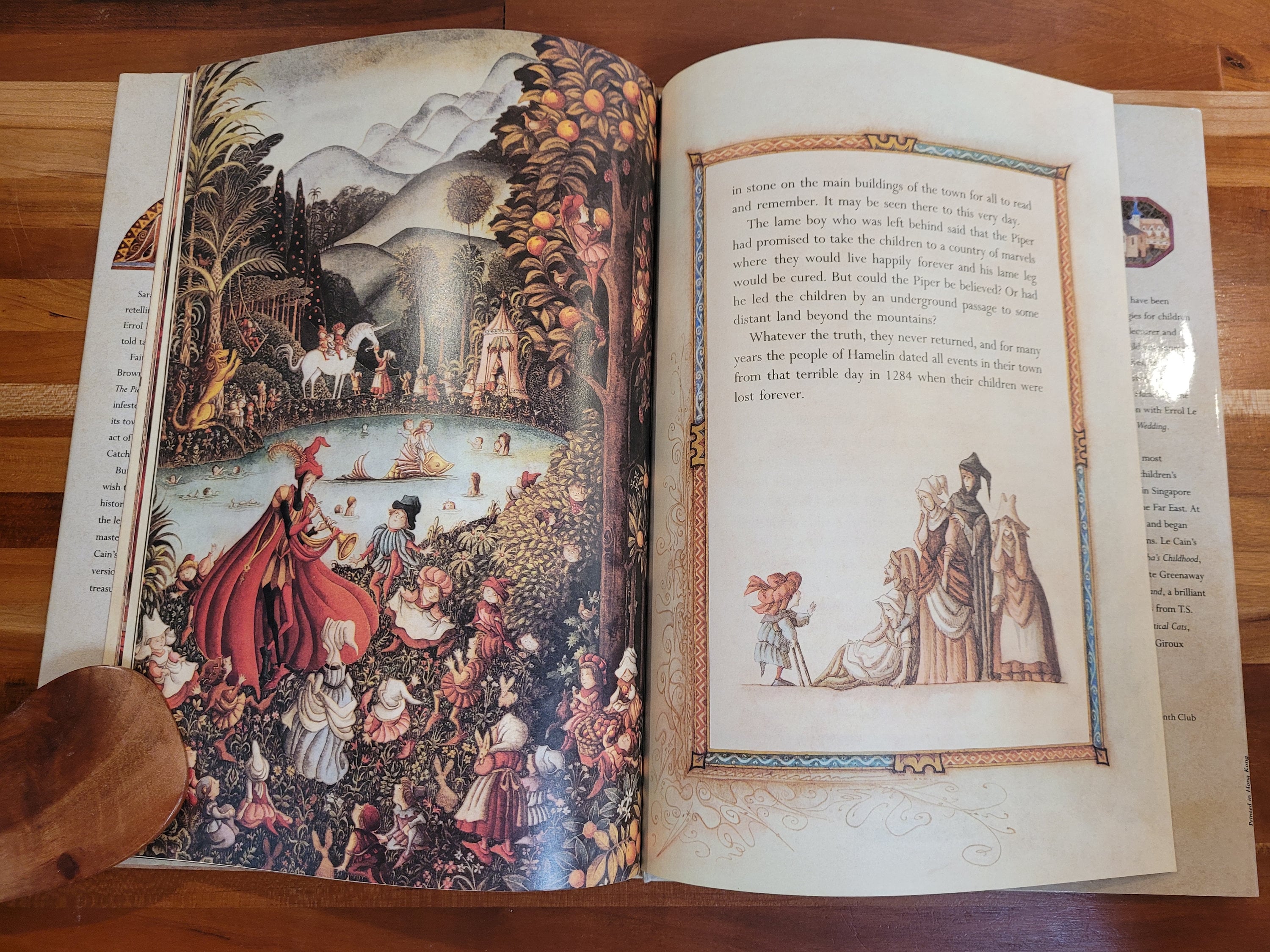 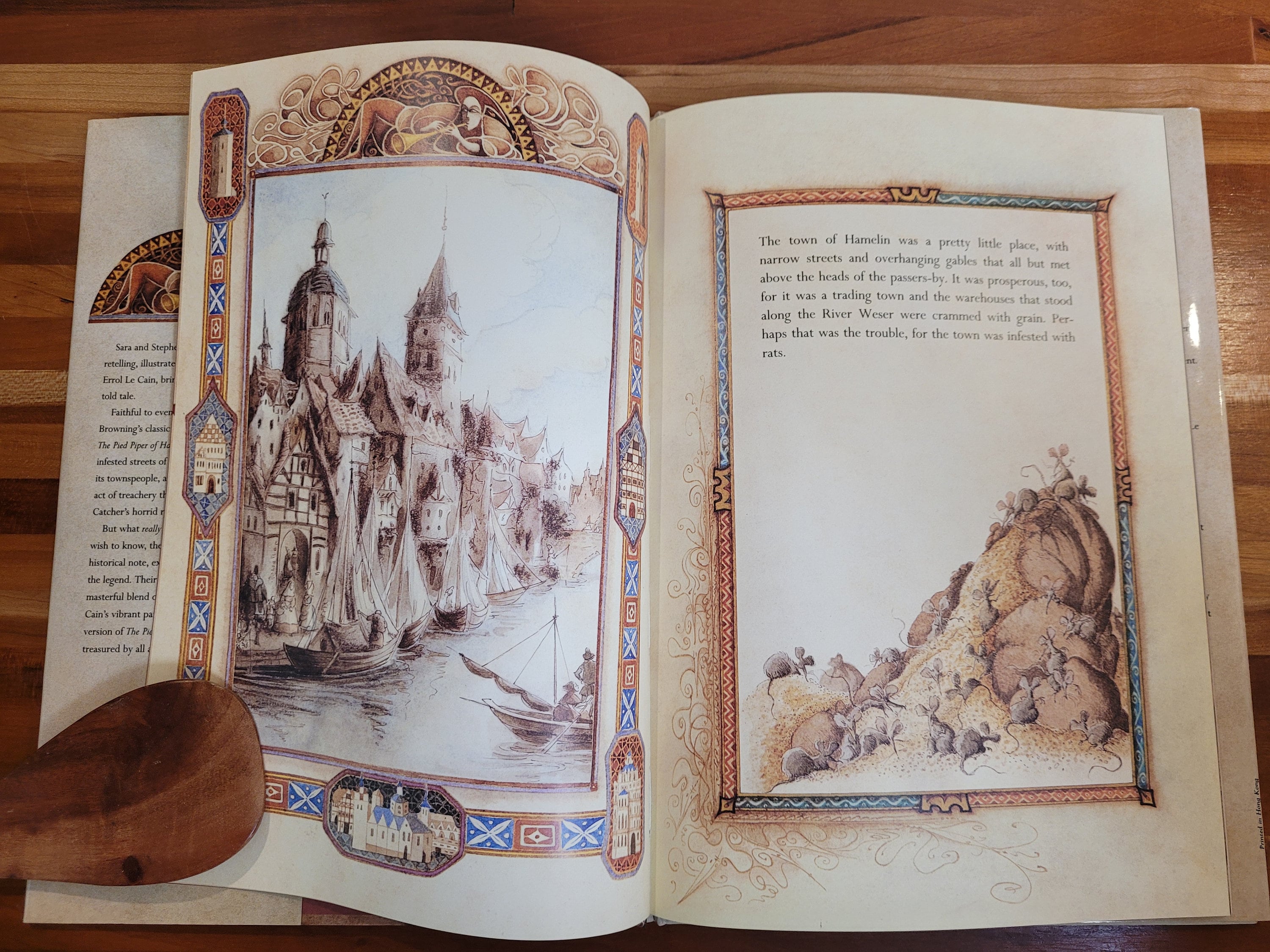 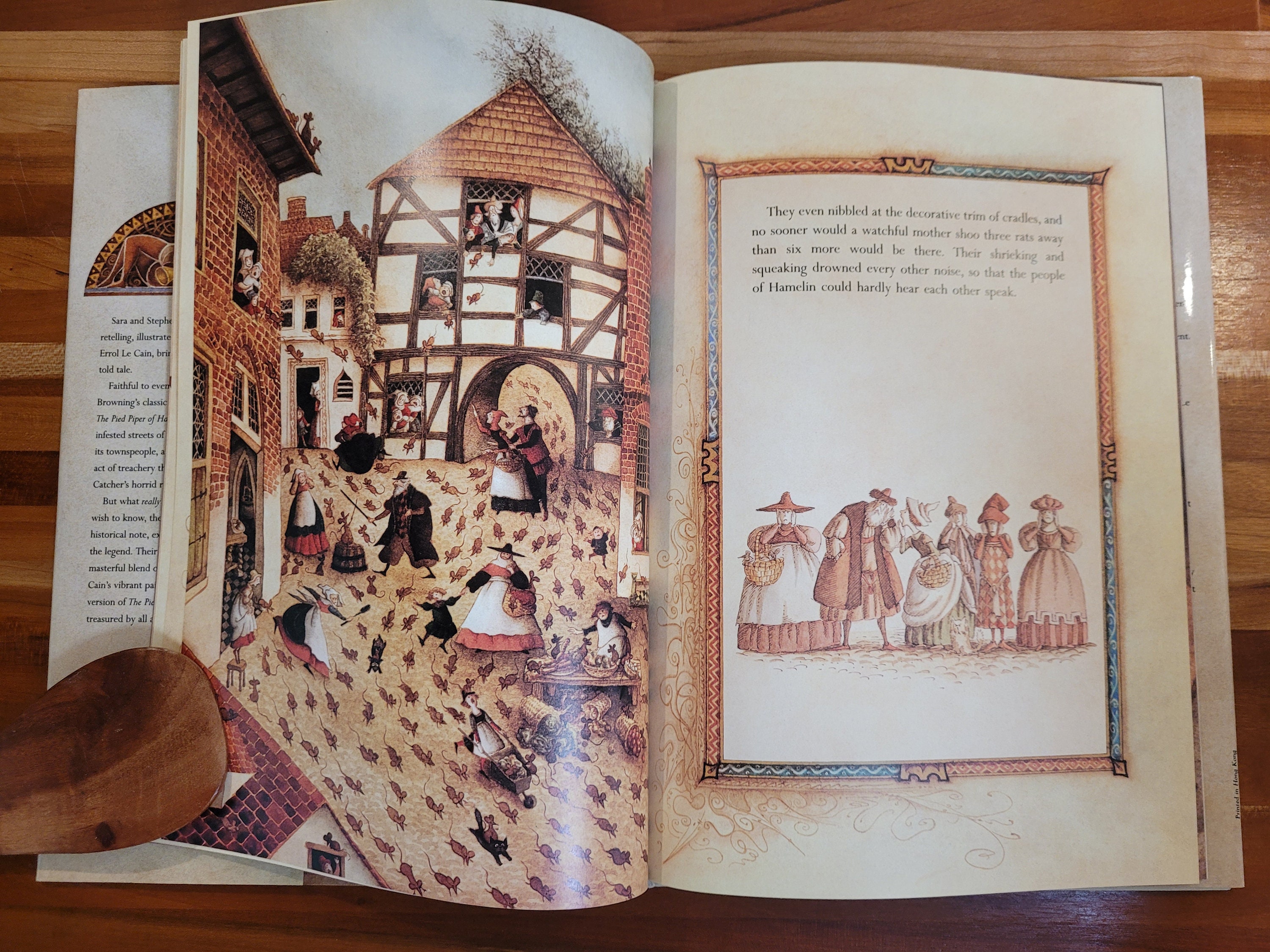 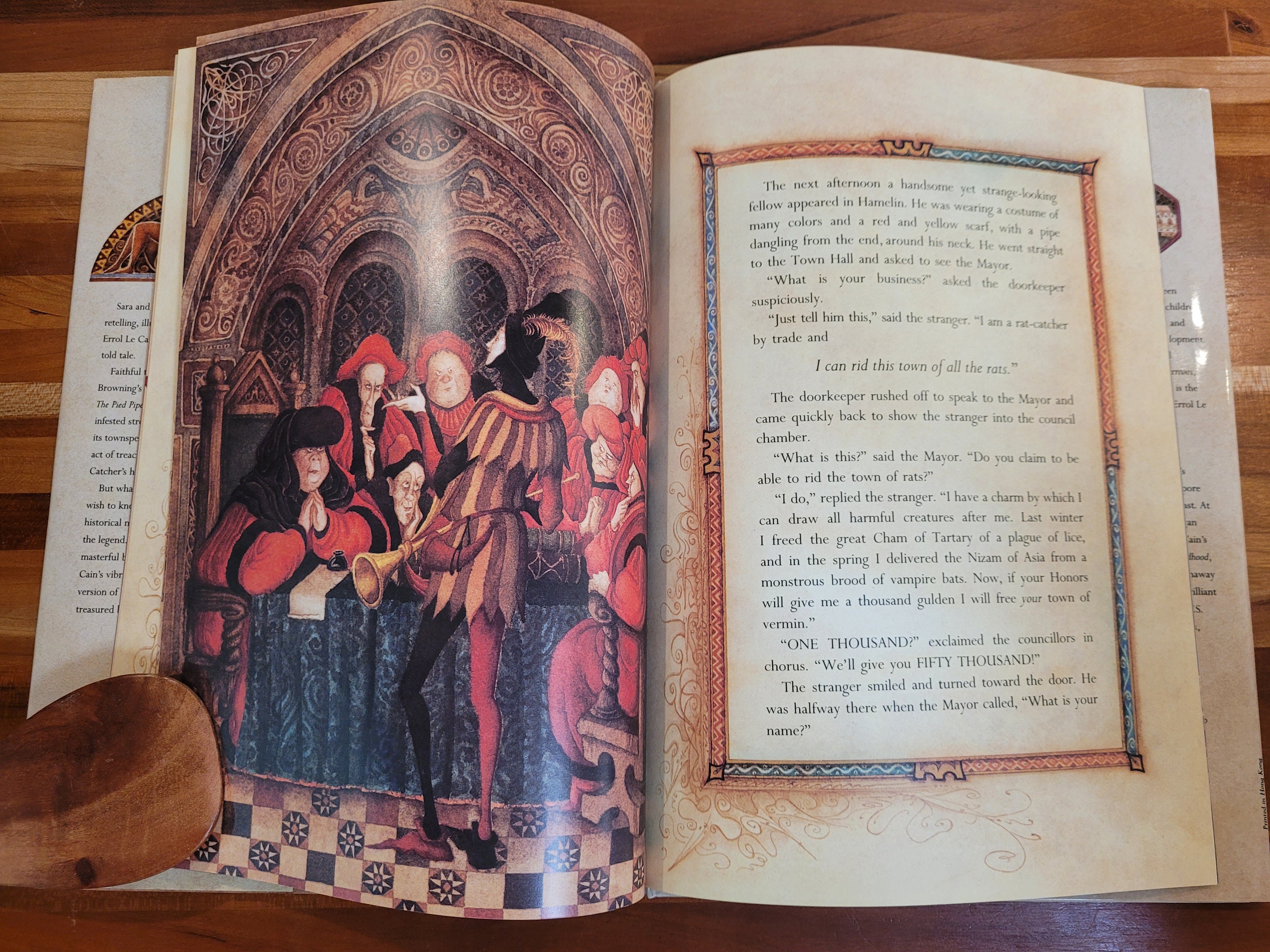 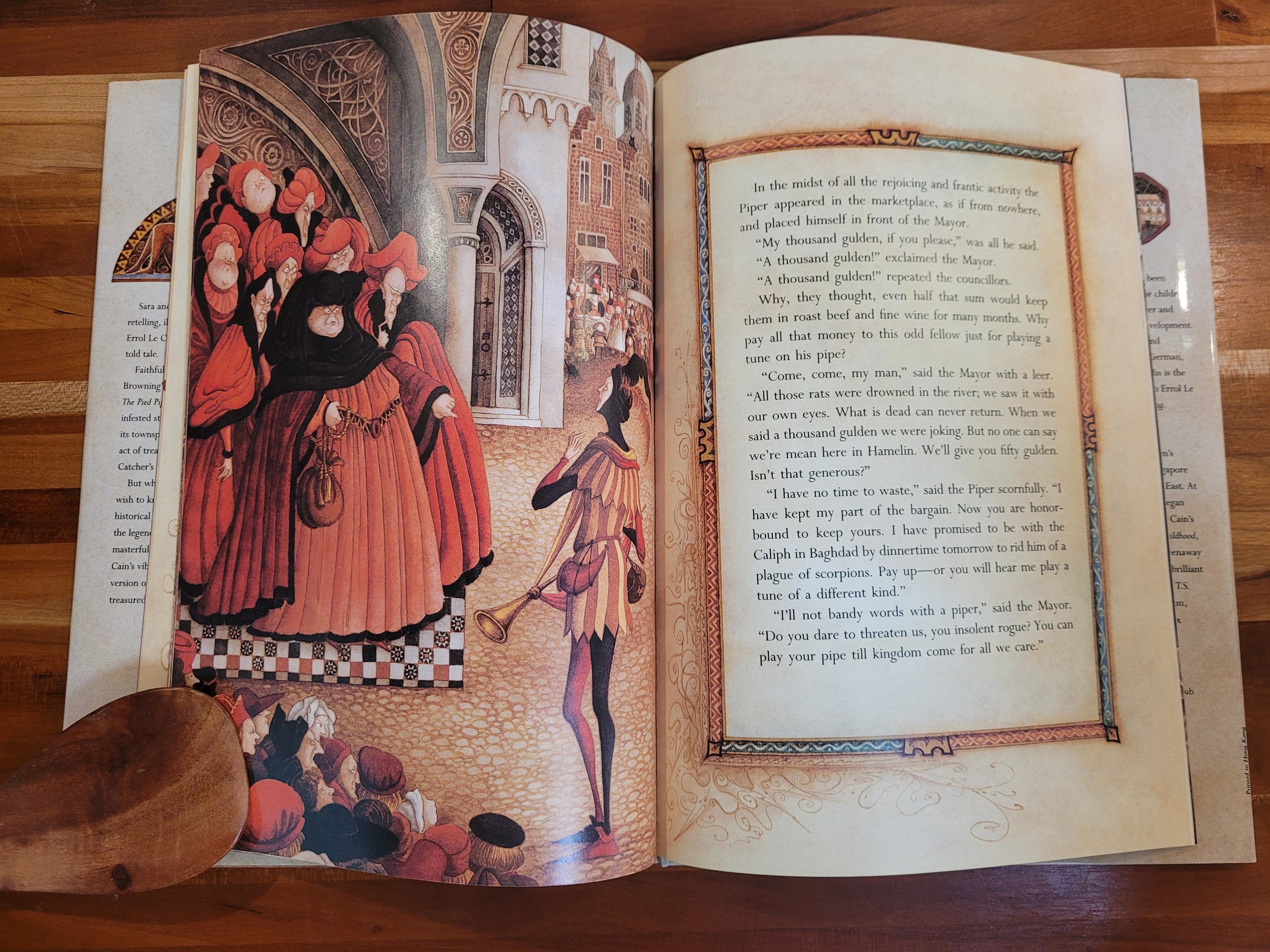 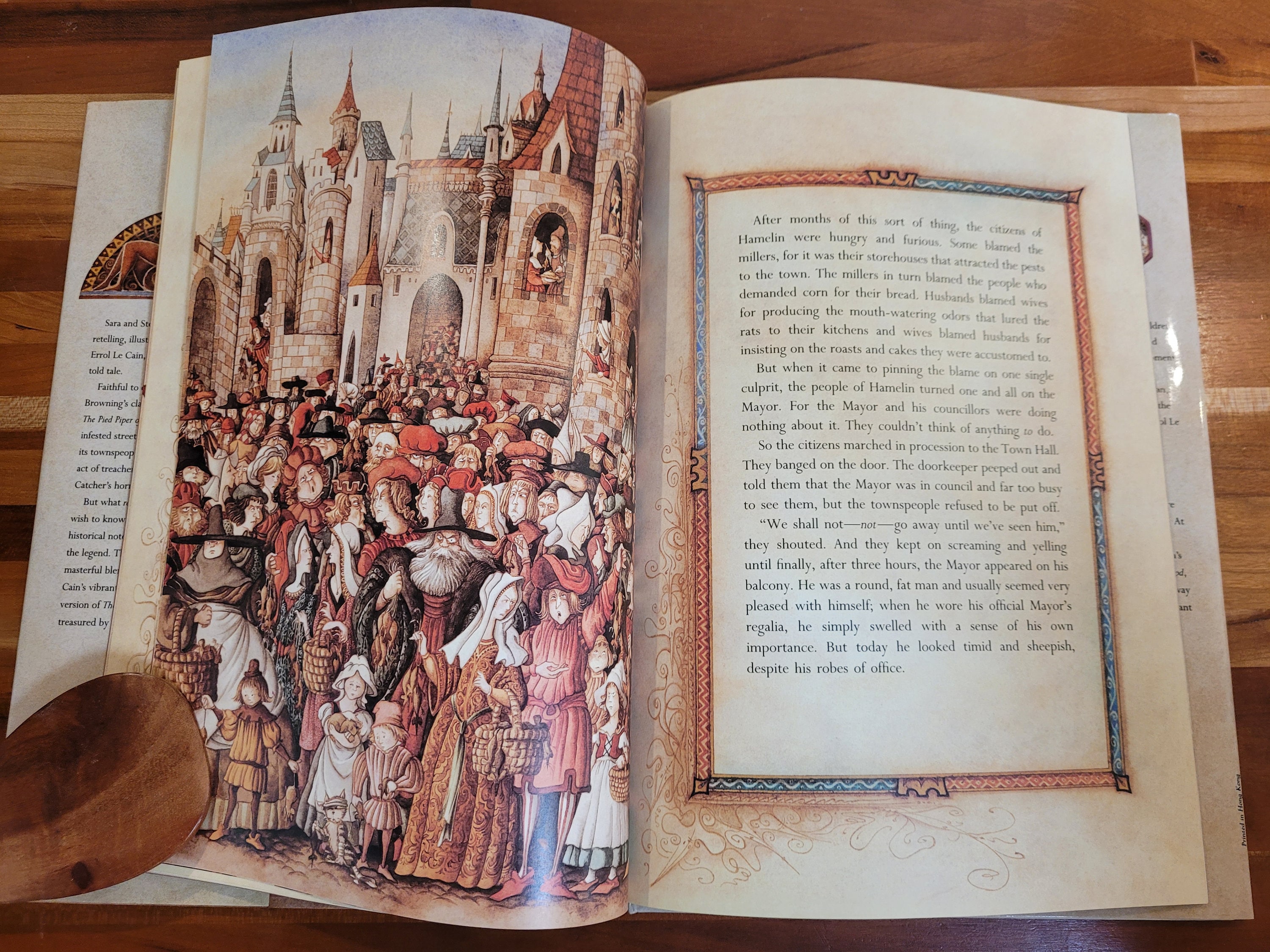 1989 first edition of The Pied Piper of Hamelin by Sara and Stephen Corrin, illustrated by Errol Le Cain.

"The town of Hamelin was a pretty little place, with narrow streets and overhanging gables that all but met above the heads of the passers-by. It was prosperous, too, for it was a trading town and the warehouses that stood along the River Weser were crammed with grain. Perhaps that was the trouble, for the town was infested with rats."

"Faithful to events immortalized in Robert Browning's classic poem, this new edition of The Pied Piper of Hamelin tells of the rat-infested streets of Hamelin, the despair of its townspeople, and their Mayor's foolish act of treachery that provokes the Rat Catcher's horrid revenge.

"But what really happened?"

The Mayor hired a rat catcher to rid the town of vermin at a time of plague, but he then reneged on payment. As payback the Pied Piper led the town's children out of the city, never to return. There are multiple endings to the story. The Corrins offer several possibilities in a historical note at the end of the book. In 1284, 130 children of Hameln, Germany disappeared. They may have been kidnapped as serfs of local landowners. They may have been among the 40,000 German children carried off by the Children's Crusade, in the belief that innocent children were needed to recapture Jerusalem from the Muslims. There are darker possibilities. No one knows for sure, and the legend has lived on.