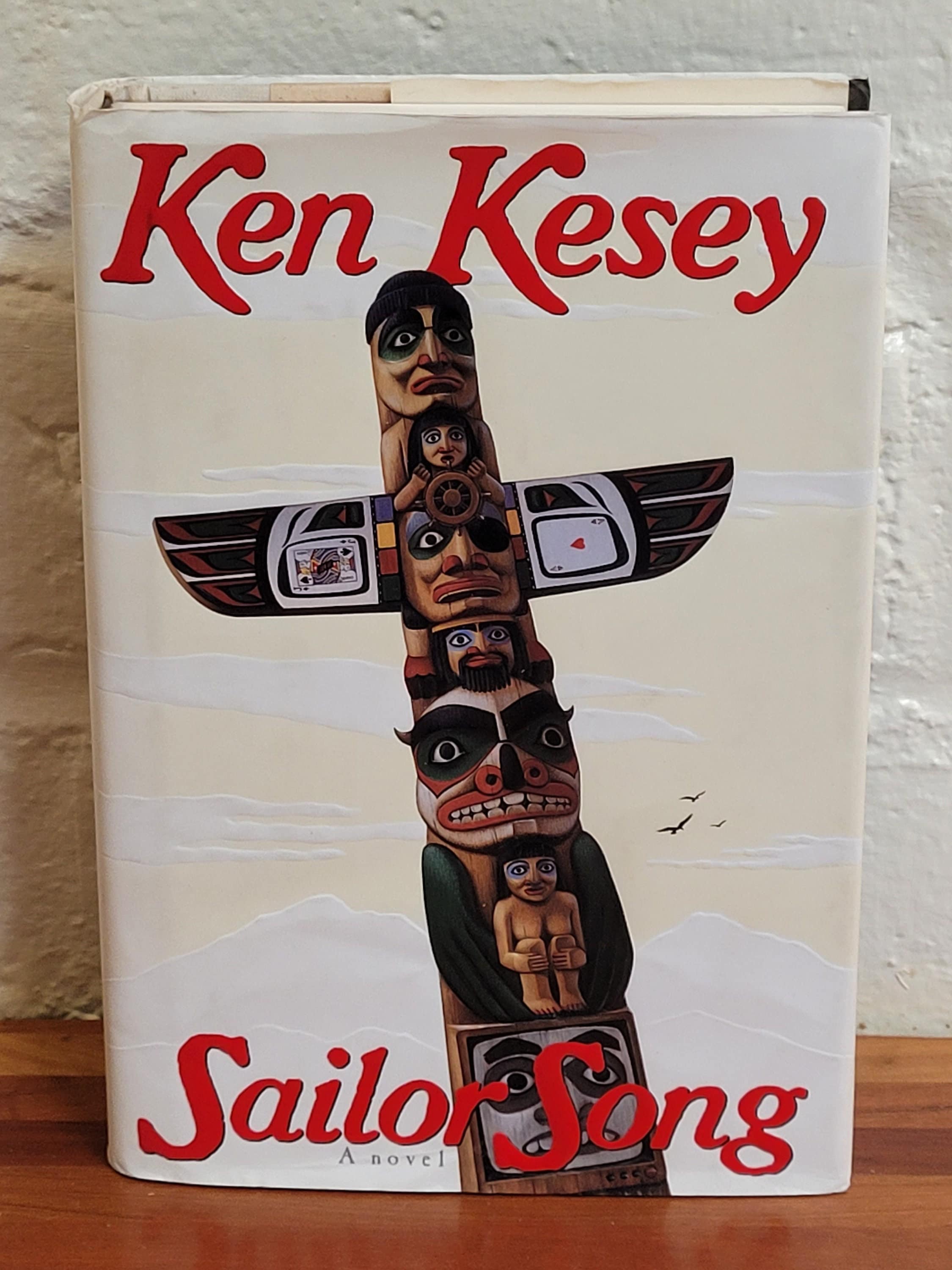 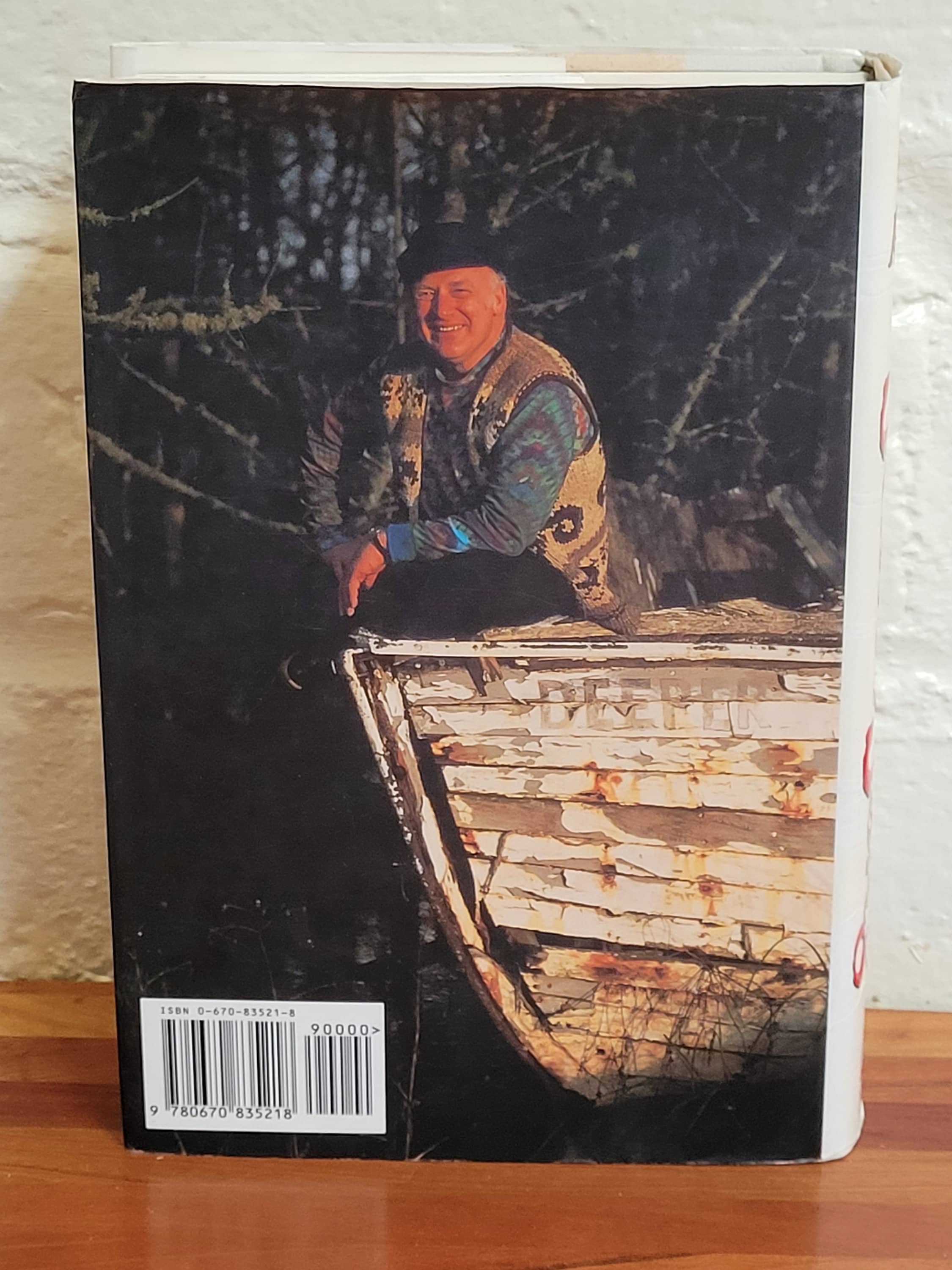 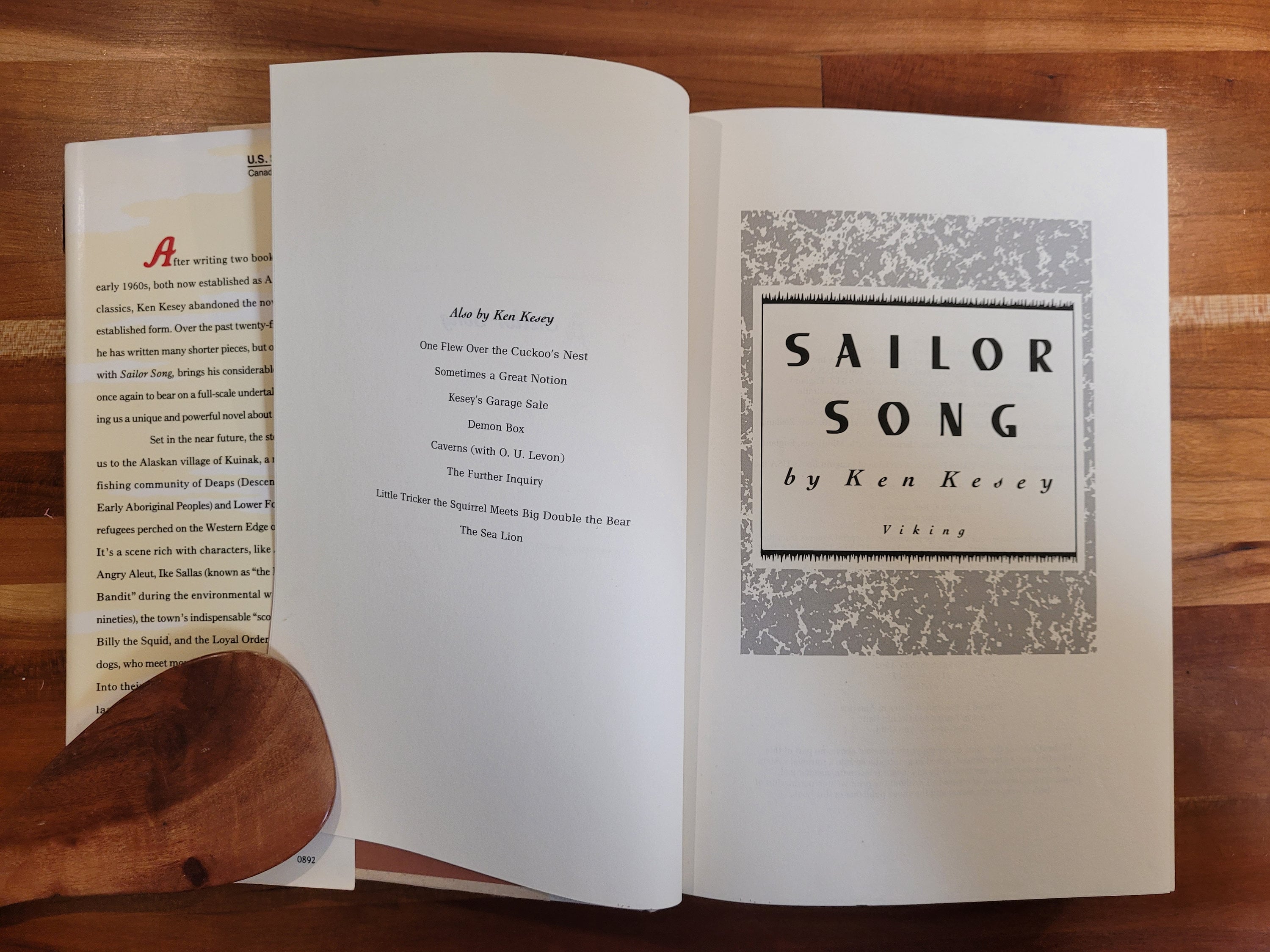 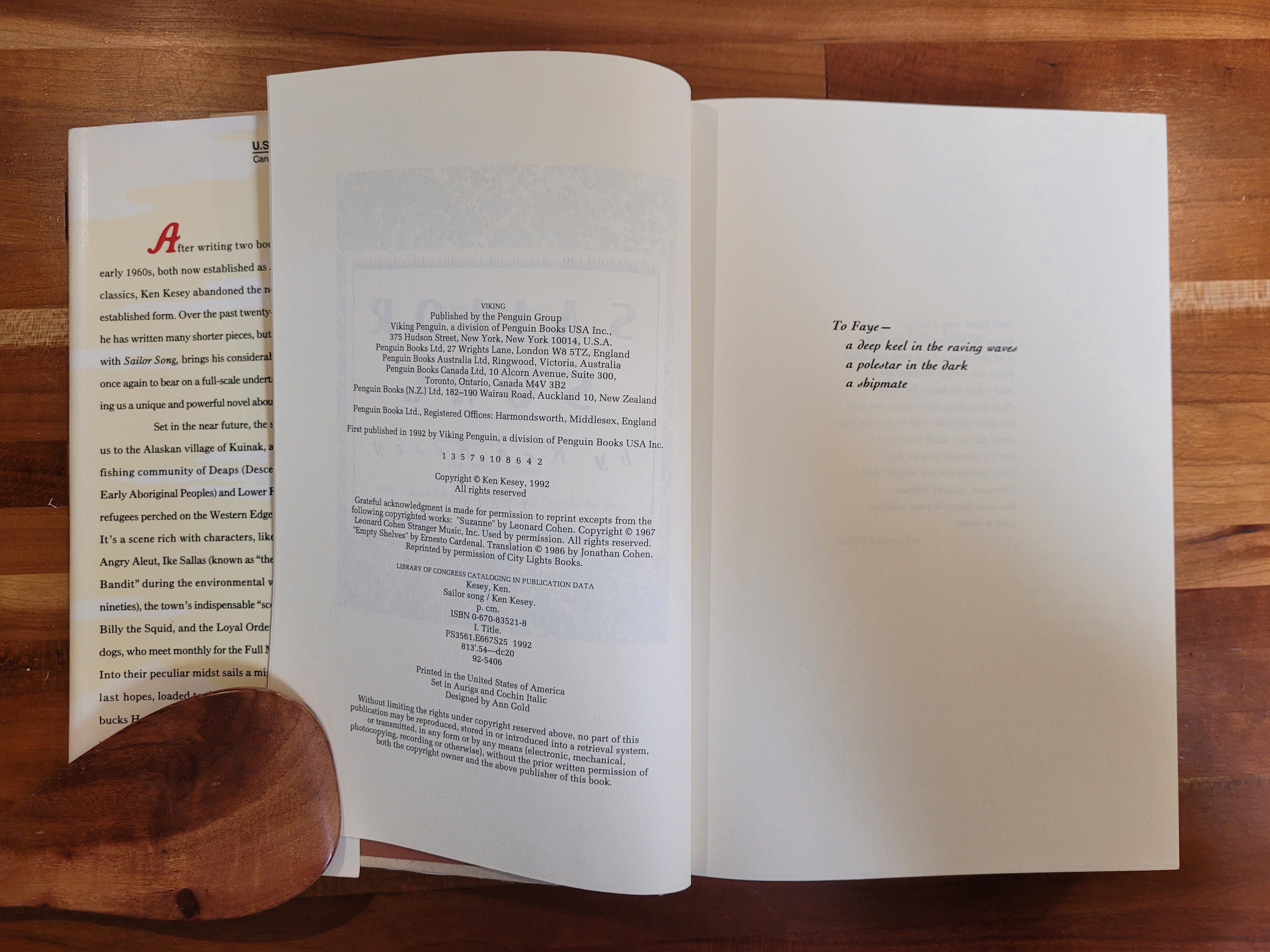 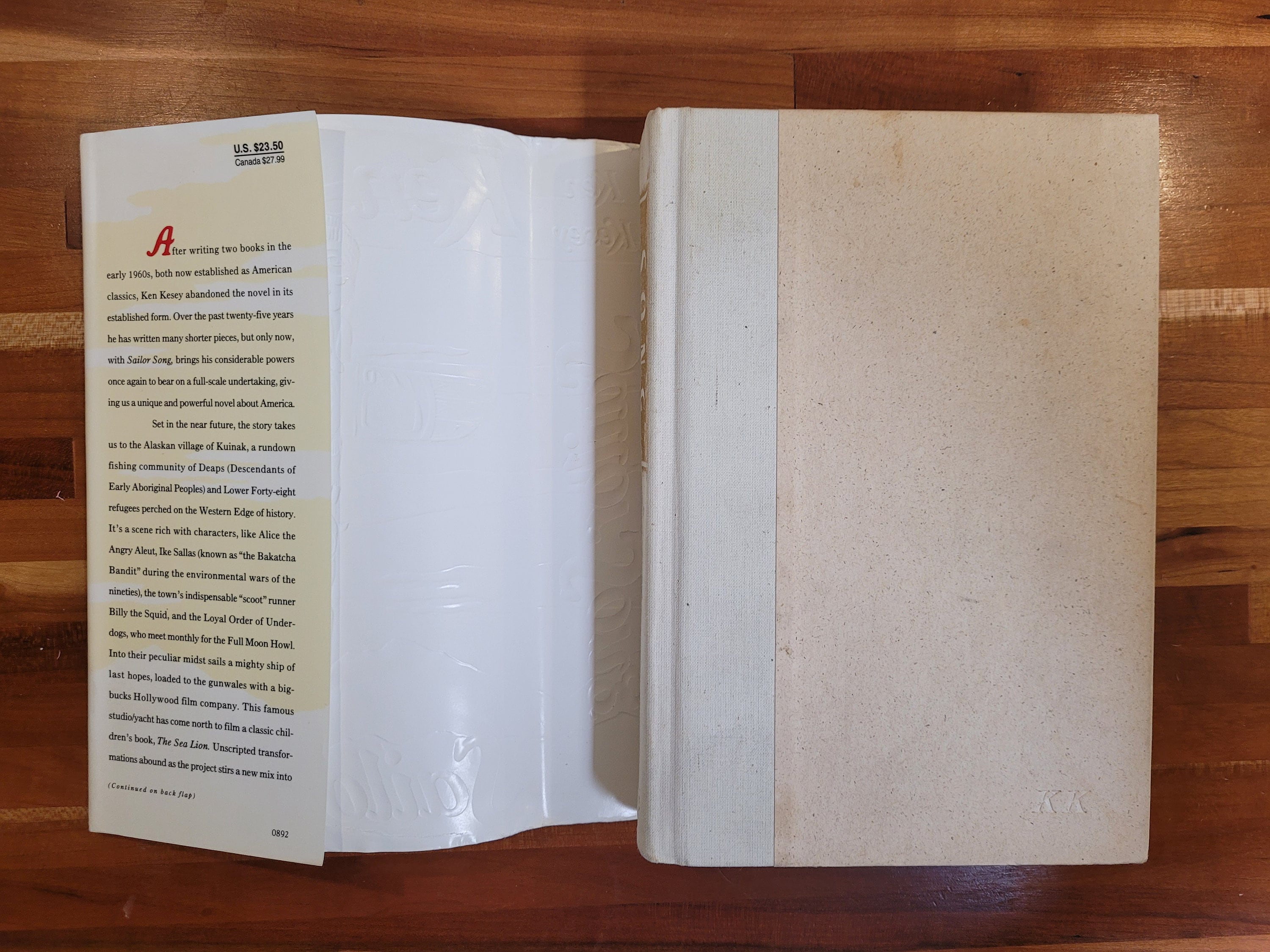 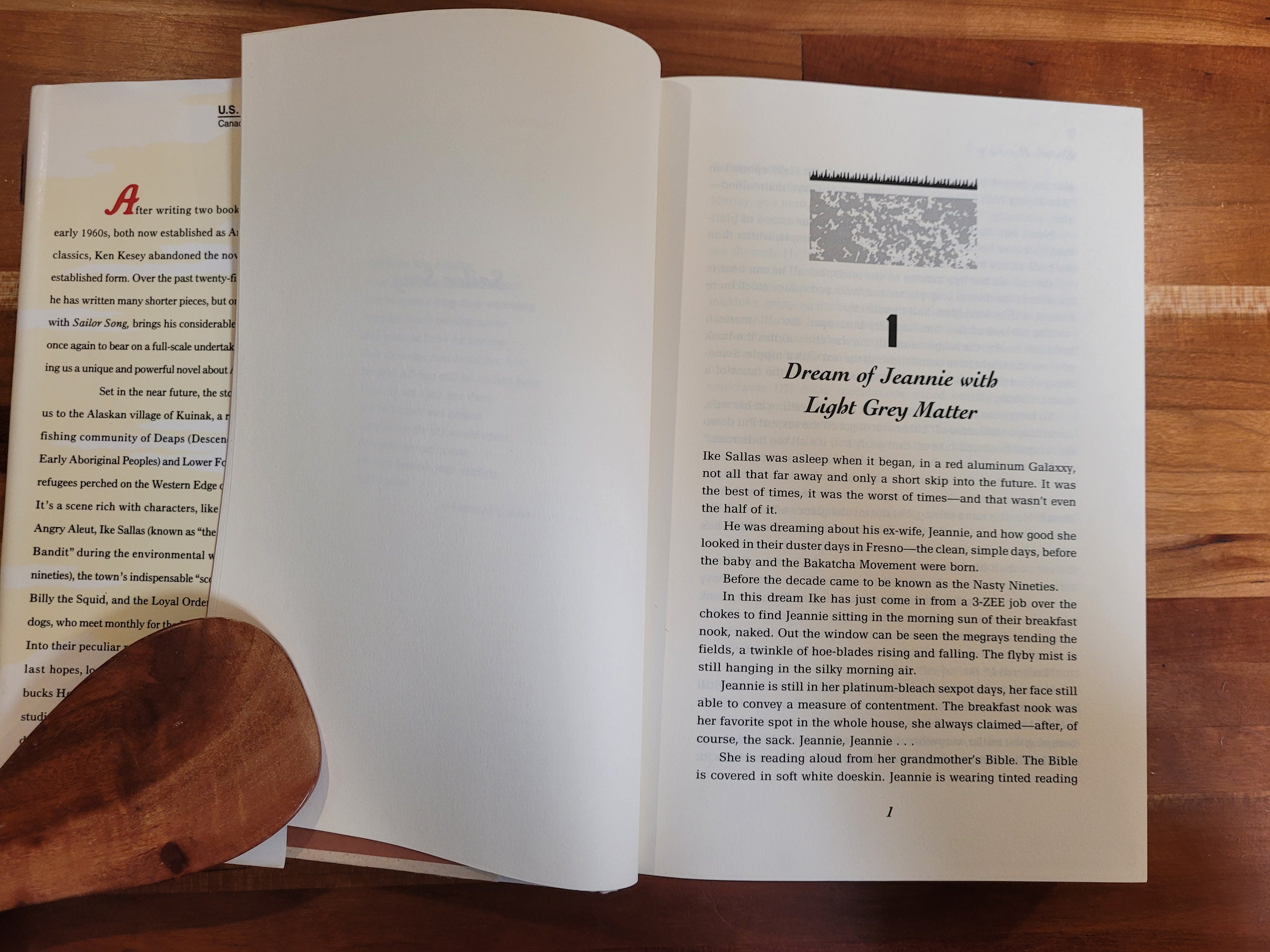 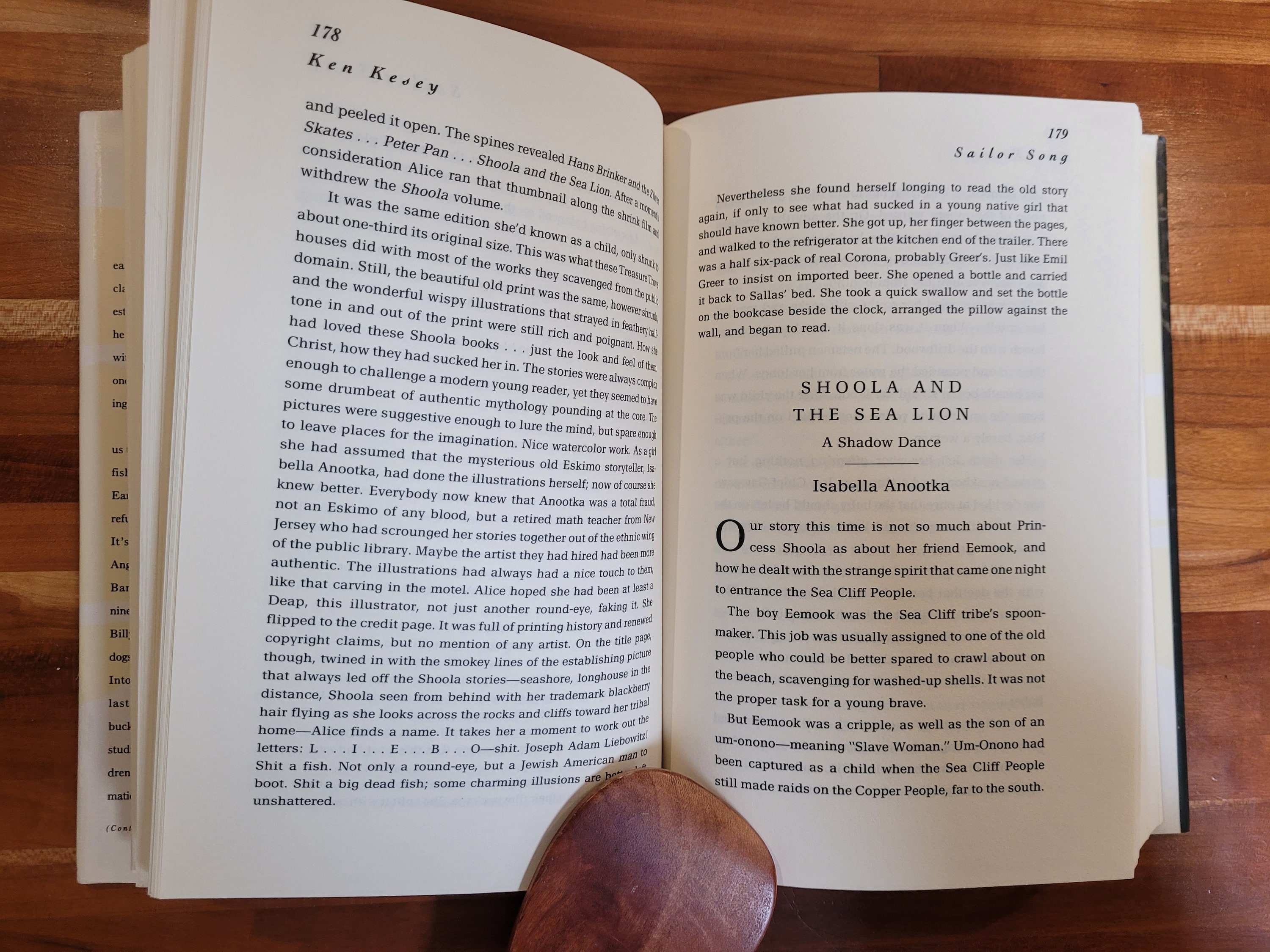 CHAPTER I
Dream of Jeannie with Light Gray Matter

"Ike Sallas was asleep when it began, in a red aluminum Galaxxy, not all that far away and only a short skip into the future. It was the best of times, it was the worst of times - and that wasn't even the half of it.

"He was dreaming about his ex-wife, Jeannie, and how good she looked in their duster days in Fresno - the clean, simple days, before the baby and the Bakatcha Movement were born.

"Before the decade came to be known as the Nasty Nineties."

"Set in the near future, the story takes us to the Alaskan village of Kuinak, a rundown fishing community of Deaps (Descendants of Early Aboriginal Peoples) and Lower Forty-eight refugees perched on the Western Edge of history. It's a scene rich with characters, like Alice the Angry Aleut, Ike Sallas (known as 'the Bakatch Bandit' during the environmental wars of the nineties), the town's indispensable "scoot" runner Billy the Squid, and the Loyal Order of Underdogs, who meet monthly for the Full Moon Howl. Into their peculiar midst sails a mighty ship of last hopes, loaded to the gunwales with a big-bucks Hollywood film company. This famous studio/yacht has come north to film a classic children's book, The Sea Lion. Unscripted transformations abound as the project stirs a new mix into the community, including a tribe brought down from the remote north."

Ken Kesey (1935 - 2001) was a 20th century writer, a self-described link between the 1950s Beat Generation and the hippies of the 1960s. In the early 1960s, living in Santa Clara County, CA, west of San Jose, Kesey created a counter-culture haven for friends and creatives - the Merry Pranksters - and mentored the Grateful Dead. In 1965, after being busted for pot, he moved back to his home state of Oregon, where he taught at the University of Oregon and continued to write. Kesey wrote One Flew Over the Cuckoo's Nest and Sometimes a Great Notion, and many short stories, essays, and articles.