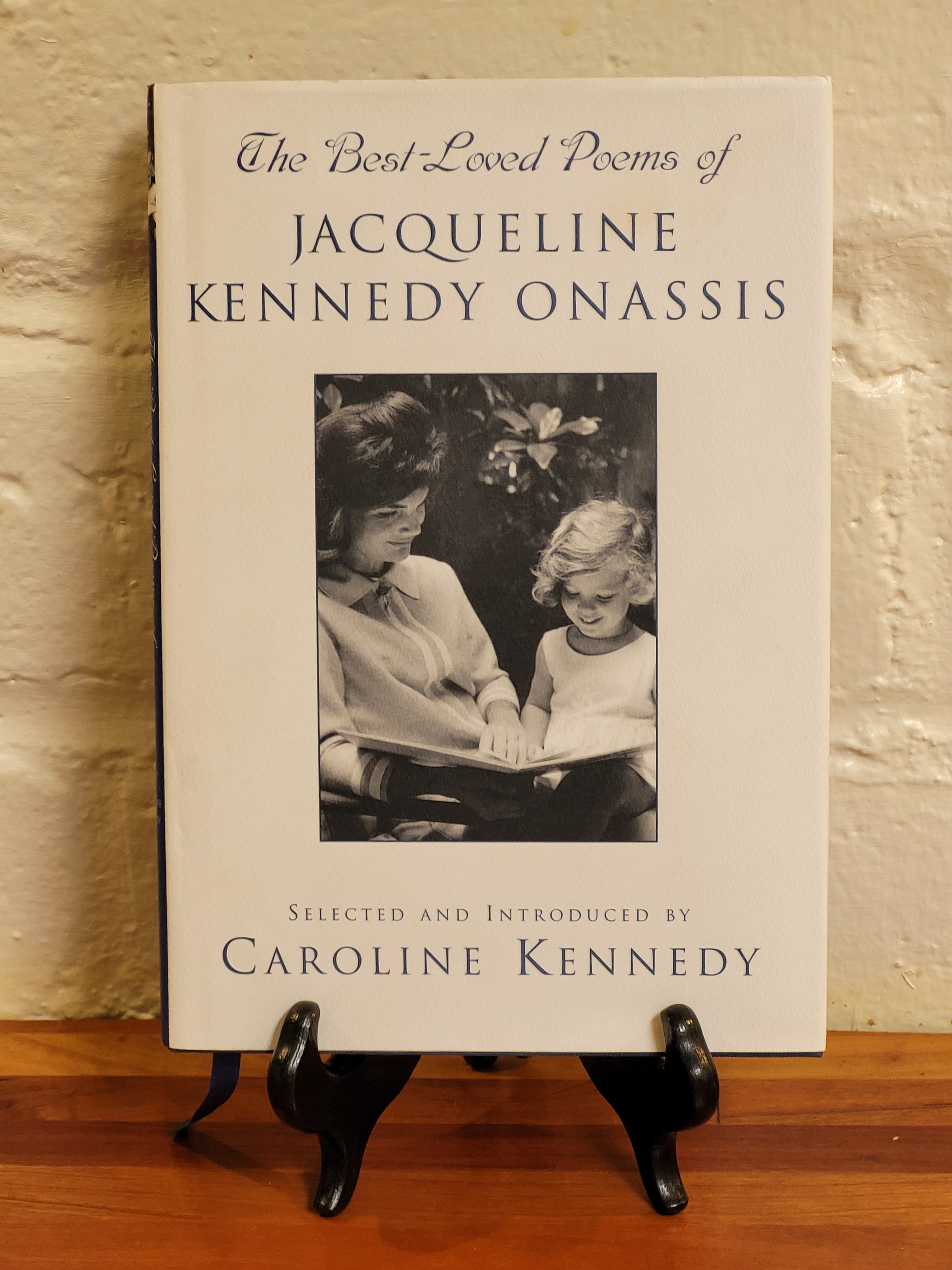 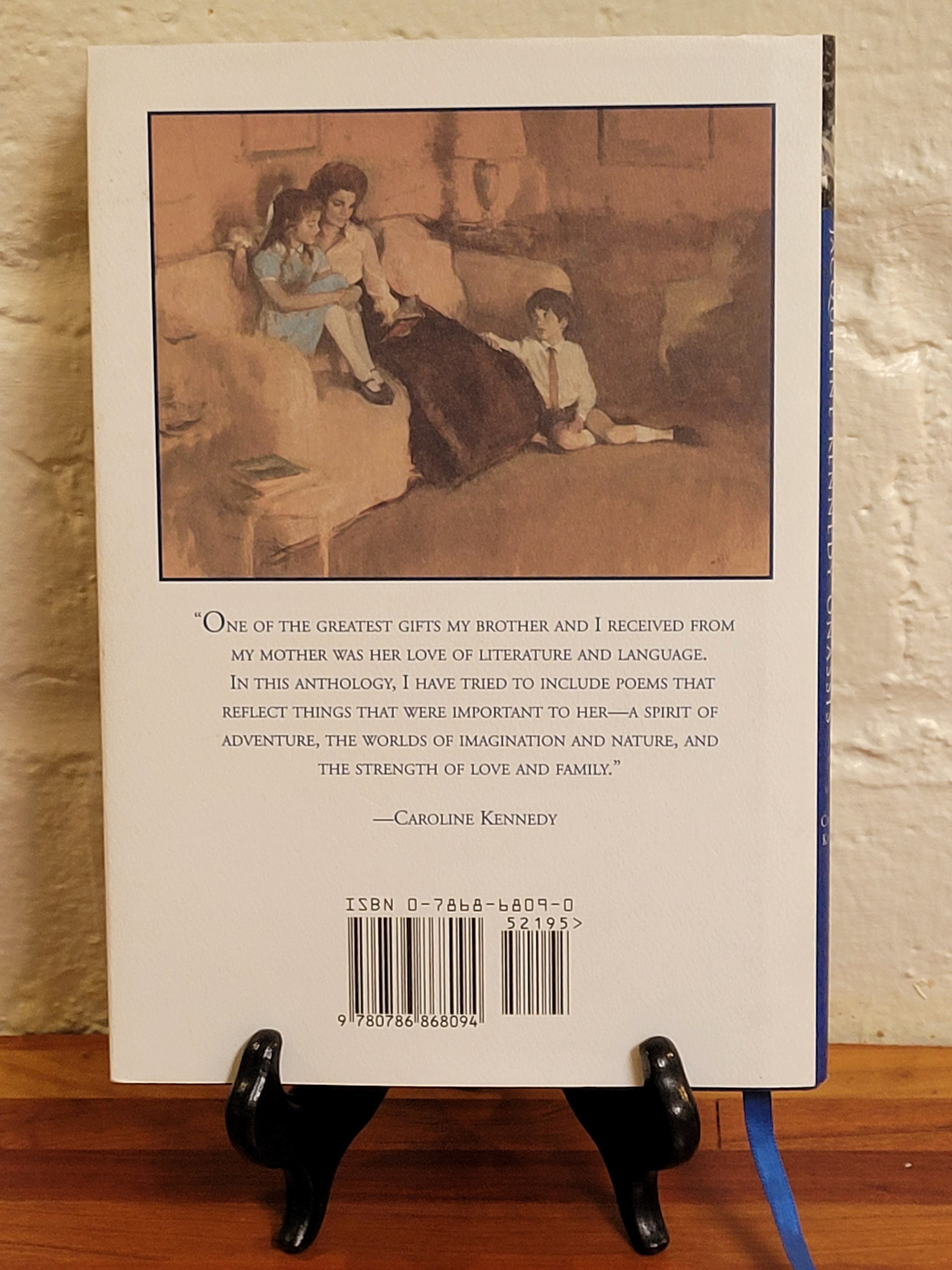 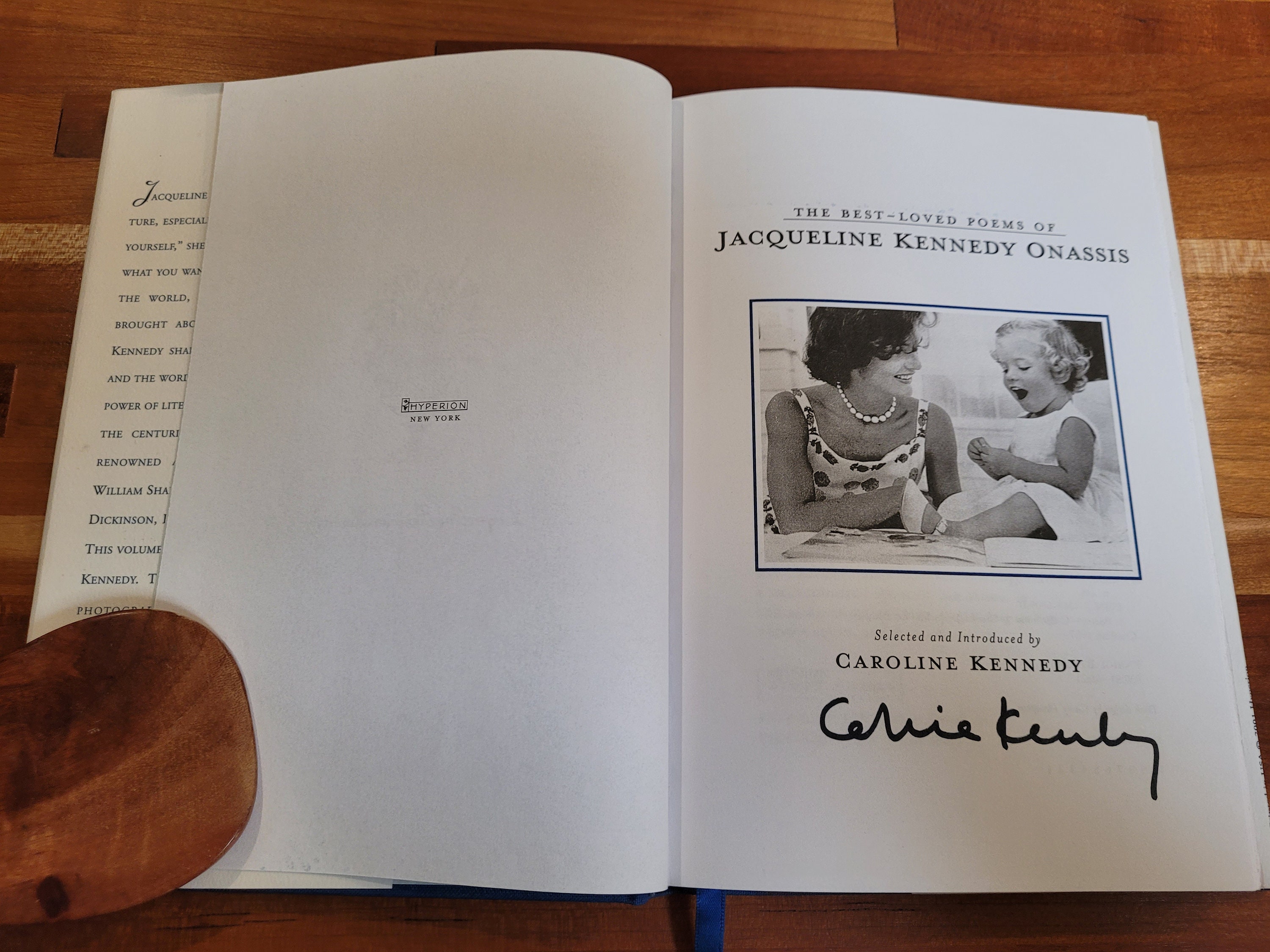 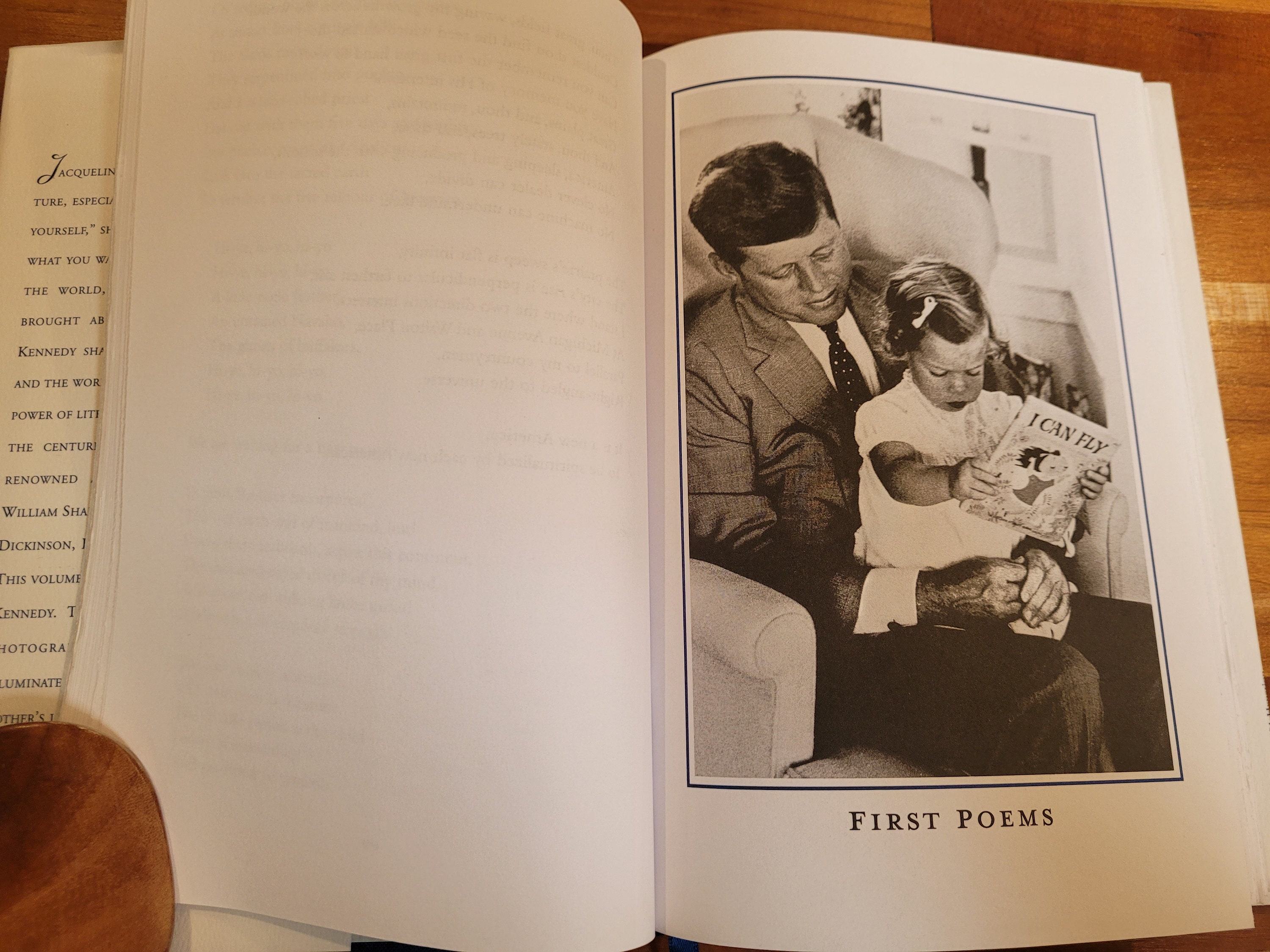 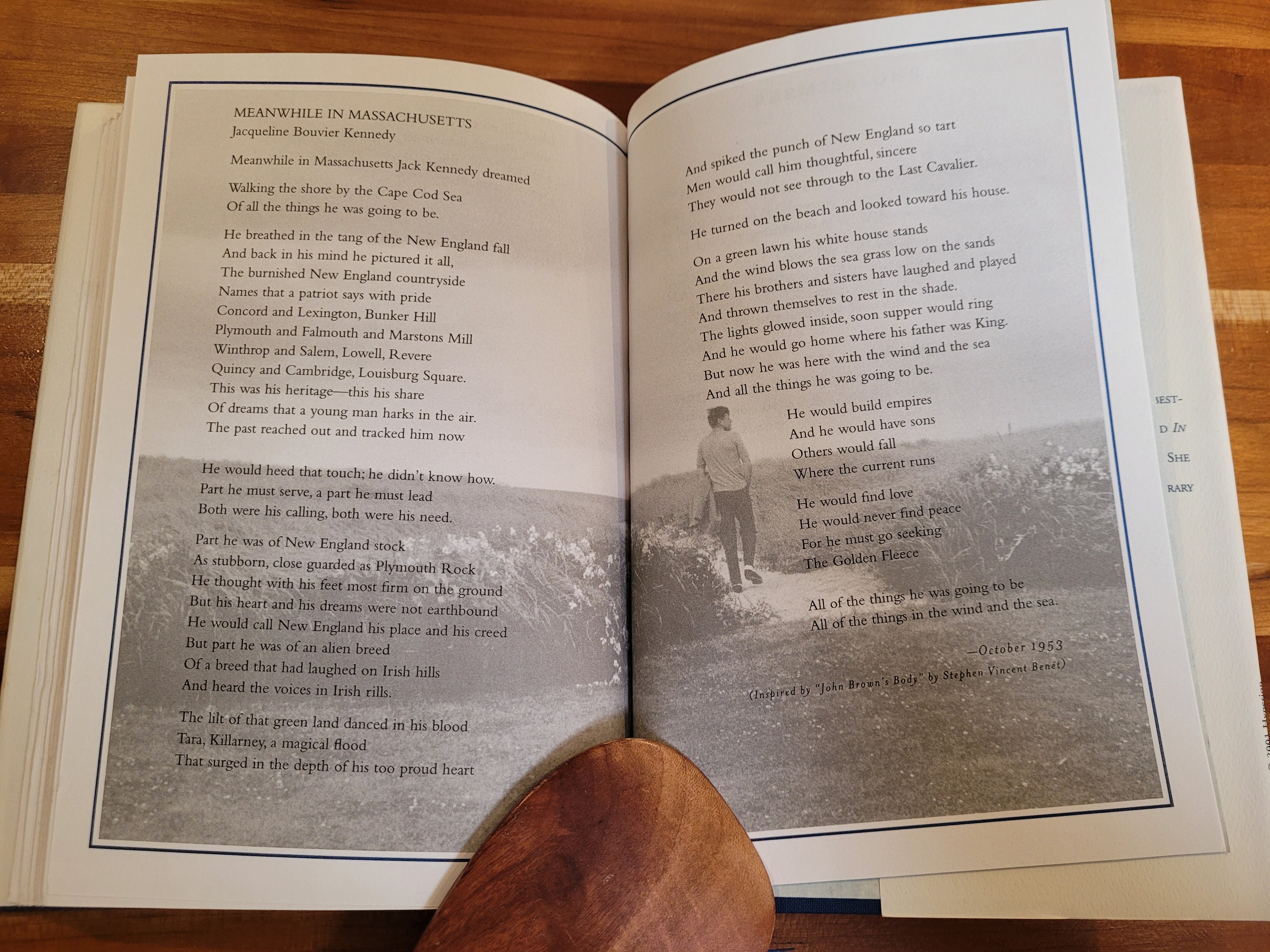 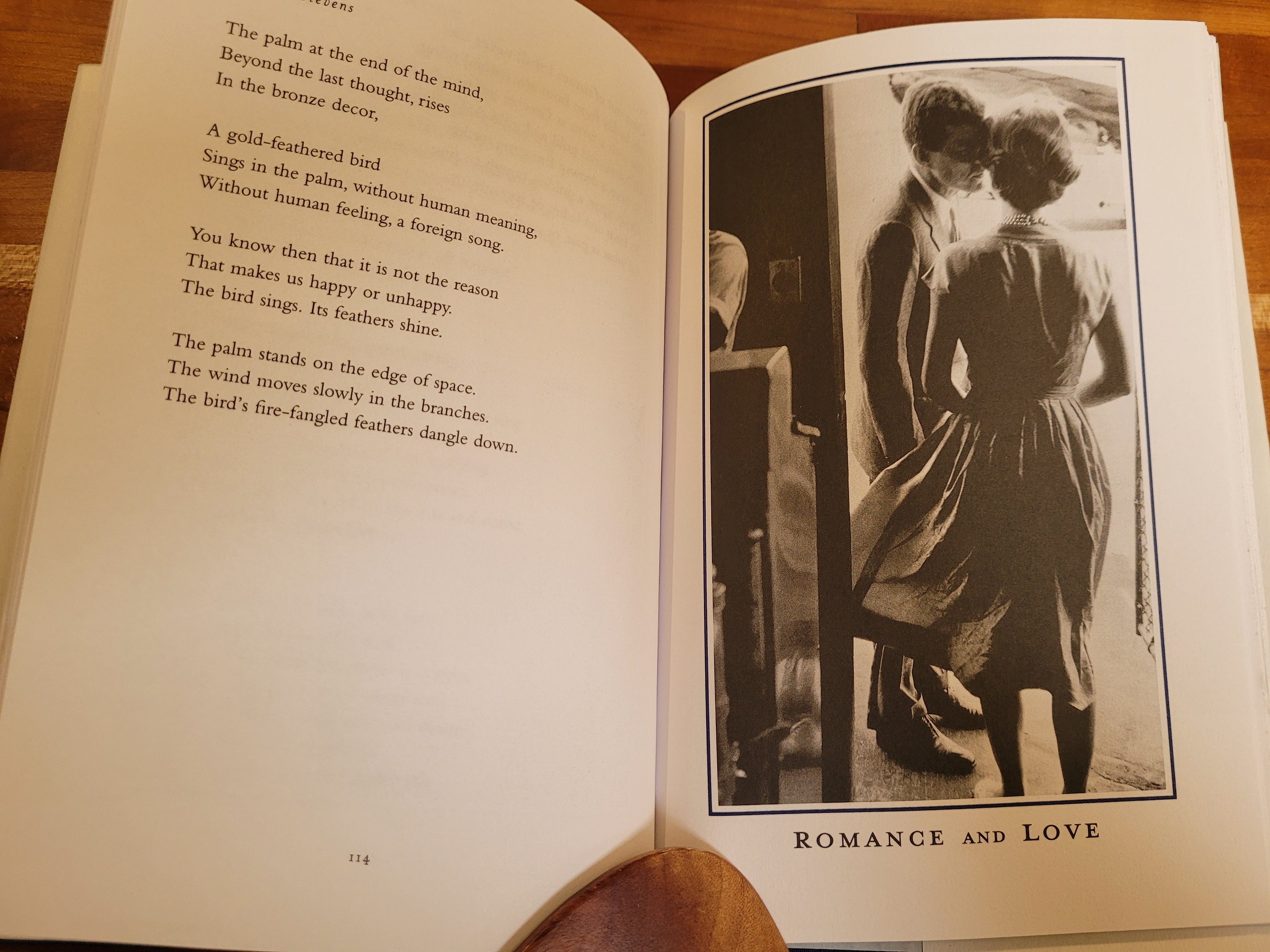 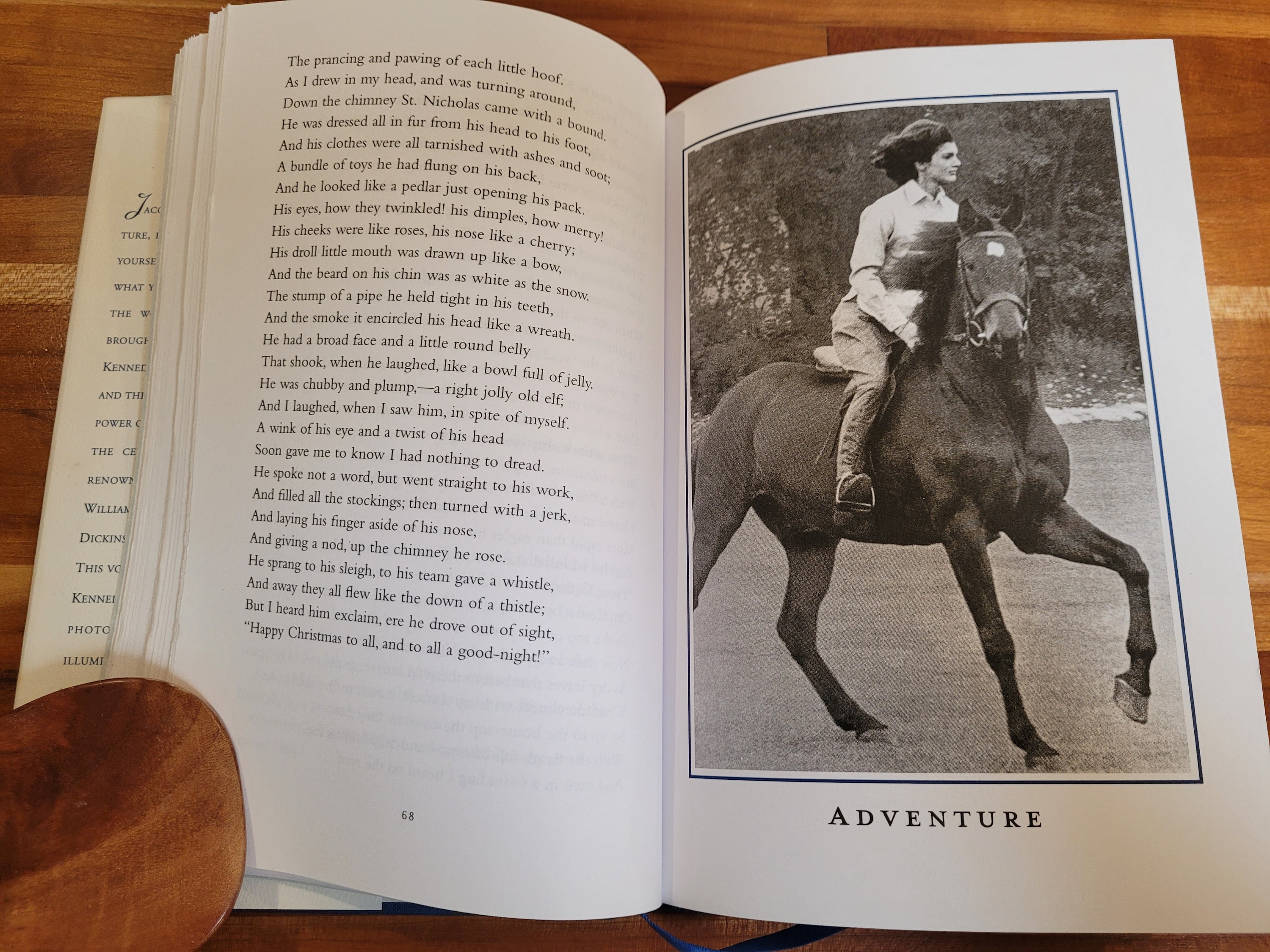 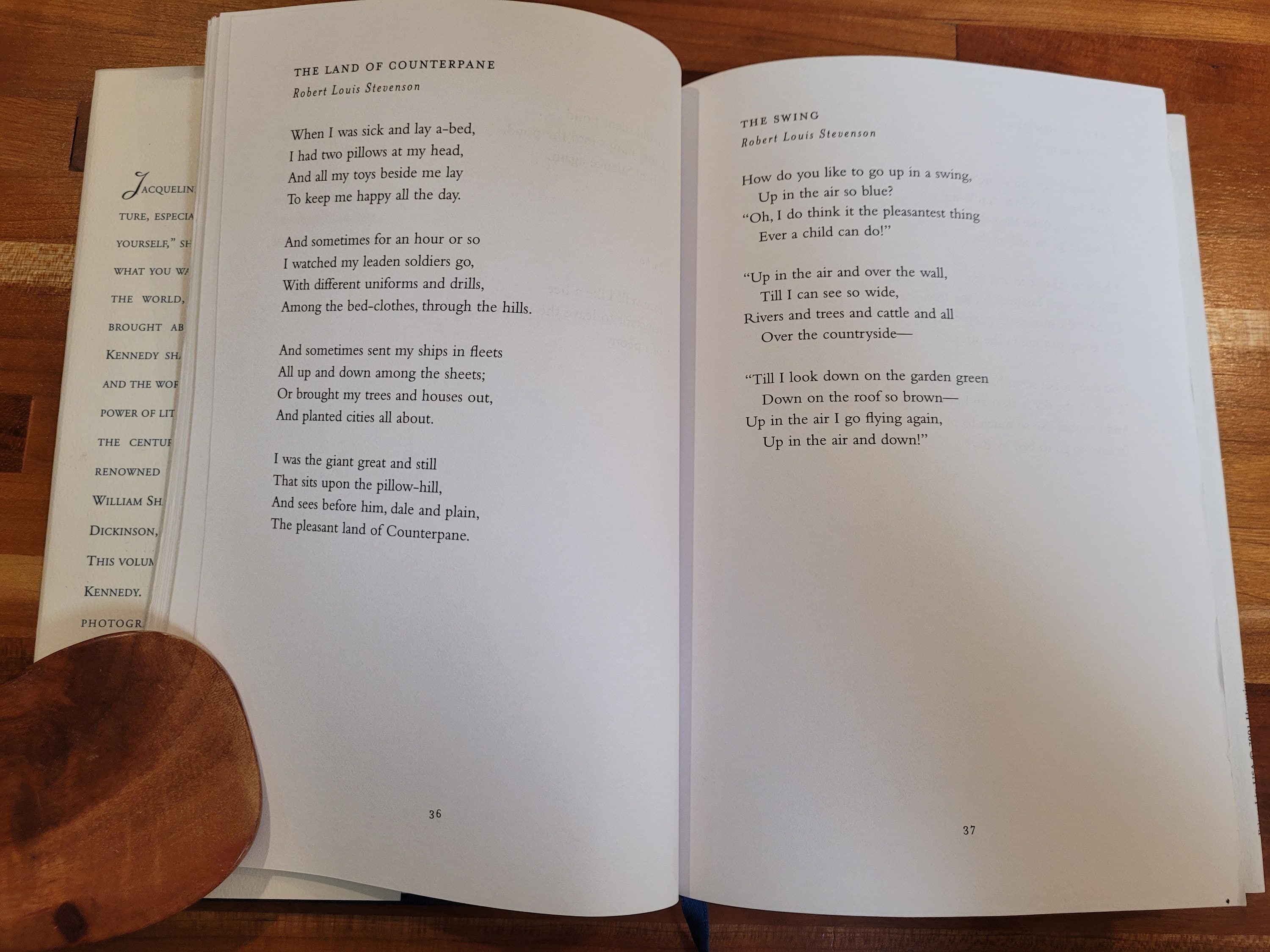 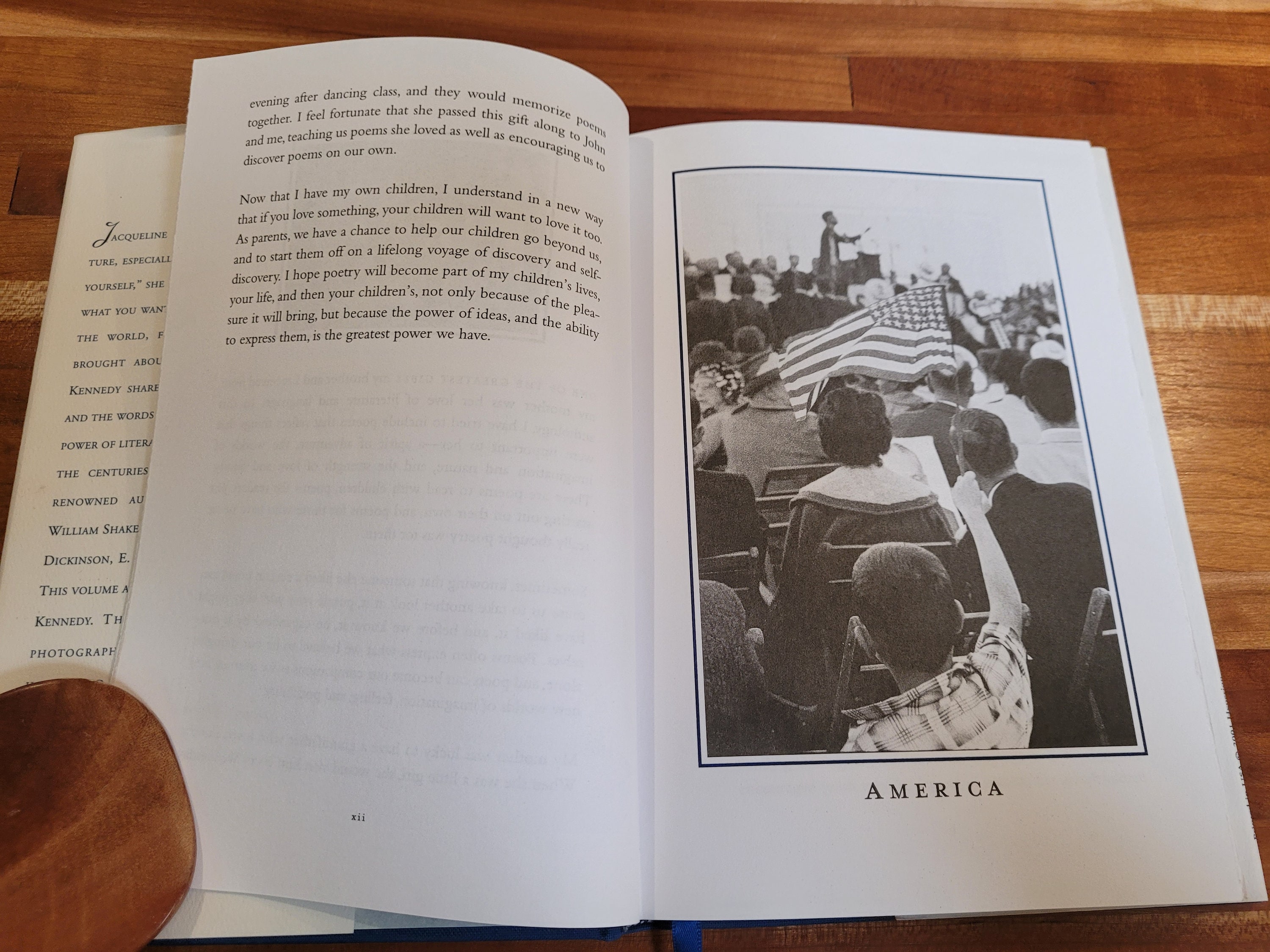 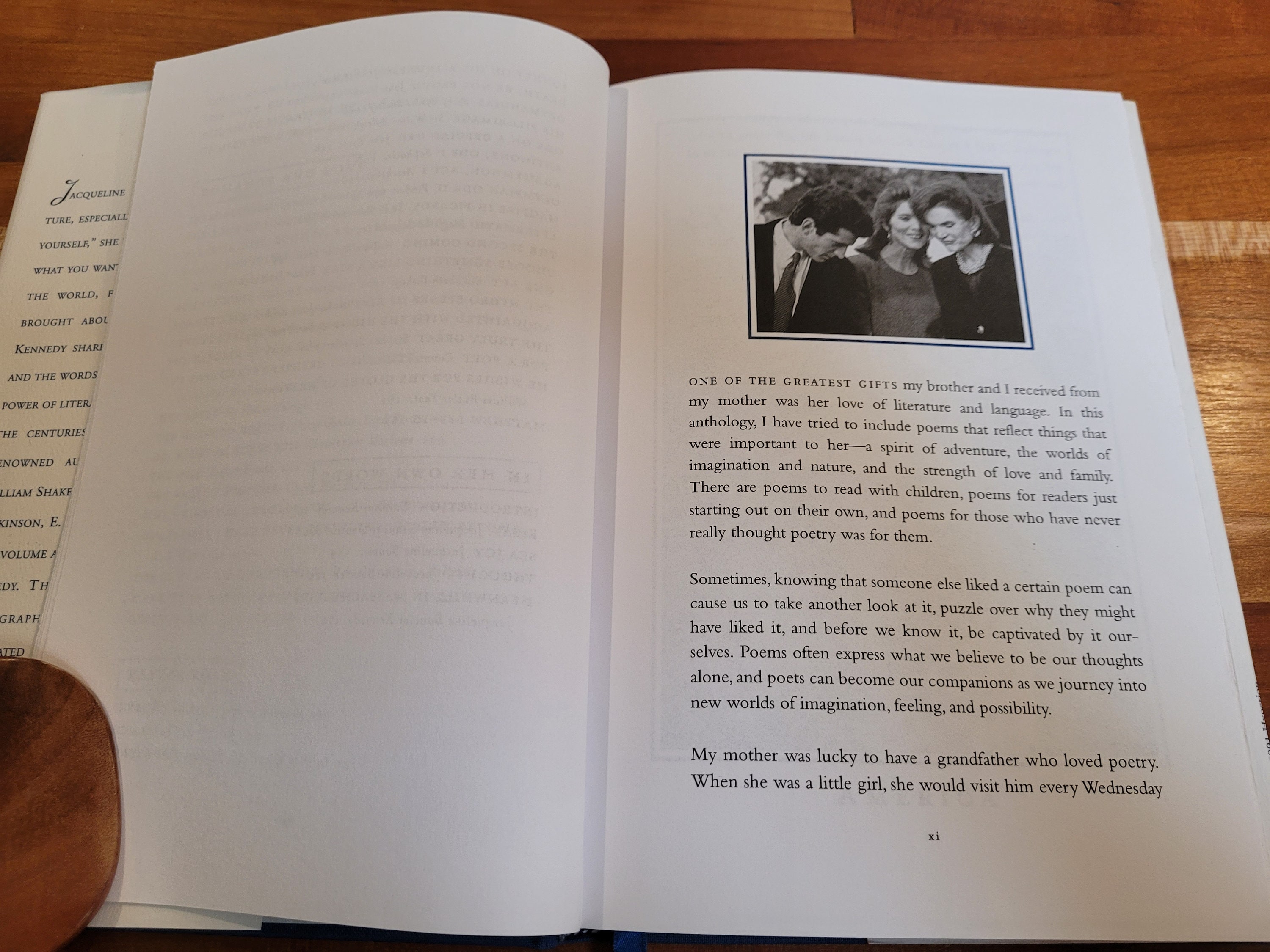 "One of the greatest gifts my brother and I received from my mother was her love of literature and language. In this anthology, I have tried to include poems that reflect things that were important to her - a spirit of adventure, the worlds of imagination and nature, and the strength of love and family. There are poems to read with children, poems for readers just starting out on their own, and poems for those who have never really thought poetry was for them.

"I hope poetry will become part of my children's lives, your life, and then your children's, not only because of the pleasure it will bring, but because the power of ideas, a nd the ability to express them, is the greatest power we have."

Poems are organized under America, First Poems, Adventure, Escape, Romance and Love, Reflection, and In Her Own Words.

How do you like to go up in a swing,
Up in the air so blue?
"Oh, I do think it the pleasantist thing
Ever a child can do!"

"Up in the air and over the wall,
Till I can see so wide,
Rivers and trees and cattle and all
Over the countryside -