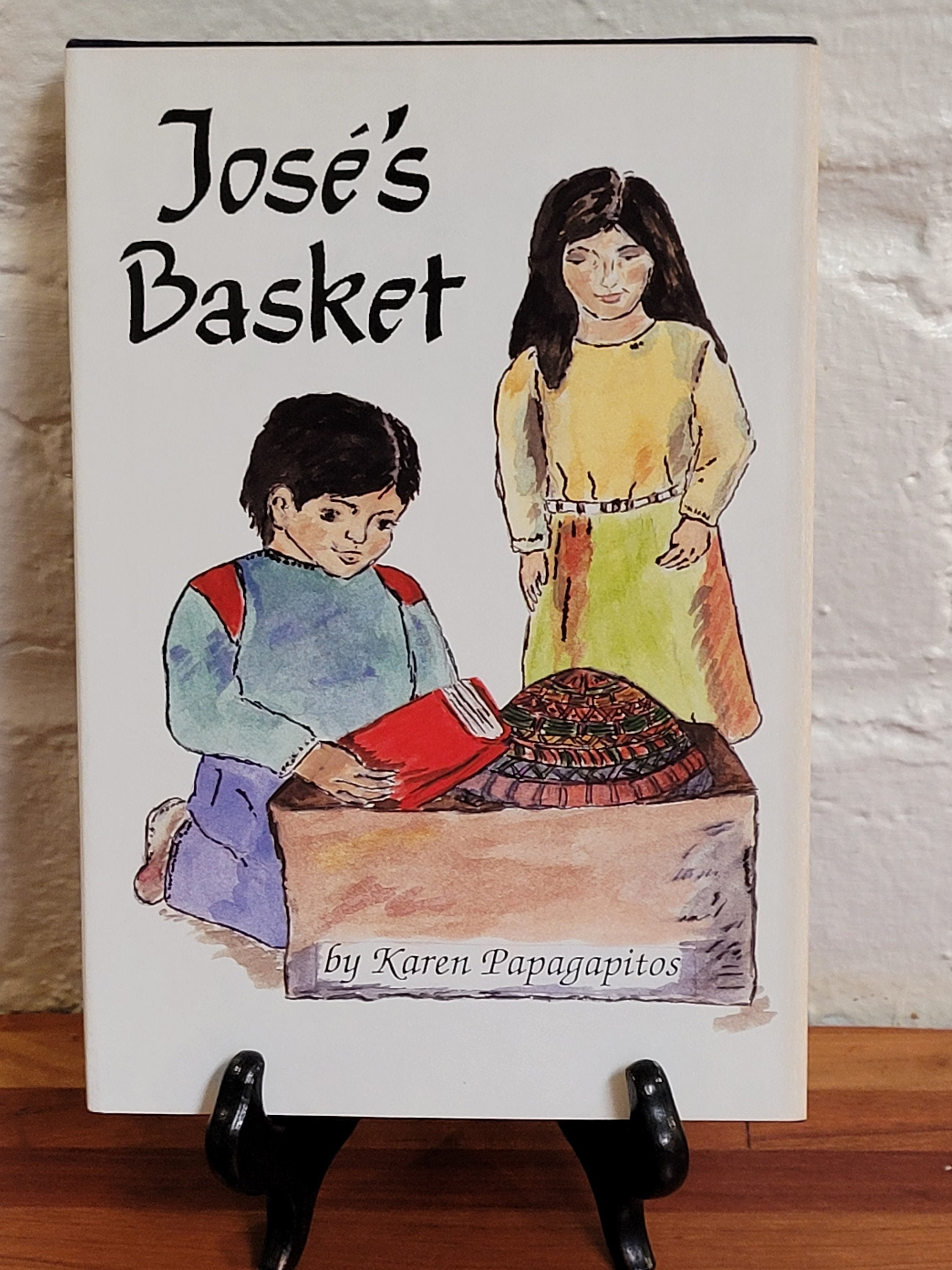 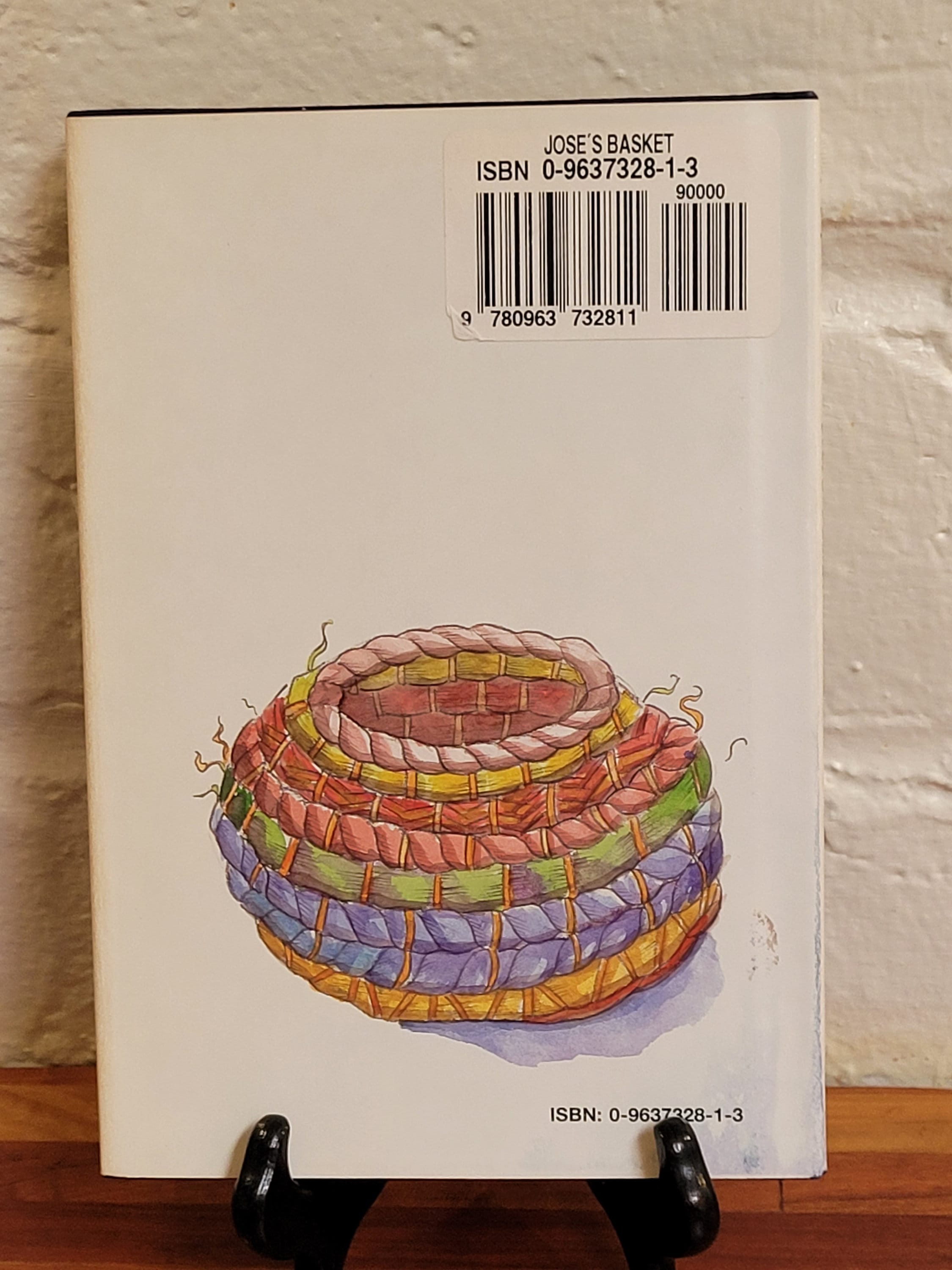 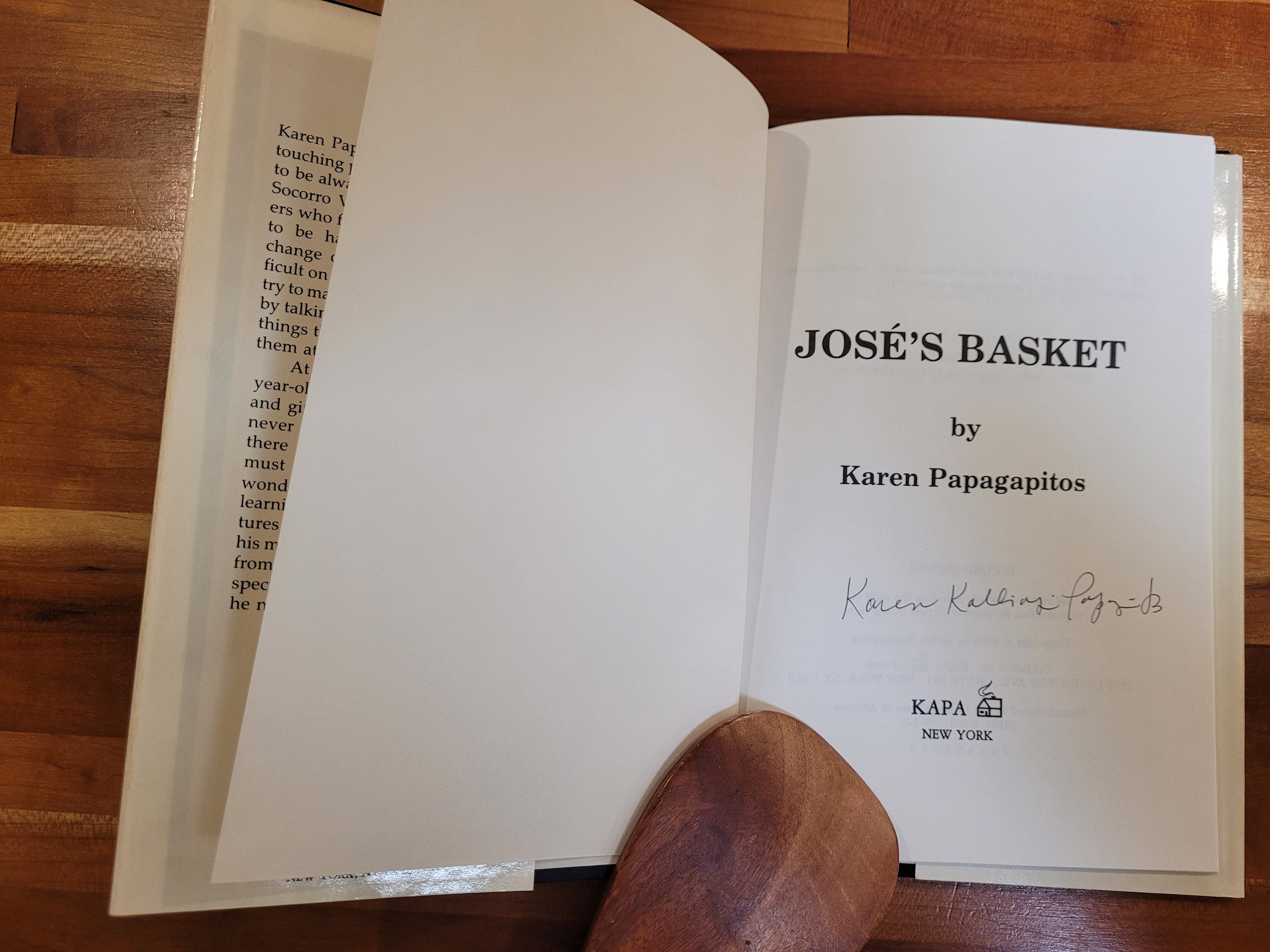 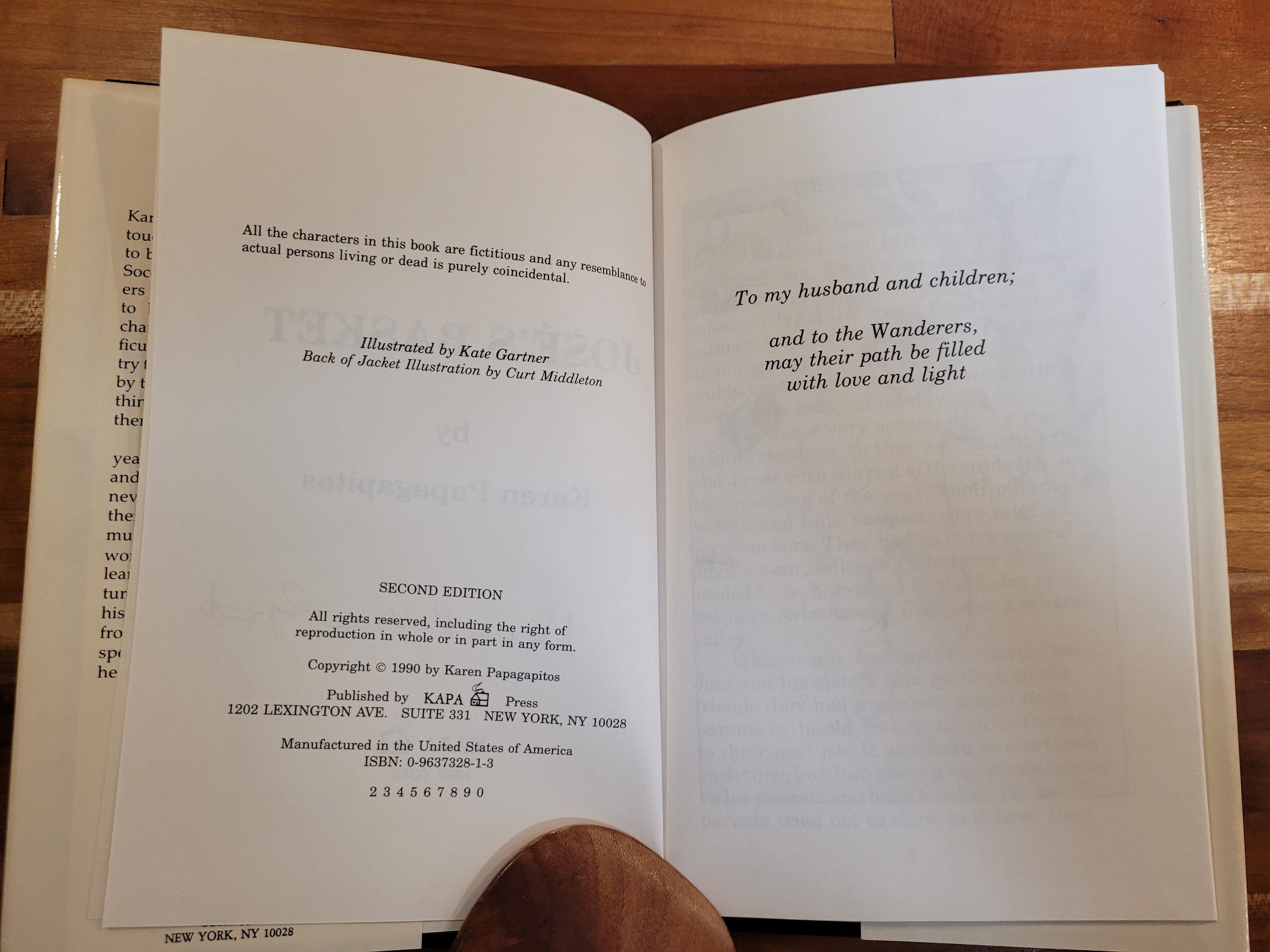 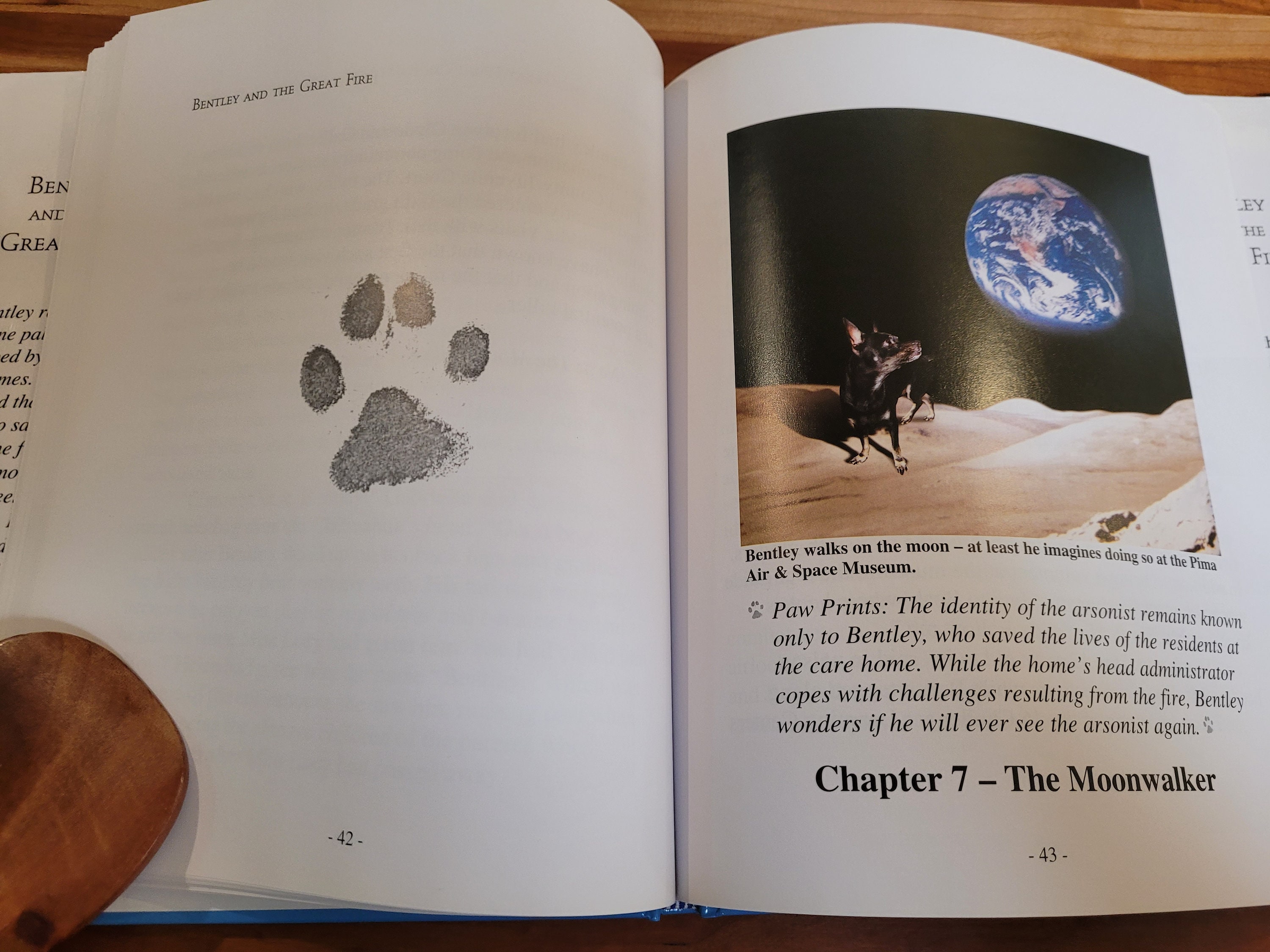 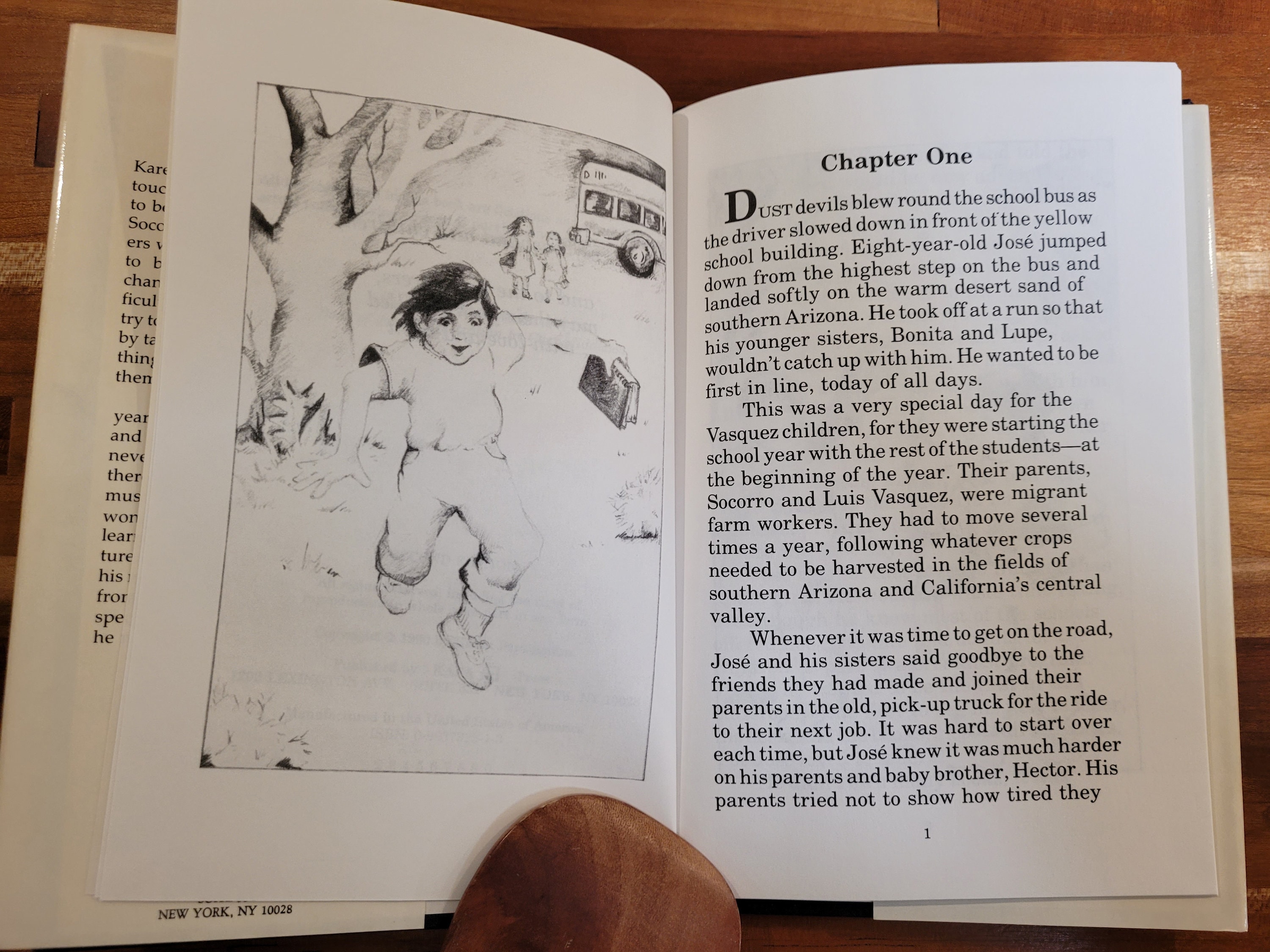 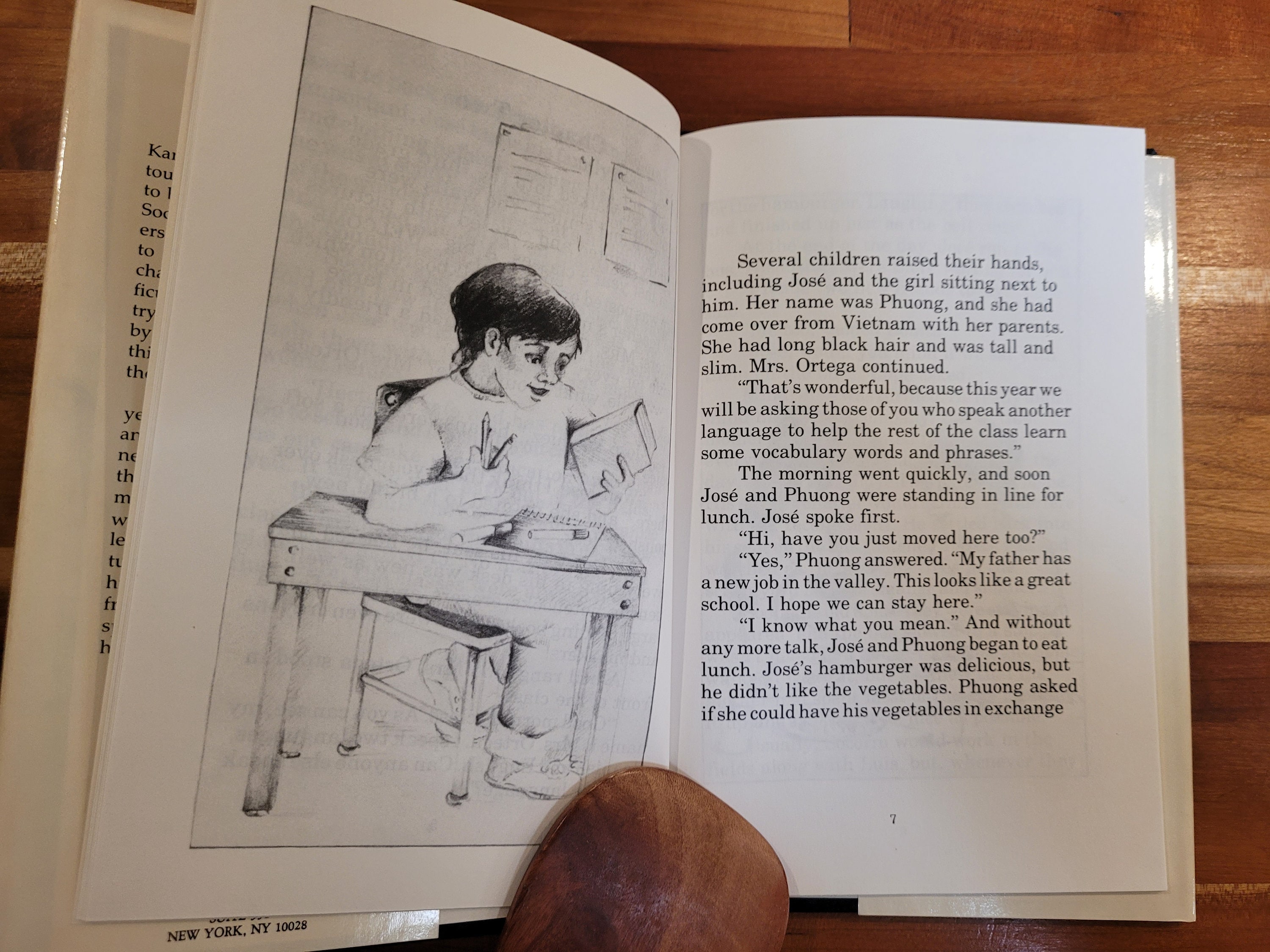 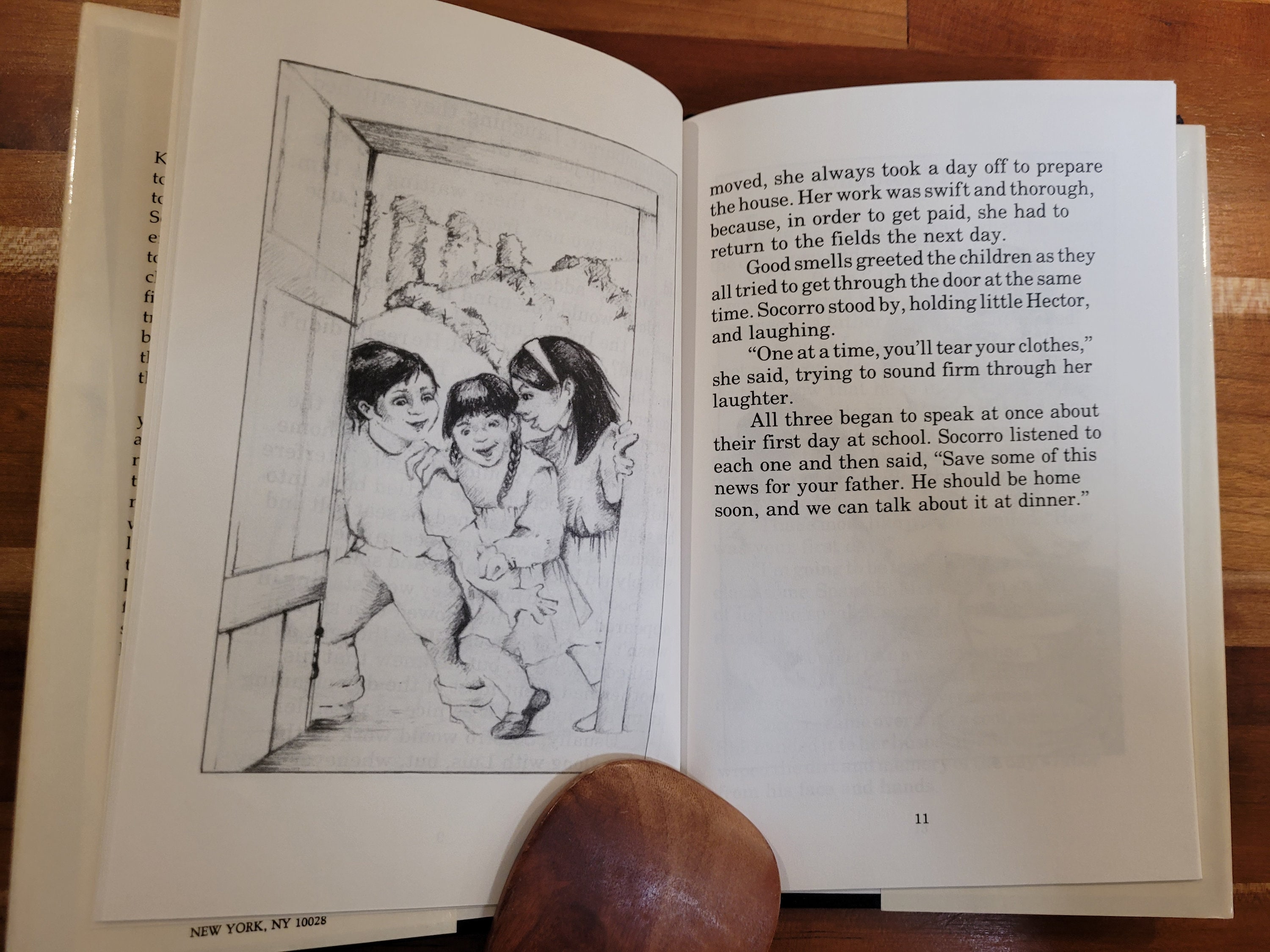 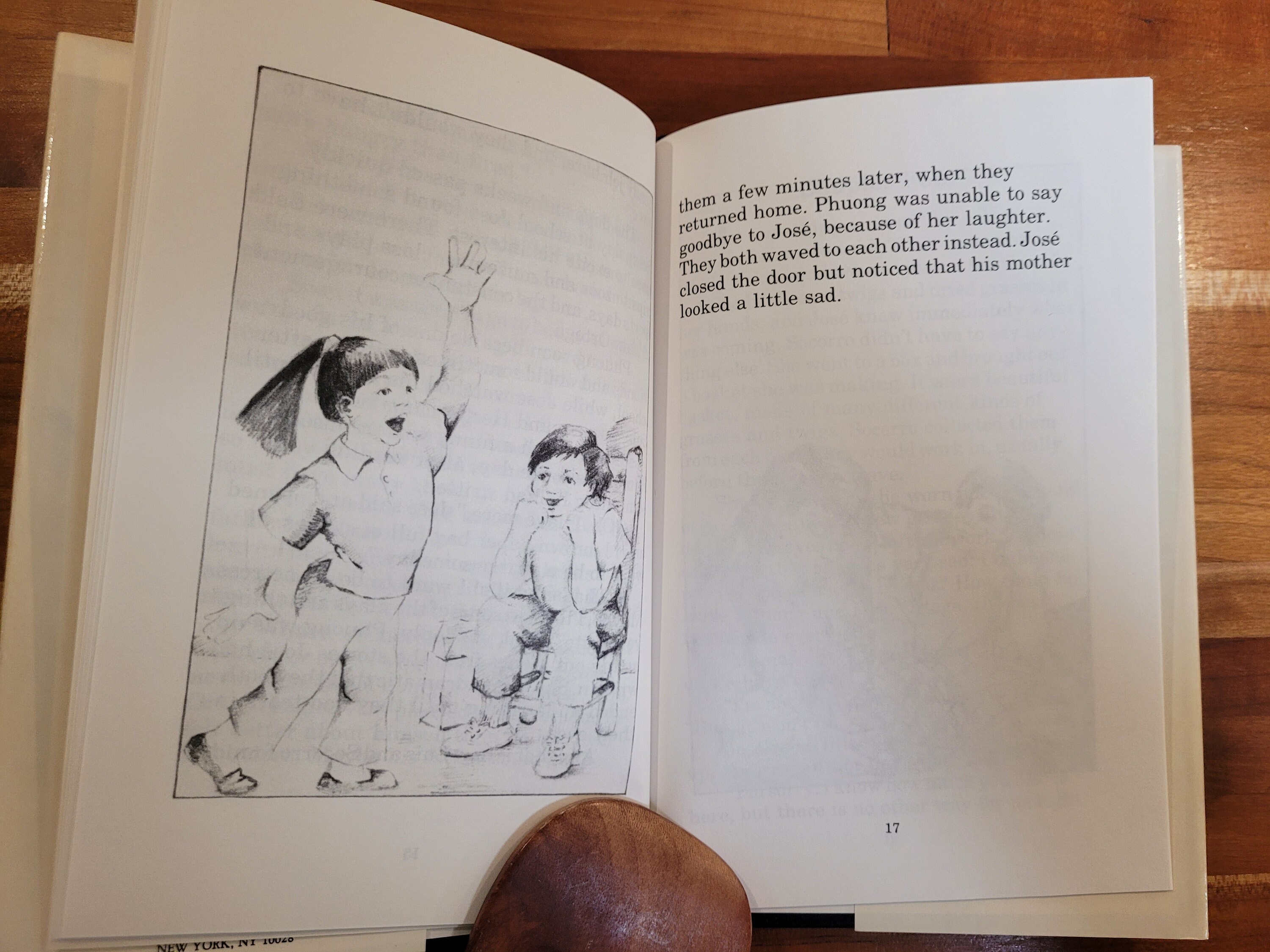 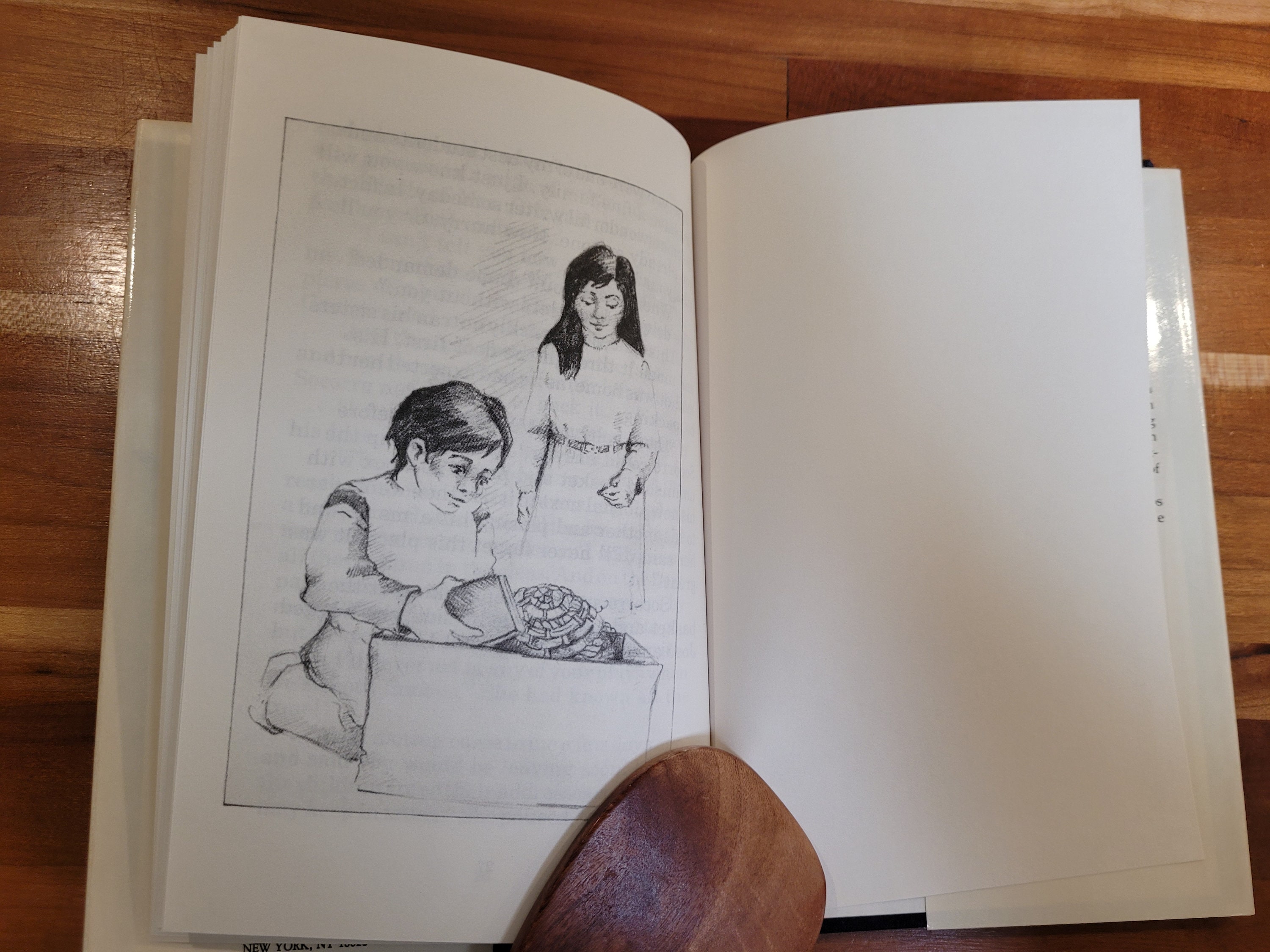 Signed 1990 edition of Jose's Basket, a touching story about a migrant family by Karen Papagapitos.

"Dust devils blew round the school bus as the driver slowed down in front of the yellow school building. Eight-year-old Jose jumped down from the highest step on the bus and landed softly on the warm desert sand of southern Arizona. He took off at a run so that his younger sisters, Bonita and Lupe, wouldn't catch up with him. He wanted by first in line, today of all days.

"This was a very special day for the Vasquez children, for they were starting the school year with the rest of the students - at the beginning of the year. Their parents, Socorro and Luis Vasquez, were migrant workers. They had to move several times a year, following whatever crops needed to be harvested in the fields of southern Arizona and California's central valley."

"By learning to piece together his adventures in every new place, much like his mother weaves reeds and grasses from the different places in her special basket, Jose finds the courage he needs to move on."

Author Karen Papagapitos is a Tucson native. She earned her BA in Education at the University of Arizona and her MA in ESL at Hunter College. In the early 1970s, she taught migrant children near the border between Arizona and Sonora, Mexico. After living in New York for many years, she returned to Tucson in 2020.