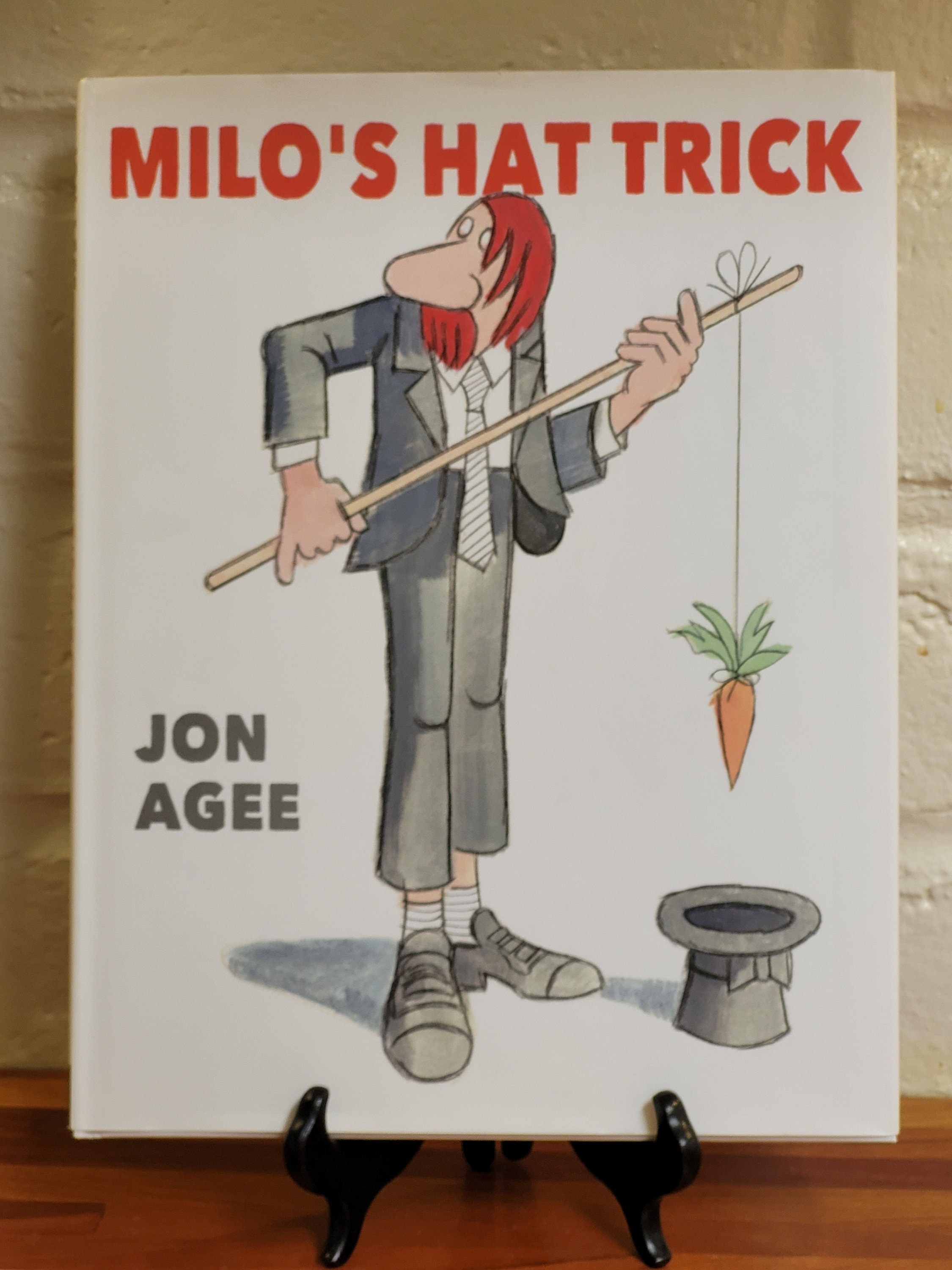 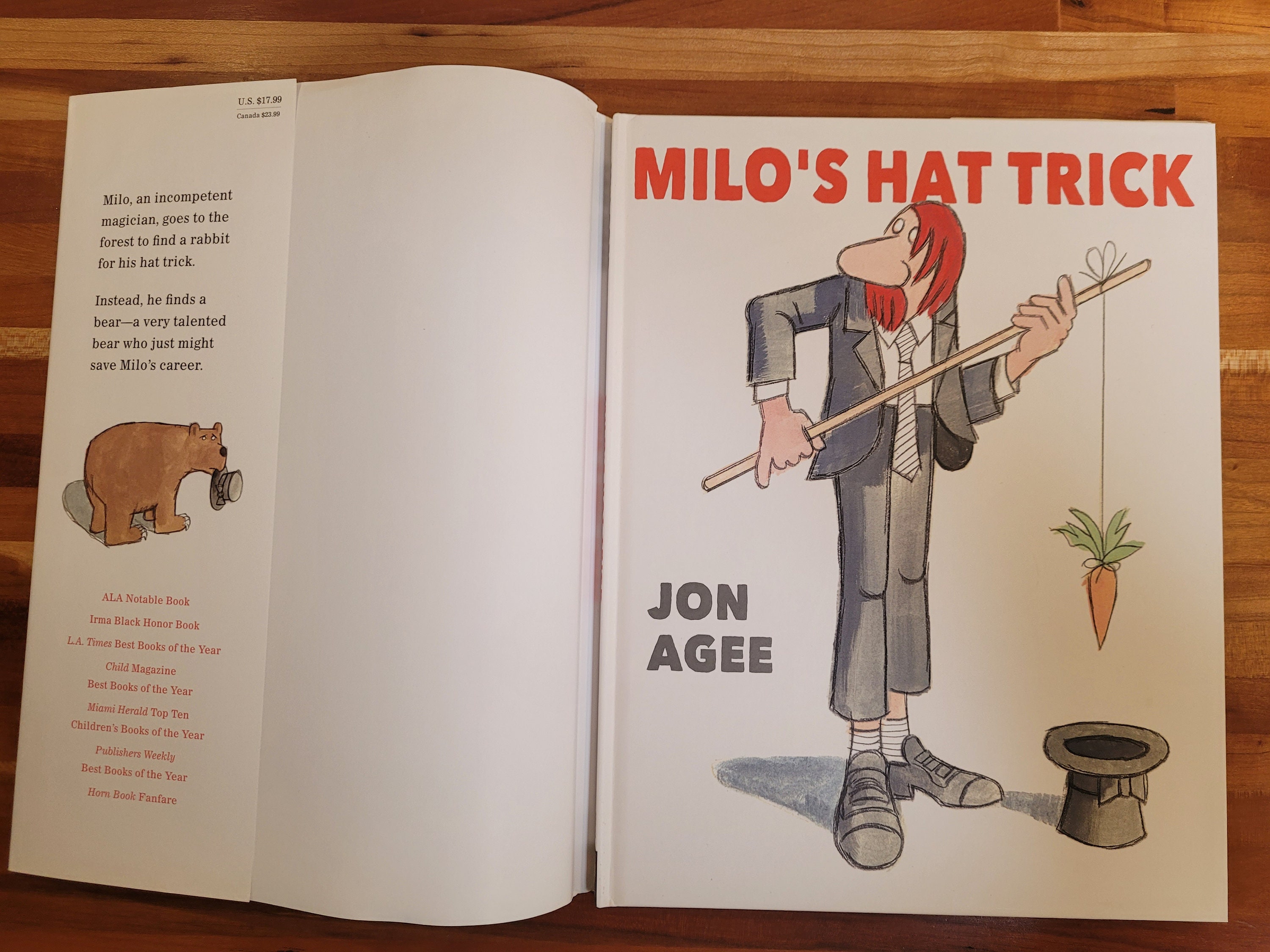 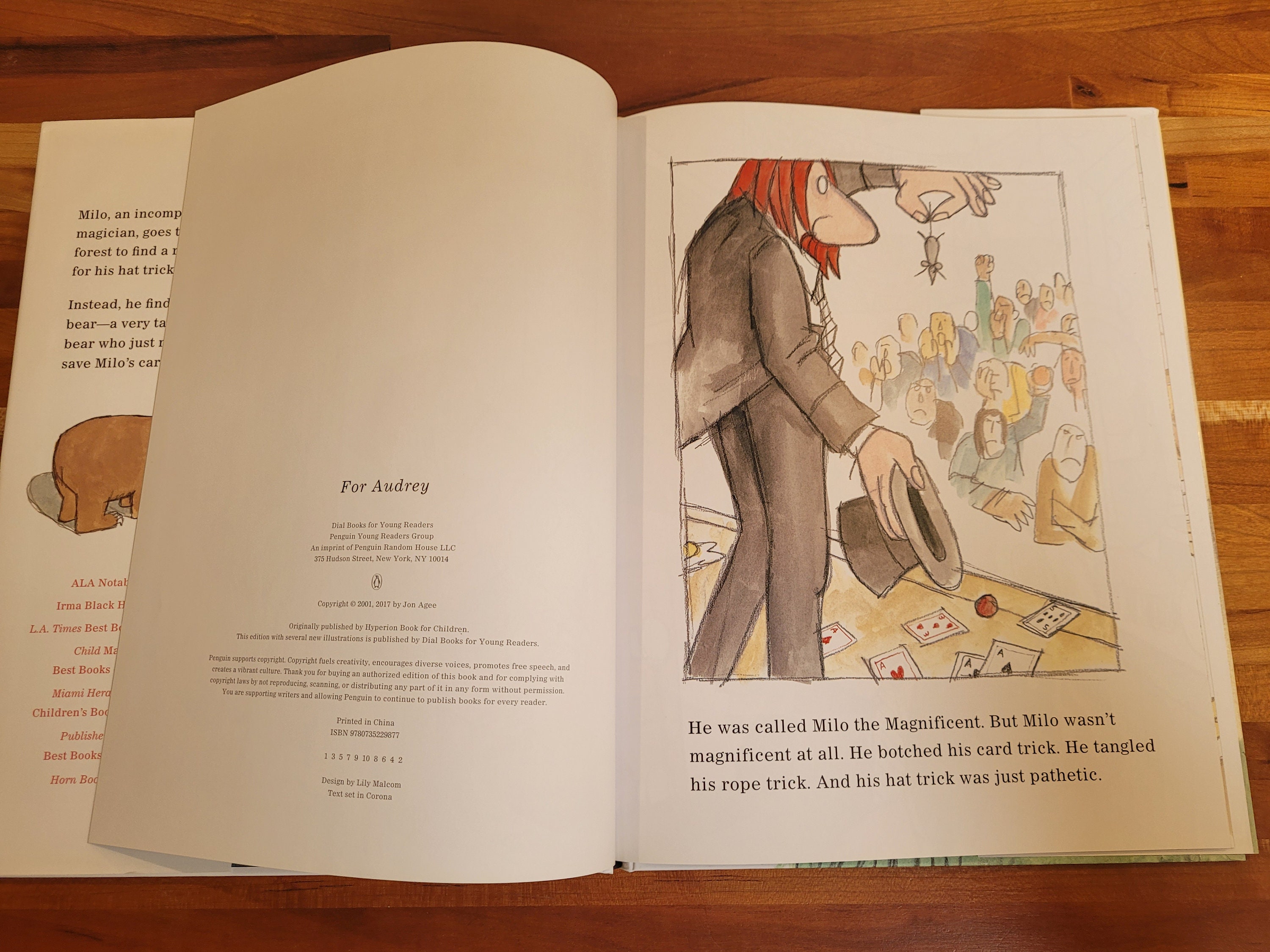 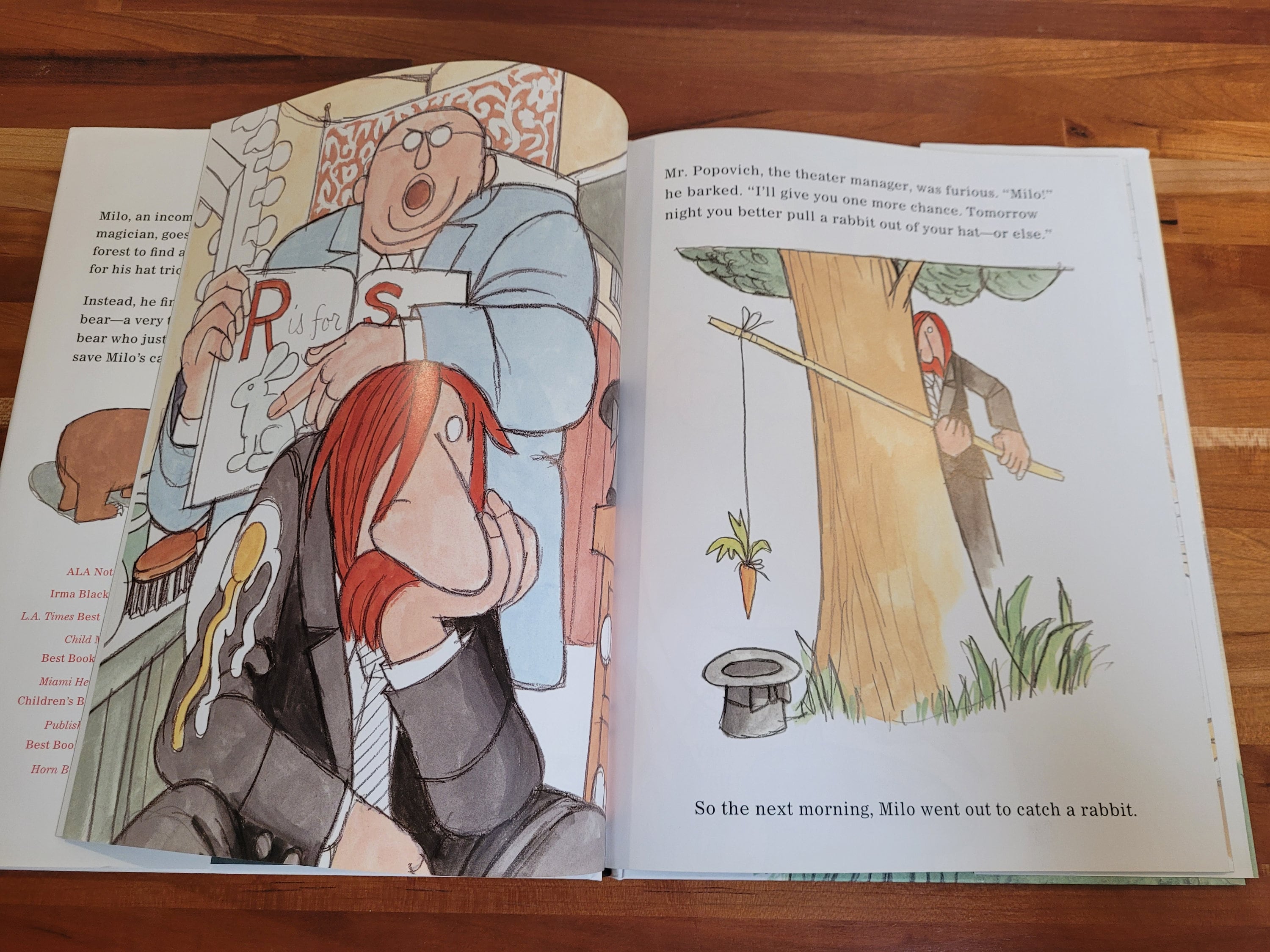 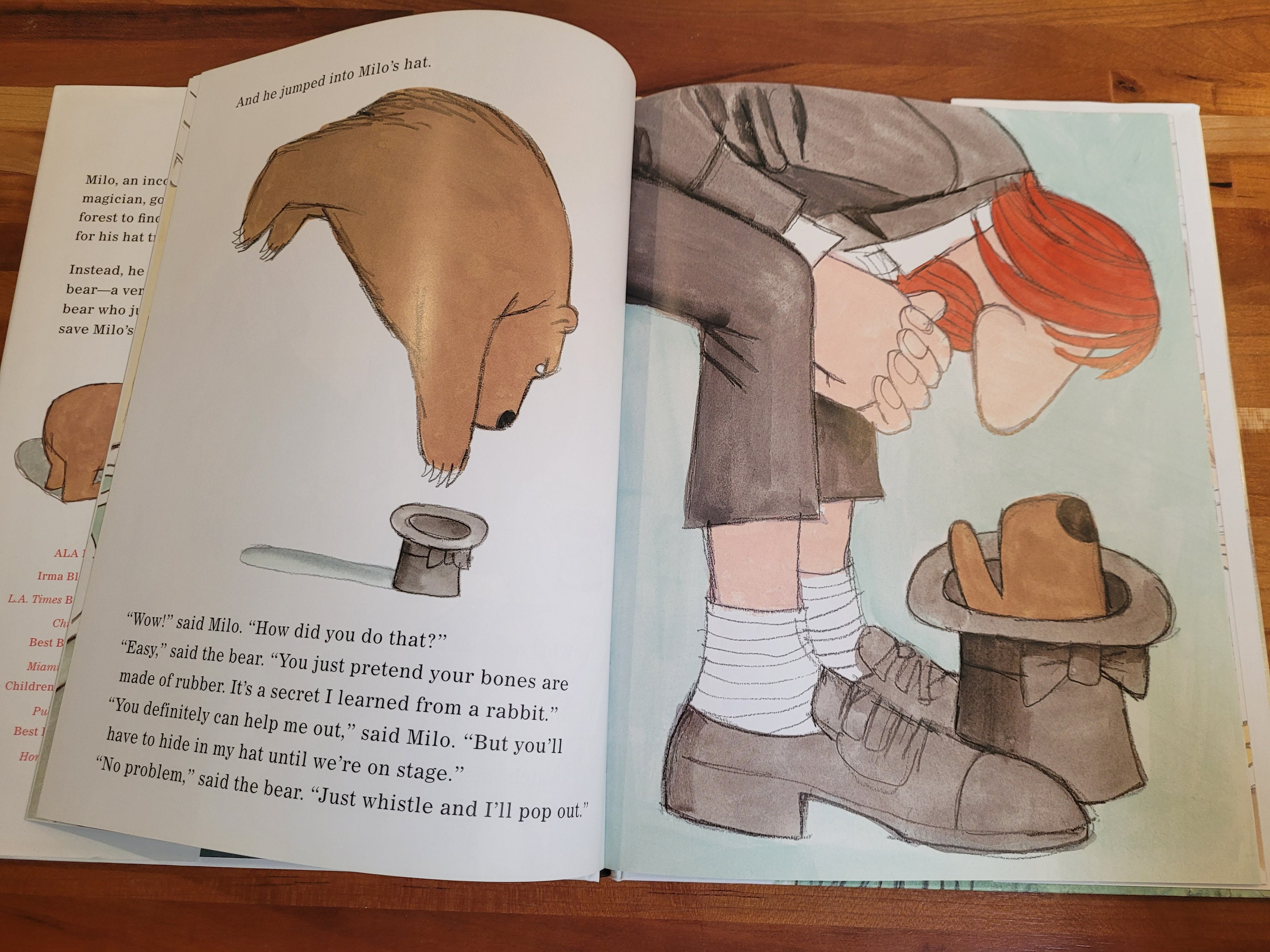 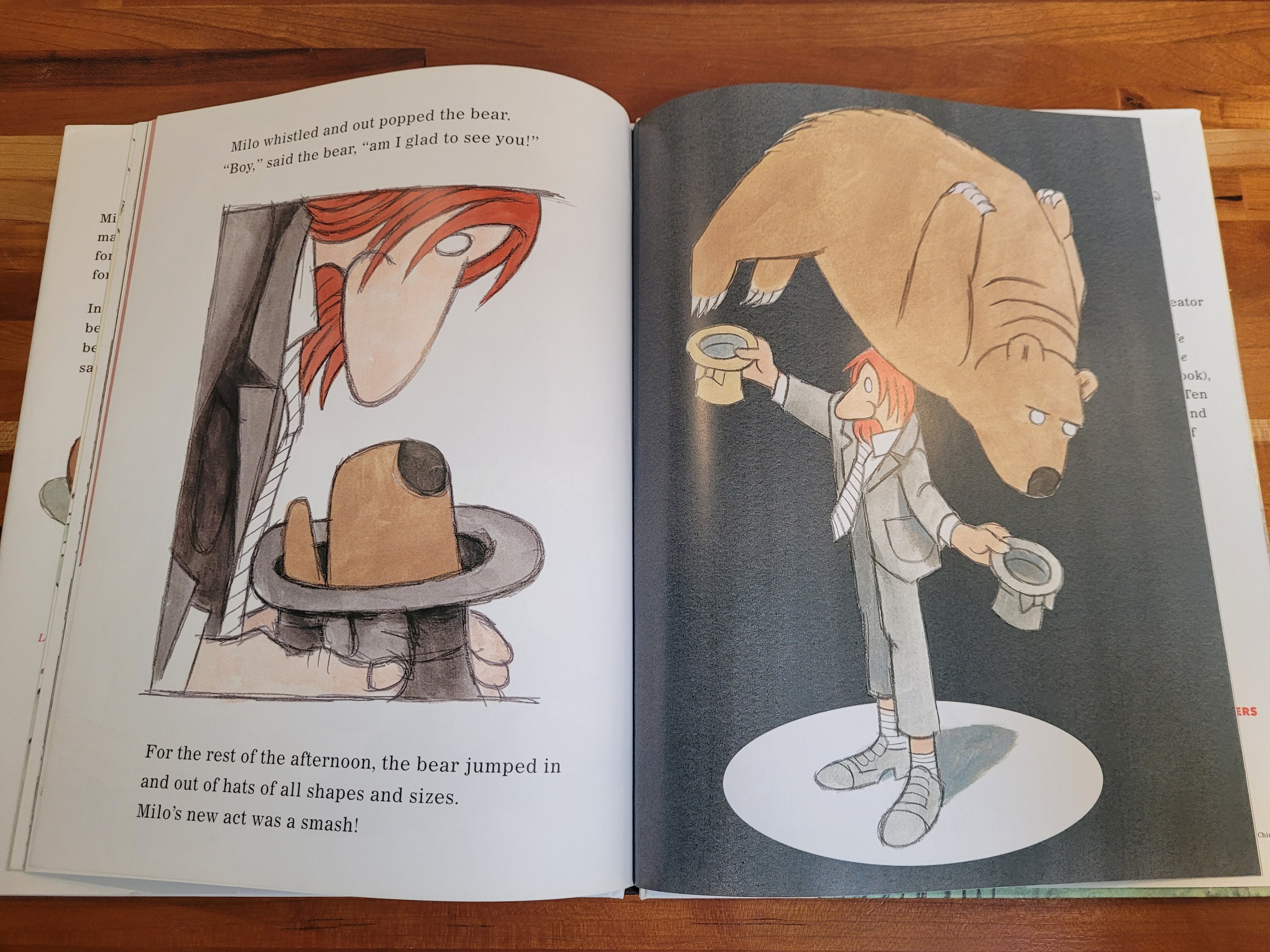 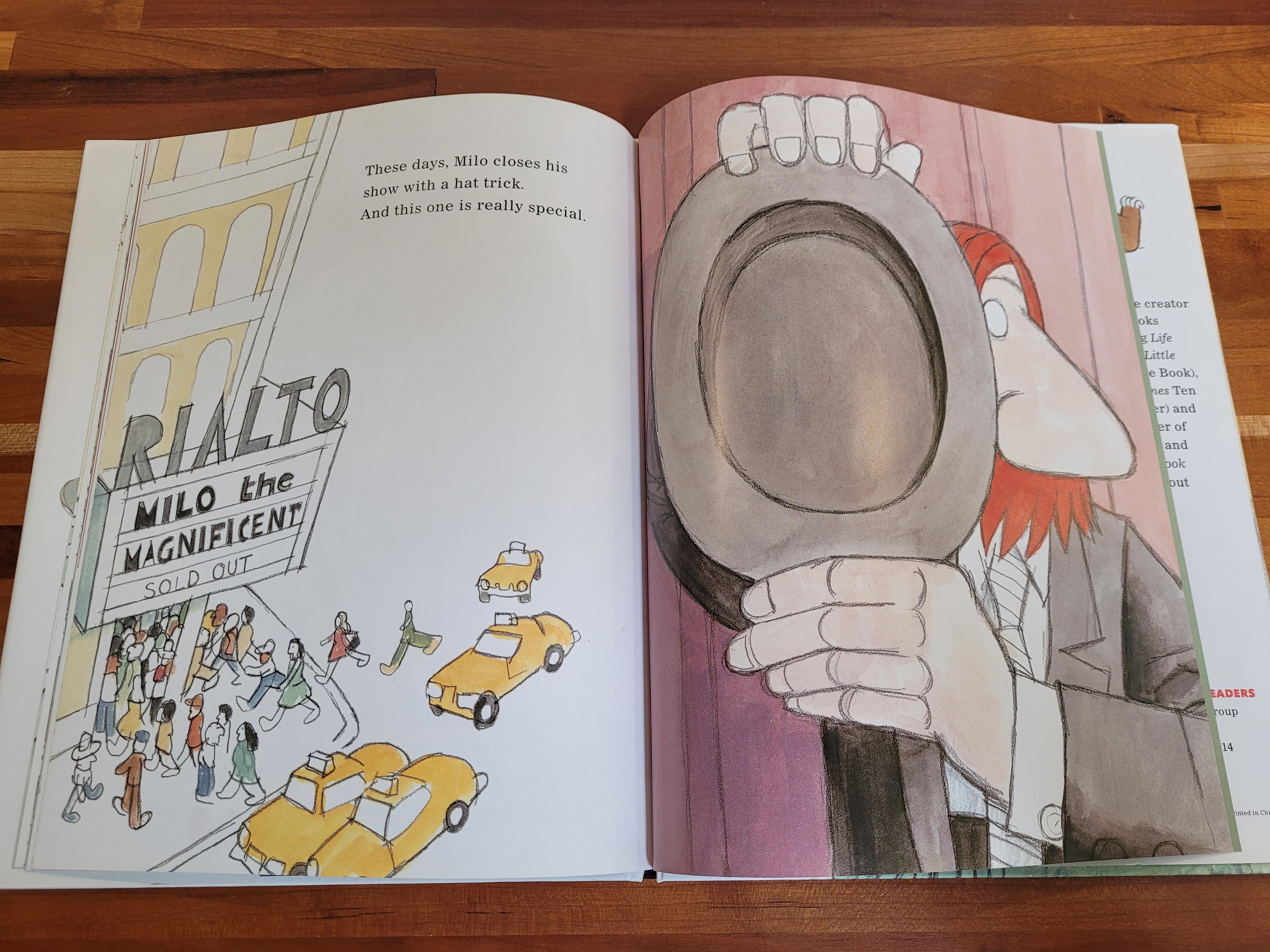 "He was called Milo the Magnificent. But Milo wasn't magnificent at all. He botched his card trick. He tangled his rope trick. And his hat trick was just pathetic.

"Mr. Popovich, the theater manager, was furious. "Milo!" he barked. "I'll give you one more chance. Tomorrow night you better pull a rabbit out of your hat - or else."

"So the next morning, Milo went out to catch a rabbit.

"Instead, he caught a bear."

But the bear turned out to be just the trick! He'd learned from the rabbit how to get in and out of a hat, so he took its place. Milo's show was a smash! Then the bear grew tired. Milo took him home to his cave to hibernate. But the bear had shared the rabbit's secret with Milo, who then took the bear's place in the hat.

Jon Agee is a beloved children's book author and illustrator. Favorite books include The Incredible Painting of Felix Clousseau, I want a Dog, The Wall in the Middle of the Book, Life on Mars, Lion Lessons, The Retired Kid, Terrific, and many others.