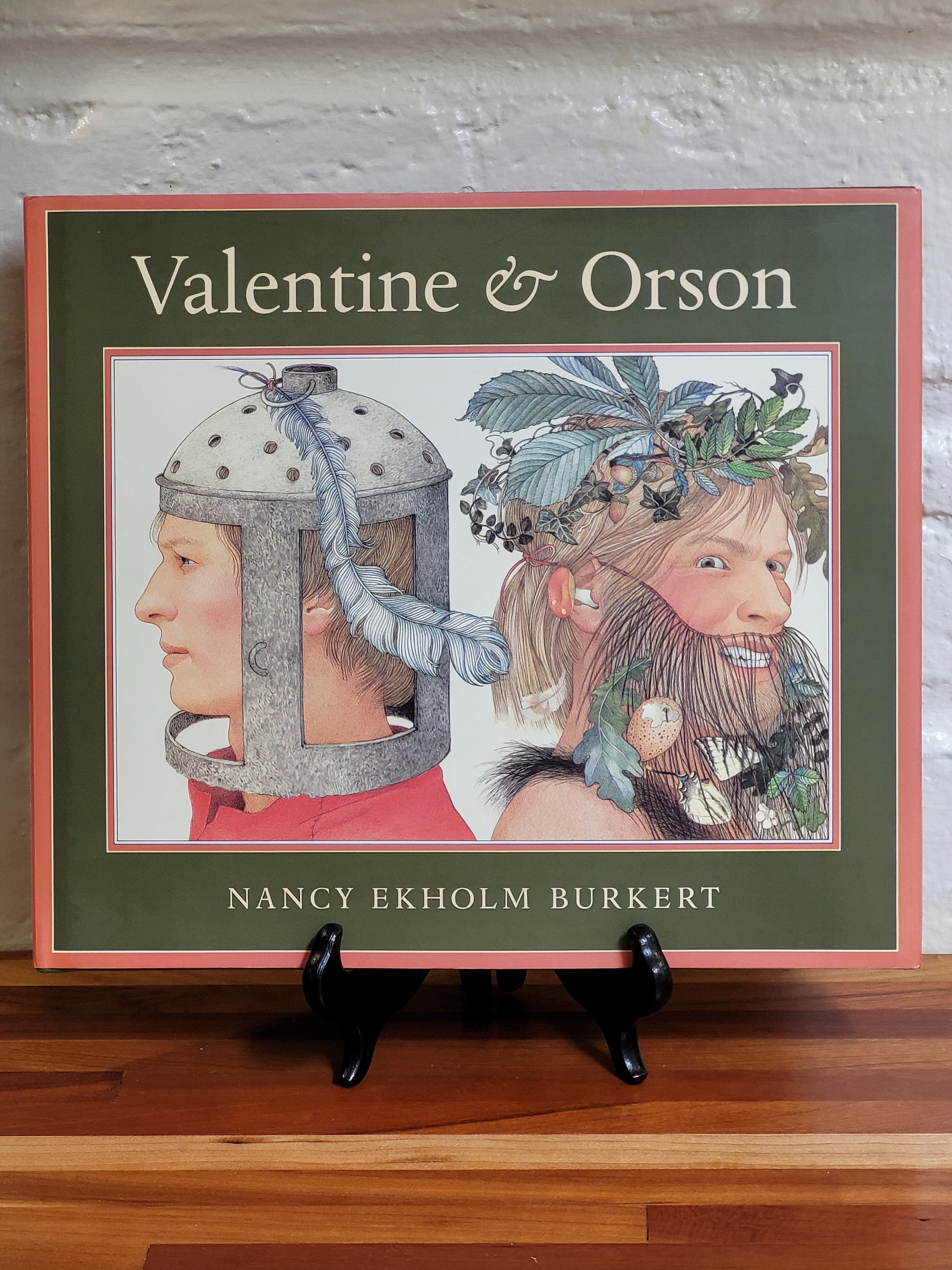 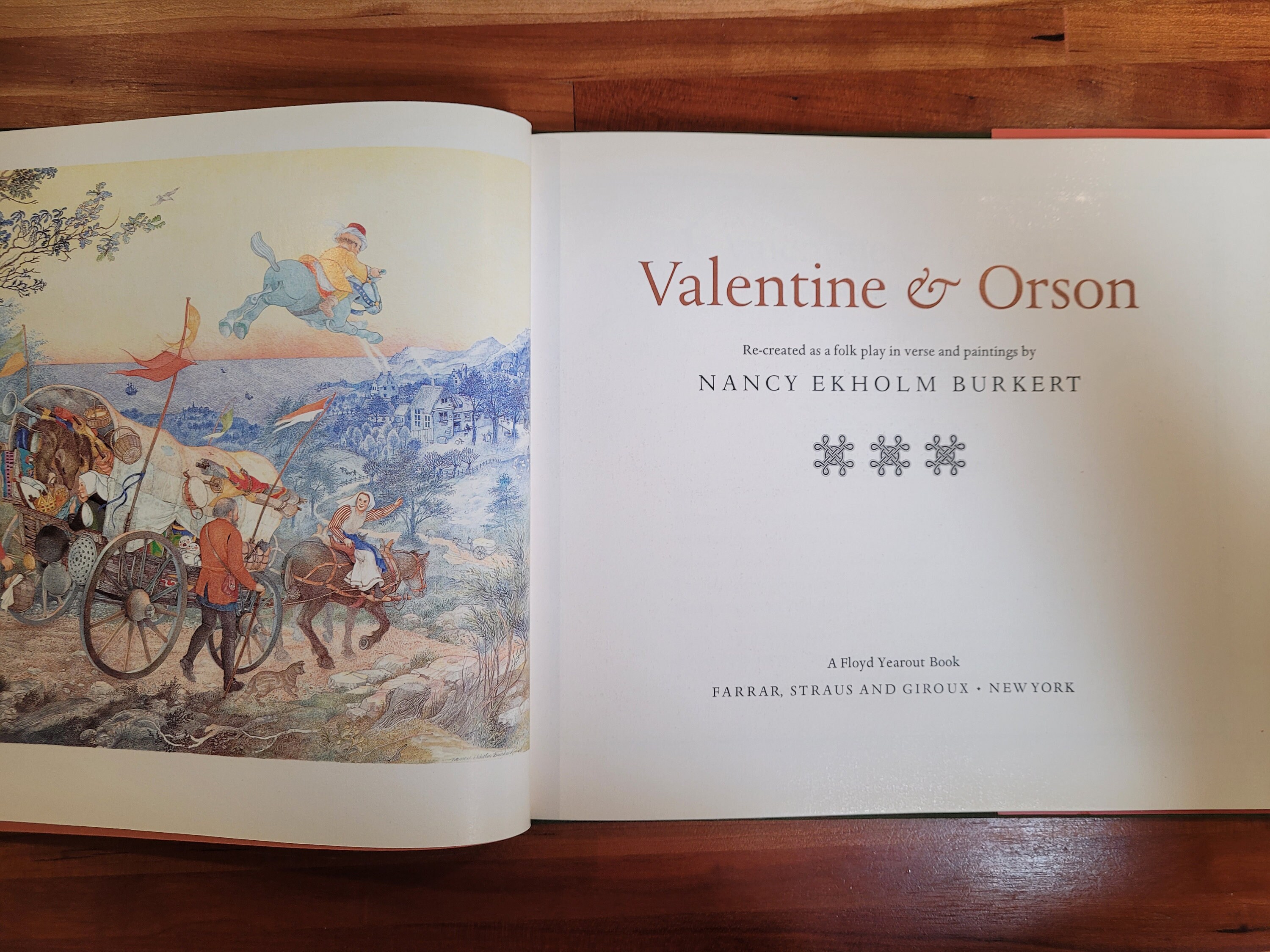 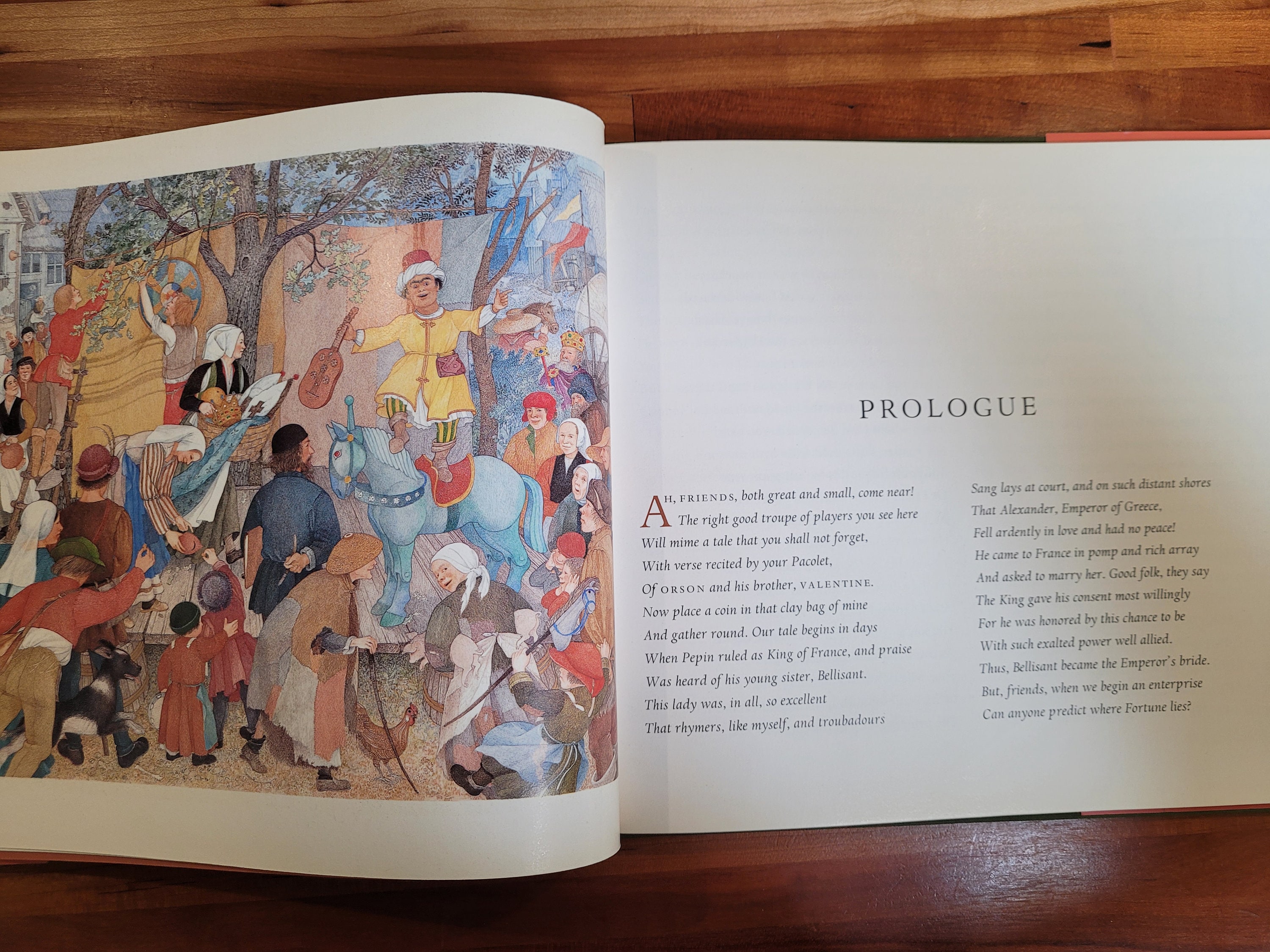 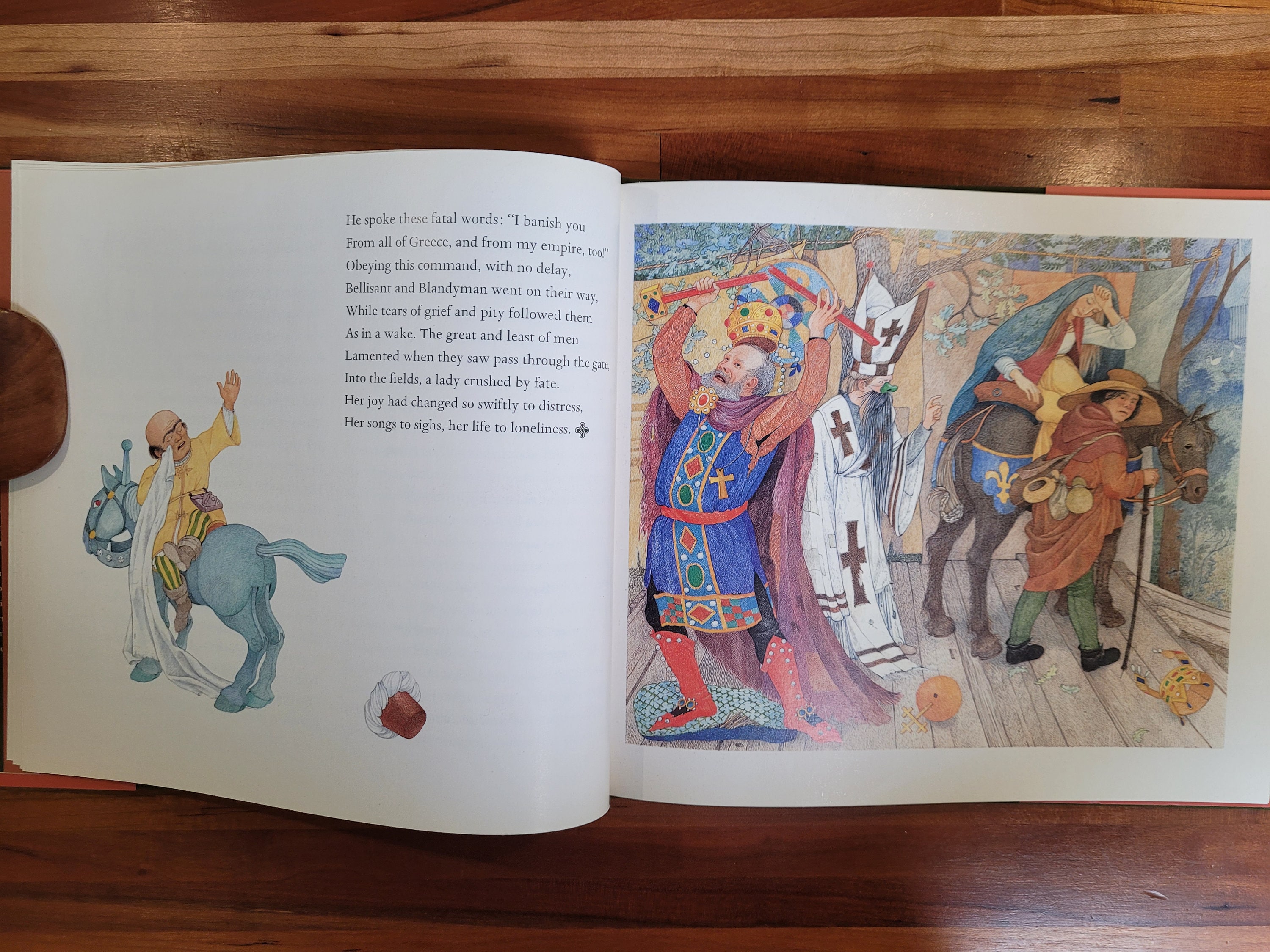 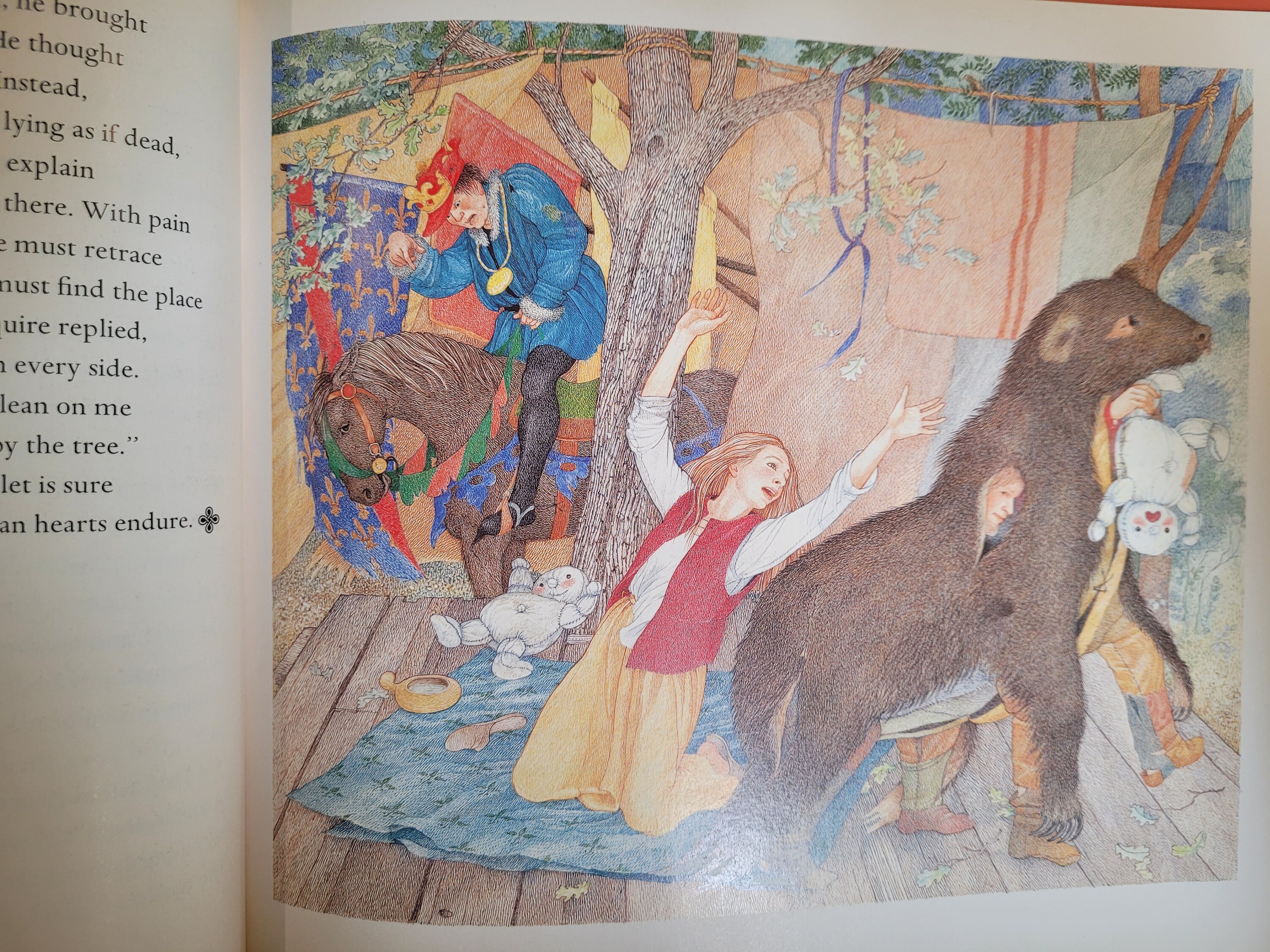 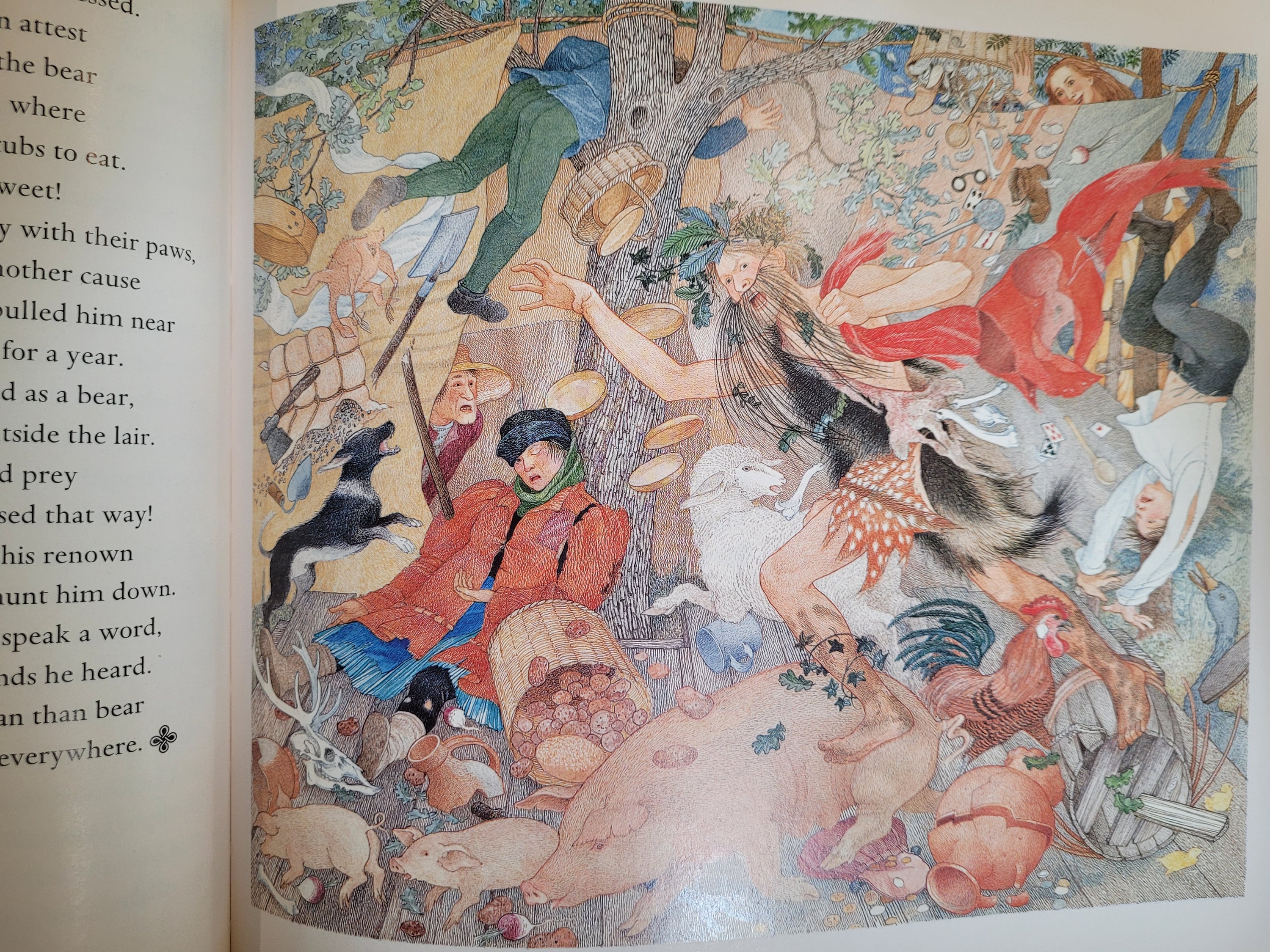 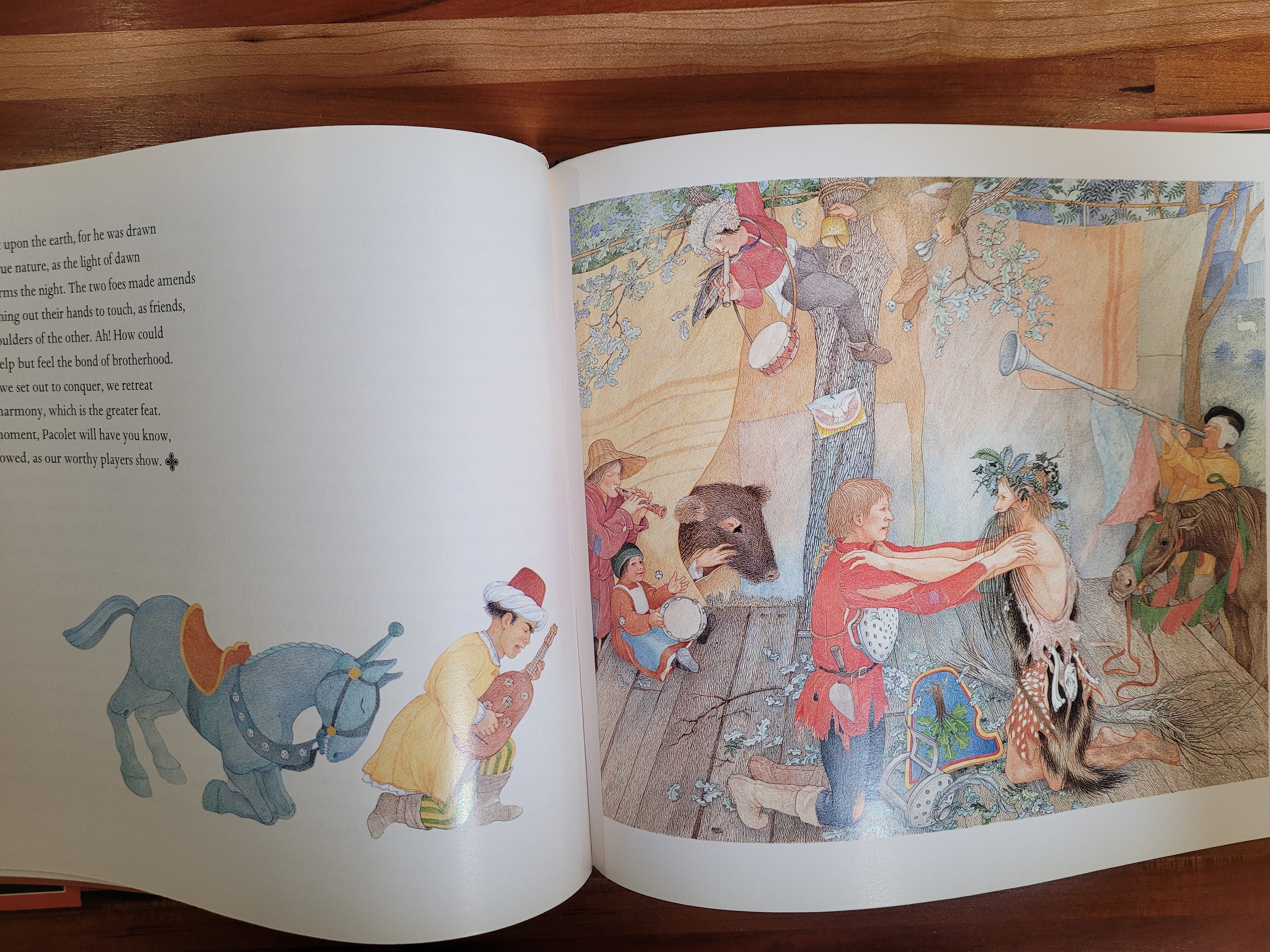 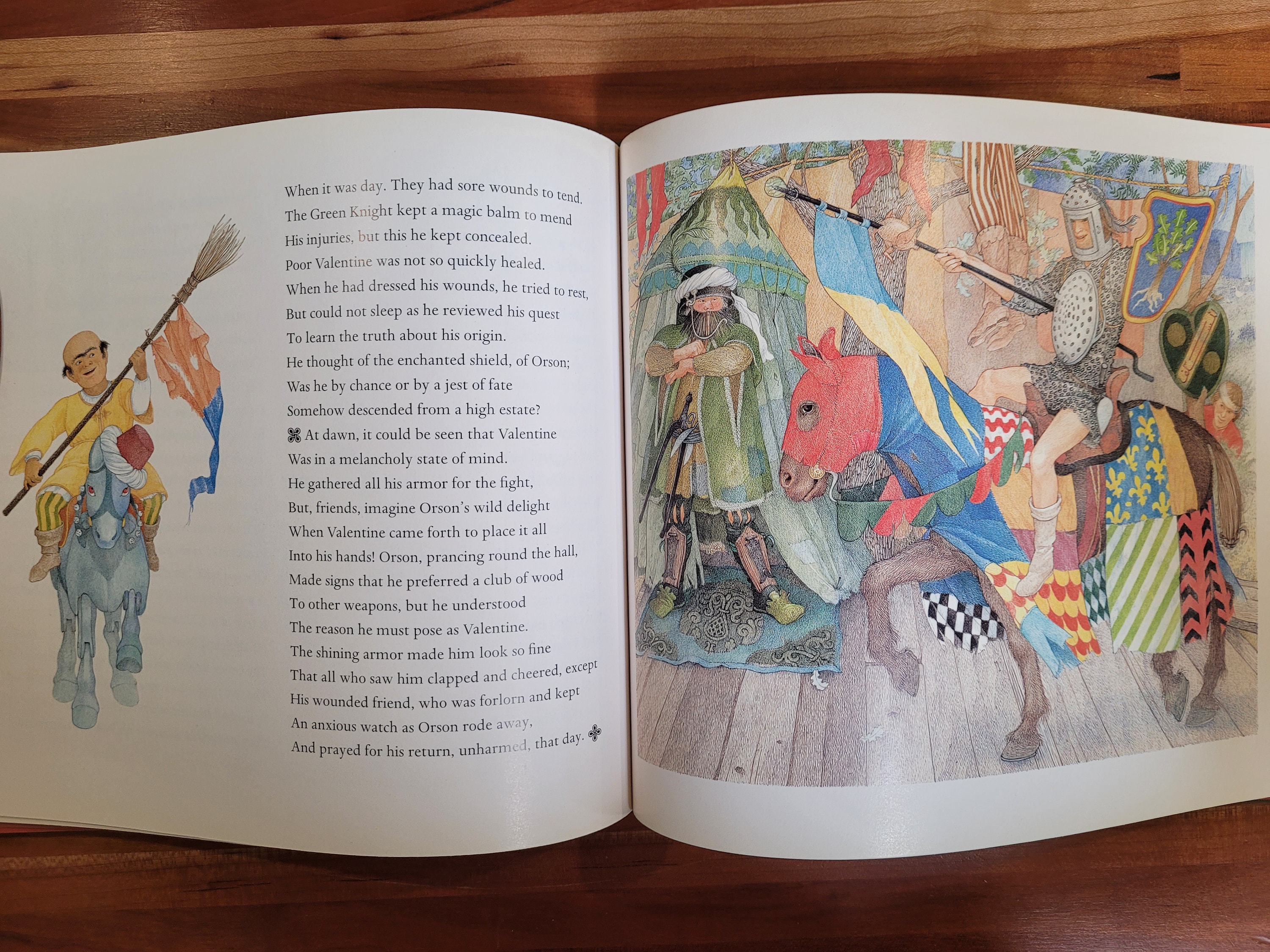 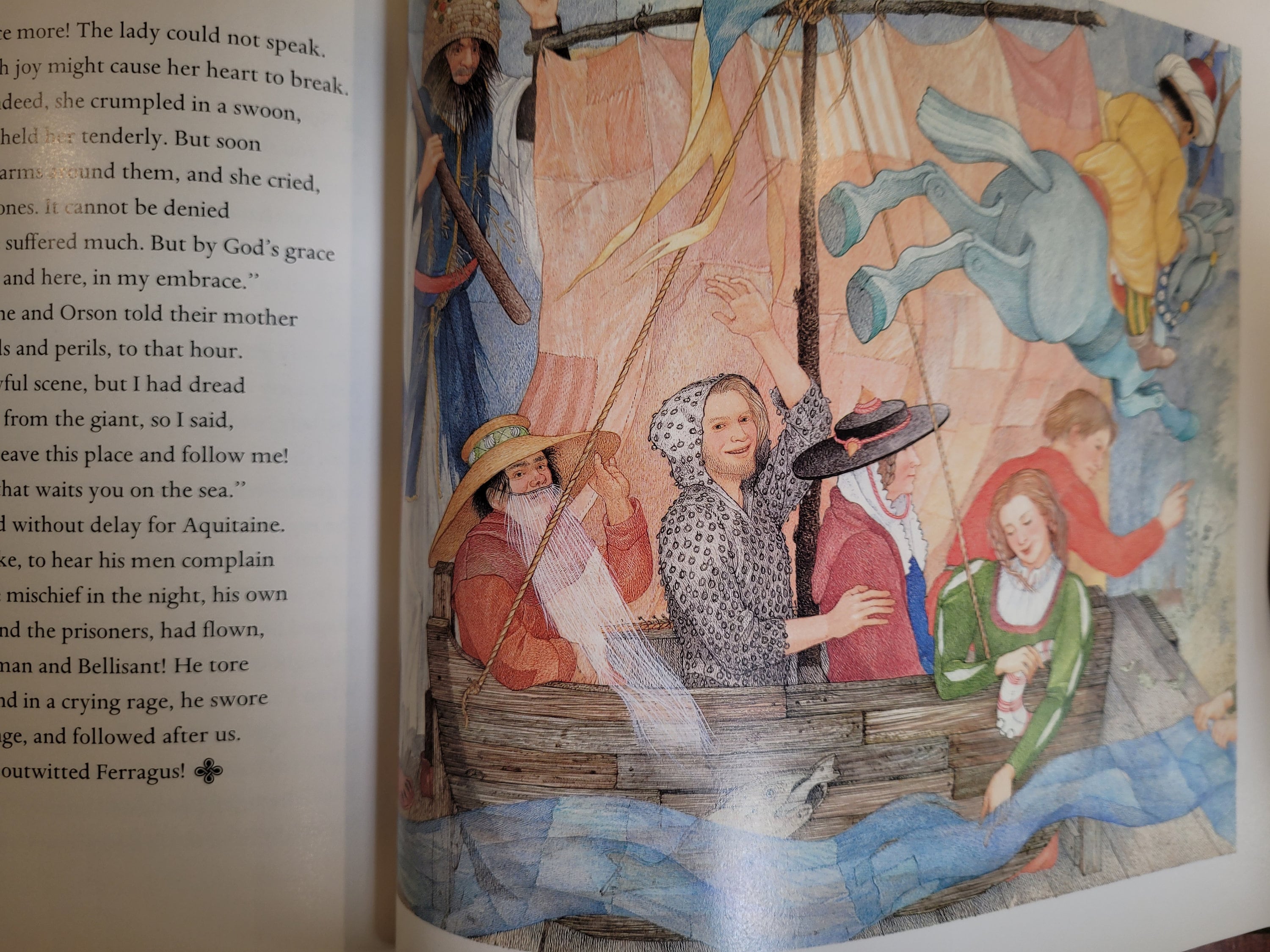 "We bring you now a play, by means
Of Pantomime, in nine momentous scenes.
The present year is 1555, a day
In Flanders, after planting time, in May.
Our story, though, is found in ancient lore,
Two hundred years ago, or long before."

ALSO APPEARING: Men, women, and children of the village as King Pepin, the cook, the merchant, the oracle, angels, musicians, and peasants. A cart horse and farm animals.

"Ah, friends, both great and small, come near!
The right good troupe of players you see here
Will mime a tale that you shall not forget,
With verse recited by your Pacolet,
of Orson and his brother, Valentine.
Now place a coin in that clay bag of mine
And gather round. ..."

"Valentine & Orson is the classic story of twin brothers who are separated at birth. One is raised in the royal court of Pepin, King of France; the other, in a forest by a bear. The chivalric knight, Valentine, and the wild man, Orson, meet as enemies, become friends, and together seek to discover their true identities. Aided by companion, Pacolet, with his magic horse and timely enchantments, they contend with the fearsome Green Knight, the giant Farragus, and the mysterious Brazen Head. The truth of their origins is finally revealed, and their quest leads to a joyful reunion."