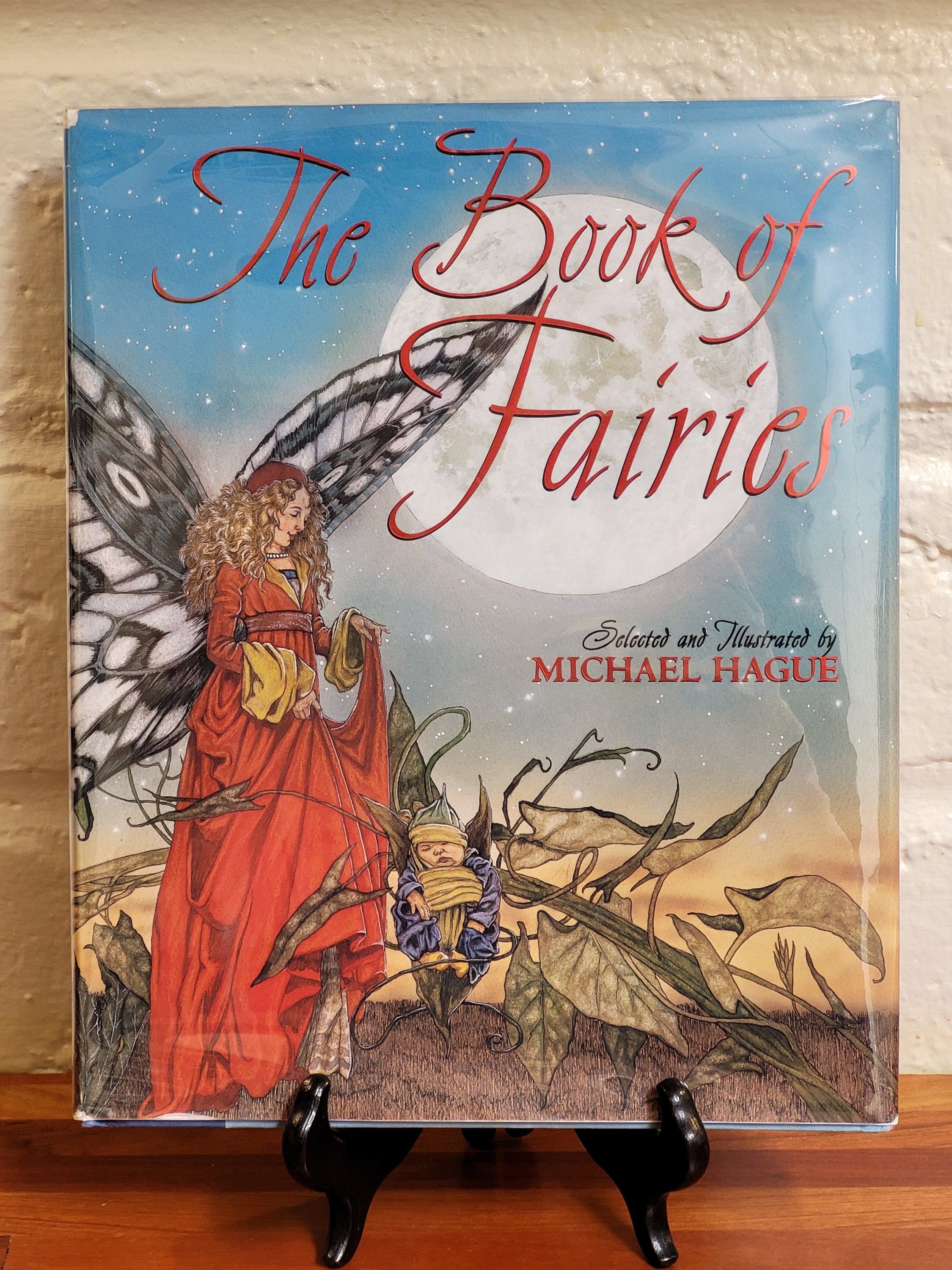 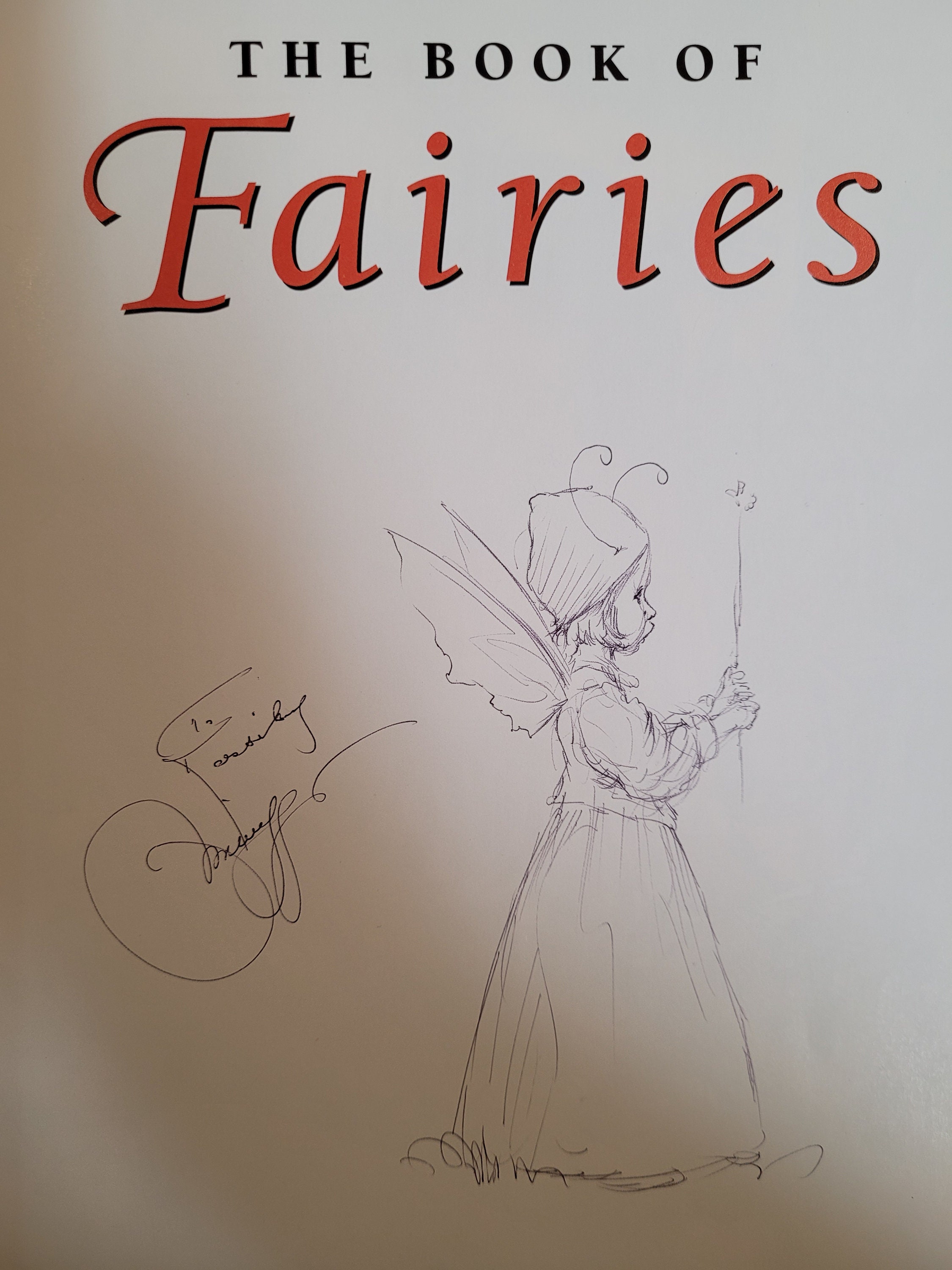 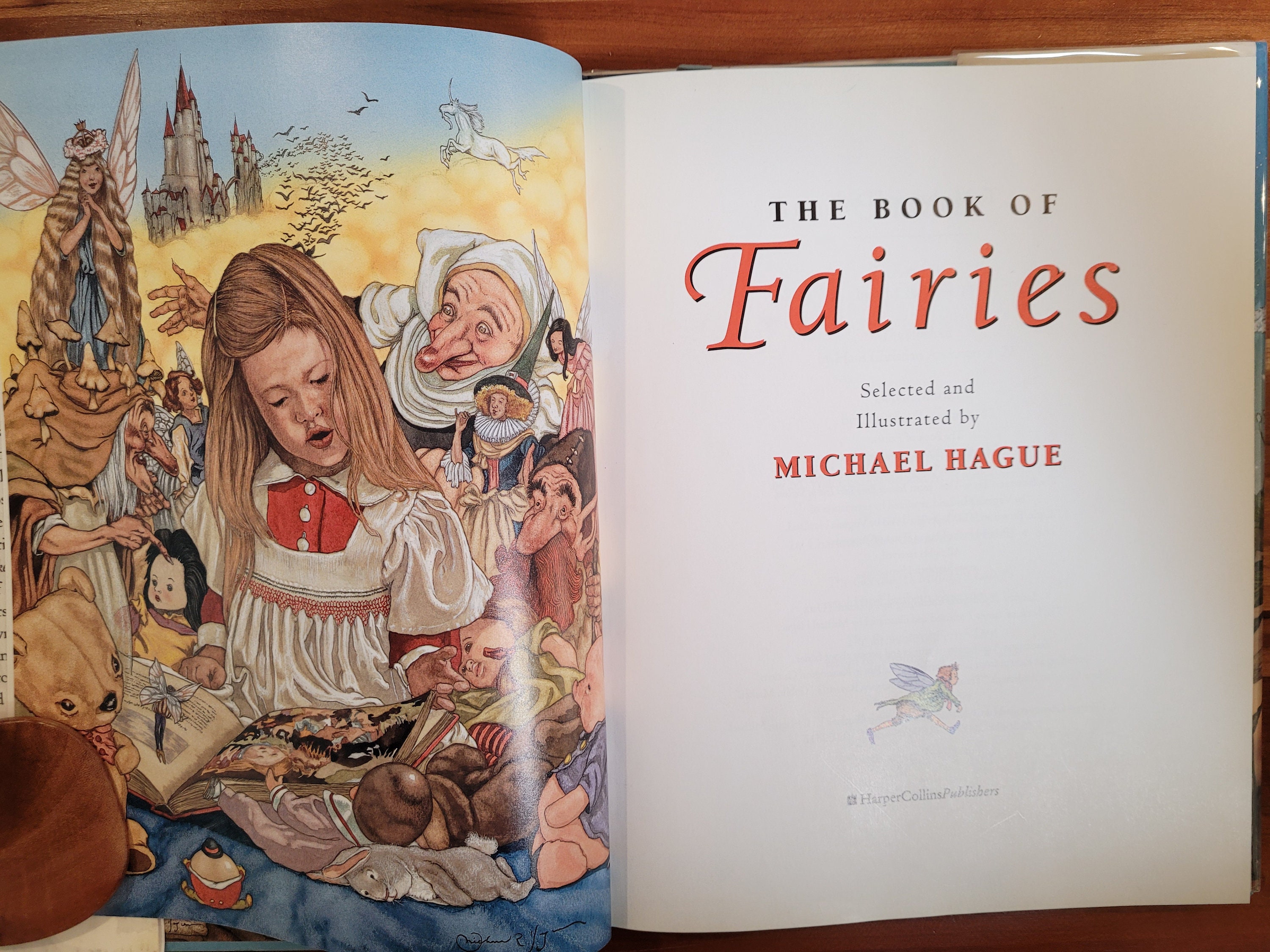 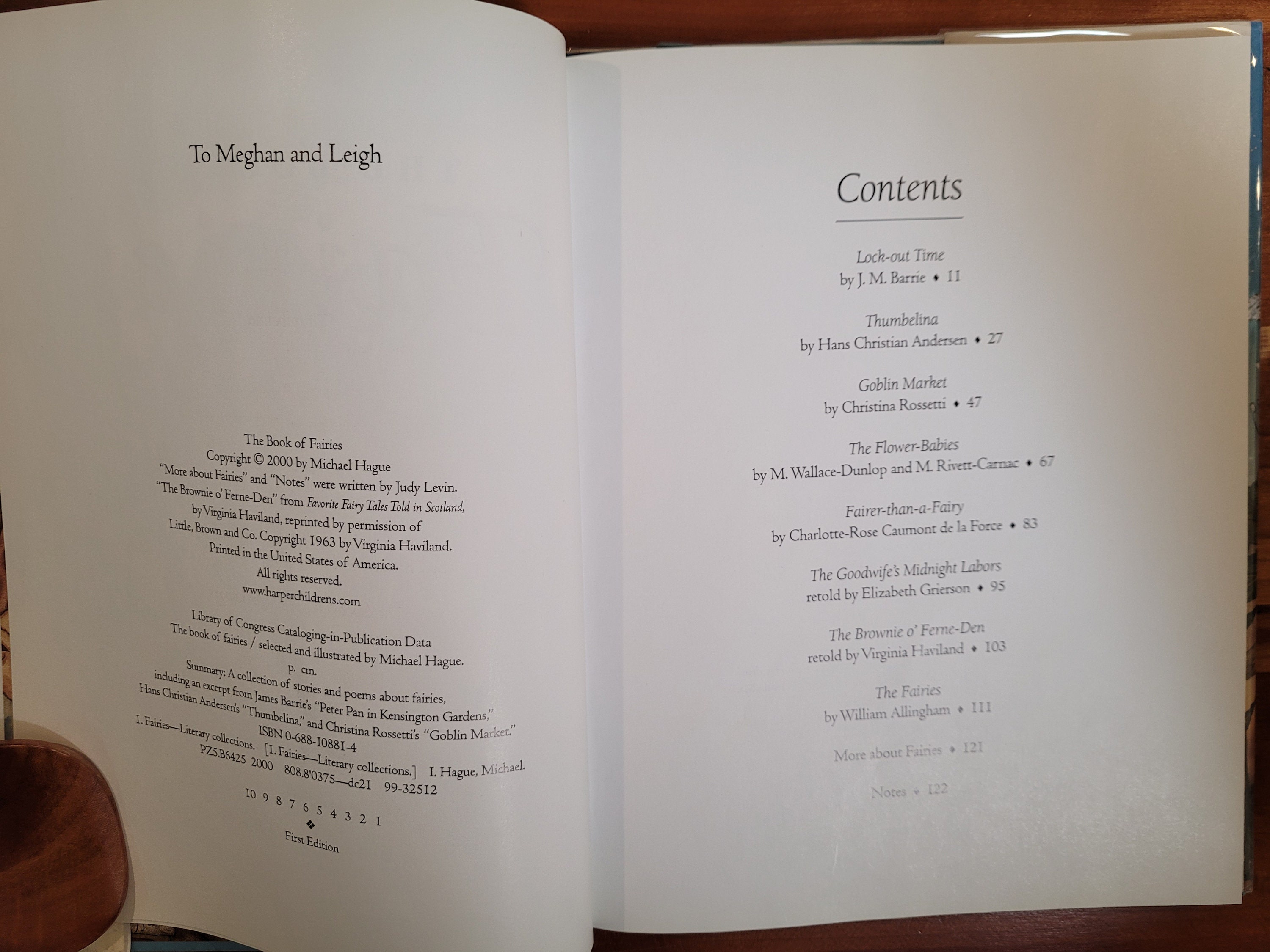 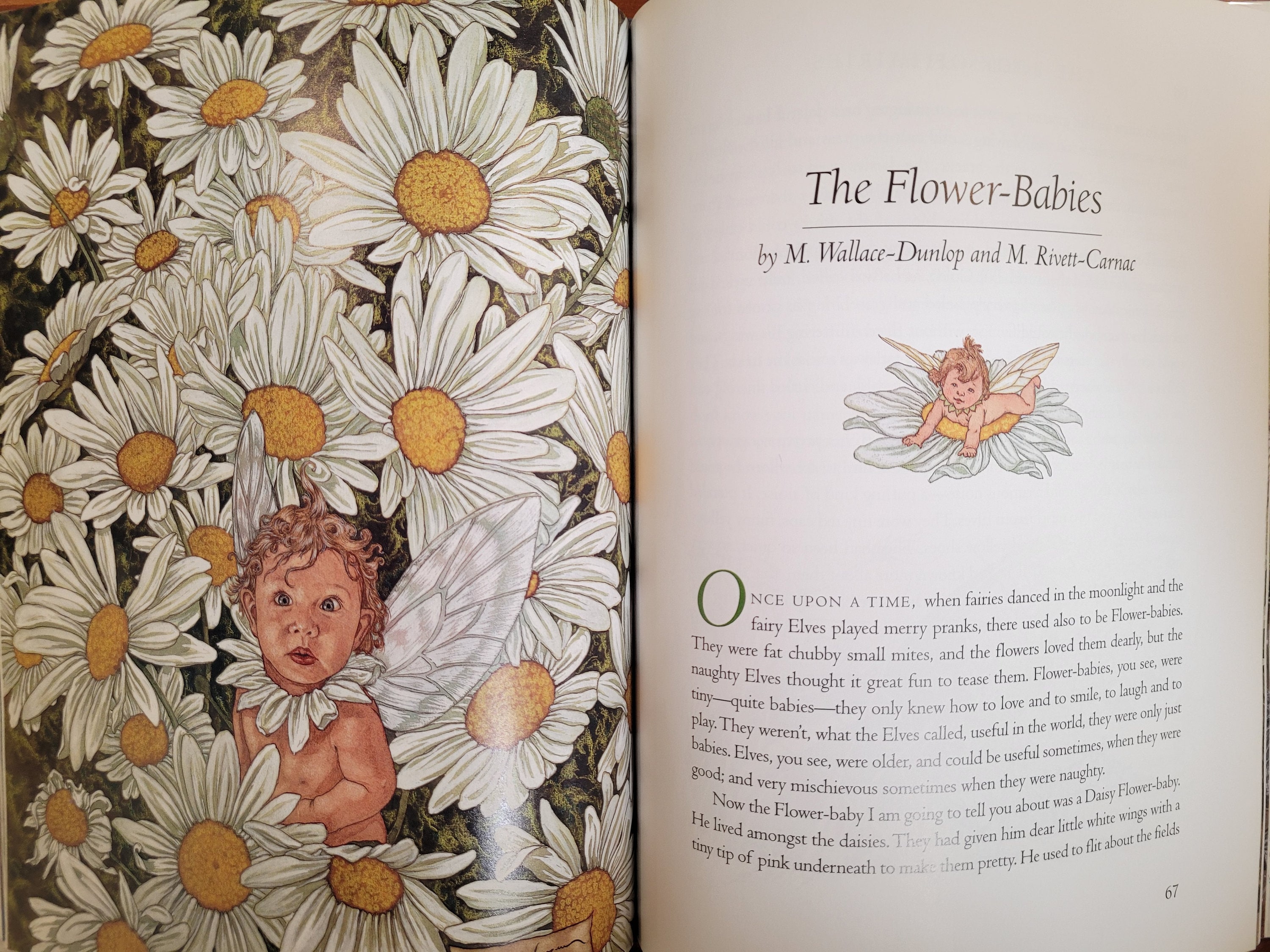 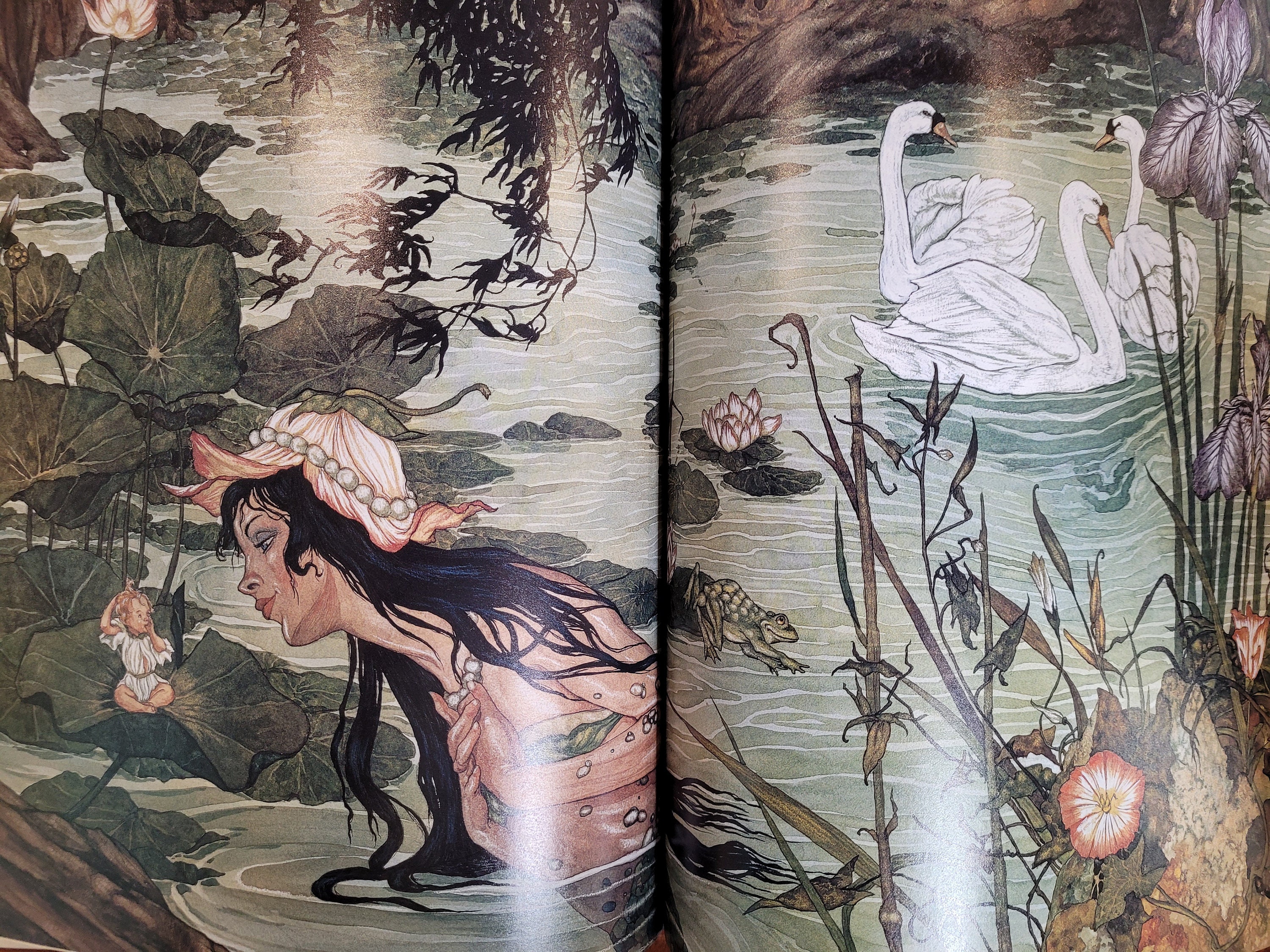 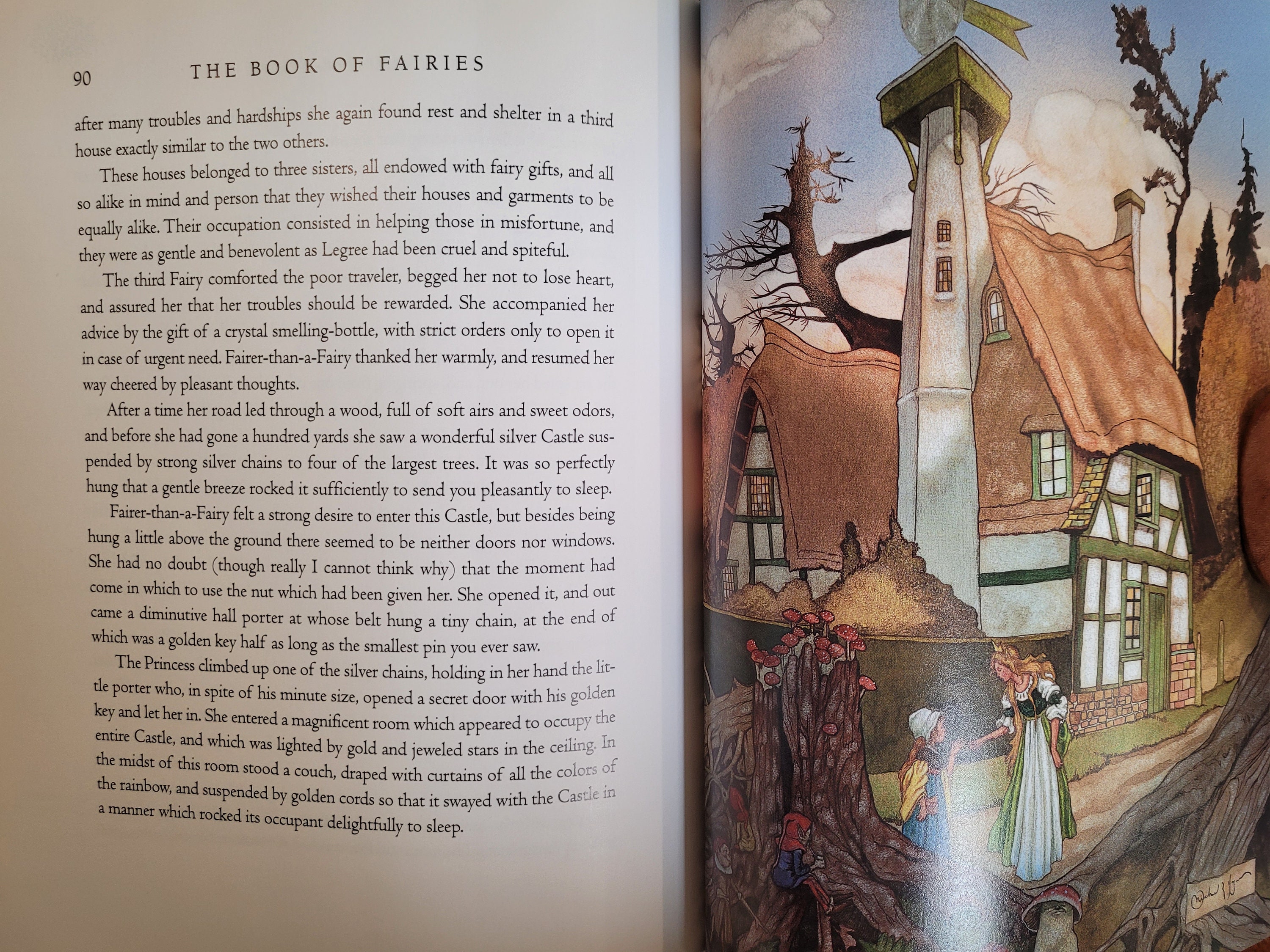 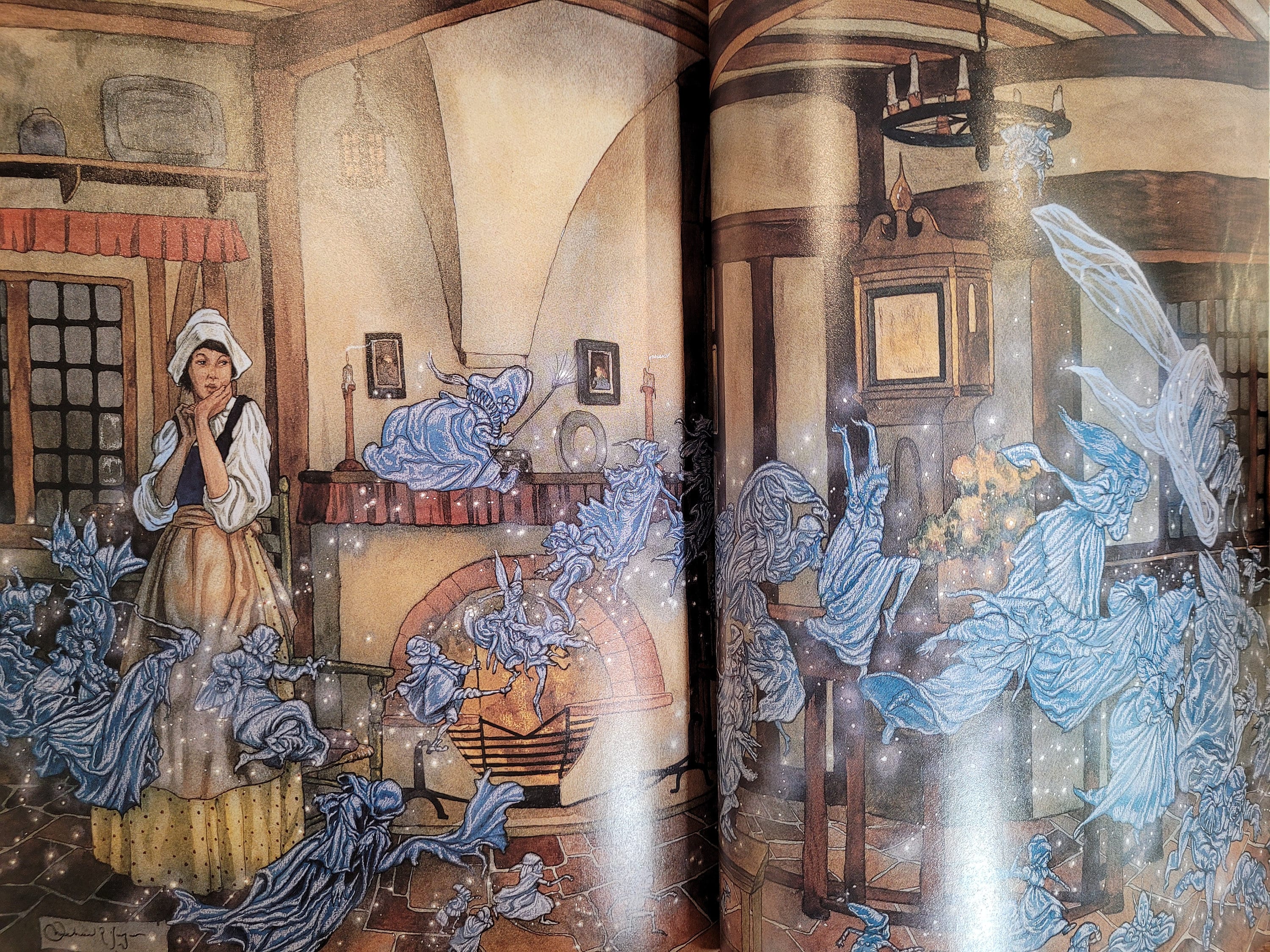 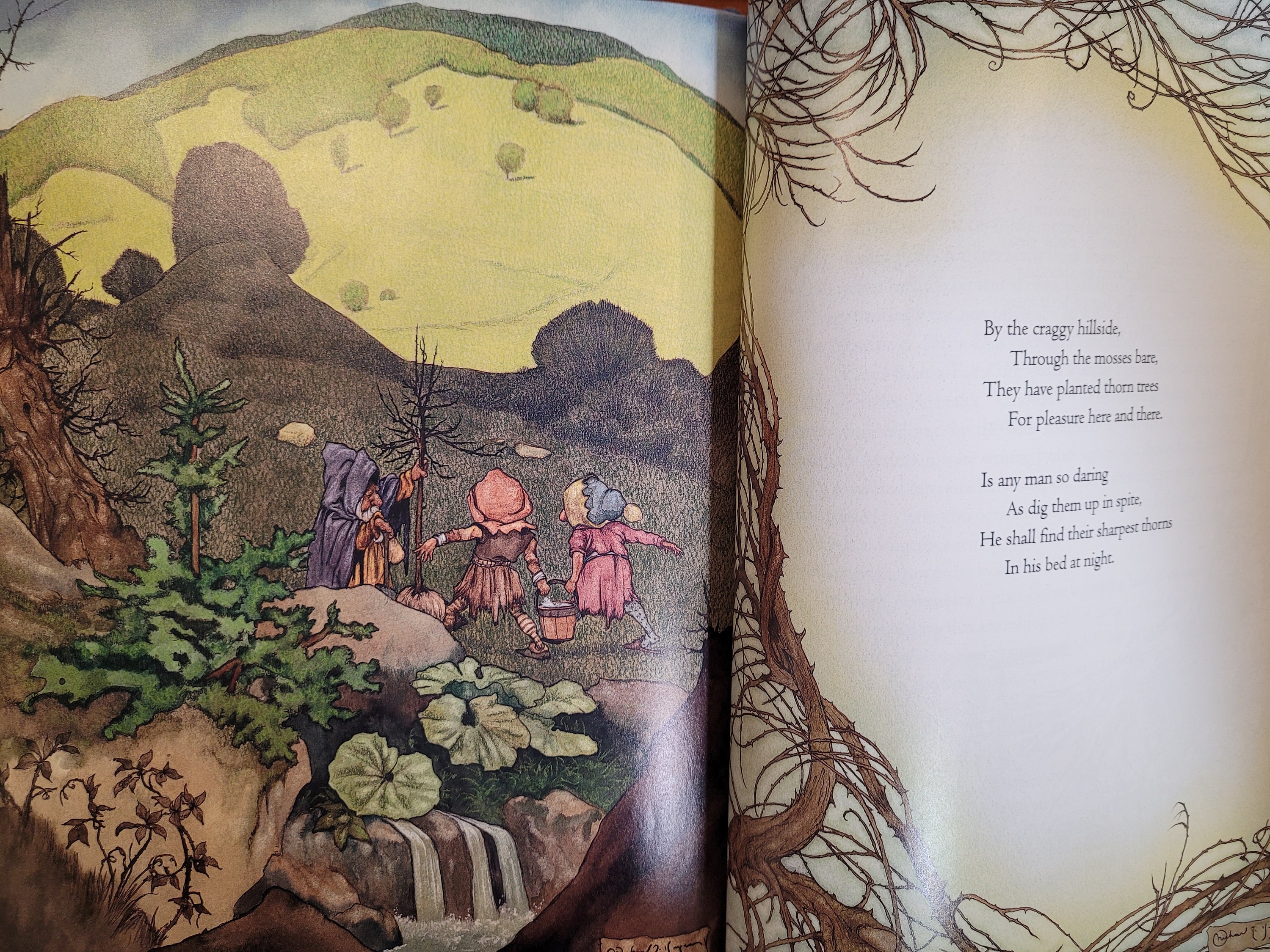 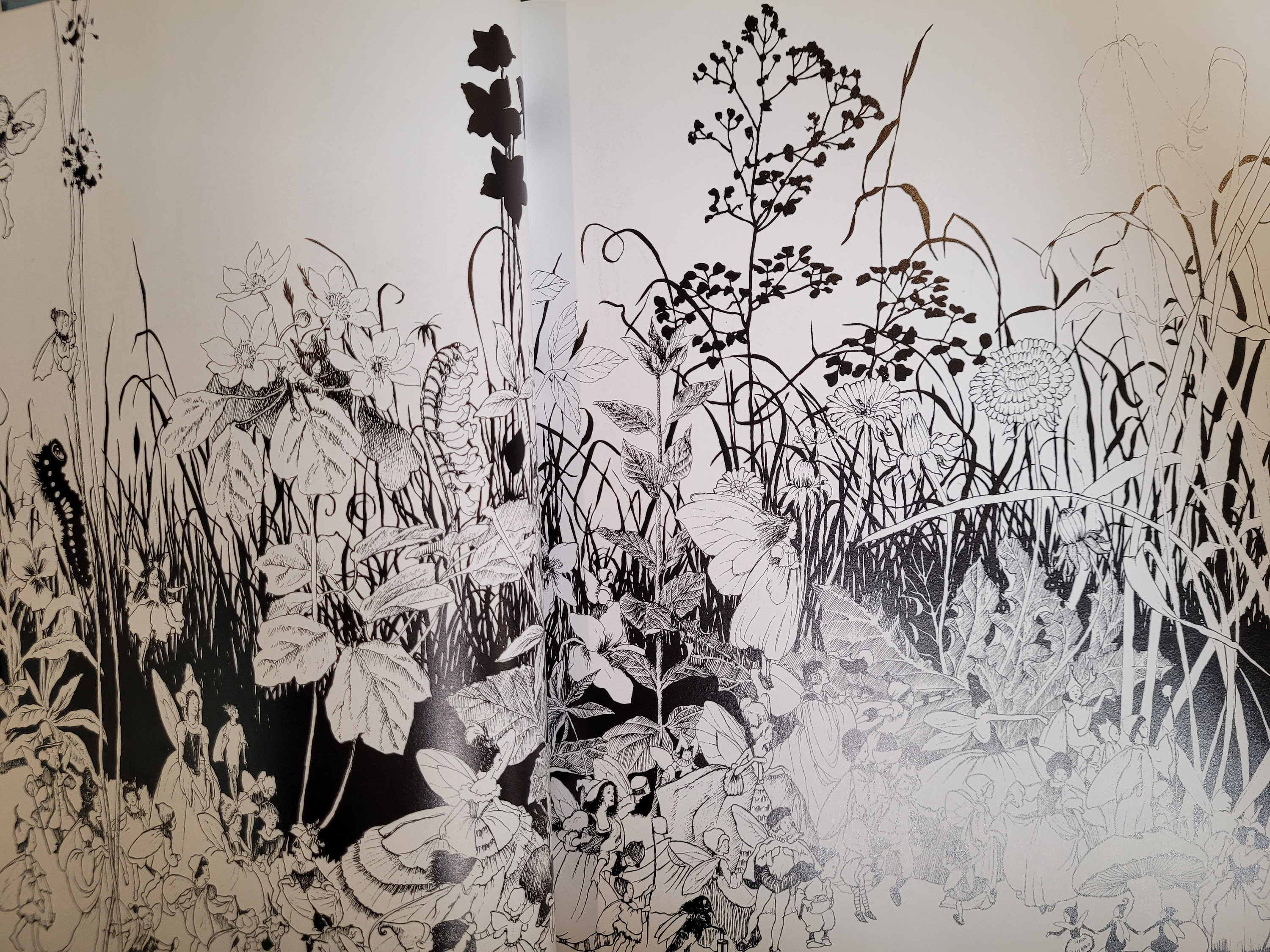 Special! Author signed first edition of The Book of Fairies by Michael Hague, with ink sketch of a fairy accompanying the inscription.

On the half-title page, Michael Hague inscribed the book to a sweet girl named Cassidy and sketched a girl fairy holding a flower.

"It is frightfully difficult to know much about the fairies, and almost the only thing known for certain is that there are fairies wherever there are children. Long ago children were forbidden the Gardens, and at that time there was not a fairy in the place; then the children were admitted, and the fairies came trooping in that very evening. They can't resist following the children, but you seldom see them, partly because they live in the daytime behind the railings, where you are not allowed to go, and also partly because they are so cunning. They are not a bit cunning after Lock-out, but after Lock-out, my word!"

"In his illustrations for this rich and varied collection, Michael Hague, one of America's most beloved painters of fantasy, creates a fabled world that belongs to the fairies. There is the lost flower fairy Thumbelina, the cruel and clever goblins of Christina Rossetti's Goblin Market, and the invisible creatures of James Barrie's Lock-out Time. Readers will also meet a helpful Brownie, a girl with an unlucky name, and two elves who act like playground bullies!"

Artist Michael Hague (1948 - ) has illustrated many children's books but is best known for the 1984 edition of The Hobbit, The Wizard of Oz, The Book of Fairies, The Wind in The Willows, and the Enchanted World series.