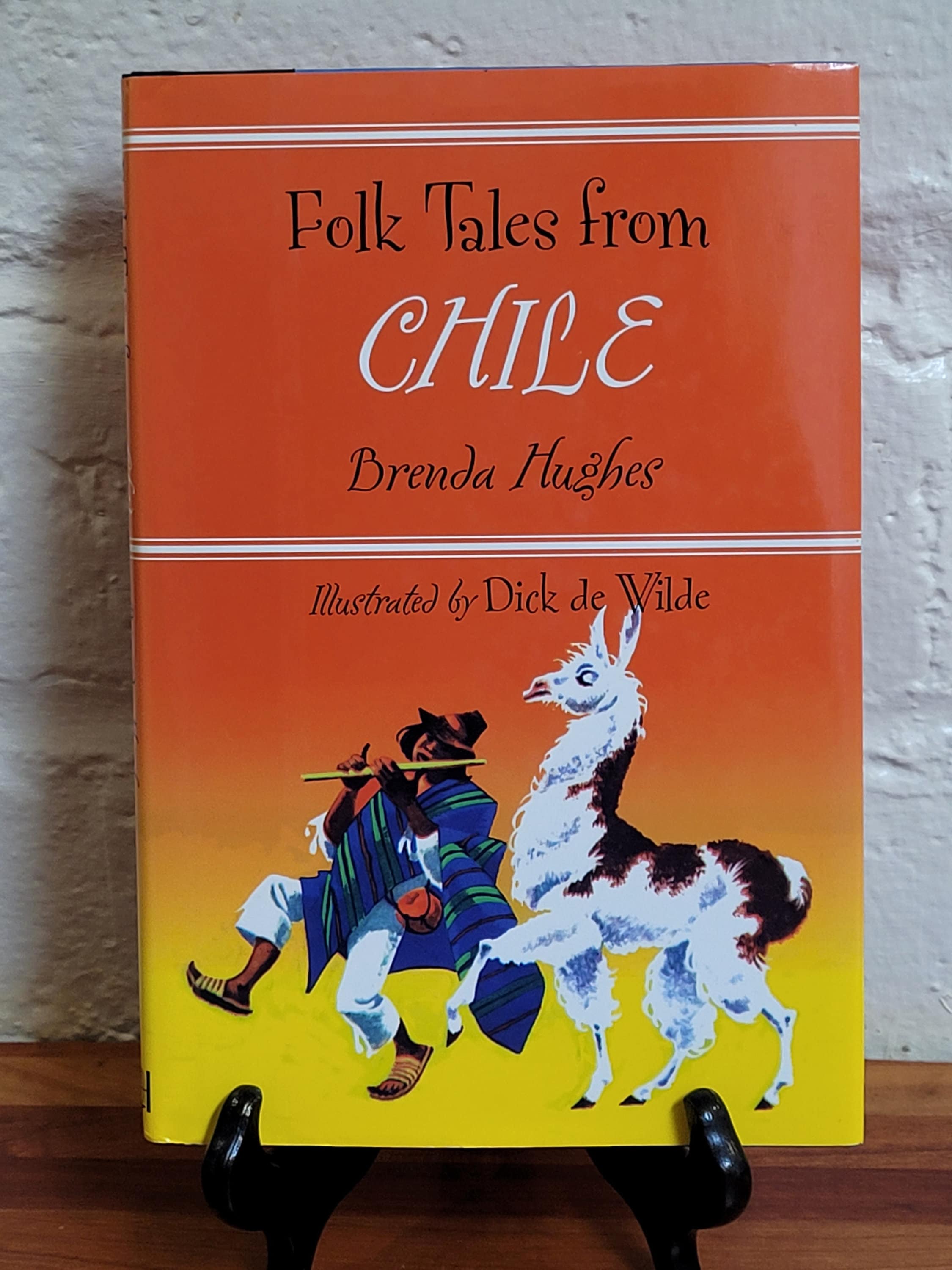 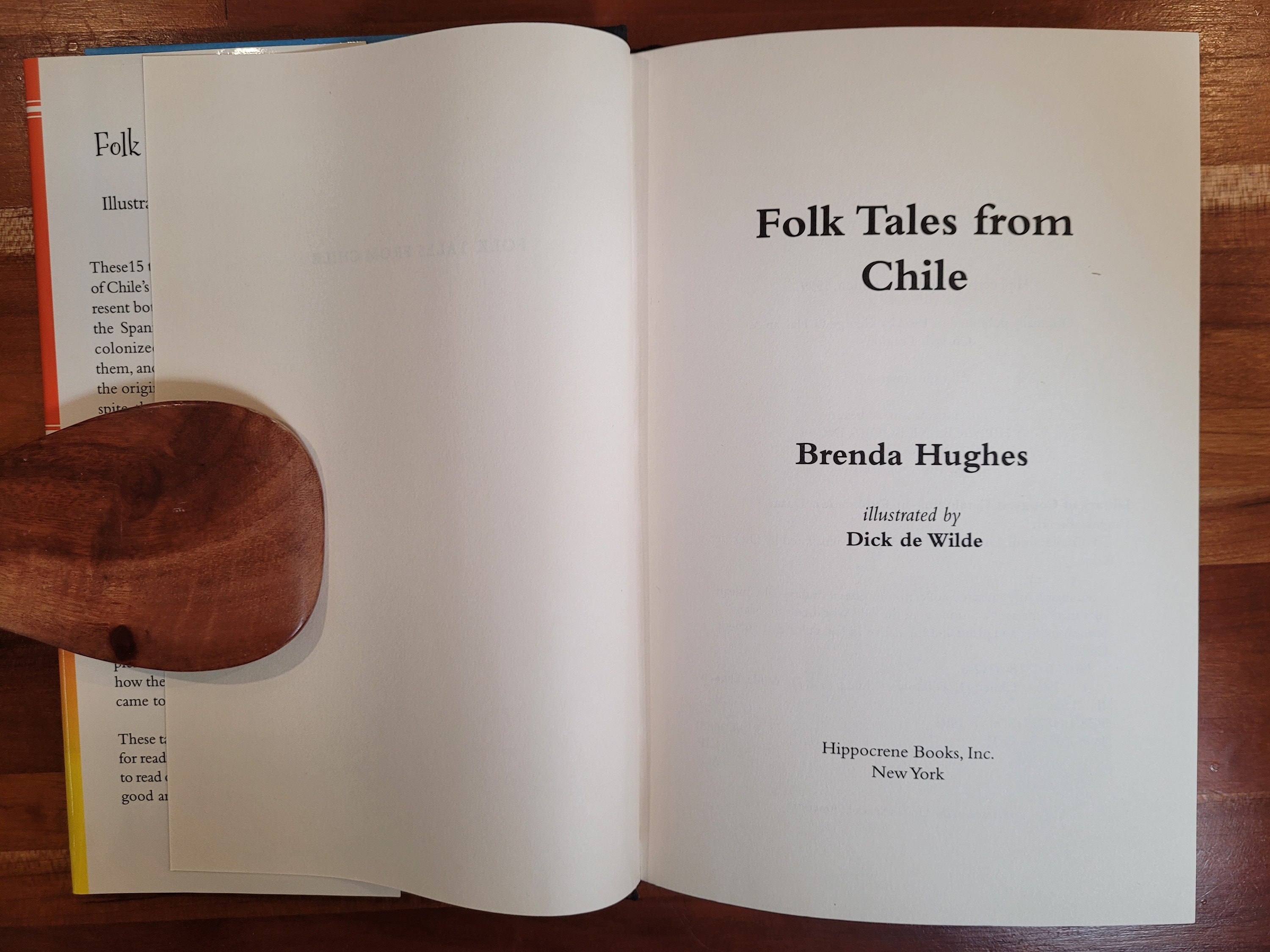 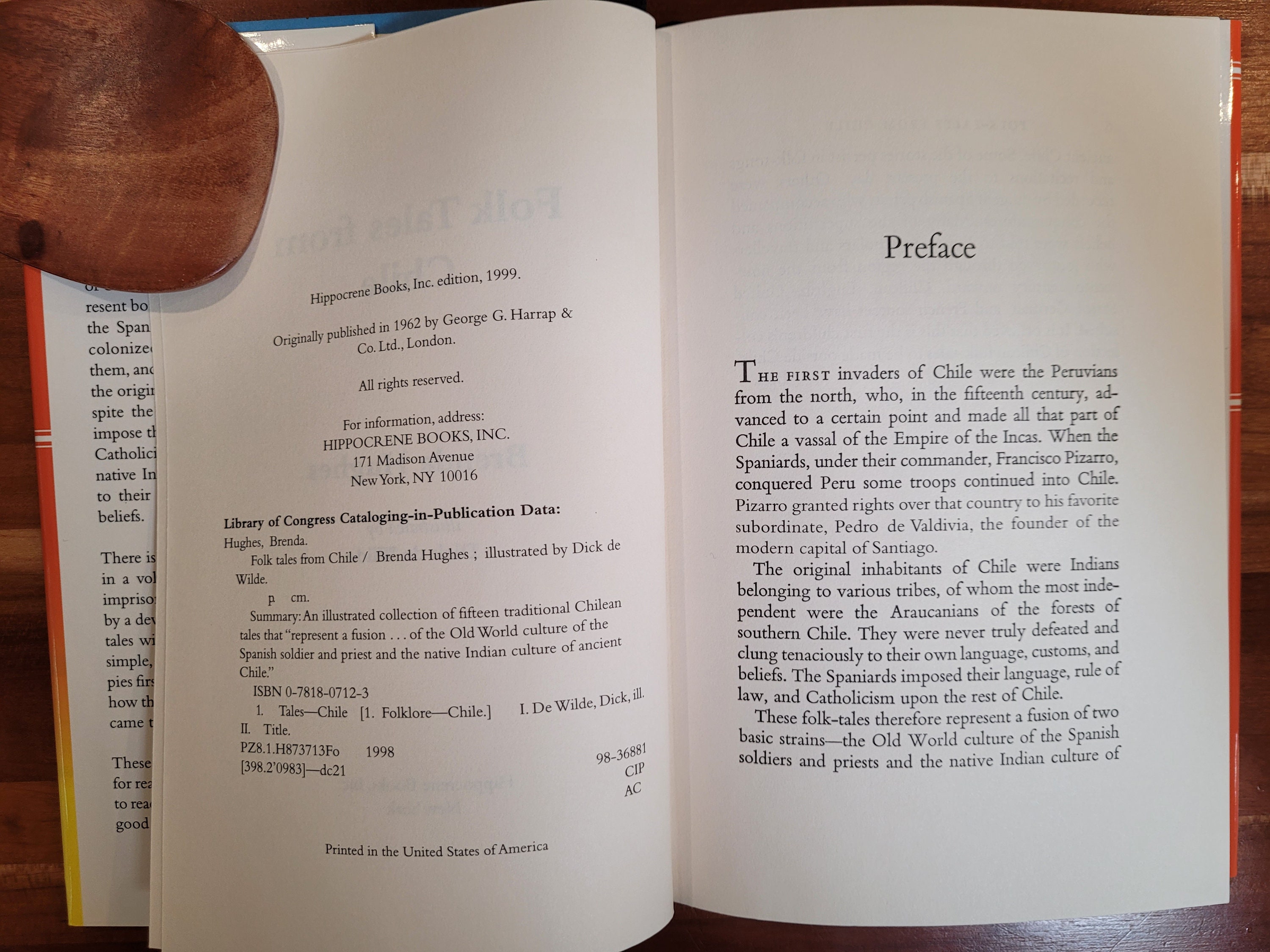 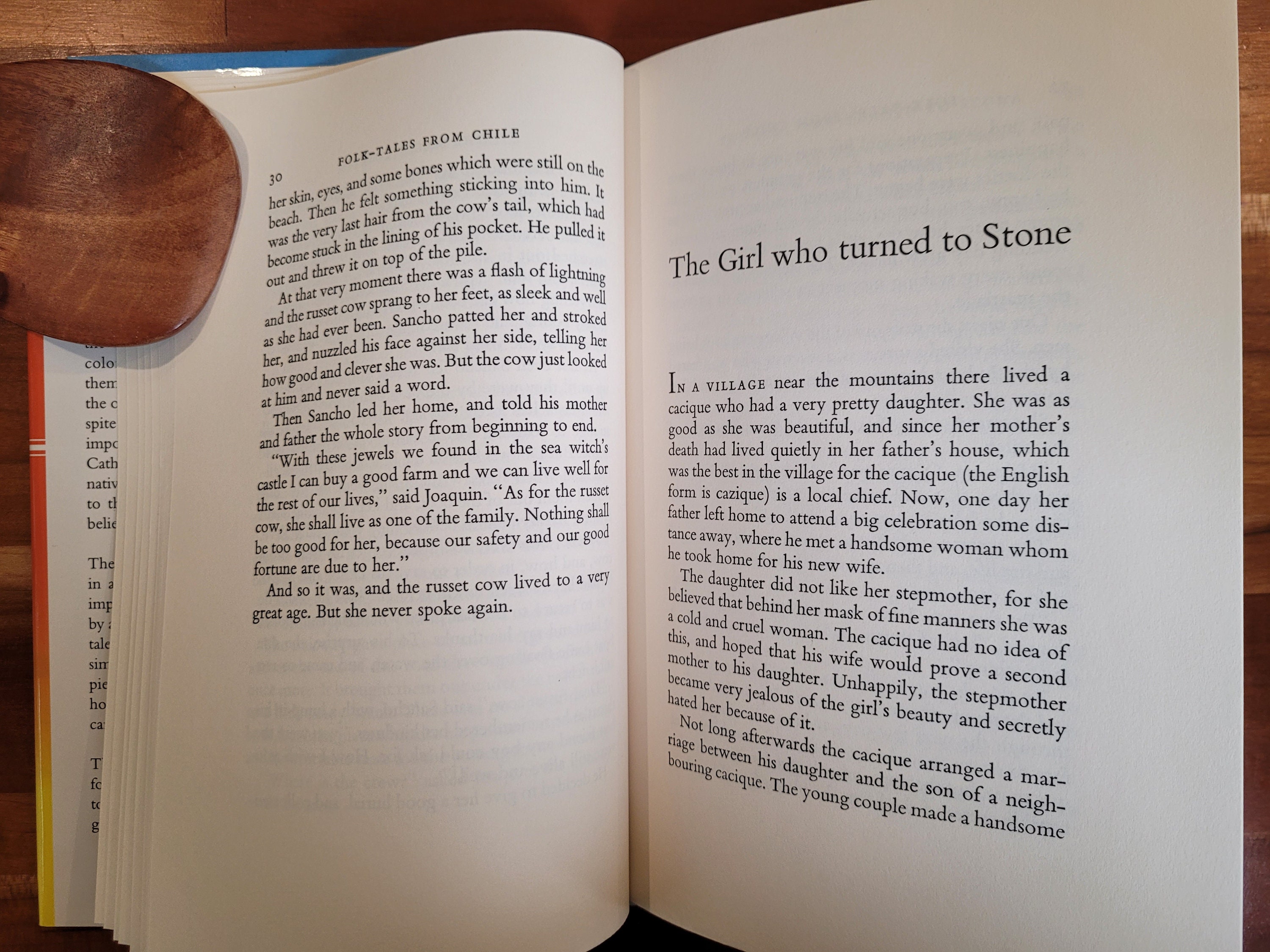 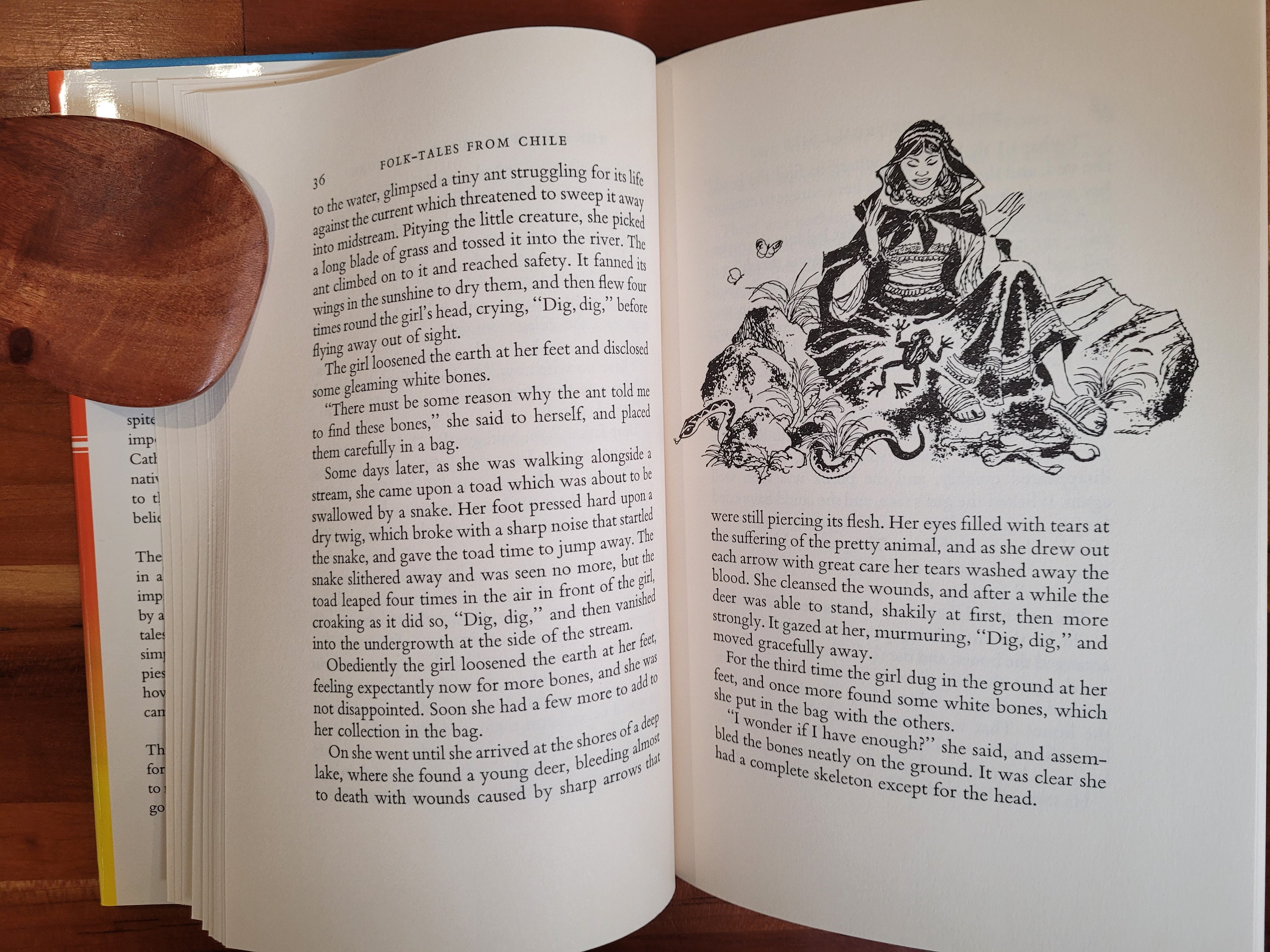 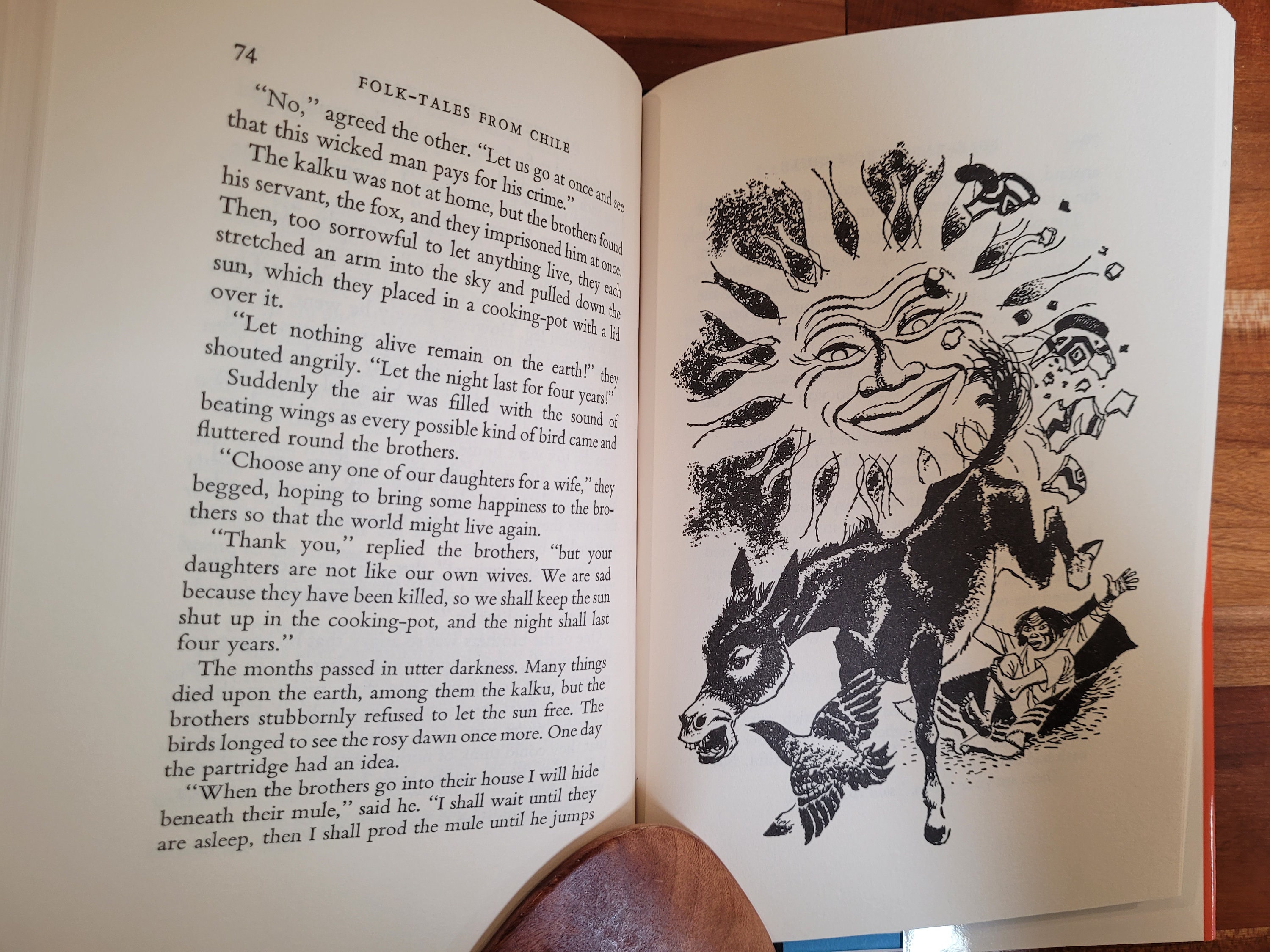 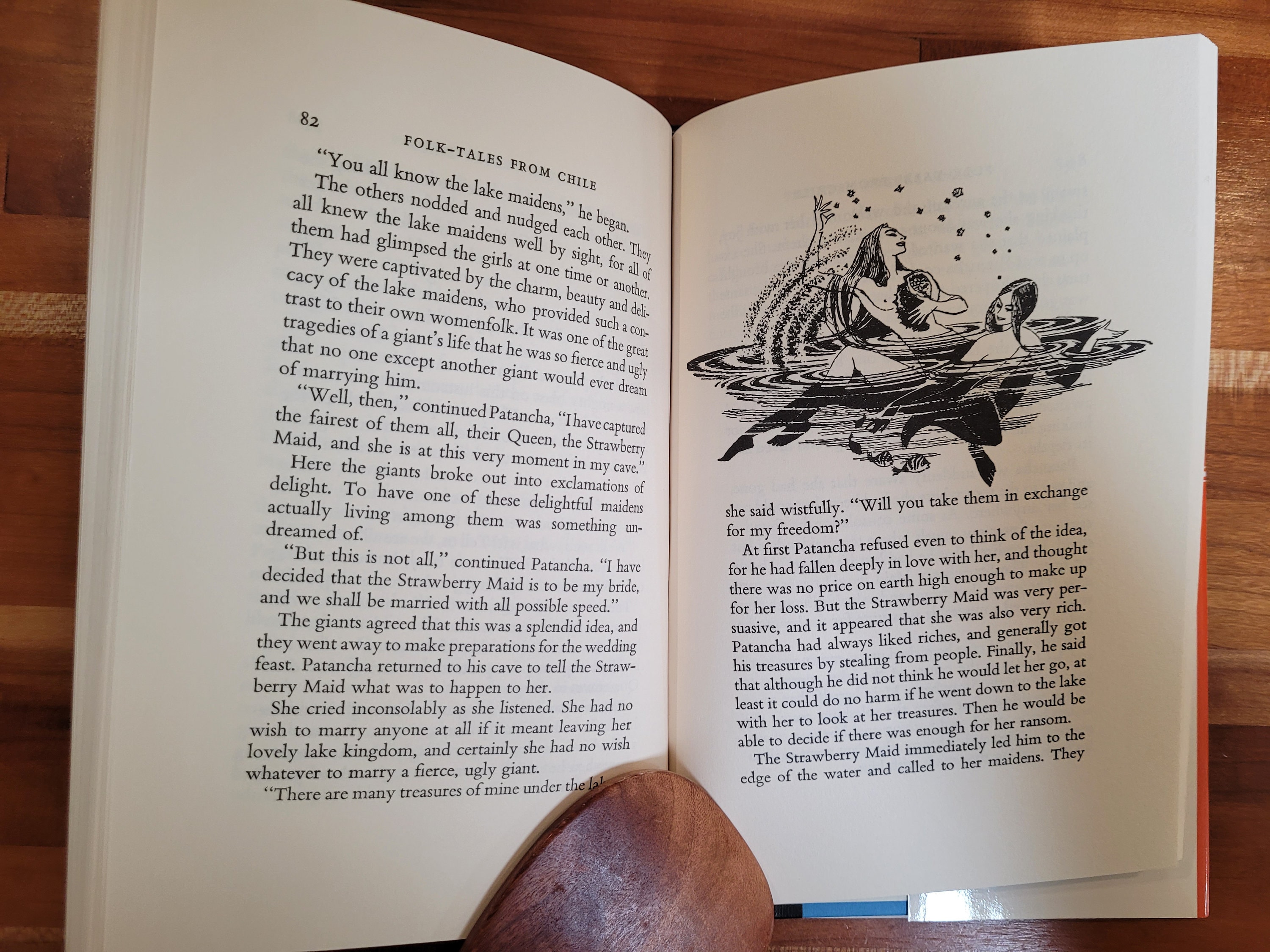 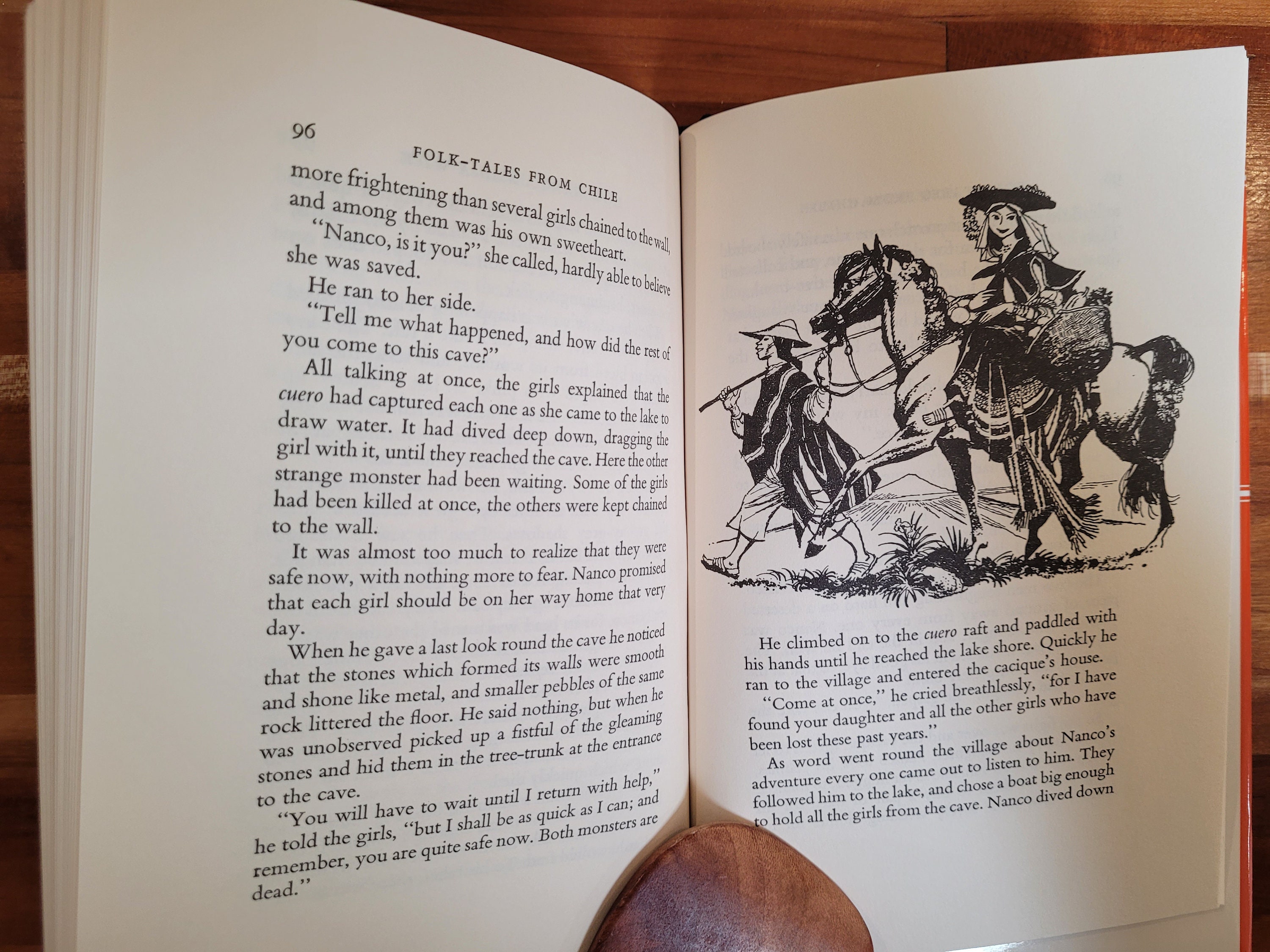 1999 edition of Folk Tales From Chile by Brenda Hughes, originally published in 1962.

"The original inhabitants of Chile were Indians belonging to various tribes, of whom the most independent were the Araucanians of the forests of southern Chile. They were never truly defeated and clung tenaciously to their own language, customs, and beliefs. The Spaniards imposed their language, rule of law, and Catholicism on the rest of Chile.

"These folk-tales therefore represent a fusion of two basic strains - the Old World culture of the Spanish soldiers and priests and the native Indian culture of ancient Chile. Some of the stories persist in folk-songs and recitations to the present day. ... It is believed that this is the first children's collection of Chilean folk-tales to be made outside Chile."

"There once lived a village sorcerer, or kalku, who had two daughters. Unlike the machi, who is a good witch, the kalku often uses his magic powers for his own selfish purposes, and many simple villagers fear him. Day by day the daughters grew more beautiful, and their father was well pleased.

"When they grow up I shall look out for two strong young men," he said to himself, "who will work for me in return for marrying my daughters."