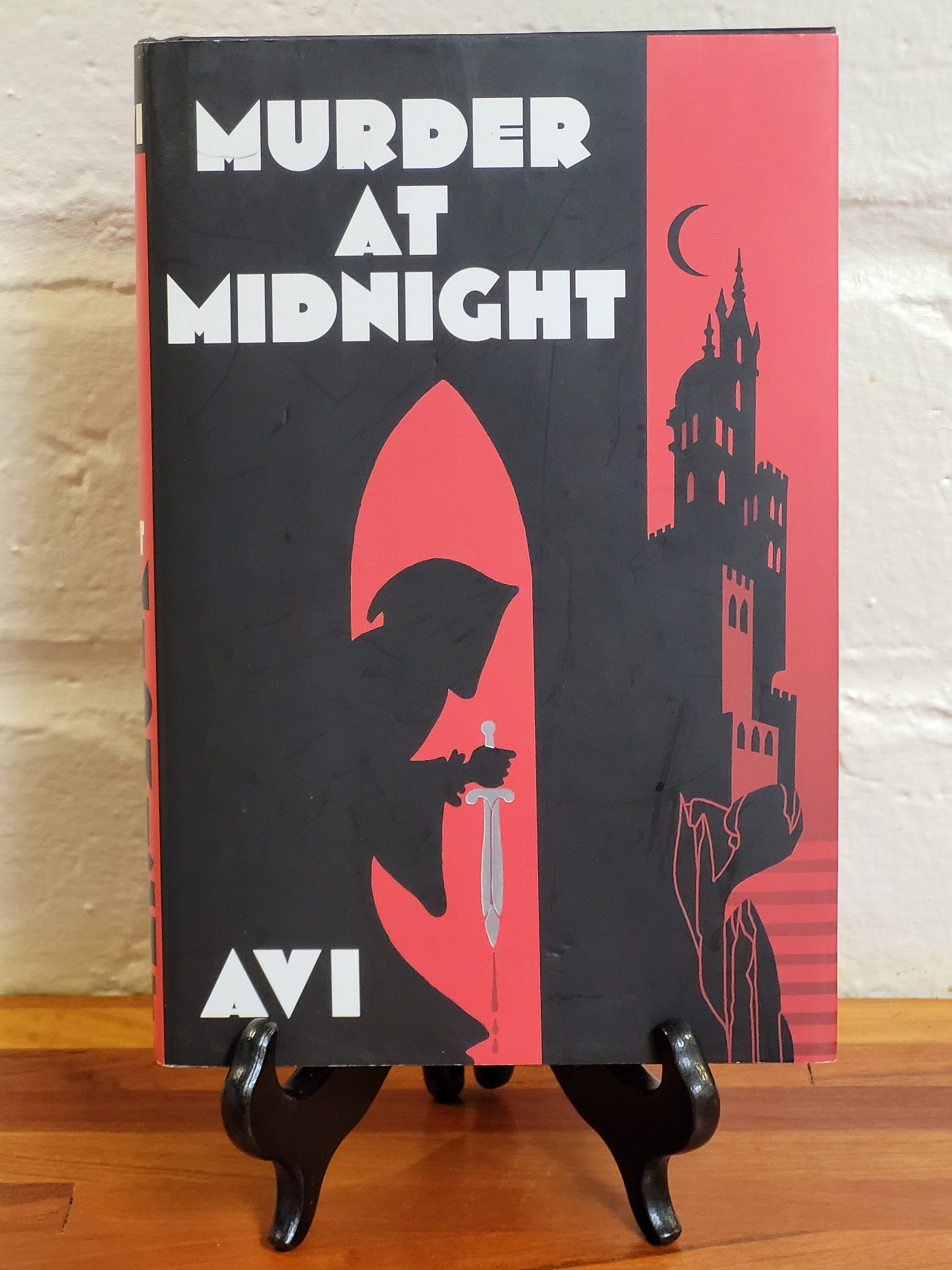 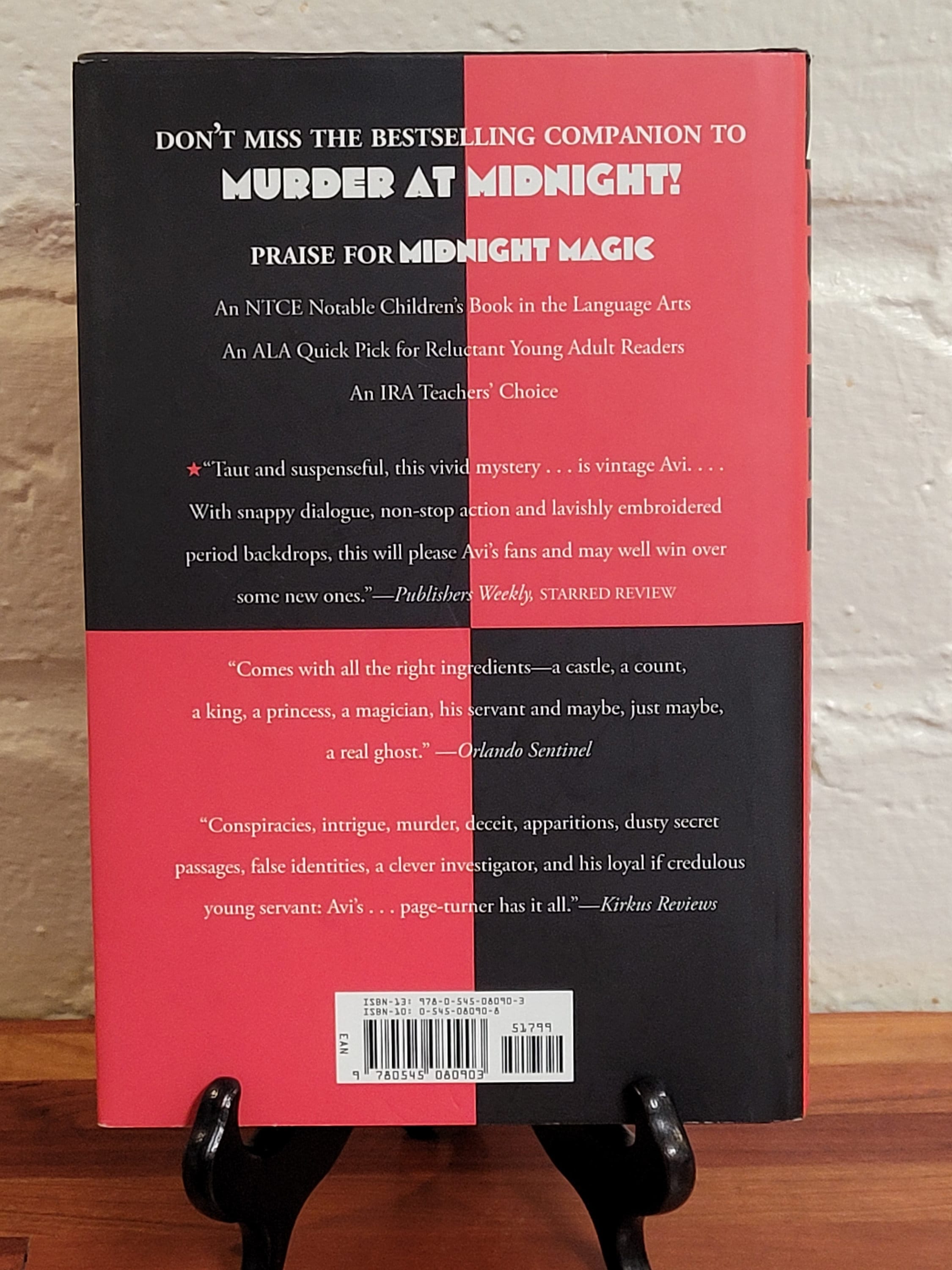 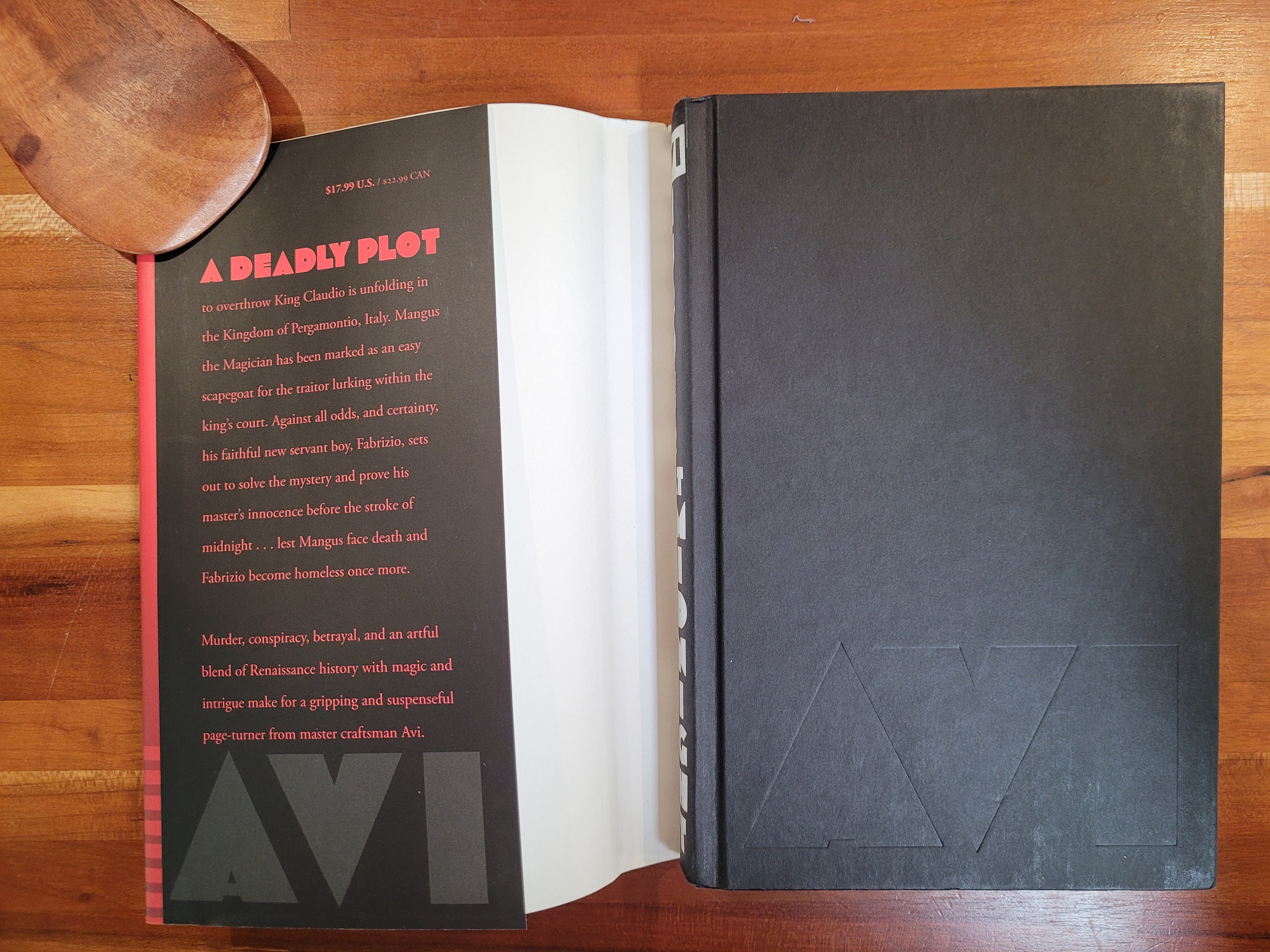 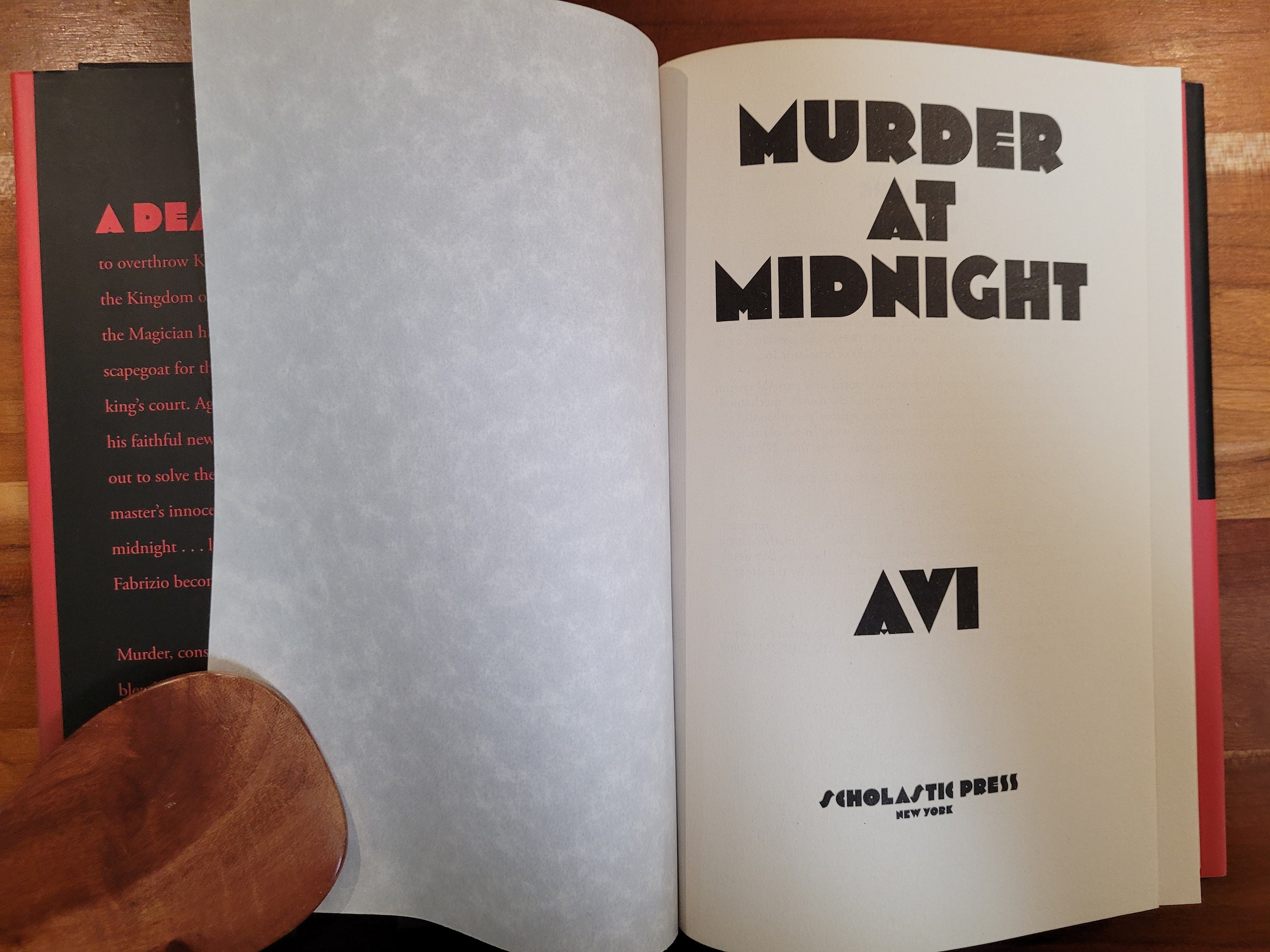 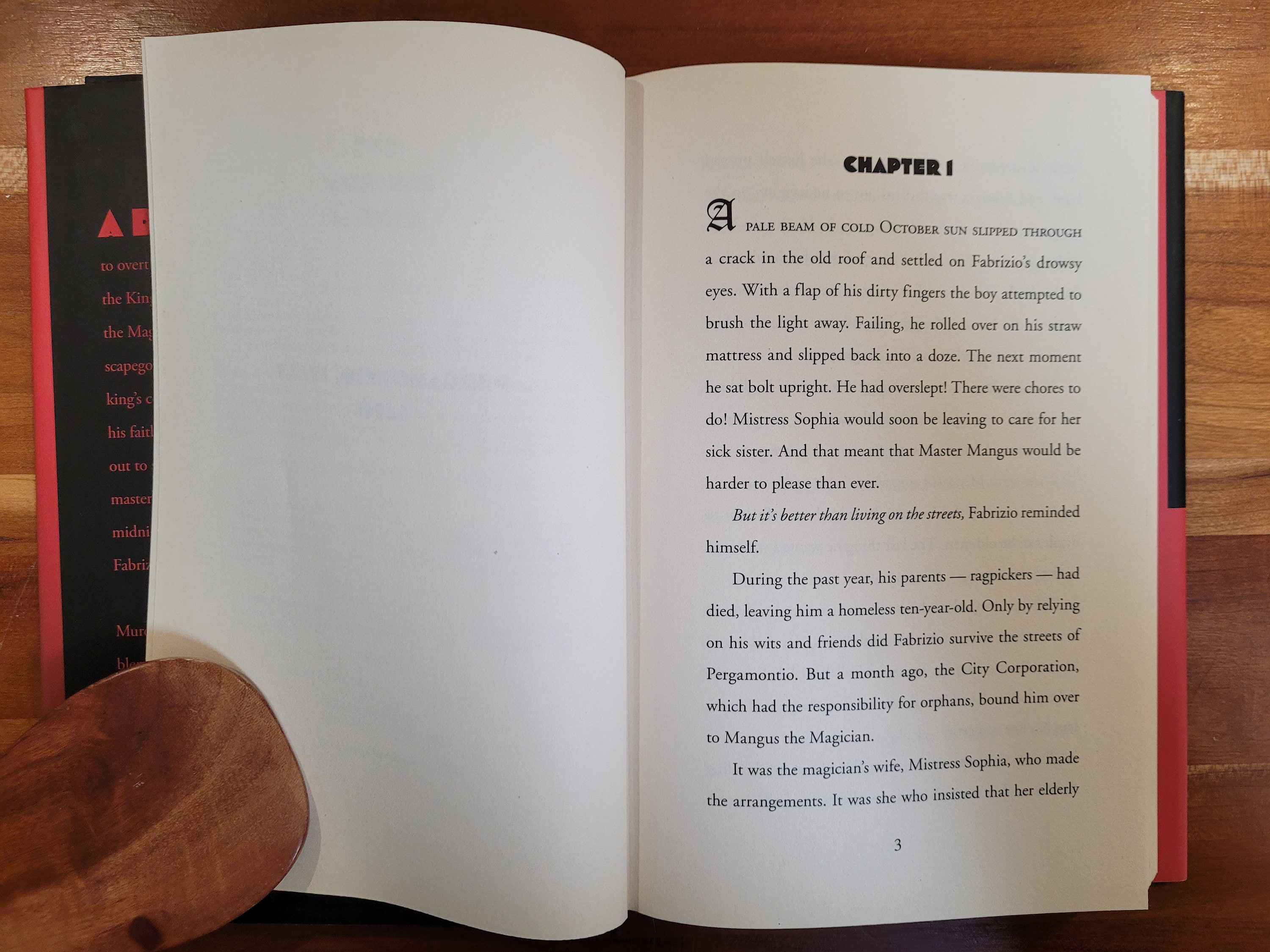 2009 first edition of "Murder at Midnight" by Avi, the prequel to "Midnight Magic".

"Murder at Midnight" is the prequel to "Midnight Magic", published in 1999.

CHAPTER I
"A pale beam of cold October sun slipped through a crack in the old roof and settled on Fabrizio's drowsy eyes. With a flap of his dirty fingers the boy attempted to brush the light away. Failing, he rolled over on his straw mattress and slipped back into a doze. The next moment he sat bolt upright. He had overslept! There were chores to do! Mistress Sophia would soon be leaving to car for her sick sister. And that mean that Master Mangus would be harder to please than ever.

"But it's better than living on the streets, Fabrizio reminded himself."

"A deadly plot to overthrow King Claudio is unfolding in the Kingdom of Pergamontio, Italy. Mangus the Magician has been marked as an easy scapegoat for the traitor lurking within the king's court. Against all odds, and certainty, his faithful new servant boy, Fabrizio, sets out to solve the mystery and prove his master's innocence before the stroke of midnight...lest Mangus face death and Fabrizio become homeless once more."

Edward Irving Wortis (1937 - ), a.k.a. Avi, writes for children and young adults. Avi has written nearly 80 books, in all genres, including The True Confessions of Charlotte Doyle (Newbery Honor, 1991), Nothing But The Truth (Newbery Honor, 1992), and Crispin: The Cross of Lead (Newbery Medal, 2003). Book series include Crispin, Beyond the Western Sea, and Dimwood Forest (the Poppy books).