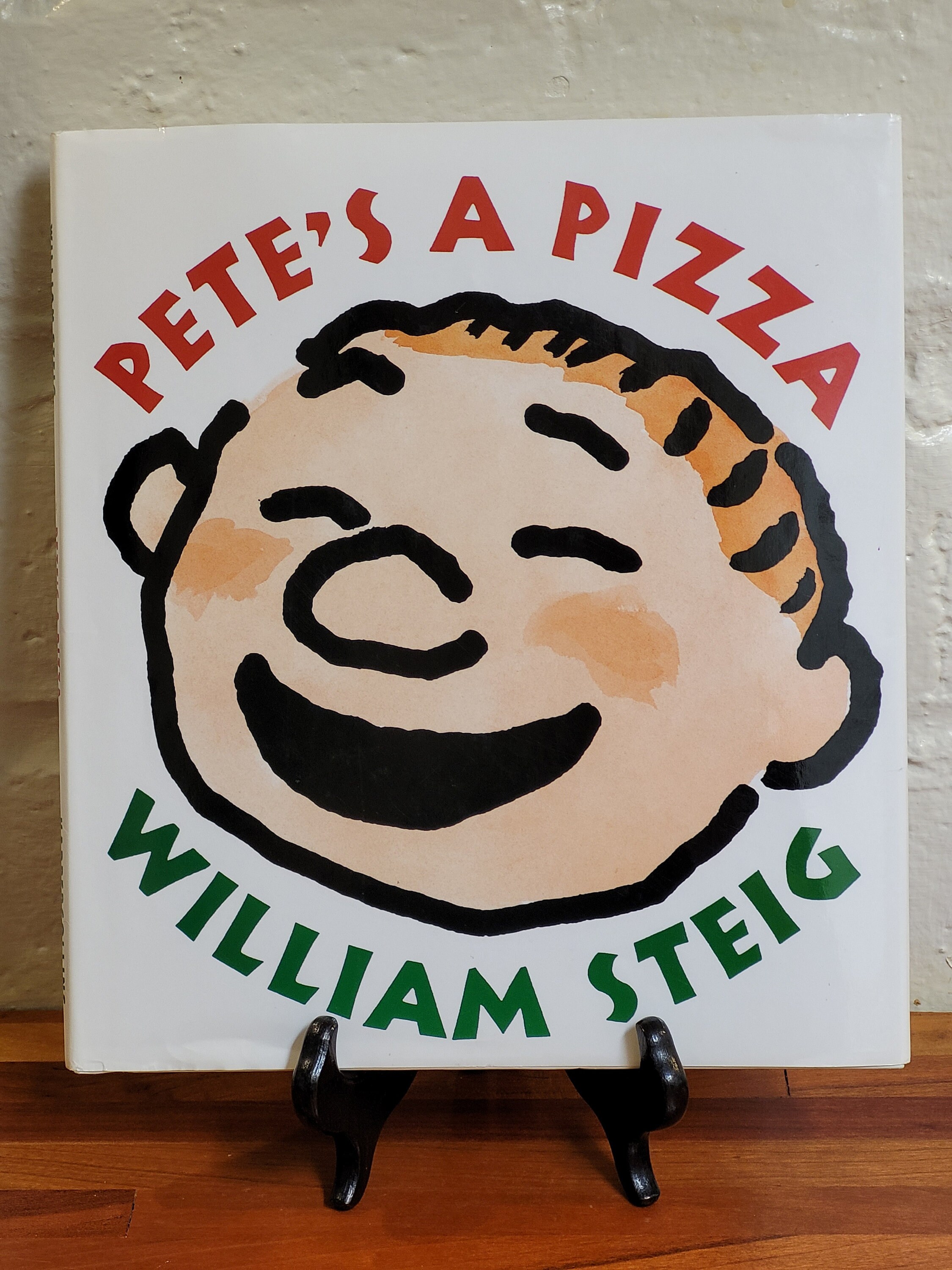 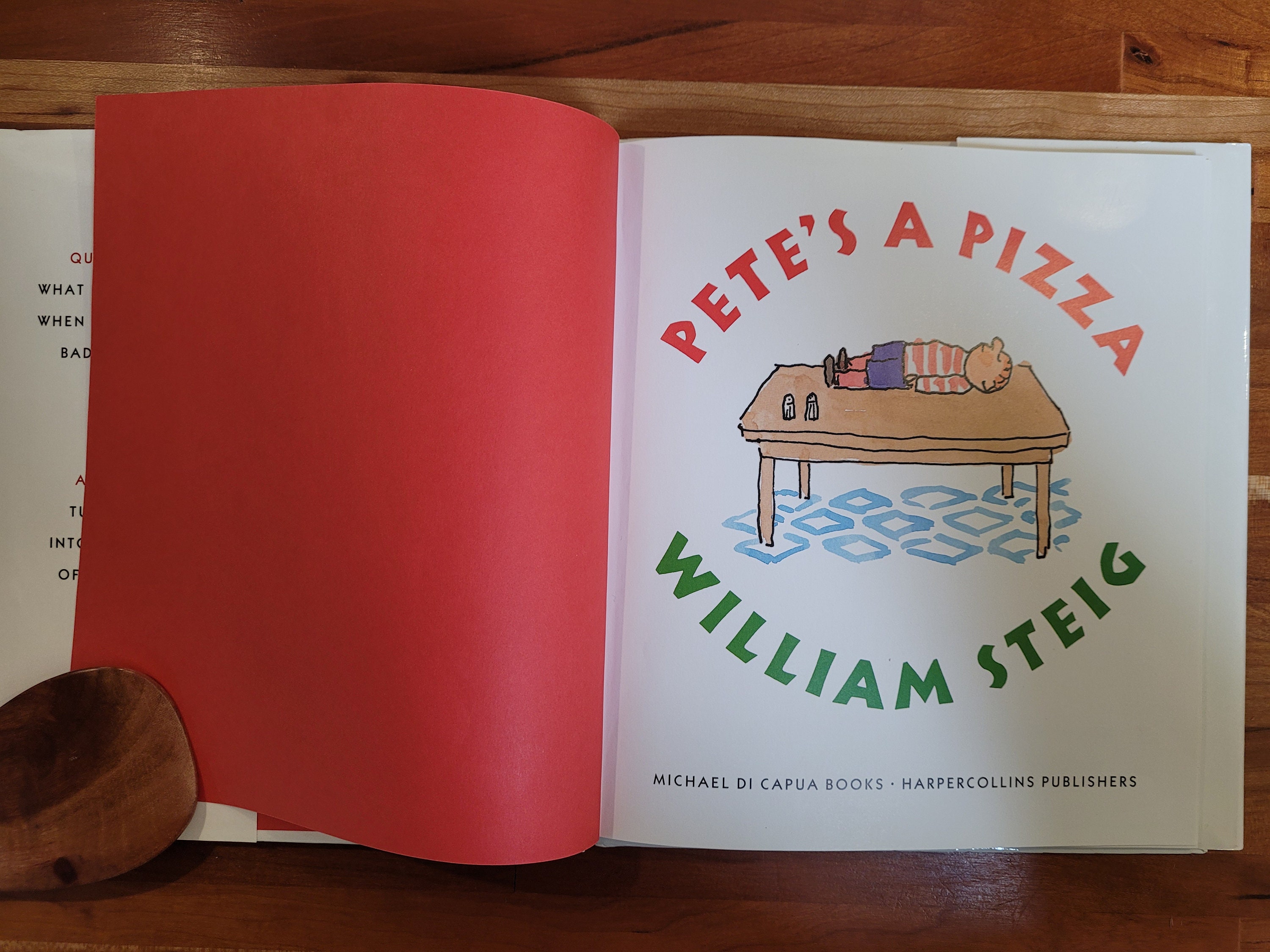 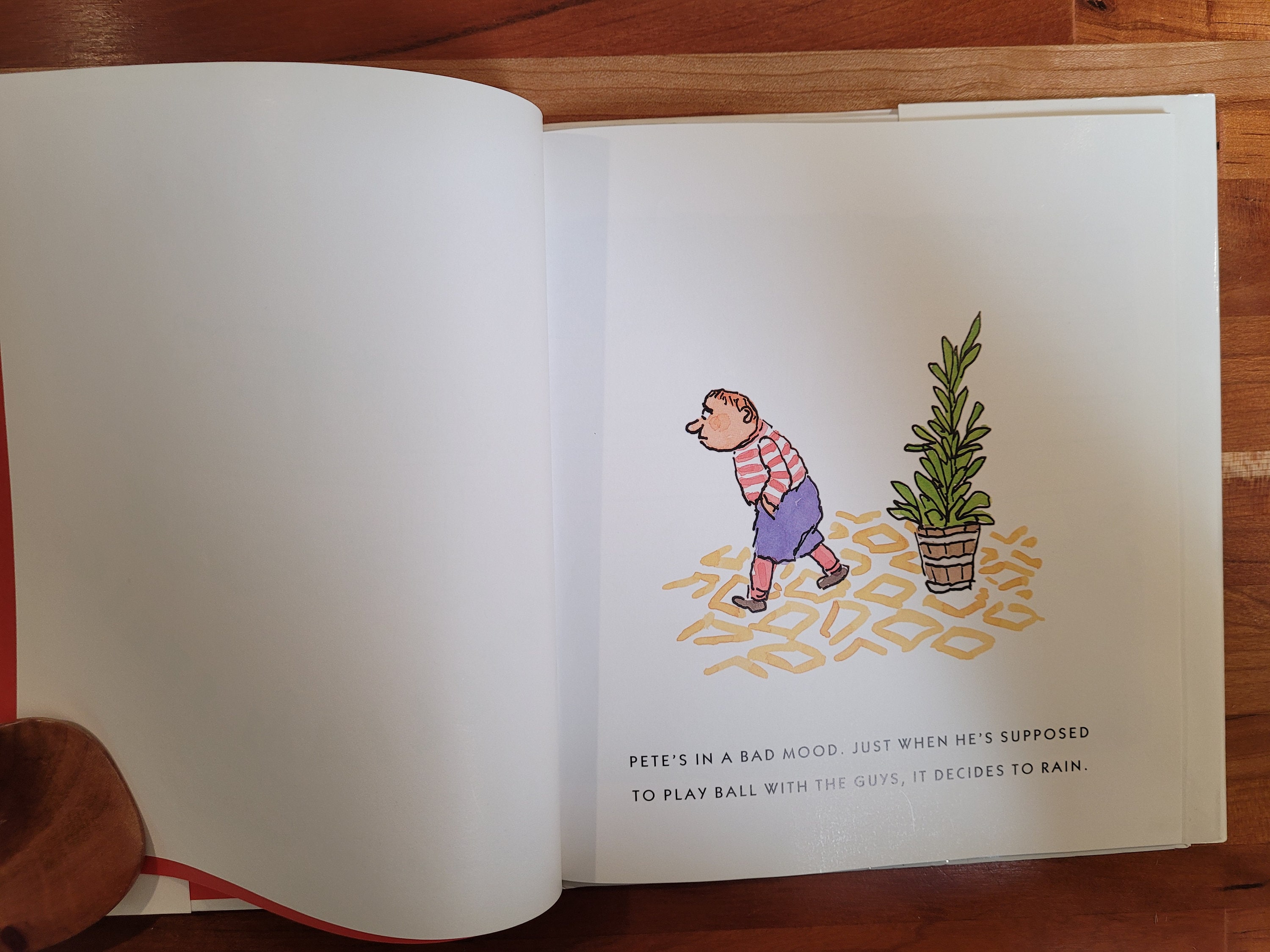 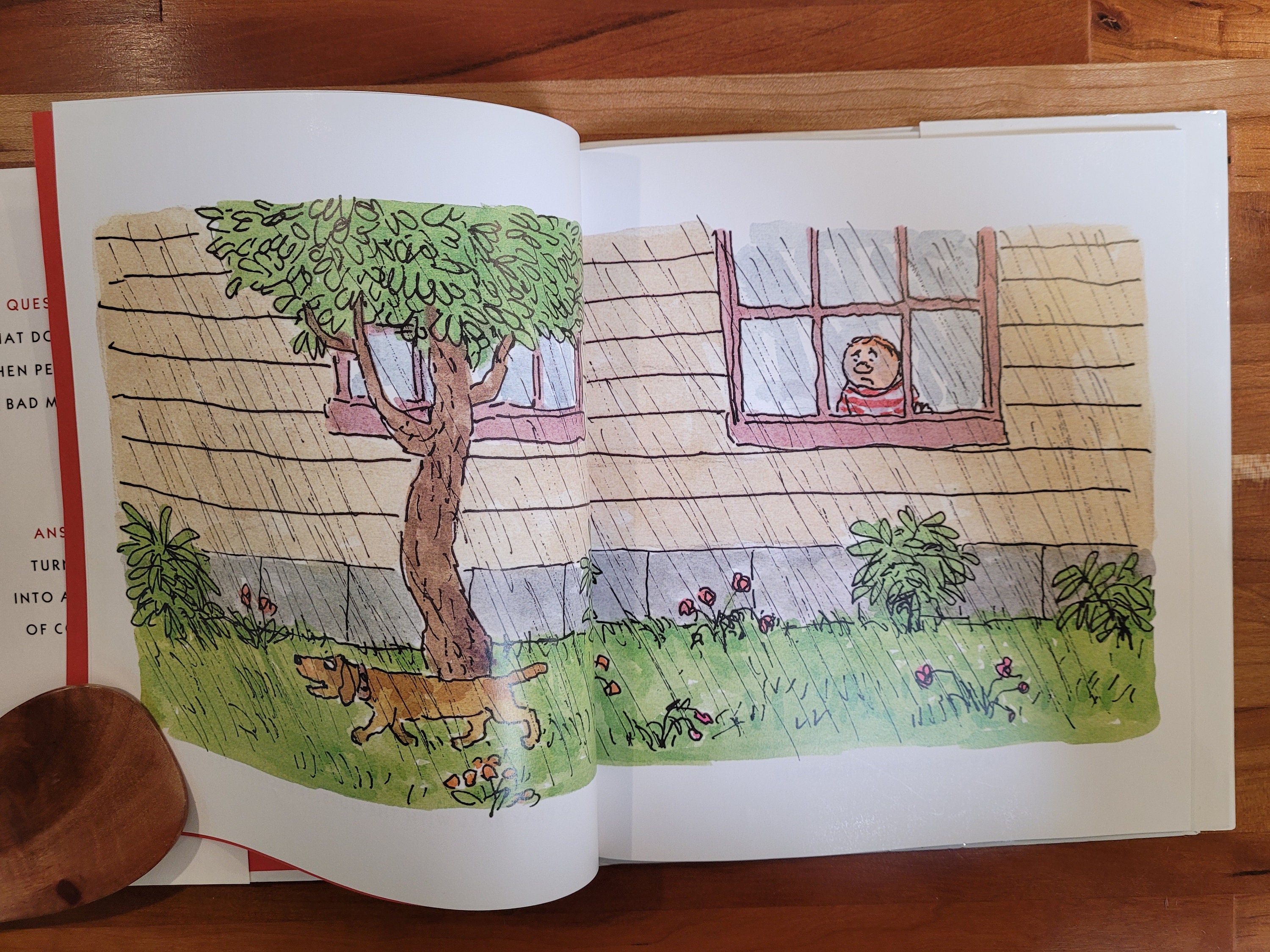 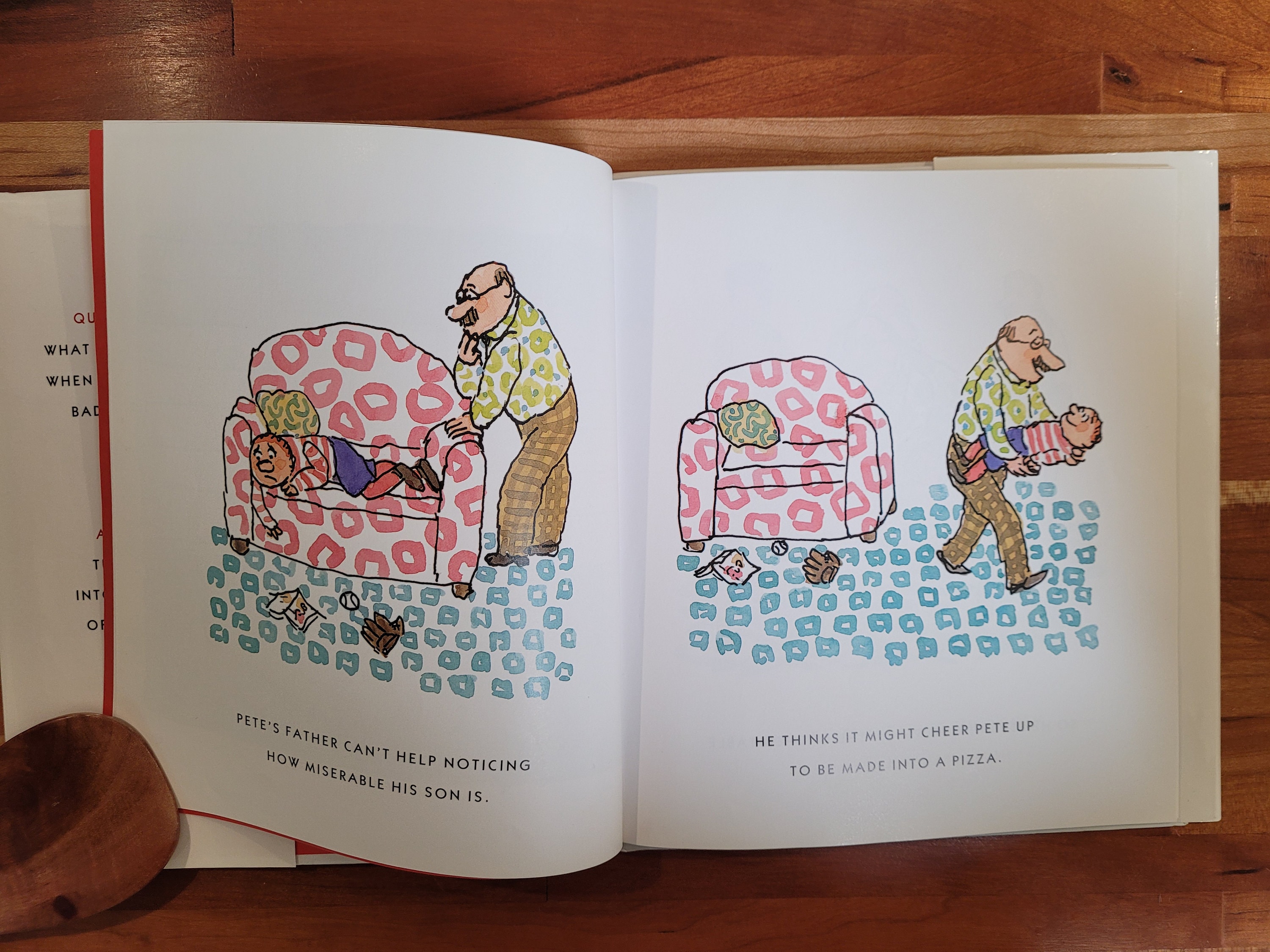 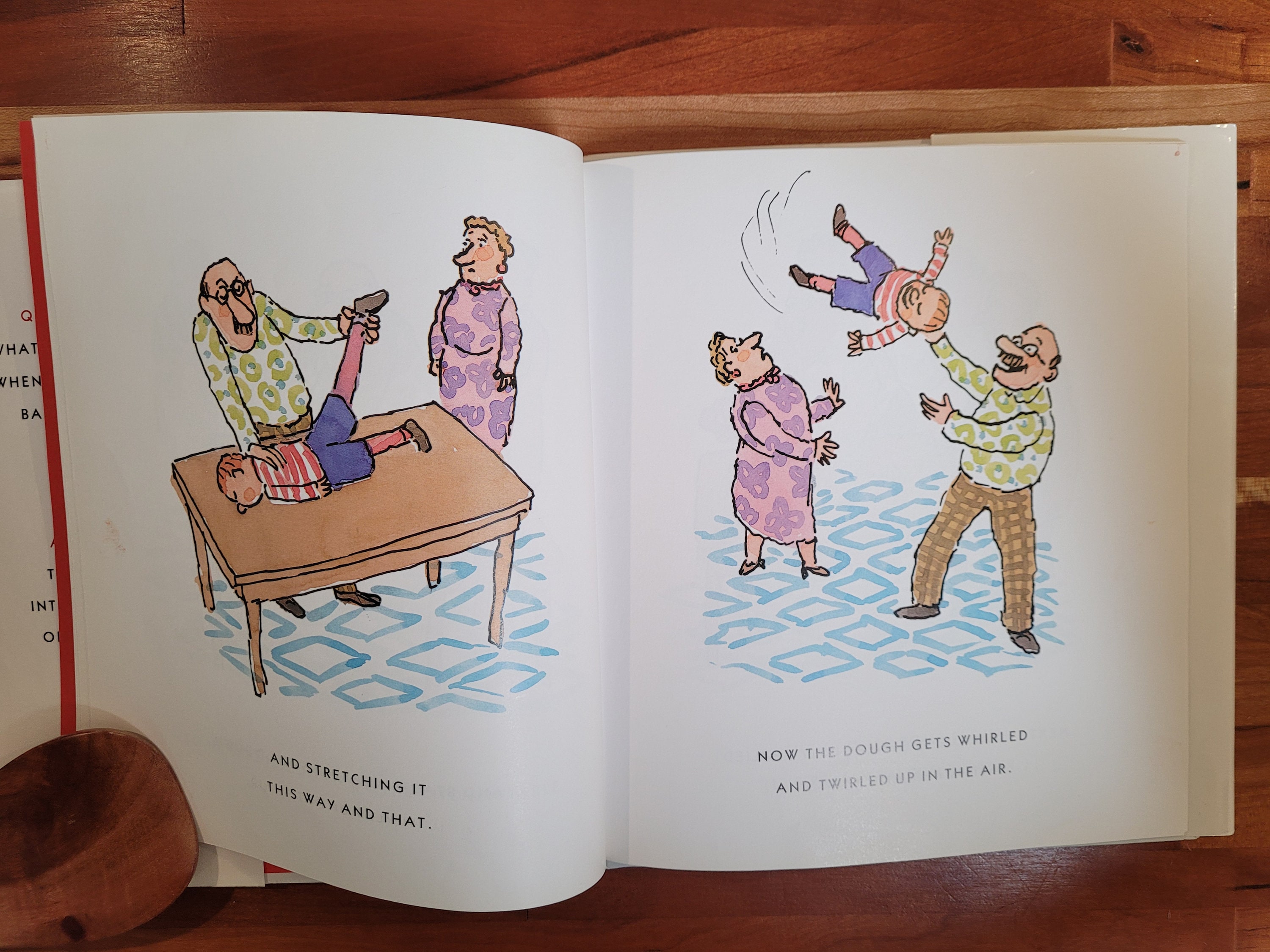 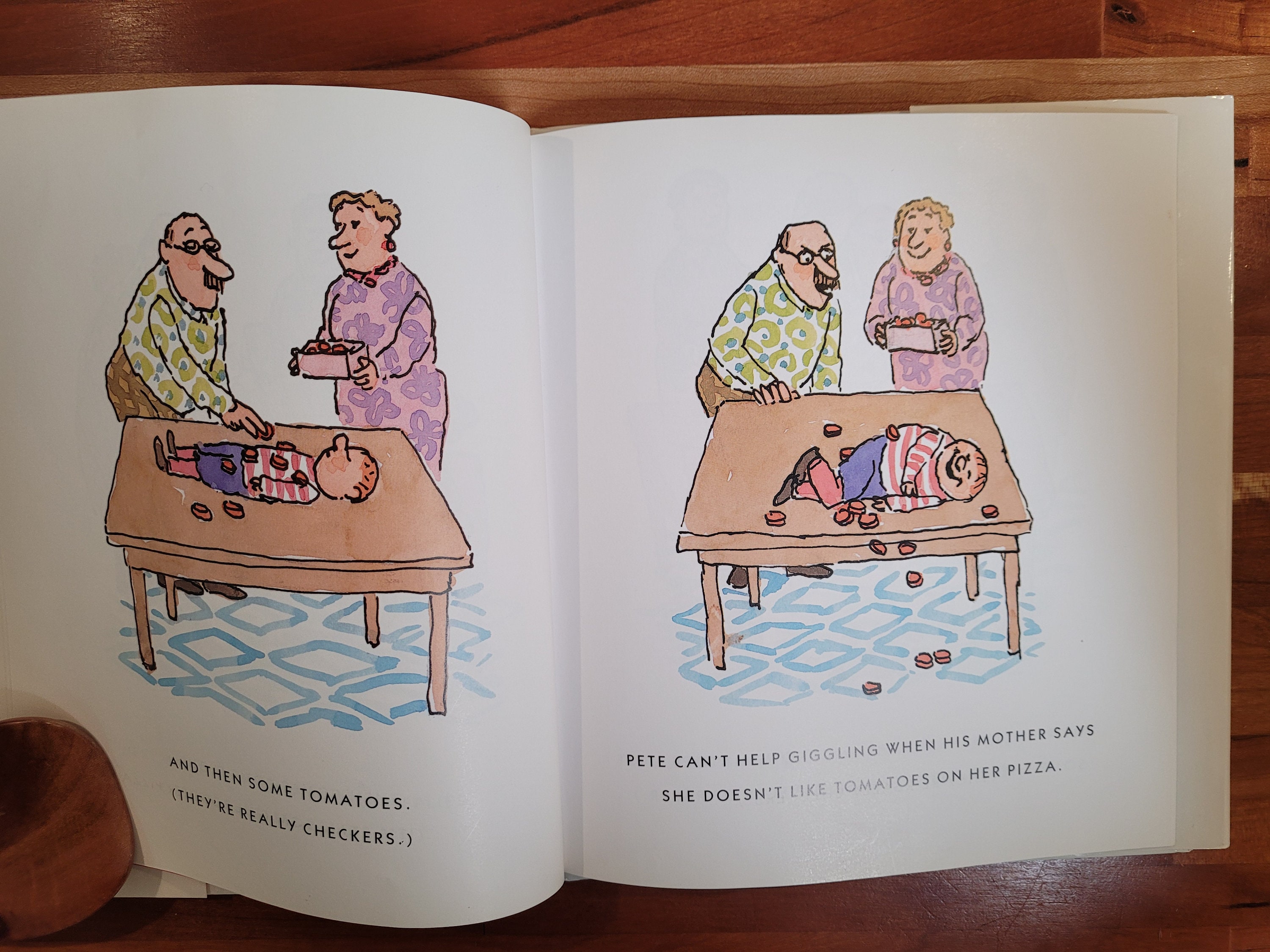 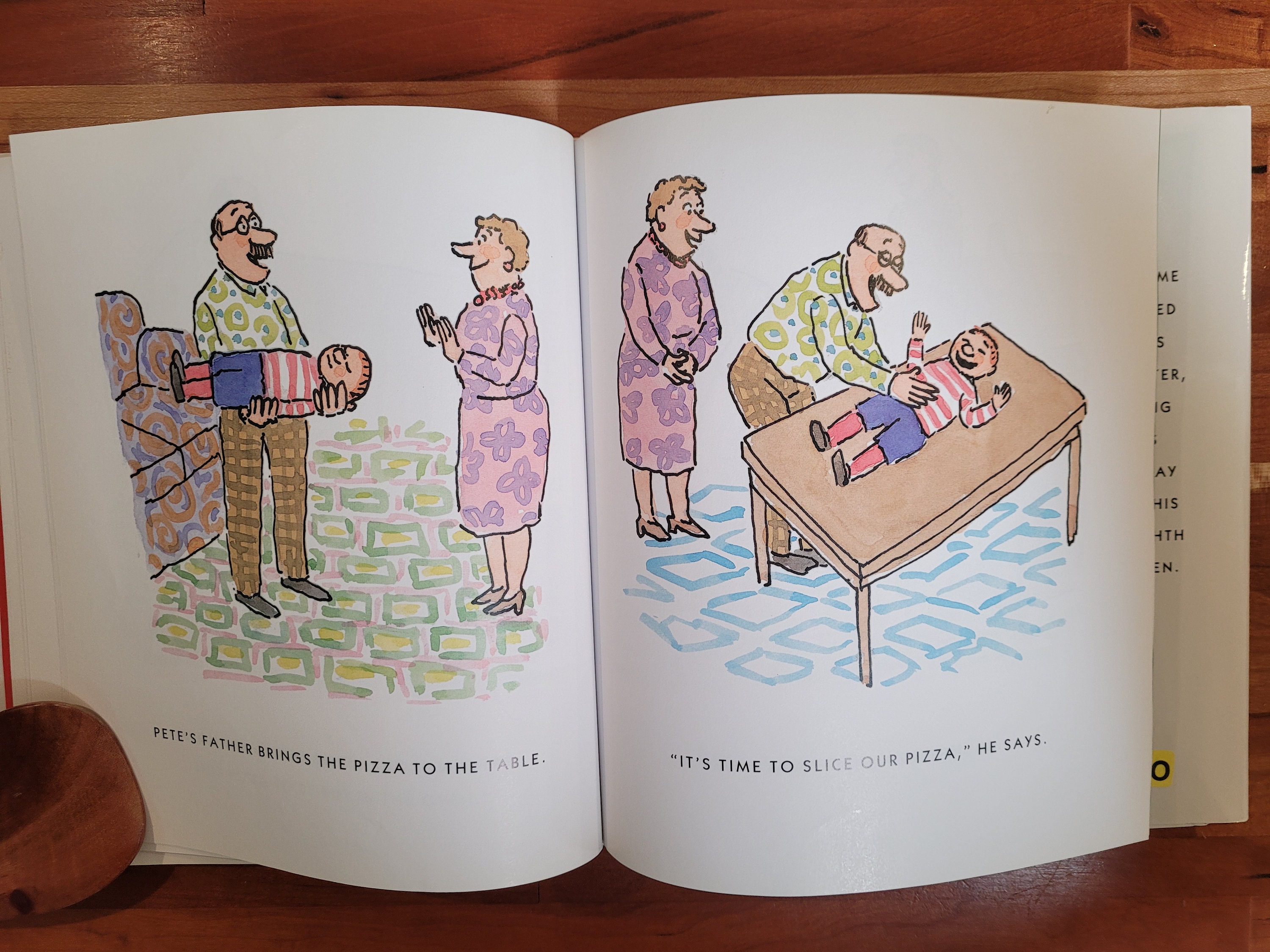 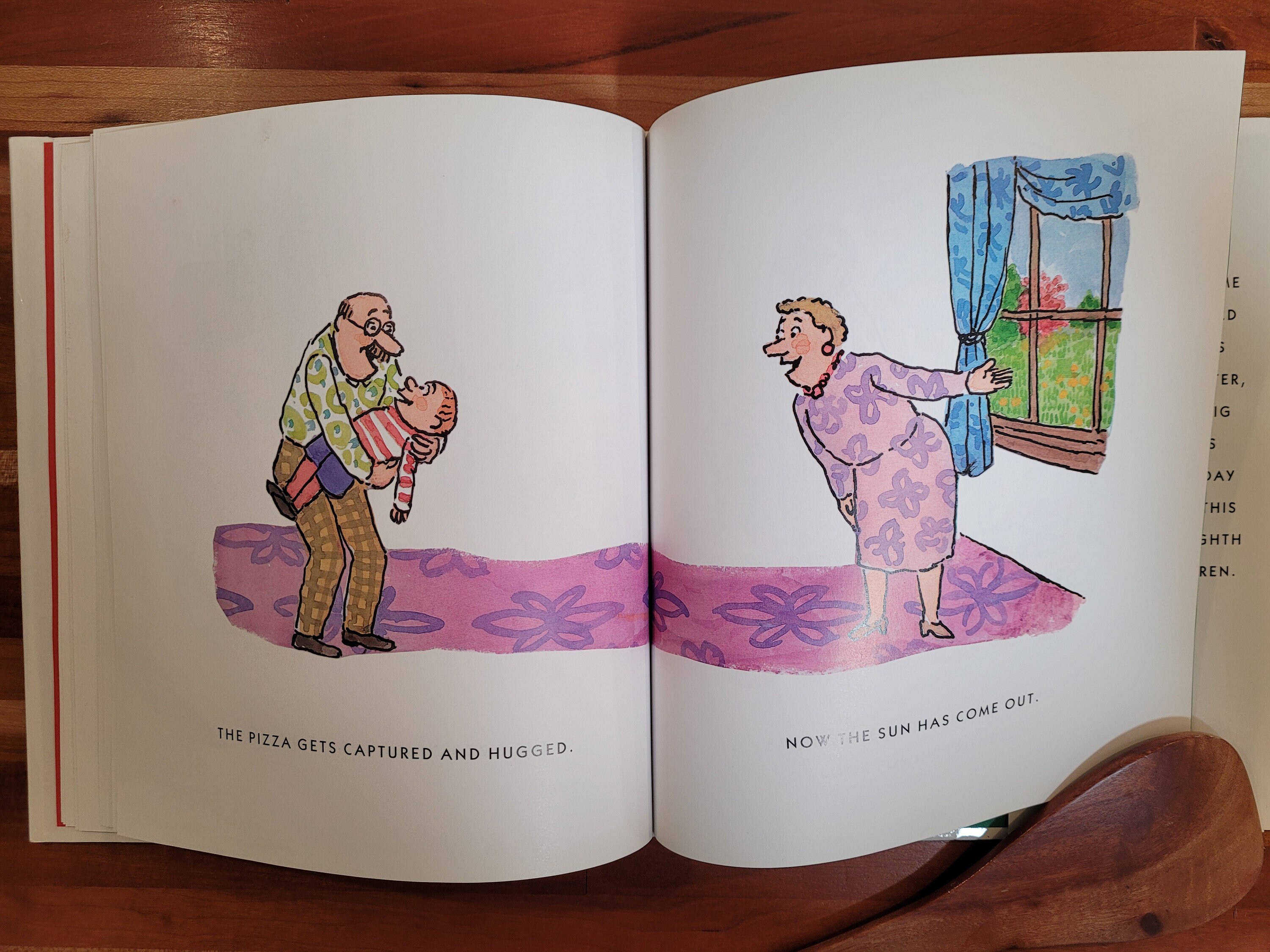 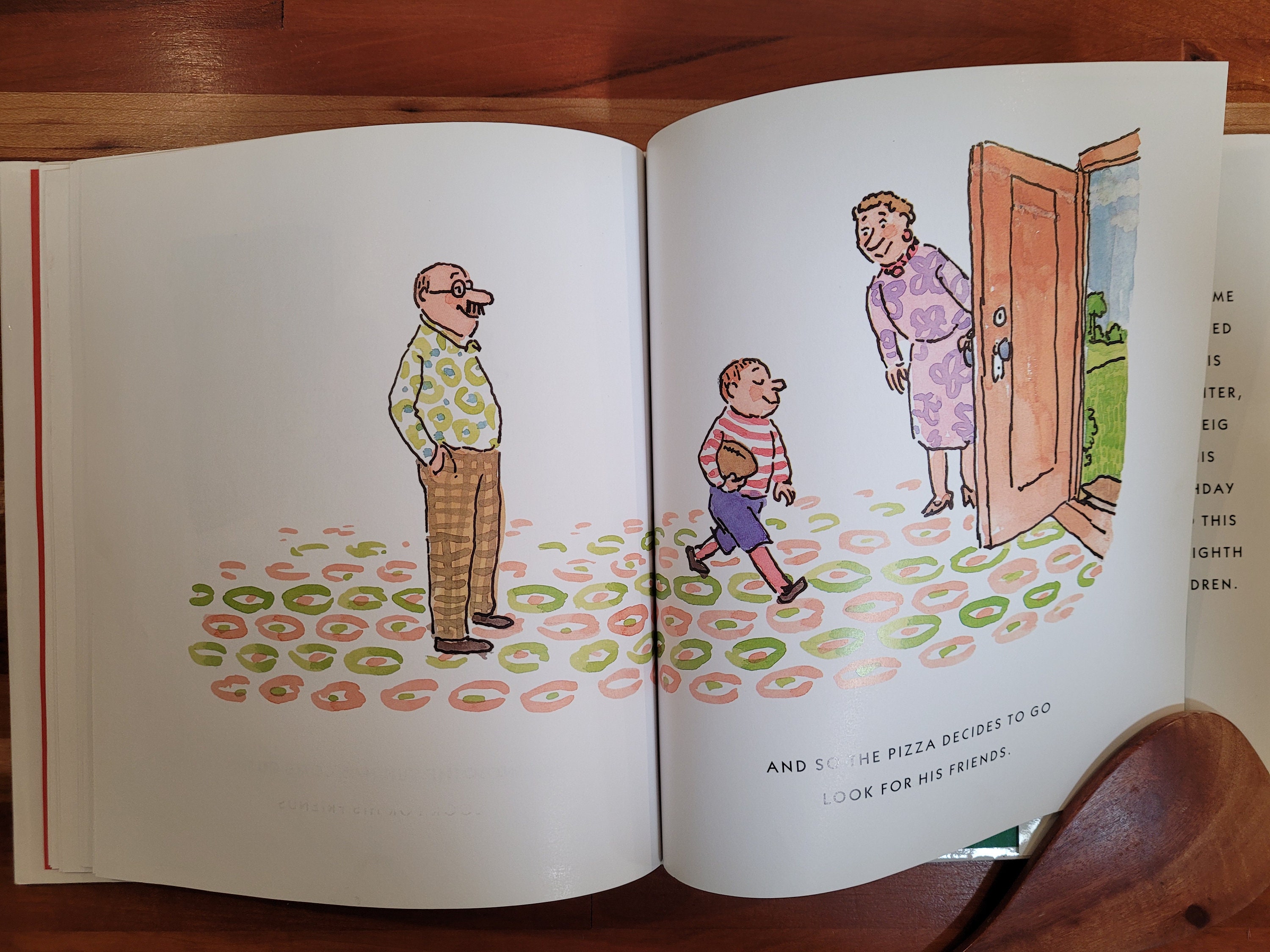 1998 first edition of Pete's A Pizza by William Steig, his 28th children's book.

"Pete's in a bad mood. Just when he's supposed to play ball with the guys, it decides to rain.

"Pete's father can't help noticing how miserable his son is.

"He thinks it might cheer Pete up to be made into a pizza.

"So he sets him down on the kitchen table and starts kneading the dough."

Once he's finished the 'dough', Mom gets in on the act and they add olive oil (water), flour (talcum powder), tomatoes (checkers), and cheese (paper). Then they put it (him) in the oven (on the sofa), and when the pizza (Pete) is done, it's time to slice (tickle) it/him and give him a big hug. By this time the rain has stopped and the sun has come out and Pete can go out and play.

William Steig (1907 - 2003) was an artist, sculptor, and well-known New Yorker cartoonist, and at age 61 he became a children's book author with the publication of CDB!, a book of word puzzlers. He also wrote Silvester and The Magic Pebble, for which he won a Caldecott Medal, Abel's Island, Doctor De Soto, and many others. He's also the creator of Shrek, a favorite in our families! Steig was 90 when he wrote Pete's A Pizza.