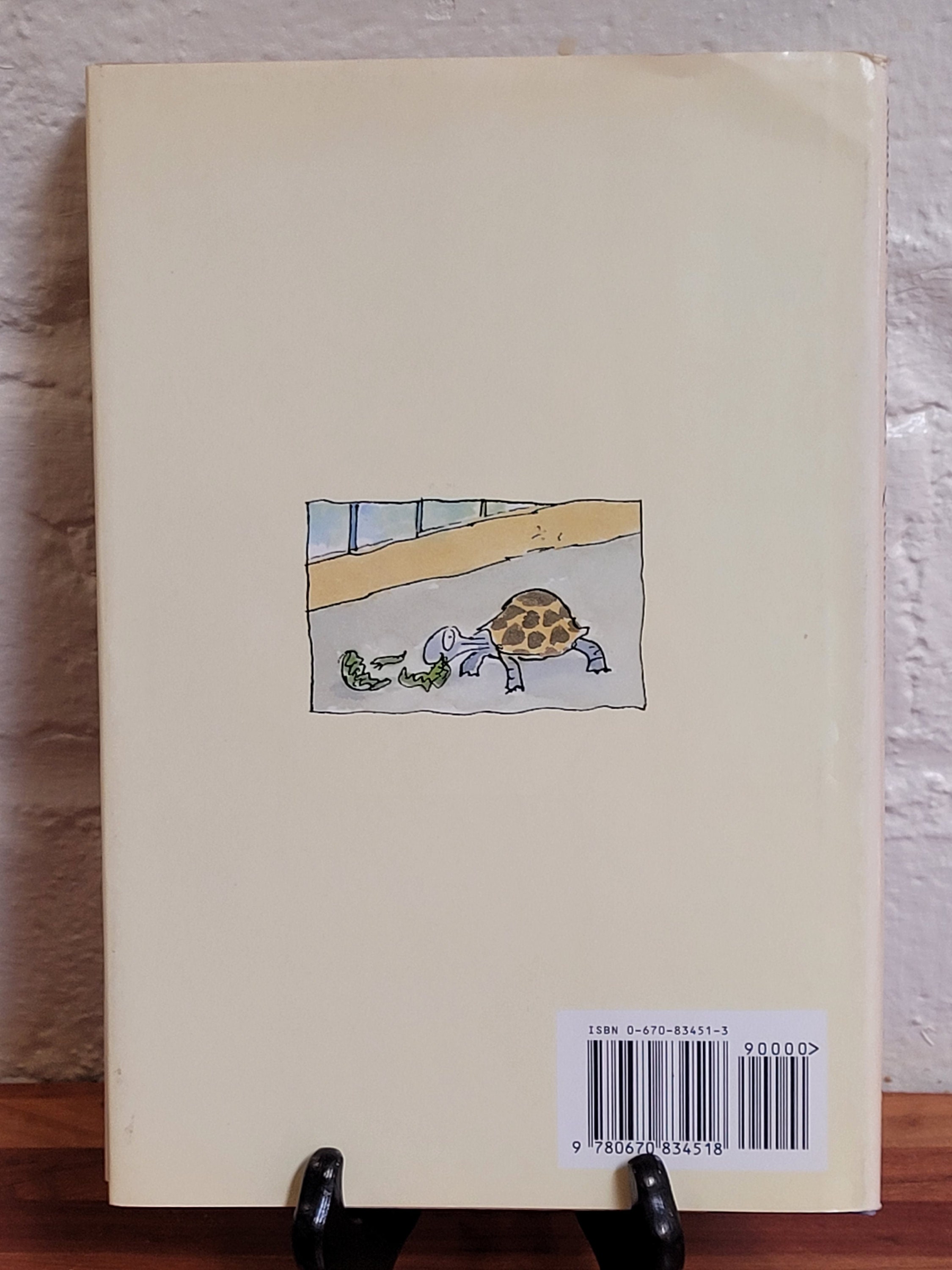 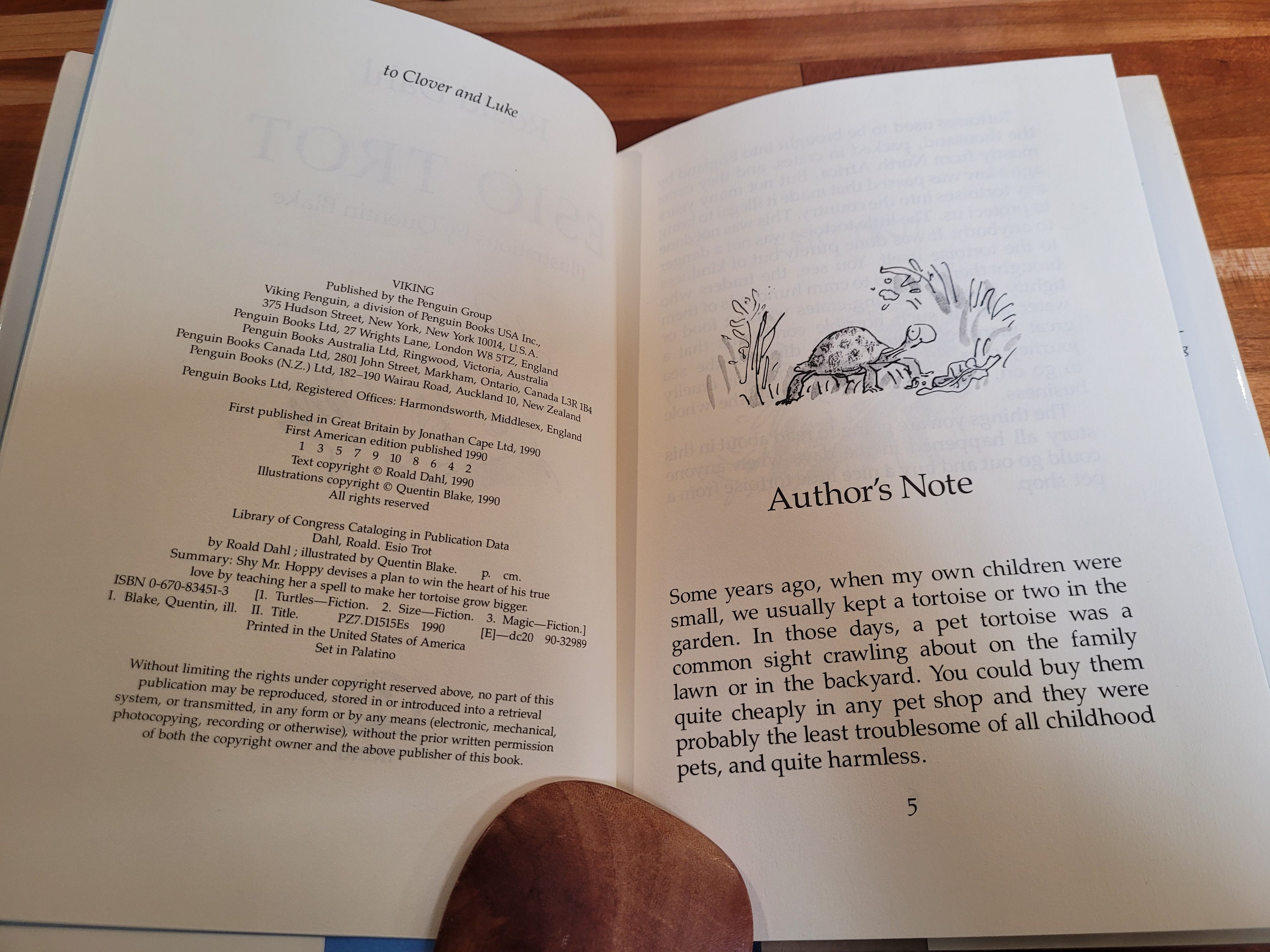 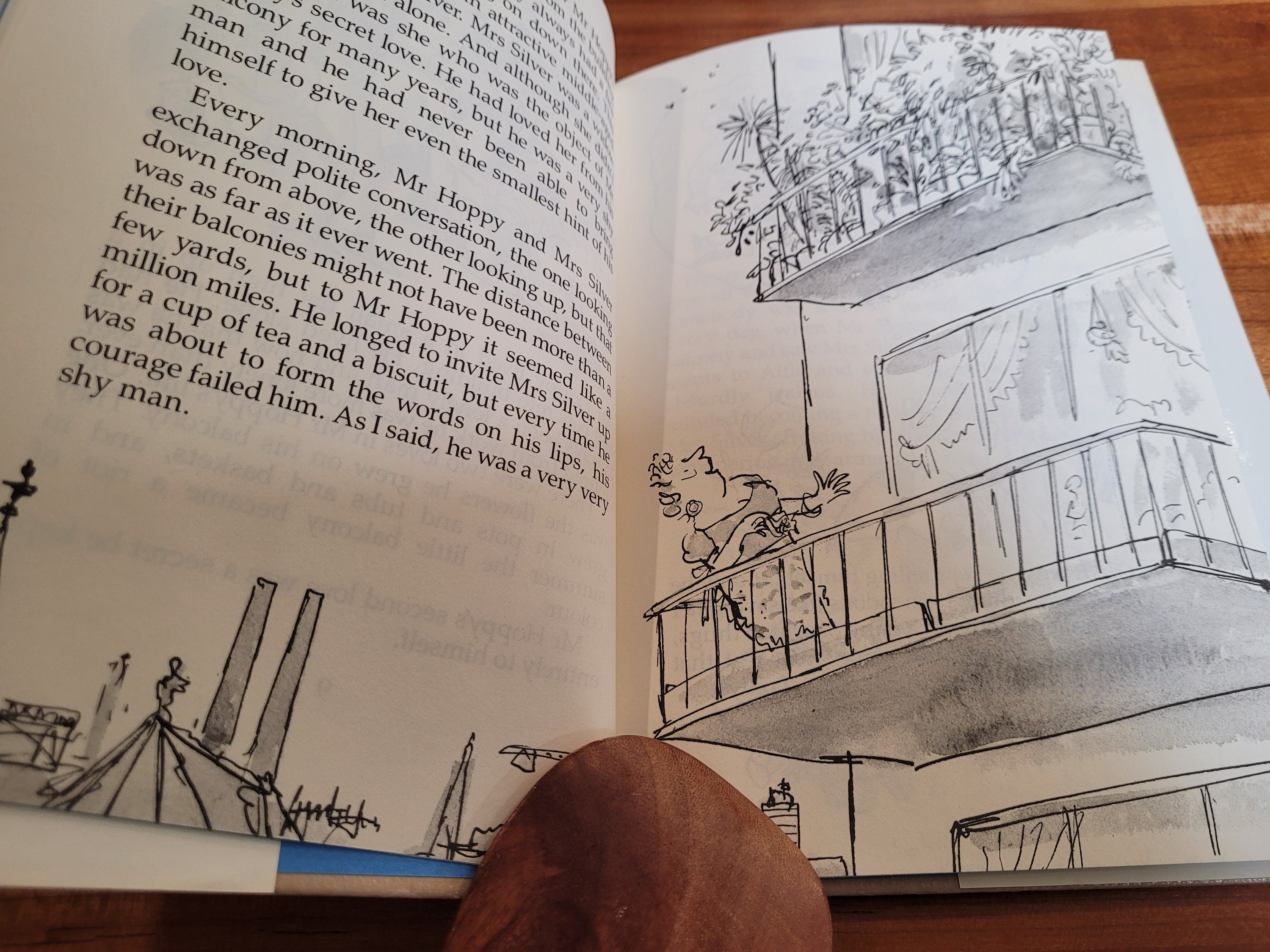 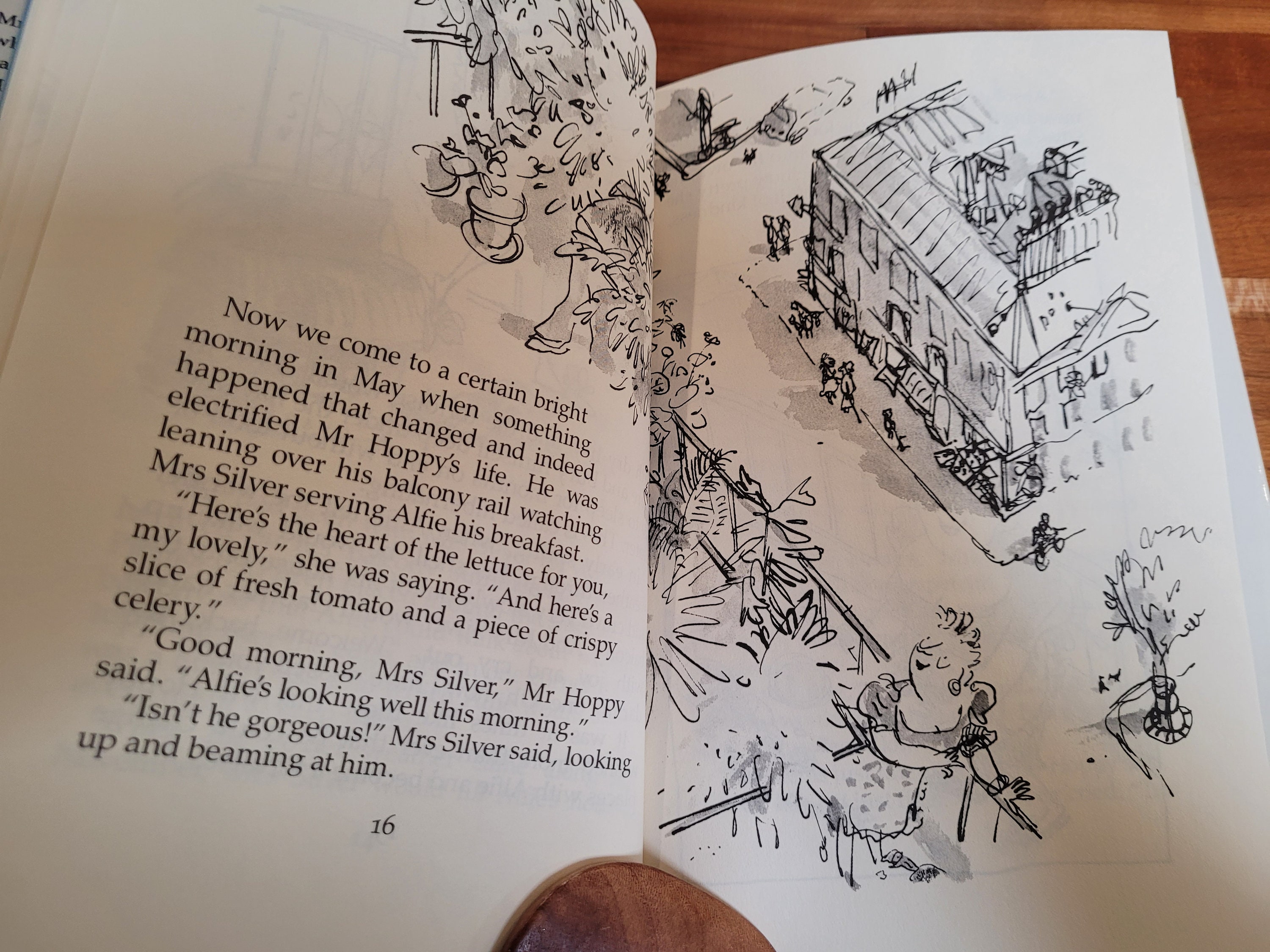 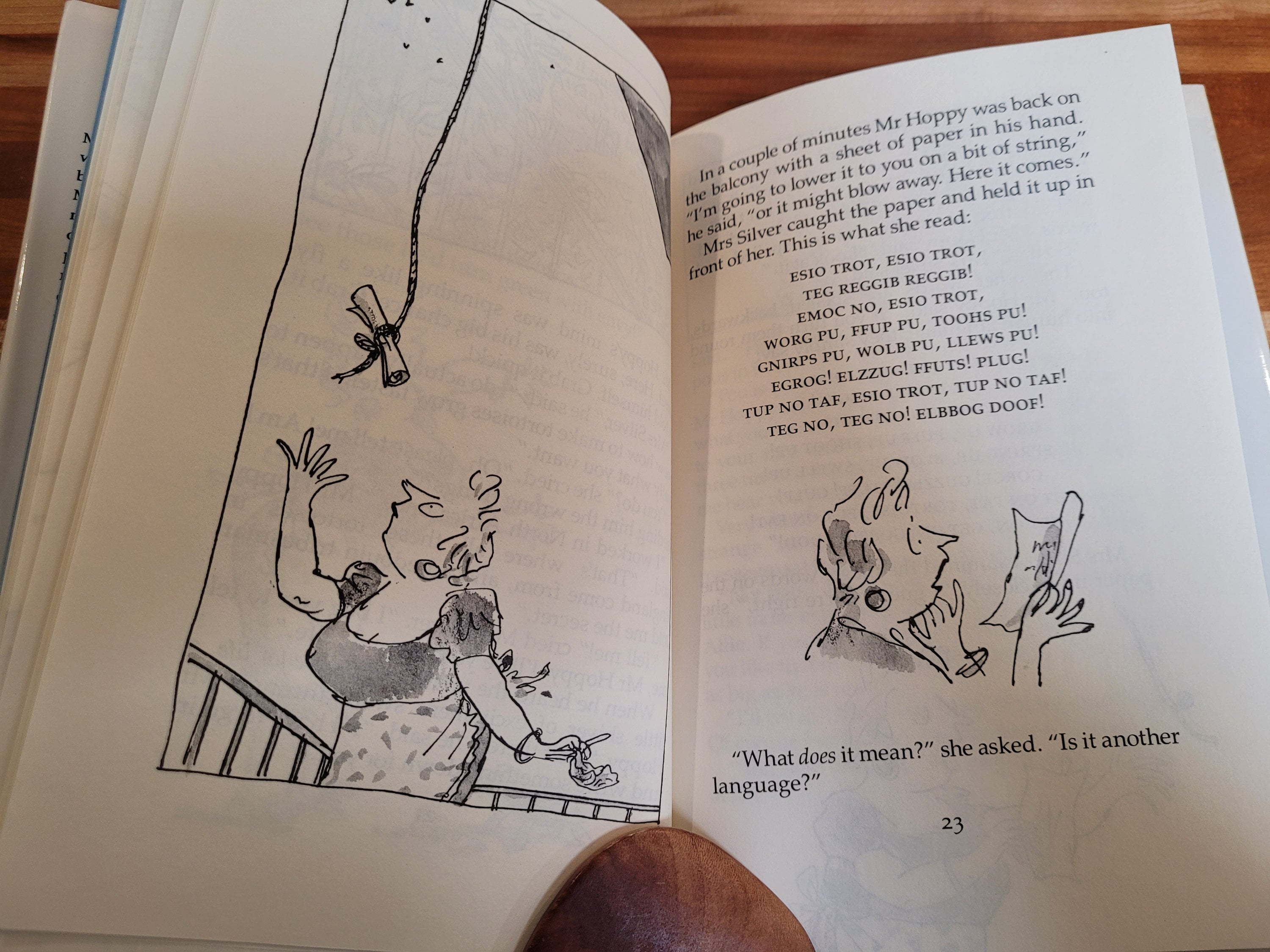 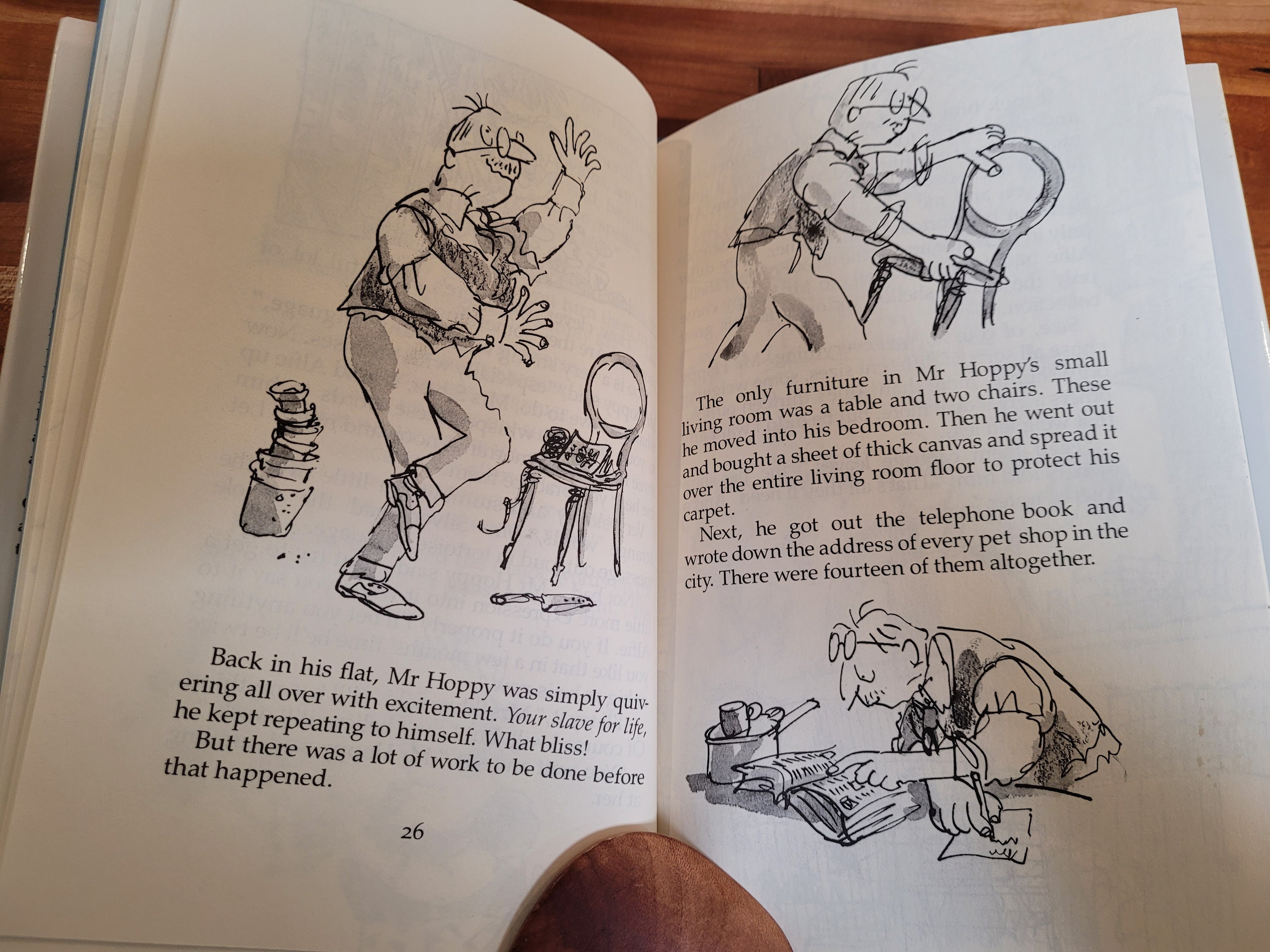 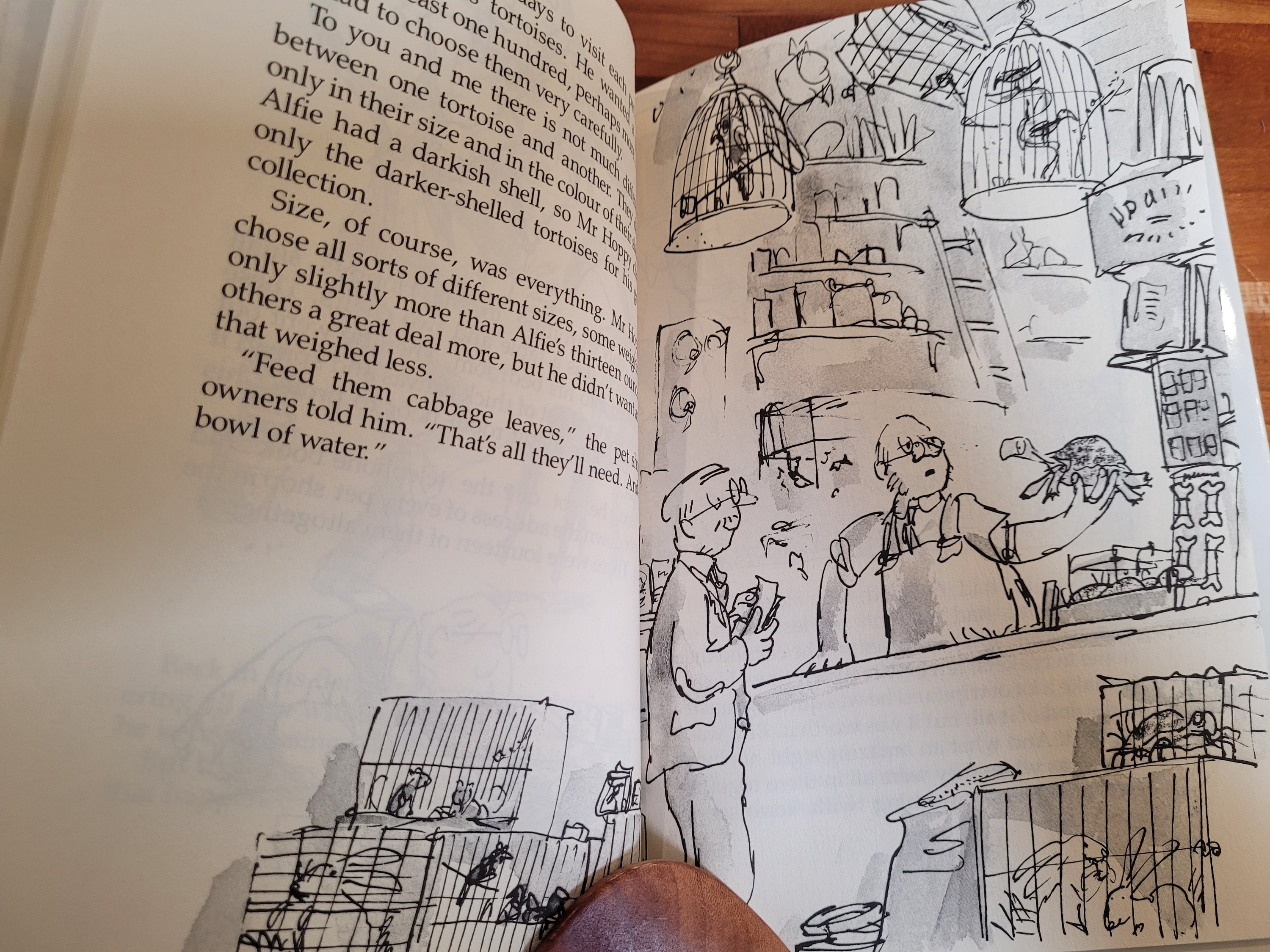 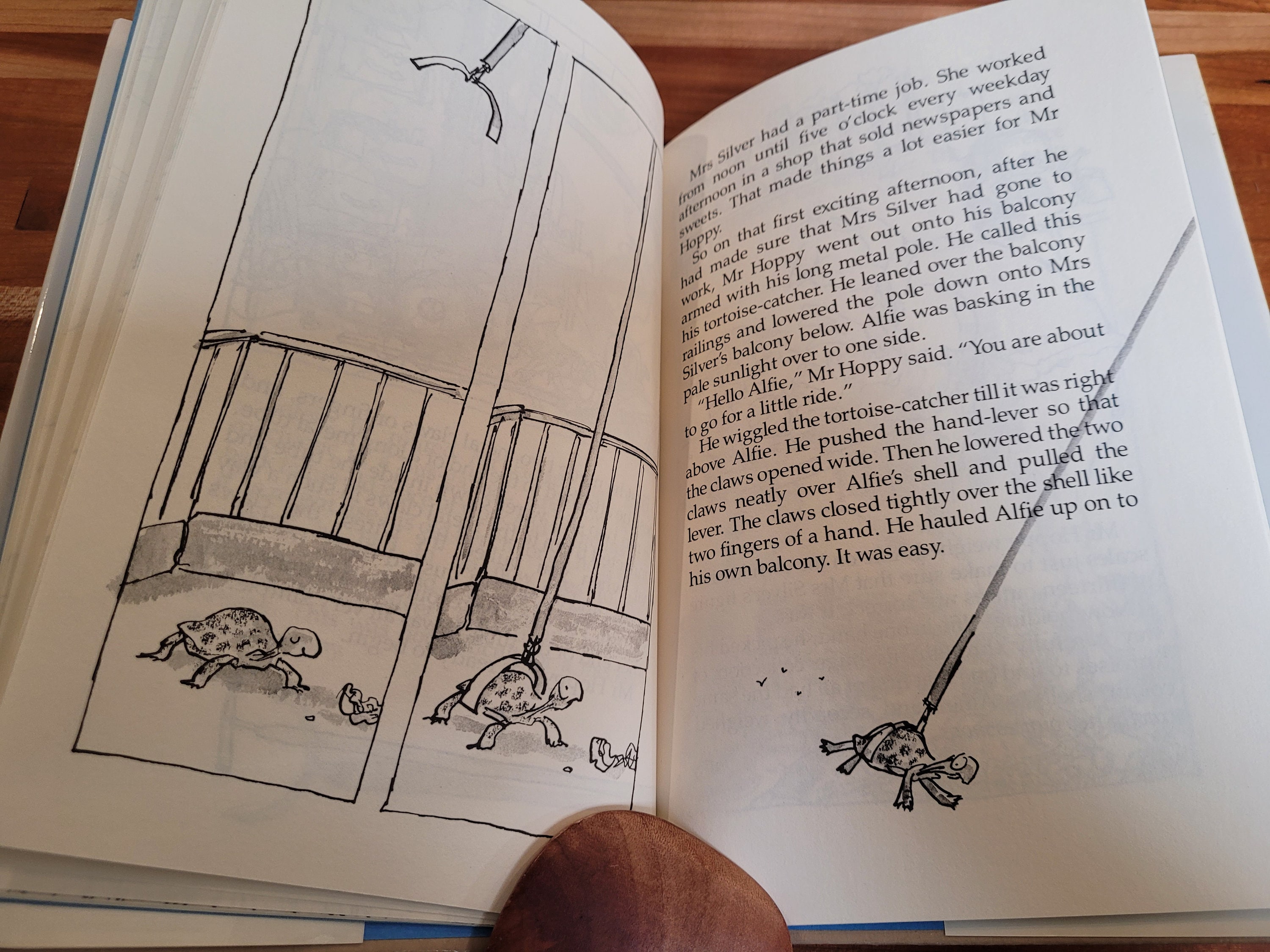 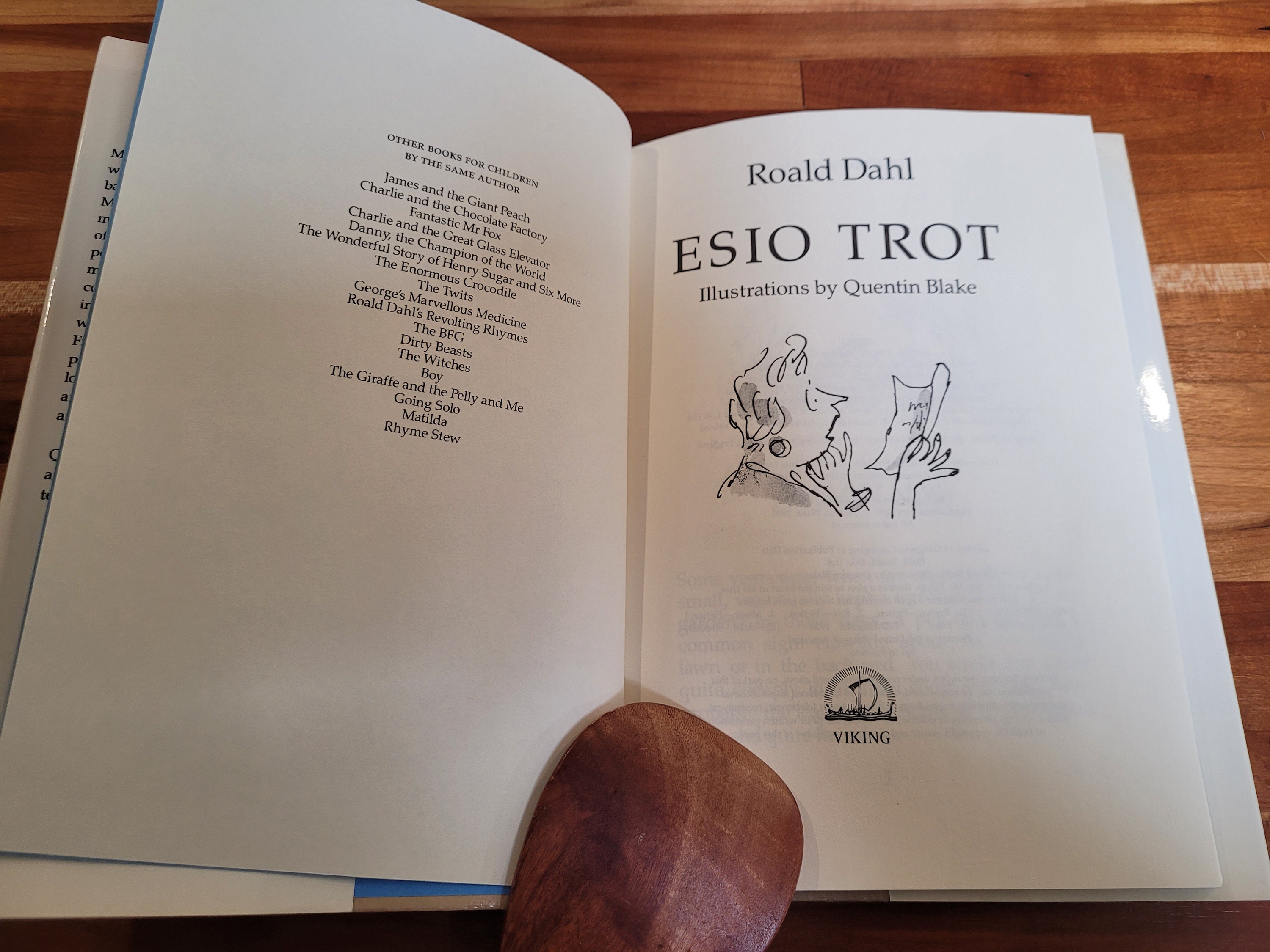 "Mr Hoppy lived in a small flat high up in a tall concrete building. He lived alone. He had always been a lonely man and now that he was retired from work he was more lonely than ever.

"There were two loves in Mr Hoppy's life. One was the flowers he grew on his balcony. They grew in pots and tubs and baskets, and in summer the little balcony became a riot of colour.

"Mr Hoppy's second love was a secret he kept entirely to himself.

"The balcony immediately below Mr Hoppy's jutted out a good bit further from the building than his own, so Mr Hoppy always had a fine view of what was going on down there. This balcony belonged to an attractive middle-aged lady called Mrs. Silver. Mrs. Silver was a widow who also lived alone. And although she didn't know it, it was she who was the object of Mr Hoppy's secret love. ..."

Mrs Silver's true love is a tortoise named Alfie. Alfie is the perfect pet, but a slow-grower. Mrs Silver tells Mr Hoppy that she'll do anything if only he can make Alfie grow bigger. Oh boy! Mr Hoppy gets busy concocting a scheme to win Mrs Silver's heart - "Esio Trot" is tortoise backwards - and they and Alfie live happily ever after.

In the Author's Note, Dahl explains that tortoises were a common pet until the UK realized how they were mistreated during transport and banned further importation for their own good.

Roald Dahl (1919 - 1990) was appreciated, or rejected, or banned outright, for writing enormously creative children's stories in which the children prevail over great challenges and/or despicable adults, and the goodness of children triumphs over evil.

Dahl also wrote Charlie and the Chocolate Factory, Matilda, The BFG, The Witches, The Twits, The Fantastic Mr. Fox, and more.

Quentin Blake (1932 - ) was Britain's first Children's Laureate and is best known as the illustrator of fifteen Roald Dahl books.

Thank you so much. Appreciate the generosity in wrapping, card, and bookmark. Above and beyond. Will be shopping at The Charmed Bookshop, again. Product in great condition. Fast Shipping.