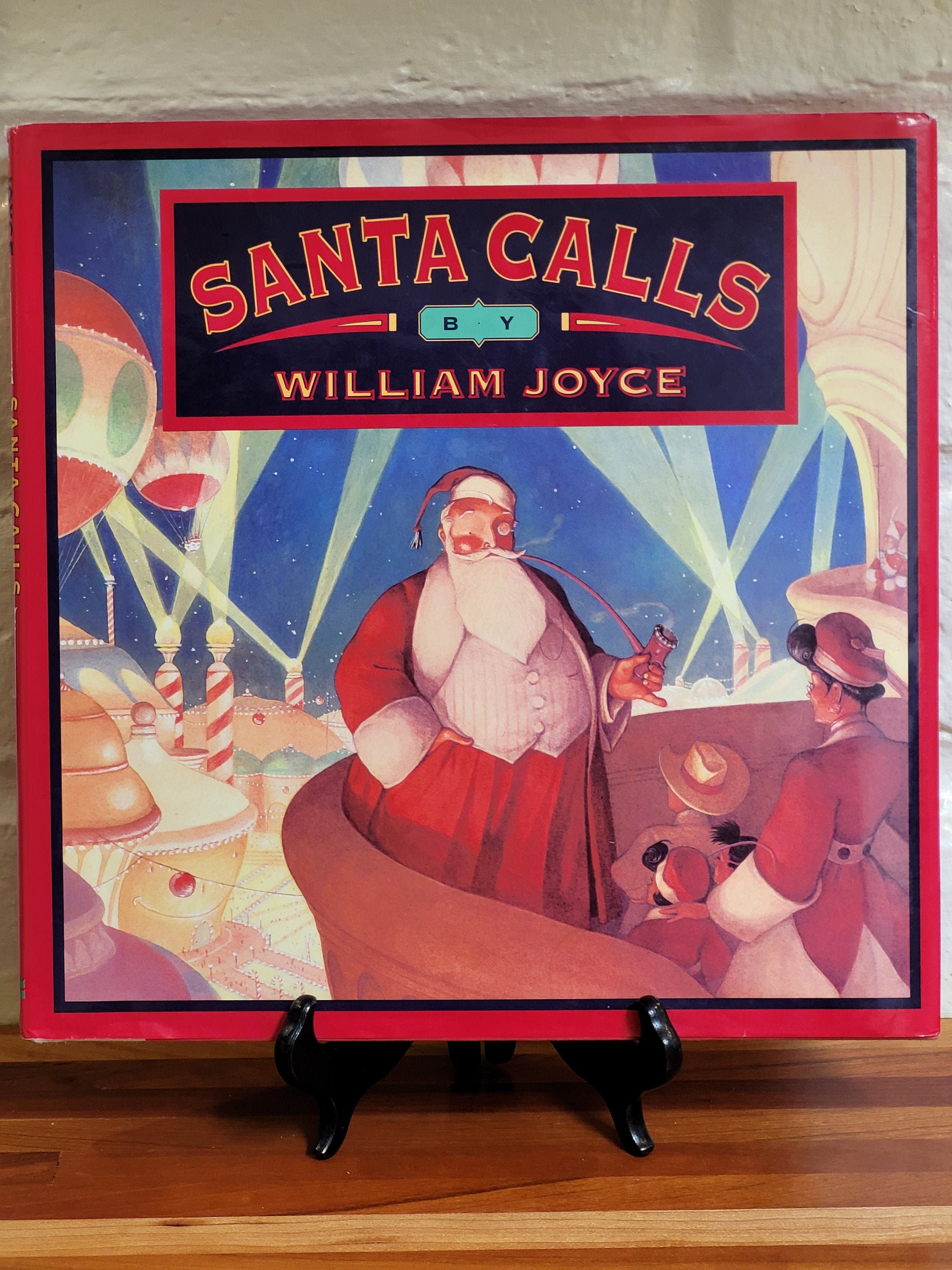 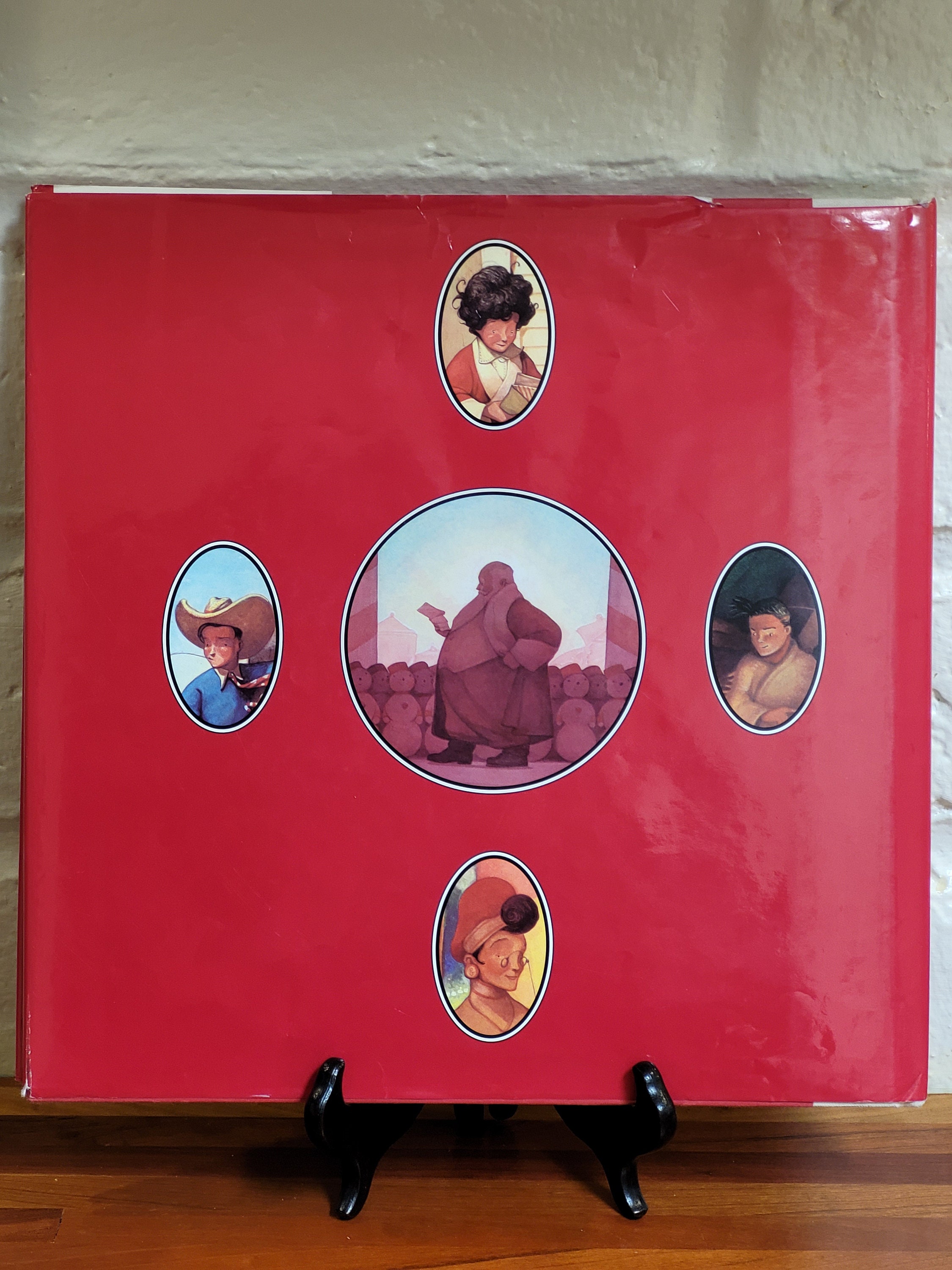 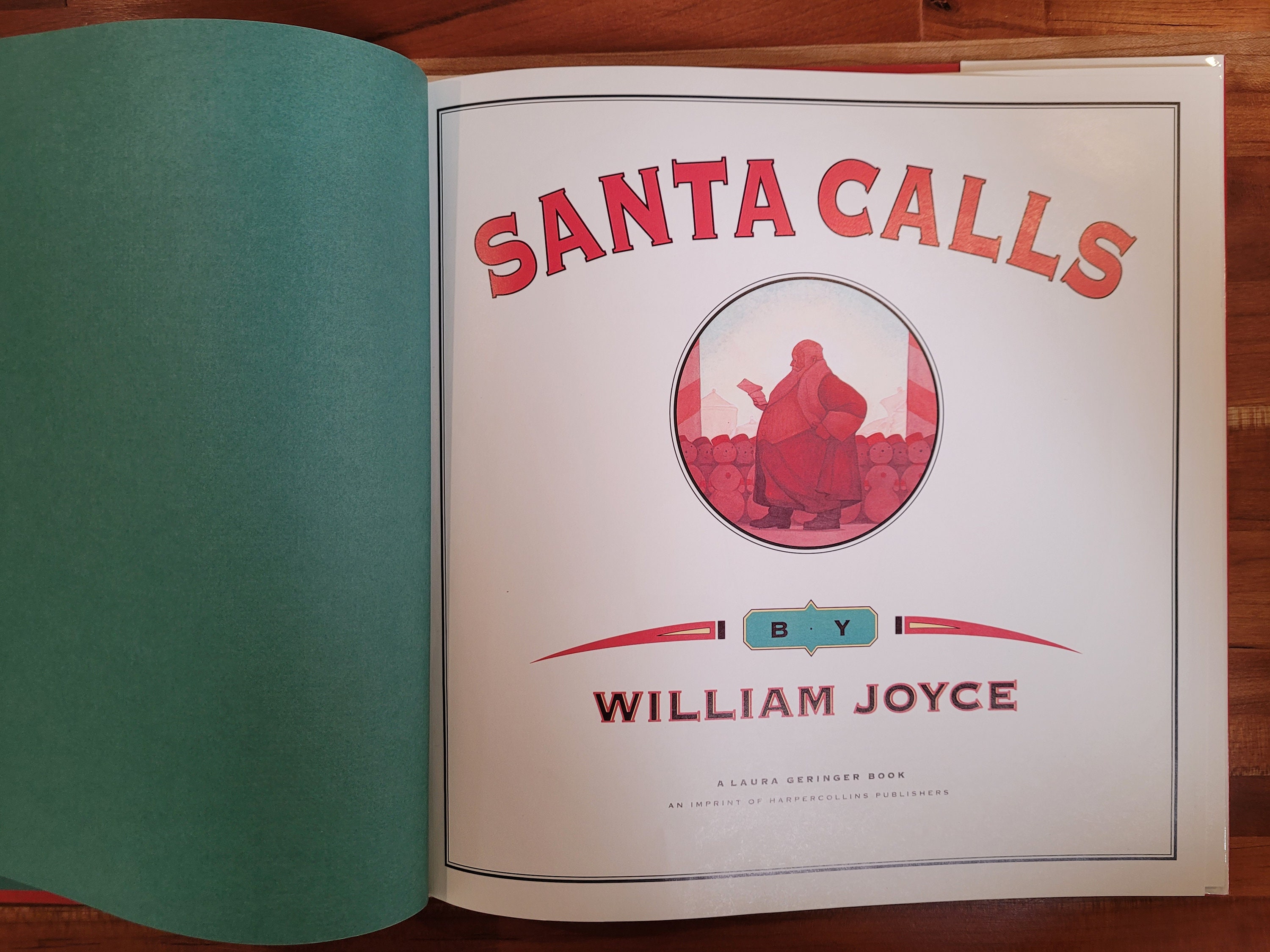 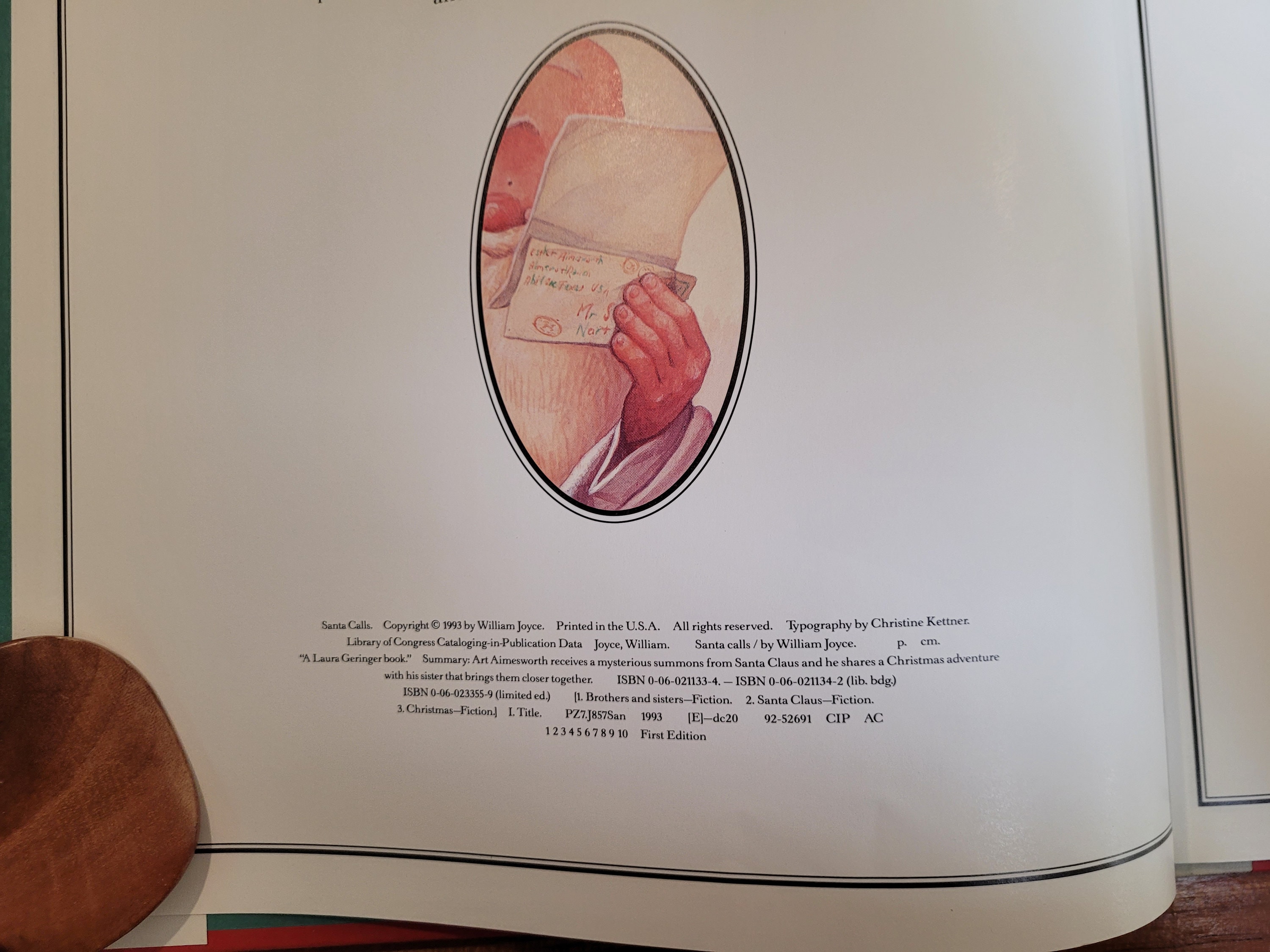 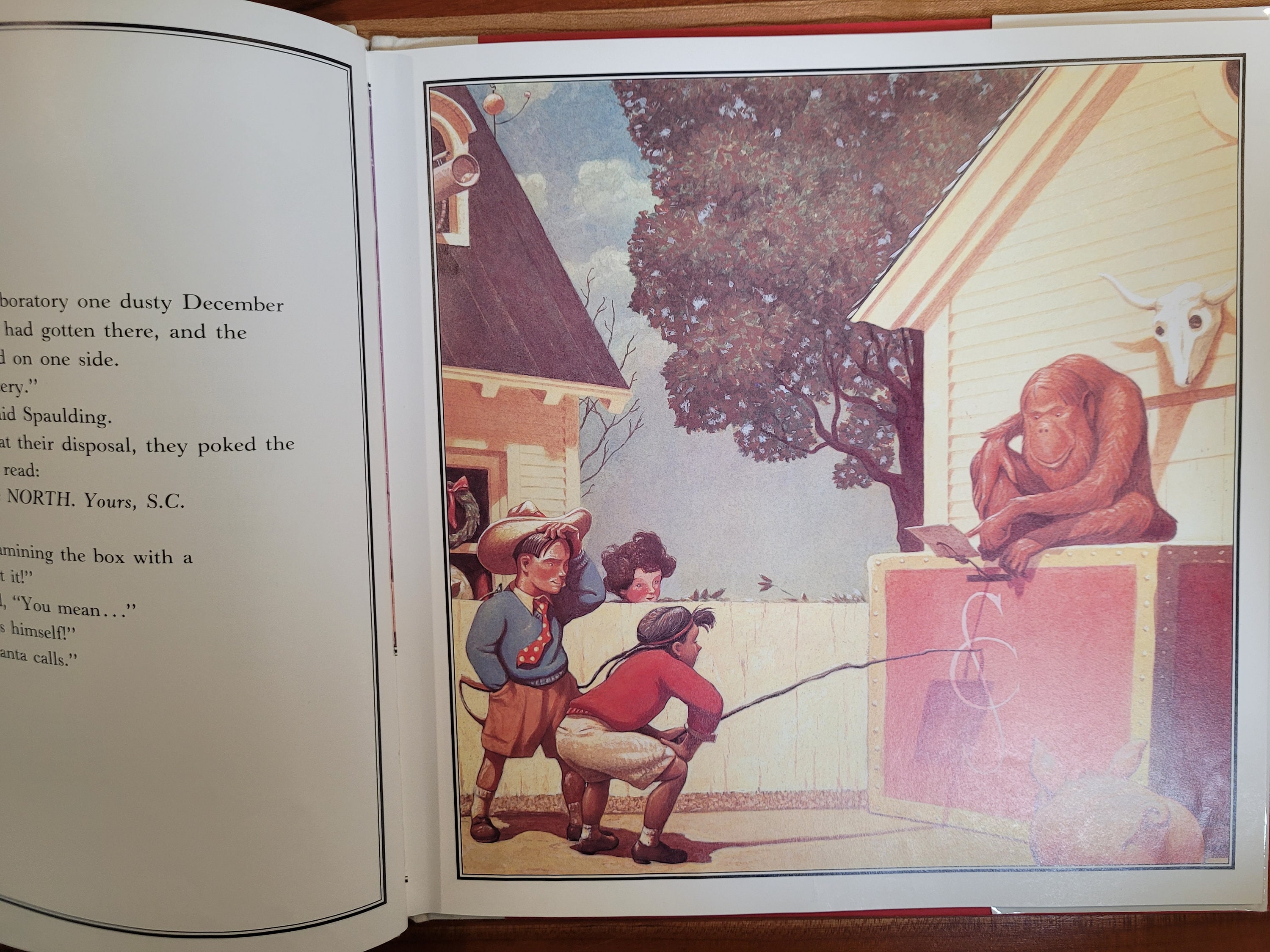 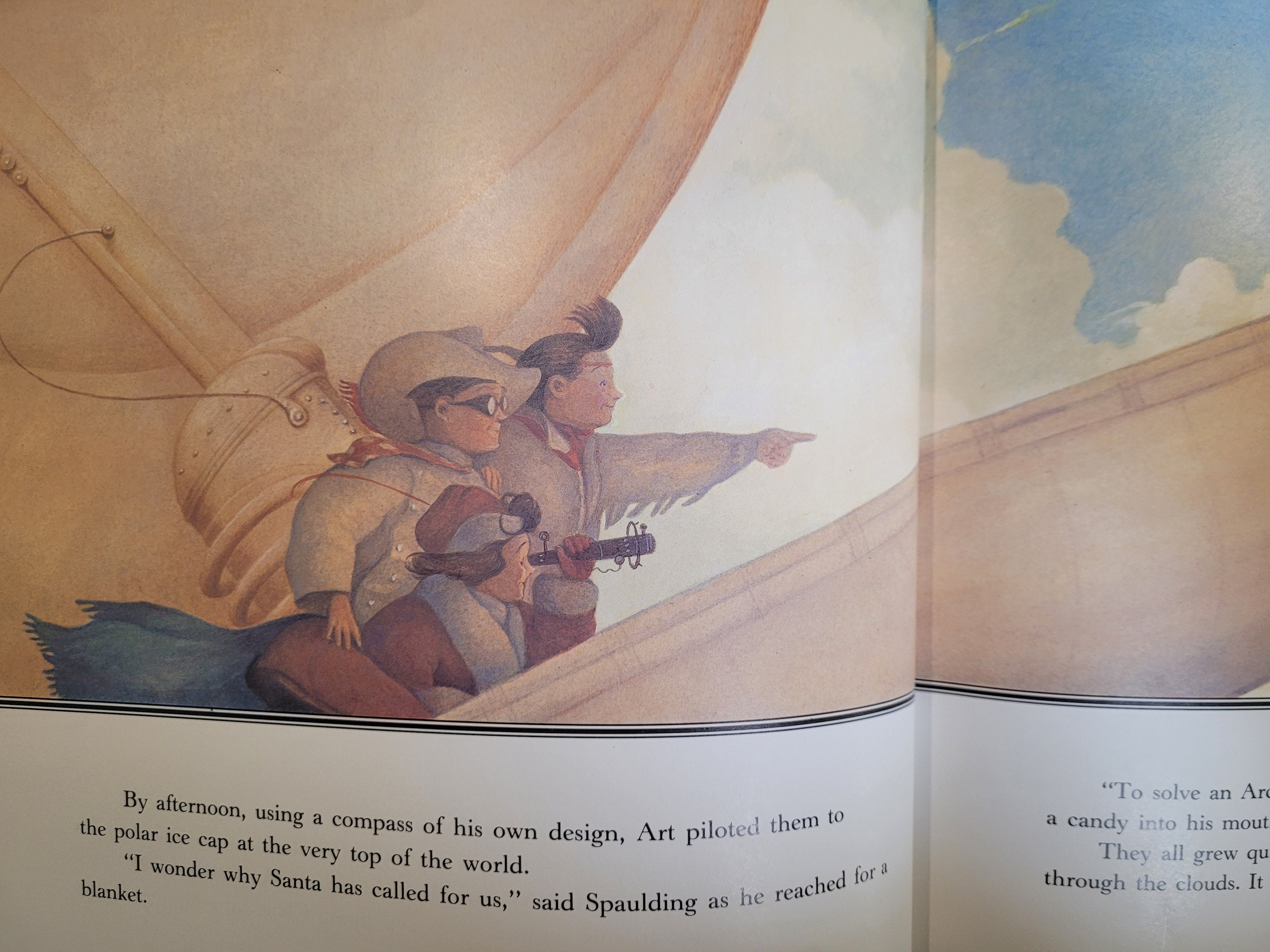 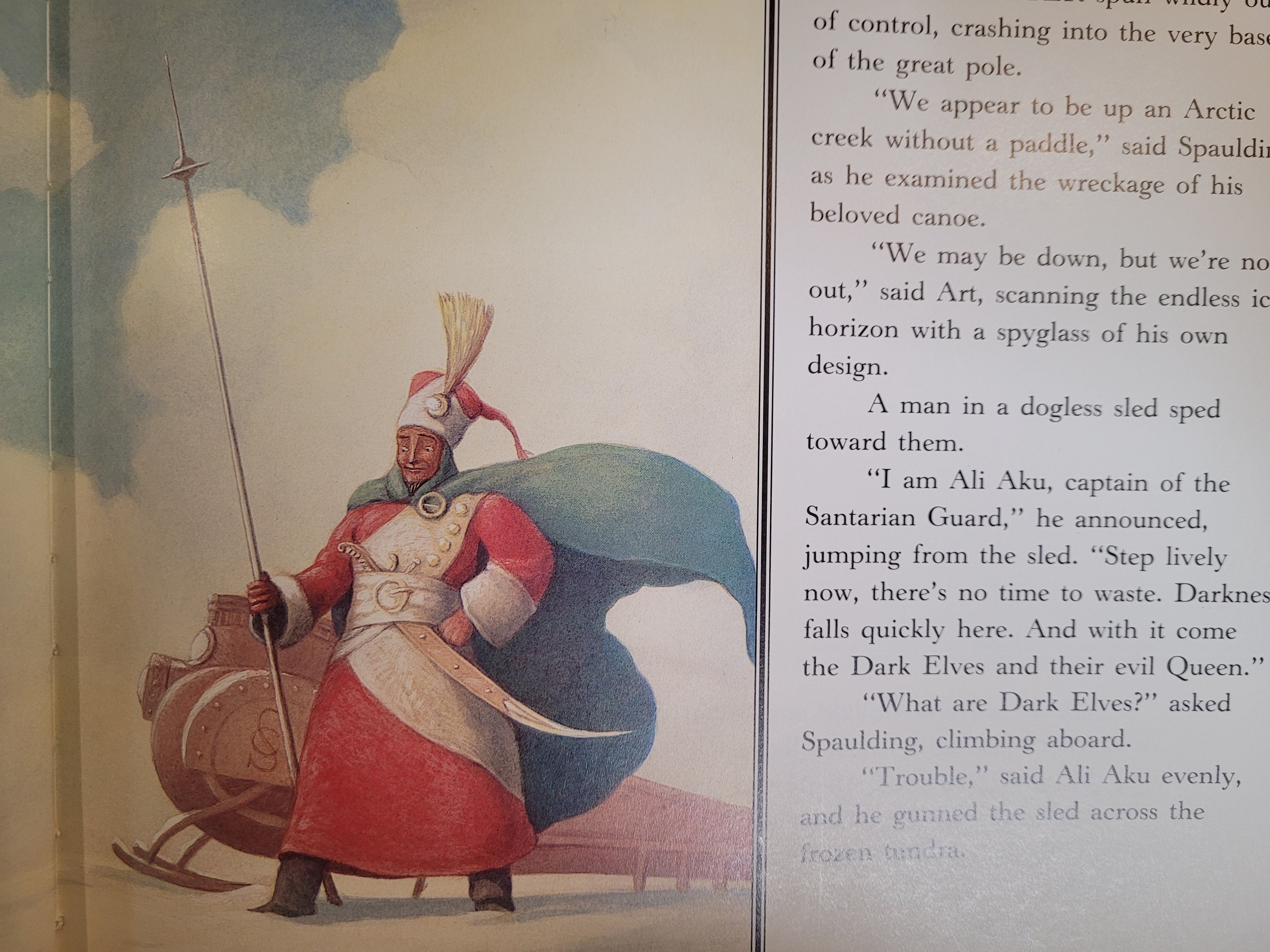 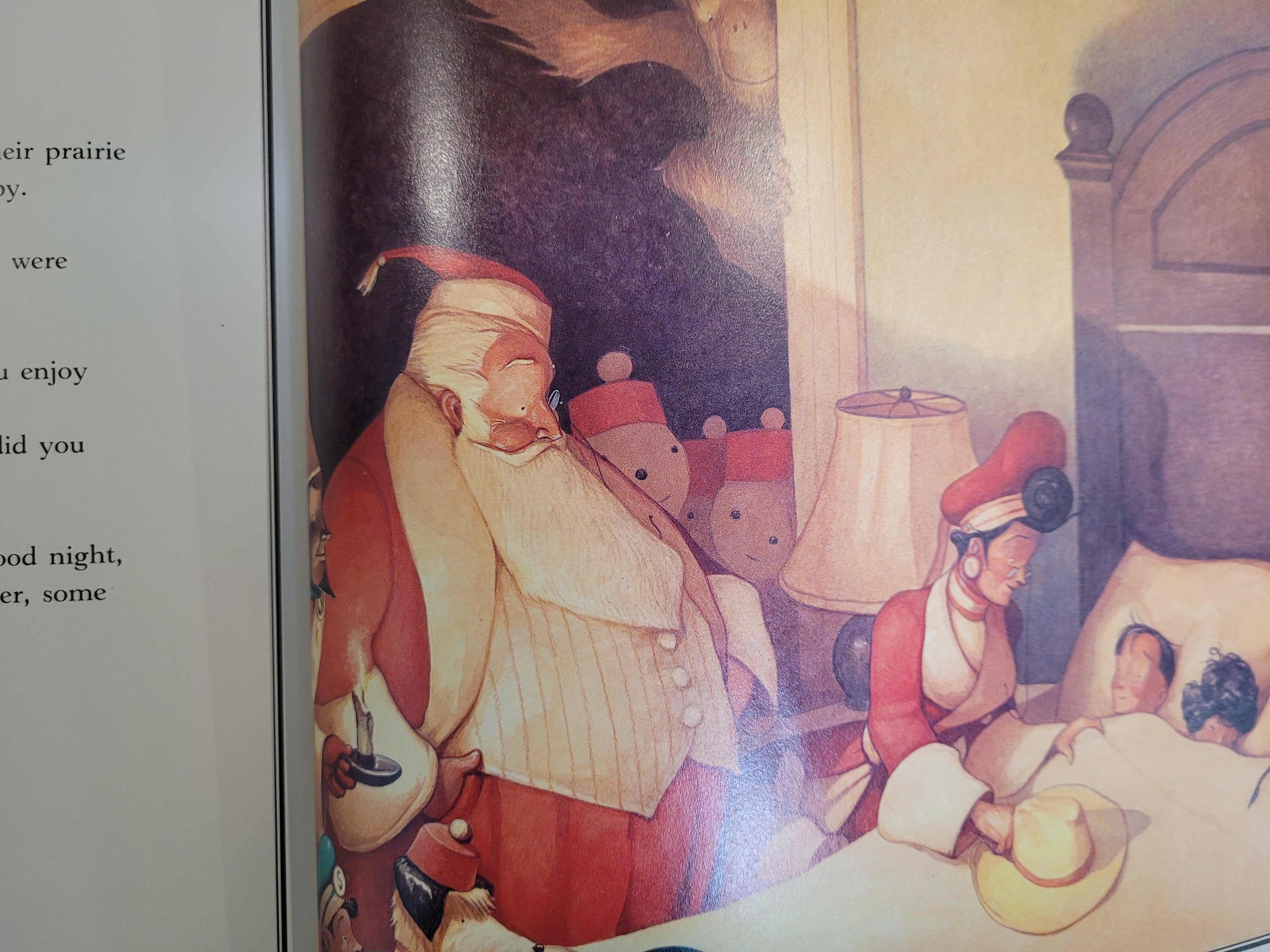 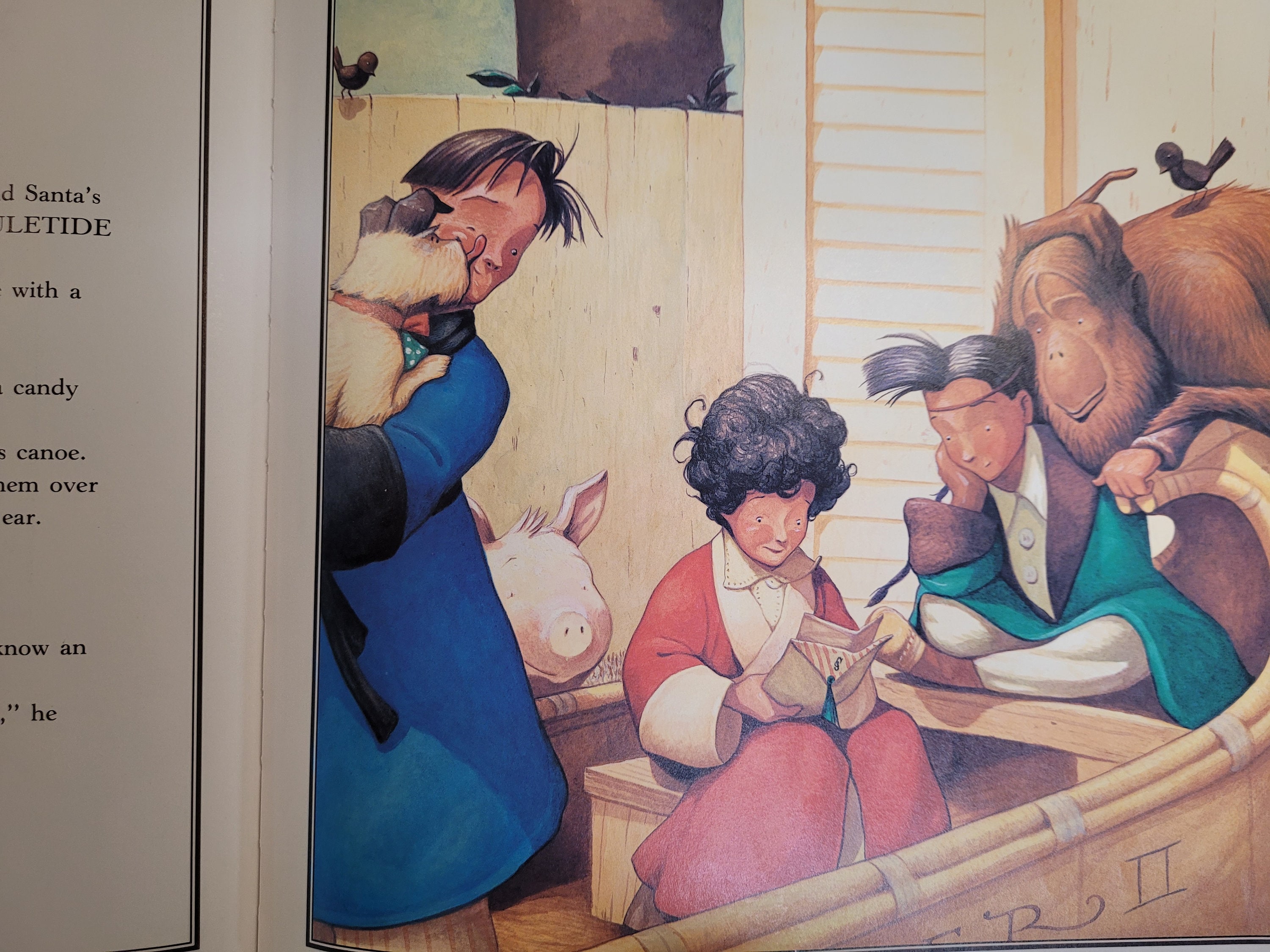 This book belongs in your Christmas repertoire: 1993 first edition of Santa Calls by William Joyce.

"Art Atchinson Aimesworth was a very singular boy. Orphaned at an early age by a gang of desperadoes, he had applied himself wholeheartedly to the making of inventions, the quest for adventure, and the fighting and smashing of crime.

"He lived in Abilene, Texas, with his aunt and uncle, who ran a Wild West Show and Animal Phantasmagoria. He had a best friend, Spaulding Littlefeets, a young Comanche brave. He also had a little sister named Esther.

"If Art had one weakness, it was sweets and candy of any sort. If he had one flaw, it was that he was often mean to his sister Esther. But that was all before the amazing Christmas of 1908. Before the Extraordinary Adventure. Before the mysterious box arrived and changed young Art forever."

The Wizard of Oz meets Polar Express meets an exciting adventure to the North Pole to discover why Santa called for Art, Spaulding, and Esther. Correspondence at the end of the book between Esther and Santa solves the mystery.

William Edward Joyce (1957 -) is a writer, illustrator, and filmmaker. He won the Academy Award for Best Animated Short Film for The Fantastic Flying Books of Mr. Morris Lessmore. He wrote the Rolie Polie Olie and George Shrinks books, which were adapted to TV. The Guardians of Childhood series was made into Rise of the Guardians. He did the conceptual and art design for Toy Story and A Bug's Life. Disney based Meet the Robinsons on Joyce's book, A Day with Wilber Robinson. His many children's books include Tammy and the Gigantic Fish, Shoes, Dinosaur Bob and His Adventures with the Family Lazardo, Humphrey's Bear, The Leaf Men and the Brave Good Bugs, and The Art of Robots, and novels The Sandman and the War of Dreams and Jack Frost: The End Becomes the Beginning.

Condition*: Near Fine/Very Good. Dust jacket: Light shelf wear; crimp on the back, upper edge; lightly bumped at the head of the spine and corners. Pages are clean, undamaged, and complete. Two letters to/from Santa tipped in at the back of the book.