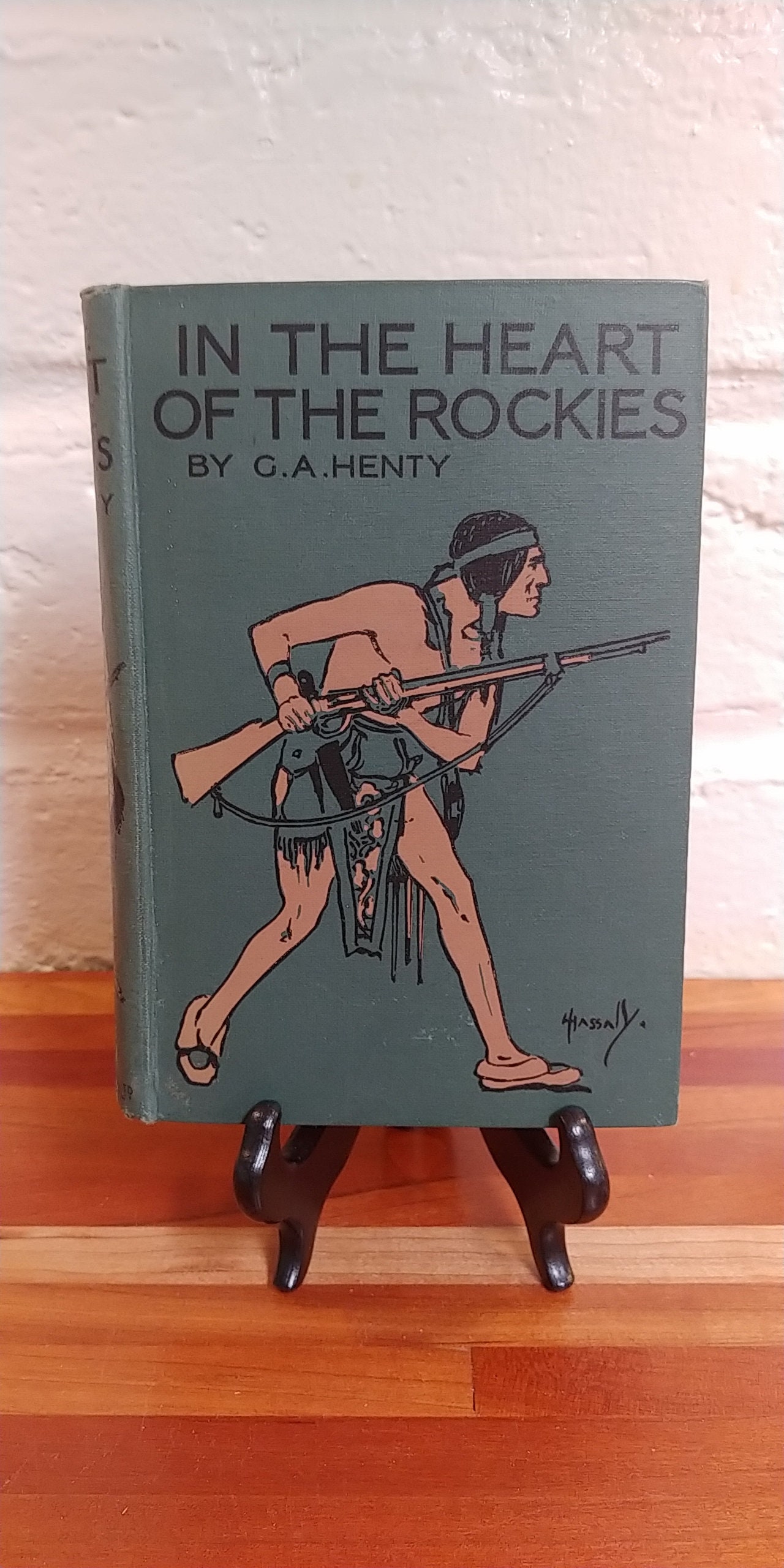 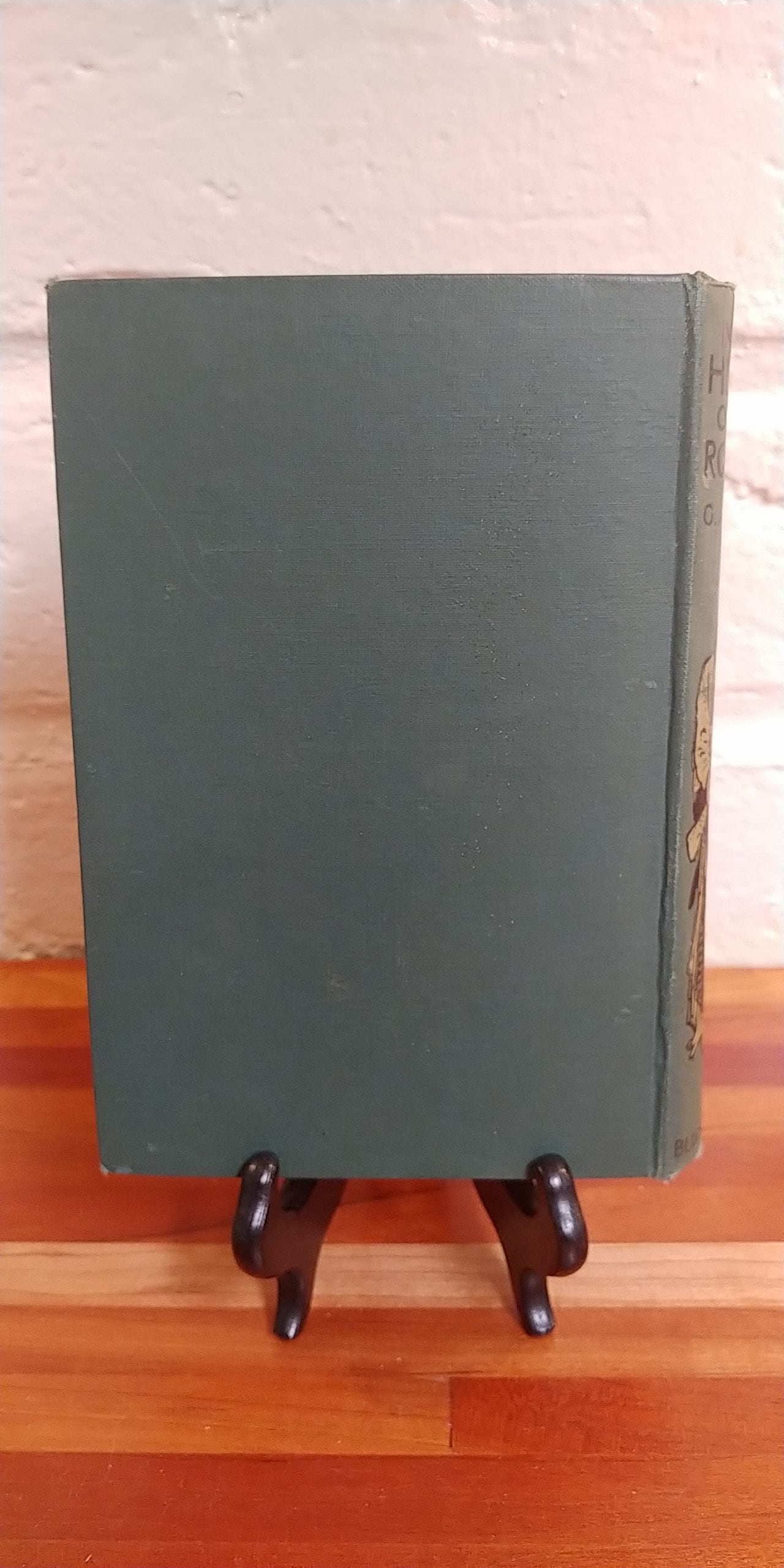 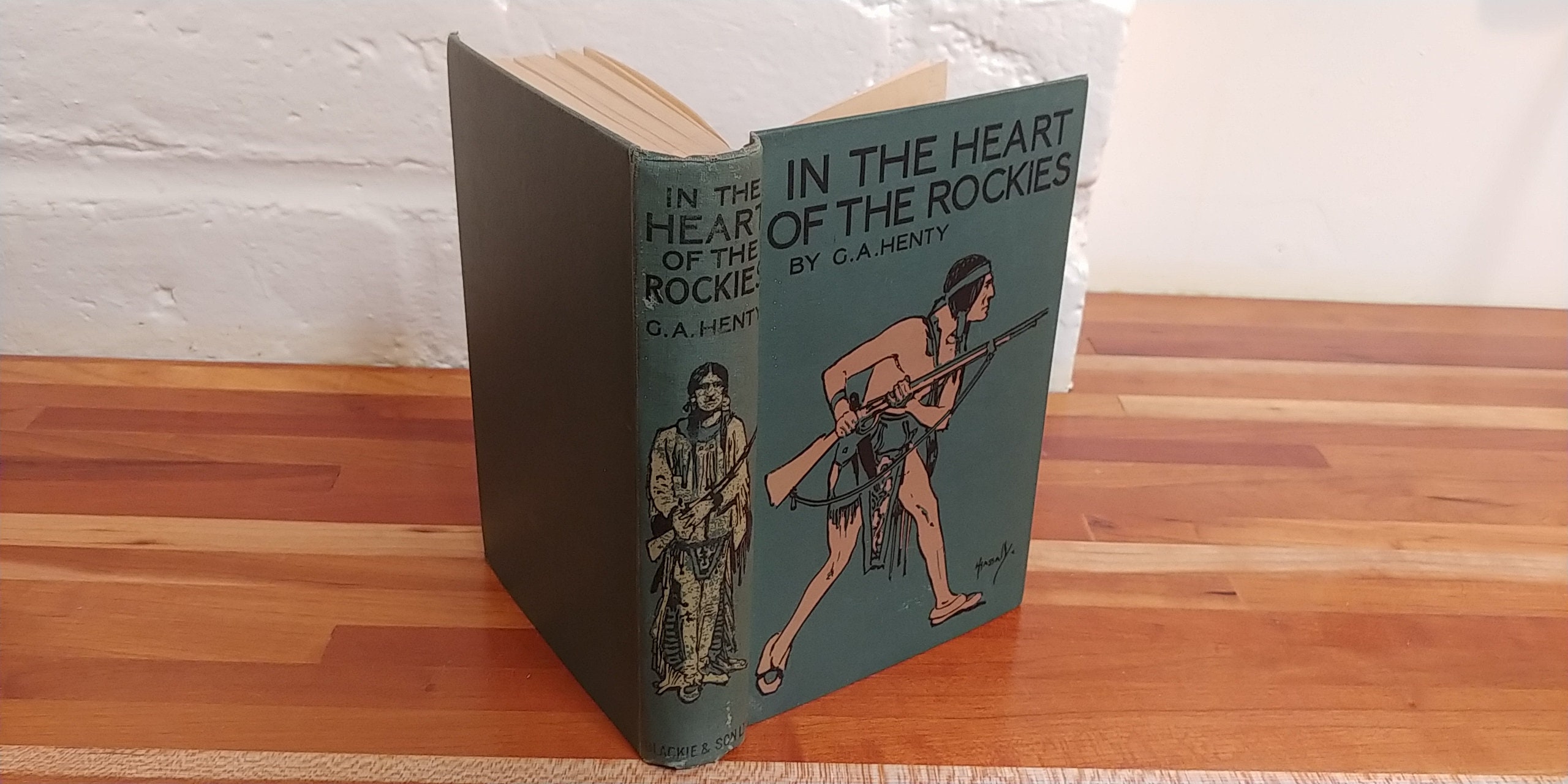 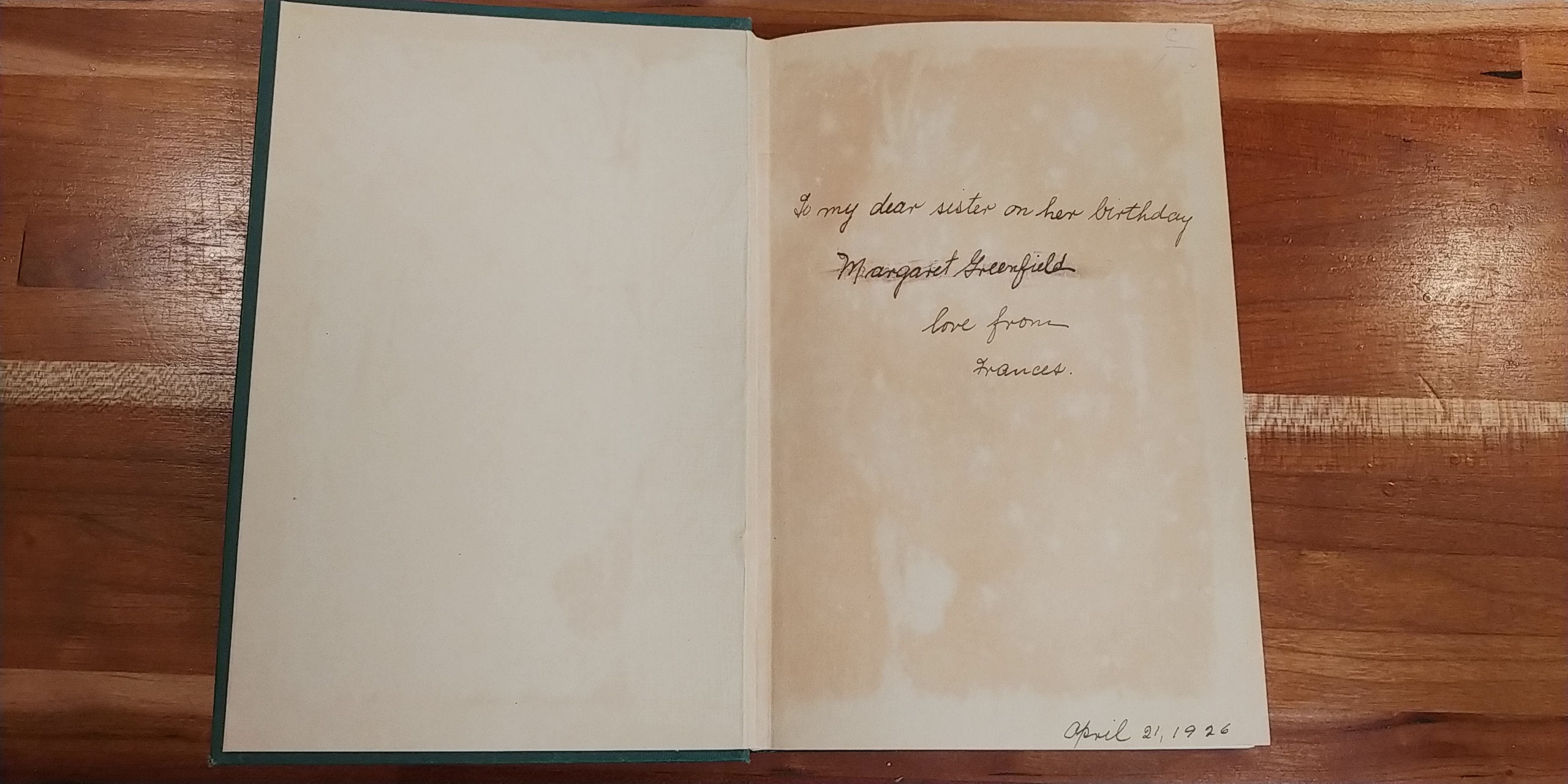 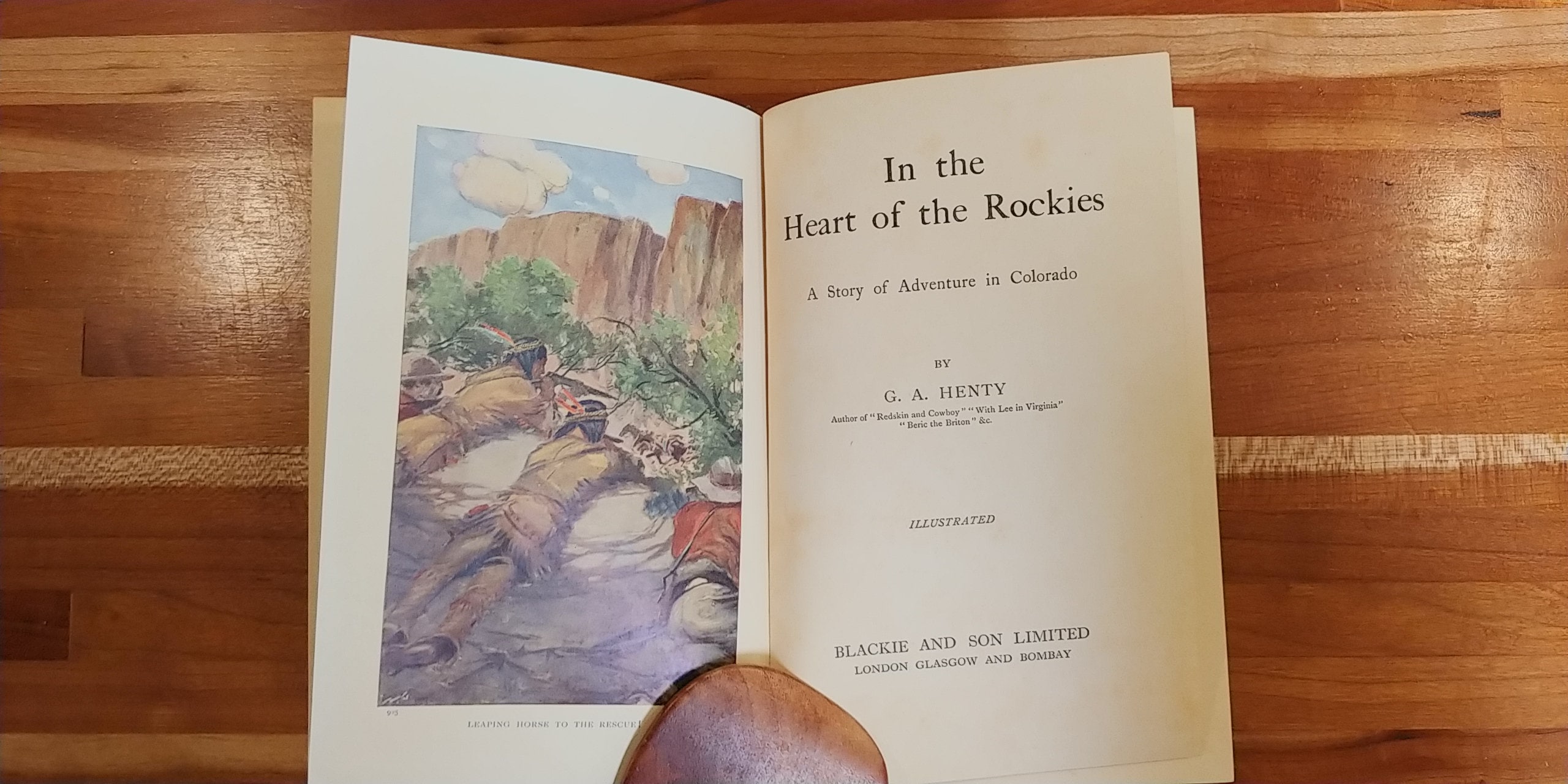 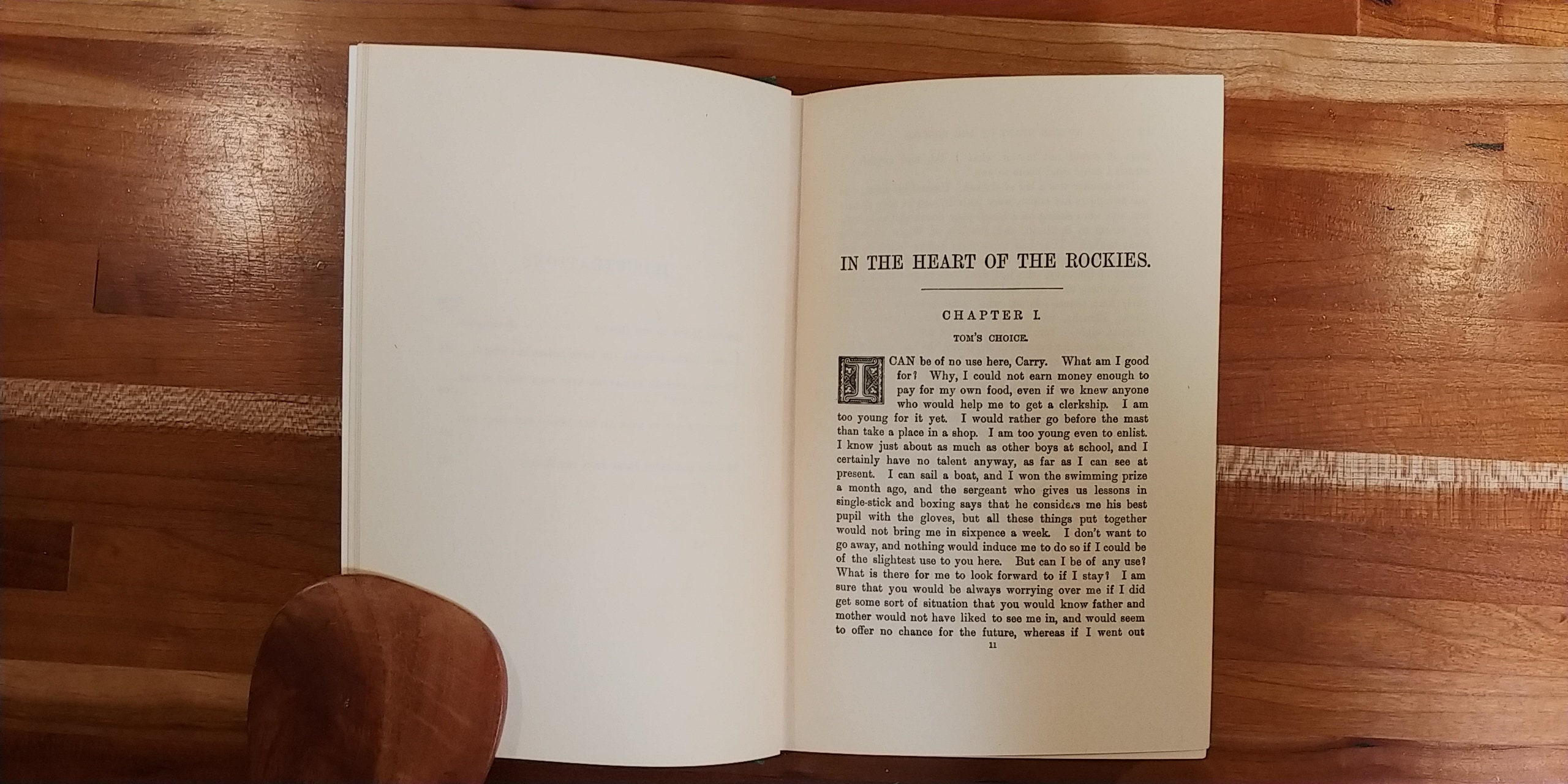 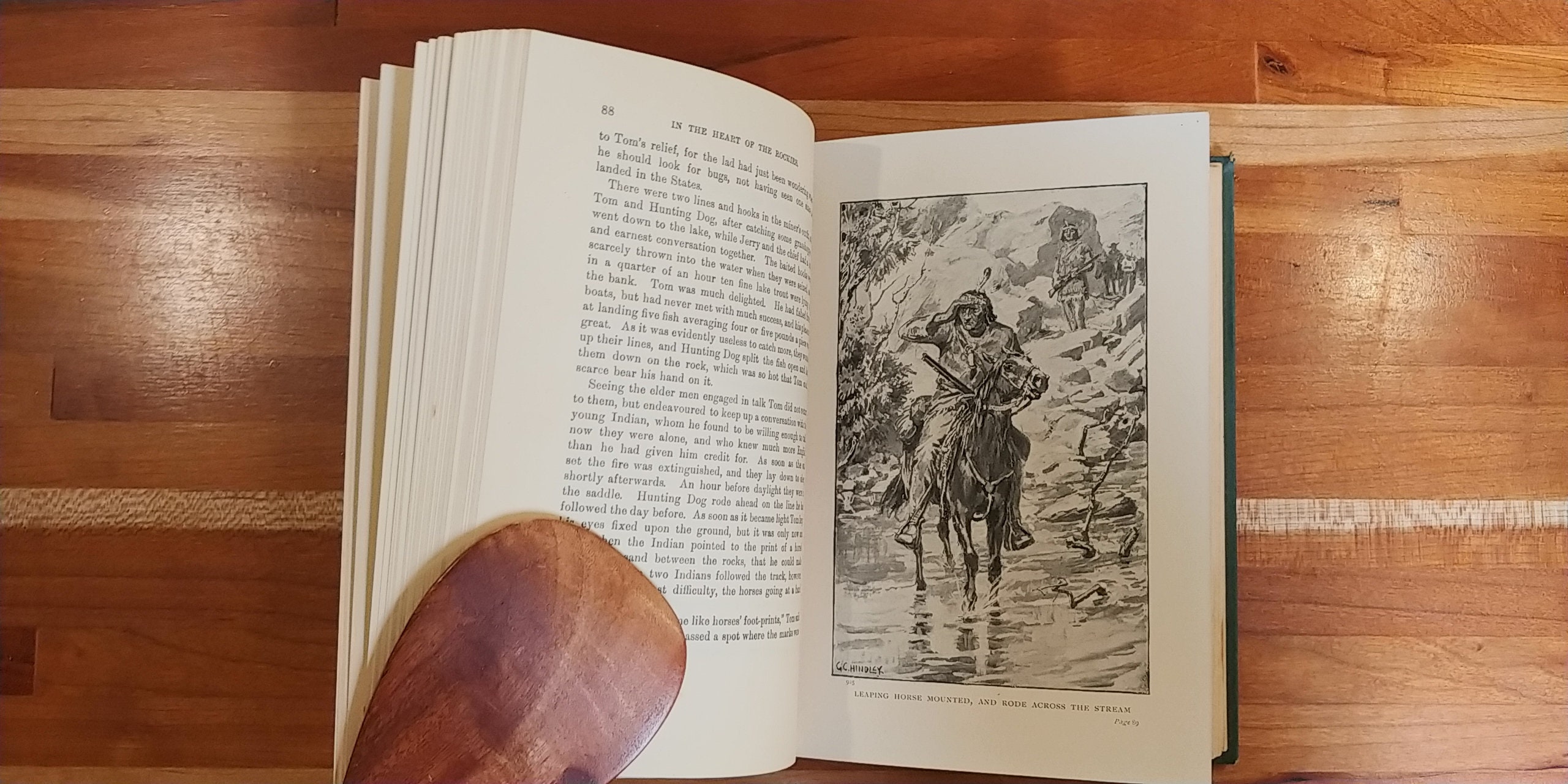 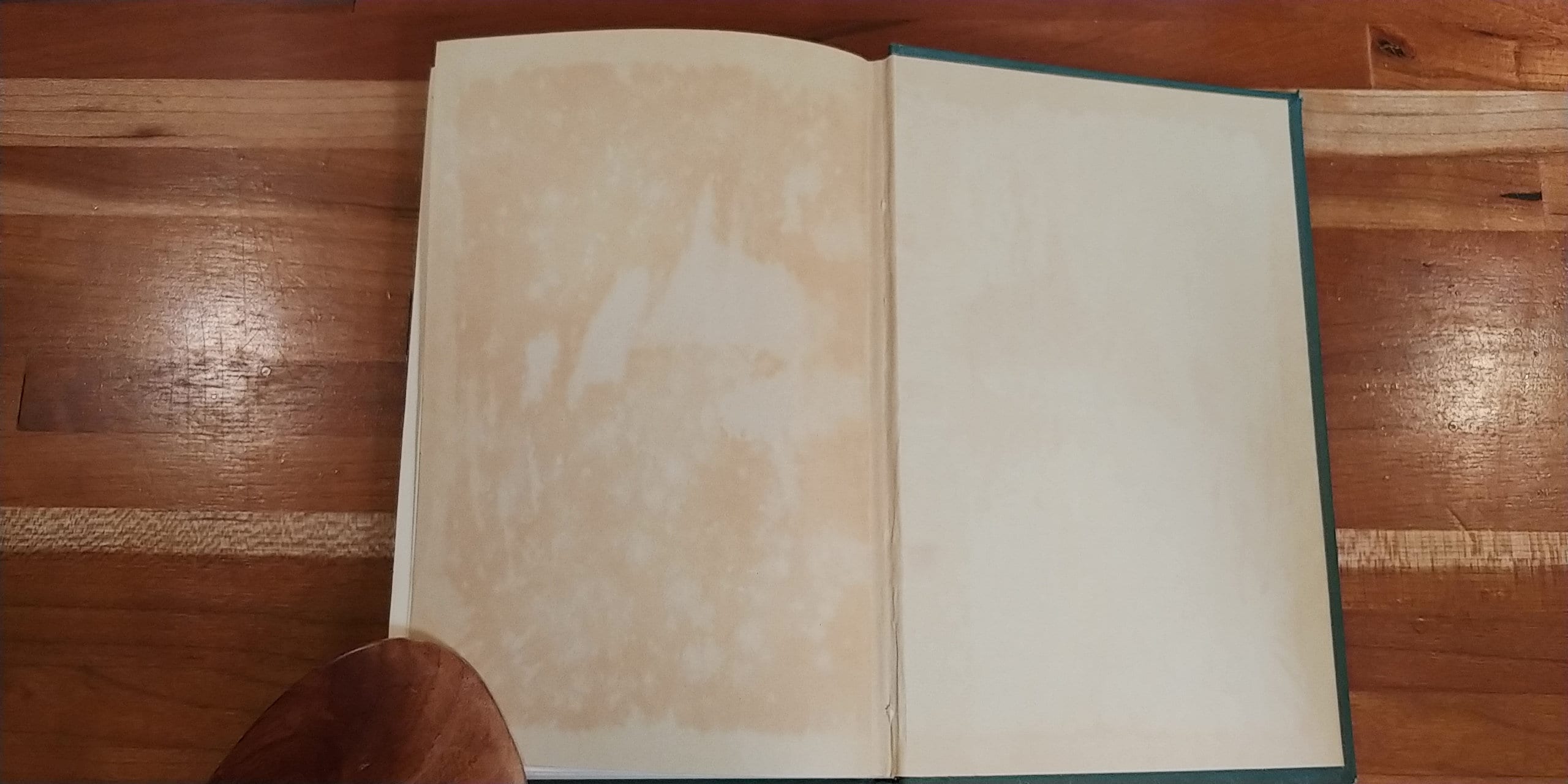 1922 UK edition of In the Heart of the Rockies by G. A. Henty, a story of adventure in Colorado.

Preface to the Original Edition

"Until comparatively lately that portion of the United States in which I have laid this story was wholly unexplored. The marvelous canons of the Colorado River extend through a country absolutely bare and waterless, and save the tales told by a few hunters or gold-seekers who, pressed by Indians, made the descent of some of them, but little was known regarding this region. It was not until 1869 that a thorough exploration of the canons was made by a government expedition under the command of Major Powell. This expedition passed through the whole of the canons, from those high up on the Green River to the point where the Colorado issues out on to the plains. Four years were occupied by the party in making a detailed survey of the course of the main river and its tributaries. These explorations took place some eight or nine years after my story. ..." - G. A. Henty

Young Tom Wade heads West to Denver to improve his family's fortunes and meets more adventure than even he bargained for.

George Alfred Henty (1832 - 1902) was an English war correspondent, and in his time, one of the most popular authors of adventure stories for children and young adults. According to his UK publisher, Blackie & Son, global sales of his books may have reached 25 million.

NOTE: True first editions of Henty's books were published in the UK, most by Blackie & Son. Scribner's published the later US editions.