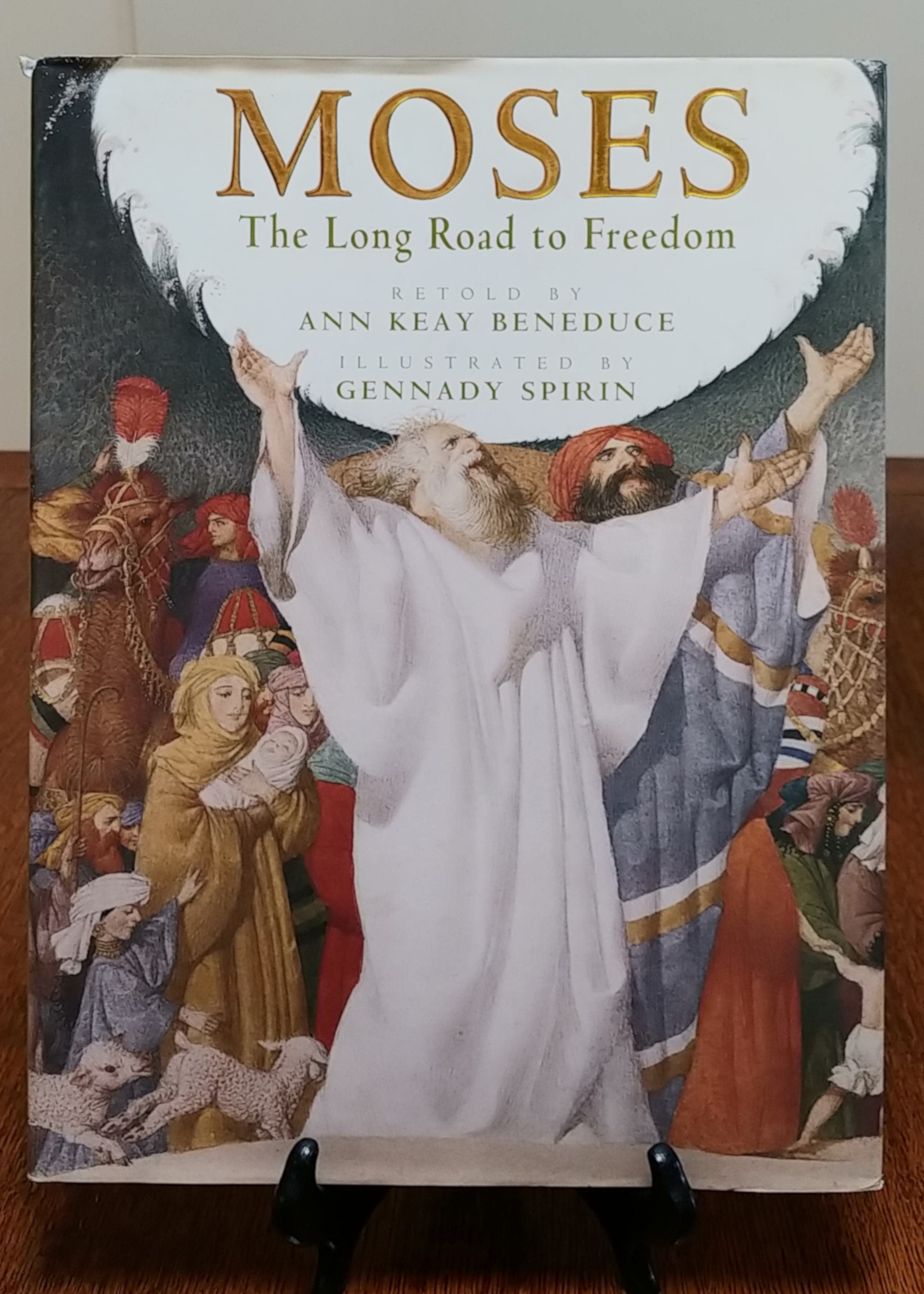 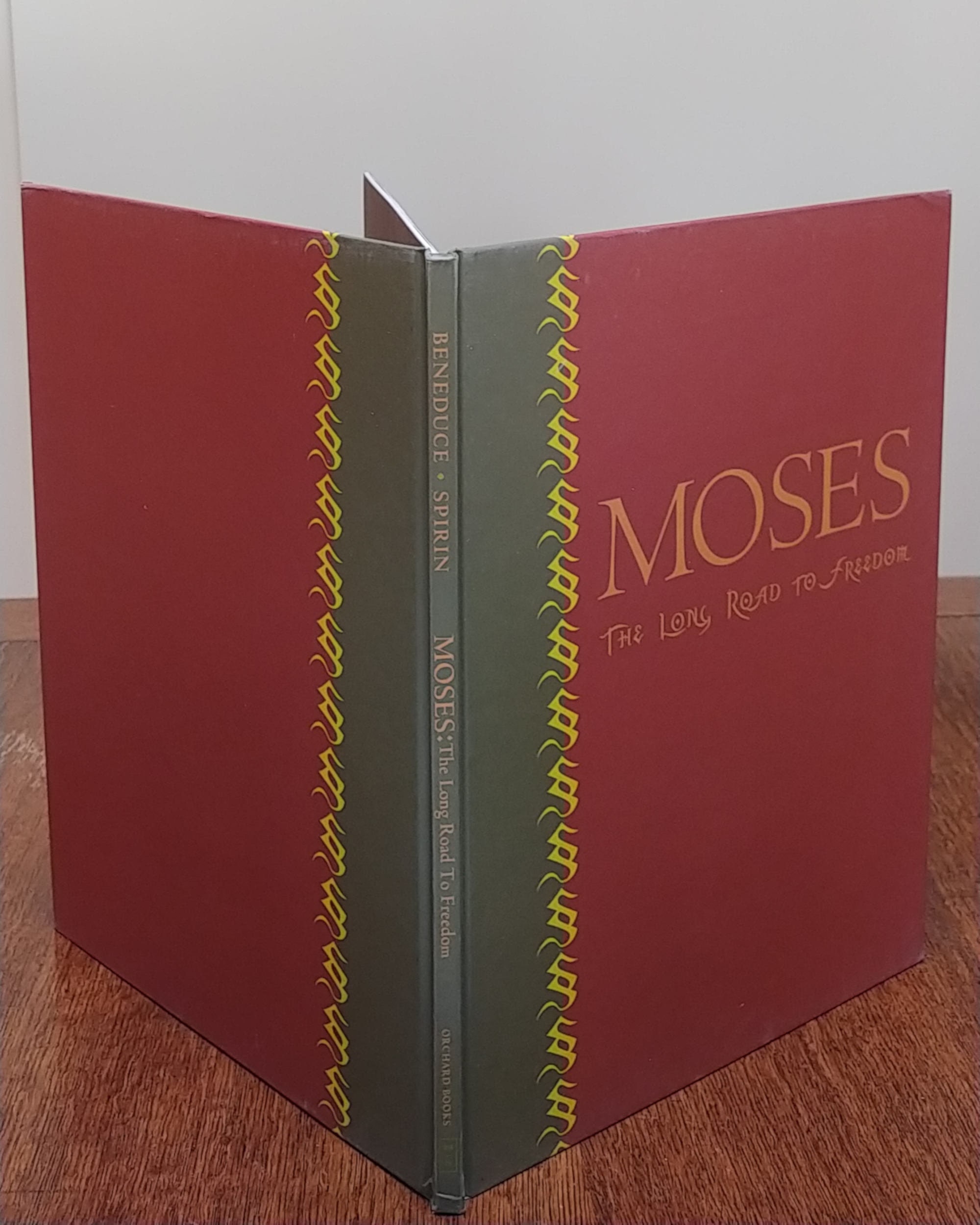 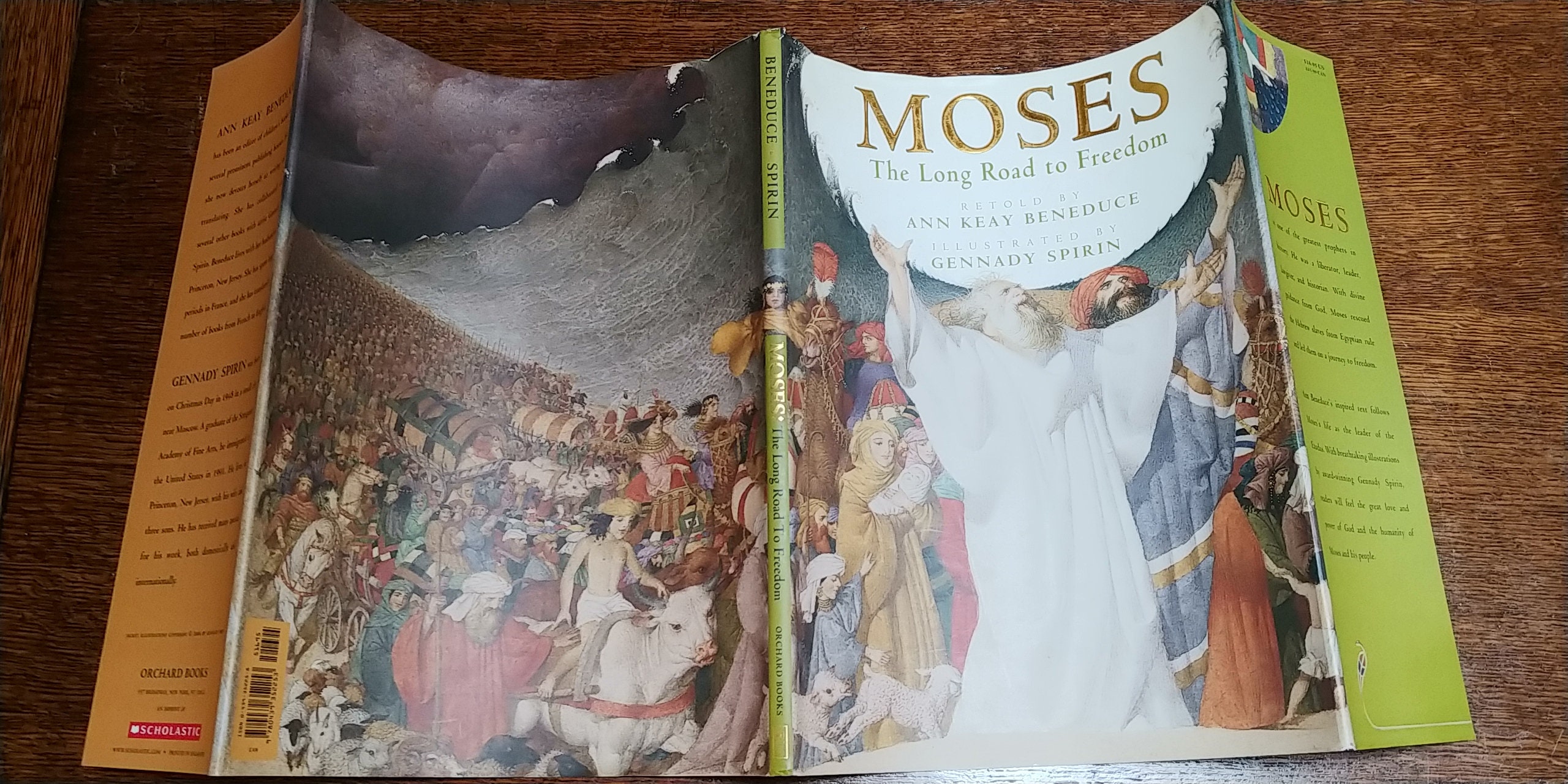 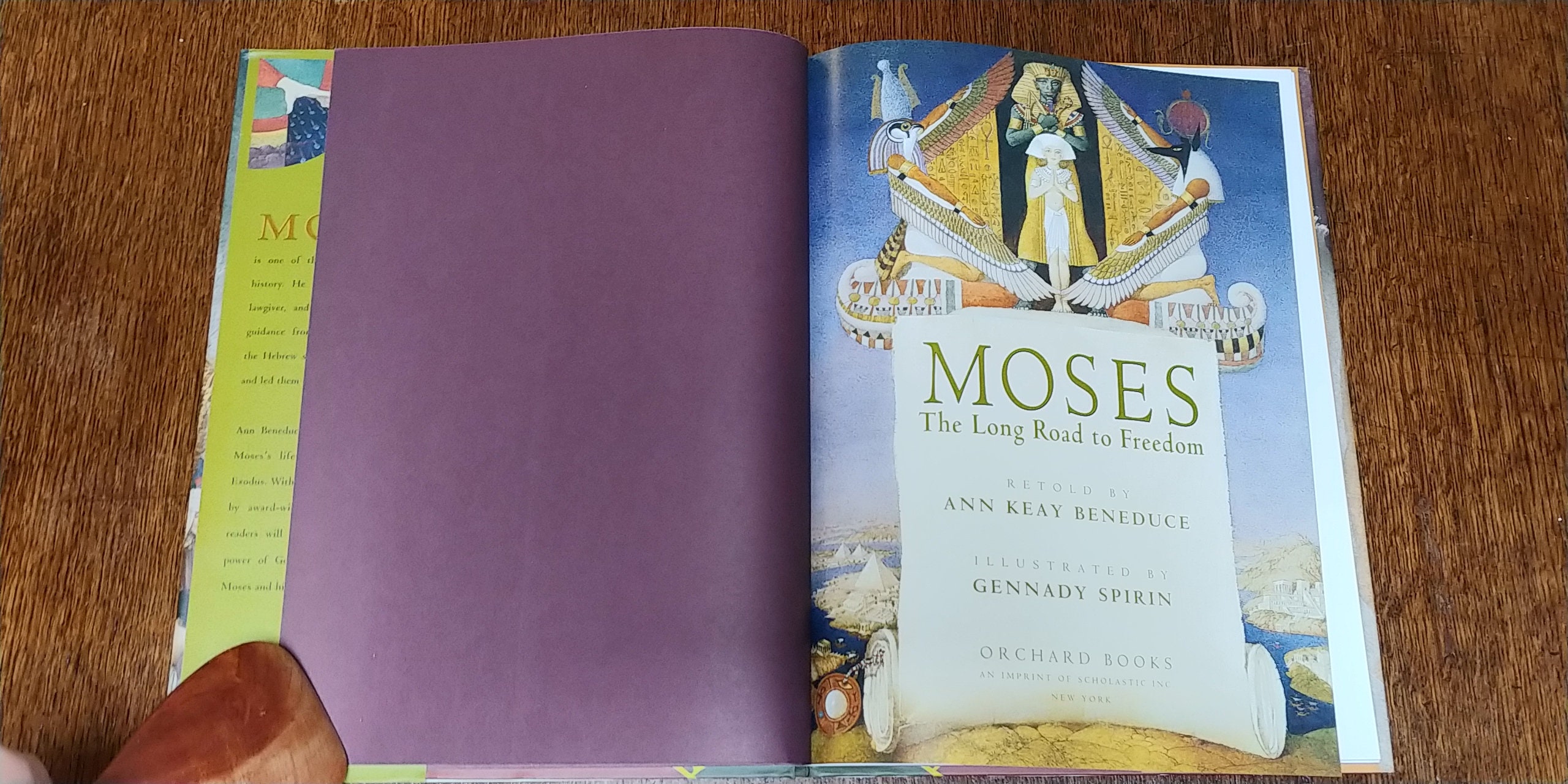 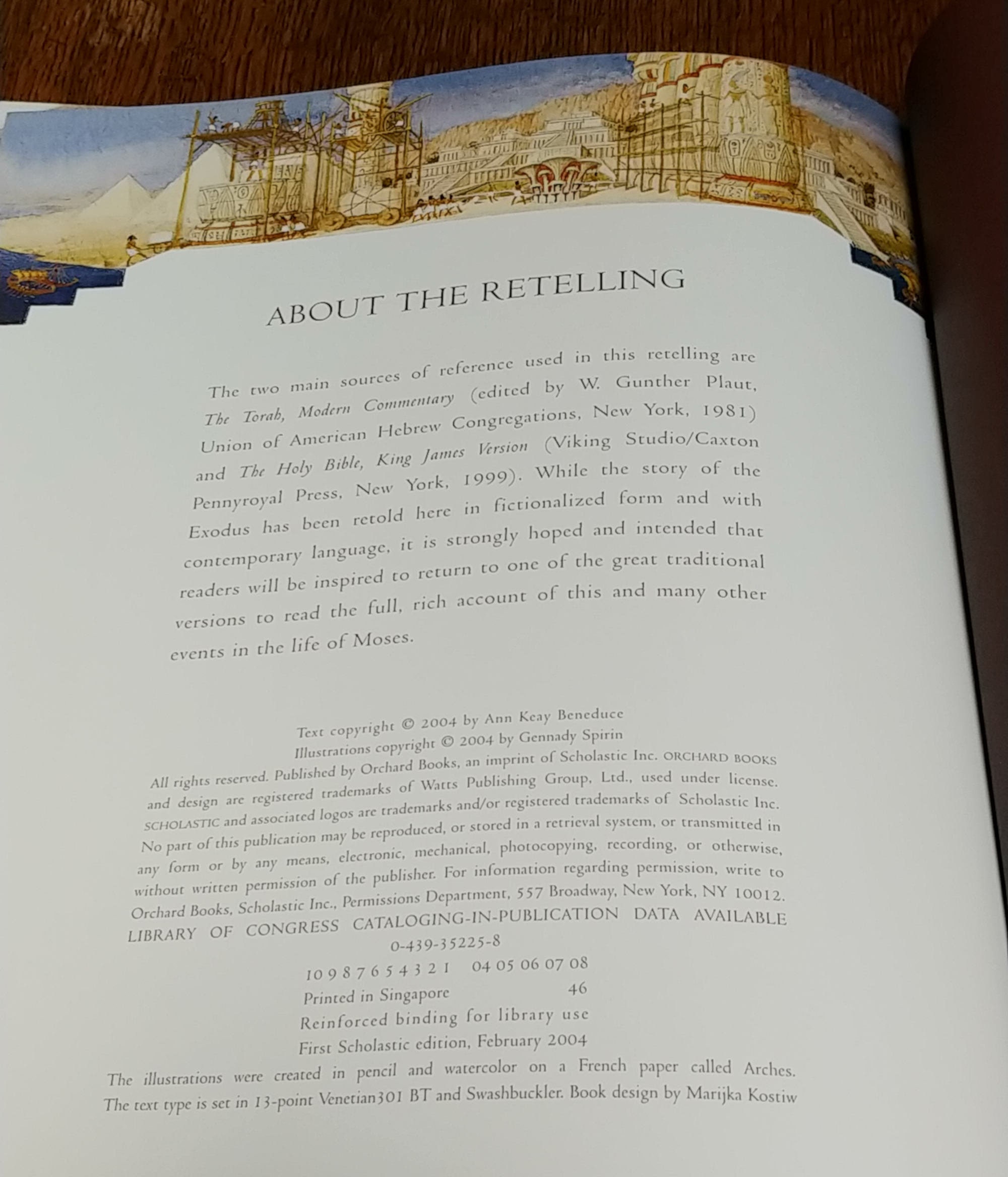 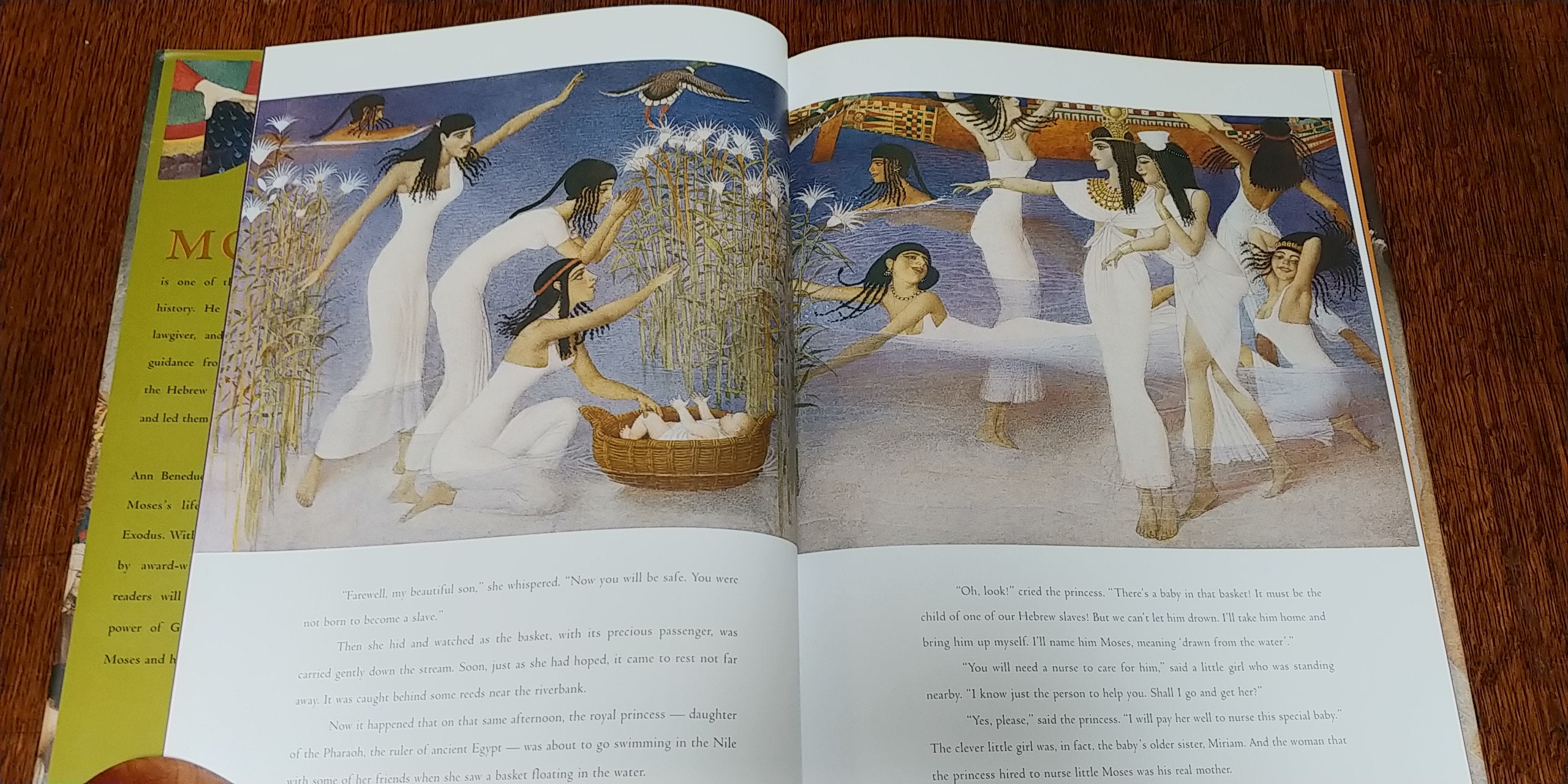 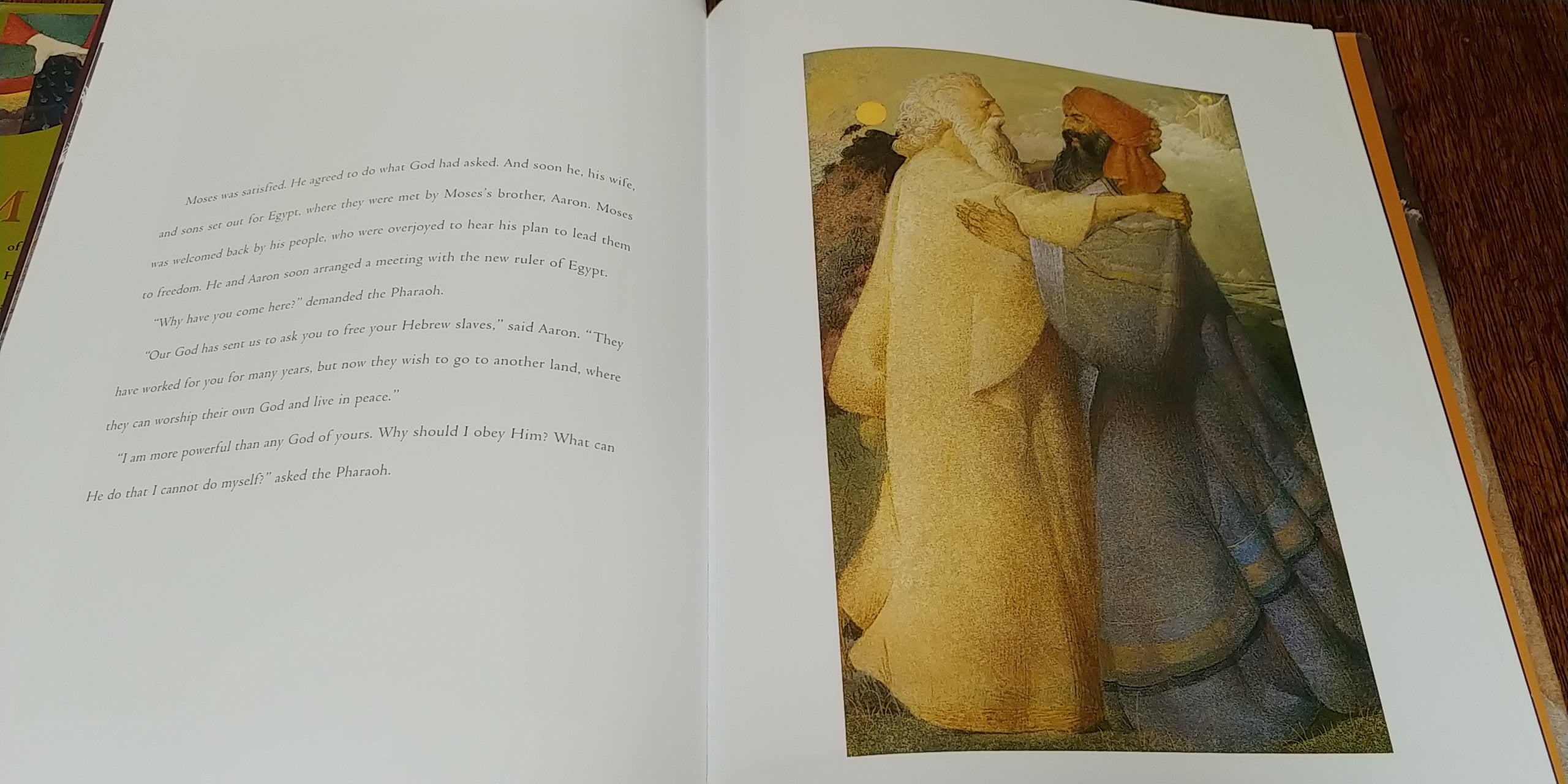 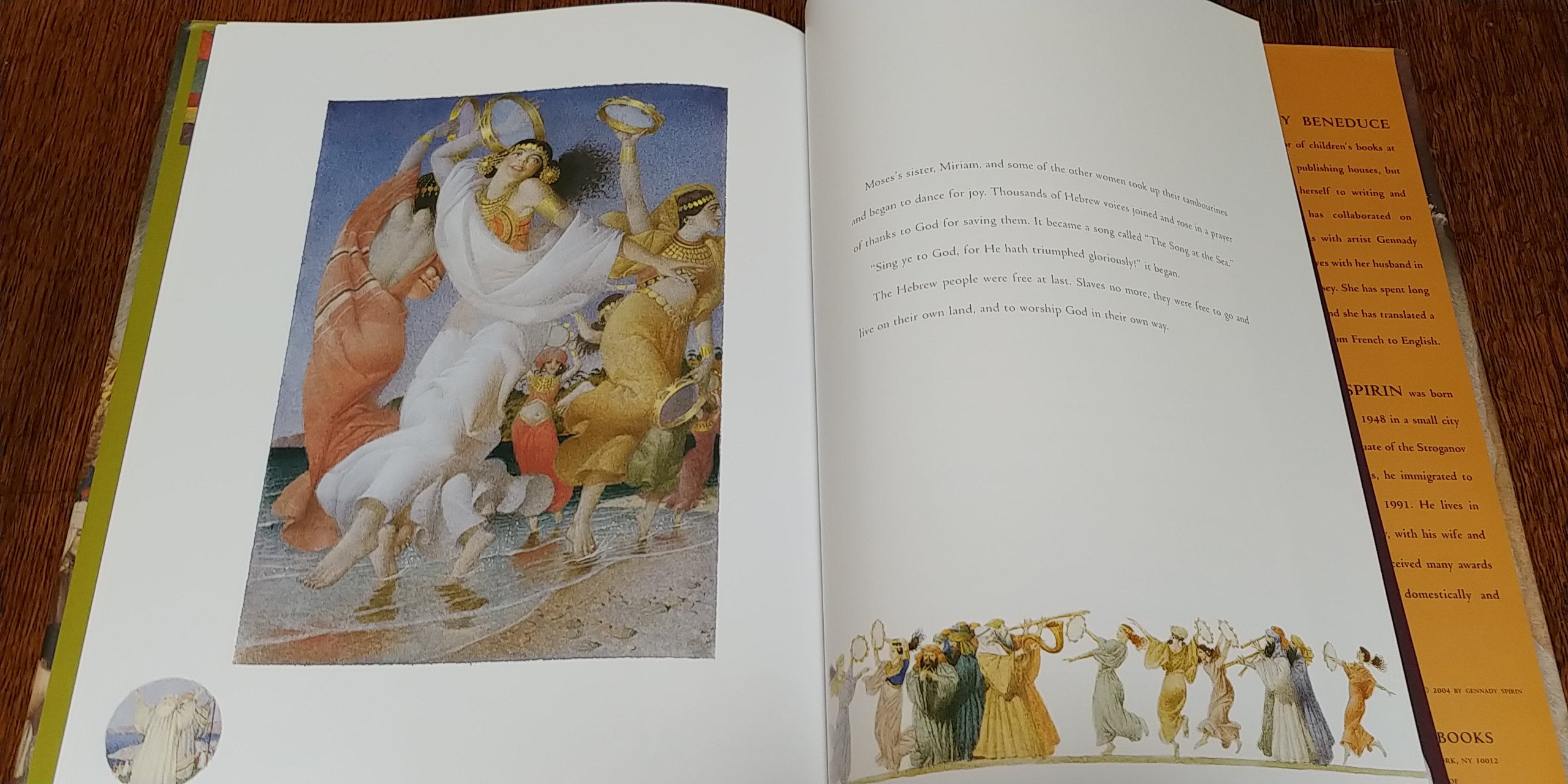 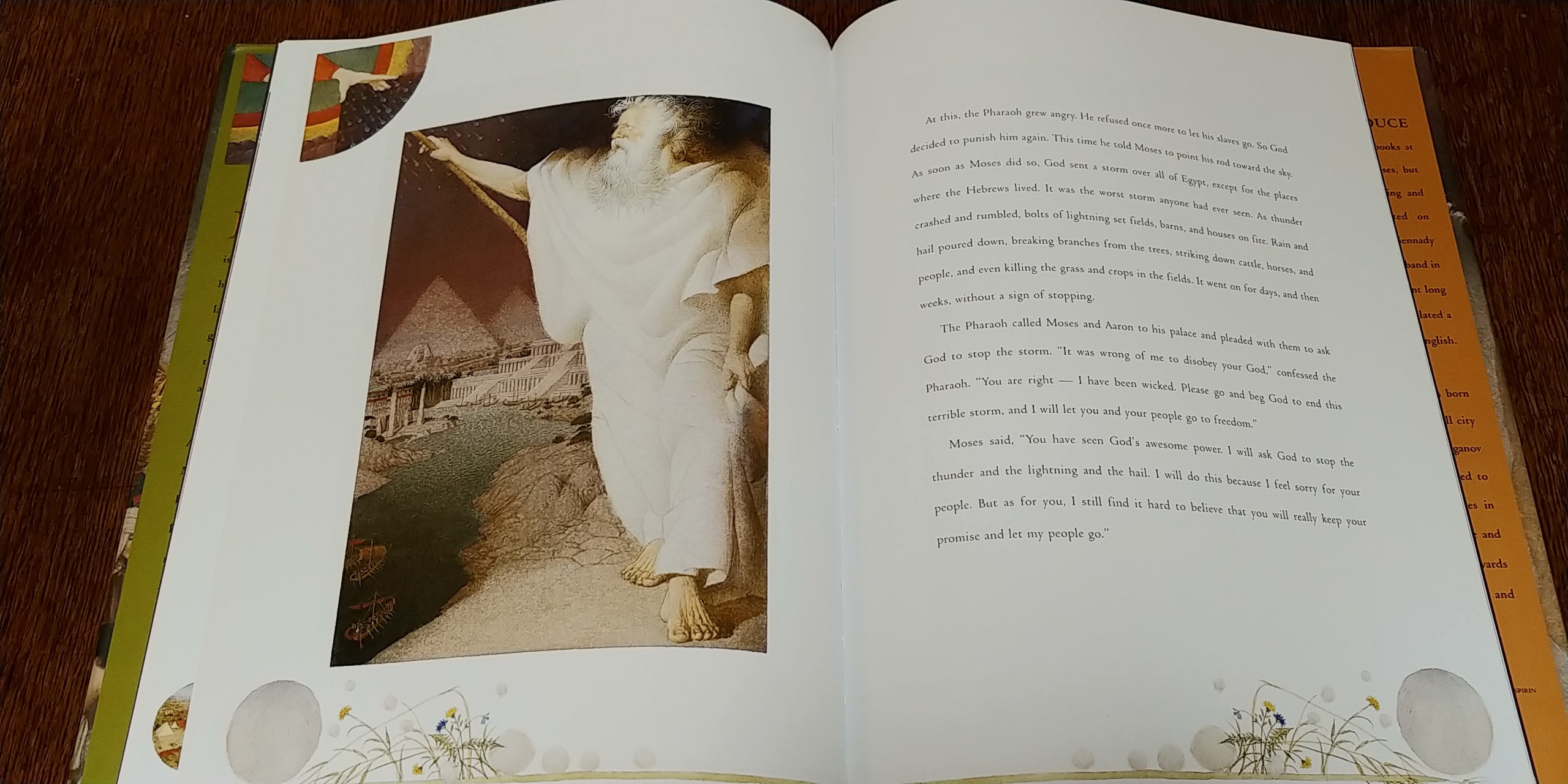 "The young mother kissed her sleeping baby tenderly, and then placed him in a wicker basket, which she set carefully into the water at the edge of the Nile River.

"Farewell, my beautiful son," she whispered. "Now you will be safe. You were not born to become a slave."

"Then she hid and watched as the basket, with its precious passenger, was carried gently down the stream. Soon, just as she had hoped, it came to rest not far away. It was caught behind some reeds near the riverbank."

"The two main sources of reference used in this retelling are The Torah, Modern Commentary (edited by W. Gunther Plaut, Union of American Hebrew Congregations, New York, 1981) and The Holy Bible, King James Version (Viking Studio/Caxton Pennyroyal Press, New York, 1999). While the story of the Exodus has been retold here in fictionalized form and with contemporary language, it is strongly hoped and intended that readers will be inspired to return to one of the great traditional versions to read the full, rich account of this and many other events in the life of Moses."

Condition*: Near Fine/Near Fine. Dust jacket: Bumped at the head of the spine, with very small closed tear. Shadow of a small label in the top right corner of the front flyleaf.