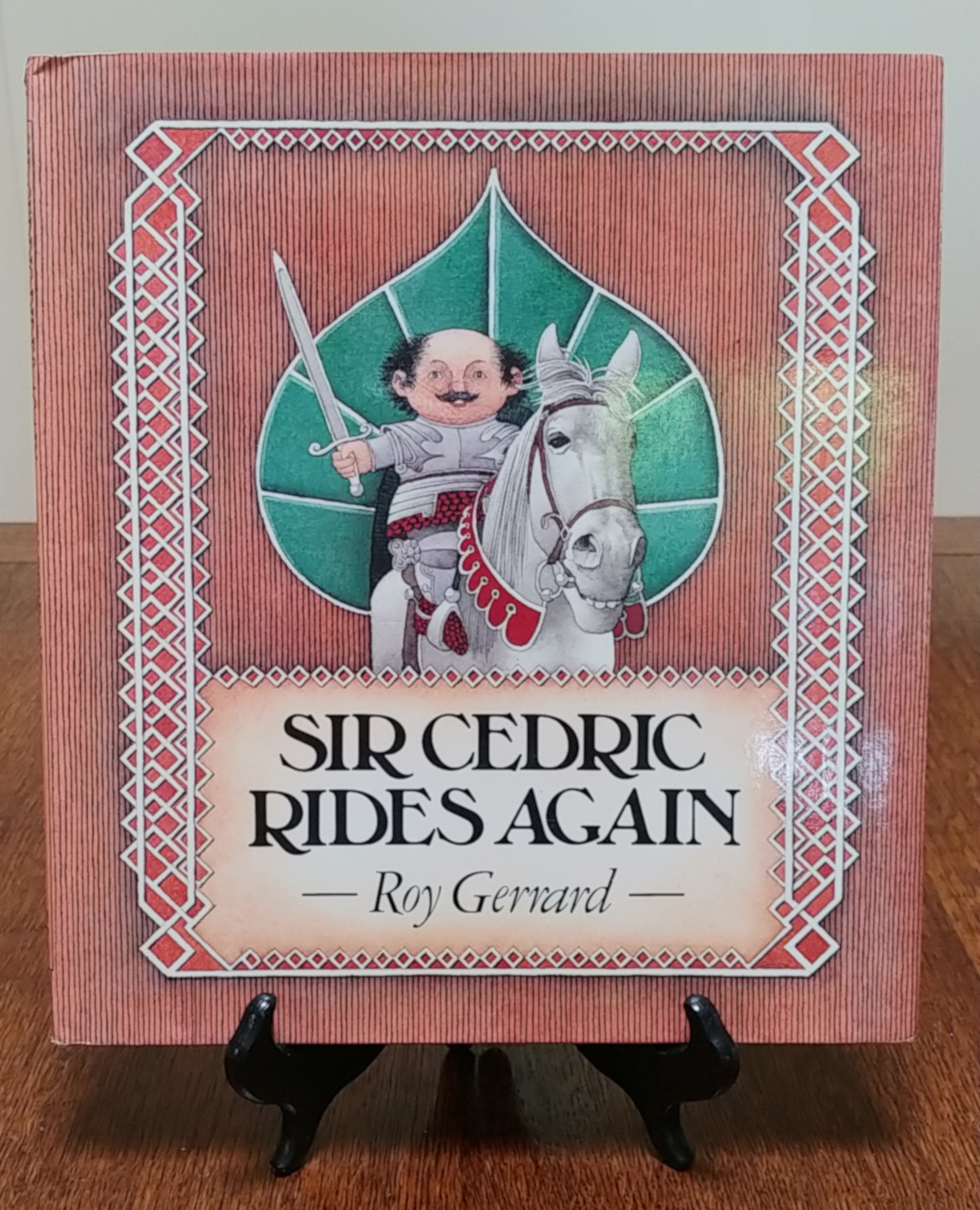 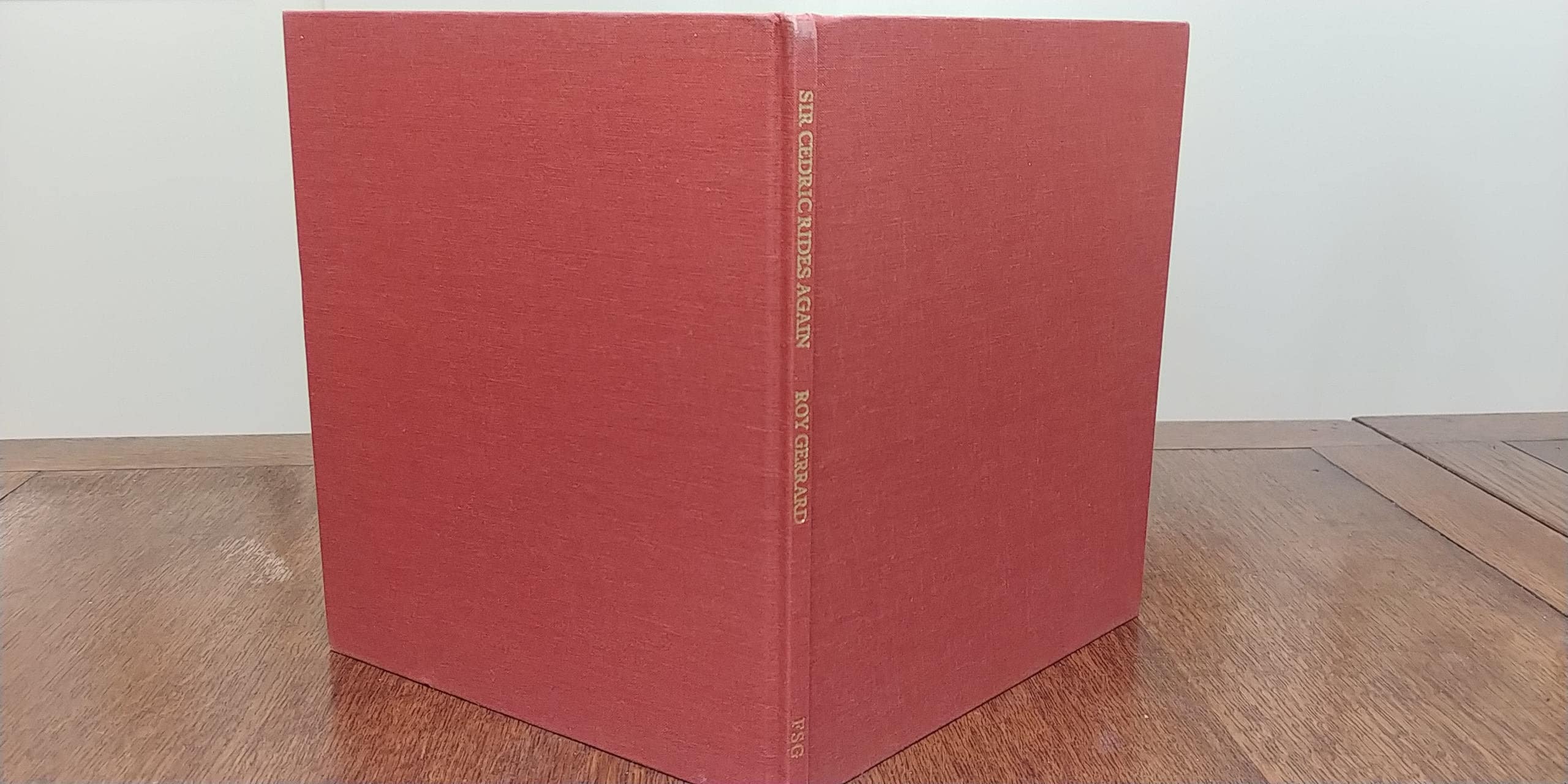 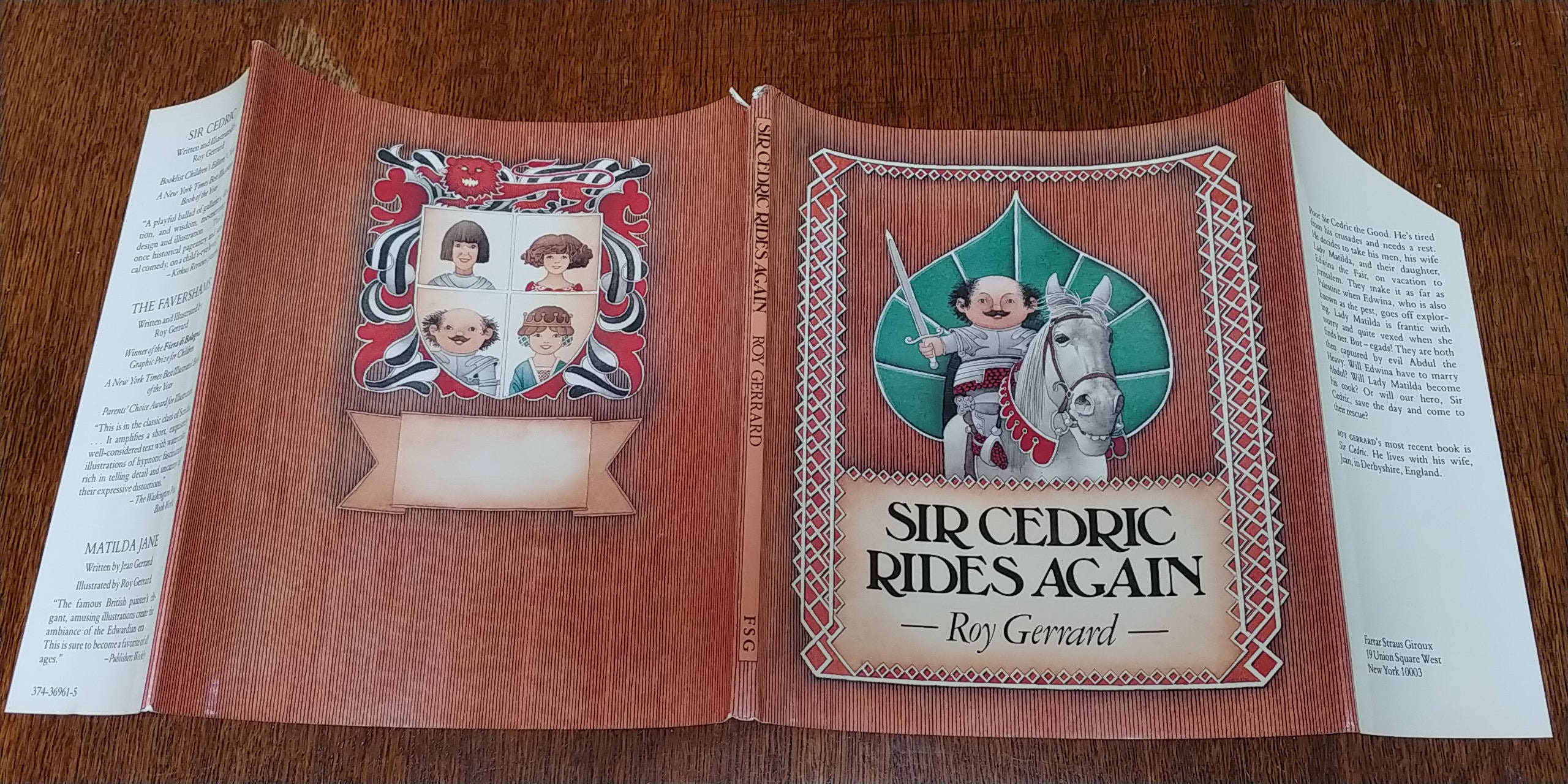 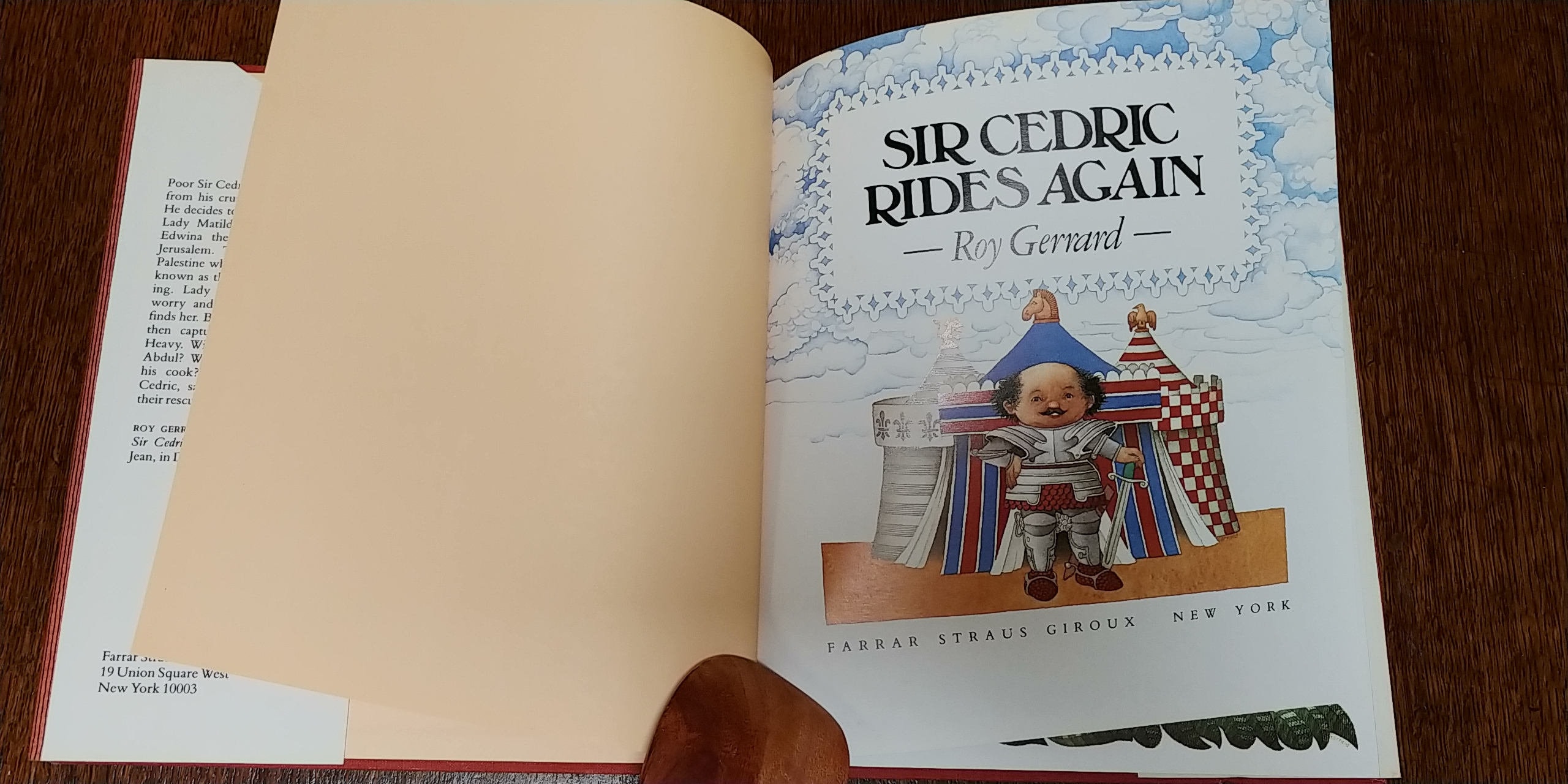 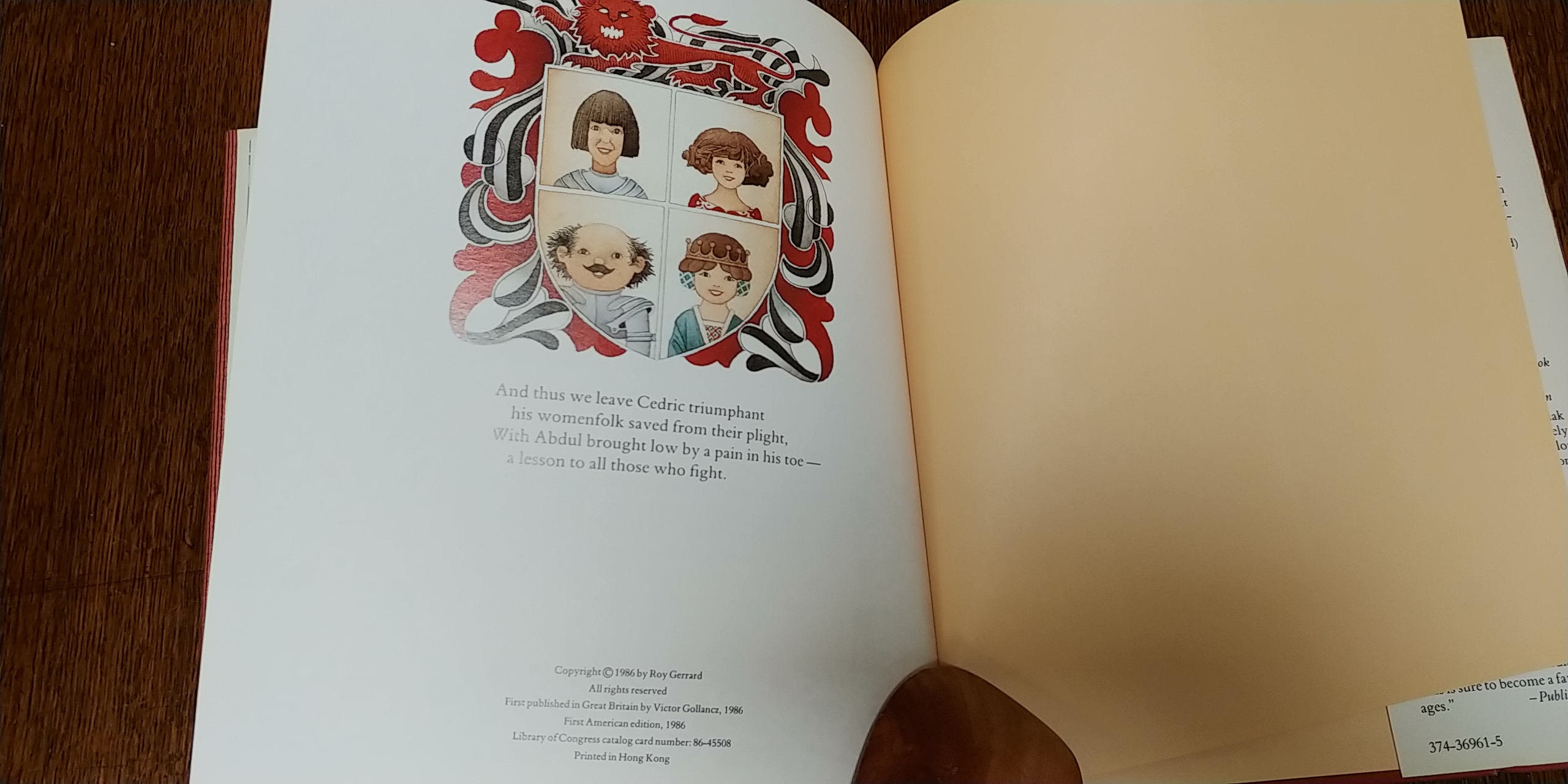 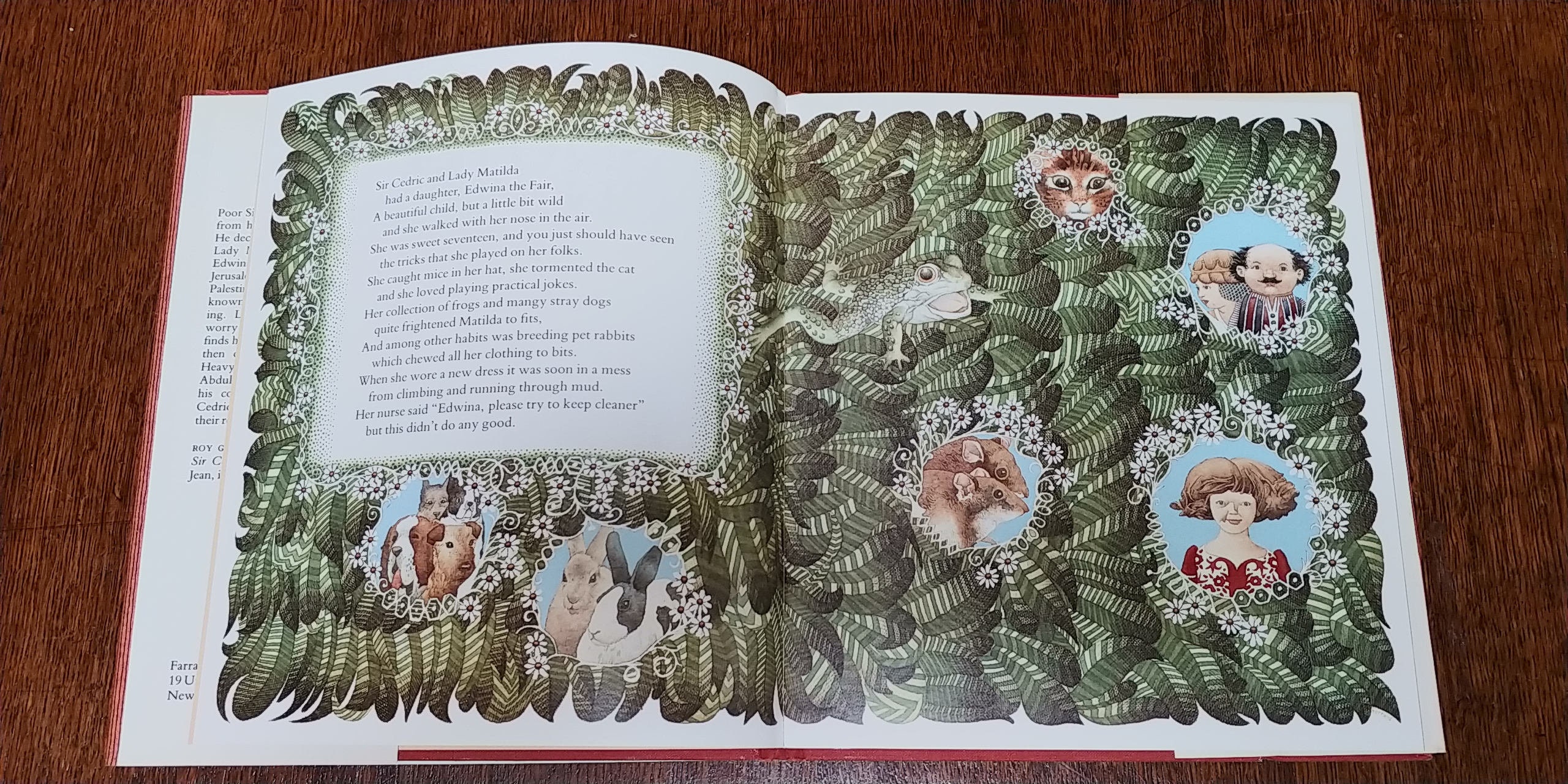 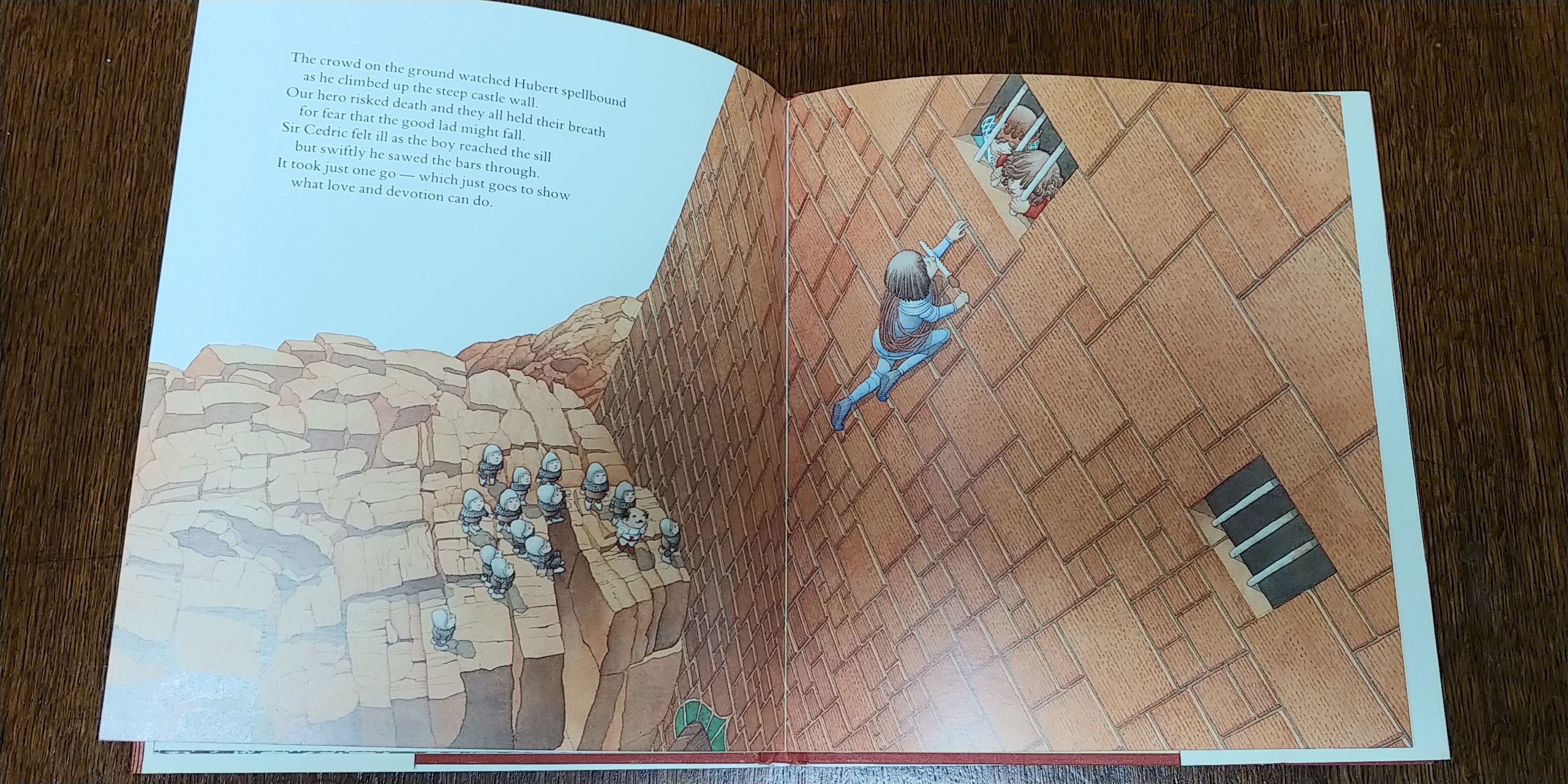 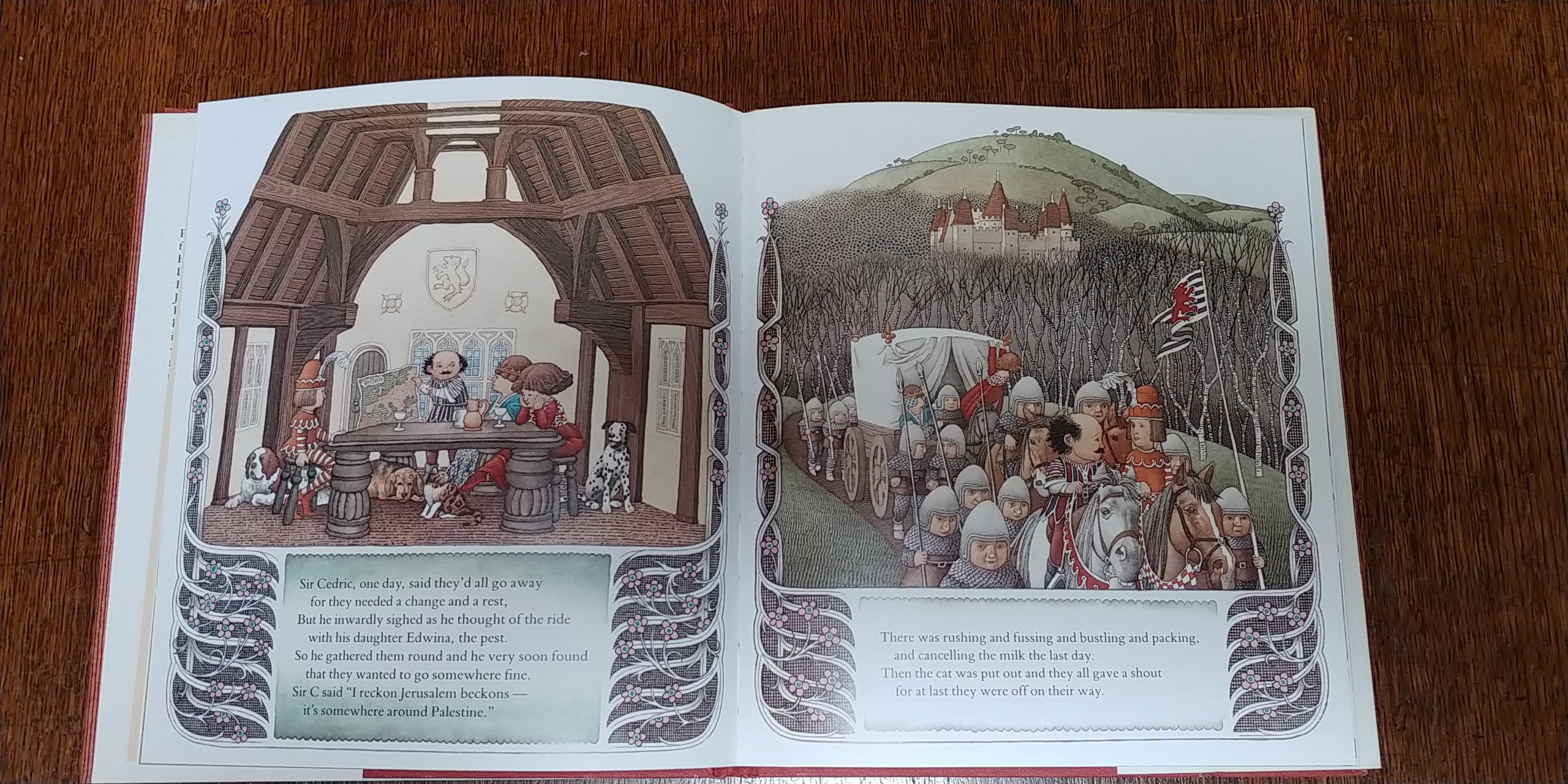 First American edition of Sir Cedric Rides Again by Roy Gerrard, in which wild Edwina meets her match in the surprisingly brave boy she called "pipsqueak".

I've enjoyed the late Roy Gerrard's (1935 - 1997) unique and charming books since I first read Rosie and The Rustlers. The Favershams was his first book and its' success encouraged many more, including Mik's Mammoth, Sir Francis Drake, and Wagons West!

"Sir Cedric and Lady Matilda
had a daughter, Edwina the Fair,
A beautiful child, but a little bit wild
and she walked with her nose in the air.
She was sweet seventeen, and you just should have seen
the tricks that she played on her folks.
She caught mice in her hat, she tormented the cat
and she loved playing practical jokes.
Her collection of frogs and mangy stray dogs
quite frightened Matilda to fits,
And among other habits was breeding pet rabbits
which chewed all her clothing to bits.
When she wore a new dress it was soon in a mess
from climbing and running through mud.
Her nurse said "Edwina, please try to keep cleaner"
but this didn't do any good."

But this story isn't about Edwina. It's about Hubert. The boy she'd called a "pipsqueak". After a great adventure, in which Sir Cedric takes his family to Jerusalem, and Edwina and her mother escape the clutches of Abdula the Heavy, and Hubert impresses everyone with his bravery, Edwina and her hero live happily ever after.